Last night's SportsConnectTO event brought out fans of Toronto sports as well as representatives of the CFL, Jays and MLSE to talk about how each of the teams are using social media to engage with their fans and build their communities. We first talked about local teams and social media with my article about the Maple Leafs in February, and Toronto teams' online presence has been growing steadily since then.

SportsConnectTO was the first event in Toronto that paired sports with social media in a public panel. It was organized by sports fans and members of Toronto's social media community including TechVibes writer Karim Kanji and blogger Joallore Alon and held at the tech-friendly Ryerson Digital Media Zone, home of student-run companies like TeamSave. 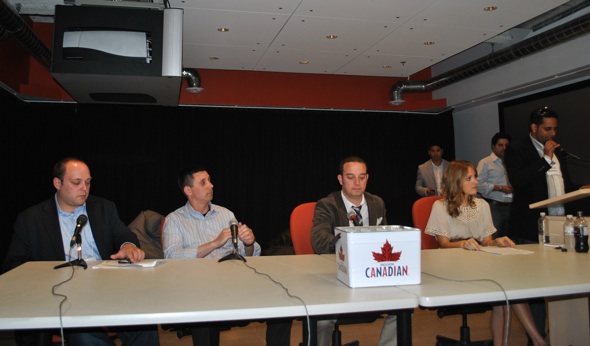 Because of my love for all Toronto sports (especially the Maple Leafs and the Blue Jays) I was asked to moderate the panel and ask the tough questions. It included representatives from many of Toronto's biggest teams - Jaime Stein, the CFL's Manager of Digital Media; Rob Jack, the Toronto Blue Jays' Manager of Promotions and Fan Activation; and Jonathan Sinden, Manager of Social Media at Maple Leaf Sports and Entertainment (the company behind the Toronto Maple Leafs, Toronto Raptors, Toronto Marlies and Toronto FC).

I asked the panel about how they got involved with their respective teams/leagues (Rob has been working at the Blue Jays since he was 15!), and how they got involved with social media - all of them insisted that there was top-down support from the get-go, and Jaime even says that the CFL commissioner is a Twitter addict (@canadiancommish). Jon talked about how he keeps fans positive after a tough loss or season - he says they understand it comes with the territory, and lets them vent online. He also talked about how players are getting involved with social media, and used the Raptors' Chris Bosh as an example of someone who has built a great personal brand online - now if we only knew if he'd be around next season. 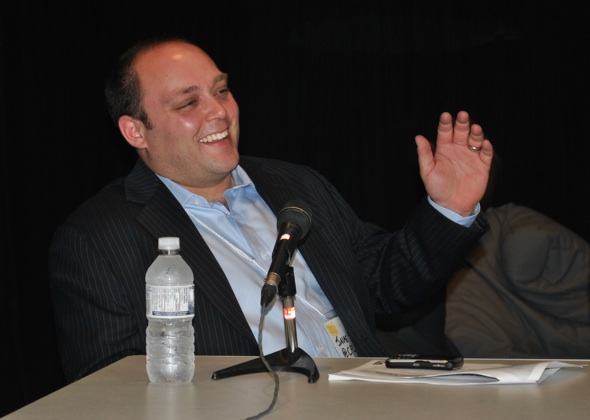 Rob answered questions about the Blue Jays lagging attendance - he pointed to initiatives like the recent Tweeting Tuesdays as a way to get fans excited about the game through social media. He also talked about the importance of being a fan first and an employee second (the other panelists are also huge fans of their respective teams), so that the passion for the team comes through on social media channels.

Jaime had a unique perspective since he's at the league level, and still gearing up for the CFL season. He talked about a successful promotion they did at the Grey Cup last year - he gave all of the staff access to the Twitpic account so fans got a behind-the-scenes tour that they otherwise wouldn't have seen. He said that's the great thing about sports and social media - it gives fans access to the teams they love, and the people behind it (Jaime says he regularly chats with fans he meets through social media to hear their ideas).

The common thread for each panelist was that it's all about communication and engagement with fans. Whether on their Facebook fan page, their communities like LeafSpace, or their Twitter account, they're all trying to be authentic and listen to fans. It wasn't all about Twitter and Facebook though - all of the panelists said they're on board with location-based services like Foursquare, but couldn't say what any discounts or promotions would look like for Mayors of their sports venues. 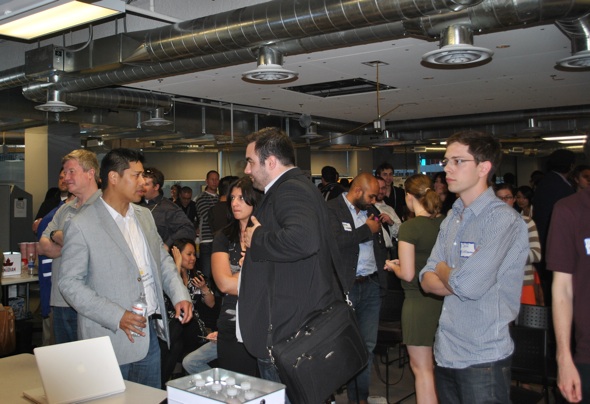 Audience questions raised some interesting points about collaboration between teams, and how to use social media to gain support for up-and-coming sports. Toronto Rock blogger Shannon Kelly asked the panelists about whether or not they plan to work with each other on initiatives and promotions - Kelly recently attended a Blue Jays game with her Rock colleagues and fans and posted videos and blogs about the event. The panelists were unanimous in saying that they don't view each other's teams as threats to their attendance and community, and they want to work together in the future to increase the fan base for Toronto sports.

Another audience member asked about his favourite sport, cricket, which doesn't enjoy the same fan base as hockey or baseball. The panelists admitted they might not know all the rules to cricket, but insisted that there is an audience out there who is passionate about the sport. They pointed to the success of the Toronto FC, as soccer wasn't always embraced in Toronto (remember the Toronto Blizzard?). 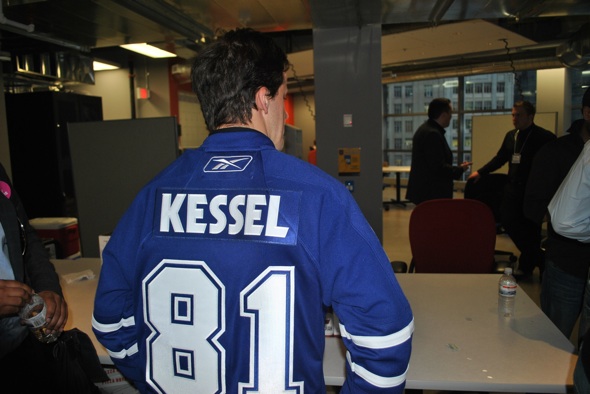 While the panelists couldn't promise a winning season for any of their teams, they did say that they'll continue to use online tools to engage fans, hopefully increase attendance, and foster the local sports communities. And if you want to ask them for yourself, they're waiting for your Tweets (@bluejays @mapleleafs @raptors @cfl @torontofc).