Google Street View Toronto in now finally up and running! It's also live for Ottawa, Vancouver, Montreal, Calgary, and Halifax.

We've been waiting for it for a long time for this in Canada. Since back in April, the Google Street View camera cars were seen in and around the GTA, and speculation that the new visual feature would be implemented "soon" remained alive and well. But it's been so long that most of us forgot about it. Until today!

And there are some hilarious moments captured.

First go to Toronto on Google Maps, and then drag the little yellow man human icon onto the map. Oh, and be sure to try it in full screen (there's an expand icon at the top right of the street view screen). Looks great!

Have fun exploring, and let us know if you find anything interesting by posting links and/or commenting below! Well post sceencaps too. 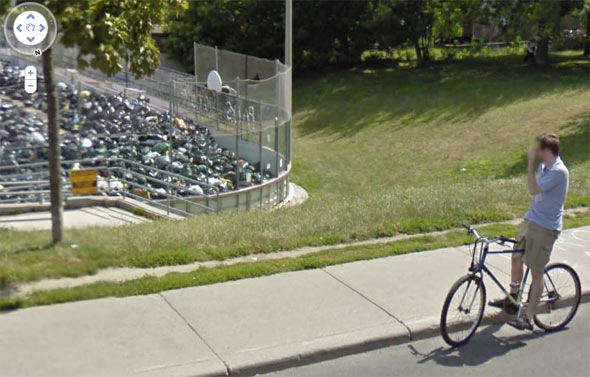 Kids up to no good at Hillcrest Park: 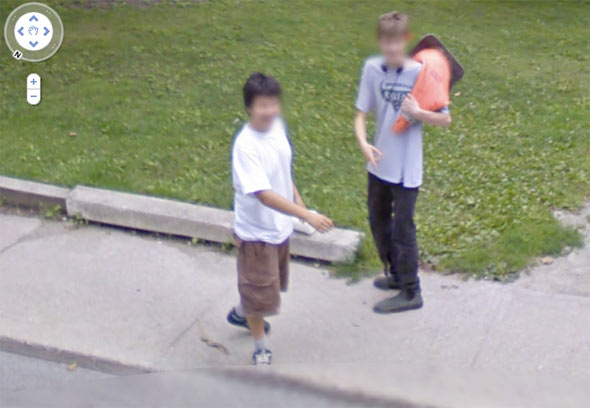 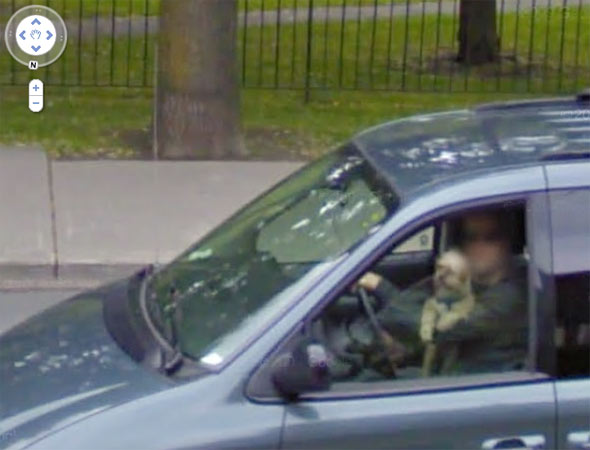 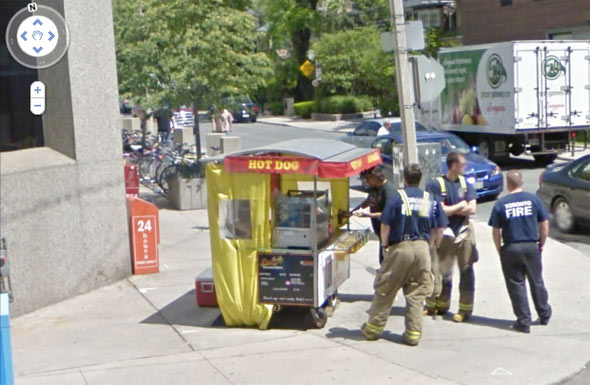 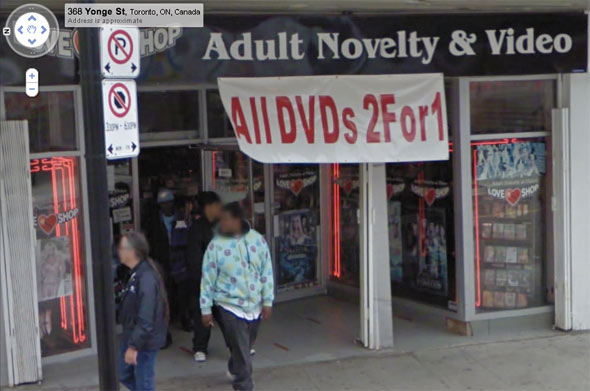 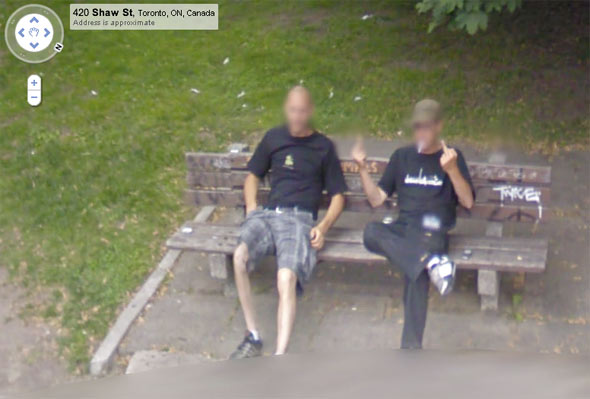 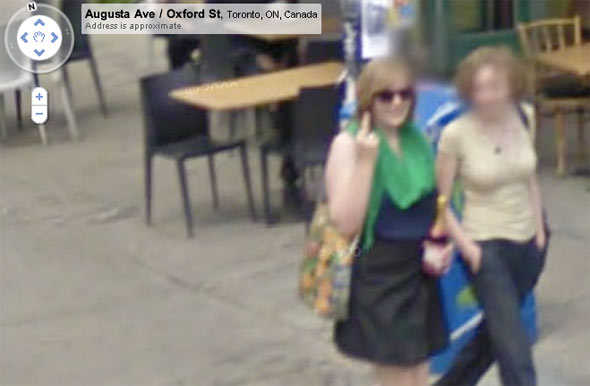 Kid getting help peeing in a bush:
>>Removed by Google!

Teenage girls lining up for a concert:

Shady business on George St.? Not sure what's going on here.

Skeleton guy on his way to Fort York:

Walking the dog in her PJs: