The inaugural Ignite Toronto saw a packed house at the Drake Underground last week. It had been a long time coming. Some of the 140 in attendance had been to an Ignite in another city. They're especially popular south of the border, but have also taken place in Paris, Helsinki and other international cities.

For the uninitiated, Ignite events always comprise two parts: (1) a contest and (2) a series of 5 minute presentations where each presenter gets 5 minutes to run through 20 slides.

For the first Ignite Toronto, there were 13 speakers ranging from Brady Gilchrist who riffed about the end of Television to Mat Lincez who discussed the evolution of street media. The speakers were almost universally entertaining, but it didn't help that all of us in the audience had a ready supply of beer; and were somewhat intoxicated on cupcake fumes from the hard-fought cupcake decoration competition that preceded the speakers. 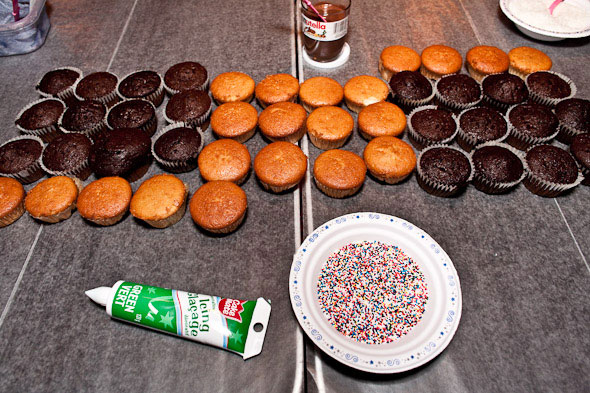 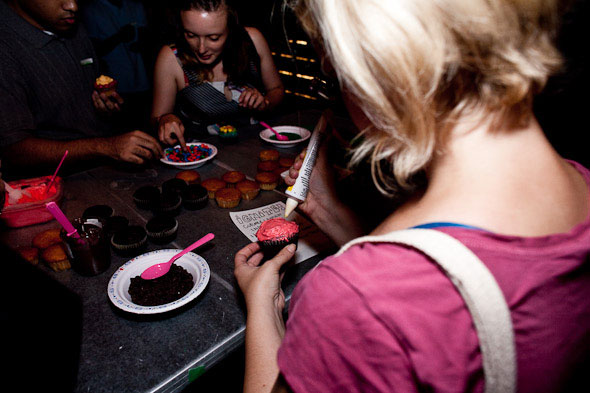 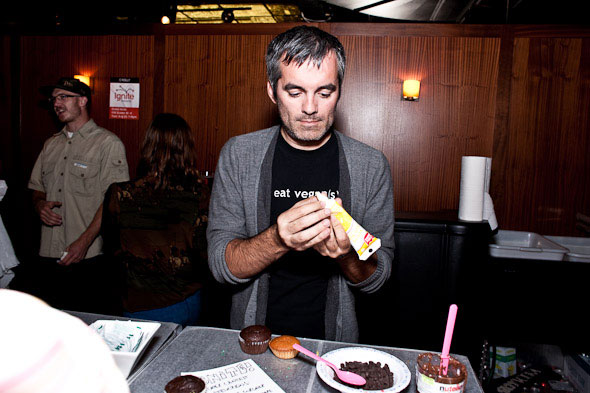 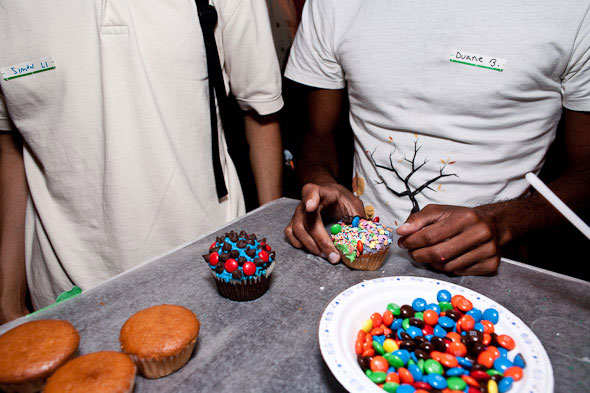 It was a competition that I spectacularly failed in. I learned that I suck at decorating cupcakes. My entry was so overshadowed by ones shaped like butterflies or happy faces that I decided that the only chance I had to get attention was to turn it into cupcake roadkill. 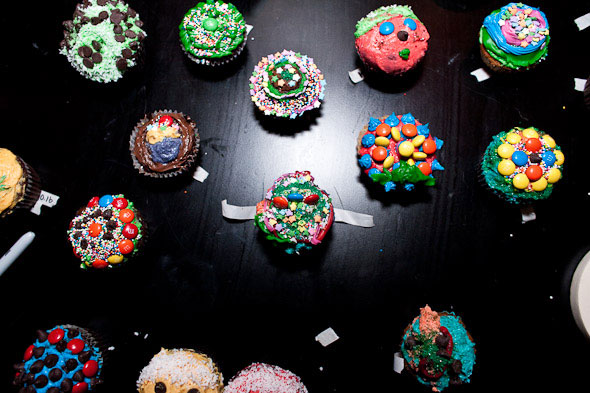 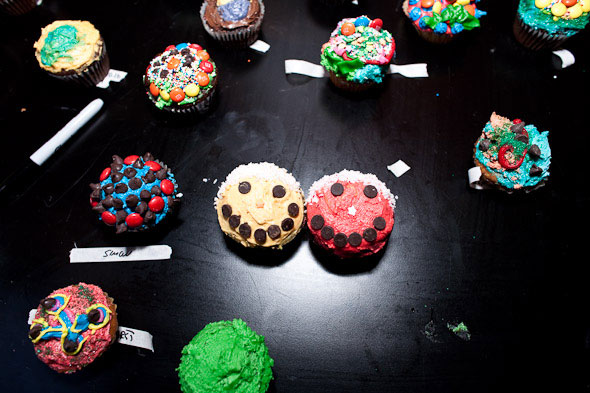 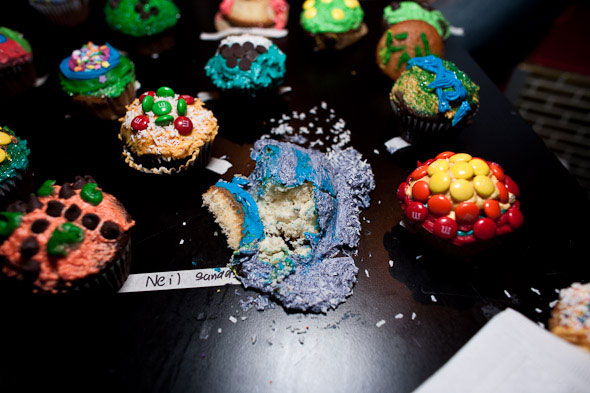 Sadly, the judges didn't see it that way. (The butterfly won)

Anyway, it was a fun competition and a fun event. The organizers have posted almost all of the videos in HD to a Vimeo channel. I have also embedded a few of them below.

Peter Horvath, one of Ignite Toronto's organizers, took time out to fill me in on some key facts about the first Toronto event and what we can expect for the future.

Ignite started in Seattle in 2006. Why do you think it took so long to land in Toronto?

Toronto's diversity is the perfect platform for Ignite. Brady Forest and Bre Pettis lit the Ignite flame and it's now in over 40 cities around the world. I believe that Toronto has accelerated lately in becoming a player on the global stage. As a result, it was only a matter of time before Ignite Toronto was born to help spread the knowledge of our innovators. There is an interesting viral aspect to Ignite, and it seems be spreading exponentially.

Yeah, but three years seems like a long time. Was it a question of nobody from Toronto trying to organize one before? Or are there some big hurdles to get over to make it happen?

Honestly, I think Ignite has becoming more popular in the last year or so. Perhaps Ignite was not as well known to Toronto. It's a very interesting question, in fact the same one I wondered myself when I realized Ignite was represented globally and Toronto wasn't taking part. This is part of the reason why Michele and I really wanted to bring it to our city. 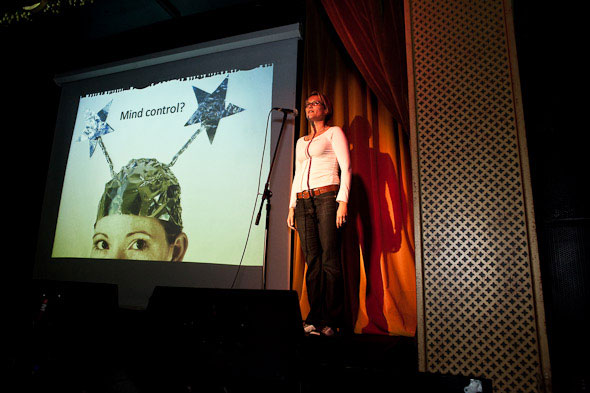 How did you and co-organizer Michele Perras become involved?

I'm associated with the Maker Media division of O'Reilly Media, better known as Make Magazine. I attended my share of Ignites in NYC and enjoyed them immensely. Michele is a prominent event planner at OCAD's Mobile Experience Innovation Centre. She has experience in putting on successful conferences. We're both friends now, but met through mutual acquittances. I ran the idea of Ignite Toronto by her and she loved it. From there it was just a matter of getting the ball rolling. 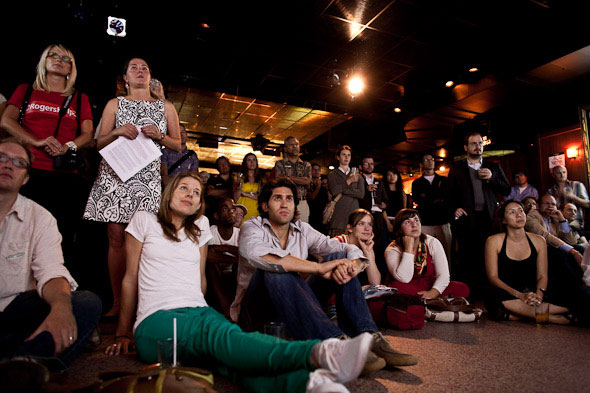 What do you think makes the Ignite events so popular? I would think that having a great line-up of speakers who are comfortable with the format is key....

That definitely helps. I think popularity stems from the format of Ignite itself, where speakers are given five minutes to talk about their topic. This allows for a greater amount of speakers in a night with more topics being covered.

The topics covered are generally very new concepts and people have a genuine interest in learning about them. 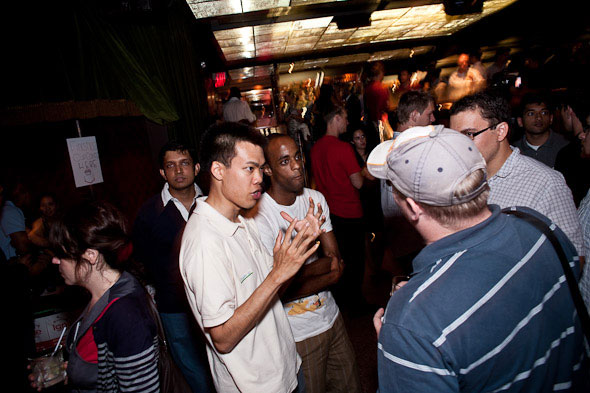 Do you expect this to be the first of many Ignite Toronto's to come?

I certainly do, we are already in the early planning stages for Ignite Toronto II. We've learned a lot from planning the first Ignite last week and we want to take that knowledge and make Ignite even better. Ultimately we want the Ignite name to be synonymous with technology culture and social innovation in Toronto.

In roughly 6 to 8 weeks from today. 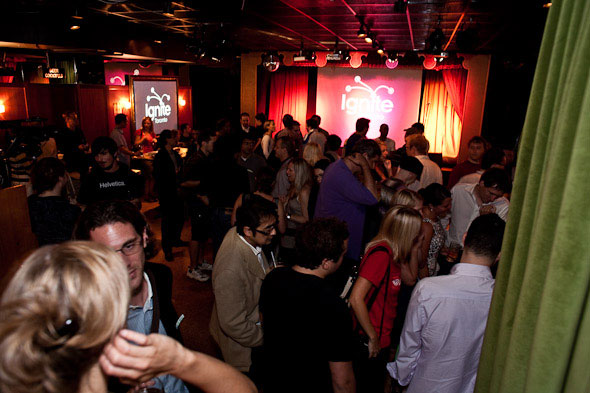 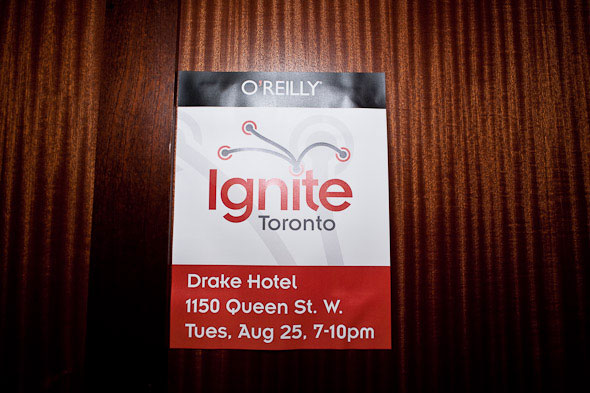 All photos by James Kachan