But earlier this month in Toronto, if you geek out on games, you got to make your very own. So long as you could do it in three days - at TOJam #4: a (free) three-day homegrown videogame bonanza.

It's giving the three-day novel contest a run for its money. Three days to write a novel? Pfft. Child's play. How about write a story, illustrate it, animate it, add controls, and make sure it's all running bug-free... in three days? Snap. Yeah, that's what I thought. 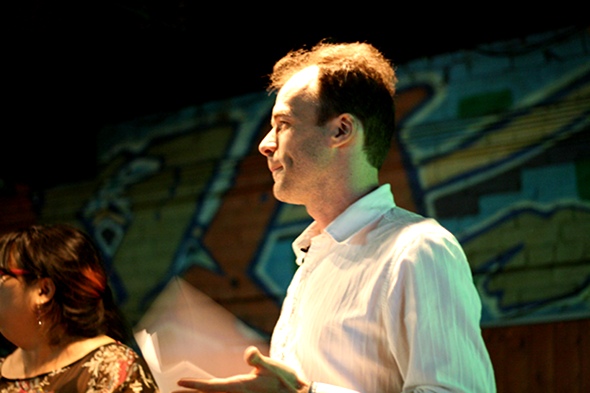 TOJam #4 was brought to life in Toronto by the TOJam team (that's two of the organizers pictured above - Jim McGinley speechinating at right, Em McGinley at left). From May 1st to 3rd, 90 people spent 3 days holed up in a moderately sketchy riverside building (Innovation Toronto's Greater Toronto Community Clearinghouse) and made videogames.

Yes, some went home overnight, or took their bathroom breaks off-site. But for the most part the teams, their computers, and the flaky wi-fi just tucked in and worked. (And yes, there were girls there.)

Some others of us (cough*me*cough) worked remotely. With a couple of people from the west coast participating, and some off-site teams who preferred the robustness of their home internet connection and plumbing.

And in the end those hardworking teams churned out thirty-freaking-seven games. 37. In three days. And y'know what? Most of those games were not only playable, but awesome.

News interviews with 'concerned parents' often describe videogames in the singular. Where any videogame must be a mash-up of pimps, gore and subliminal messaging to do crack. Not so. The three-day grassroots version was proof positive both that videogames can be so much more than pimps ( 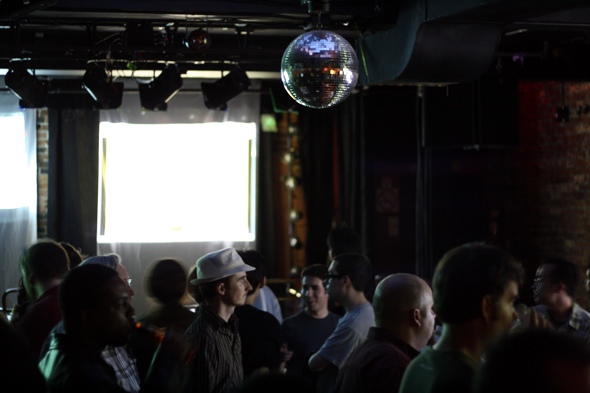 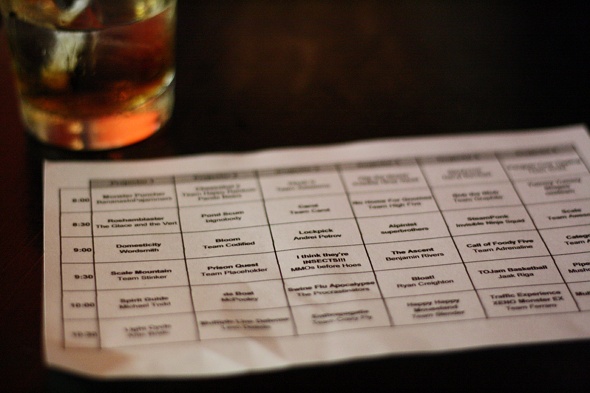 ) and gore, and that Toronto has wicked reserves of 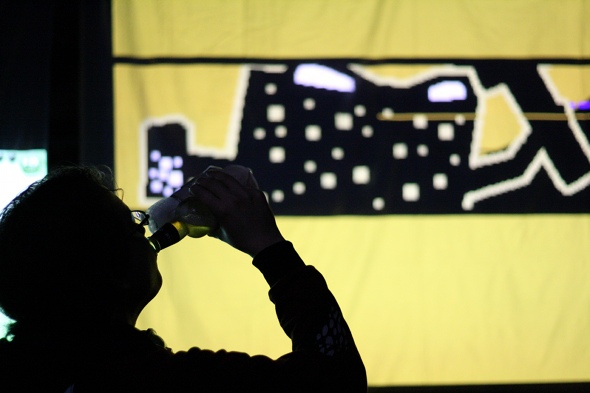 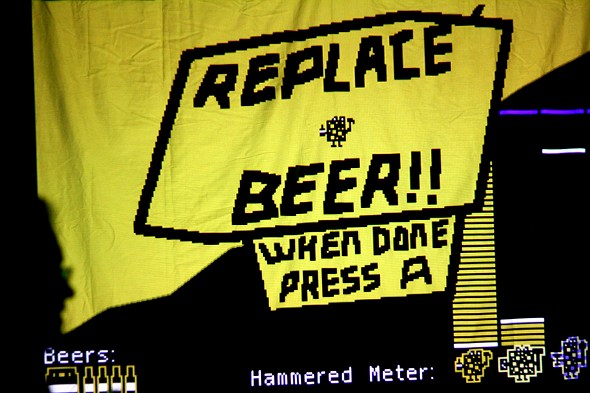 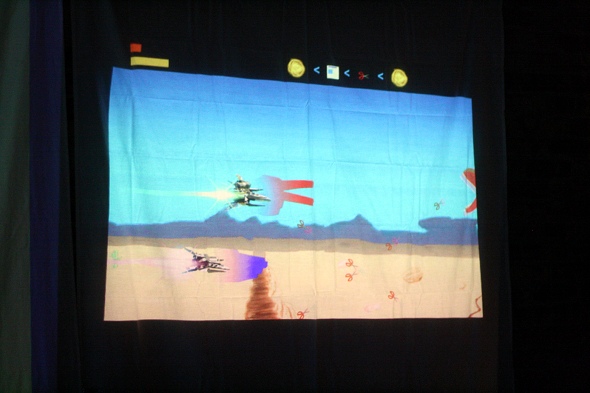 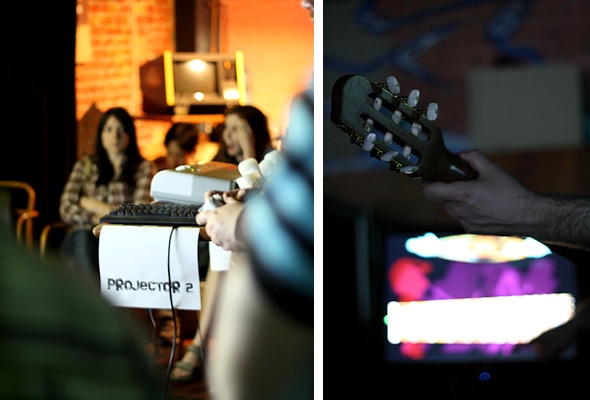 As demonstrated at the TOJam Arcade, where TOJam#4 officially ended with all 37 games showcased in one night - 6 projectors broadcasting 6 games which changed over every half hour, live and playable. 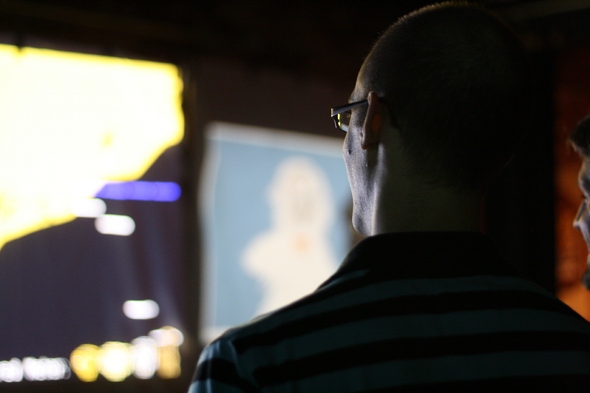 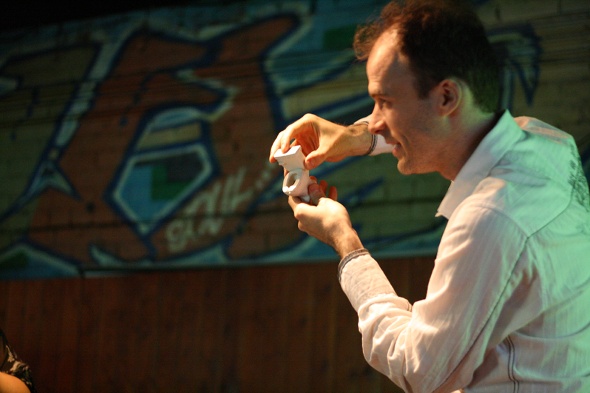 The range included a literal interpretation of a drinking game (you drink to play - chug to attack), a text adventure game, a side-scrolling rock-paper-scissors, a rumble controller lock-picker, and a midi-controlled reinvention of Guitar Hero. 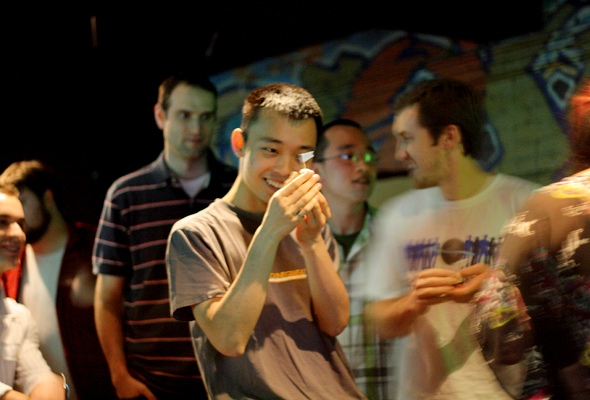 A game based on pond scum, a monster who clears cars out of the way of streetcars, a double-player DS verison of Pong, rope physics, a hurricane, zombies, prison, bees, germs, gnomes, and cows.

Yes, of course after only three days there were still some bugs. Javascript runtime error? Doesn't work on Windows/OS/IE/Firefox? Need to be an actual guitarist to play (oooo that's why they made Guitar Hero)? Texture didn't quite take, sound doesn't quite work? Ye cannot get ye flask?
S'alright. 1st prize is a hand-fashioned scale model of a toilet - a tiny clay homage to the lacklustre facilities on site during the event.
Because it's not about winning a prize. The game is the prize. Getting away from your day job and getting your scribble-on-a-napkin idea down and done. You can do it!
Missed the arcade? Each week of June a new block of games will be released off the TOJam site for all the world to play.

And next year, get in there and game it up yourself. How about Stikfas meets Tremors meets Duck Hunt? Or something like this. Or, y'know, your own idea. Give'er.

UPDATE: This year's TOJam games are now online and playable -- find them all here. 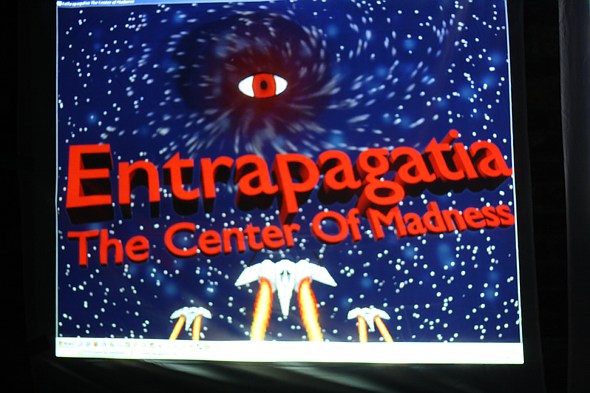 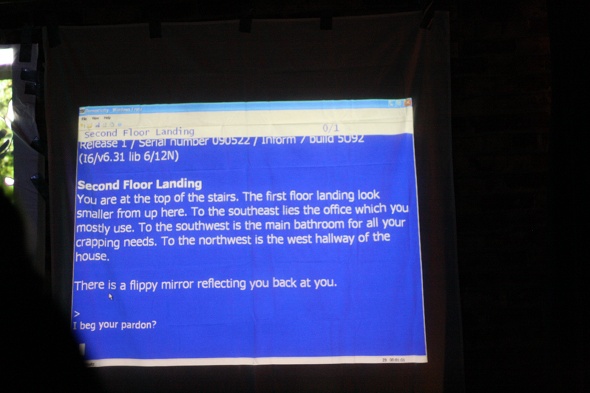 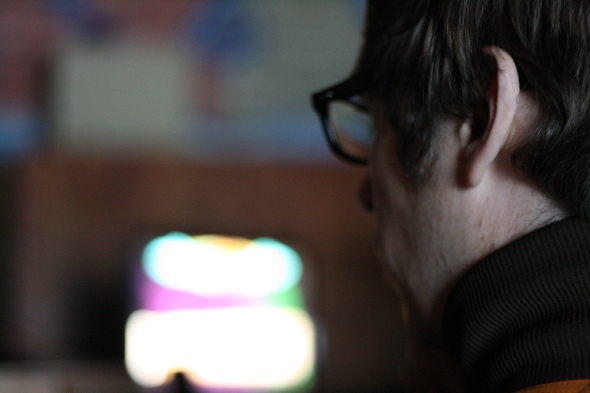 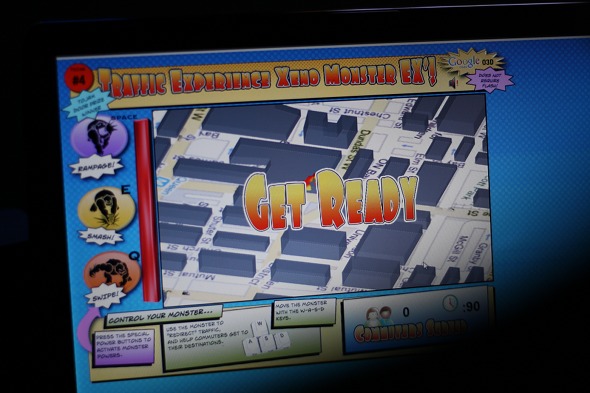 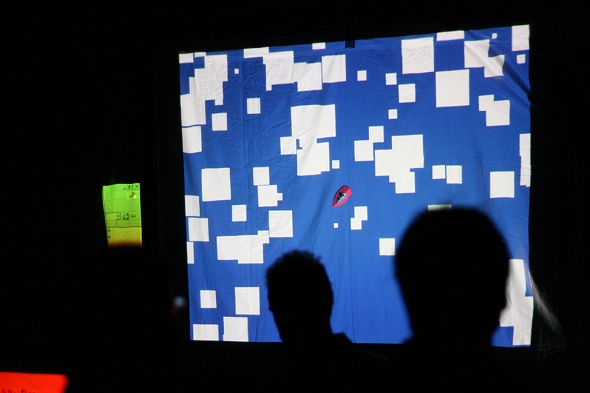 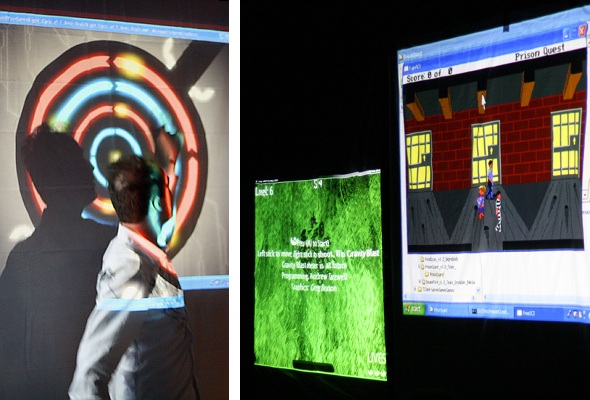 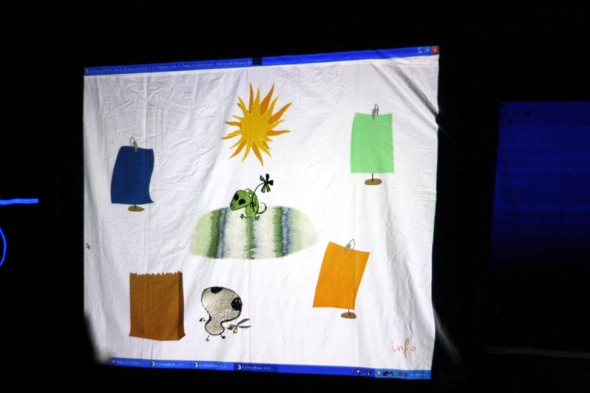 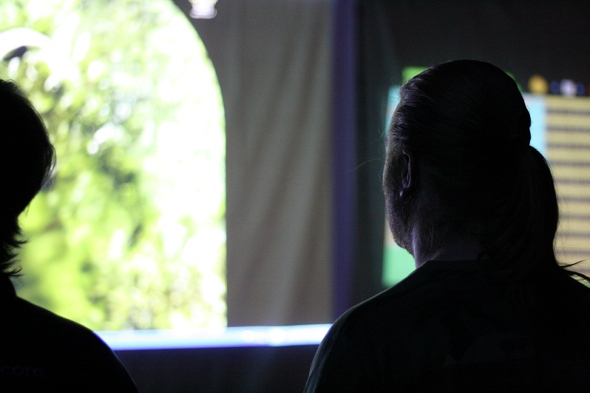