"Ready?" the referee asks the competitors. They both nod. The whistle blows. The 2009 SUMO Robot Challenge battle between Kim Chi 6000 and President Bot Kicker is underway at OCAD. 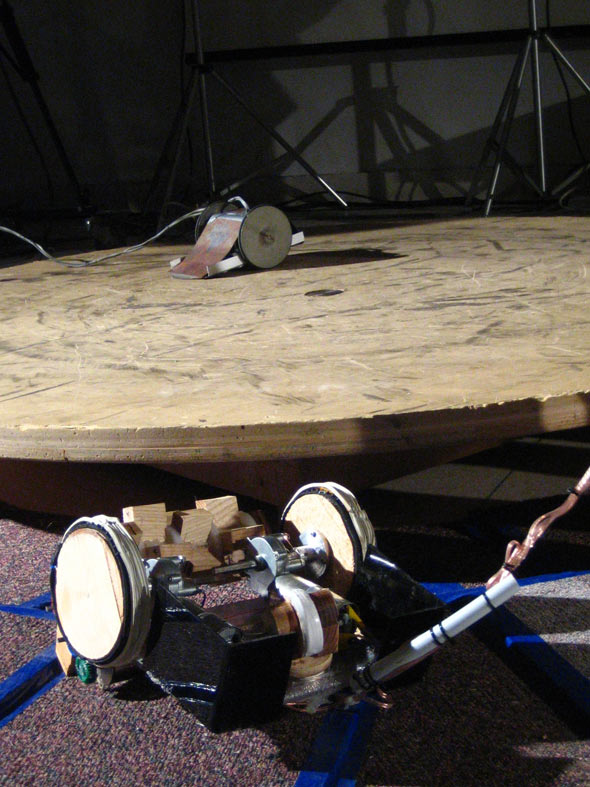 Welcome to SUMO Robot Challenge, OCAD's annual event since 1992, where homemade robots compete head to head in different divisions. They range from two to 200 pounds and are made by tweens, teens and adults. Shape, speed and/or the sheer weight of the robots combine with the remote control skills of their Dr. Frankensteins.

When I walked into the auditorium I noticed them right away, huddling and fussing over their contraption, faint puffs of smoke rising from their workstation. 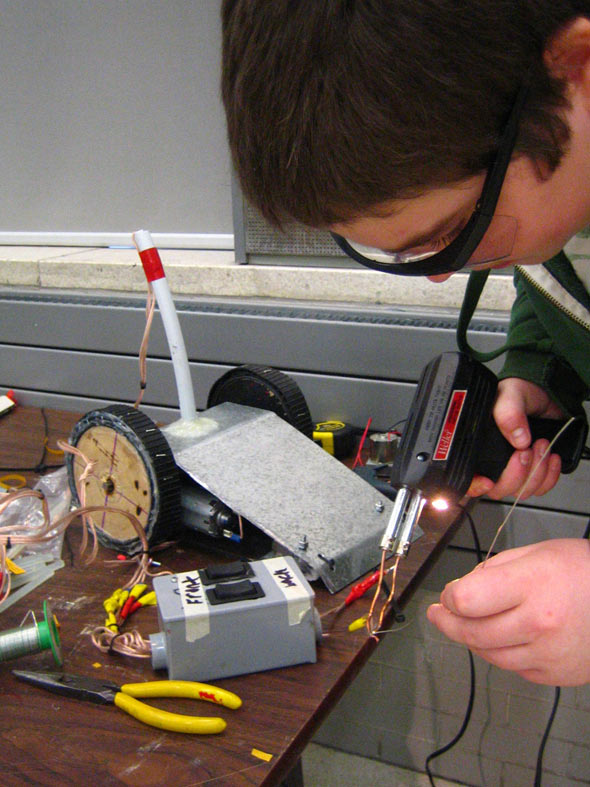 They say they came to compete this year because "it's lots of fun."

Shiny gizmos or the latest gadgets don't usually impress me. I retired my sturdy talk-and-text only cell just last month. But, I started acting like the woman behind me who oohed in my ear when a robot neared the edge of defeat. My jaw dropped a few times for the sumo clever competition, where more sophisticated robots showdown in an octagonal platform with a rod in the middle to complicate the battle. That's where Creature, with its razor edged front wheels, bashed against its wooden competitor, sending small chips of wood into the air. Ironically, his opponent's name was Splinter.

I oohed when Kim Chi lost its next battle. But in the spirit of "lots of fun," Ian and George quickly recovered. They played in the finals with the robot of a classmate who couldn't stay until the end. The reining champion, an inconspicuous little black box named Terminator, defeated them.