Now that I have your attention, I'm happy to say that the title of this post is NOT misleading. If you don't have to work on Thursday mornings, or even if you do, there's a little place on Queen West where you can satisfy not only your thirst, but your ever-growing need to kick your buddy's ass at Guitar Hero. It's called Rock N' Roll Pornography, it's happening weekly at the Bovine Sex Club, and it's pretty much my favourite thing in life.

When you first walk in, don't be suprised if you hear your MC of the evening, Al Nineleven, announcing your arrival. He loves his job, and he loves it good, so if you're easily offended by sex jokes, you've been warned (and you shouldn't be at the Bovine anyway). Also expect to earn a racy nickname should you choose to step onstage and challenge the club's reigning champion, Kevin "Kevy Metal" Bogan, or whoever you sauntered in with to finally settle the argument over who's actually better at Through The Fire and Flames on expert. I can only play on medium, so I just cheer. 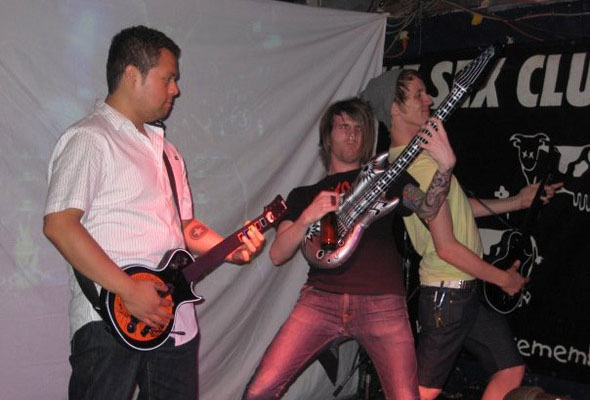 For over a year now, Wednesday nights at the Bovine have had an interesting mix of regulars, once-in-a-while'rs, and people who wander in off the street who need to satisfy their curiosity at just what everyone inside is screaming about. It's pretty hilarious when a guy in a business suit comes in off the street for a beer, and ends up rocking out in his boxers. There also may or may not be a little suprise from everyone's favourite bartender, Krissy, should you dare to remove some clothing when you hit the stage. Depends on how sexy you are. 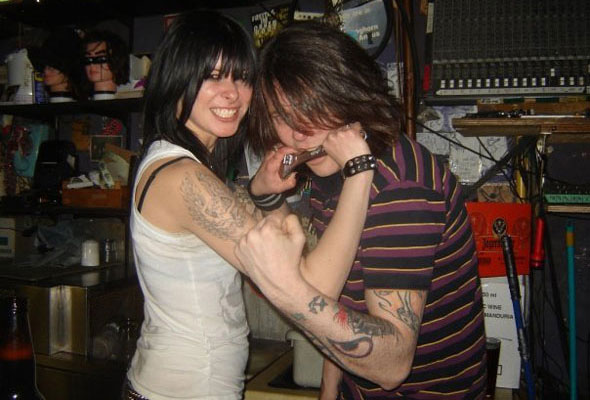 Did I mention there's no cover, ever? Well there, now I did. See you on Wednesday.