Competition was tight for our first ever survey asking readers to select Toronto's best tech or web evangelist. There were six nominees and only nine votes separated first place from third. But when the dust settled, David Crow emerged at the top the list.

David Crow? While he may not get much love from mainstream media, David is no stranger to those engaged with the local tech and unconference scene. He's a founder of DemoCamp and has played a key role in bringing together Toronto's technology, design and entrepreneurial communities.

Beating out fellow nominees Amber MacArthur, Will Pate, Eli Singer, Joey DeVilla and Mark Kuznicki is no easy feat. Keep reading for a Q&A to find out more about David and his thoughts on the state of the web and technology in Toronto.

You narrowly beat out Amber Mac to place first as Toronto's Best Web and Tech Evangelist. Should we call this an upset?

Amber is a superstar. She is recognized around the world. She is a great technology evangelist. Is it an upset? I hope not. I want to help put Toronto on the global map as a technology and media innovation hotbed. In Austin, Silicon Valley, New York, and Boston, there is a community scene. There are events and happenings that make it easy to find others doing interesting work similar to your interests (hardware, software, design, media, etc.).

Toronto has always been very insular and the groups are very cliquish. My goal has always been to break down the barriers and make it easier for people to discover each other to make connections. The value comes from making connections, and as individuals we need opportunities to meet others and build the connections that matter. The community is the framework that let's this happen.

You grew up in London, went to school in Waterloo and Pittsburgh and also spent time in Chicago and Austin. What have you been doing to embrace the web and tech community since settling in Toronto?

I moved to Toronto in 2001, the first *Camp event was in November 2005. There were isolated communities in Toronto. However, there wasn't a lot of cross-pollination between the groups. A lot of my role has been about bringing together diverse groups: design, technology, and entrepreneurship. I think realizing that people doing different things interesting.

Much of what we think of as innovation is really just the creative tension between differing viewpoints. Toronto is a city on the verge of greatness, and we need people to inspire people not to be the "5th largest technology cluster in the world" but to change the world. 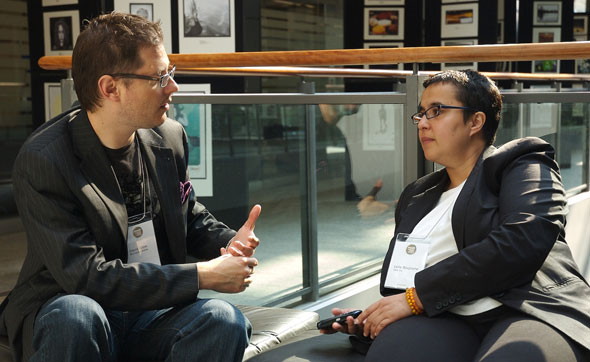 You describe yourself as a web and user experience designer. What can you tell me about your job? What are you currently working on for Microsoft?

My job at Microsoft is focused on finding Canadian technology and design heroes and sharing stories of their trials and triumphs. Know anybody doing really cool stuff? design? technology?

What current issues related to Toronto technology and the web are you most passionate about?

Funding, taxation and net neutrality. There are funding issues in Toronto ranging from access to capital for early-stage ventures; to the strangeness that results from the oligopoly of broadcasters and government funding for digital content and technology creation. The taxation issues are best summarized by Mark R McQueen at Wellington Financial here and here.

Net neutrality is a huge issue that just poking it's ugly head. It has the potential to limit choice for Canadians, to stifle innovation, and to prevent access to information. Blocking access to information is a really powerful scary proposition that should have all Canadians screaming at the top of their lungs for change. Michael Geist provides details about the debate and the impact on his blog.

We live with a government regulated oligopoly of broadcast media and telecommunications. The government should really step up and enact laws to protect Canadian citizen's access to information.

Wireless data rates are something else I'm watching. There is a change happening in the mobile market in the US. With the introduction of the iPhone and the announcement of Android, there is a shift in power from carriers to phone manufacturers and software developers.

The opportunities and potential for innovation are huge, similar to the shift in telecommunications that deregulation and the Internet provided. Unfortunately, we are penalized by high mobile data rates and may not have the opportunity to participate in the coming revolution.

Do you think local media and government are failing to adequately promote or support the local tech/web community?

The role of government, ugh, I'm the wrong the guy to answer that. Mark Kuznicki and Richard Florida seem to have a better viewpoint on the role of municipal, provincial and federal governments in creating open creative communities and cities.

There are a lot of people doing interesting things in Toronto and Canada. Unfortunately, the stories are often not as developed as the ones we see from Silicon Valley. Additional coverage of local companies, events, and people would be fantastic. Success stories like RIM are uncommon, but there are other folks building world-class technology companies in Toronto.

Check out Idee. It's a continual editorial advocacy for Canadian entrepreneurship and innovation that is needed. We need to celebrate the people building companies, designing the world, and making a difference. We need to also make sure to highlight risk taking and failure.

There are lots of smaller local online media outlets like Freshdaily, Toronto Life, TechVibes and NowPublic where real innovation is happening.

What are some things we should be looking out for from David Crow in 2008?

I hope to have a little more focus in 2008. Events like Founders & Funders which focused on bringing together the people who start web/technology companies in Toronto and the people who fund them. 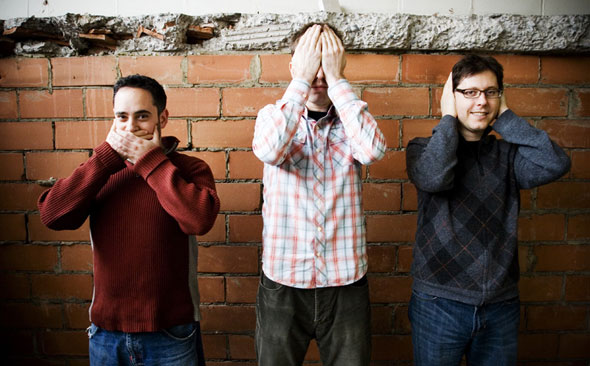 You had some pretty stiff competition for this award? Anyone else you think should have been nominated?

All of the nominees are doing fantastic things for Toronto. Mark Kuznicki, Amber MacArthur, Eli Singer, Will Pate, and Joey deVilla. They are rockstars! They do the coolest things.

Others. Well, there are Jay Goldman, Jevon MacDonald, Jonas Brandon, and Rannie Turingan have all done great things. Jay has been helping behind the scenes with DemoCamp and TransitCamp. Jevon and Jonas ran StartupCamp. And Rannie with PhotoCamp.

There are others like Mark Surman, Eli Malinsky and Tonya Surman. Mark's work on OpenCities and with The Shuttleworth Foundation is world renown. Eli and Tonya are responsible for the Centre for Social Innovation, which is probably the single most important development in Toronto in 2007 providing a shared office space for social entrepreneurs.