Toronto now has a stadium named after a supermarket chain

Love it or hate it (and odds are you're in the latter camp), stadium naming rights are here to stay, and the latest corporate rebrand in the city has a 12,500-seat tennis stadium complex taking on the name of supermarket brand Sobeys.

The new name of Sobeys Stadium was revealed on Thursday morning by Empire, the Stellarton, Nova Scotia-based parent company of the grocery chain, and Tennis Canada.

The 2004-built outdoor stadium at York University's Keele Campus was previously known as the Aviva Centre, and, before that, the Rexall Centre. 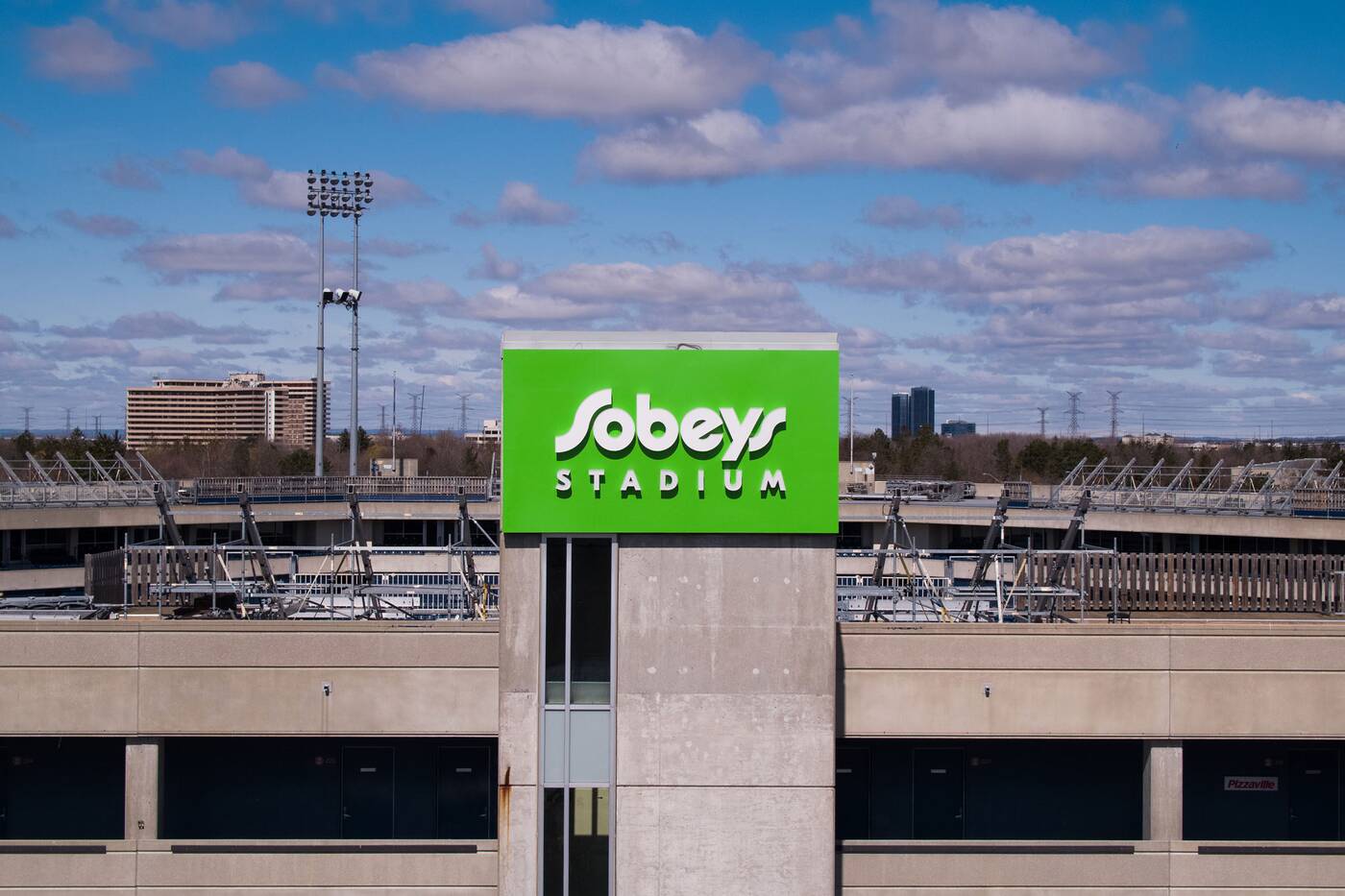 Sobeys branding is present throughout the renamed facility.

In addition to naming rights, Sobeys has its brand featured throughout the stadium, including its vibrant green signage and an "in-seat ordering experience" from Voilà by Sobeys that will deliver food directly to fans' seats so they don't miss any of the action while queued in long concession lines.

Sobeys Stadium will co-host one of the top tennis tournaments in the world this August, the National Bank Open presented by Rogers, with the women's event taking place in Toronto. The men's tournament will be played in Montreal at another venue named for a Sobeys-owned supermarket chain, IGA Stadium.

The partnership between Sobeys and Tennis Canada will "unveil exciting programming to support this in the coming weeks," according to Michael Downey, CEO of Tennis Canada. Adding that they will "give youth access to quality facilities and encourage more young people to pick up a racquet and play."

It's an investment that 12-time Grand Slam Doubles Champion and Olympic Gold Medalist Daniel Nestor says is "needed and invaluable."

"Creating a space for younger players to gain exposure and an appreciation for tennis will help continue to grow the sport across Canada for many years to come," says Nestor.