A new Toronto Raptors player is always precious, but this time it's literal: Precious Achiuwa is the name of a recent addition to the team, and the names of his siblings are actually causing just as much of a stir as he is. 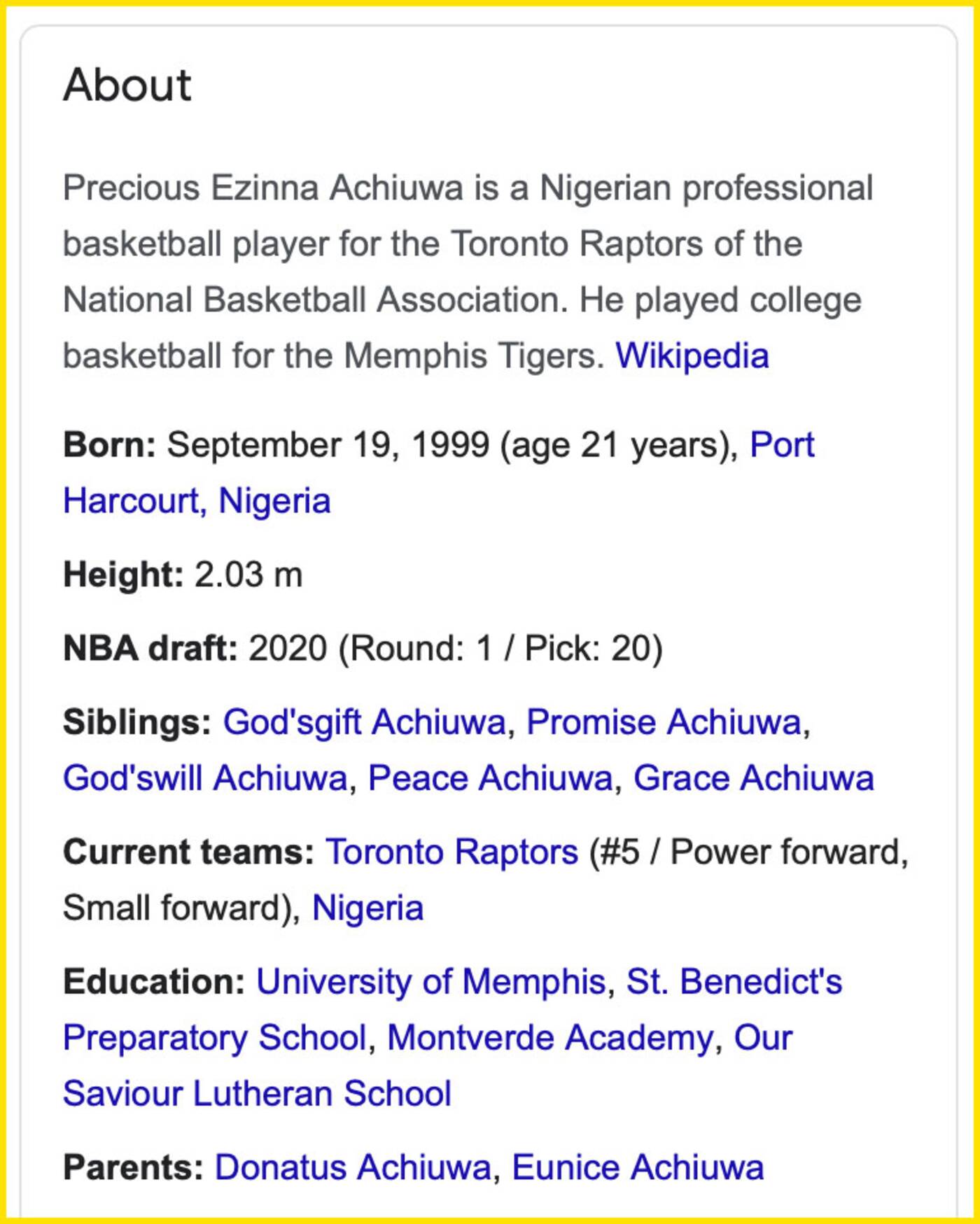 Though the names might seem relatively rare in Canada, multiple people in a Toronto Raptors Facebook group thread say "It's a Nigerian thing."

No siblings will ever have cooler names than Scientific and Majestic Mapp but Precious, God’sgift and Promise Achiuwa are damn close

Indeed, Precious and Peace are some of the most popular English names in Nigeria, along with Marvelous, Happiness and King. Other popular names in Nigeria in other languages like Yoruba, Igbo and Ibibio translate to similar meanings, many of them centring around God.

Yes, @DrewGooden he does have sisters and all of his siblings got the cool names. It go Precious, God’sgift, Gods’will, Grace, Promise, and Peace Achiuwa. So dope. Shoutout to them.

"It's a Nigerian thing, mainly among Christians. They have names like Goodluck, Patience, etc.," one person wrote on Facebook.

"I grew up in Nairobi Kenya and have seen some pretty spectacular names," another person wrote. "Miracle, Gift and Promise are all pretty popular."

@jeskeets Not sure if you’re aware but heard you talking about the great names from the draft. To add to it: Precious Achiuwa’s siblings are named God’sgift, God’swill, Promise, Grace, and Peace. That’s an All-Star roster of names!

Precious Achiuwa, a 21-year-old power forward, was born in 1999 in Port Harcourt, Nigeria. In 2020, he actually had the names of his siblings stitched into the jacket he wore for draft day.

"Not to be rude but damn, God's gift? That's quite the name to live up to," one person quipped in the Facebook thread.

Achiuwa debuted in the NBA just last year. He was the Miami Heat's first round draft pick in 2020 and played for the Nigerian basketball team in the Tokyo Olympics.

He was since traded to the Raptors along with Goran Dragic for Kyle Lowry.