College St. in Toronto was a massive street party after Italy beat Spain in Euro Cup

With indoor gatherings off limits, sometimes it's necessary to take your party into the streets.

At least that was the thought for hundreds of people on Tuesday afternoon as College street erupted into a massive street party following Italy's Euro Cup win. 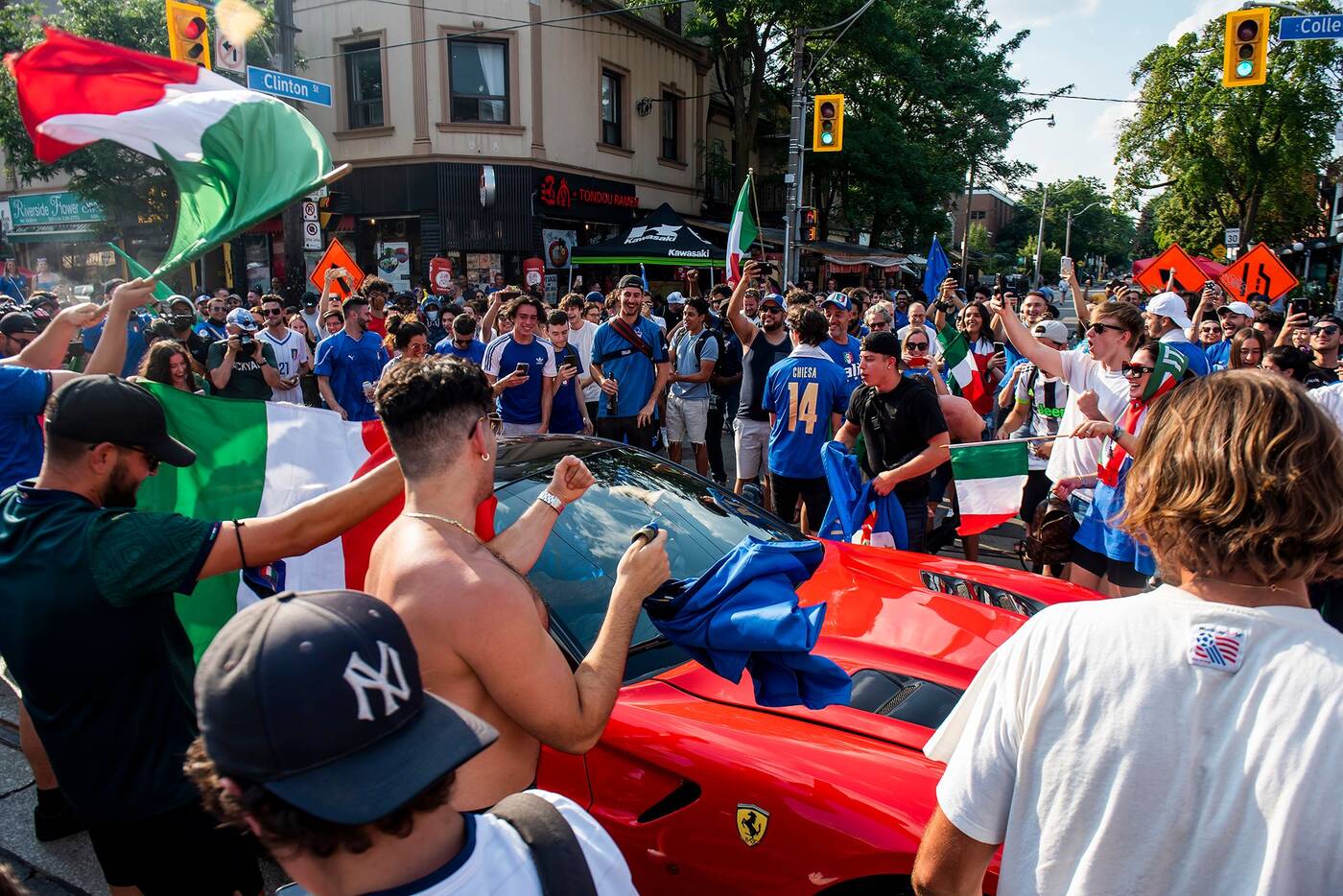 The semifinal match ended in a 1-1 draw against Spain with the Italian squad snatching a 4-2 victory in the penalty shootout to secure themselves a spot in the final. There they'll play the winner of today's England vs Denmark match. 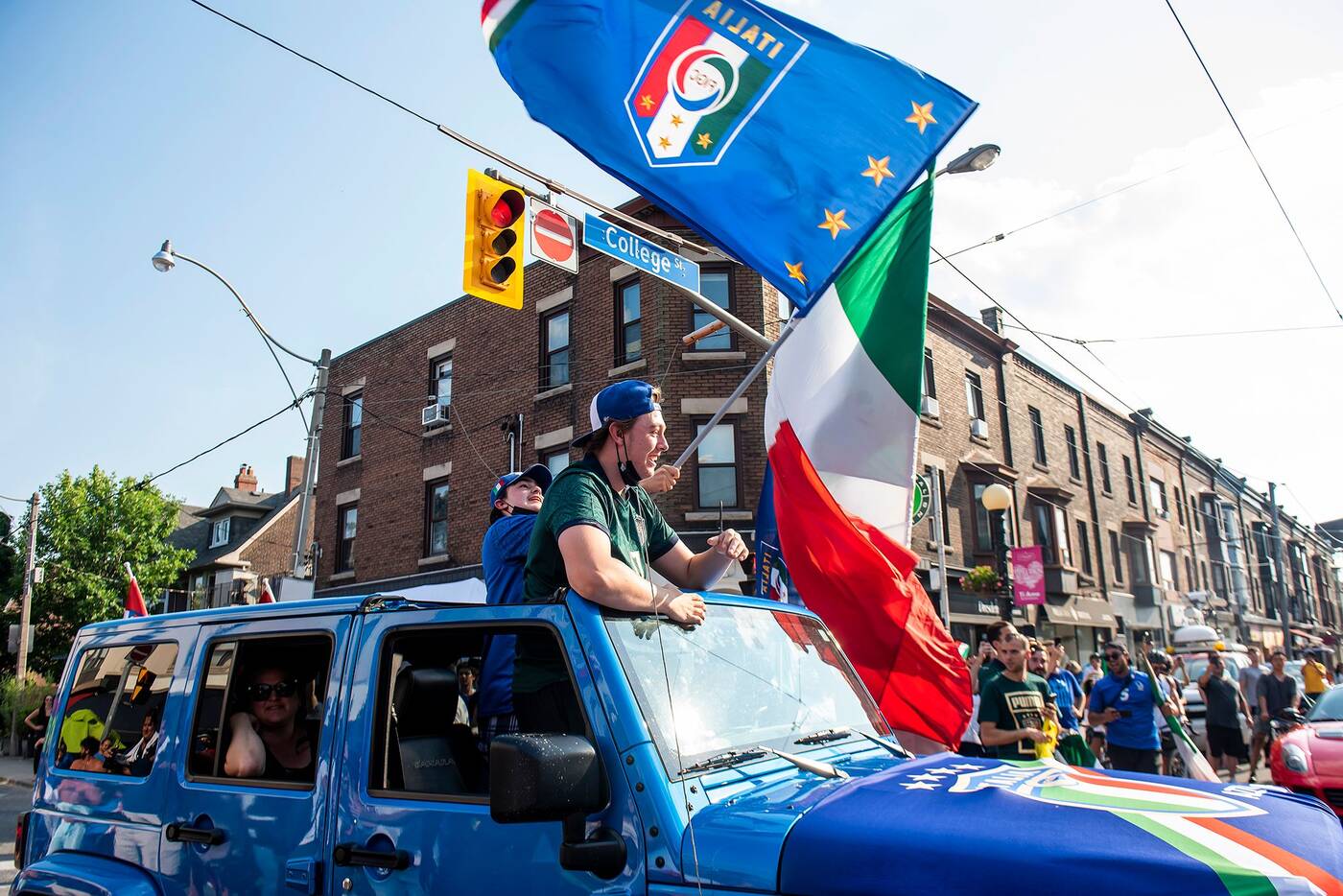 Should Italy win the entire tournament, the celebrations are sure to once again erupt into the streets. 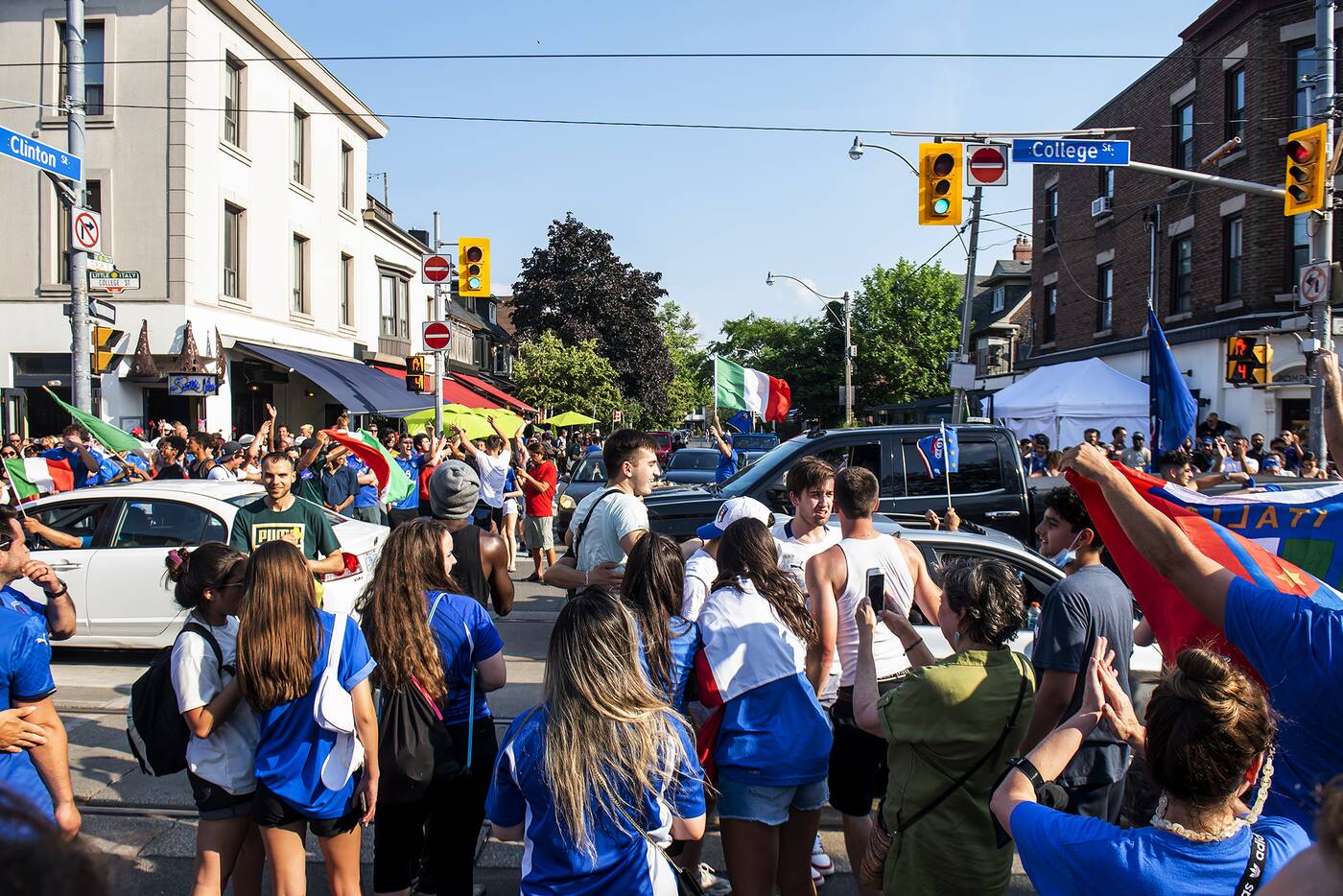 Yesterday's celebrations were a sight to see as Italian supporters waved the red, white and green flag while wearing the Azzurri blue.

With little Italy in Toronto stretching along College from Bathurst to Ossington, it shouldn't be any surprise that some of the largest celebrations were right smack dab in the middle at College and Clinton. 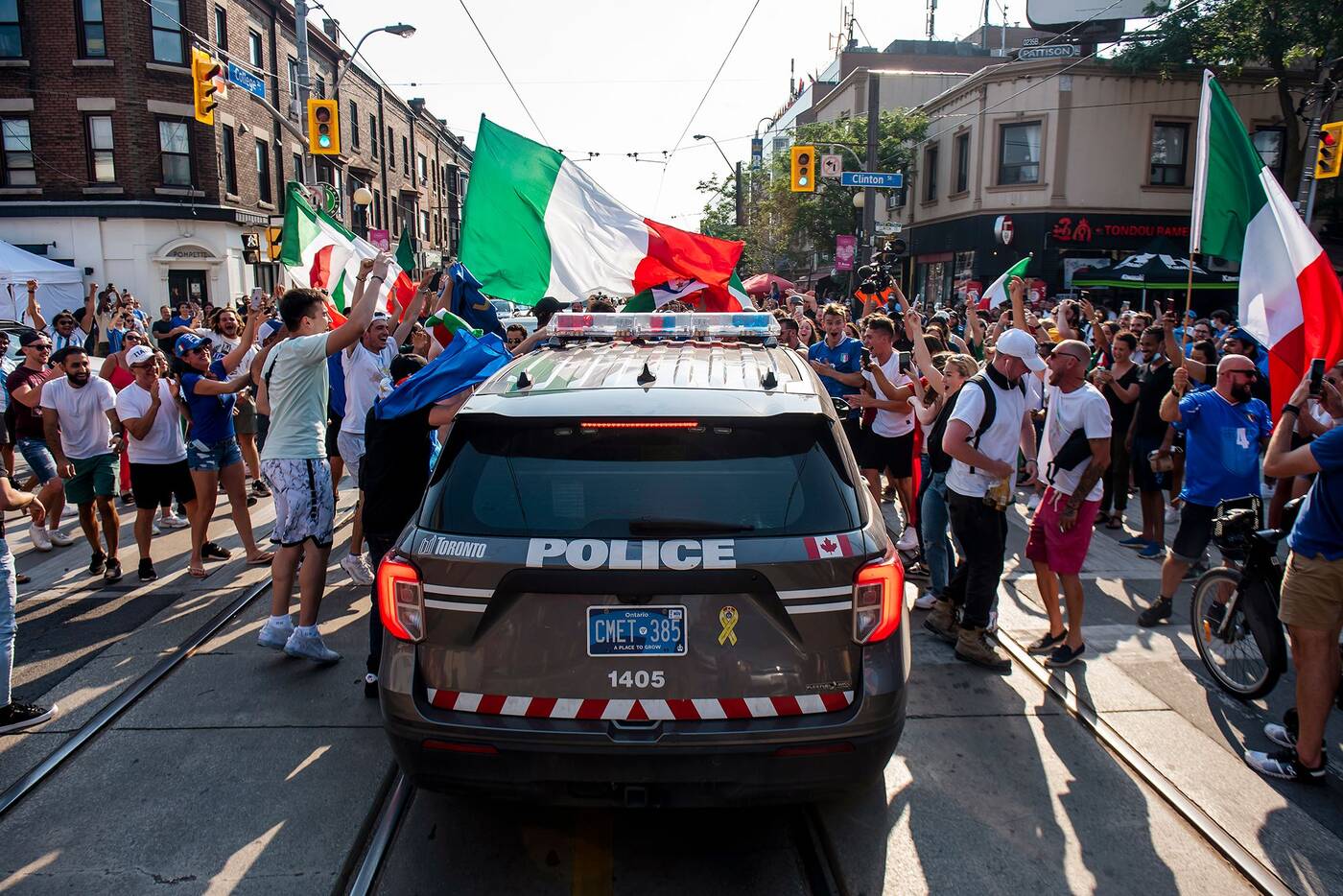 Every patio in the area was filled with fans, as projectors broadcast the game with the entire neighbourhood erupting into celebration the moment that Italy clinched the win. 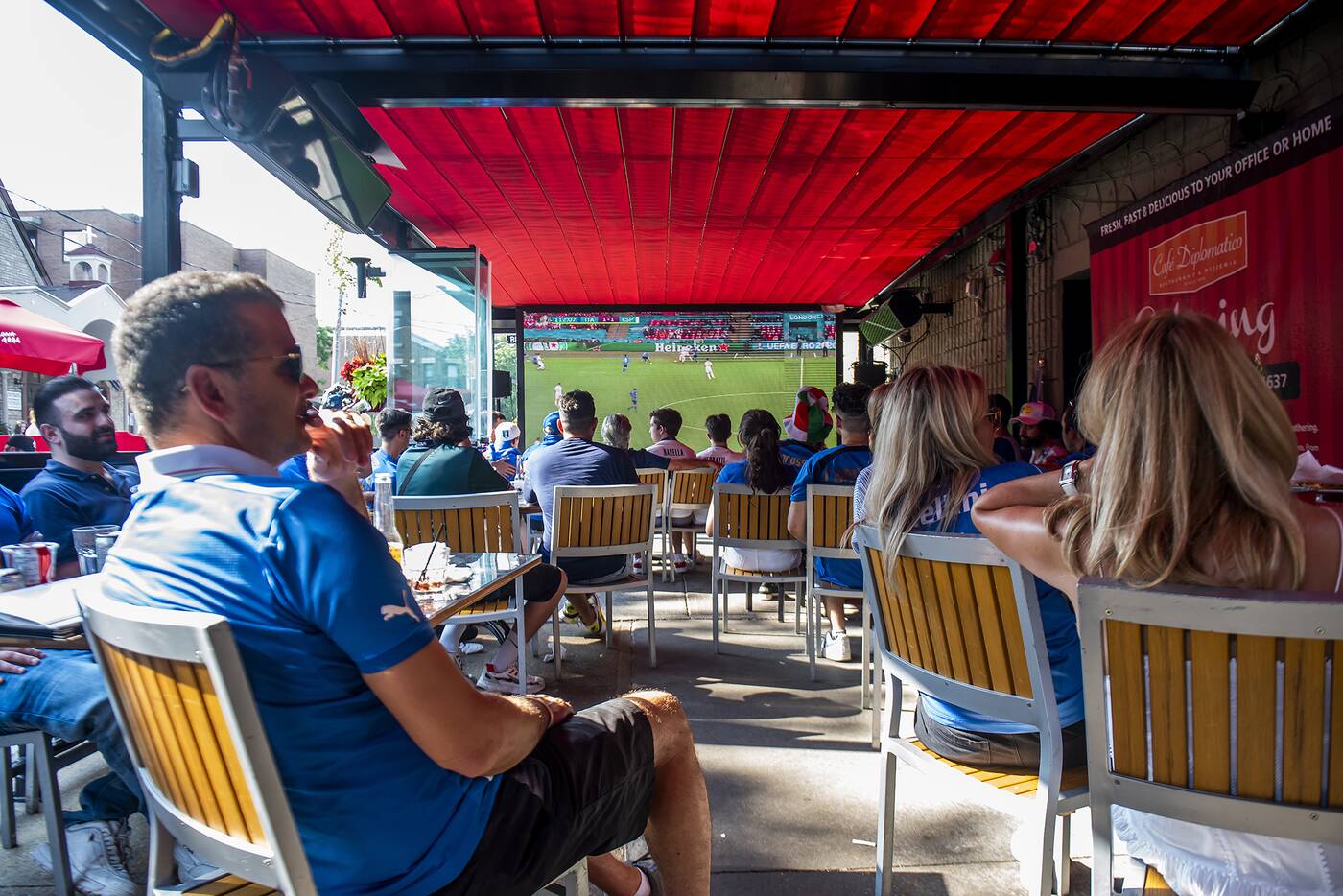 Singing, dancing, celebrating, and pouring back some celebratory drinks followed over the next few hours. 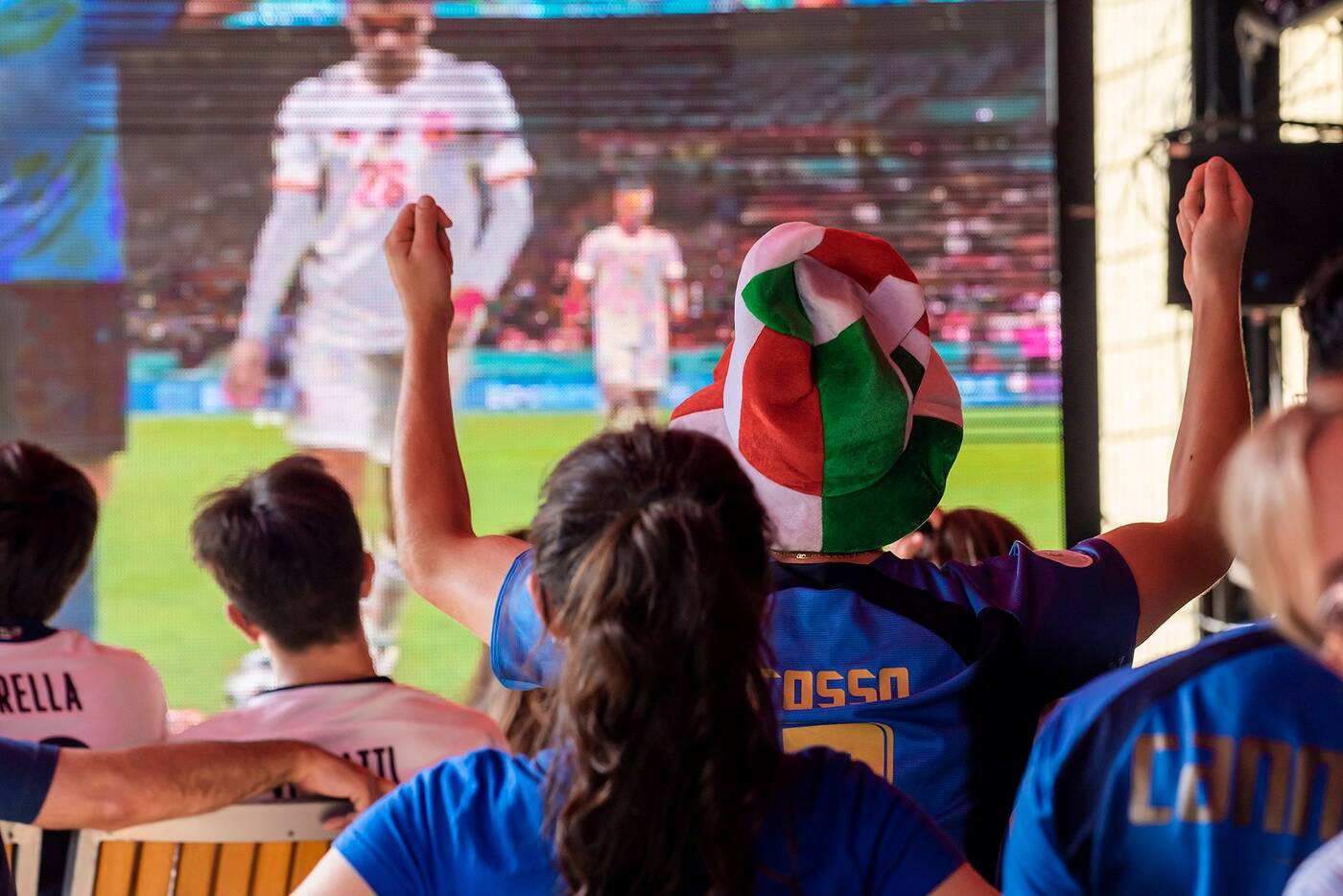 The celebrations poured into the streets for so long that the TTC was even forced to detour around the area. 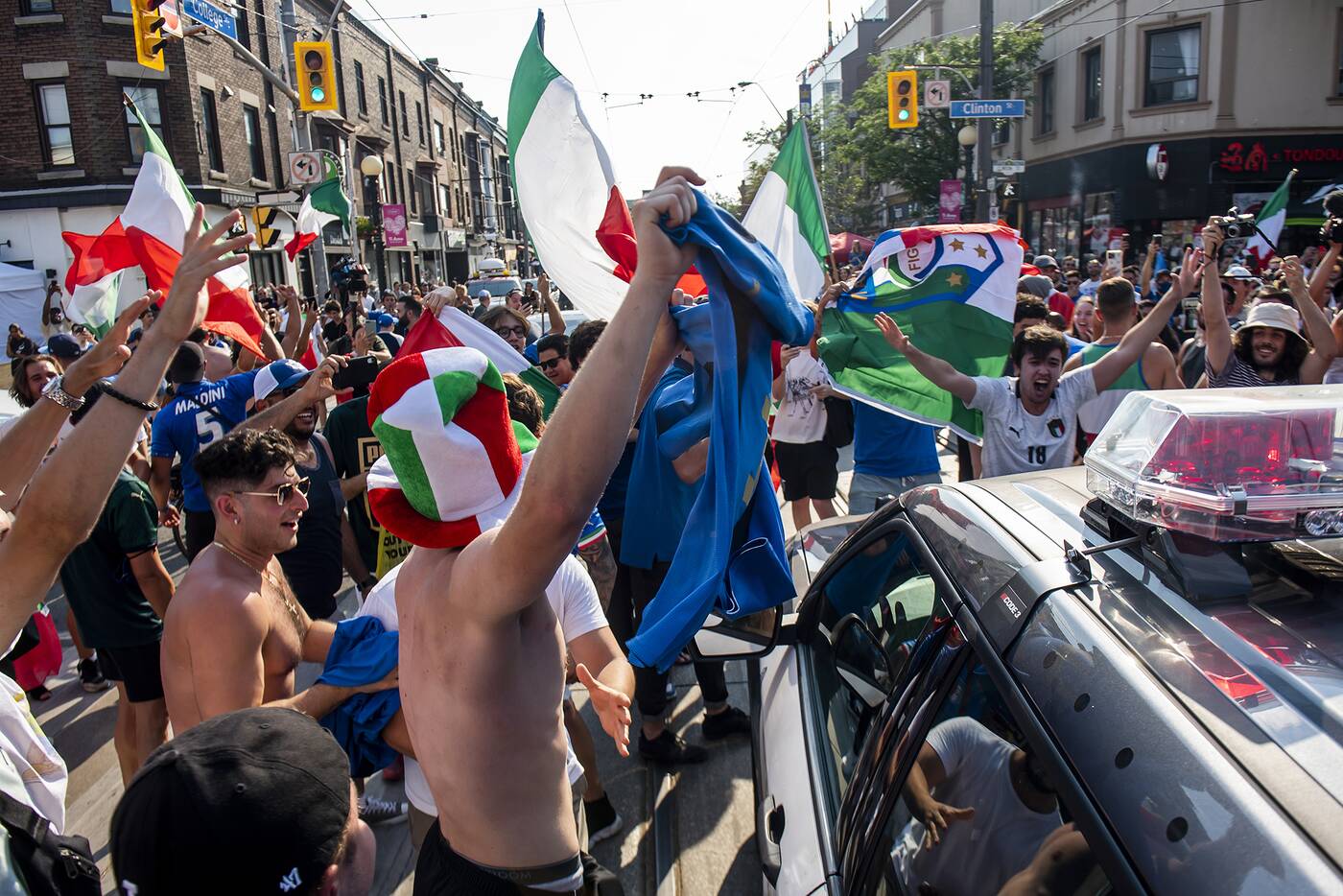 The final takes place on Sunday at 3 p.m. local time, and there's no doubt that every patio seat in the area will be filled up hours before kickoff with fans eager to secure a spot in the area should celebrations be necessary. 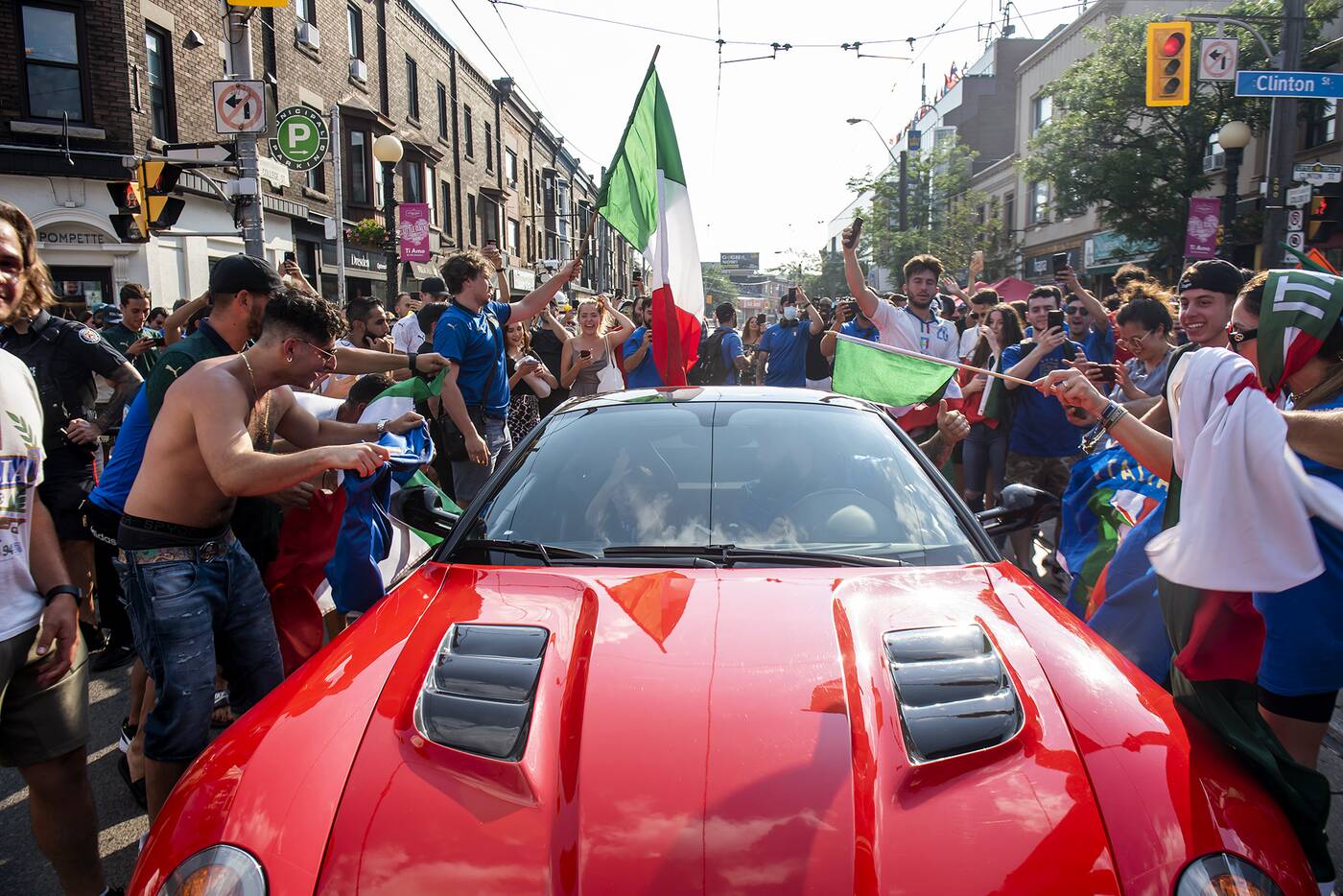 Should Italy win, it will be their first European Championship since 1968, so the fans are surely looking to end that lengthy drought. 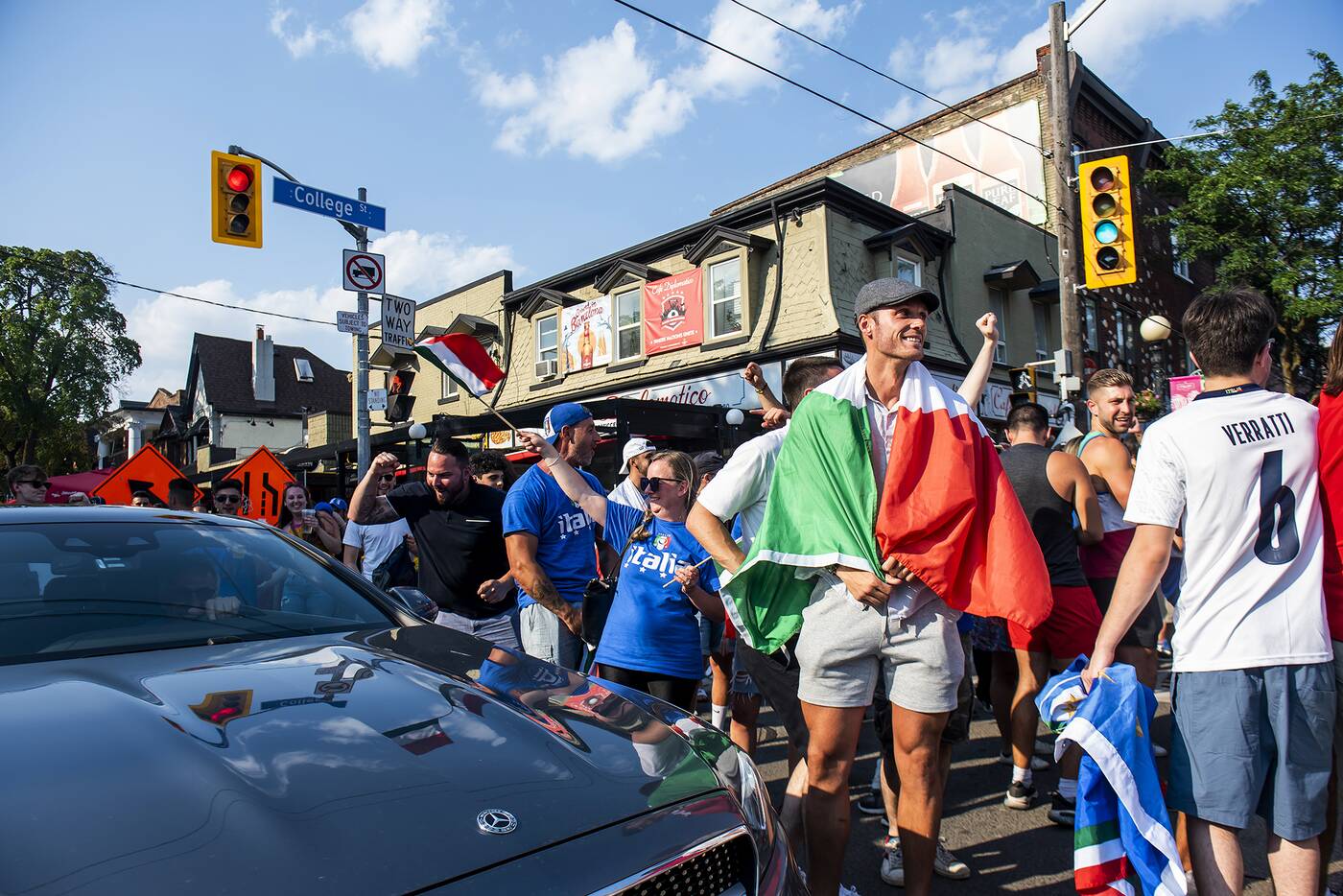 Though if there's one thing sports fans in Toronto know, it's waiting over 50 years for a championship.