It may not feel like it, especially after this past year, but according to a new study by gambling.com, Toronto is the third best city in the world to be a sports fan.

The ranking makes a lot more sense when you realise it has nothing to do with the success of the teams. Rather, the metric for this ranking includes the number of teams in the city, the size of stadiums, and the popularity of each team as measured by online search traffic.

With a wealth of teams, including the NHL's most popular franchise and the only MLB and NBA teams in the entire country, it isn't too surprising that team popularity puts Toronto near the top of the list beat out by only Melbourne and London, England. 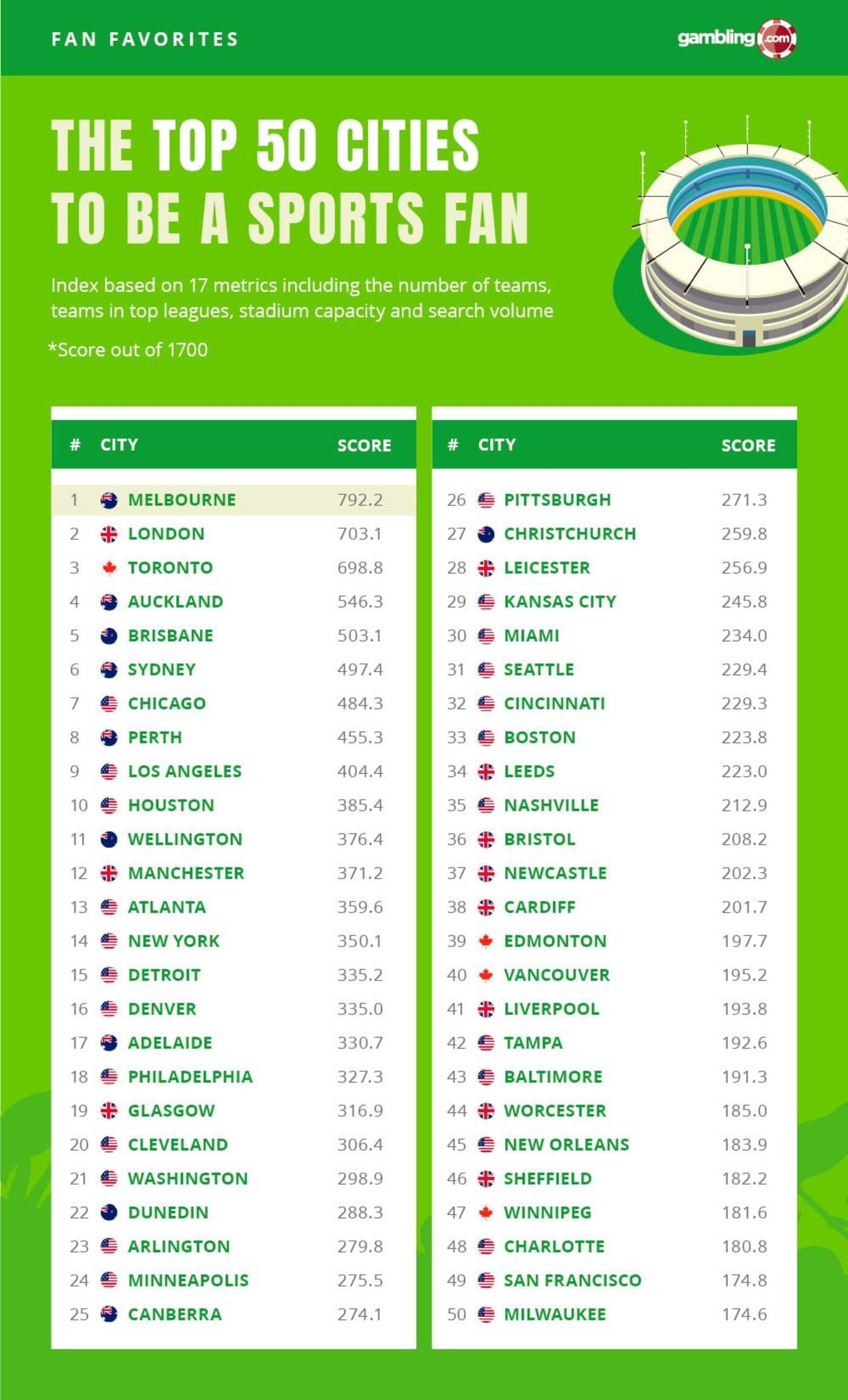 On top of the Leafs, Raptors, and Blue Jays, Toronto is also a home to a number of other pro-franchises including the Argonauts, Marlies, TFC, Rock, Nationals, the NWHL's Toronto Six, and two Rugby teams in the Wolfpack and Arrows.

Needless to say, just about any and every sport can be found in Toronto.

Edmonton, Vancouver, Winipeg, Montreal, Ottawa, and Calgary all placed between 39th and 60th as well due to each city having multiple professional teams themselves across the NHL, CFL, and MLS or Canadian Premier League.

Unsurprisingly, the Leafs were found to be Toronto's most popular team, although the recent success of the Raptors, and the Blue Jays having one of the most exciting players in all of baseball suggests that title isn't as safe as many longtime Leafs fans would believe.

Although Toronto's most popular team still struggles to find success, there's still plenty of joy to be had for sports fan in this city who look outside the NHL for their happiness.

It may not feel like it right now, especially since it's been over a year since most Toronto teams have played an actual home game in the city, but few cities in the world do sports fandom better than Toronto.