A diehard soccer fan missed live games so much he decided to launch a unique project to bring part of the sport and the world to him.

"I noticed that out of all the fans, all around the world, no matter where they were, they all had one thing in common – scarves," Robertson told blogTO.

That gave him an idea to start a project to collect soccer scarves from around the world in "a bit of a cultural exchange."

Before the project, Robertson had a few soccer scarves from a trip to Scotland.

"I had a small collection from my travels but I didn't have anything crazy," he said.

That all changed this fall. Robertson started a project to collect a soccer scarf from every country in the world this summer.

He took to Reddit and went on the page for each country with what "may be one of the craziest requests they've seen" asking for users to trade a soccer club or country scarf in exchange for Canadian maple syrup.

In the months that followed he was sent 113 scarves from 59 countries as far as Singapore, Japan and South Korea, and he made a video documenting his project.

"My parents were like 'why are we getting so much mail,'" Robertson said. "I was definitely shocked."

He was particularly surprised to get scarves from countries with political upheaval such as Belarus.

"Senegal and Nigeria were definitely surprising too," he said. 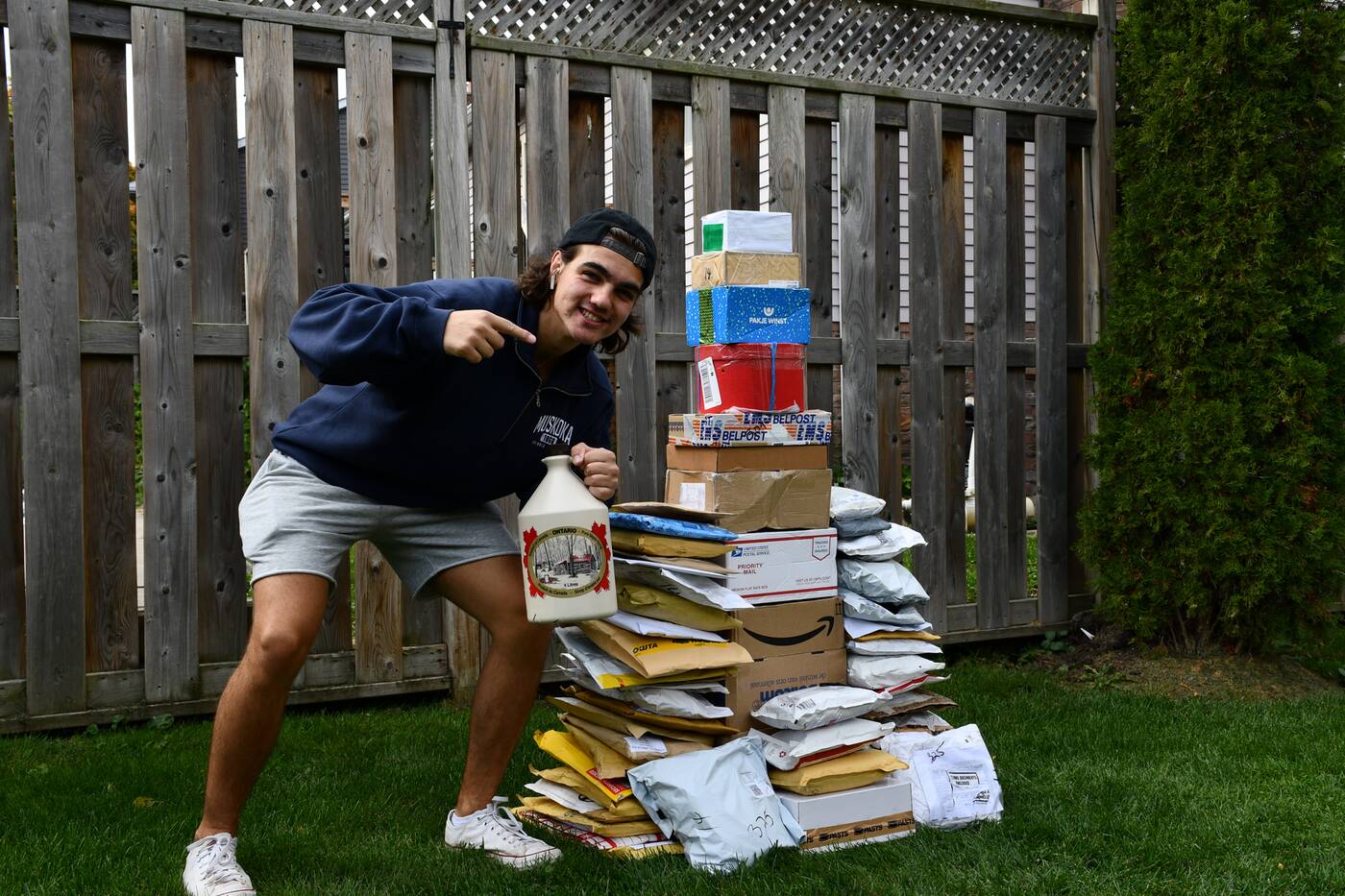 Daniel Robertson stands beside some of the packages he received from around the world.

Robertson loves travel and learning about other countries.

"With this, I got to combine both of the things I really love," he said.

Although he has been accepted at McMaster University, Robertson took a year off and is doing some videography for Toronto band Crash Adams.

To complete his collection, he would like 80 to 90 more scarves — there are currently 193 sovereign countries officially recognized by the United Nations. 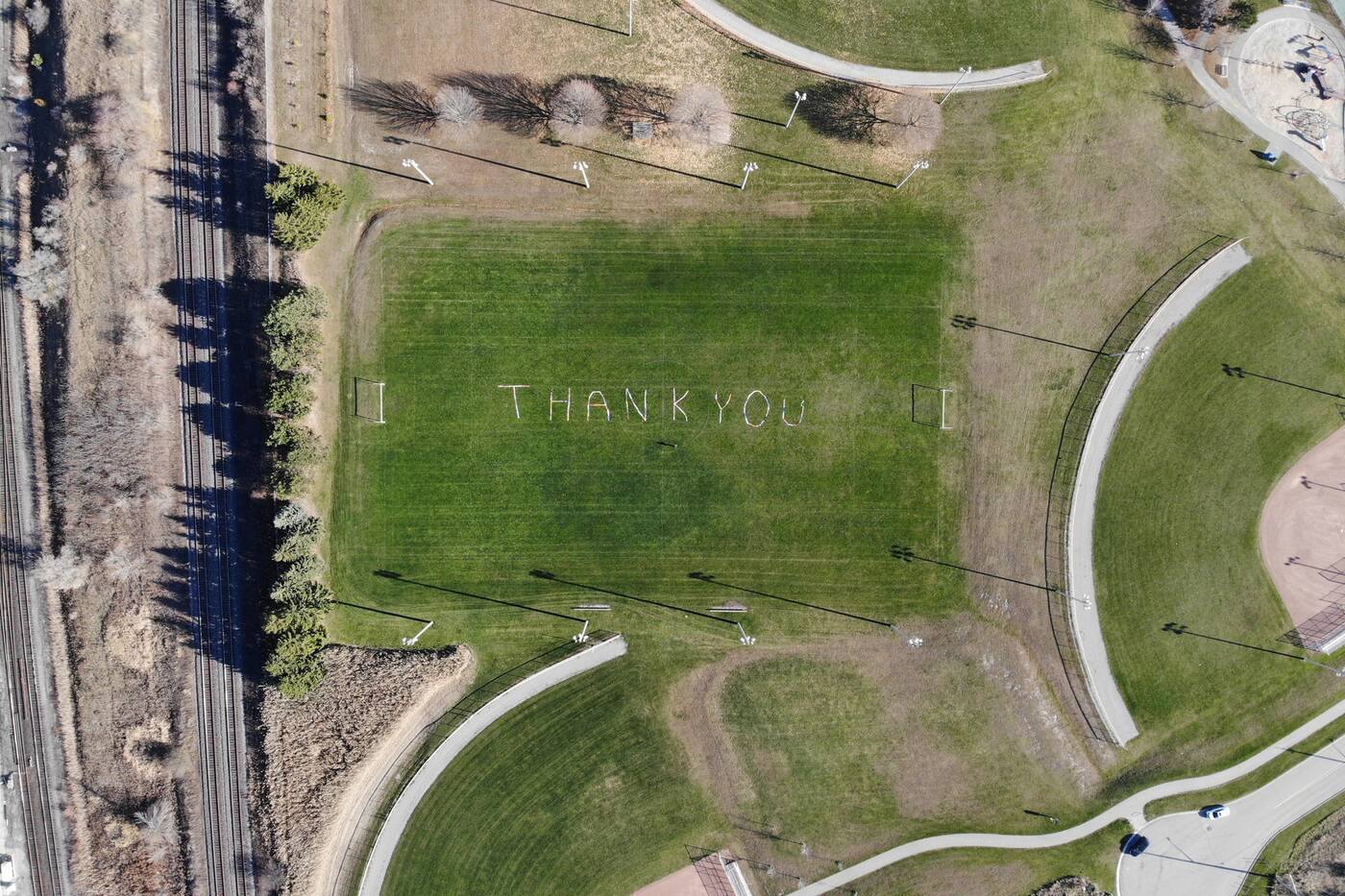 Robertson spelled out thank you with the scarves.

People continue to send the scarves even though he doesn't have any more syrup, he added.

"People really insisted, they said 'I don't need maple syrup, I just would like to send you something,'" he said.

He plans to save those scarves for a second video, so stay tuned.