Some 20 to 30 people are gathered outside the Rogers Building at 1 Mount Pleasant Rd. in Toronto this fine Wednesday afternoon to protest the firing of 85-year-old hockey legend and noted xenophobe Don Cherry.

"Rogers cancels Don, we cancel Rogers," reads one of the signs held up by protesters. 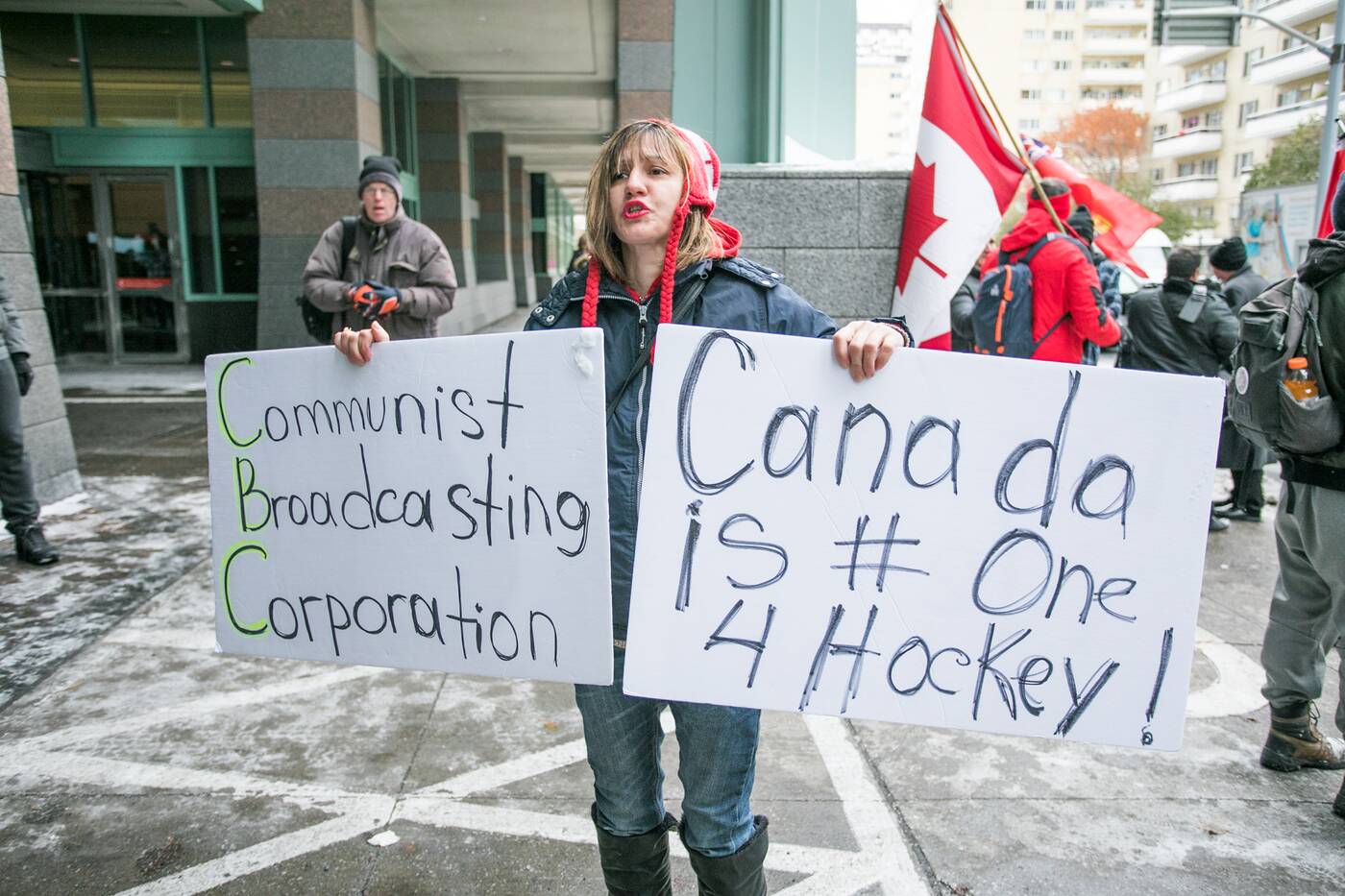 "Cancel culture is wrong," reads another, flanked by poster-boards blaring such phrases as "Canada against communism" and "Veterans matter."

Crowds have gathered outside Sportsnet's headquarters for a rally in support for Don Cherry #DonCherry #Toronto pic.twitter.com/usWXDtmOje

Cherry was dismissed on Monday afternoon as the host of Coach's Corner during Hockey Night in Canada after a whopping four decades on the job.

Sportsnet, which is owned by Rogers, decided to part ways with the former NHL coach over his controversial rant about immigrants and poppies during Saturday Night's broadcast. 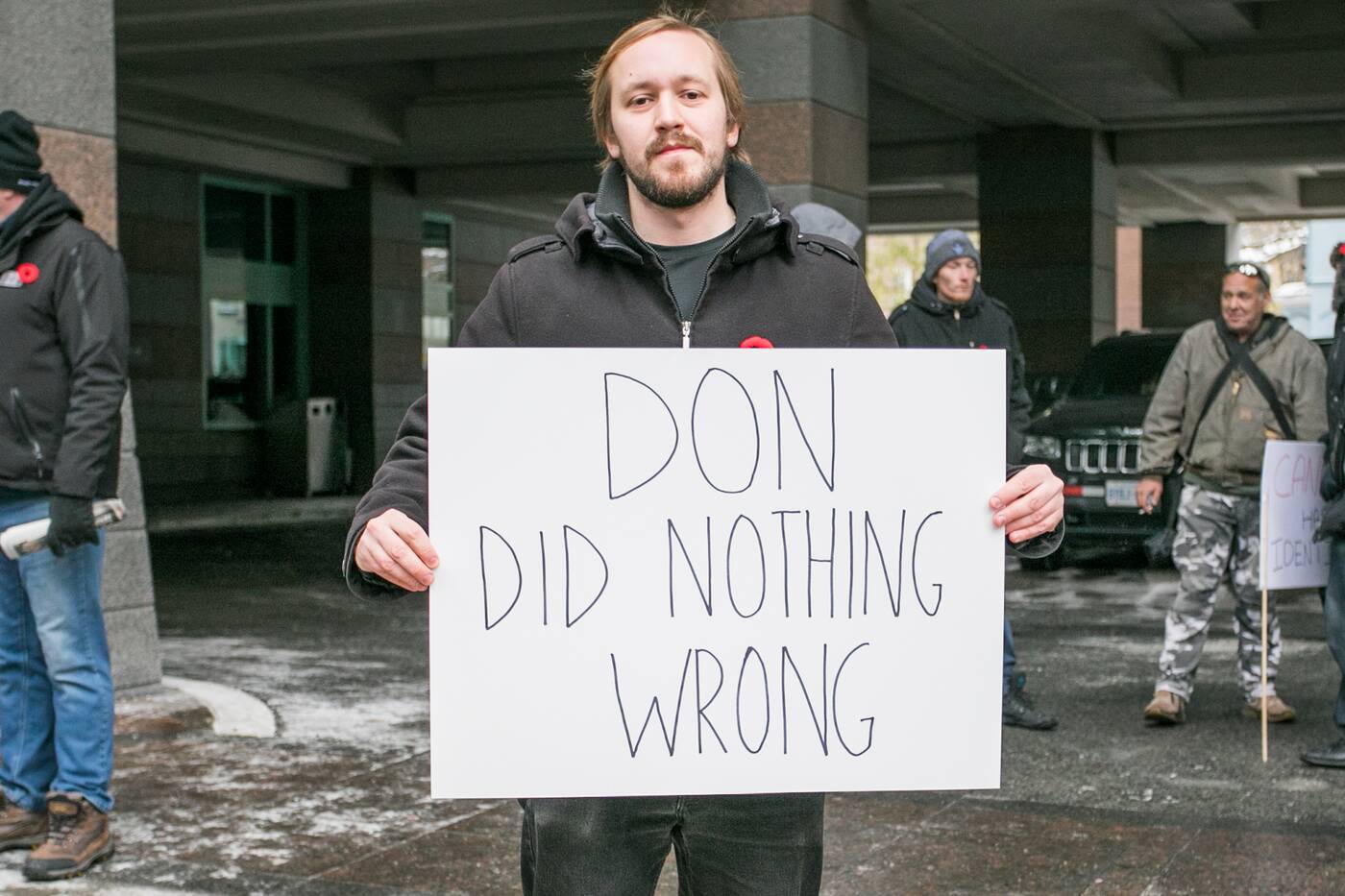 Public opinion has been divided in the days since, but most people — including those who run Sportsnet, the NHL and even HNIC co-host, Ron MacLean — have agreed that what Cherry said on Saturday was inappropriate and offensive. 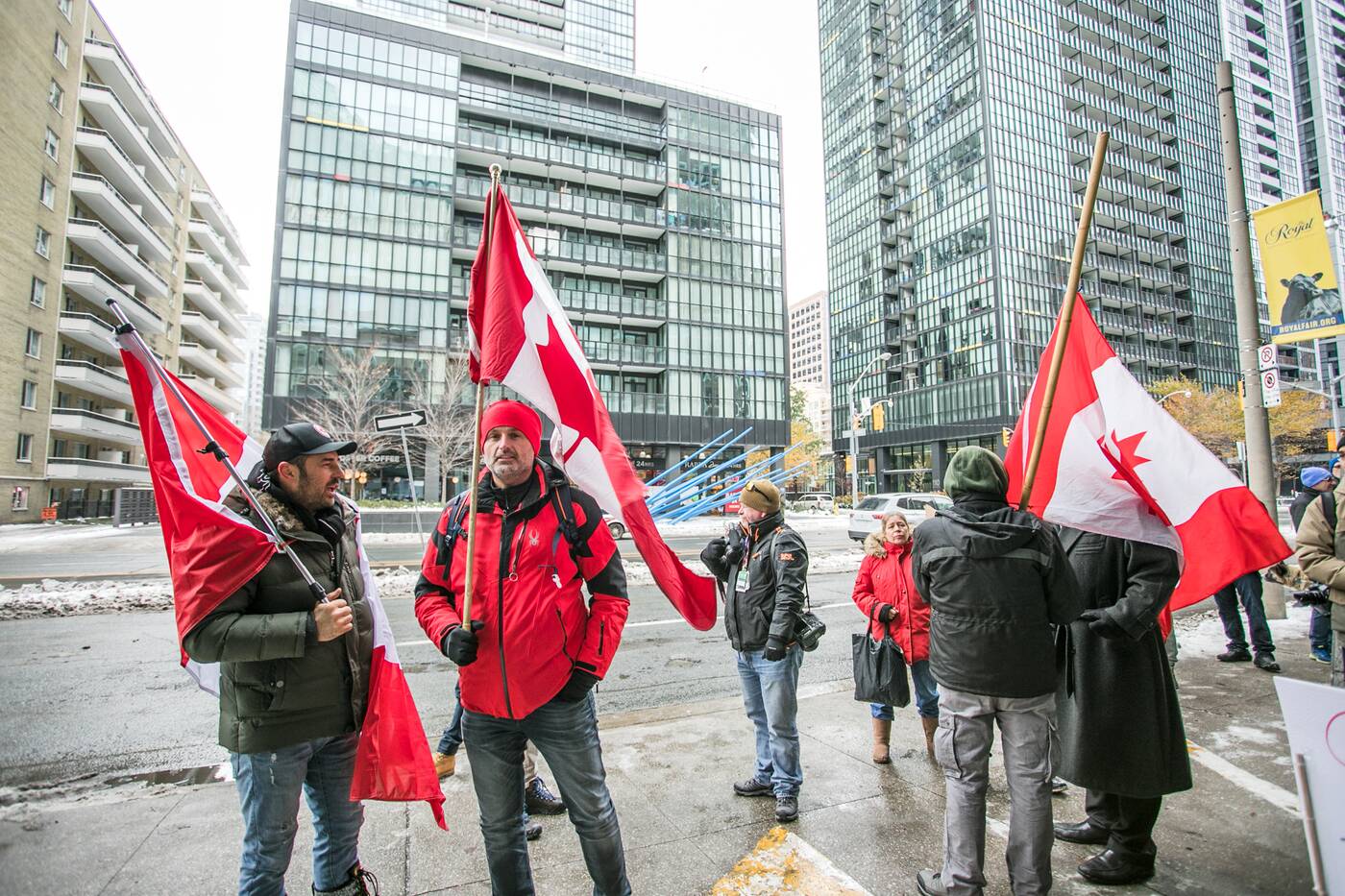 There's a smaller, very vocal contingent of fans that disagrees, however. They argue that Cherry was justified in what he said, and that he should never have been canned.

Dozens of people are outside of Sportsnet's headquarters to show their support for Don Cherry today #DonCherry #Toronto pic.twitter.com/9LBbJvunr1

An online movement in which people pledge to cancel Sportsnet over Cherry's firing had moved into the real world as of Wednesday afternoon, though in smaller numbers than the Twitter mob would have led us to believe. 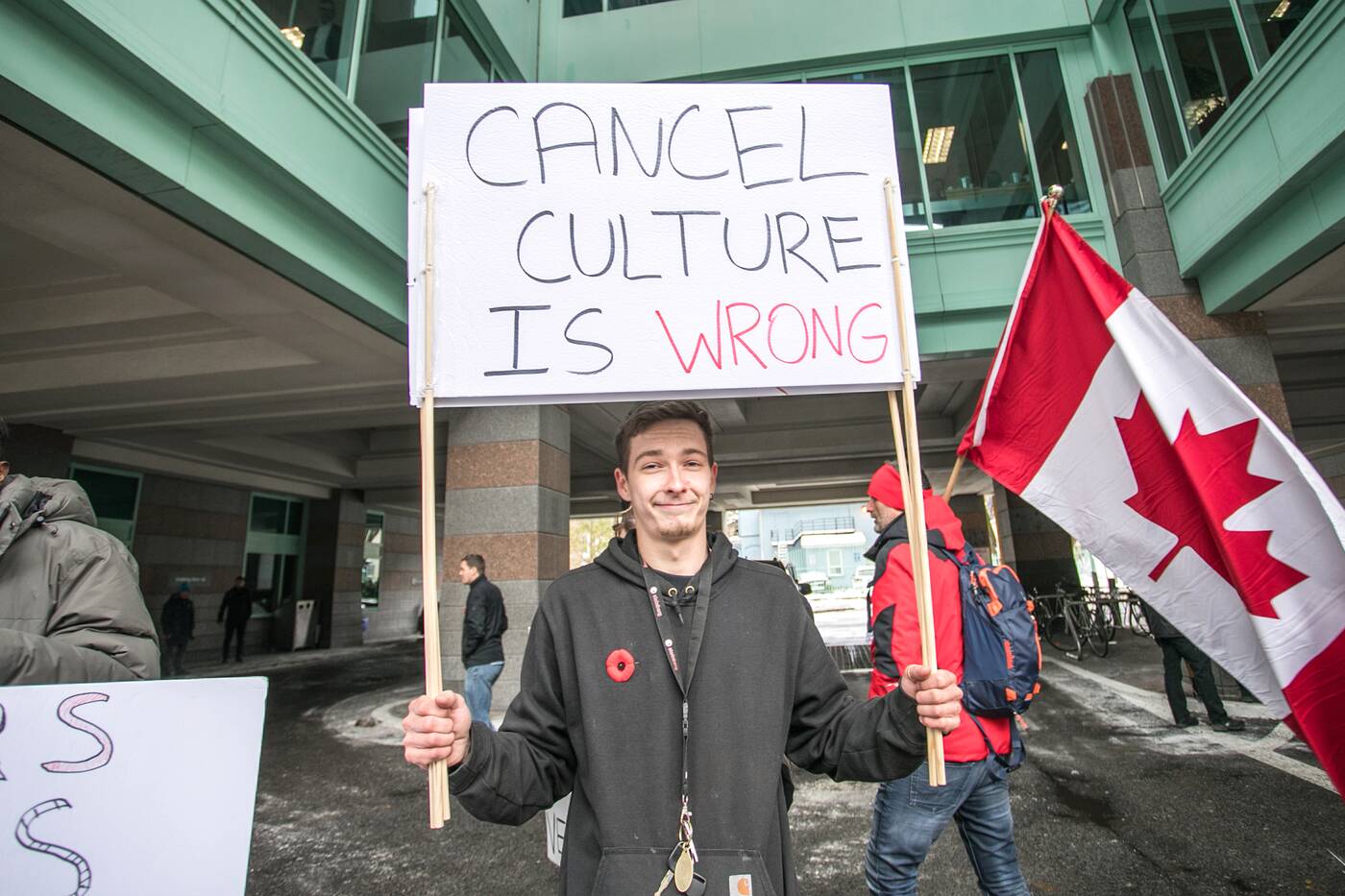 Hundreds less than the estimated hundreds of people expected to show up for today's rally have actually made the journey to Sportnet's studios.

Aaaaaaand this is where we are at the Don Cherry rally in front of Sportsnet:

Police are on hand to ensure that all participants and counter-protesters are safe.

Video footage from the scene shows that at least one kerfuffle has taken place between someone walking by who called the Cherry supporters "insane" and a protester who screamed back at length. 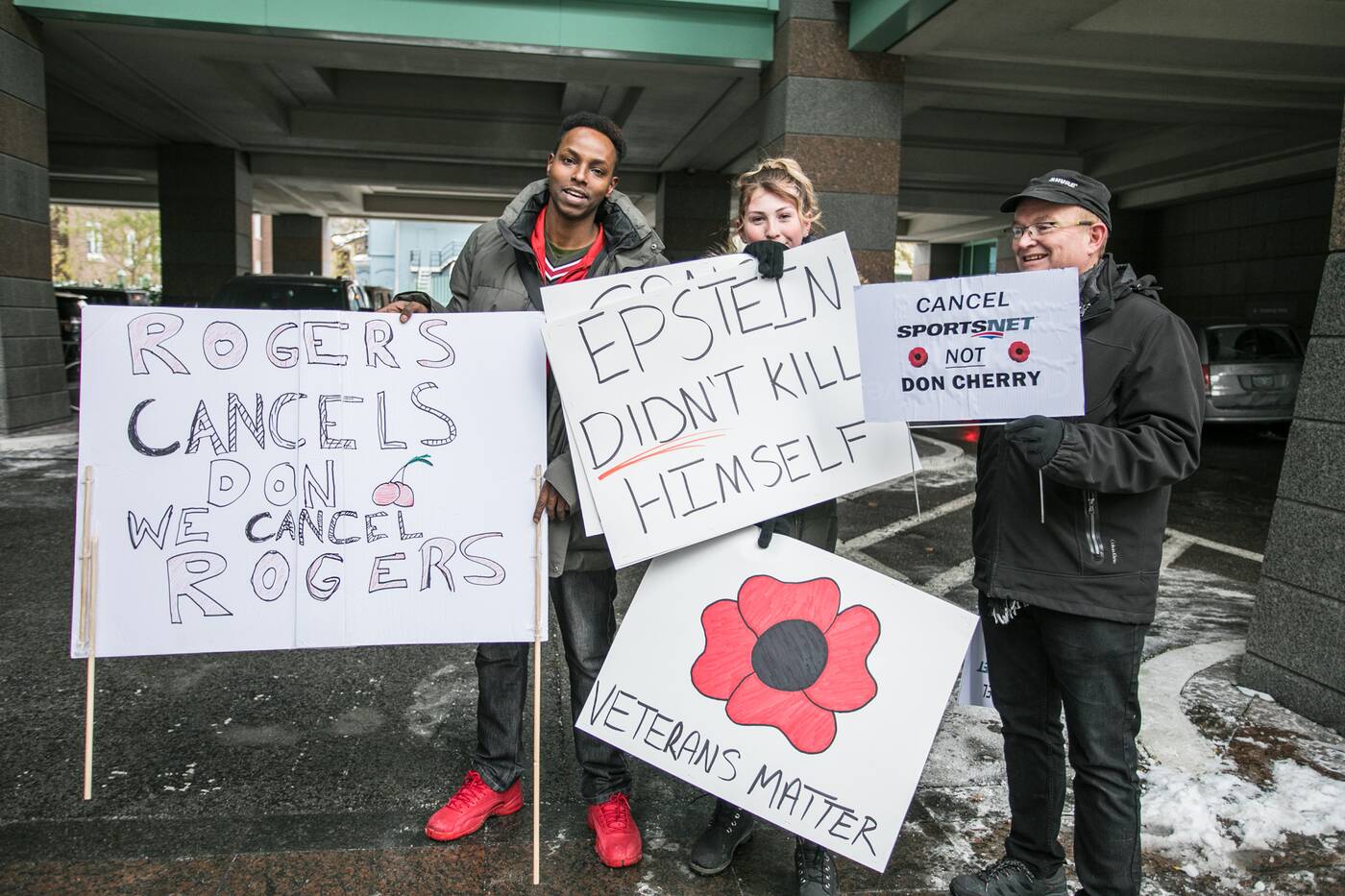 Don Cherry, who went on Tucker Carlson's Fox News program Tuesday night, says that while he would never censor himself to keep a job, he does regret using the words "you people" in describing immigrants.