The public space tucked behind the College Park shopping mall has been closed since early 2016, and has been running behind schedule since the City first made moves to revitalize the aging park with $3 million in funding. 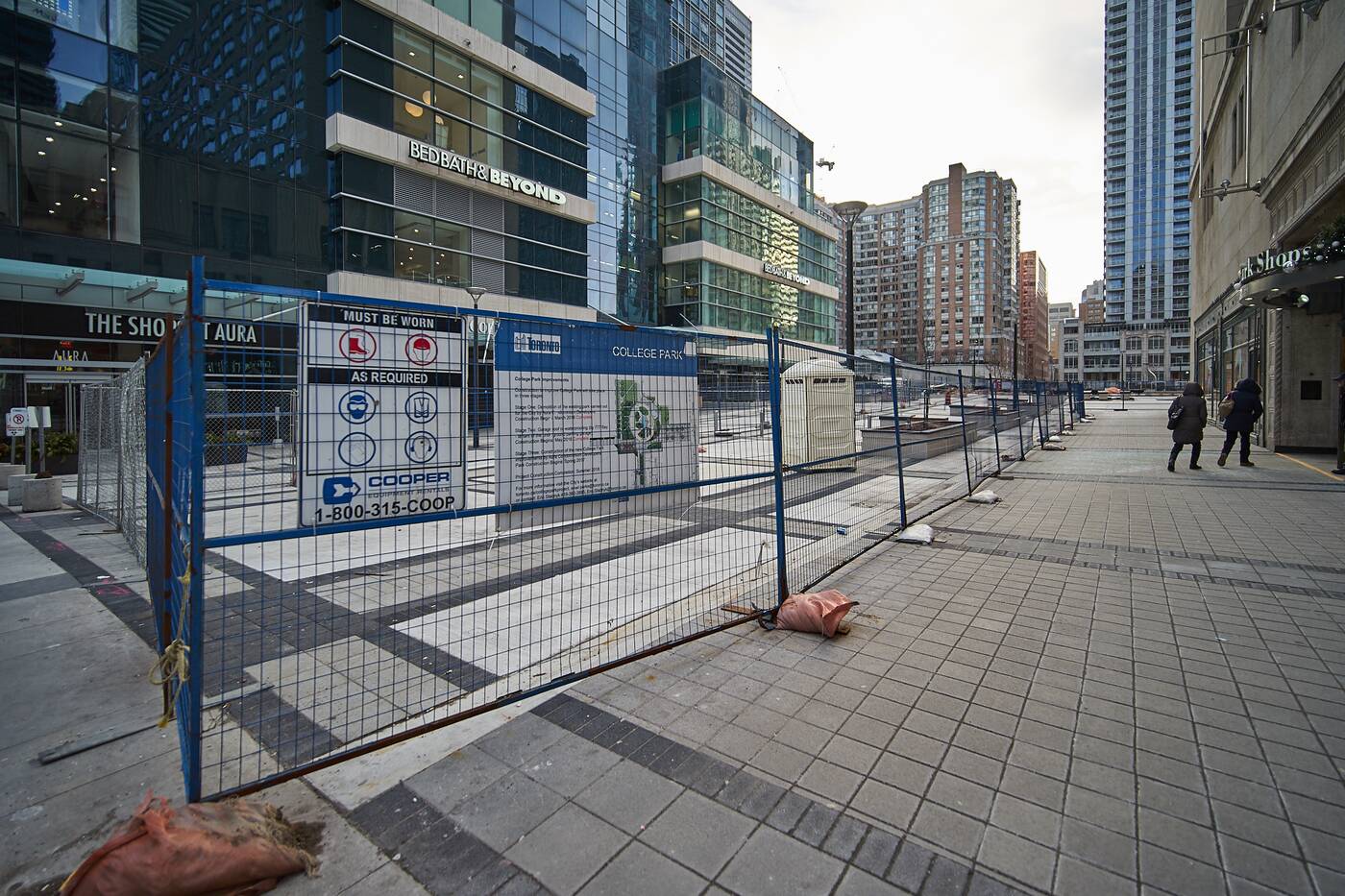 Barbara Ann Scott Park, also known as College Park, has been closed since 2016.

Though the 0.75-hectar space north off of Yonge and Gerrard is still gated off, pedestrians can catch glimpses of what might soon become garden-filled space in the summer, and in winter, a place for skaters to congregate.

The Barbara Ann Scott Skate Trail is downtown's first oval-shaped skating trail taking shape in the heart of this redevelopment, which, oddly enough, sits atop an underground parking garage. 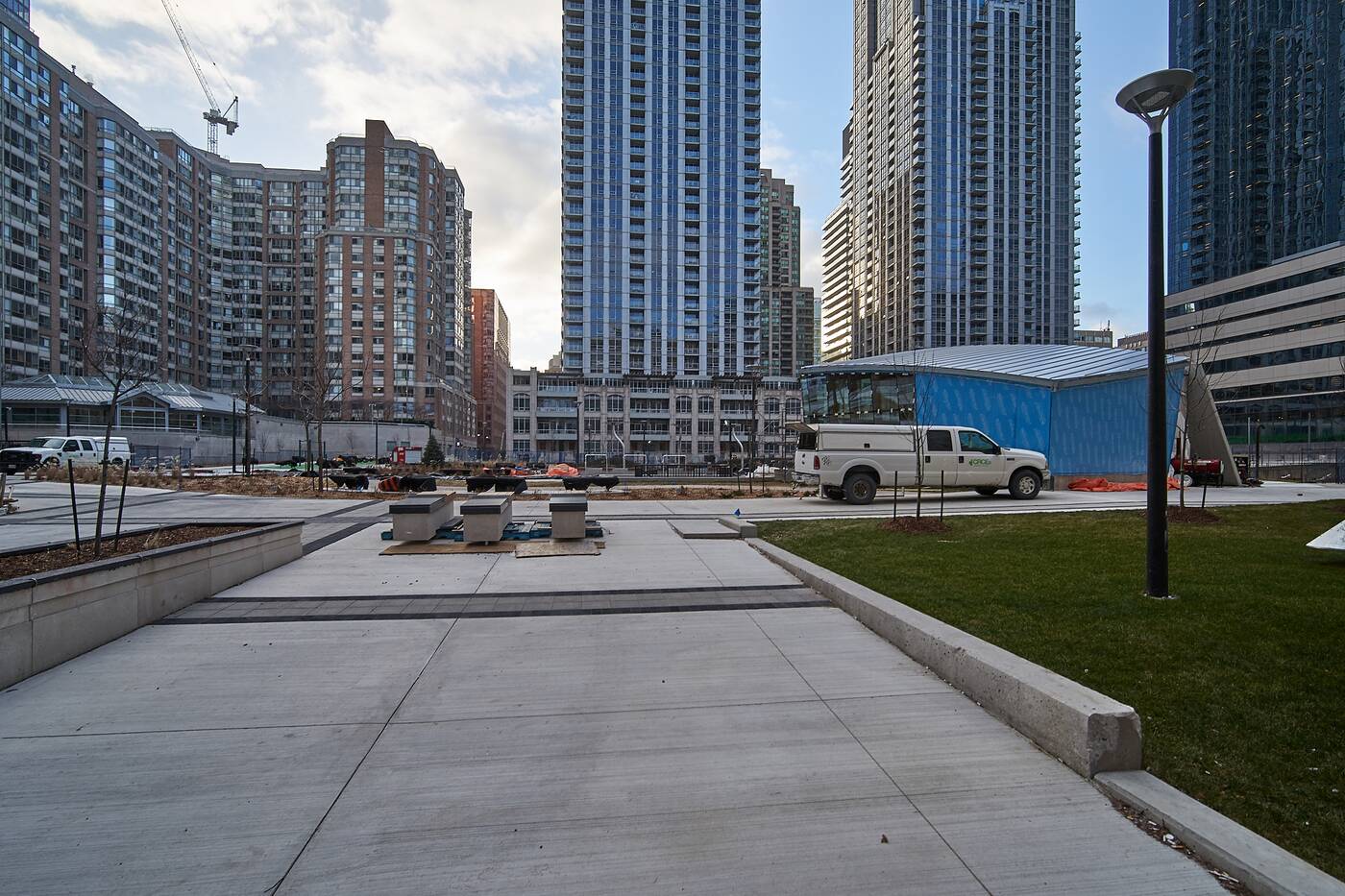 The aging park behind the College Park shopping centre was in need of an upgrade.

It won't be the first time the park saw a skating rink on its grounds.

When it was first built in the 1980s, Barbara Ann Scott Park was home to an oval skating rink of the same name, but it closed in 2011 due to tight City budgets, never to open again. Instead the inset skating rink sat waterless for years as the rest of the park deteriorated over time.

Barbara Ann Scott was actually a Canadian figure skater who won an Olympic gold medal in 1948, so it's only right that a rink would open up here once more.

Aside from the five-metre wide skating trail, which will turn into a walking trail in the summer and be artificially cooled in the winter, you can see the 1,500-square-foot pavilion (which will house skate-friendly rubberized surfaces, washrooms, and a Zamboni) has also been set up. 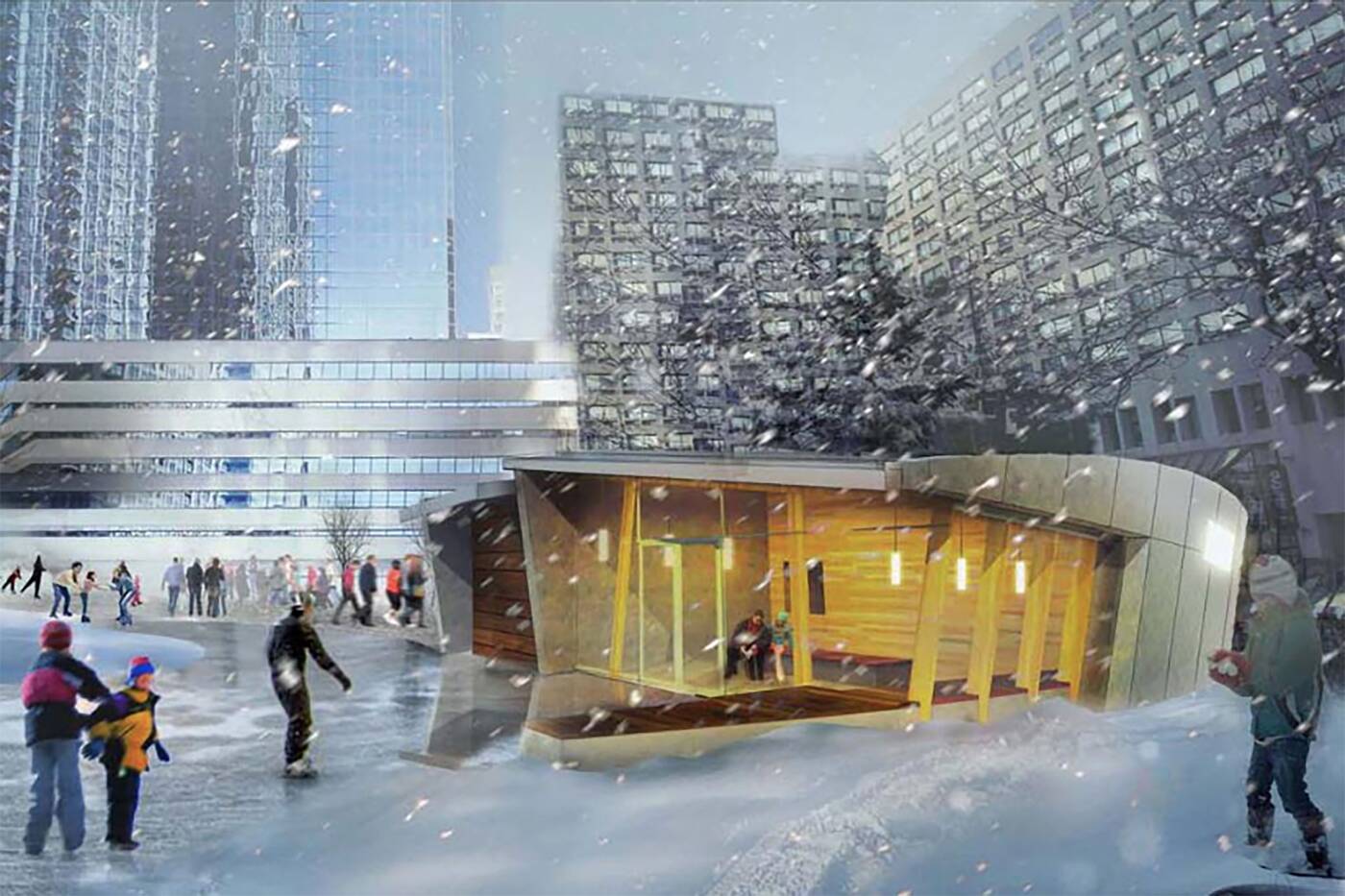 The new skating rink will also feature a pavilion, a.k.a. the 'jewel box of the park' when complete. Photo via RAW Design.

According to some workers on the site, the project is expected to be done sometime this year. Gone is the old change house and original rink.

You can see that the landscape looks much tidier than it did a year ago.  Now it seems they're finalizing features like garden areas and new sidewalks that will connect the main arteries of Yonge, Bay, and Gerrard Streets to the surrounding buildings.