The Toronto Zoo is getting bigger, better, and a bit more bougie, too.

City Council recently approved a plan that will allow the zoo to expand its borders sometime in the near future. It plans to use this land for breeding, as well as to grow feed for some of its animals.

Now here's where things get interesting — and a little bit controversial.

One of many massive, planned additions to the zoo, as outlined in its 2015-2020 strategic plan, includes a Carolinian Forest habitat where Zoo visitors can observe "the plants and animals that make their home in the Rouge River valley." 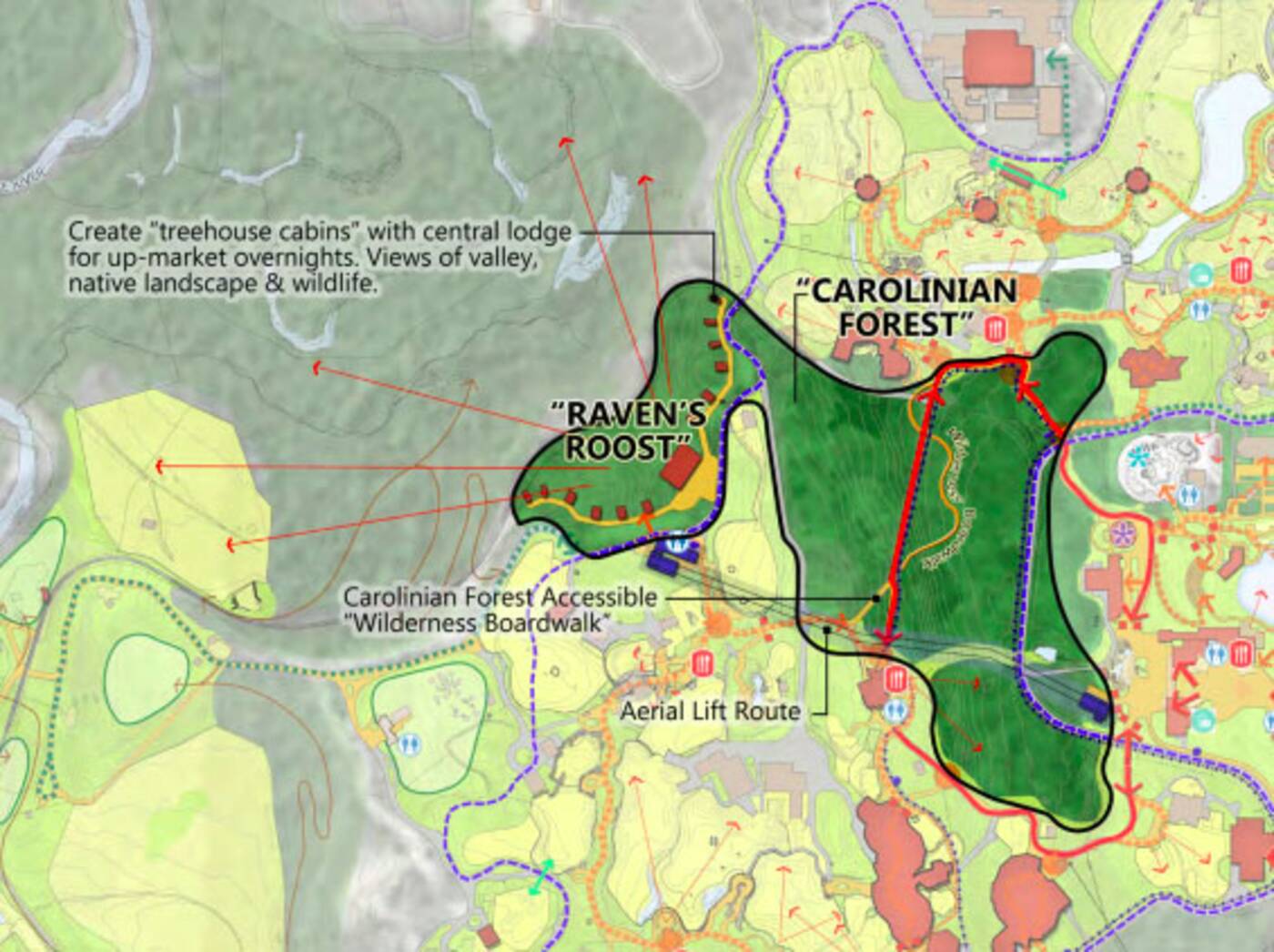 This map from the Master Plan, composed in 2016, shows how the zoo plans to lay out its Carolinian Forest attraction. Image via the Toronto Zoo.

A wilderness boardwalk will wind its way across this zone, though the zoo notes that development will otherwise be "limited" in order to protect the integrity of an already existing natural forest. 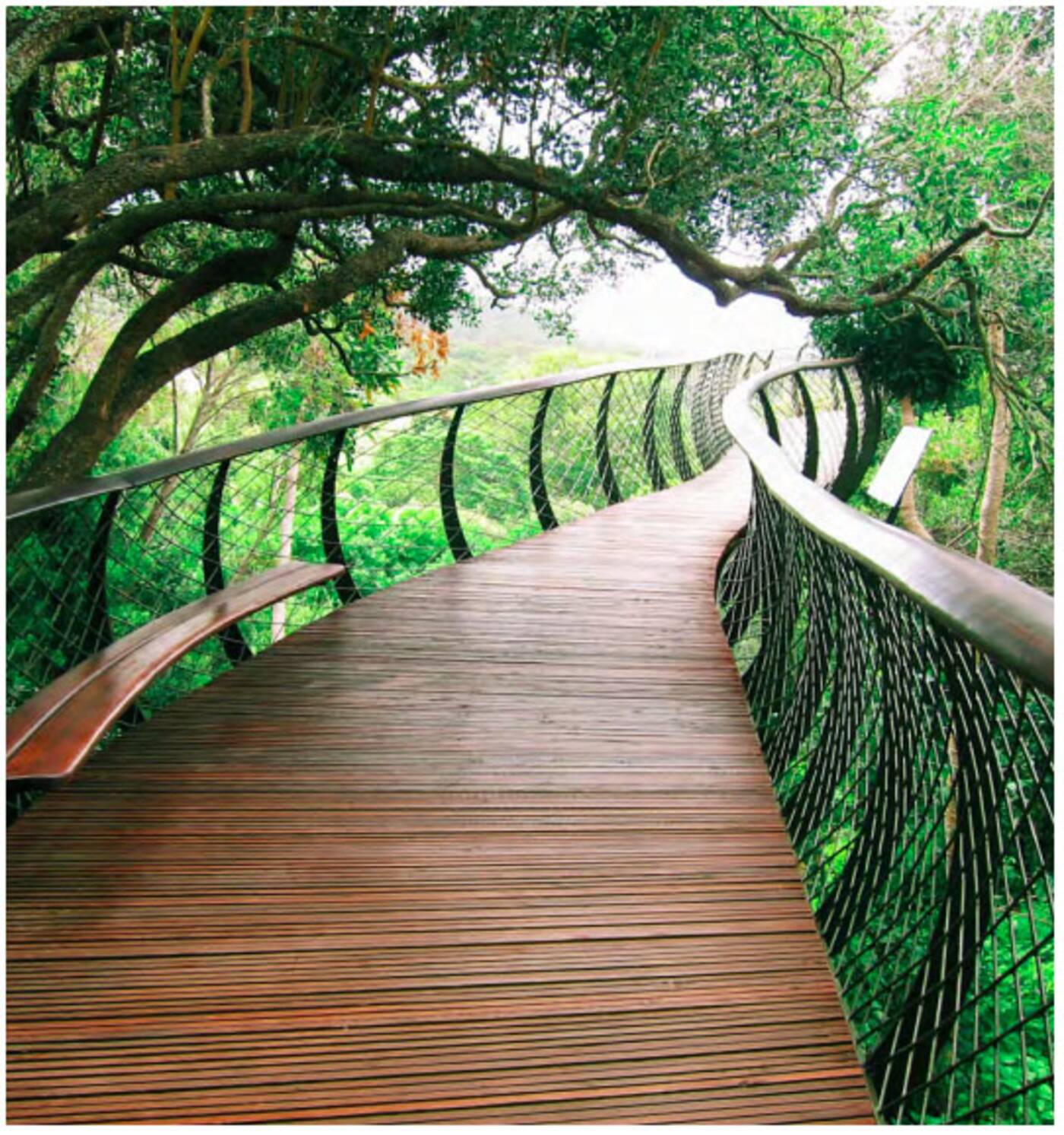 The plan also promises an aerial gondola that will run through the forest's treetops, connecting an orientation plaza and a retail store and snack bar.

More interesting still, though, is the addition of a fancy new overnight stay area, right next to this idyllic forest path.

"Sitting amongst the trees along the ridgeline overlooking the Rouge Valley, 'Raven’s Roost' will become a year-round family and small-group 'glamping' retreat."

Tree-top trekking and zip-lining through the Rouge Valley are also reportedly planned as part of the attraction. 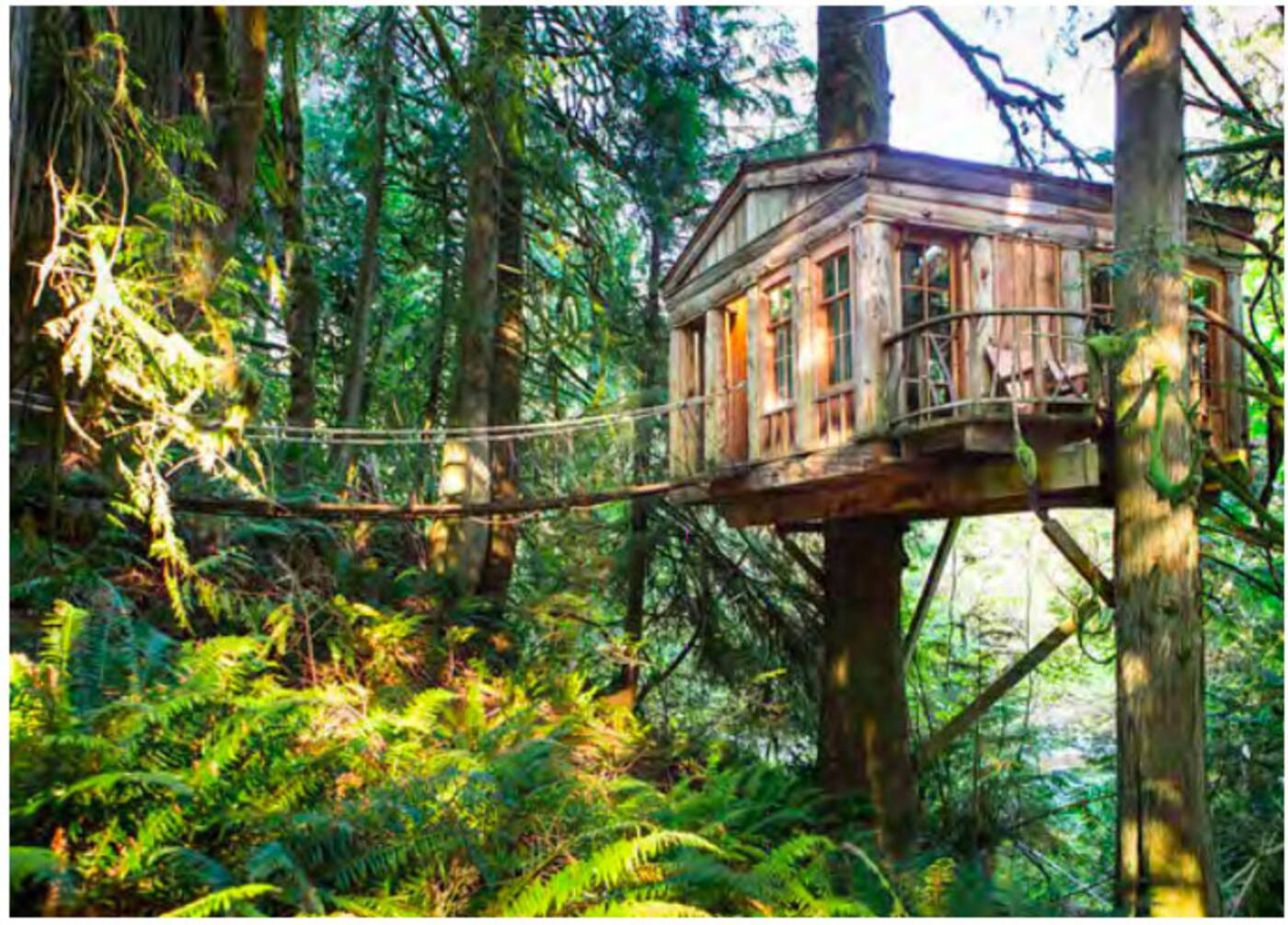 This image is included in the Toronto Zoo's future planning book to illustrate the type of high-end glamping customers will someday have the opportunity to experience. Image via Toronto Zoo.

Sounds cool, but I wouldn't go booking off time just yet.

Construction isn't even set to start on the treetop cabins until at least 2024 – and there's no way of knowing how much it'll cost to stay there once it's ready.

A phasing plan and cost summary chart shows that the zoo plans to spend about $6,278,000 on building the glamping retreat alone.

Those are some mighty big costs to recoup. Fingers crossed pizza doesn't get anymore expensive. Is that even possible?