Winter events and activities in Toronto prove we're a city that isn't afraid of the cold and despite this "hibernation" term floating around, there are a slew of major parties, events and festivals happening both inside and out.

Here are my picks for things to do this winter in Toronto.

Dance at the Solaris Music Festival

NYE has nothing on Solaris, a massive two-day electronic dance music mini-festival taking over the Rebel Complex on December 26 and 27.

The World Junior Hockey Championship is happening in Toronto from Dec 26 - Jan. 2 at the ACC and is a great chance to see some amazing up and coming talent for a fraction of the price of a Leafs game.

Toronto is going to be spoiled with some pretty fantastic concerts in 2017, including big shows from The Flaming Lips, Kings of Leon, Ariana Grande and Bastille.

Check out a winter film festival

Since Hot Docs doesn't arrive until spring, why not see a flick at the Black Film Festival, 8Fest or CineFranco.

Have a night at the theatre

The Next Stage Theatre Festival runs from January 4 to 15 and celebrates 10 years of completely independent theatre getting to a bigger stage.

See the best bet bands of the new year

The Class Of ... music fest is so smart. They round up a bunch of bands set to makes waves in Toronto in 2017, all at The Silver Dollar from January 6 to 8.

The 16th annual Top Ten Film Festival at TIFF celebrates and promotes contemporary Canadian cinema and screens the top films of last year from January 13 to 26. 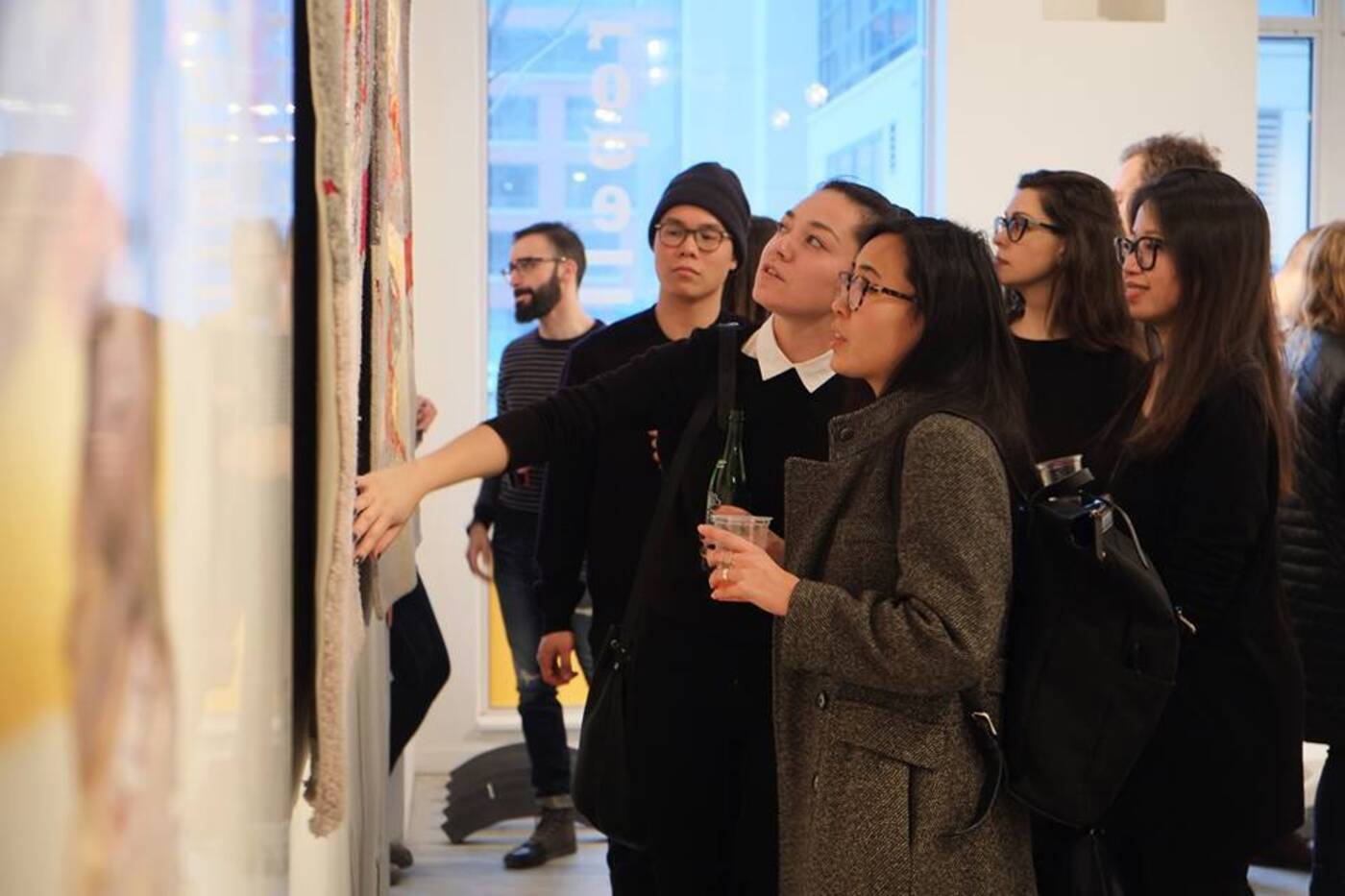 The Toronto Design Offsite Festival takes over most of the city from January 16 to 22 and takes design and art out of the studio and into the streets and environments around us.

Check out a show at Toronto's newest theatre space

Crow's Theatre opens in January and it's the city's newest theatre space. You can find it at 345 Carlaw Ave., and catch a play, live poetry, a concert or an art show here. The schedule is already booked well into 2017, so pencil in this friend date now.

Party in a giant gallery

AGO's First Thursday parties take a break for the first couple months winter but come roaring back in February. Make sure to get tickets now.

Celebrate the year of the rooster with a symphony

TSO's annual Chinese New Year celebration pays tribute to the year of the Rooster in 2017 with Long Yu, artistic director of the China Philharmonic Orchestra and music director of the Shanghai Symphony Orchestra, leading the show on February 4.

See a show at an indie music fest

On Februay 18 and 19, Wavelength Music Festival fest takes over The Garrison for a Family Day weekend-long showcase of the coolest sounds from the underground.

Cozy up during a wintertime folk fest

The Winter Folk music festival runs February 17 to 19 and is a celebreation of blues and roots music at venues all over the city. 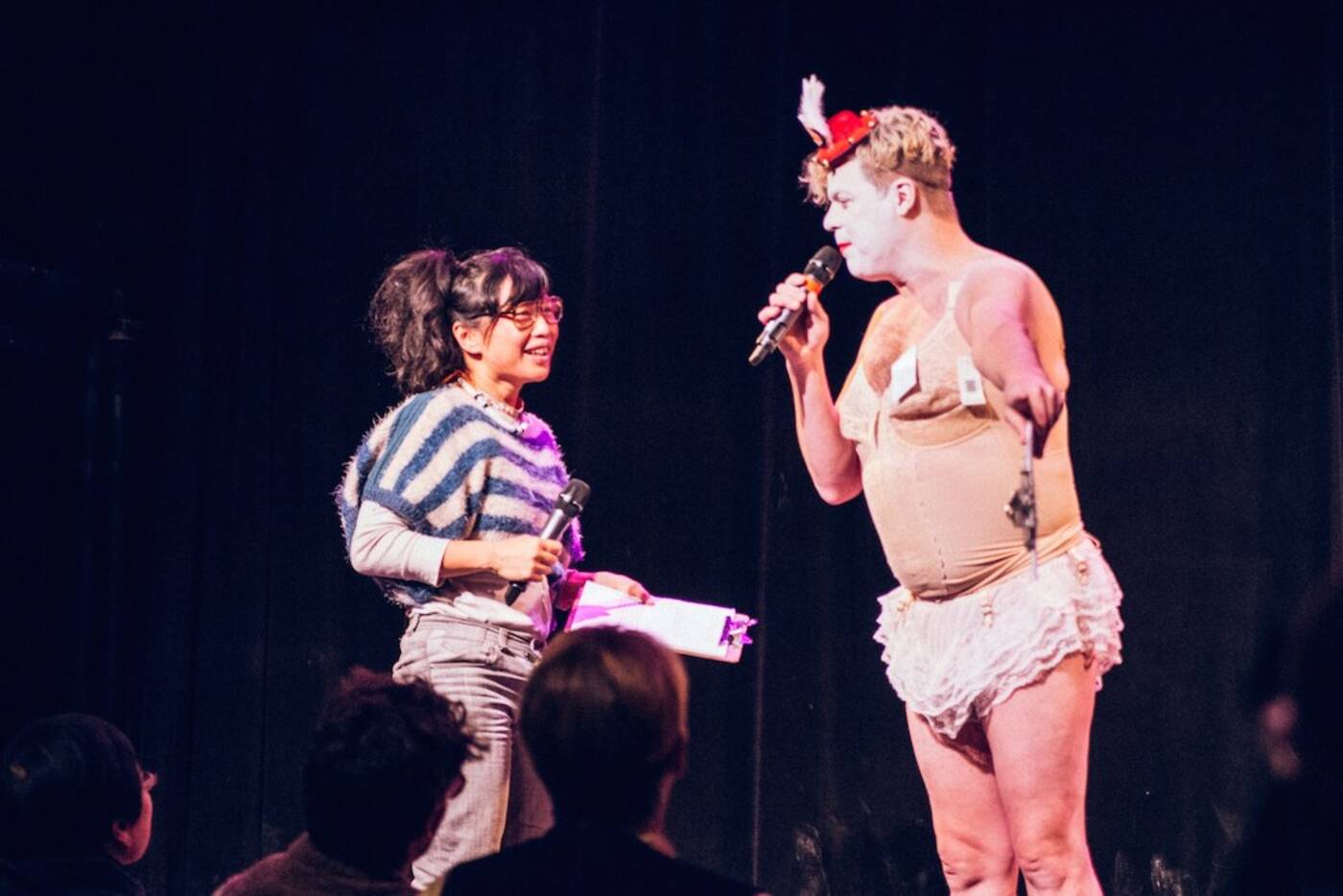 The Artist Project Contemporary Art Fair is a good place to discover works of art from over 250 contemporary artists from Canada and abroad from February 24 to 26.

See some huge names in comedy

For some reason, Toronto struck gold with comedian bookings in 2017 as we welcome funny folks like Amy Schumer, Jerry Seinfield and Chris Tucker.

View some of the most buzzed-about documentaries during the Doc Soup series. There's also a special 8 hour screening on New Year's Day of the highly acclaimed O.J. Simpson documentary.

Baby G's is a grungy little rock club on Dundas West from the folks behind The Garrison and there's always something fun and loud going on.

Toronto Men's Fashion Week returns March 3 to 8 at Maple Leaf Gardens so you can understand what wardrobe investments to make this year.

The weird and wonderful outdoor installation art project is back again this year to transform six lifeguard stands along Balmy, Kew and Ashbridges Bay beaches. 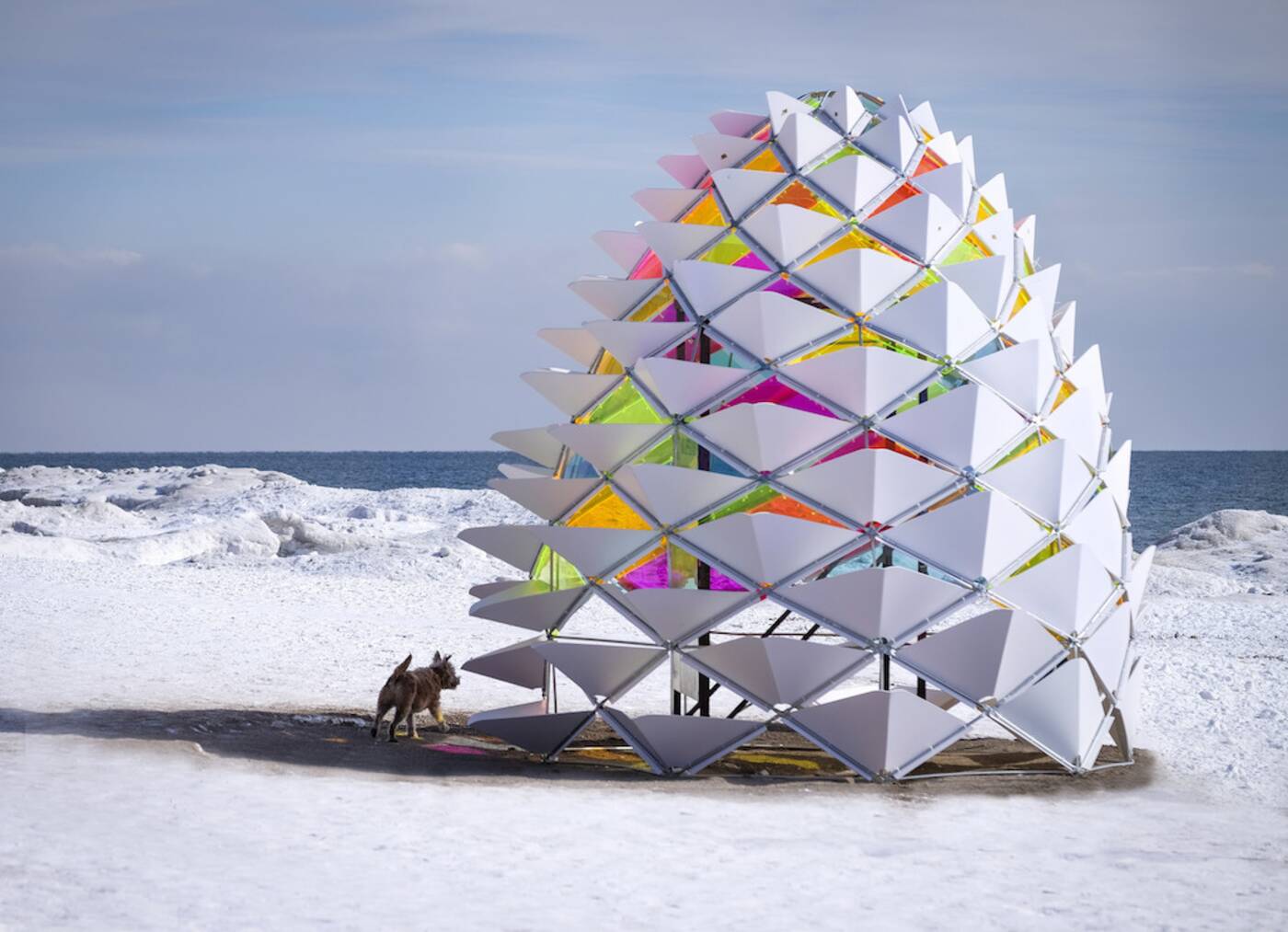 Stretching from Yonge Street to Bathurst, Ice Breakers is a series of giant art installations that'll be displayed along the waterfront from January 21 to February 26.

Rent a glorious chalet near Toronto

Need to get out of the city, but can't afford to take a flight? Rent one of these stunning winter chalets for you and your friends and relax in front of a roaring fireplace in the hills instead.

Go tobogganing and/or tubing with your pals

There are dozens of terrific toboggan hills downtown Toronto and seven amazing hills just outside of Toronto for tubing. What are you waiting for?

Party on the ice at DJ Skate Nights

The free skating nights at the Harbourfront actually have good DJs spinning different genres every Saturday night this winter.

Expand your mind and visit a surreal wonder

You don't need to drive half a day to experience a surreal wonder in Ontario. There are ice caves, frozen waterfalls and even a chance to see the Northern Lights nearby.

Cross country skiing will let you explore the Islands without hoards of tourists. There are trails spread all across the Islands for cross country skiers so you can peacefully ignore the city for a couple of hours while working those glutes.

Have a weekend at a winter resort

Go beyond ski hills and hikes and spend the weekend at a full-out winter resort, some of which are near the slopes. Most have spa facilities and gourmet food options too.

Ice fishing destinations in Ontario can be found surprisingly close to Toronto, and it's a sport that's suddenly popular again. You can even rent a heated hut to upgrade your experience.

Hiking doesn't end in the fall, there's a whole other side of nature to see and you see it with guided walks in Rouge Park. 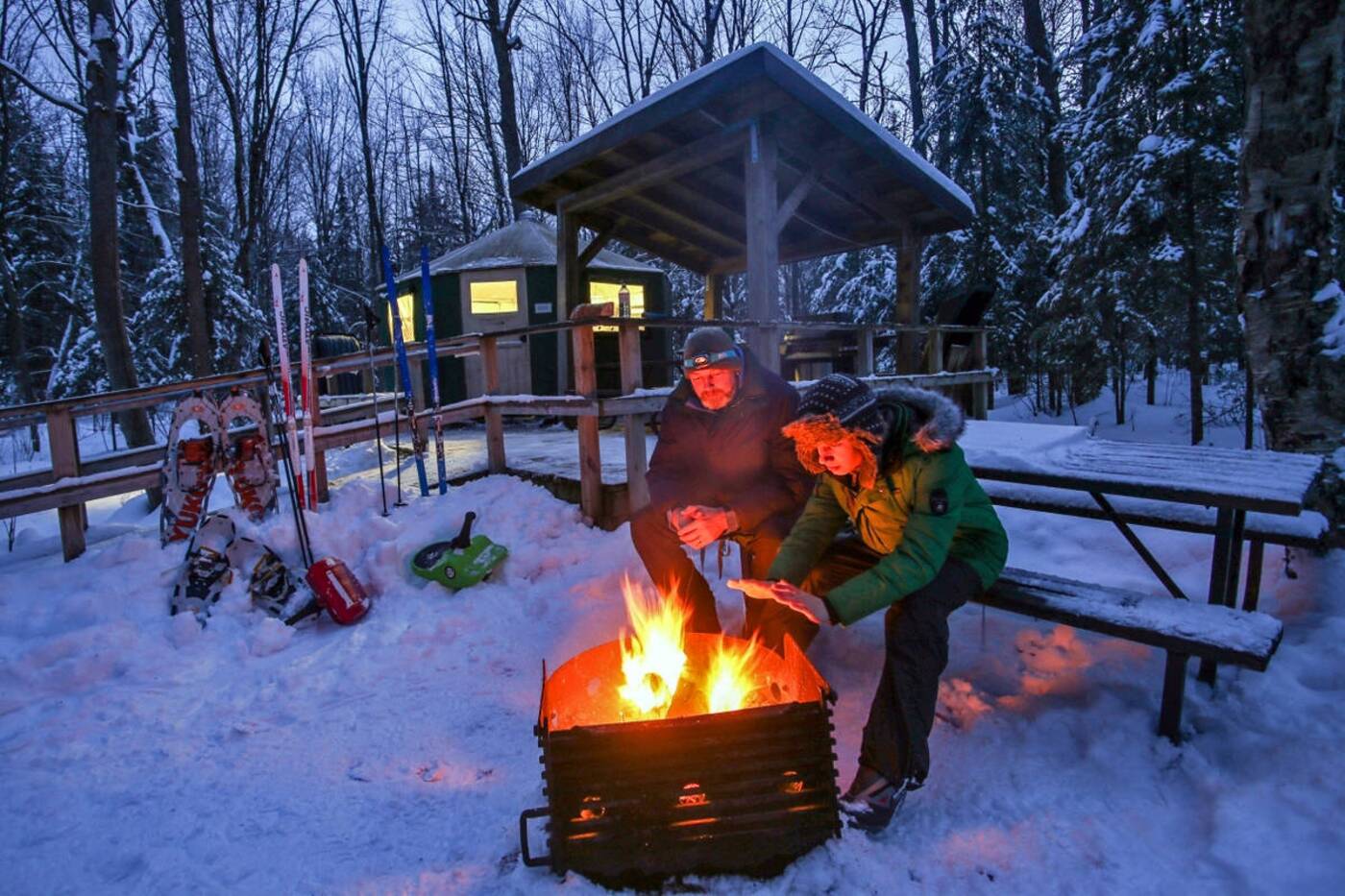 Rent a yurt! Stay at a winter B&B! Go to a spa! There are all kinds of cheap winter getaways for you and your crew that are just outside of Toronto.

Practice at an indoor ski and snowboarding warehouse

Axis Freestyle Academy is Canada's first all-in-one, year-round Dryslope Freestyle Training Facility for Skiing and Snowboarding, so why not head over to the Vaughan location to practice before you hit the real hills?

Give your apartment a complete makeover

The 2017 Interior Design Show runs from January 19 to 22 and it's one of the country's top design fairs, packed with ideas on how to renovate or redecorate your life.

Quit everything and join a circus sideshow

Okay, maybe don't quit everything, but on January 21, you can head to the Mod Club for the Something Strange Circus Sideshow festival and live freak show and pretend for one night only. 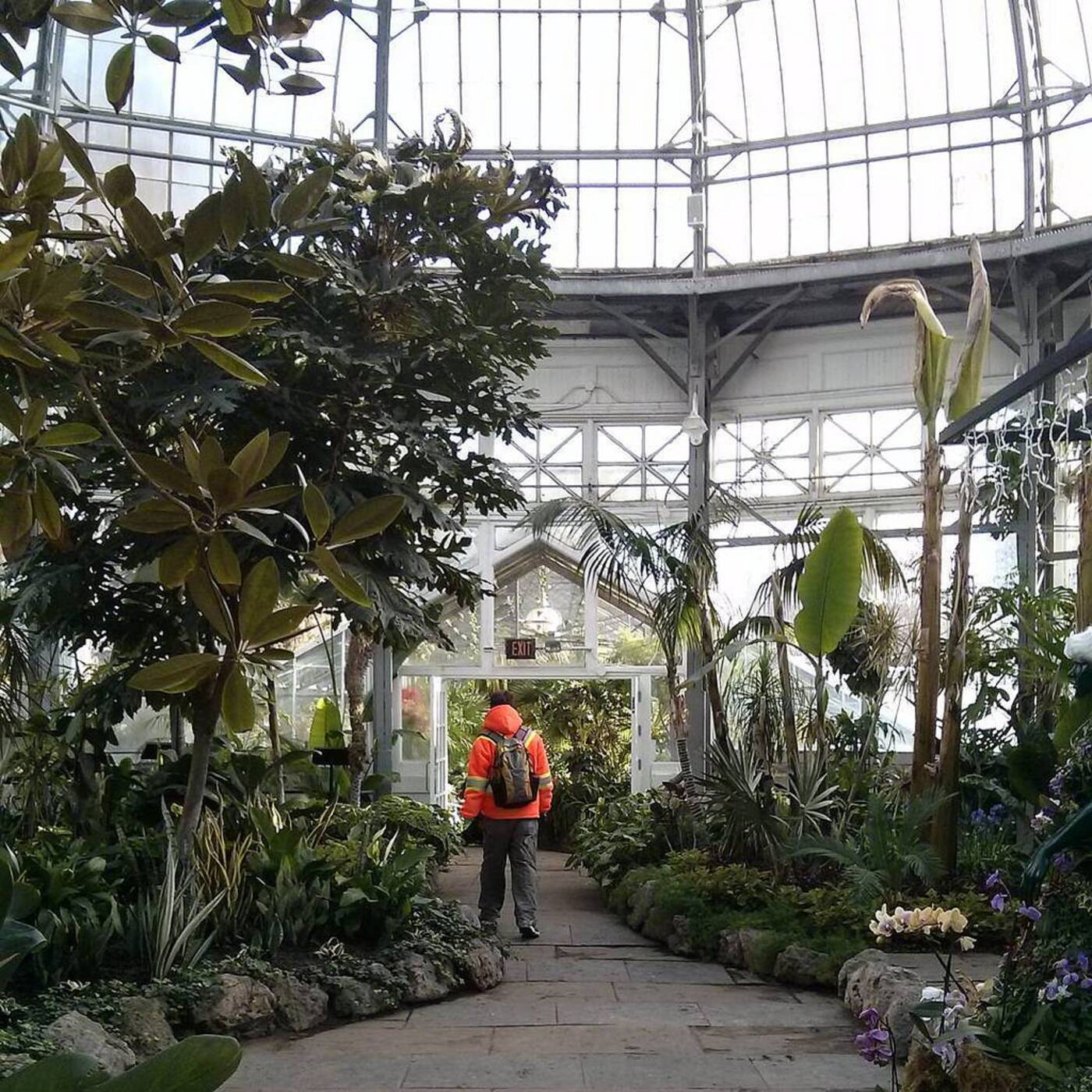 Take a walk in a tropical paradise

If you're longing to see a bit of plant life, head to a place like Allan Gardens or the Centennial Park Conservatory to get your fill of flora and fauna.

The Toronto regional speed skating meet on February 5 is a fast-paced day of amazing athleticism and competition and it's also totally free.

Smell a movie at Toronto's new 4D cinema
Located at Cineplex Cinemas Yonge-Dundas, this is the first of its kind in Canada and features 80 specially-designed seats that shake, vibrate and move along with the action happening on screen along with other sensory special effects.

Check out the hottest new cars on the market

From February 17 to 26, the Canadian International Autoshow happens at the Convention Centre where you can get up close and person with truck loads of cars that aren't even on the roads yet.

Hang out with your favourite superhero

Toronto Comicon 2017 runs from March 17 to 19, right before winter ends, and if it's anything like the last edition that happened at the Convention Centre, you're in for a wild weekend of nerdiness.

On January 28 and 29 float over to the second floor of the Toronto Reference Library and samples hundreds of teas at this fesival for tea lovers. 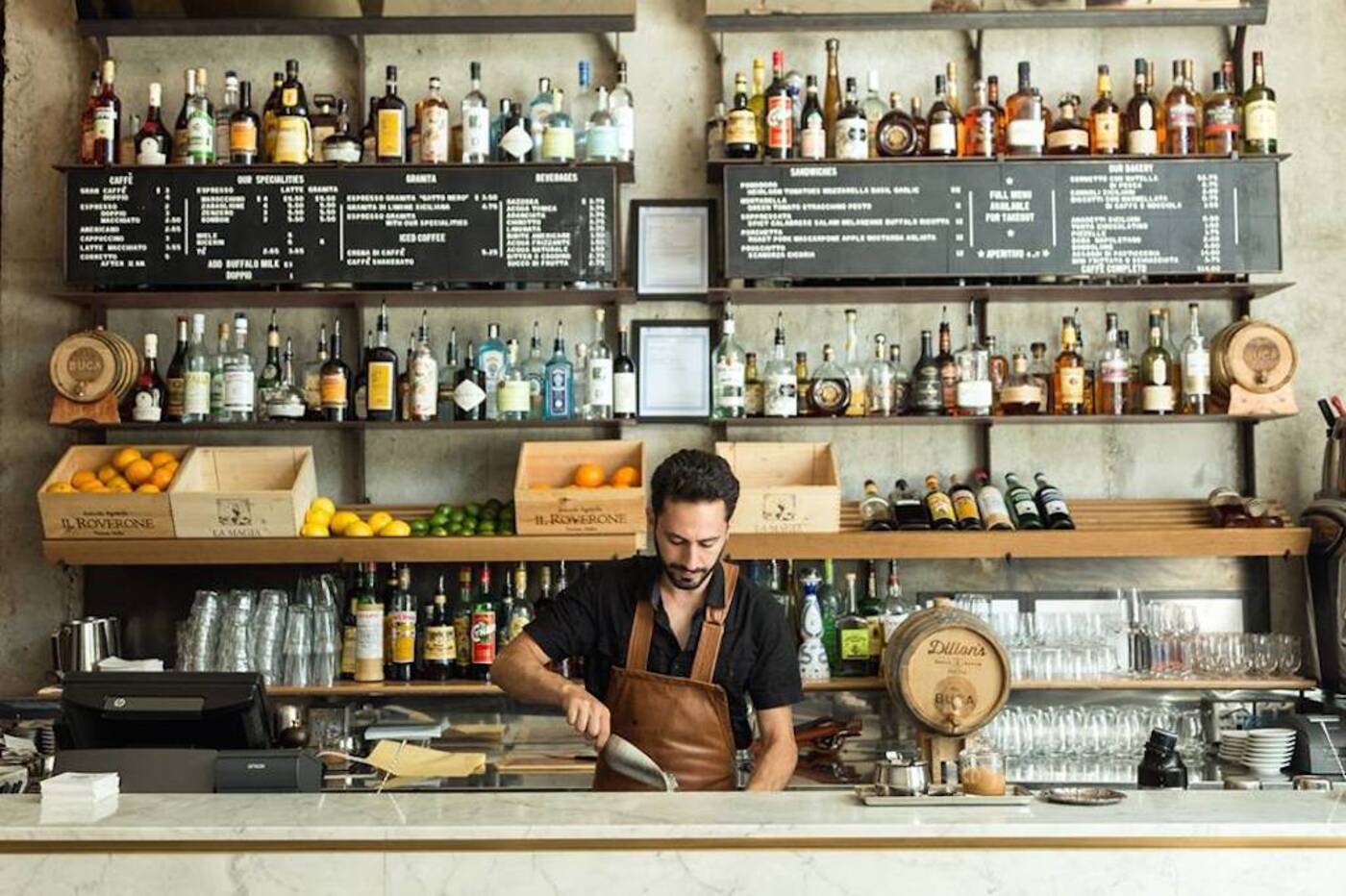 Try a new spot at Winterlicious

There are more than 220 restaurants to choose from and a bunch of new places this year at Toronto's annual prix fixe food festival happening from January 27 to February 9.

Drink beer in the great outdoors

The Roundhouse Winter Craft Beer Fest will not only be serving suds outside from February 10 to 11, but they'll also have a simulated curling rink, fire pits, local food trucks, ice carving, and an apres-ski dance party.

Sneak into one of Toronto's new hidden bars

Hidden bars and restaurants in Toronto are as elusive as ever, but they're out there just waiting for you to find them and make use of all the secret handshakes, coded knocks, and passwords.

The Ryerson Image Centre (January 18) and The Power Plant (January 27) both launch their winter season and the former will unleash very cool shows all over Toronto exploring the ongoing struggles of people of colour.

Come up to my room and party

See how four floors of the Gladstone Hotel get transformed with site-specific, immersive art and design installations over four days at the Come Up To My Room art and design event from January 19 to 22.

Long Winter is a music party that's been running for five years and the Gladstone is its new home. On January 21, join dozens of musicians, artists and comedians for one big night of fun.

Salute the Scottish poet and try out this dinner and scotch nosing, or this brewmasters dinner in his honour. Pubs all around the city pay tribute to the man on January 25, so stay tuned for way more listings.

Lunar Fest on February 4 and the Bejing Symphony Orchestra performance on February 9 are two very public and colourful ways to celebrate the Year of the Rooster.

Get into Toronto's newest and largest party complex

RIP Sound Academy and hello Rebel, a new multi-room spot for massive concerts and even bigger dance parties with state of the art sound and visuals. 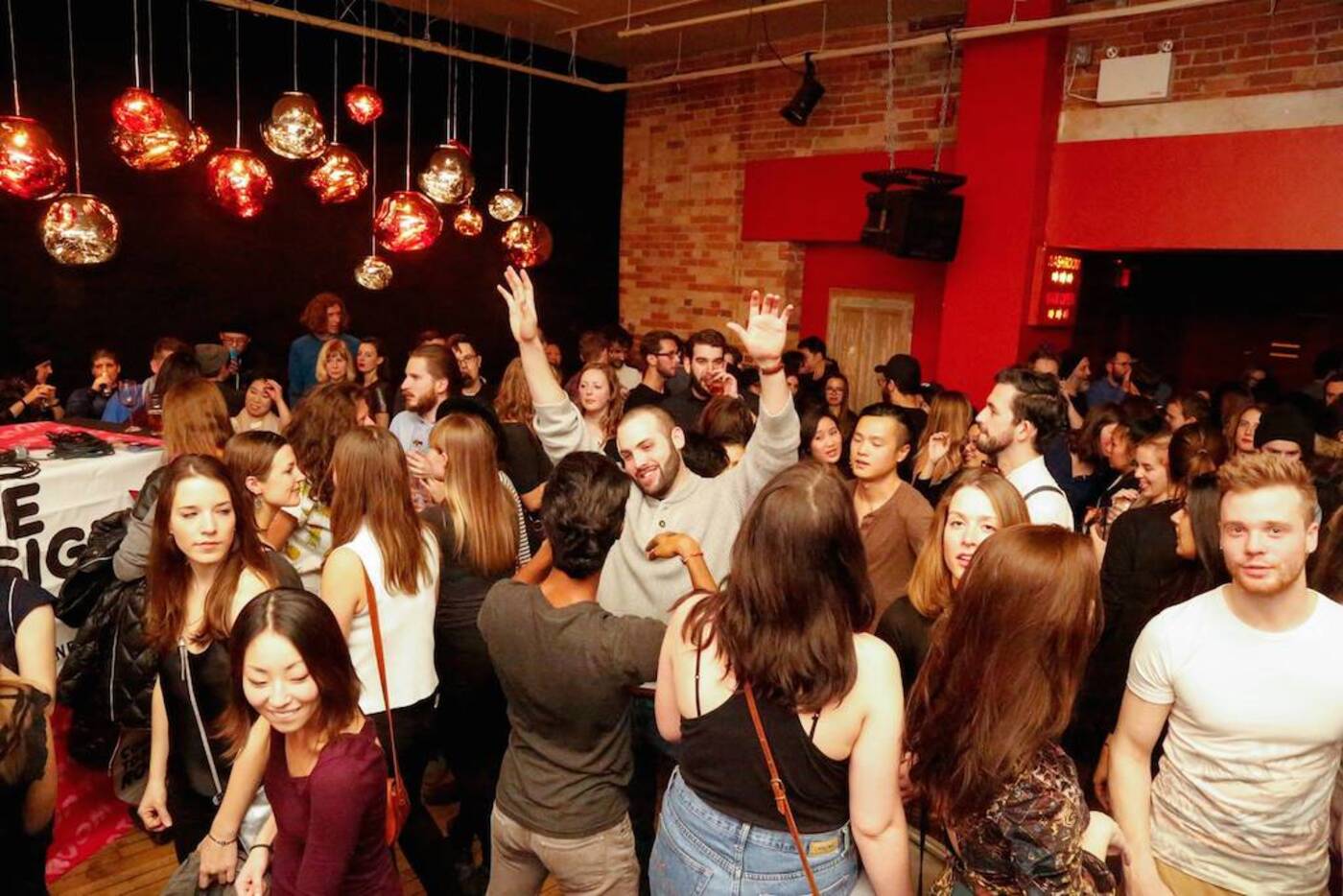 The first, last and only event at Honest Ed's before it's demolished. This festival, which runs from February 23 to 26 will include a market, a dance party and a slew of multi-disciplinary programs