Guild Park and Gardens may be the eeriest, yet most breathtaking park in the city. The park teeters on the edge of the Scarborough Bluffs offering a great view of Lake Ontario. If you turn your back on the lake, Guildwood offers plenty of interesting man-made sights as well.

Scarborough's Guildwood neighbourhood isn't the first thing that comes to mind for art and culture in Toronto, but the park has been a haven for the arts since 1932. The park was a private residence used as a rent-free commune of sorts for more than 100 artists and their families to live and work. The Clark family, who maintained the grounds, had an affinity for the arts and believed the natural inspiration of the park would spark creativity for their guests. 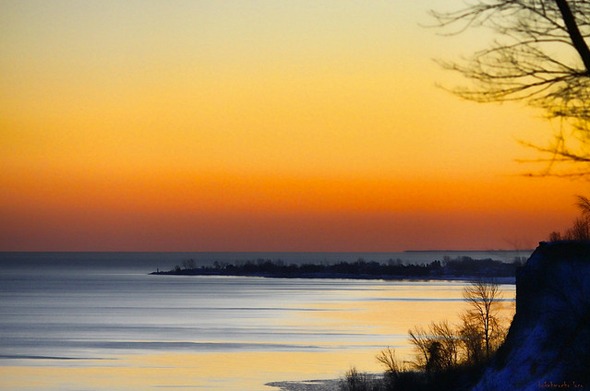 The Clarks' appreciation for the arts led them to collect more than 70 architectural ornaments plucked from Toronto during the post-war development boom. These structures, columns, amphitheatres, and belfries decorate the park, now known for having a bride, groom or entire fleet of bridesmaids strewn over them on most summer weekends. For the rest of us, the unappreciated museum/junkyard contains un-curated artifacts, including Frederick Banting's mantelpiece as well as columns from the Bank of Canada. 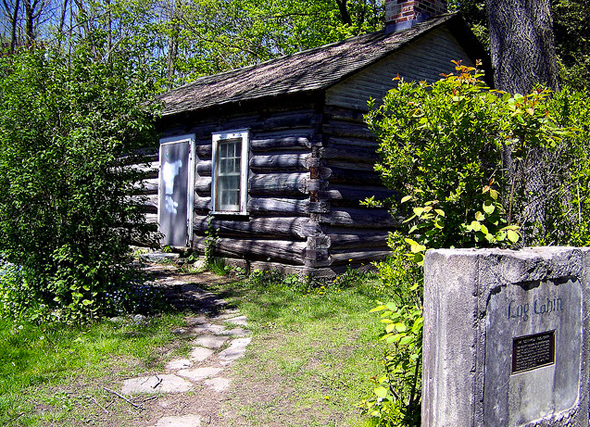 An "olde style" log cabin constructed in 1795 still stands on the property, though the cabin has been closed to the public in recent years. The park also features a slab of decorative concrete from a building that once stood tall at the corner of Bay and Richmond, all that remains of Toronto's first skyscraper. The Temple Building was downright towering at ten stories in 1895, making it the tallest building in the British Empire.

Another piece to look for is the Greek Theatre. If you haven't visited the park and don't want to pay the fare to get there, you can spot it in the (awful) 2000 Joshua Jackson/Paul Walker psychological thriller The Skulls, or perhaps more notably in Drake's video for "Headlines". The faรงade was taken from the Bank of Toronto at the corner of King and Bay.

During wartime the park and its inn became the property of the state and the facility was converted into a base for the women's royal naval service. The Guild Inn on the site, built in 1914, was used as a military hospital for victims of PTSD. After the war the Clarks were returned their property and began amassing their massive art collections. 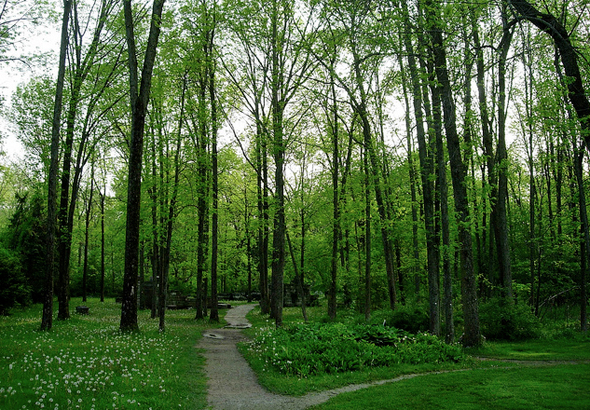 In addition to its pieces of Toronto history, the park has two winding nature trails to choose from. The Doris McCarthy trail spreads along the lakeshore connecting Gates Gully, Sylvan Park and South Marine Drive Park and makes for a decent afternoon hike. If you're not up to the task and if a cliff's edge makes you a little skittish, there's also a shorter trail near the Guild Inn that provides a look at the natural plant life in the relatively untouched forested area.

Today the park has an eerie abandoned feel. The many structures and columns that stand around the park can give you the impression that the park is an ancient ruin of pre-war Toronto. Far from the manicured soccer fields of downtown's most popular parks, Guildwood's historical and artistic finds, long hiking trails, and great Great Lake views make a unique, worthwhile day trip.