When it comes to beaches, no other sandy stretch of Toronto is richer in recreational history than Sunnyside.

From Duke Ellington playing the Palais Royale, to tight-rope walkers at the iconic and now-defunct Sunnyside Amusement Park, to what was once the largest swimming pool in the world (known as the “tank”) there’s no shortage of quirky things to note about this western beach.

Today, this three-kilometre strip along Lake Ontario’s Humber Bay is much less fabulous than its heyday between 1922—when it first opened—and the mid-1950s, which marked the arrival of the Gardiner Expressway and the beginning of the end for Sunnyside’s glamour days.

But the beach has seen a renaissance over the last few years, thanks to the burgeoning cluster of condos beyond the Humber Bay Arch. 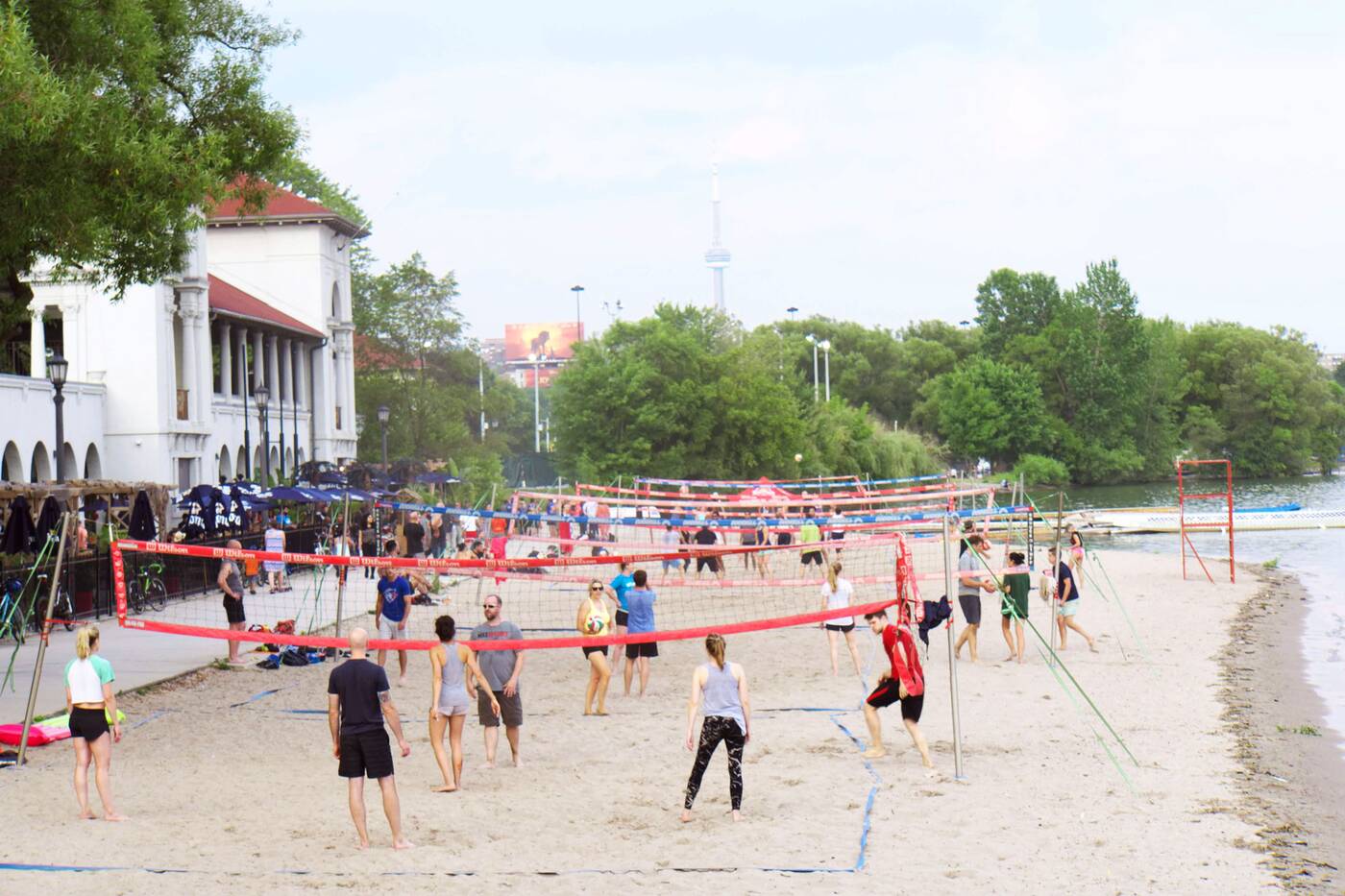 Just a short bike ride away via the Martin Goodman trail, the young and employed arrive in droves.

It’s an undeniable meat market—which makes sense, since this is where the city’s first Miss Toronto pageant took place in 1926—where the toned and tanned of all ages come for sunbathing, volleyball, dragonboating, or just to ogle at each other from their seats at the Sunnyside Pavilion Cafe. 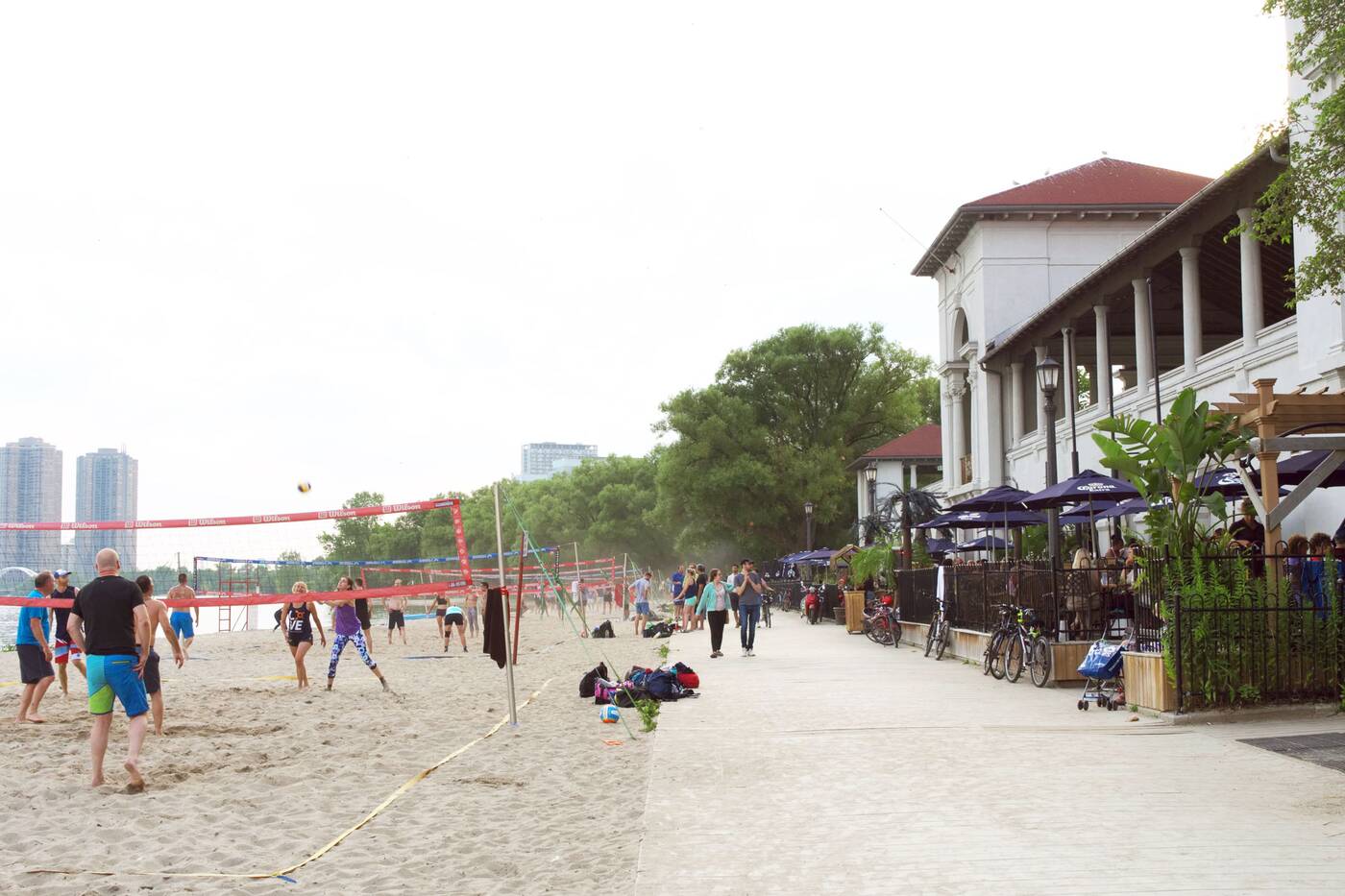 Renovated in the 1980s, a seat here is the hot ticket, where visitors can sip on overpriced cappuccinos and check out each other’s calves as they walk on the boardwalk, built from recycled plastic planks in the 1990s.

Head there in the evening and you’ll find some robust nightlife, with people sitting in the tea garden of the pavilion’s west wing. During summertime, the pavilion is home to summertime dance parties, which have taken over the space’s courtyard for more than two decades. 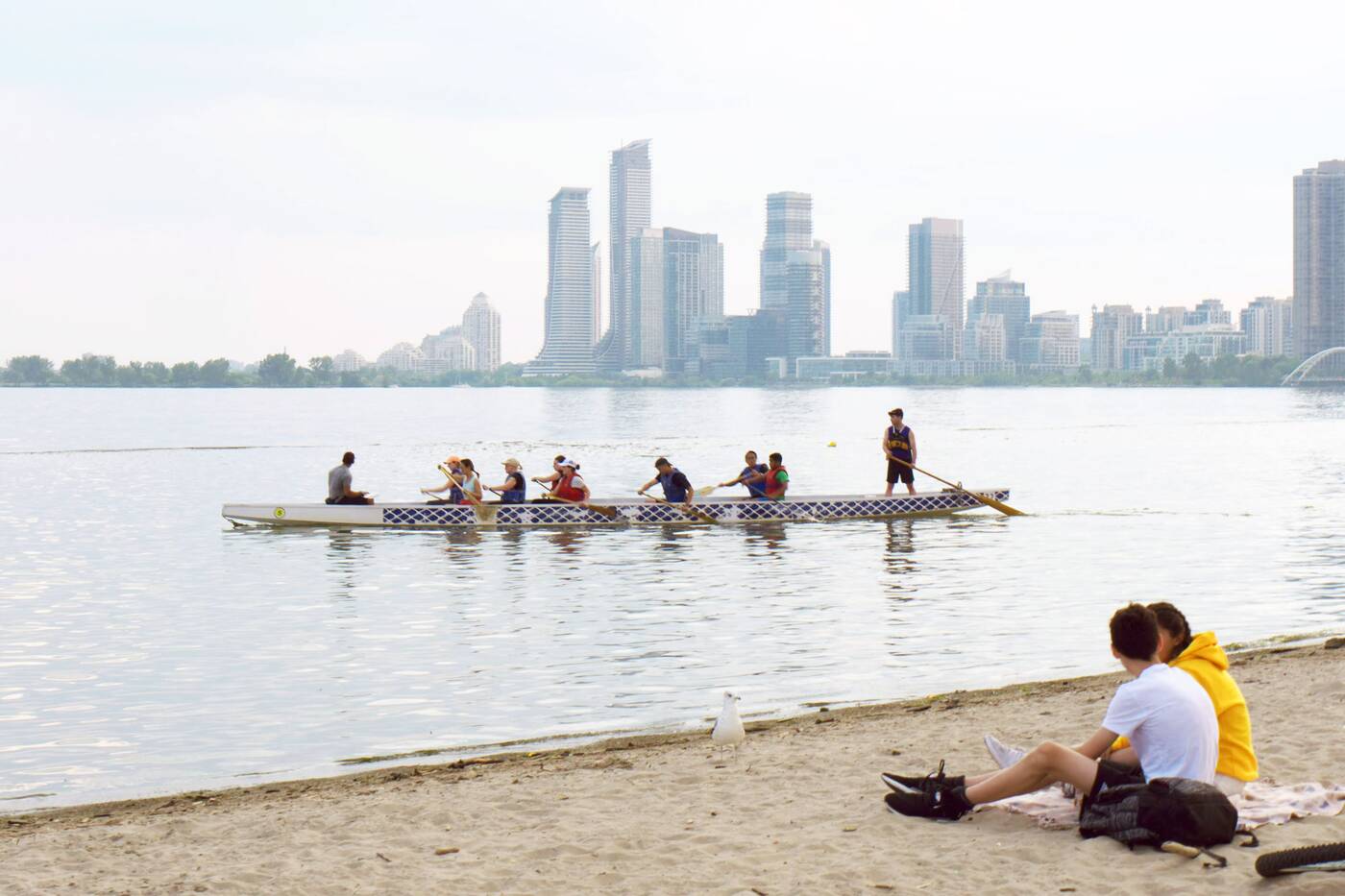 It’s not a far cry from the beach’s nightclub roots, which saw next door’s Dean Boat House converted into the glamourous Palais Royale (re-opened in 2006 as a pricey event venue), where jazzy greats like Ellington, Count Basie, and Glen Miller played, alongside Canada’s resident King of Swing, Bert Niosi.

The Pavilion was converted into something called the Top Hat night club, and then there was the Moroccan-inspired Palace Pier: an ambitious dance hall which, unfortunately, was burned to the ground before its time in 1963 by an arsonist who was never found. 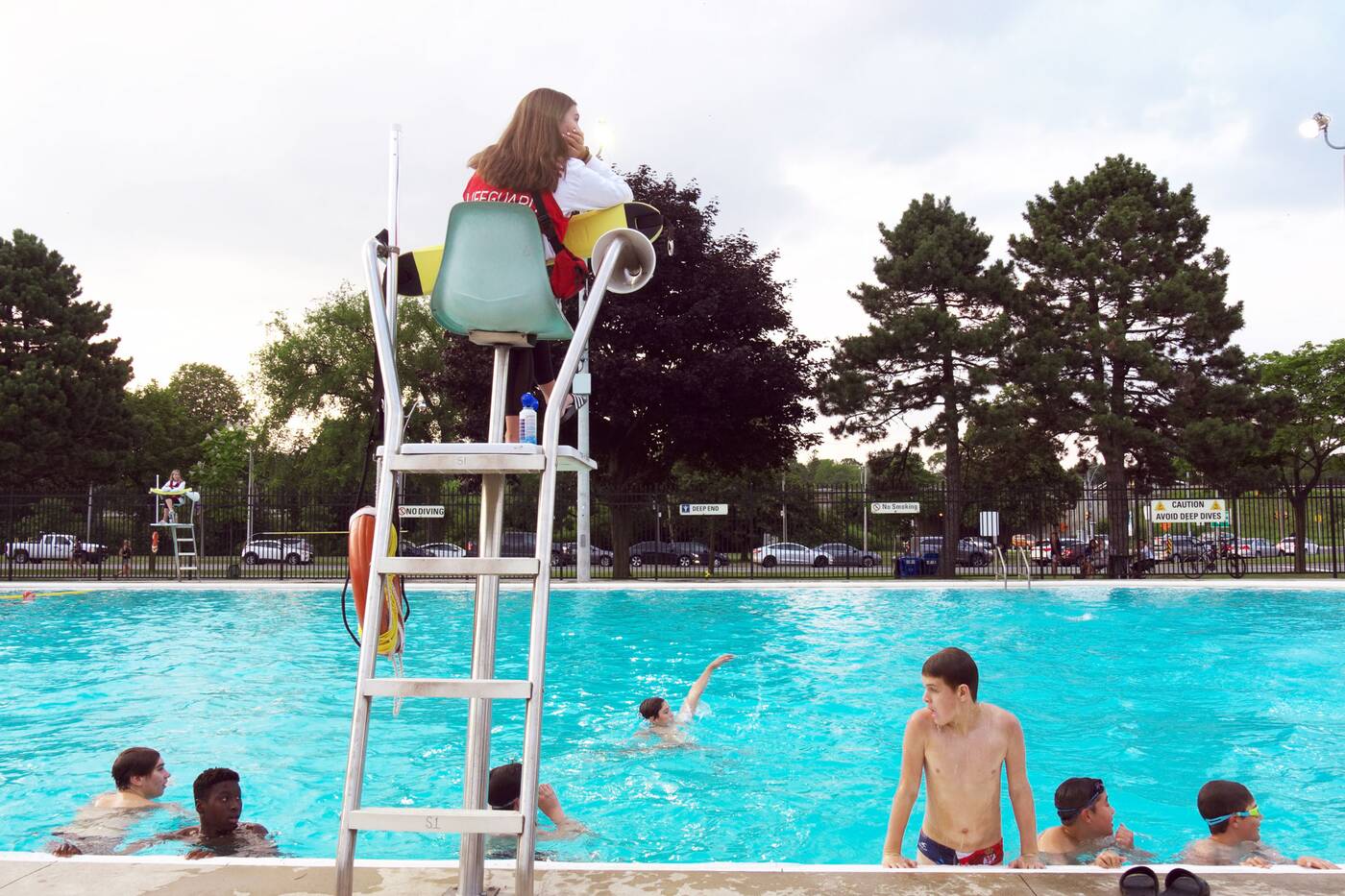 At that point, the beach was already well into its twilight years; the city embraced the post-WWII development boom, and Sunnyside languished. By 1955, Metro Council had begun to build the Gardiner Expressway, effectively choking off the beach from the rest of the city.

Today, you still need to cross the highway to get to the beach, with the easiest access points at the foot of Roncesvalles, Parkside, or Colborne Lodge. 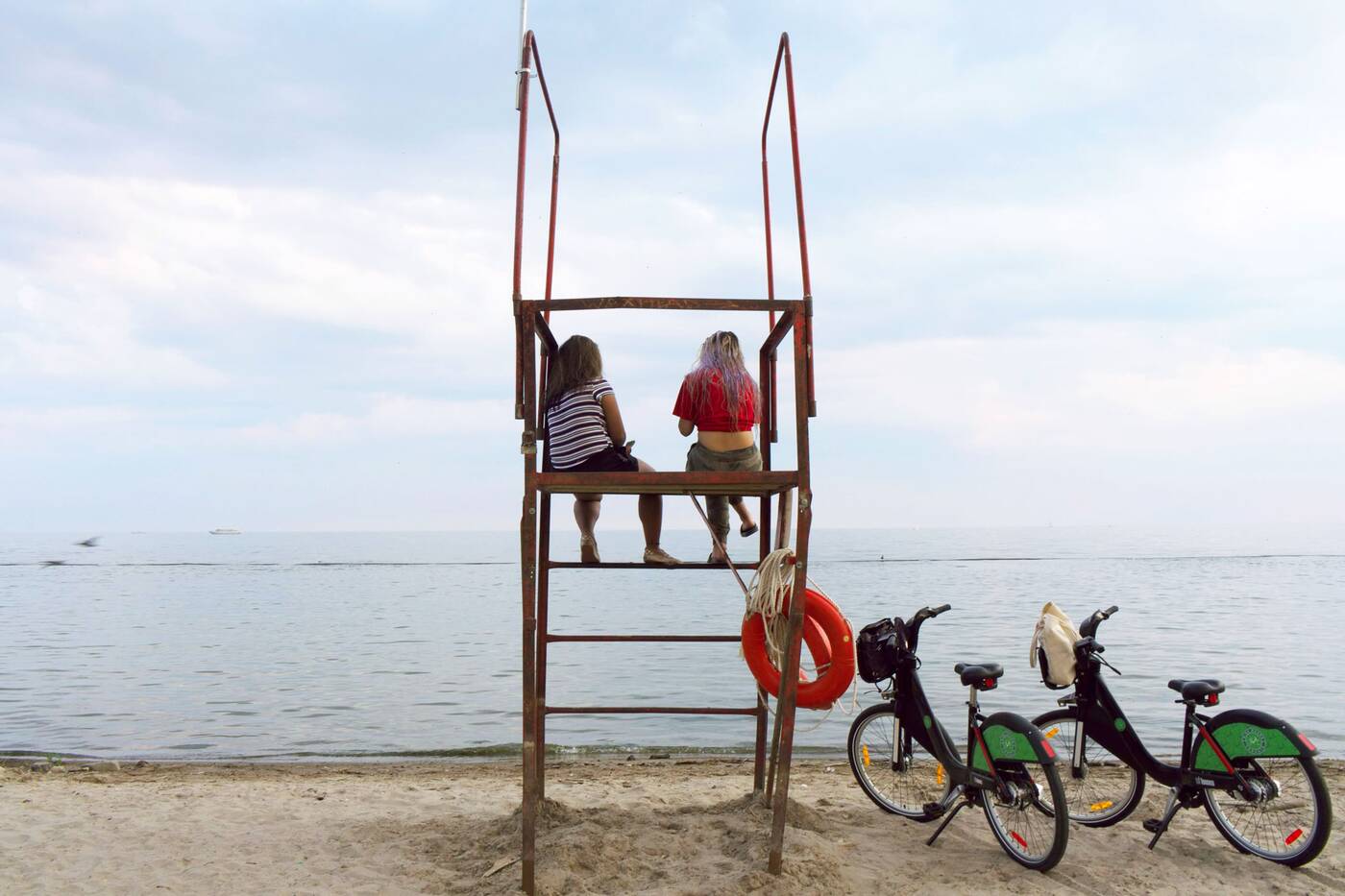 If you think Toronto's beaches are dirty, chances are the notorious sewage pollution and algae blooms at Sunnyside contributed to that perception. For decades, the city's under-equipped system would flush itself into Lake Ontario every time it rained and sewage would wash ashore. 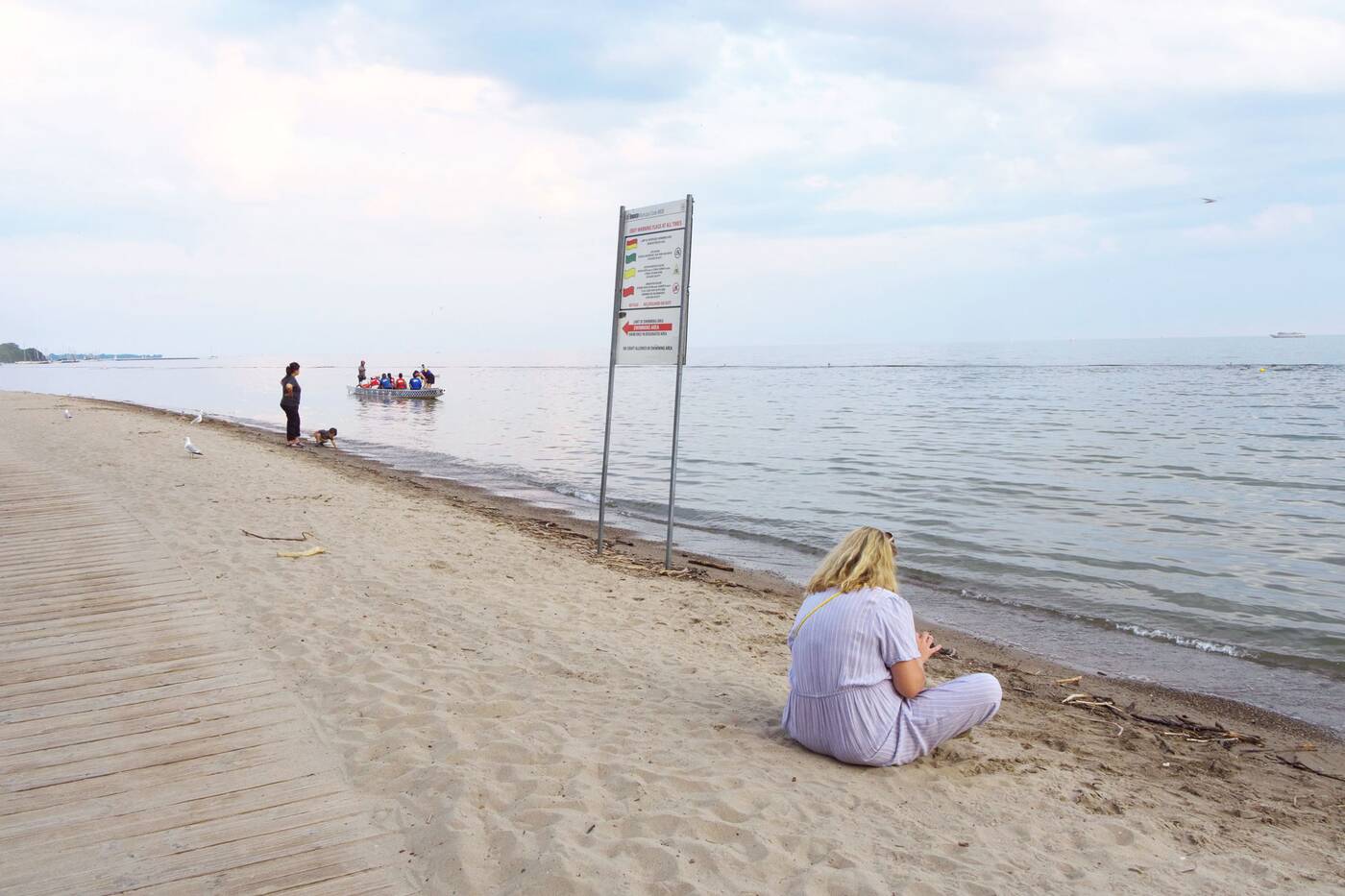 You can swim at Sunnyside when the green flags are up. If you’re concerned, check water quality results and look for seven consecutive days of clean water, though there are plenty better beaches to go swimming at. 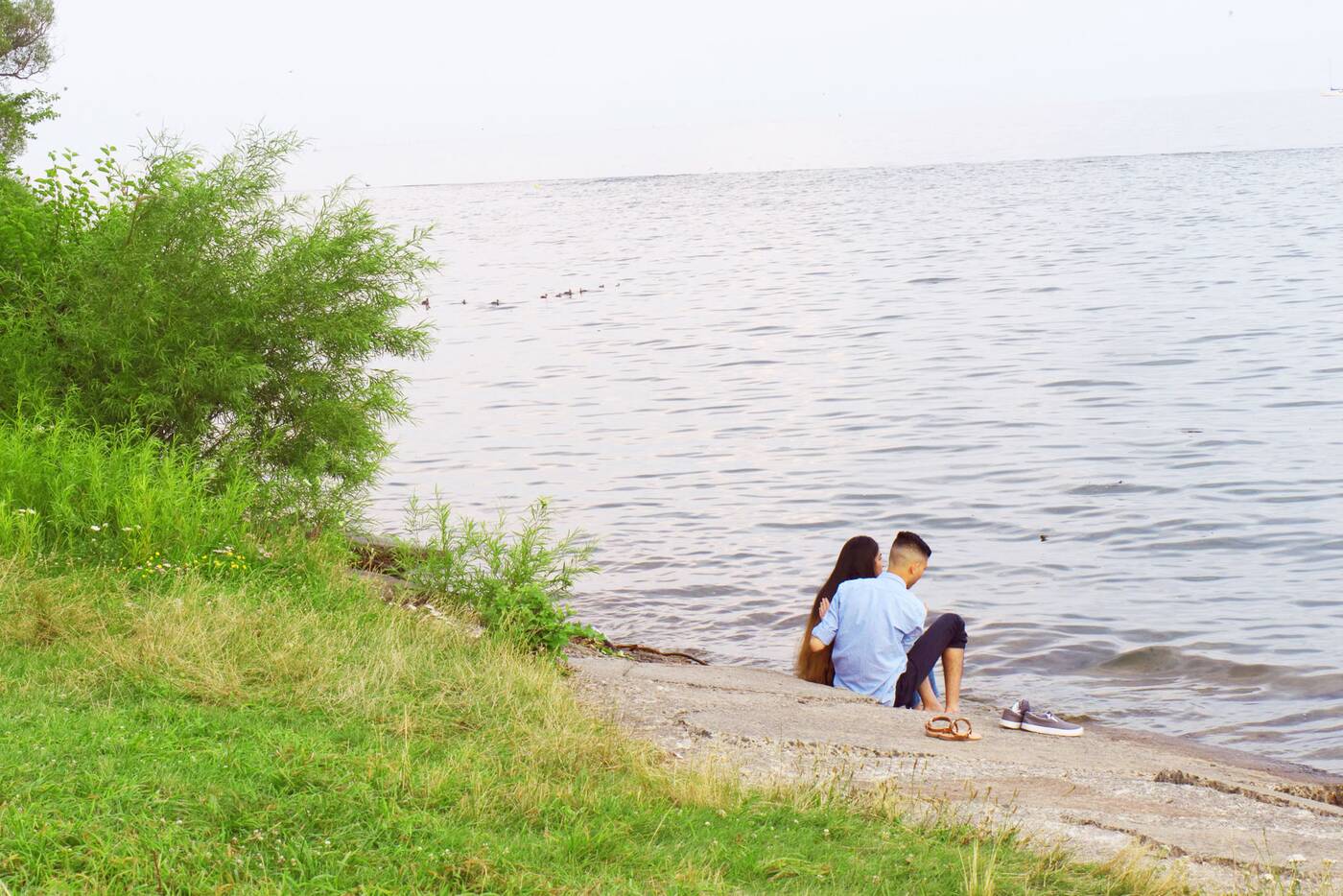 Comparatively, there are far fewer things to do at Sunnyside these days than in the 1950s.

Gone is the Flyer rollercoaster, the boat burnings at Lake Ontario, the Sunnyside Stadium, or the merry-go-rounds—and yet, checking out the architecture of crescent pavilion or catching the sunset on the boardwalk alone is worth the trip alone. 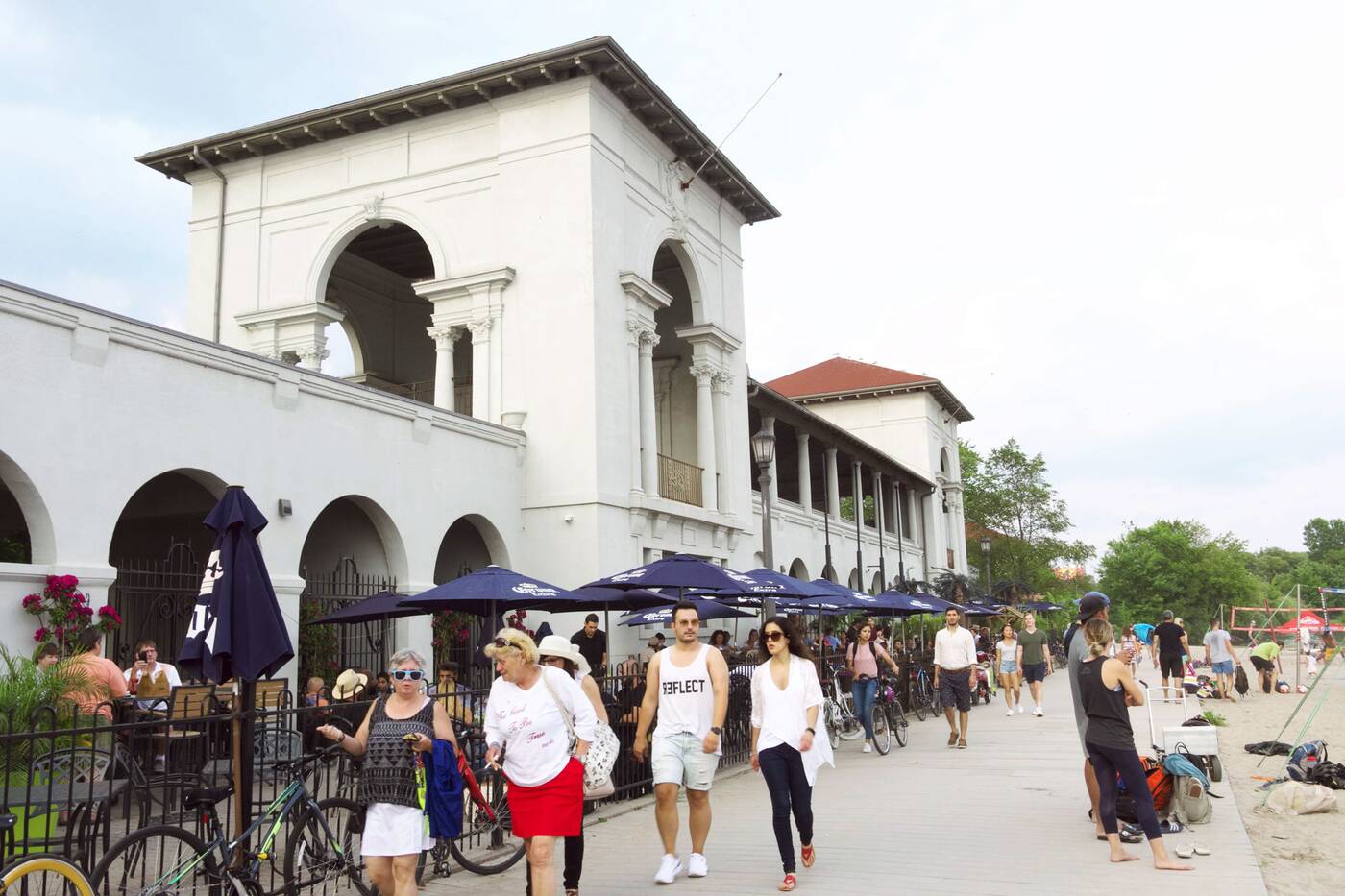