Scoot Ink is a high-quality custom tattoo shop. It brings a tattoo studio back to the space that for a brief moment was Unlovable Gallery.

Owner and head tattooer Scoot Mason started out tattooing out of his condo and FY Ink, but as he began privately tattooing more and more celebrity clients, Johnny Depp, Travis Scott, a few Raptors and Trey Songz now numbering among them, his reputation grew. 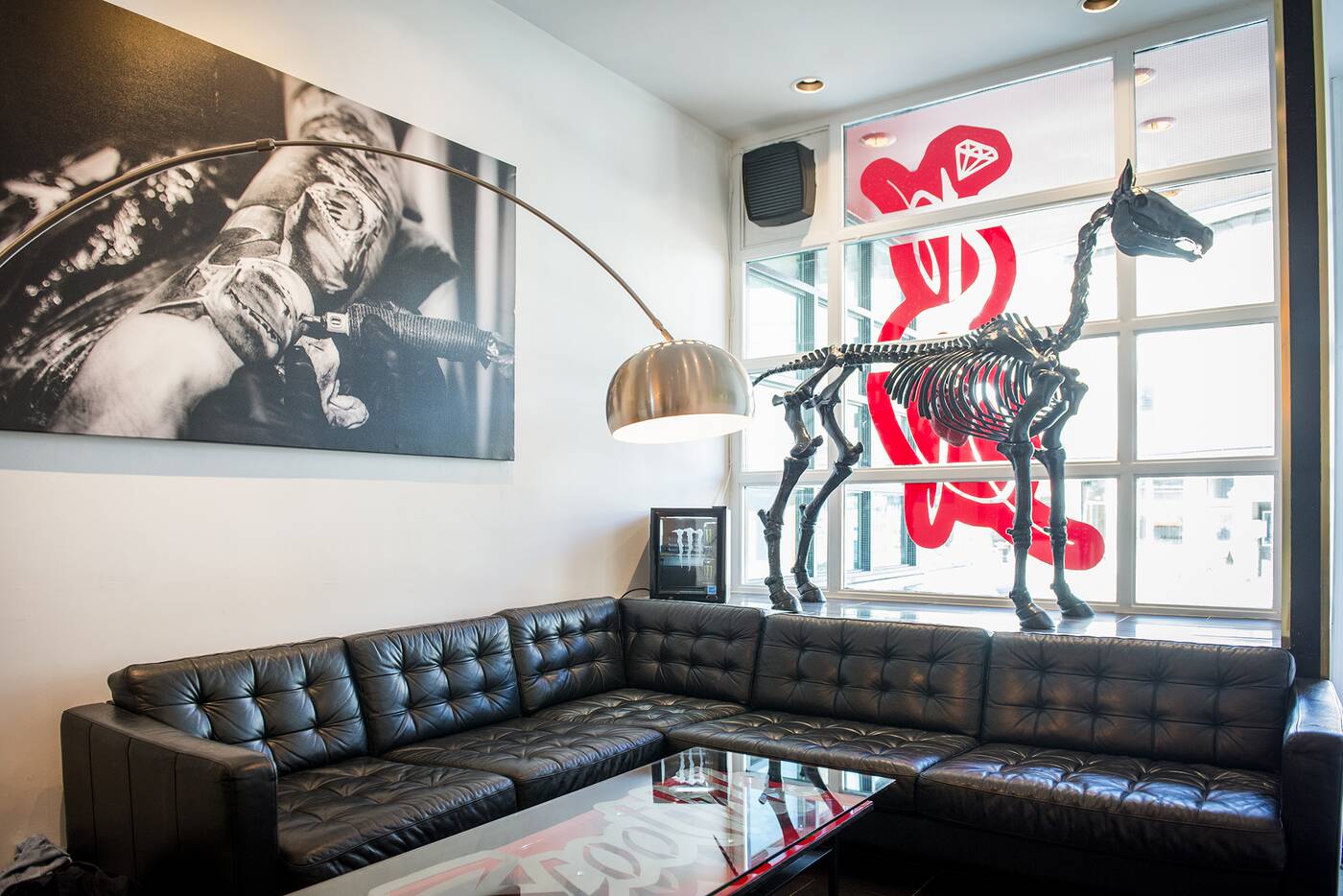 The shop is stylish, funky, and masculine with a serious creative edge. At the front there’s a lounge area overlooked by a creepy but cool skeleton statue Scoot assembled himself, the facing wall covered in his graffiti artwork. 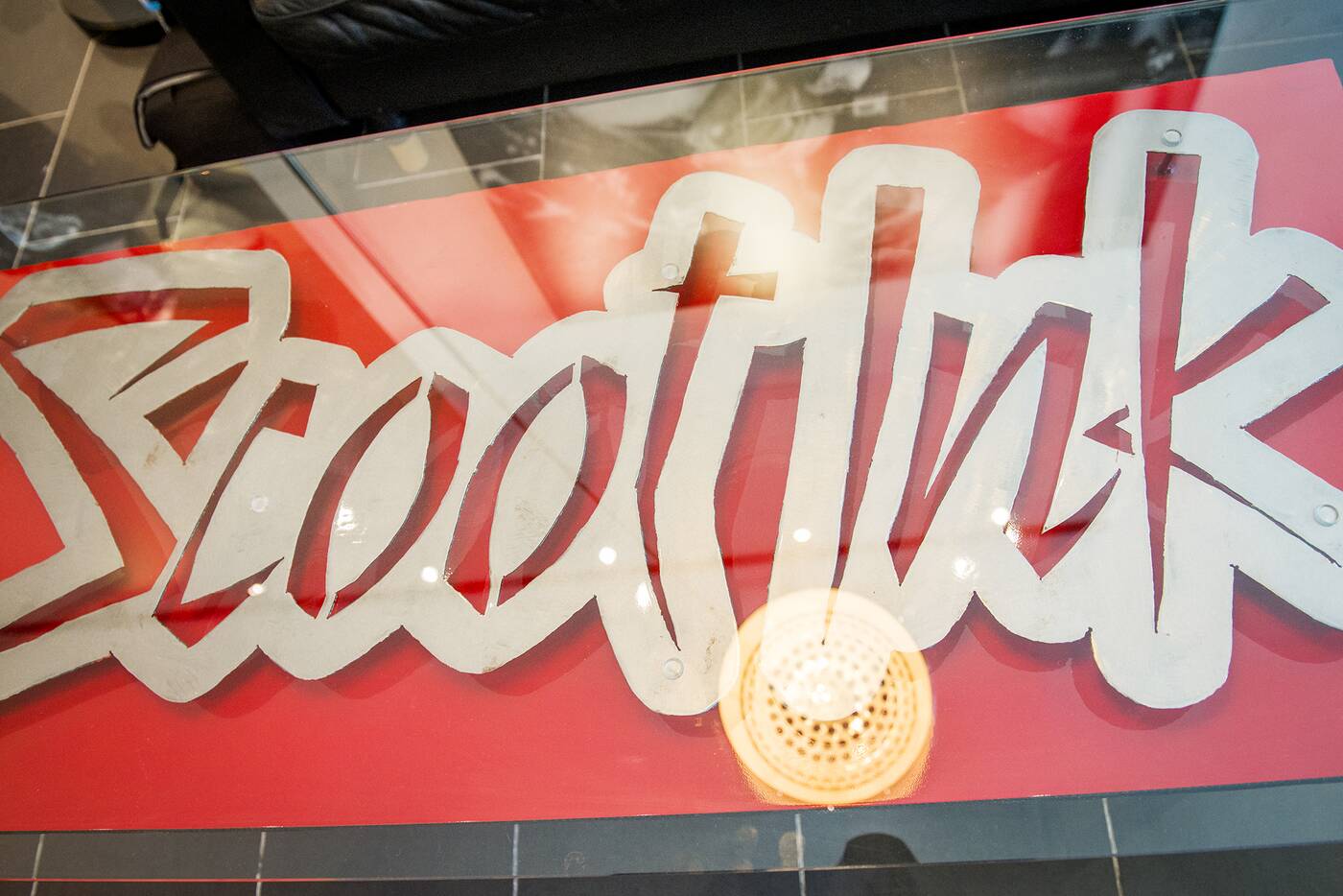 The metalwork in the glass table couches are gathered around was actually supposed to be the original sign, before they got the much better lighted one hanging outside. 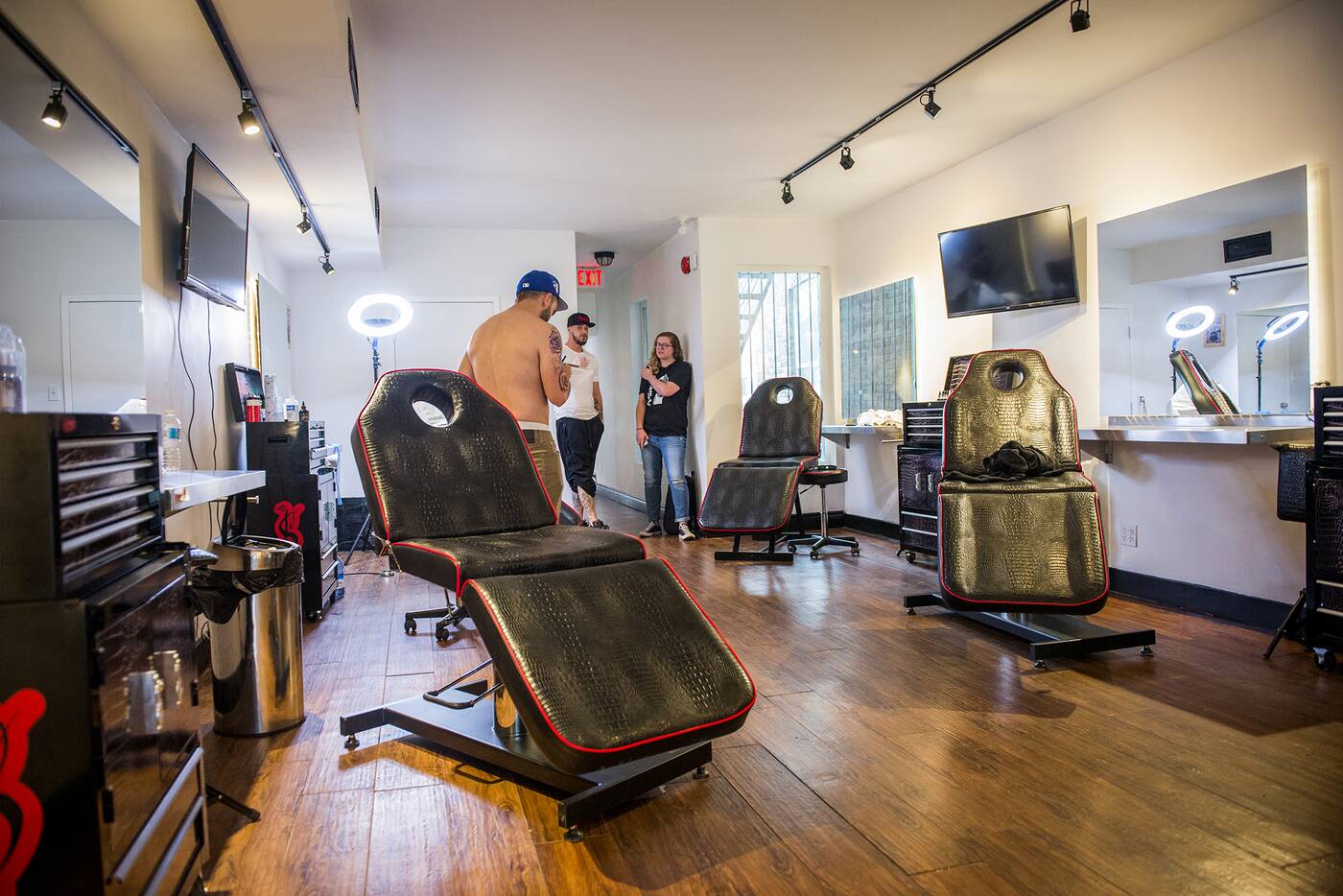 Up a flight of stairs, four tattoo stations fill out a spacious, mostly windowless room save a small one at the back that actually lets in a nice little chunk of natural light. 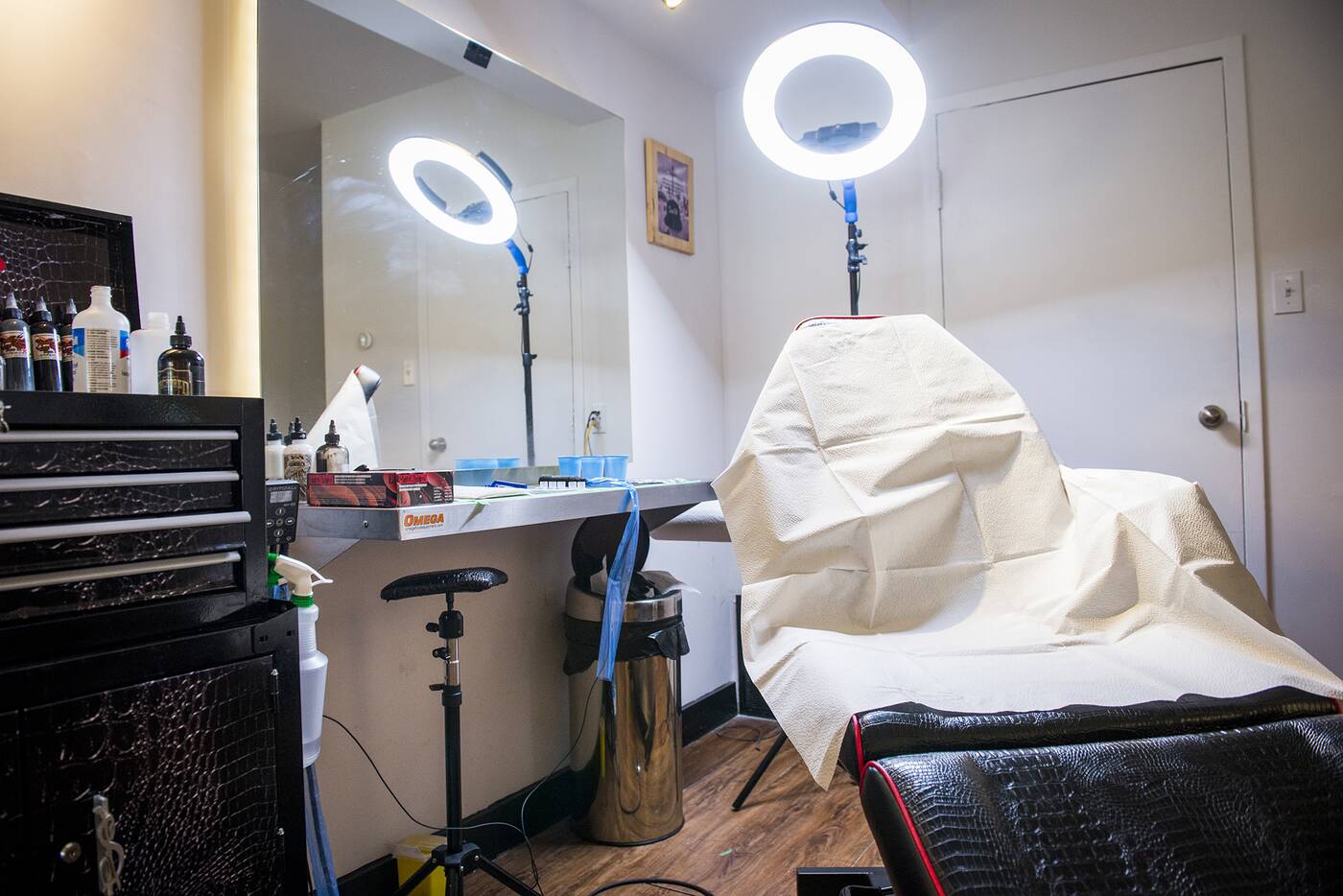 Openness and placement of a few TVs have been taken into consideration for clients’ comfort. 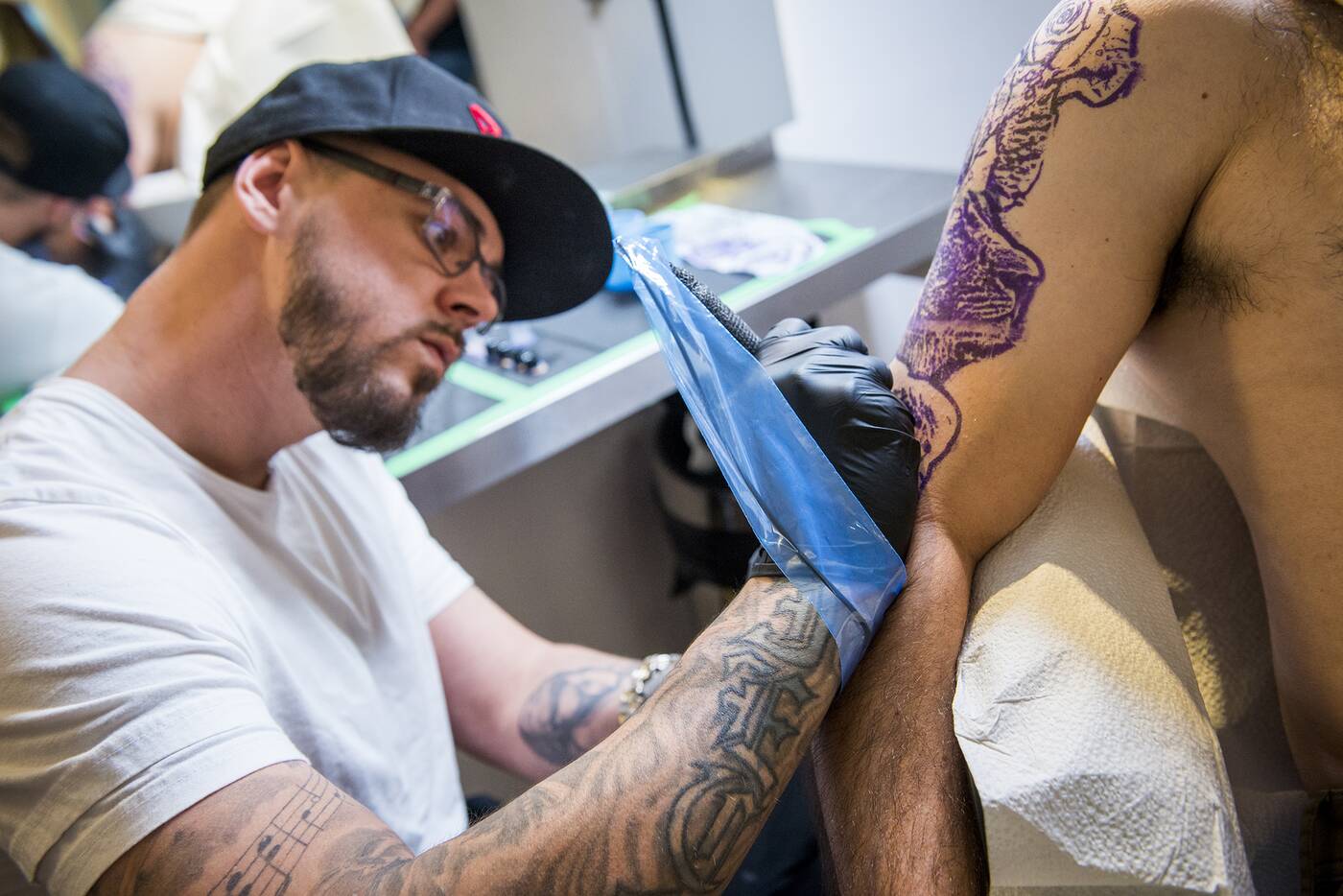 At the birth of this shop it’s just Scoot tattooing, but these other chairs should be filled out by the best of the best, artists from abroad with expertise in specialized elements like script. 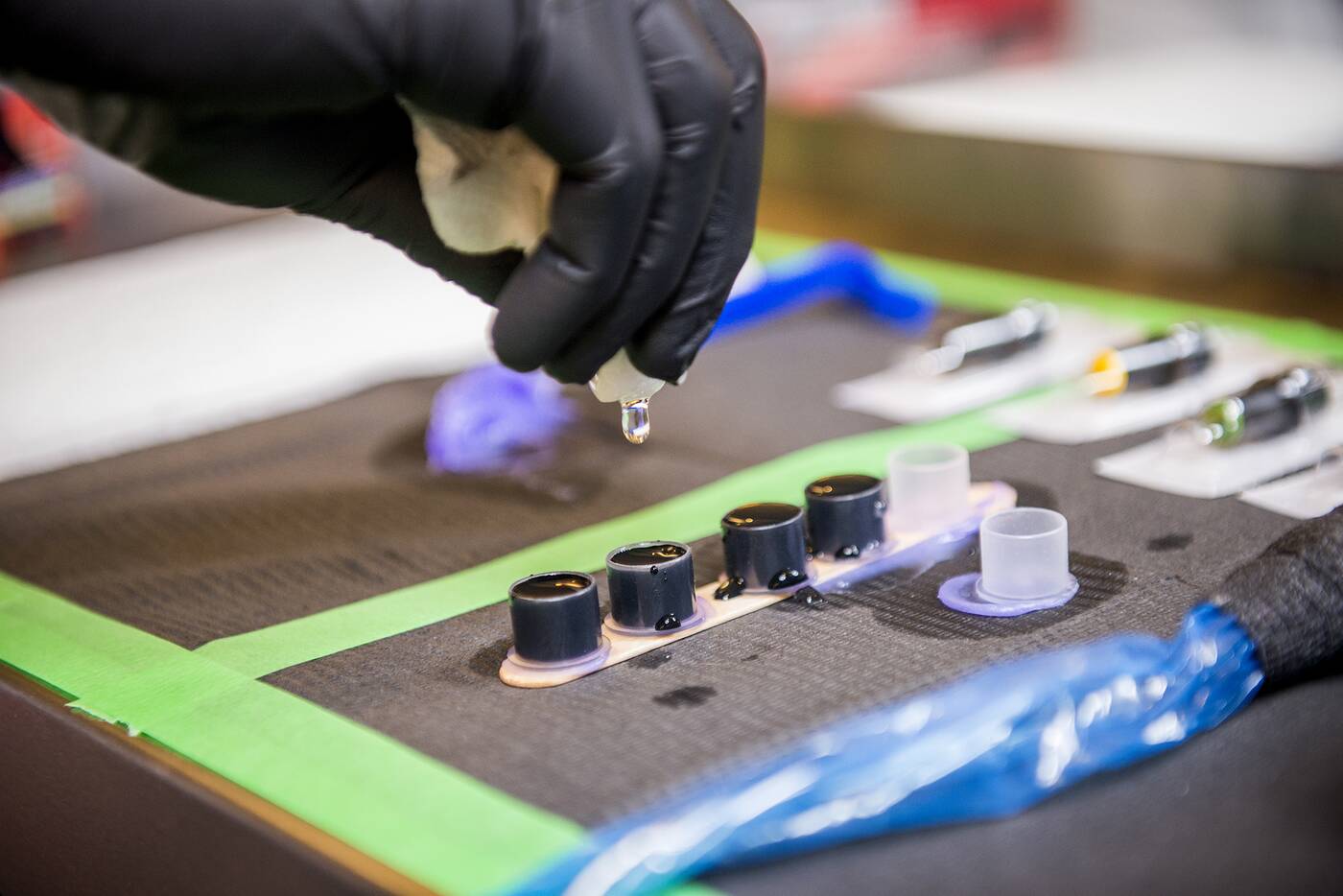 Scoot mostly specializes in black and grey, lots of portraits and realism. 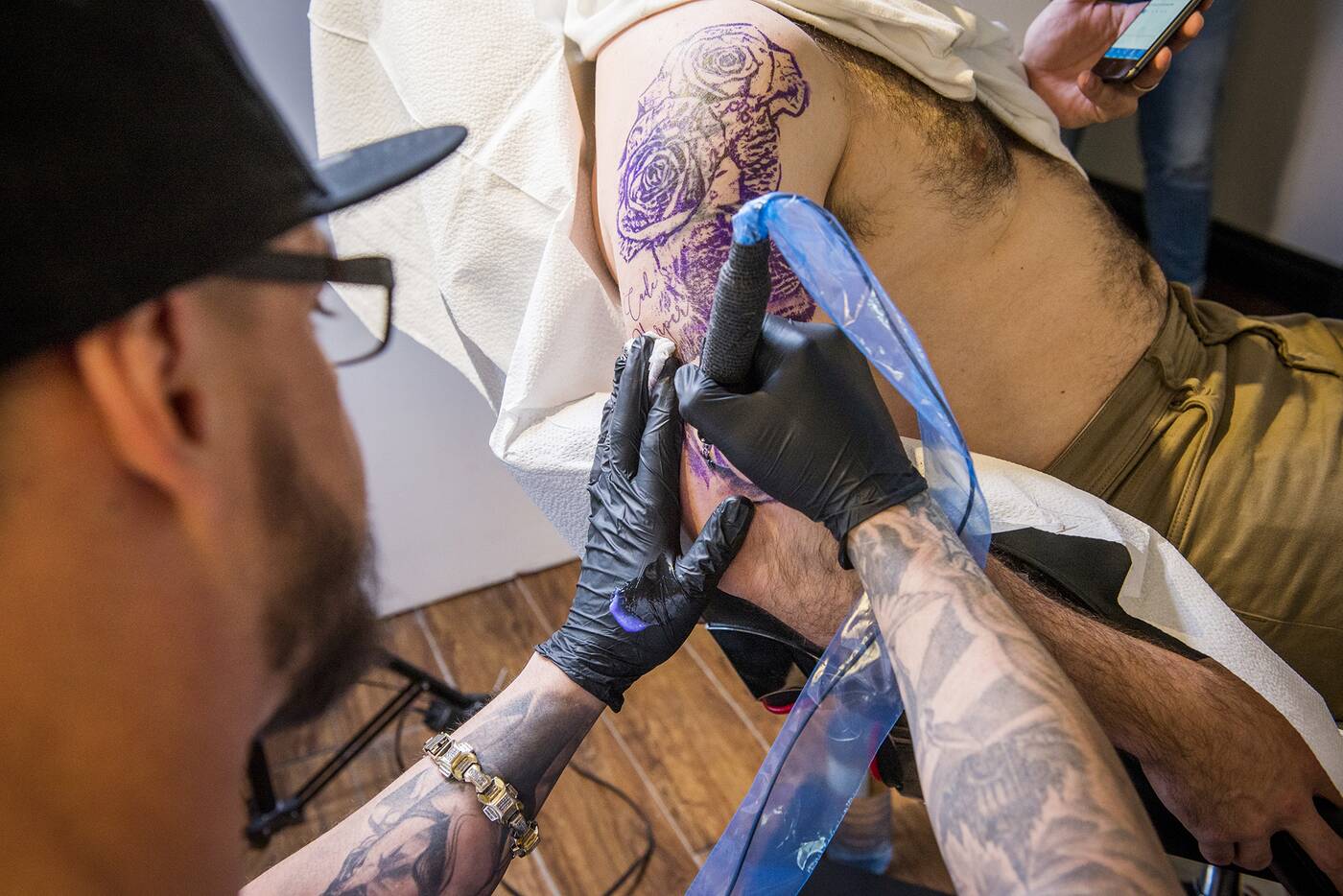 He’s been at it for over six years, and working twelve hours a day, seven days a week, he manages to bang out about two pieces a day. 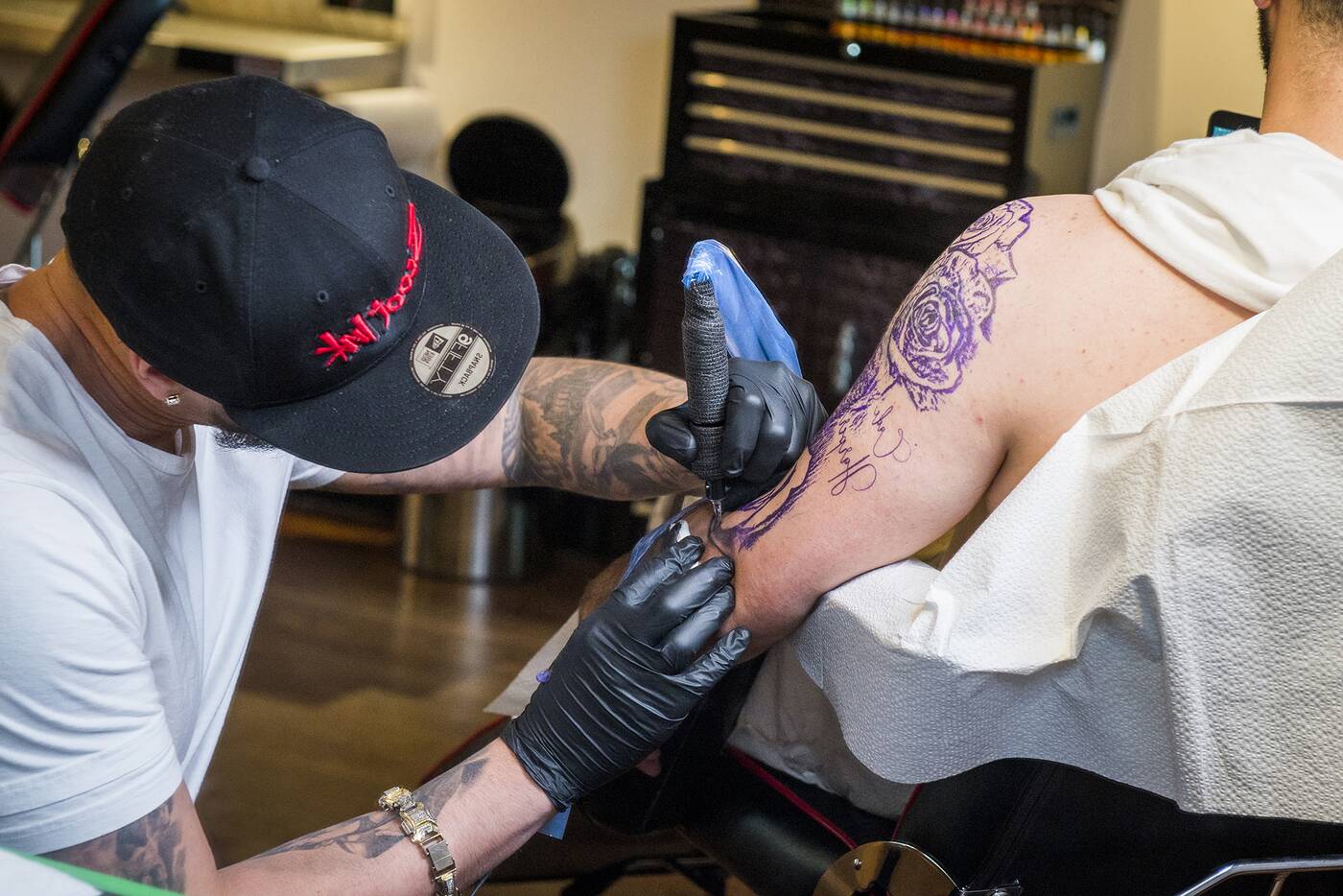 When I stop by during their first few days of being open, all tattoos are still by appointment only, all custom work. 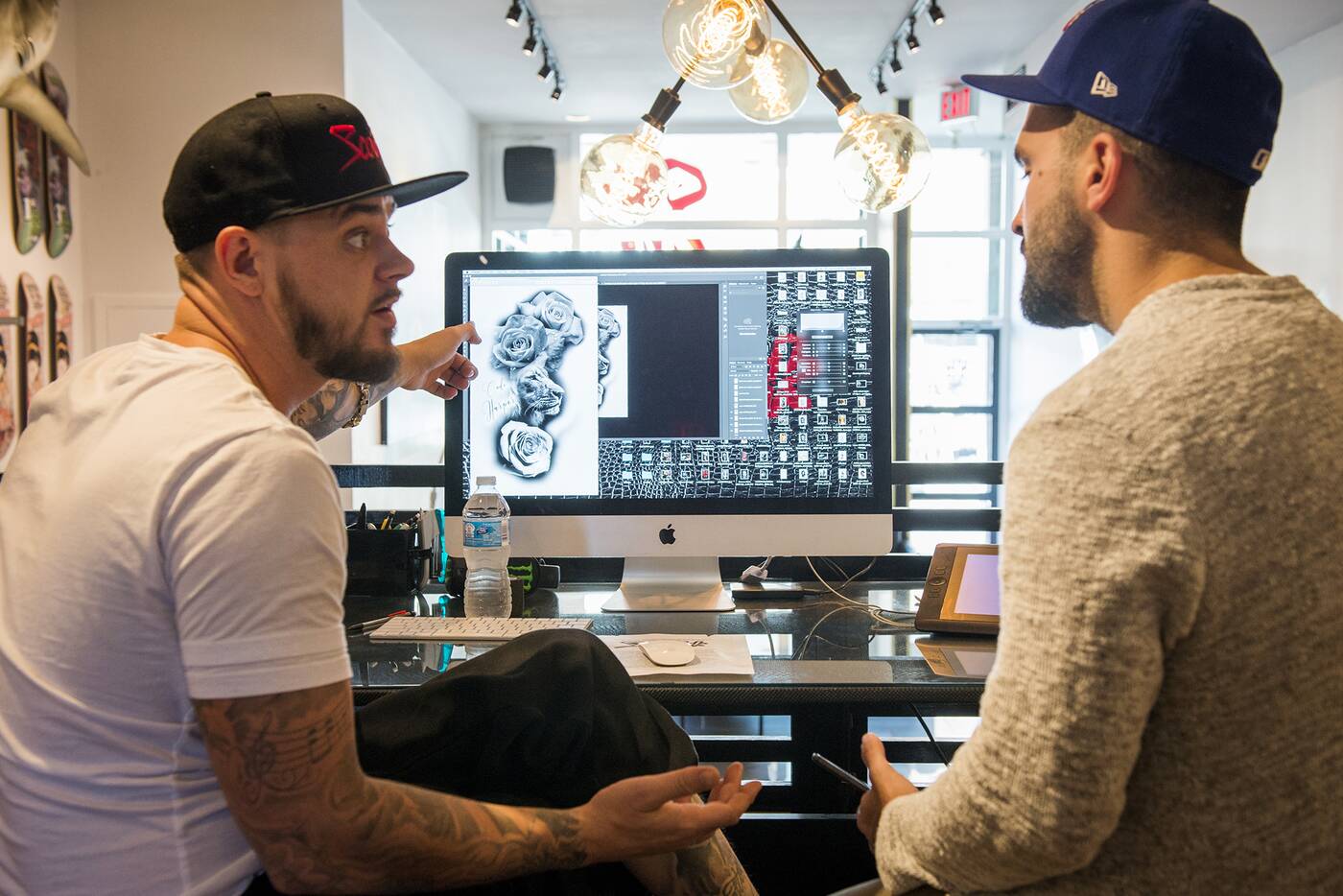 Technology is embraced for design, a computer program used so elements can be added, removed or changed with the touch of button so Scoot can focus the bulk of his energy on tattooing rather than drawing things out. 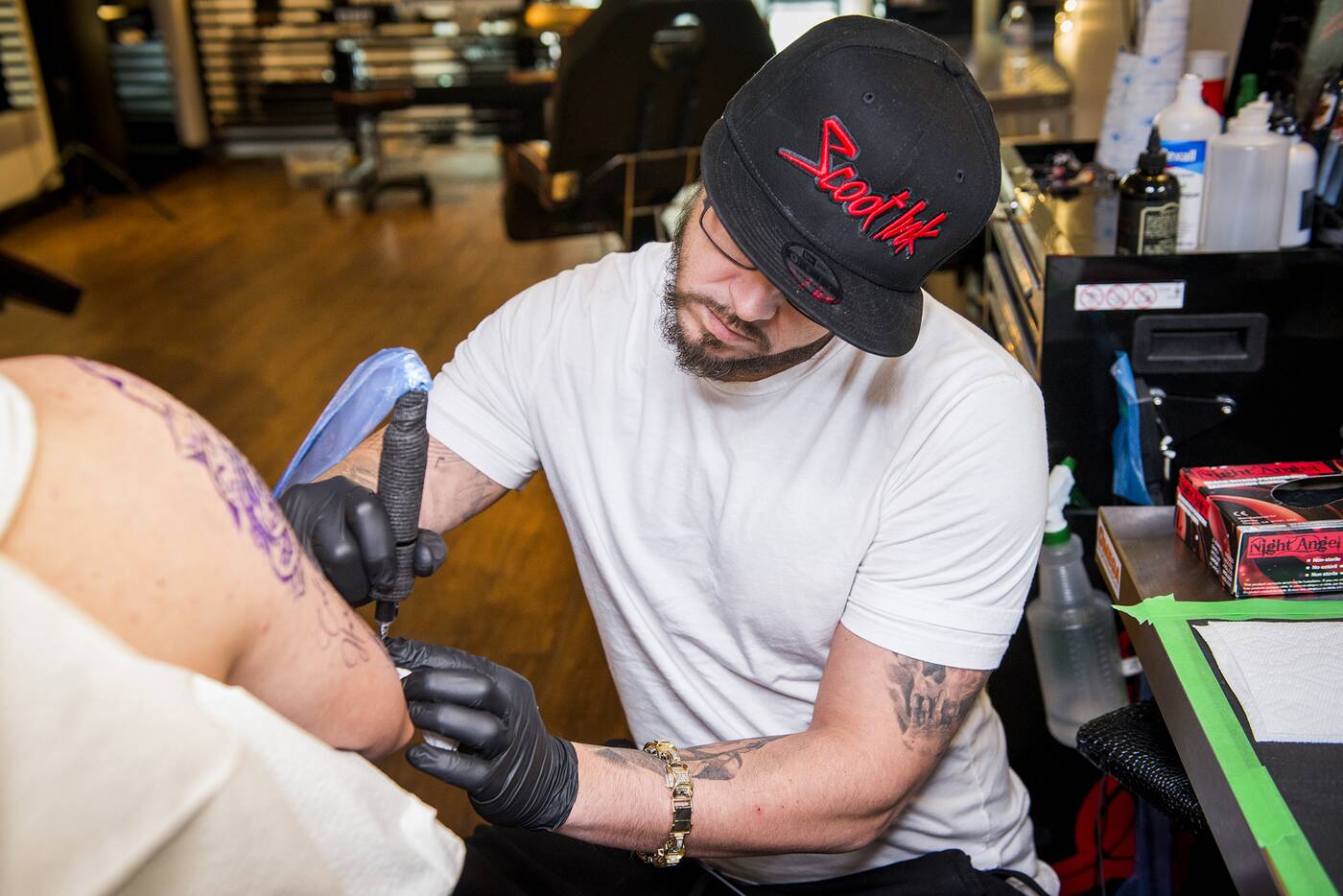 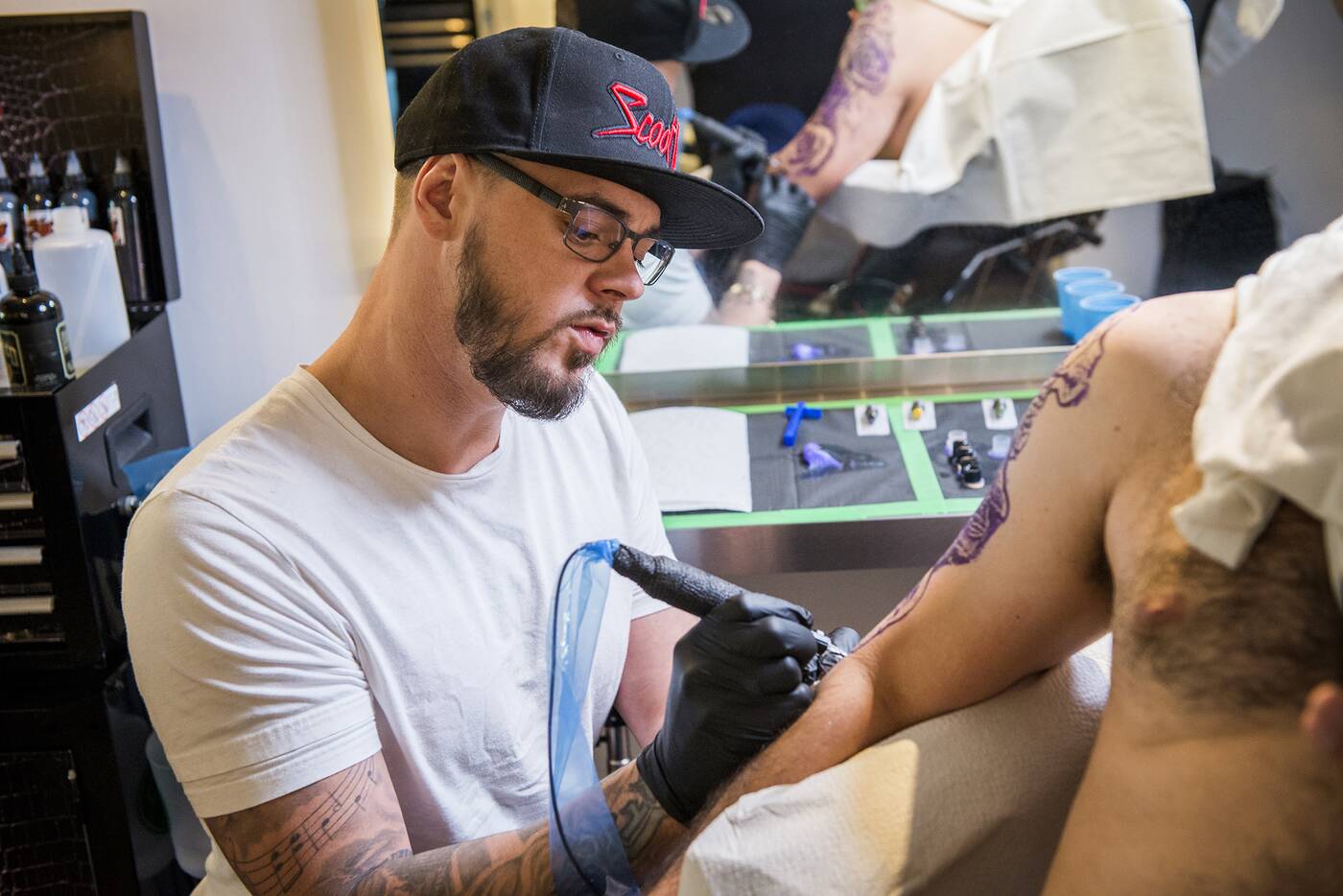 He typically starts from the bottom of his tattoos and (like Drake...sorry) works his way up, working back and forth like a printer. 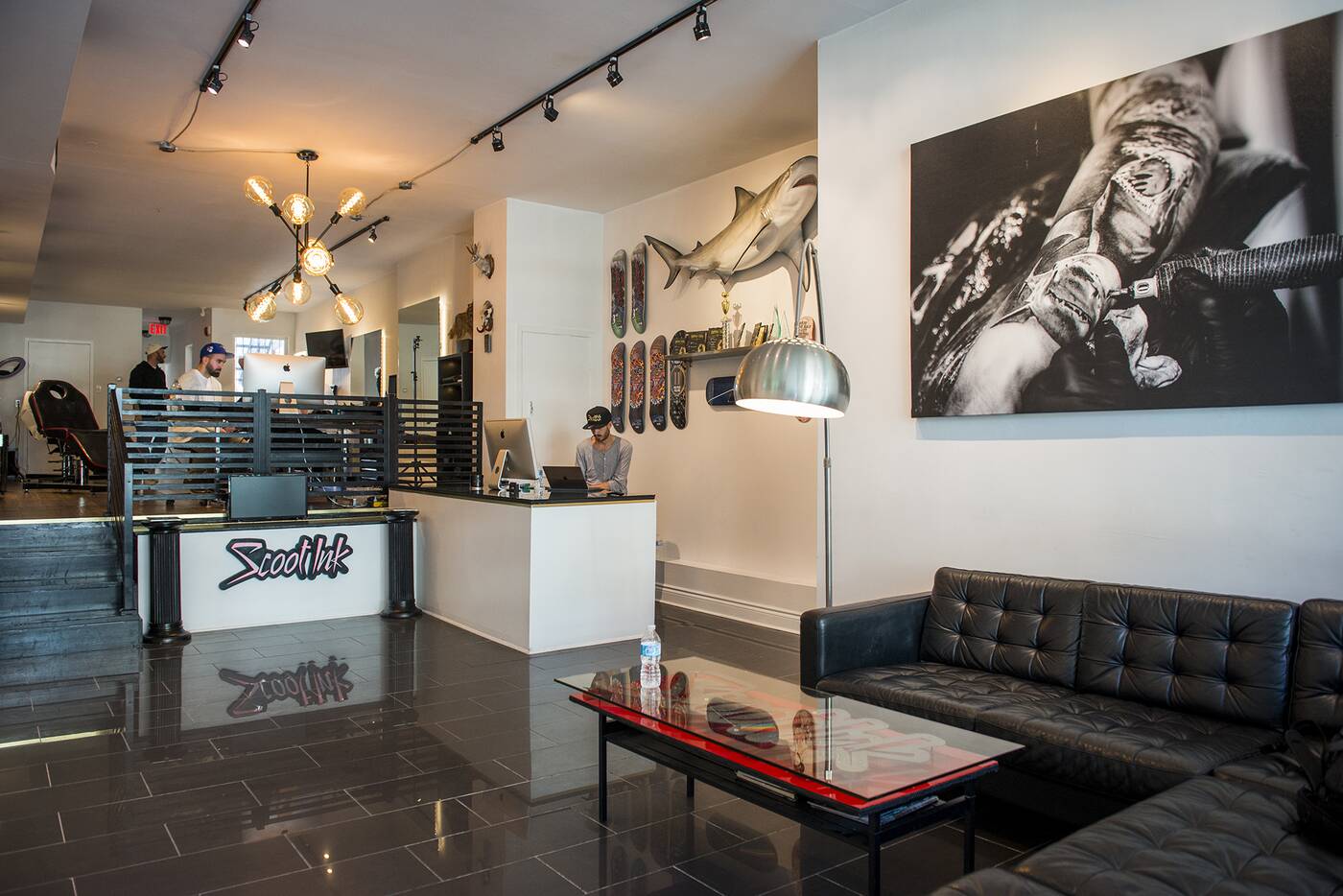 This means he can typically do what might take several sessions of outlining and then colouring and shading in just one, and there’s less risk of losing his stencil. 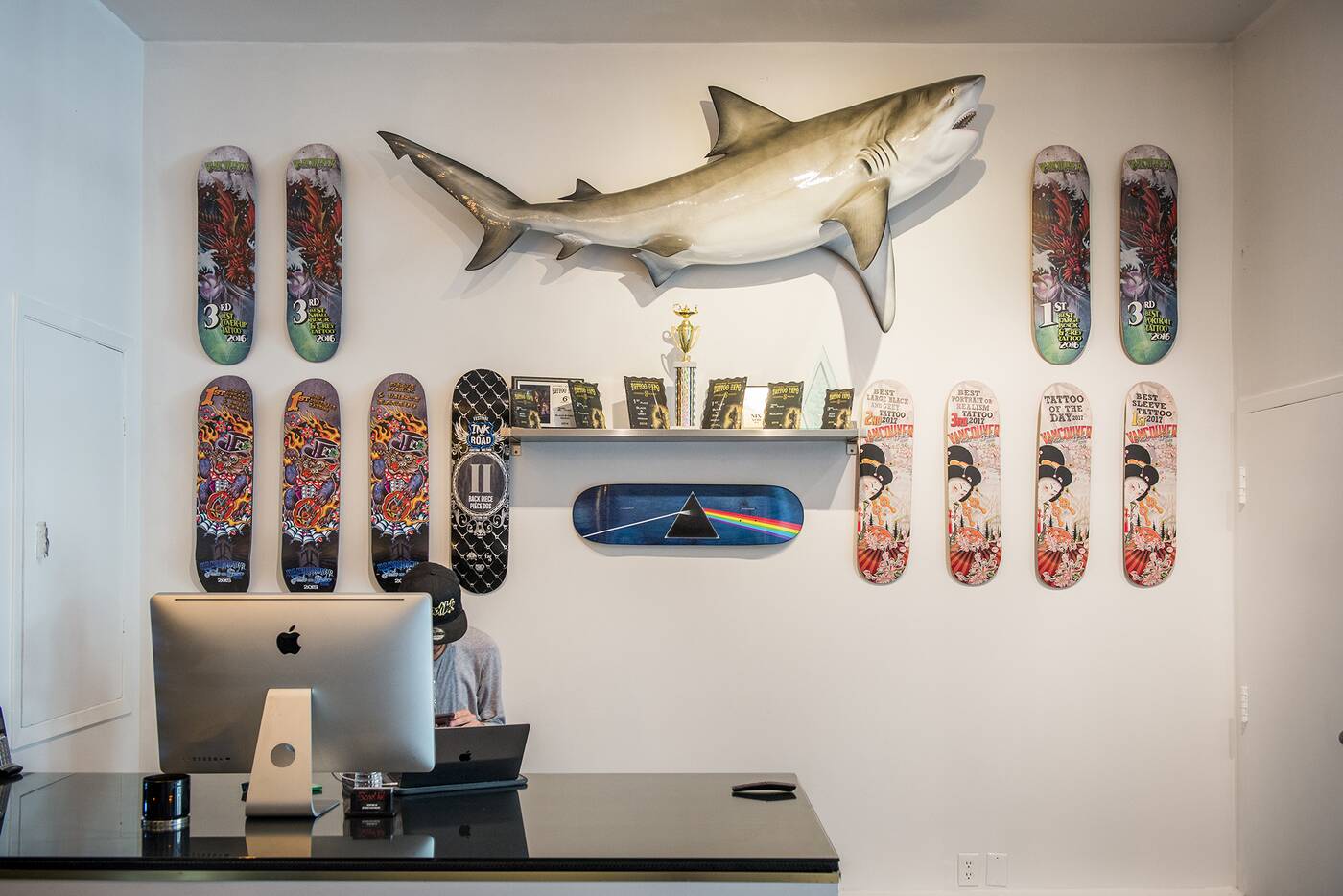 He lets me watch him tattoo a lion surrounded by roses on a client for a bit, a piece he tells me will take about five hours to complete. 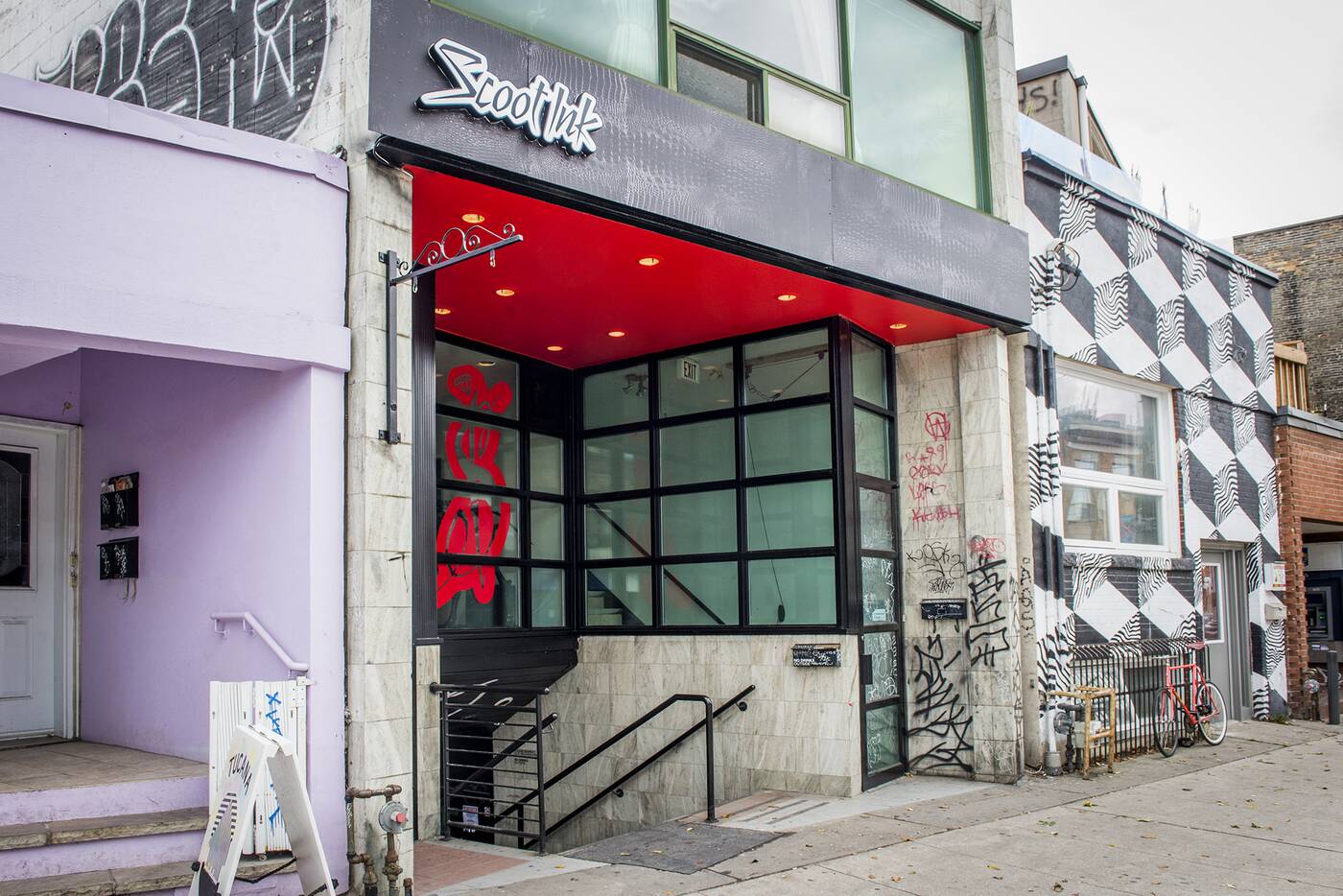