Play De Record, if nothing else, has proven itself. Situated right beside Zanzibar Tavern on Yonge St., this long yet slim shop has endured the test of time and watched ample local record stores fall, including Sam the Record Man , which once stood tall just down the street.

Opened in 1990 by Eugene Tam, Play De Record used to be in the back of a convenience store in its current location. The front offered your typical variety store fare, but when you ambled into the back, it was a DJ's secret stash with a solid assortment of hard-to-find records. As the hip-hop and dance scene started to take off in the late '90s so did Play De Record, which slowly took over the full convenience store. 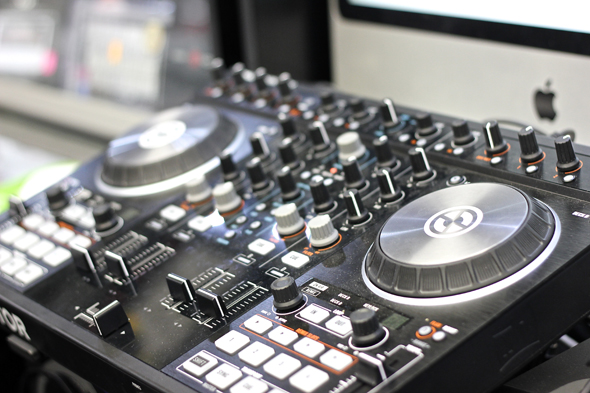 And from there, Play De Record has dipped heavily into turntable hardware, concert tickets, apparel and now a DJ school ( Play De Academy ) in the back. Part of proving themselves also includes doing it all. 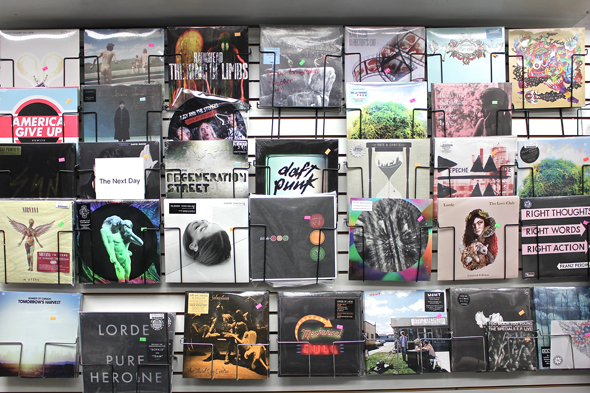 The secret to Play De Record's long-standing reign as a destination spot for seasoned DJs looking for new material or record collectors looking for that one-off, elusive record they could never quite find boils down to community. A community that involves Drake buying his first turntables at Play De Record and Deadmau5 often dropping by to add to his sample collection. 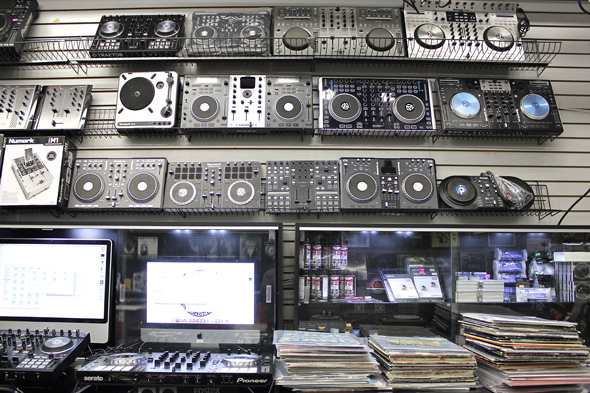 "We want to be able to provide a place that isn't about the hottest tracks, not about the flashiest gear, it's about meeting people who are like-minded and into the music," explains store manager Ellis Iyomahan. "We are here to give people a sense of belonging, something that has always been here." 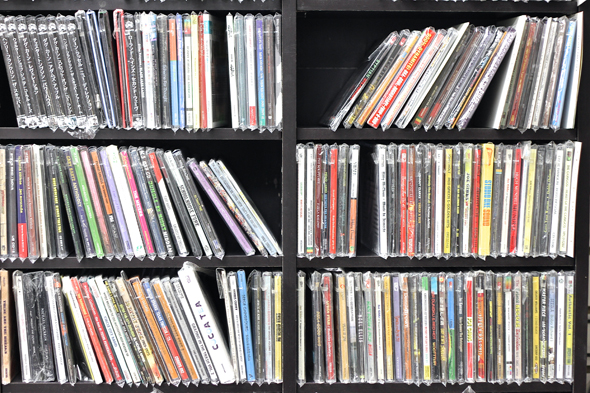 Walking through Play De Record today is a bit like going down a rabbit hole. In the front you have your typical just-released hit records (like Lorde, Arcade Fire and Daft Punk). To the right are your classic knock-off band t-shirts that pretty much are in every store along the Yonge strip. As you continue, they still have a decent CD collection that leads into the hardware section both upstairs and downstairs. You'll find new and refurbished turntables, including cleaned-up Technics SL-1200s, which are no longer in production. Most of the turntables are in the $100-$750 range. And then you hit the records which line the walls with the best of the best of vintage hip-hop, EDM, jazz, drum and bass, soul, reggae and funk. 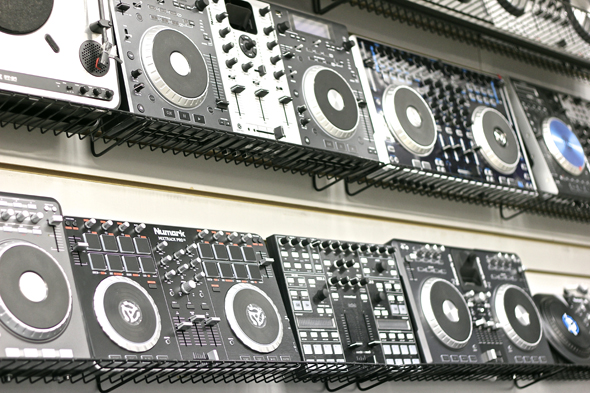 In the very back is the Academy. The Play De Record Academy was born out of people returning their turntables. It wasn't due to the equipment, but the lack of knowledge on how to properly use it. And now Play De Record is helping with the learning curve. It's a way of harvesting that community for anyone that is interested in DJing, producing or just wants to learn how to spin. 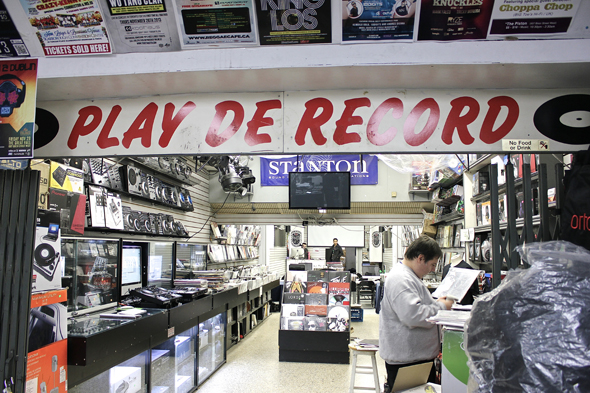 It' part of the reason why Play De Record will be a mainstay for years to come.