Planet of Sound is not your typical big box stereo store. Here, it's all about the quality. And as I stare at my black Crosley record player -- admittedly from Urban Outfitters -- I feel out of place meandering Planet of Sound. They've got some nice product.

It's not a big store. But that's part of the point. Walking around the joint -- located on Queen St. East, equally between Jarvis and Parliament -- Planet of Sound is minimalist. When you walk in, to your right is a decent vinyl selection of common music store fare. To your left are some record players and a wall of headphones. The products themselves come from around the world. 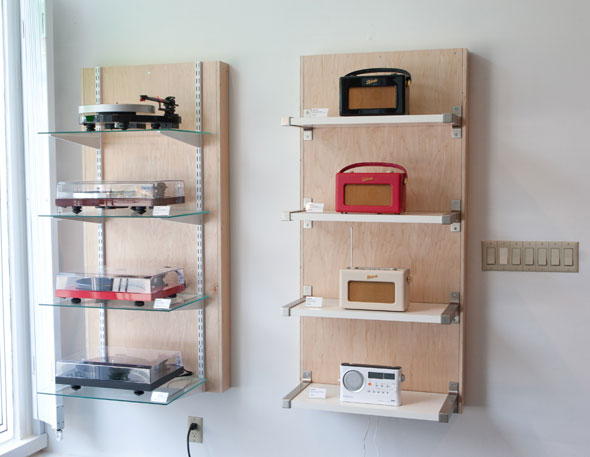 The vinyl selection isn't huge, nothing that's going to outsell Kops Records, but it gets people in the door. As you walk the length of the store, there's designated areas of audio-related electronics. There's the amplifier area, the stereo section, the radios and the subwoofer section. And lest I forget, James Brown's The Payback is playing on the store's system. It sounds good.

Not originally from around her, owner Gunnar Van Vliet started a small stereo store in Ottawa. Five years later, after the store grew in popularity, Gunnar looked to the Big Smoke as the next adventure. Because the thing with Gunnar is that he's looking for the top quality in stereos. And in order to do this, he travels the globe -- Britain, Germany and Japan -- going to hi-fi radio shows. It's there that he handpicks the standouts and brings them home. 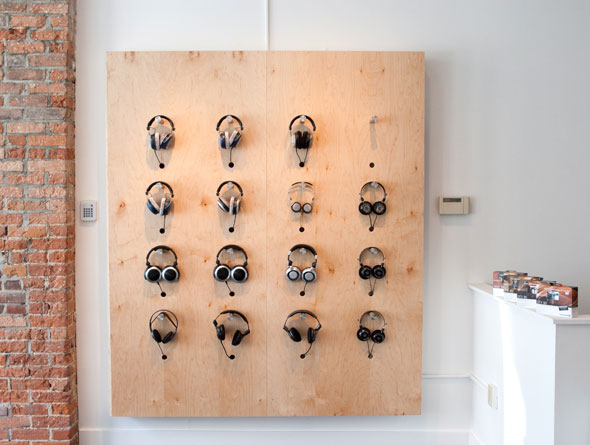 And a lot of the systems in Planet of Sound aren't native to North America. Names like Harbeth (U.K.), Perreaux (New Zealand) and Oyaide (Japan) aren't for your typical alarm clock radios. "The really good stuff you couldn't get in Canada," Gunnar explains of his selection. And that's another reason why Gunnar made the call to move to Toronto -- to be a distribution hub . Having made solid connections with a lot of these providers -- stereos, amplifiers, turn tables, headphones -- they asked if he would be their Canadian provider. He agreed. And now Planet of Sound is the official distributor for systems like Roberts Radio, Audiolab and Beyerdynamic.

Having opened up in late July, they are still putting up the finishing touches. One wall in the back was actually being worked on as I entered. But the location works for them, Gunnar says, albeit it wasn't the first pick. First pick was Queen St. West , of course. But after four months of looking at "insane" renting space prices, Gunnar turned to the up-and-coming locale. And the neighbourhood is good, he says, noting the walkby traffic that pop their heads in, but also the locals that make the trek for the quality. "It has exceeded my expectations," says Gunnar, which is usually a good thing to hear from a new store. Especially a high-end niche stereo store. 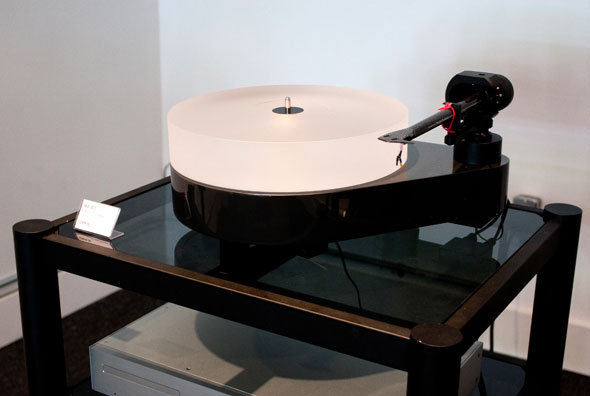 Starting stereos at Planet of Sound are around $699 and can go as high as $10-$50,000. "For someone that really wants the cream of the crop," says Gunnar, nonchalantly. But like I noted, that's the point. Quality. If you want to search for it, you can find it here. Because Gunnar already searched for it across the pond.

"I've always been interested in hi-fi," says Gunnar in his relax disposition. "At a certain point you run out of options of what you can buy. Certainly as a store, what you can sell, because there's only so much available in Canada. And you realize if you want the really good stuff, you have to go out and get it." 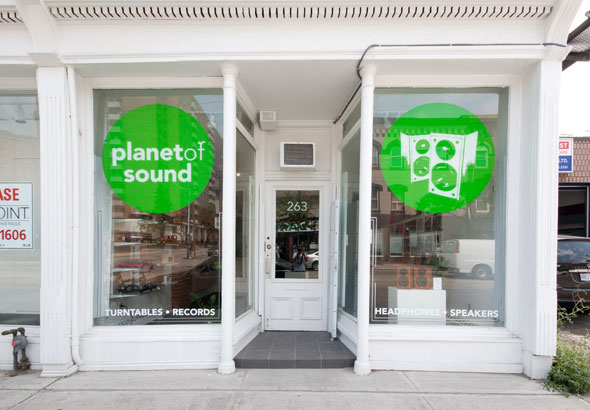