Lewis Family Tattoo Company is bathed in mid-morning sun that's beaming bright as I approach the family-friendly environs of Roncesvalles Village. Amidst the SUV-sized strollers parked in front of the local coffee shop and the coolest mom-and-pop operations this side of the tracks, lies the most inviting tattoo parlour you've ever safely wandered past.

"Do you want to go in to the big mean tough guy shop? No," says owner and industry veteran, Derek Lewis . "You're going to go to the place with Family on the window."

Lewis has been in the tattoo industry for 25 years and has seen a lot of things change since his humble beginnings at Studio-One Tattooing and Supplies on Queen East. "Areas are gentrifying," explains Lewis. "If you don't change with the times you're going to be dead. You're just going to cut yourself out of the equation." 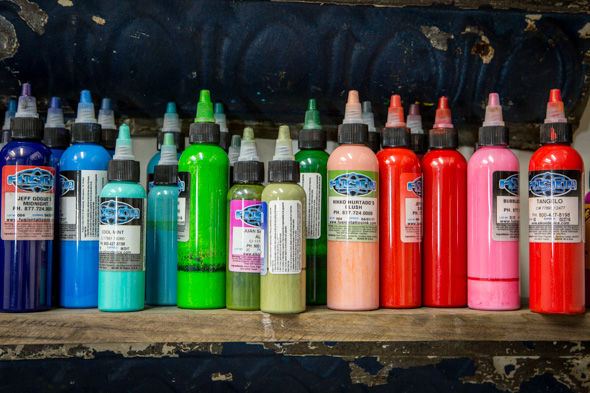 Lewis came in to his own during the '90s when those with tattoos were never considered part of the equation. As a young man in his 20s, he opened several shops north of Toronto in the growing city of Barrie, to varying degrees of success.

"My first shop was called Odin's Brush," recalls Lewis. "I was 20. What the hell did I know about running a shop? It went down like a lead balloon." 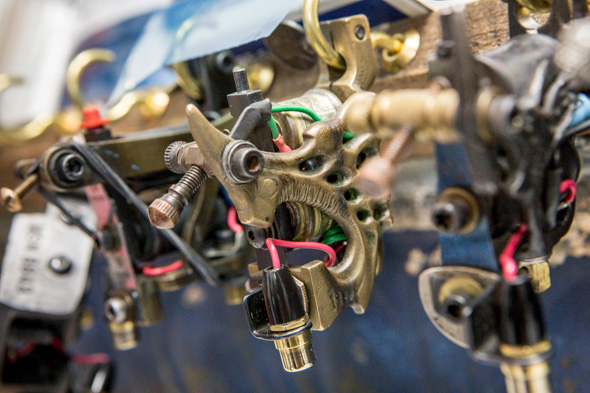 But as an experience it proved invaluable. Knowing he still had much to learn, he moved back to Toronto and took up with the Way Cool Tattoos franchise. Under the tutelage of Crazy Ace Daniels, Lewis built on his considerable skills while picking up the tools necessary to succeed as a shop owner.

His second attempt, Lucky Devil , is still a fixture in the Barrie scene. Though no longer its owner, he has watched it become a franchise with shops in Orillia and Newmarket. 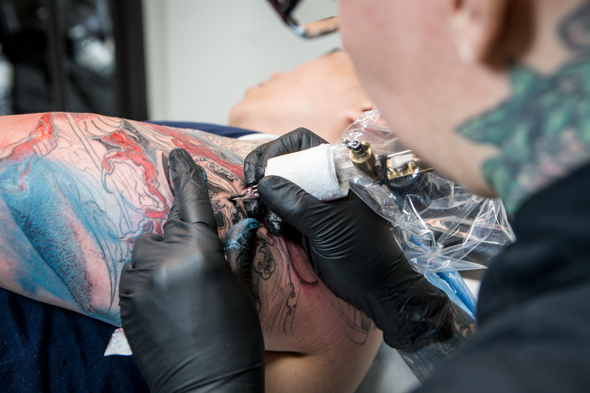 "Barrie is not a super small-town but it is a smaller town," Lewis says of the differences in running a shop in the GTA. "In Toronto though, there is a lot of exposure but it's not super-scary as long as you're putting out decent work, consistently. If your work is not great, no one's going to care."

It's obvious that Lewis puts a lot of care into everything he does. Lewis Family Tattoo is not your average tattoo parlour. In fact, it's almost the anti-tattoo parlour. The atmosphere is warm and friendly, with a dĂŠcor that confuses would-be patrons at times. 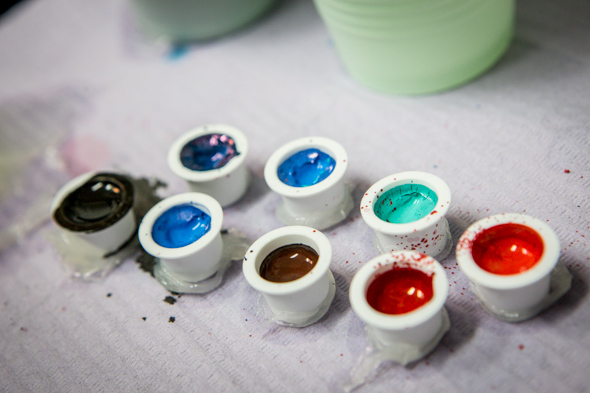 "I've had people come in and look at the purple and gold on the walls and you can see they're thinking 'this is a tattoo shop, right?' Well, yes it is," explains Lewis. "Every shop is a direct representation of the person who owns it. Me personally? I'm a big fan of antiques and all the antiques in here are from my wife's family." 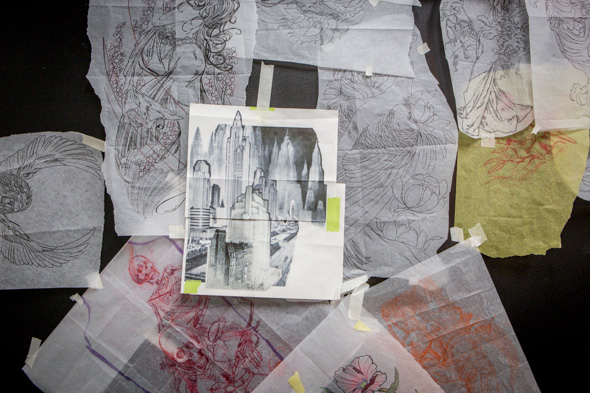 As an atypical tattoo environment the differences extend well past what your eyes can see. Your ears are not assaulted with what you normally hear pouring out of studio speakers. 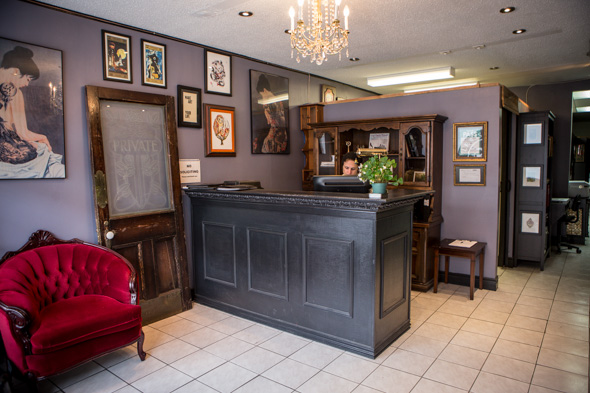 "You come to my shop, you'll be listening to smooth jazz all day long. I know it might not make the person looking for the new Cannibal Corpse all that comfortable but it's fantastic for focusing," jokes Lewis.

Lewis is definitely focused on making his clients feel relaxed and at home. "I know this sounds like a Lululemon ad but I generally don't have clients or customers," he explains. "I'm super-friendly with the people I tattoo. I've made some great friends. This is my soul that I'm putting on people. That's kind of a big deal. It's about as intimate as it gets." 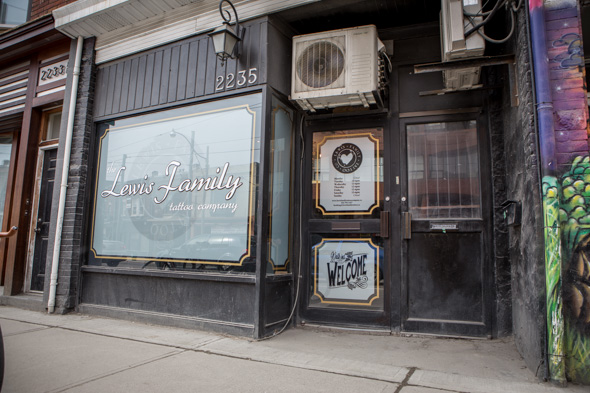