Black Line Studio, as soon as you enter, exudes a different vibe than your average run-of-the-mill tattoo joint. For one, the window display is stuffed with local artwork. And upon entering, the first thing you notice are clothes. And jewelry and more art. It's only when you amble to the back of the open-concept second-floor shop that you hear the definitive buzz of a tattoo machine. 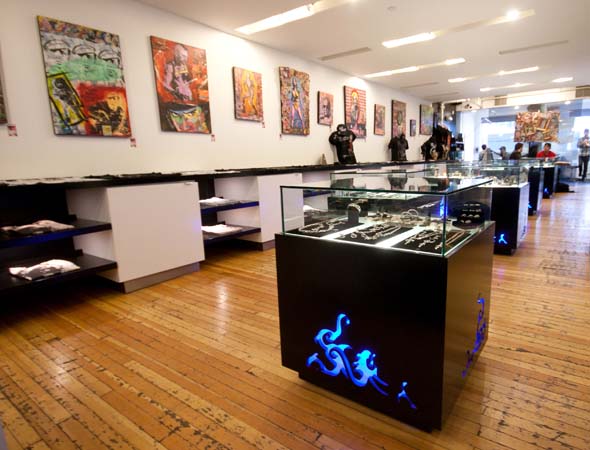 To continue with the trend of how Black Line is dissimilar than your typical tattoo shop fare, it's the only shop I've checked out that offers tattoo removals on the same floor that it offers said tattoos. In theory, you can get the ink and remove it in one afternoon if so desired. 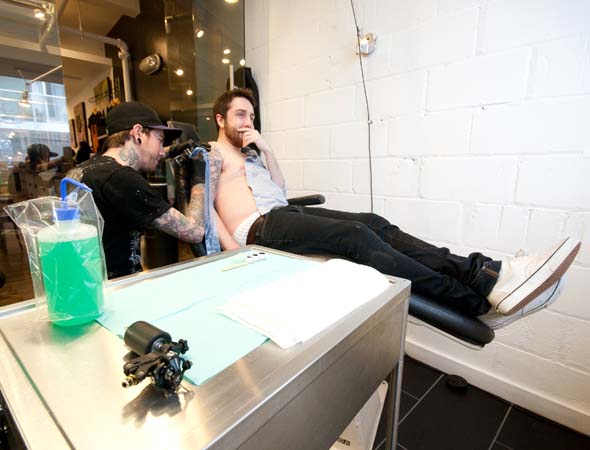 When I take a seat with Ion Nicolae, the owner, he's not your stereotypical tattoo shop owner either. He's not covered with tattoos under a band T-shirt. Instead, Ion's sporting a quarter sleeve tattoo under a white V-neck and black-slash-purple vest. He's a smooth-talker - loquacious, really - and a savvy businessman that puts his own spin on the culture. That's what he's celebrating, he explains, hence the clothing, jewelry, piercing, artwork and tattoos. The whole enchilada. 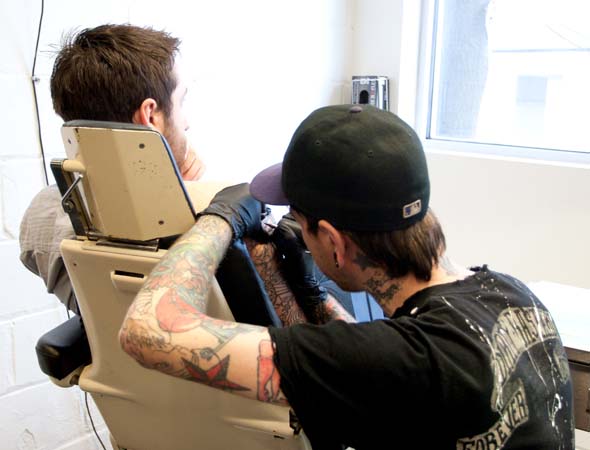 "I wanted to incorporate all the essentials of the art world," says Ion, leaning forward, his hands clasped. "When you come to Black Line it's not just about clothes, tattoos or piercings or art. It's about the lifestyle." The clothing, for instance, is unique. They carry brands like Junker Designs , Tommy Lee's clothing brand. It's all inspired by Ion's background in the industry - well, various industries. 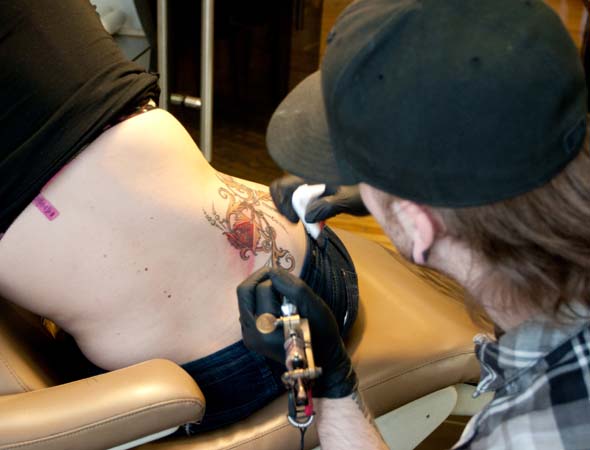 Born in Montreal, Ion moved to Florida with friends. Ion returned to open the now-chain tattoo and piercing shops, Perfect Image, when he was 22. He then jumped into the restaurant business, opening 350 Fahrenheit - the perfect temperature to pre-heat an oven for any recipe - on Bloor St. He then sold the restaurant and his shares in Perfect Image and opened Black Line five years ago on King St. (Ion originally tried to open above Lettieri at Queen and Spadina, but the City wouldn't allow his renovations to the historical building). 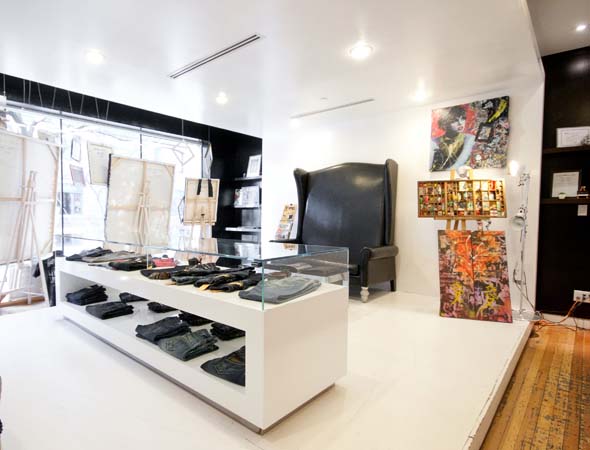 With three custom tattooers currently in the shop, a guy from Korea is coming at the end of the month and another couple for the summer. "The guys that work here are well-rounded. They're sociable, young and eager, and they have the ability to take an idea and translate it to skin," Ion explains with his slight French accent. (As somewhat of a renaissance businessman, Ion also runs a furniture company called Fiber and directs short films). 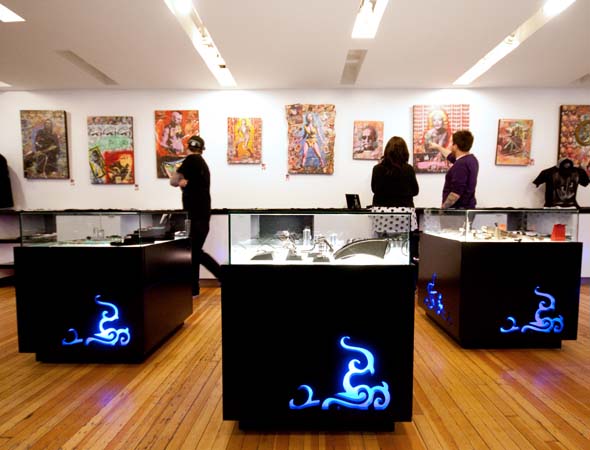 Unlike most tattoo shop owners in the city, Ion isn't an artist himself. He does piercings - including dermal piercings - but leaves the ink to his boys: Scoot, Glen and Steven. Ion is the business side of the industry, as he puts it. 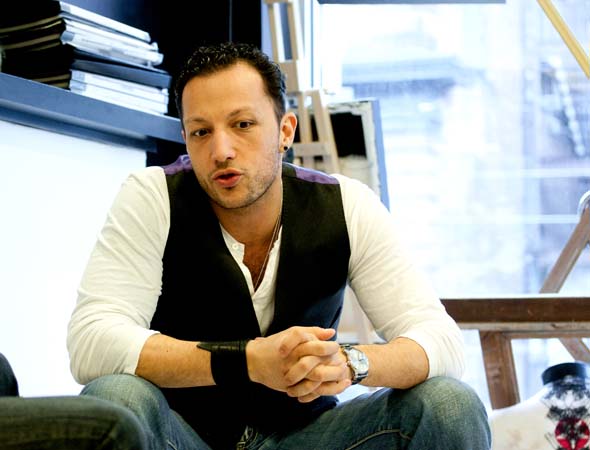 "A businessman knows that he needs an artist," he begins. "While an artist doesn't know he needs a businessman." He's talking about a lot of great artists that think they can go out and open a shop based on their art alone. He's making a point that it's not as cut-and-dry.

"To run a business is an art of its own." 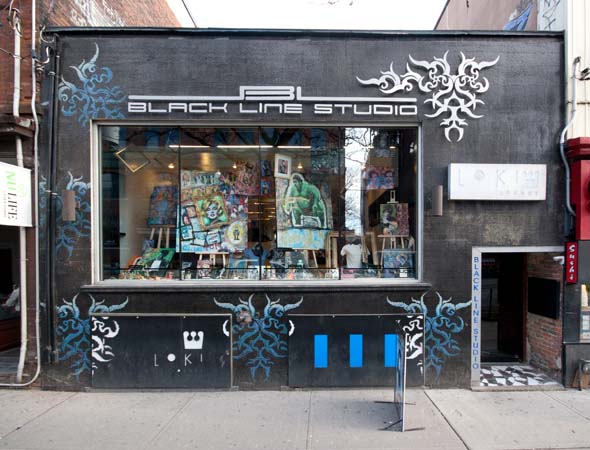