Imperial Tattoo is found in an unassuming black building directly across from CAMH on Queen, just a smidgen north on Ossington. Like most of the city's top custom tattoo joints, a simple folded sign with the words "Imperial Tattoo" is chained to the side of the building. I've seen this before and I know what I'm in for as I climb a couple flights of stairs. 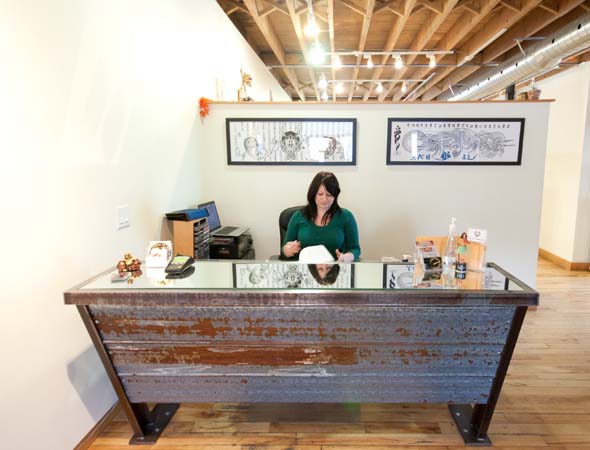 Toronto's best tattoo spots, not to mention its top artists, have changed over to mainly custom shops. In the '90s it was all storefront shops. But now there's a widening gap between storefront spots and custom joints. The storefront guys, with prime location and abundant signage, typically have a solid returning clientele, but also fully embrace the walk-in customer base (see: Tattoo Rock Parlour ). The custom guys are, for better or worse, hidden. They have a simple sign and a hearty reputation that bring customers in through referrals. The latter is Imperial Tattoo. 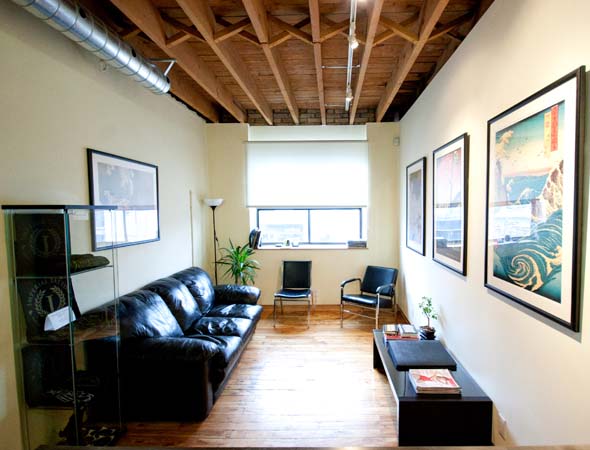 Transitioning its current locale from lofty art gallery on Queen West to open-concept ink den in 2008, Imperial has been running strong based off of word-of-mouth. The store's head honcho, Ronan, who is considered one of the city's best - in the same category as Bill Baker at Pearl Harbour and Jay Decator at Passage Tattoo - can book up to six months in advance. And when Imperial first opened, he was. 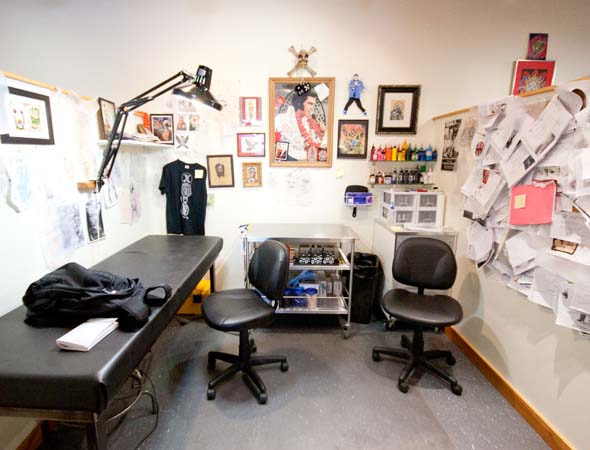 "It was ridiculous," Rob, Imperial's manager, explains to me in the shop's kitchen. "No one knows their schedule six months in advance." Imperial now only books a maximum of two months in advance, for all of its four tattoo artists. (And if you have over five years of experience, they are looking to take on another full-time artist). 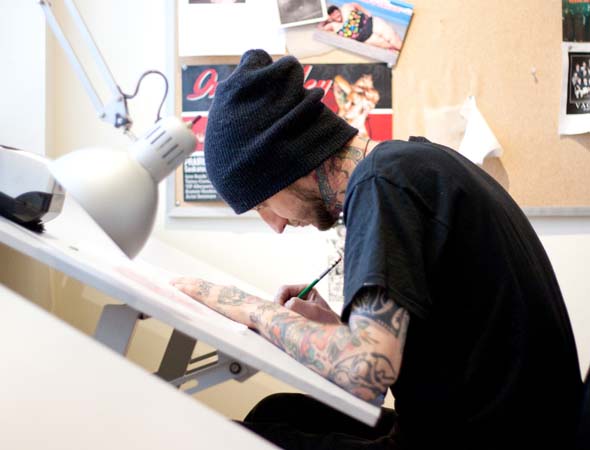 As a custom shop, they cover a variety of styles, but they also have their respected areas of expertise. Ronan is a master of black and grey realism, and partial to comic-book styling. Chris does script and old school works. Joe is apt to flowers and colourful pieces. Maru, the shop's newest member, joining only in July, who came over from Japan, knows his stuff when it comes to traditional Japanese, obviously. (He does a mean koi fish, and is known for doing body suits back in native Japan.) He's also not to be confused with this little YouTube sensation of the same name. 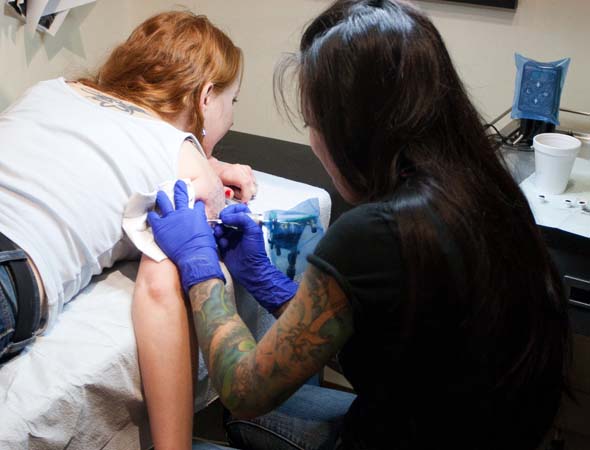 When the topic of tattoo TV shows comes up (see: Miami Ink or any of its many offspring), Rob scoffs. He doesn't want to pay them any credence. He laughs when customers come in and expect they can get a full back piece in one sitting. Or that they want to blend 20 different concepts into one.

"Someone is going to look at that and go, 'What? What does that even mean?' And it's not going to mean anything. Stick to one idea. One at a time," Rob offers as sage advice. But he notes that it's because of said TV shows that people realize you don't have to just get stock, flash tattoos. That custom means you can get whatever you want, that you can work with the artist to create something original - Imperial's, and most of the city's custom shop's, specialty. 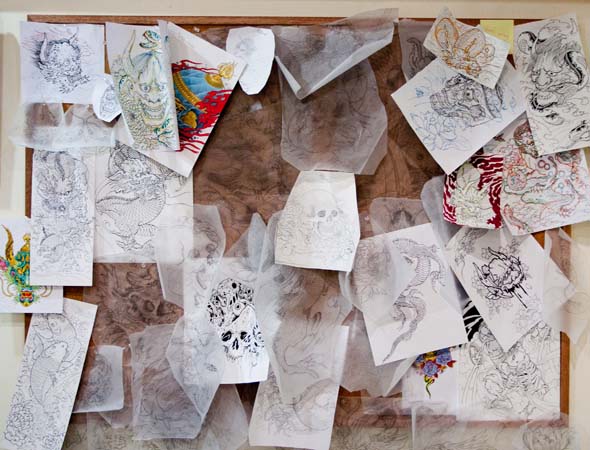 "There's a lot of tattooing going on in the city, it's a saturated market," mentions Rob, alluding to the fact that the city, and especially Queen West is rife with tattoo shops. But at the same time, there's a wicked amount of talent coming out. "It's a good time to be in Toronto for tattooing. There's a lot of big, crazy work coming out and it's great to be a part of it."

He looks back into the open building where a few artists are busying themselves, and you can hear the buzz of the tattoo machines. "At one time it was badass to get tattoos. Now everyone has tattoos. It's almost cooler not to have tattoos anymore," he chuckles, his neck tattoos visible under his hoodie. 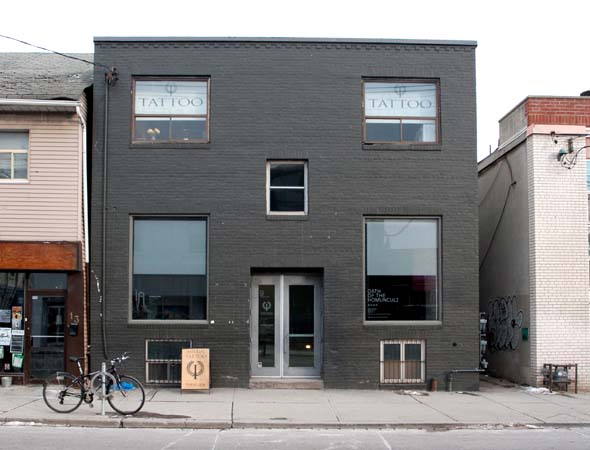