Gears bike shop in the Canary District is one of those perfectly placed stores sure to capitalize on the demographics of the area in which its located. As the area that once played host to the Pan Am Games in Toronto transitions to its future as a condo-based community, a central bike shop is sure to attract a lot of attention from the folks living in the neighbourhood. 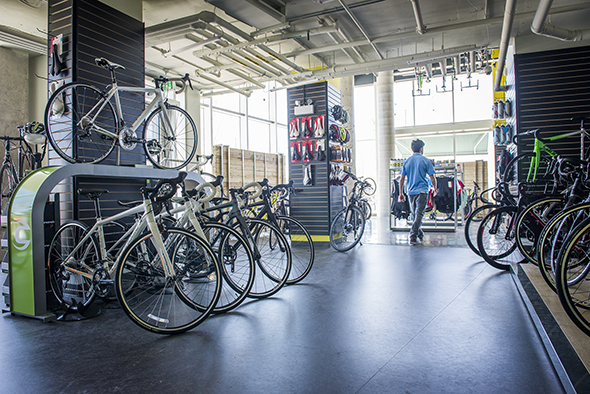 After all, not everyone is purchasing a vehicular parking sport these days, so there's a premium on bike-based travel in areas heavily populated by condos. That's the jumping off point for this Gears location, which is the company's fourth. 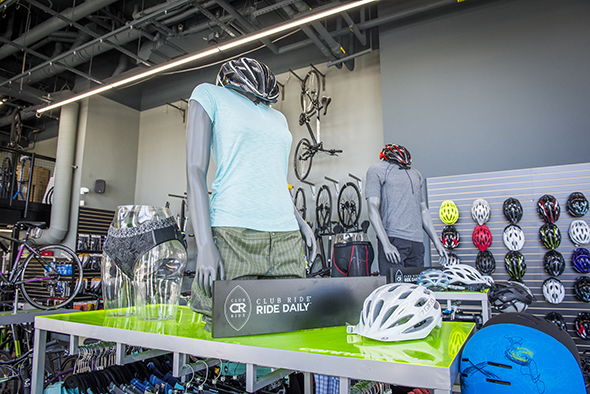 Gears has quite the history in the local bike scene, going back to a little shack-style shop on the Lake Shore that opened in 1988. By the '90s, the store was sponsoring racing teams on the Ontario racing circuits and gaining in popularity, which brought a move to a bigger shop in Mississauga. That's still the flagship location, joined by outposts in Oakville, Leaside, and this most recent addition. 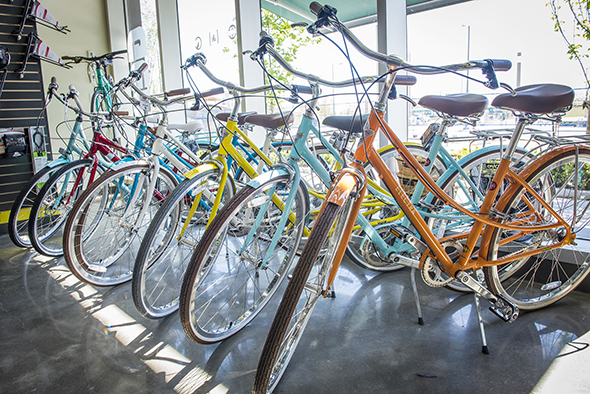 Given the location, there's more selection of relaxed European-style commuter bikes here than you'll find at the other shops, which tend to deal more in performance bikes. Electra is the brand of choice here, a company which has a solid reputation in this department. 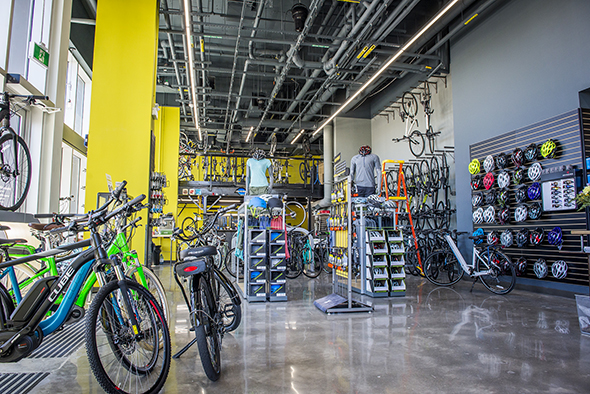 You'll also find some slick city bikes that'll achieve a healthy mix between comfort and speed. Prices start around $700 for a solid ride and go way up from there for road and mountain bikes suited for racing. 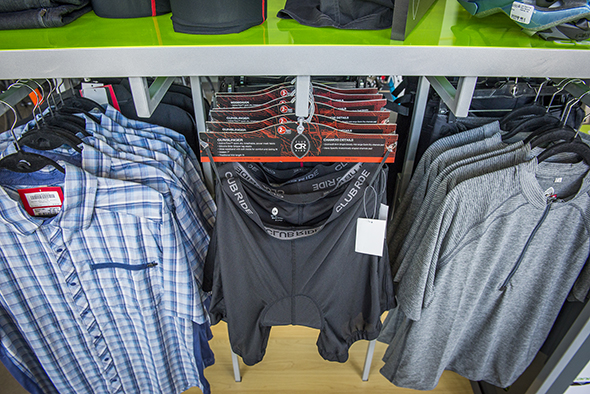 Catering to a commuter population is also on display in the clothing and accessory options, which include apparel for cyclists looking for cycling appropriate gear that's not made out of spandex (please don't show up to work in spandex). Unsurprisingly, the mechanics also welcome a variety of rides, from hybrids and single speeds to full suspension mountain bikes. 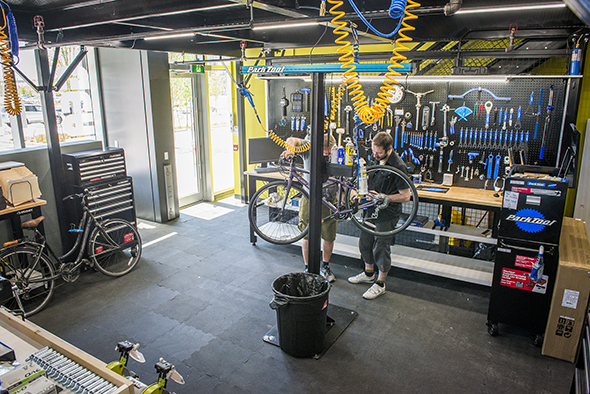 Lest I focus on the commuter element too much, it's worth noting that this Gears location still prides itself on carrying high end products and knowing how to properly fit riders on bikes from Specialized, Giant and Canondale (to name a few). A lot goes into determining the correct bike fit, and getting it right can mean pain-free rides in place of a sore back and tight hips. 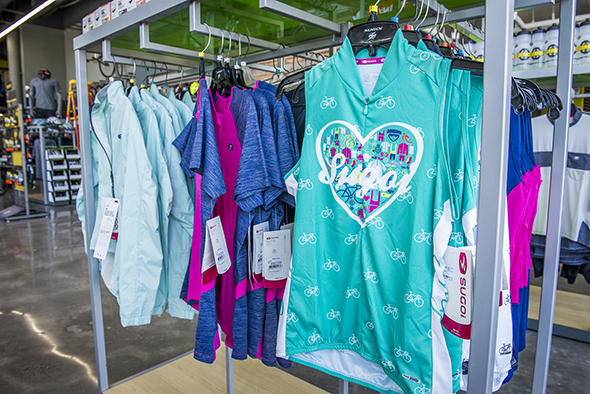 Gears has a good track record on stocking bike's tailored for women, which aren't just about smaller frames, but also feature tweaks to the geometry like shorter top tubes to cut down on reach. More and more shops are taking this segment of cyclists more seriously, but Gears has been doing it for the haul, for which the store deserves kudos. 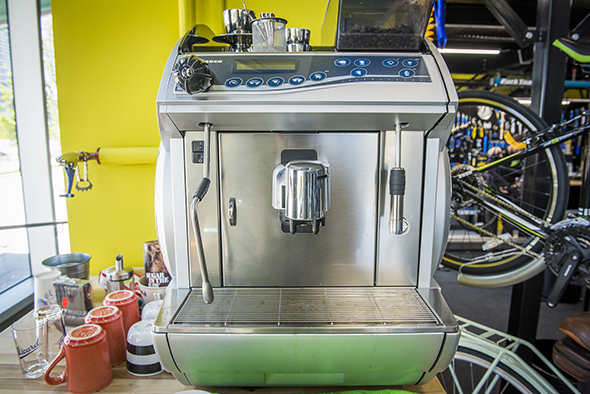 The Canary District is a young neighbourhood and will be for some time, which is why it's nice to see added touches like a quality espresso maker here for customers to get a quick caffeine fix. As much as retail outfits are all about making money, places like bike shops can serve a mini community hubs, and it appears Gears is off to a good start in this capacity. 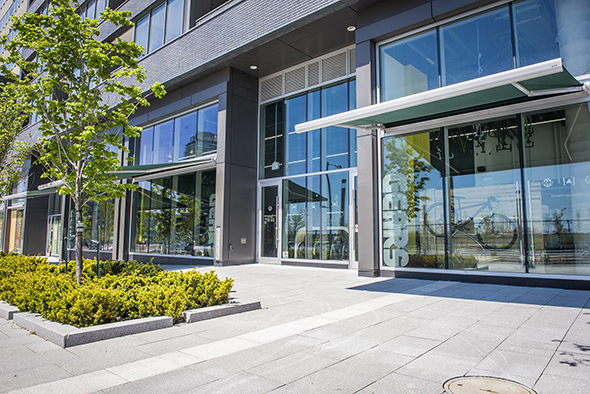