Urbane Cyclist, one of Toronto's most established bike shops, can be found on one of the busiest commuter stretches in the city. Previously located north of Queen on John , the shop now calls College and Spadina home, specifically 280 College St. 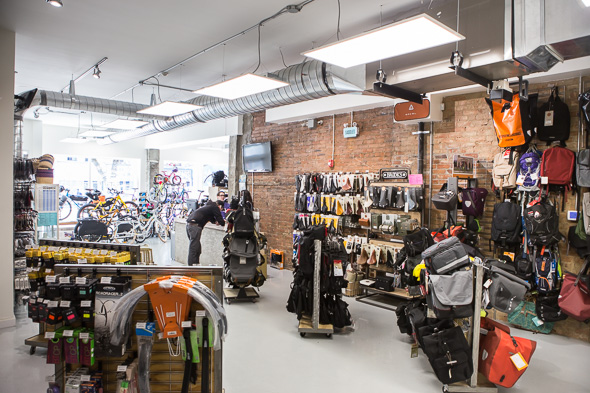 The store's current location, sitting pretty beside the College bike lane, is a perfect spot for the area's bike enthusiasts. Cooperatively owned and operated by a team of young, friendly staff, Urbane Cyclist caters primarily to commuter and hobby cyclists, though there's certainly some serious riders who frequent the shop as well. 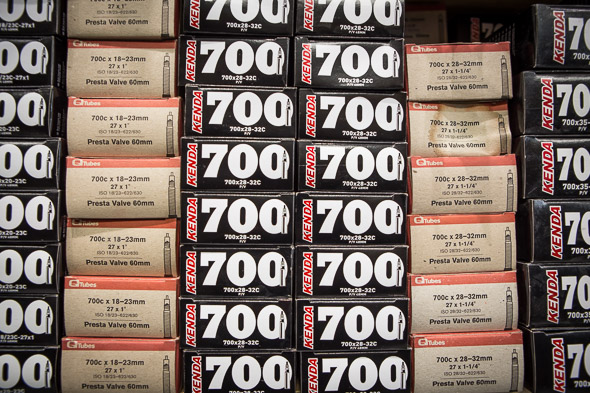 If you want to pick up a high performance road or mountain bike for racing, this probably isn't the right store for you, but that being said, you can definitely pick up a pretty solid ride to get you around the city or the trails. 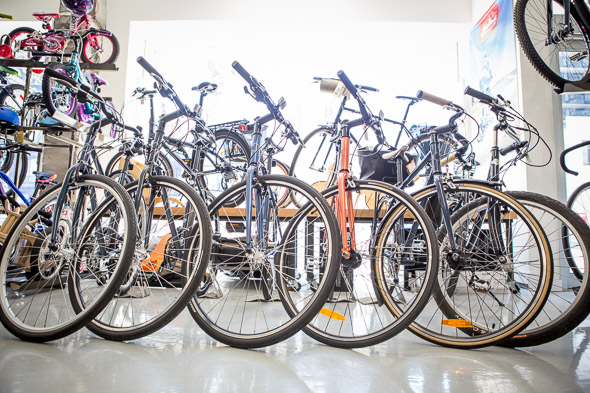 Urbane Cyclist's selection of bikes includes brands such as Brodie, Tern, Yuba, All City, Salsa, and, of course, their very own Urbanite models. A lot of these bikes are primarily commuter bikes and mountain bikes, though there are also less common breeds as well.

For instance, there's a few fat-tire bikes, recumbent bikes and trikes, folding bikes and more. There's also children's bikes available. If you have something specific in mind that you're looking for, there's a pretty good chance they'll have it outside of the high end performance models. 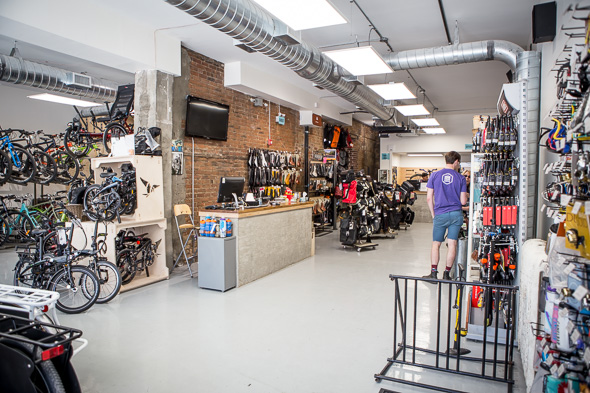 Bike prices range from a few hundred dollars to a few thousand, depending on the specs of the bike. Children's bikes come in on the lower end of the spectrum, costing a few hundred, as well as some 20" wheeled models. The average commuter cyclist looking for a new bike could spend around $600-800 at Urbane and get a solid ride. 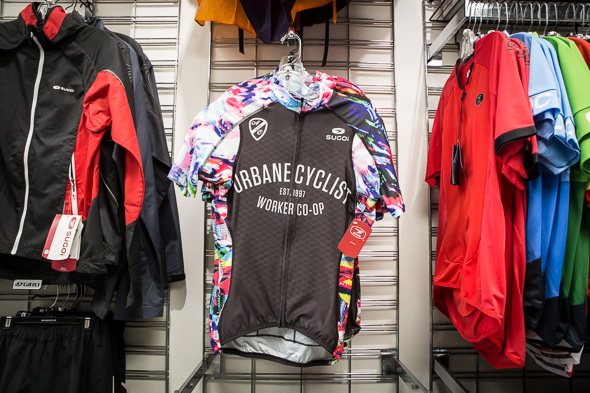 If you're looking to pick up some cycling accessories or clothing, Urbane has a good collection of both. The shop carries just about anything you'd need on your day-to-day rides. Saddle bags, grips, tools, racks, wheel lights, sunglasses - you name it. 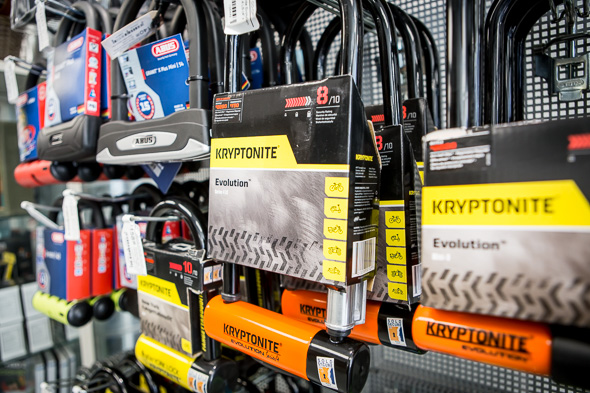 Of course, if you buy a shiny new bike, you'll want to keep it safe, so Urbane carries several different styles of locks as well. 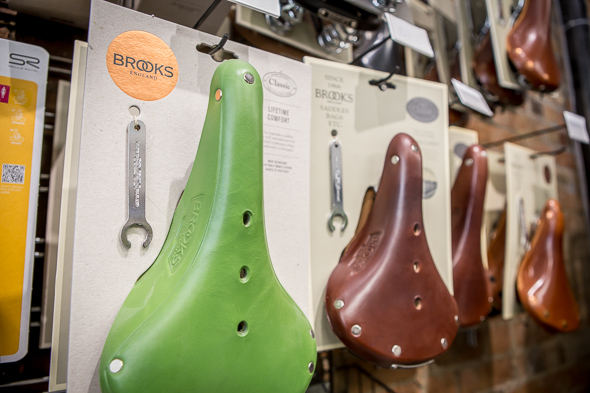 For those who want to collect that sweet data while they're cruising around, there's some Garmin GPS bike computers available as well. They'll tell you your average speed, give you a map of your ride, and more. As an urban-focused shop, the store also has one of the city's best selections of Brooks saddles. 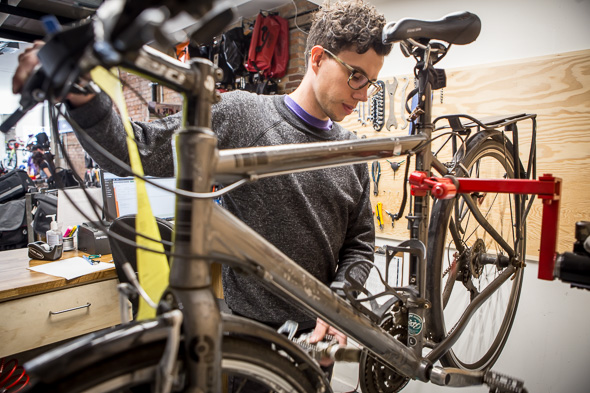 Urbane Cyclist also has a very well equipped service centre in the shop staffed by their mechanics. They're prepared to deal with almost any issue you may have with your bike, and offer several different tune up packages ranging from a basic safety check at $50 to a full overhaul for $300. 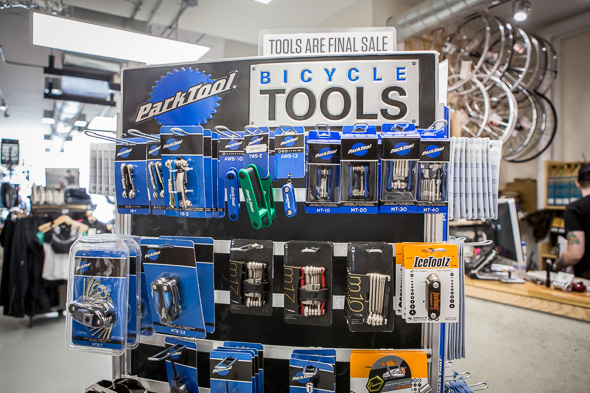 You can definitely feel confident taking your bike for a fix-up at this shop. The mechanics see such a diversity of bikes based on the store's urban focus, that they're well equipped to handle all sorts of odd-ball problems. Oh yeah, and if you buy a bike from here, you get free tune ups for six months afterwards if you book an appointment. 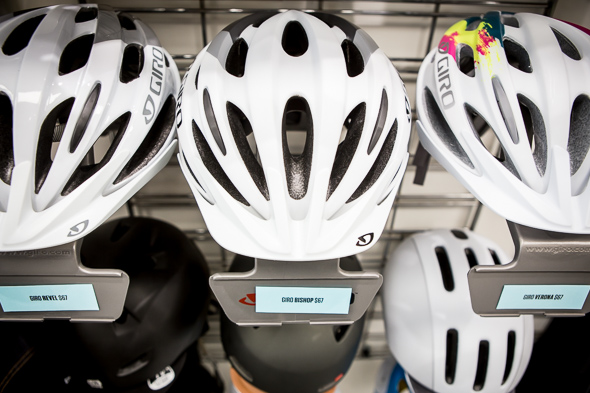 Because Urbane Cyclist is a co-op, there's a real community that's centred around it. The staff genuinely care about the shop and its customers, something that's apparent as soon as you come in the door. If you're looking for a place to get a bike, a tune-up, or some equipment, it remains one of the city's best options. 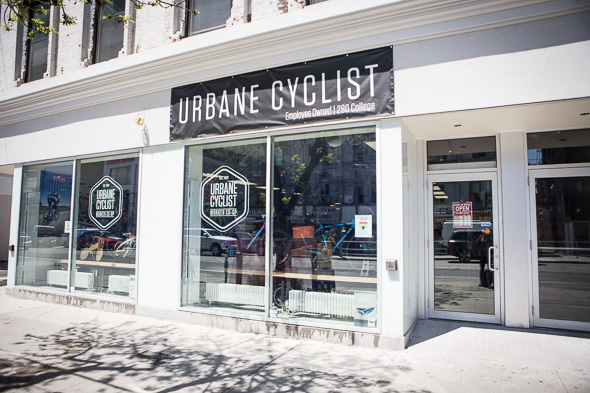