Familiarity may strike you when approaching Yu Shan Dumpling Cuisine . It could be the signage that vaguely resembles a small Northern Chinese chain known for their dumplings or perhaps you've seen the lengthy windows and flanking patio on television before. This location was actually the unlucky recipient of a Restaurant Makeover and as any faithful viewer can expect, the previous restauranteurs moved out and Yu Shan moved in.

The bar remains from the redesign but in combination with the contemporary red and black scheme, the room feels disparate to the homey dishes on the menu. Upscale style also proves to be the folly of practicality when we're offered small shallow square-edged bowls to share a noodle soup. On the other hand, the menu offers variety and focus which seems rather promising. After placing an order with our anxious server, the wait begins.

With the restaurant not quite half full, the kitchen is already overwhelmed and our server joins in the fray to push out some food. Many minutes pass as a couple of dishes stream towards other tables but eventually we're graced with Steamed Beef Dumplings ($4.50) that have the appearance of being boiled. Soft watery skins are unremarkable but the moist balls of tender meat are flecked with cilantro and quite tasty. They disappear quickly as the rest of our order steadily arrives at the table. 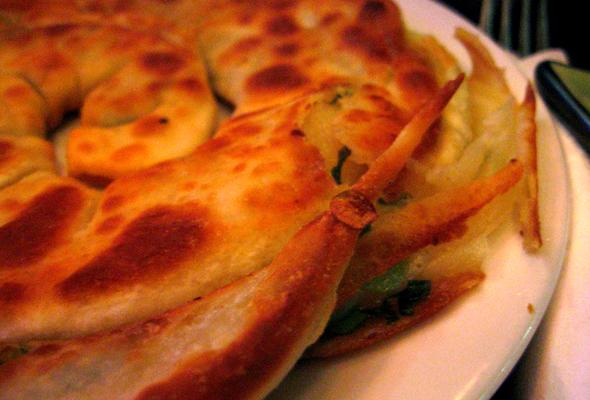 Large Pan Fried Pork and Chive Dumplings ($5.99) have a greasy exterior and a nice pork interior with good flavour from the usually indiscernible chive. They're unexpectedly moist and the juices pour out a little with every bite.

Arriving in a beautiful swirl of green flecked fried dough, the Pan Fried Onion Cake ($2.45) has a mildly crisp outer shell and a tender doughy centre. The onion intensity permeates well throughout the slightly salty mass. It's delicious and easily the favourite of the meal. 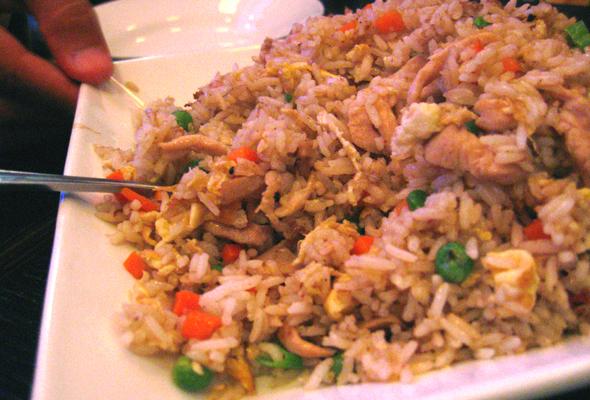 Upon sight, the Chicken Fried Rice with Egg ($6.45) already seems unfortunate. Much of the flavour is attributed to soy sauce and little else. A basic medley of frozen vegetables, overcooked chicken, and tiny slivers of scrambled egg dot the dish. No one is compelled to finish it.

The Deep Fried Chicken Wings ($3.45) are surprisingly crisp on the outside and the meat is fairly moist on the inside. However, the overall flavour is lacking and it becomes obvious that they are unspiced. 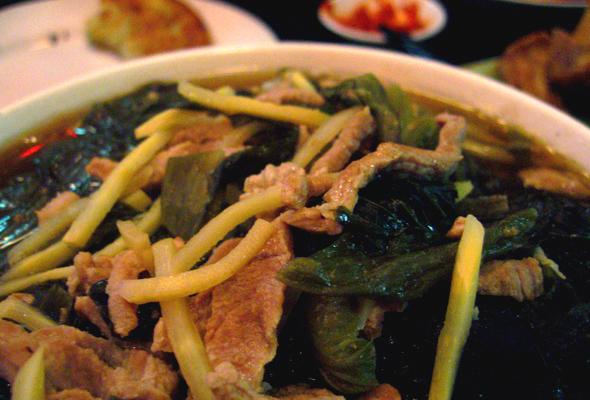 Noodles with Shredded Pork and Pickled Greens ($4.45) is a dish that holds some nostalgia. This rendition seems particularly low on the crunchy pickled vegetables and high on overly soft bitter greens. A small amount of overcooked pork floats in a thin film of sesame oil sitting on the surface of the bowl. The oil is overpowering for the first few bites and gradually dissipates for a deliciously rich broth to emerge from the bowl. It has absorbed some of the bitterness from the greens to add an extra note of complexity.

The service is unsure of themselves as they seem hesitant but patient at the same time. While some dishes were quite competent, Yu Shan is likely to remain more of a local haunt with a long list of cheap specials that will certainly fill your stomach. But come summer time, I may have to abandon my own favourite dumpling joint just to eat dumplings and noodles on their spacious patio. 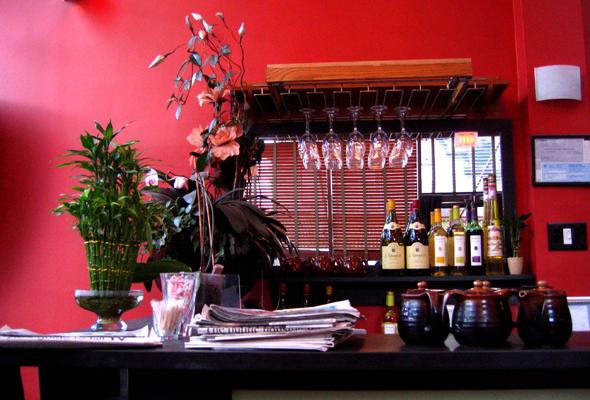