Yeh! Frozen Yogurt has opened its first store in Toronto after a summer of anticipation. And it's not just its punctuation that signals the excitement; the shop is absolutely swarming when I stop by for a peek. 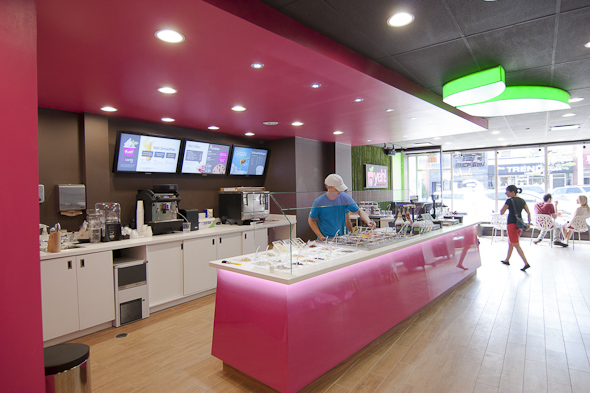 I say first Toronto store because Yeh! is actually a Montreal business, started by design-focused couple Jean-Daniel Nadeau and Grace Yeh. The duo picked up on the trend while visiting California (naturally) and decided to bring their own spin on self-serve froyo back home to Montreal in 2008. 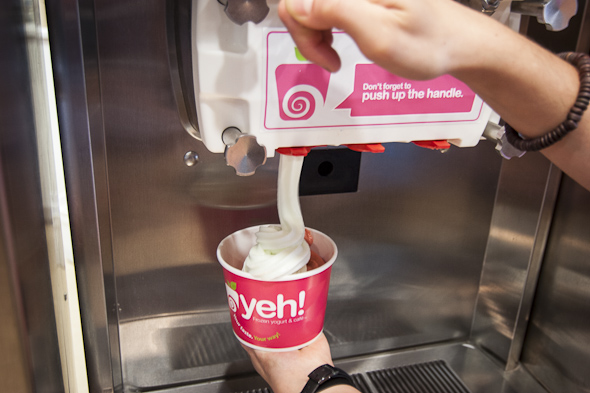 The store on Bayview just south of Eglinton opened just over a week ago, and was brought to Toronto by Sha Li, who previously lived in Montreal. "I visited the store a lot when I was at McGill," she tells me as we chat by one of the back tables. "And I knew I wanted to bring Yeh! here to Toronto." 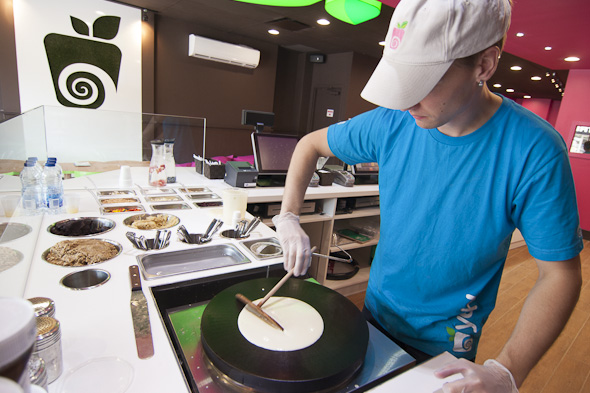 Yeh!, of course, is not Toronto's first foray into self-serve froyo, nor does it represent an area monopoly in terms of iced desserts with Hollywood Gelato right across the street. But it does strike me as one of the most kid-friendly of the lot.

There's plenty of room around the toppings bar and tables to wheel in a stroller or two, nevermind the cartoons playing on the flat screen TV and child-sized set of tables and chairs. And best of all — two immense hot pink bean bag chairs, though I can't imagine what they might look like after a few chocolate yogurt spills. 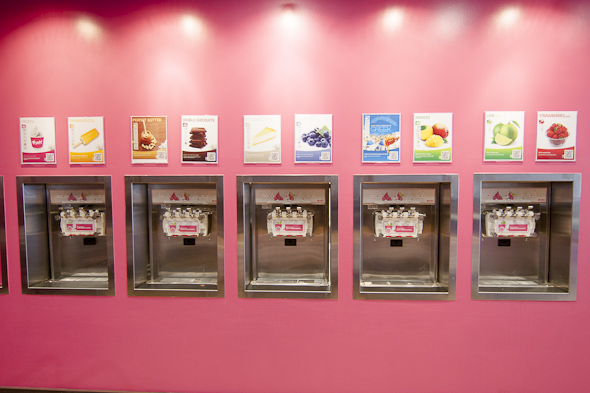 For now, the shop is pristine as can be, with a black-and-hot-pink colour palette and 10 froyo flavours ready for the pull. I'm told that the entire lineup hovers somewhere around 40, with some varieties (original, double chocolate, strawberry sorbet) staying constant while others (Greek yogurt, NY cheesecake, blueberry) will be on rotation.

The shop's kitchen is onsite, mixing fresh blueberries, mangos, chocolate, and other ingredients with skim milk and powder bases. Yeh! prices its yogurt at $0.55 per ounce. 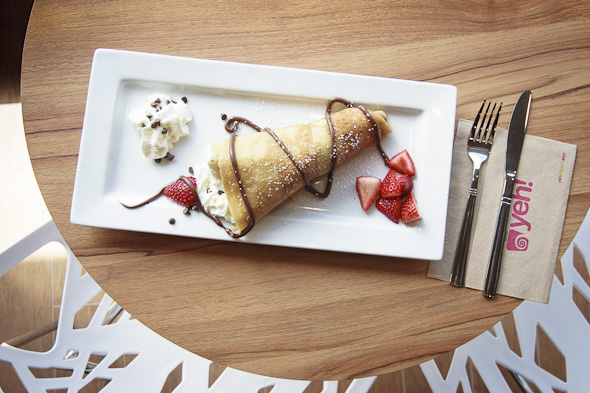 I sample a couple of the flavours, starting with the Greek yogurt and honey (which I've never seen in another Toronto froyo joint). The first taste is definitely authentic "Greek yogurt" with the honey quickly kicking in to give the yogurt some sweetness.

It's a tad icy, but the flavour is delicious. I also sample the double chocolate, which simply comes across as chocolate ice cream — an ideal taste for chocolate froyo. 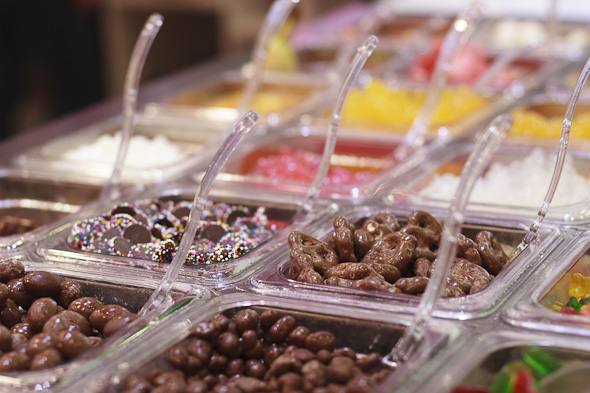 The toppings also represent one of the more impressive spreads I've seen in the city. I count at least four cereals including Froot Loops, Frosted Flakes, Cinnamon Toast Crunch, and Lucky Charms (sadly, I don't think you're allowed to just pick out the marshmallows); chocolate-covered everything including pretzels, nuts, and raisins; and a good variety of fresh fruits such as blueberries, cantaloupe, kiwi, and watermelon. 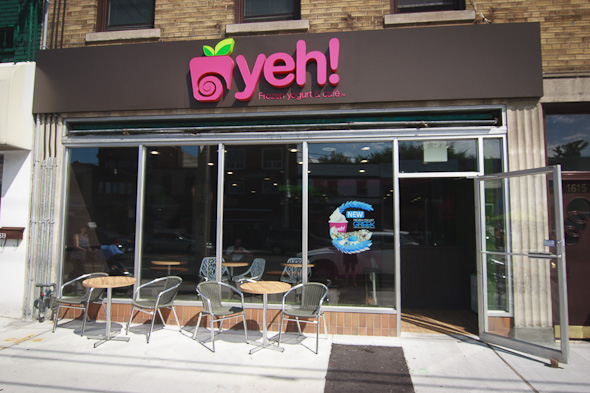 Yeh! Frozen Yogurt also offers coffee and crepes, and, yes, cartoons can be switched off upon customer request.