Yauca's Lounge is a spot cooking up dishes with roots in Angola, Senegal and Cameroon. The owners also run the Churasquerria Nova Lisboa next door, where they serve up grab-and-go grilled chicken, ribs and other offerings.

The room was nearly empty when we stopped in mid-week to check out this new addition to the neighbourhood. It must have been a huge undertaking to transform what was a 30-year-old West-Indian variety store into a dining room and lounge space. Dark hardwood and exposed brick feel modern and warm, while the rest of the decor is a disjointed cross between a classy King street bar and your run-of-the-mill Irish pub. 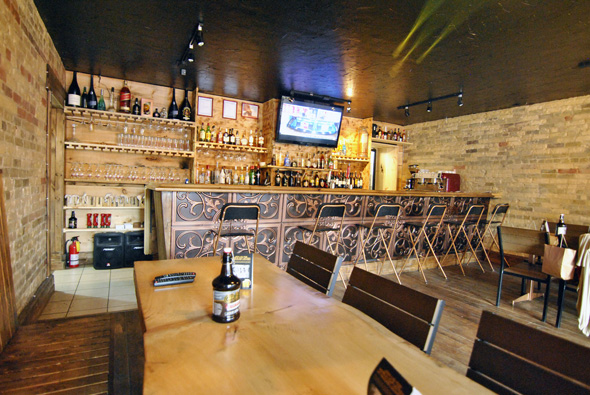 We had the benefit of getting a good rundown of the menu from our server, an extremely friendly fellow, who as it turns out was also one of the co-owners. He shared that their recently launched Senegalese dishes have been popular, but on this visit we went without, as they are currently only available on weekends. 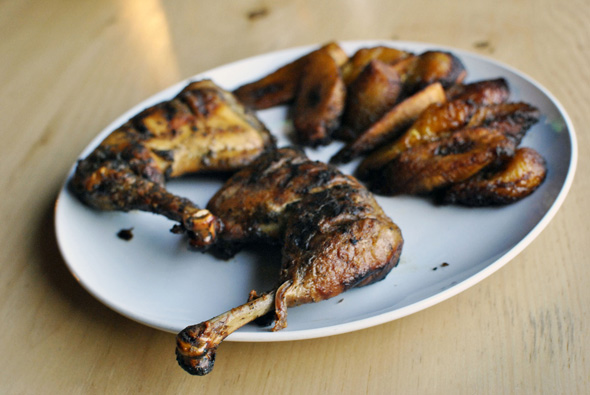 We ordered the Cameroonian-style braised chicken with fried plantain ($12.99) - two pieces of dark meat, which unfortunately tasted like leftovers hastily re-heated in the grill. The lightly charred skin had a nice flavour, but otherwise the chicken was bone dry and far too tough. It was a disappointing start. 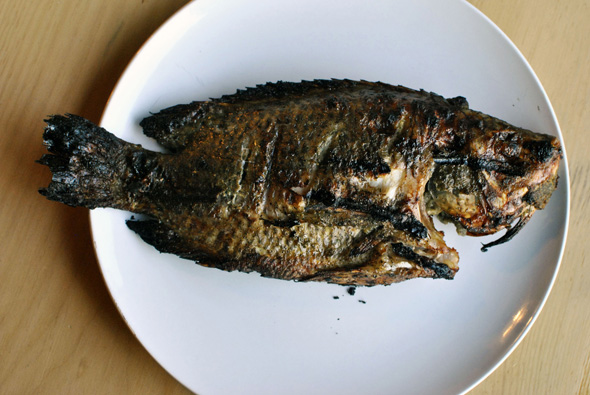 Next was the tilapia and three-side combo plate ($19). The fresh-tasting fish was grilled whole and served tender and flaky. For the sides we opted for red rice, steamed veggies and roasted potatoes - and all were fairly underwhelming. 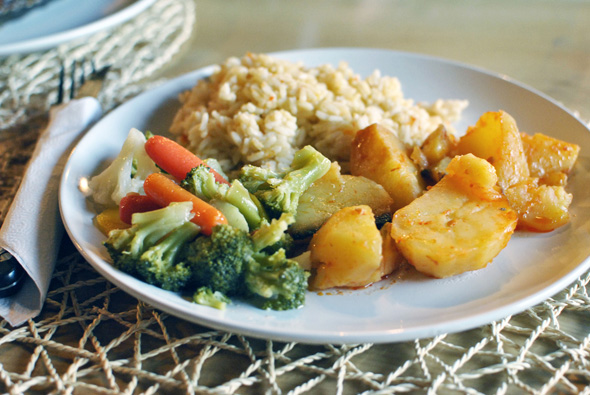 We were nearly halfway through the dish when our server brought a tomato and onion topping that was meant to accompany the tilapia. Despite the missing garnish, this was still the best dish of the night and a good enough value at less than $20.

For a place that specializes in Portuguese/Angolan style chicken, we figured we had to try out their half grilled chicken combo ($12). Sadly this was another disappointment - especially the piece of white meat, which was overcooked and dry. The leg and thigh fared slightly better, though didn't hold a candle to the always-popular Sardinha just a block away.

Points do go to the homemade hot sauce, which added a crazy-spicy kick to the chicken and did a good job at clearing out our sinuses. 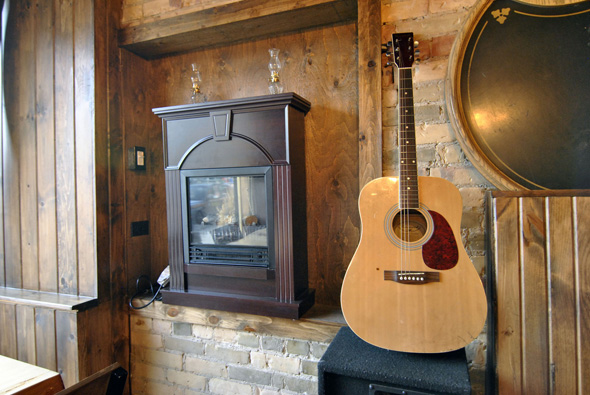 Yauca's is likely to get busier during the World Cup - with a big screen TV, extensive cocktail list and few beers on draft, it could be a lively place. That said, their reasonable prices will only get them so far and some kitchen kinks need to be worked out before they start filling the dining room or driving traffic for take-out.

Yauca's Lounge is open 10am to midnight Monday to Saturday and 10am to 5pm on Sundays. 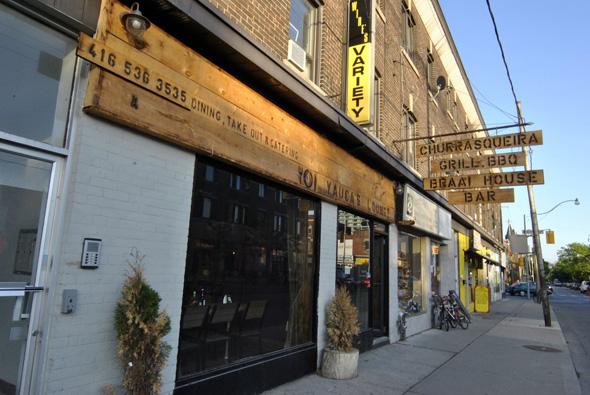