Soul Provisions does popsicles in the summer and soup in the winter, with proceeds supporting a robust empathy program.

For every litre of soup sold, a portion is made available for the needy, and you can direct message the shop for a meal if you're experiencing food insecurity. 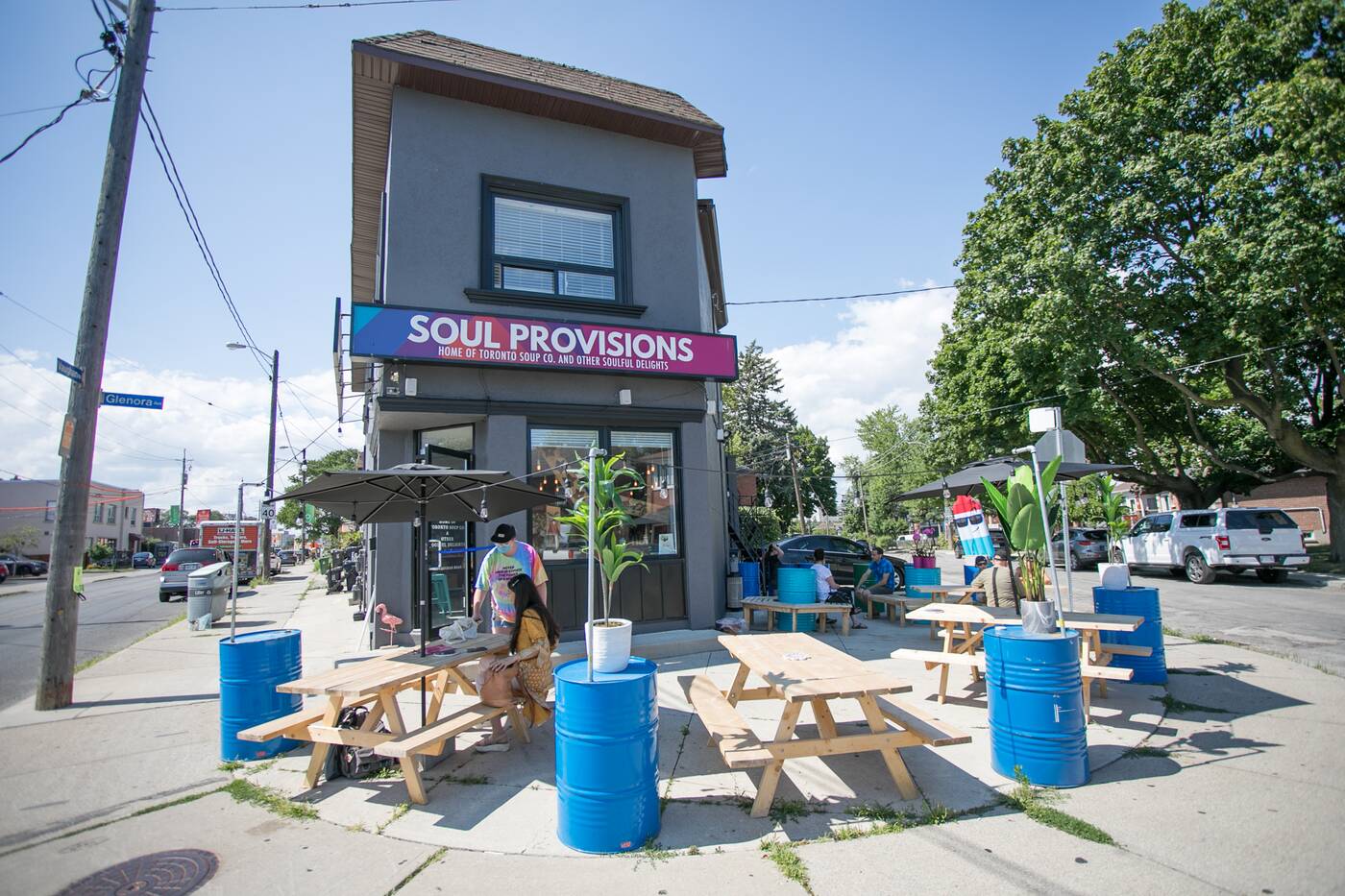 A patio wraps around the angular corner spot, and though picnic tables are accommodating, a few more sought-after umbrellas would help with extra shade. 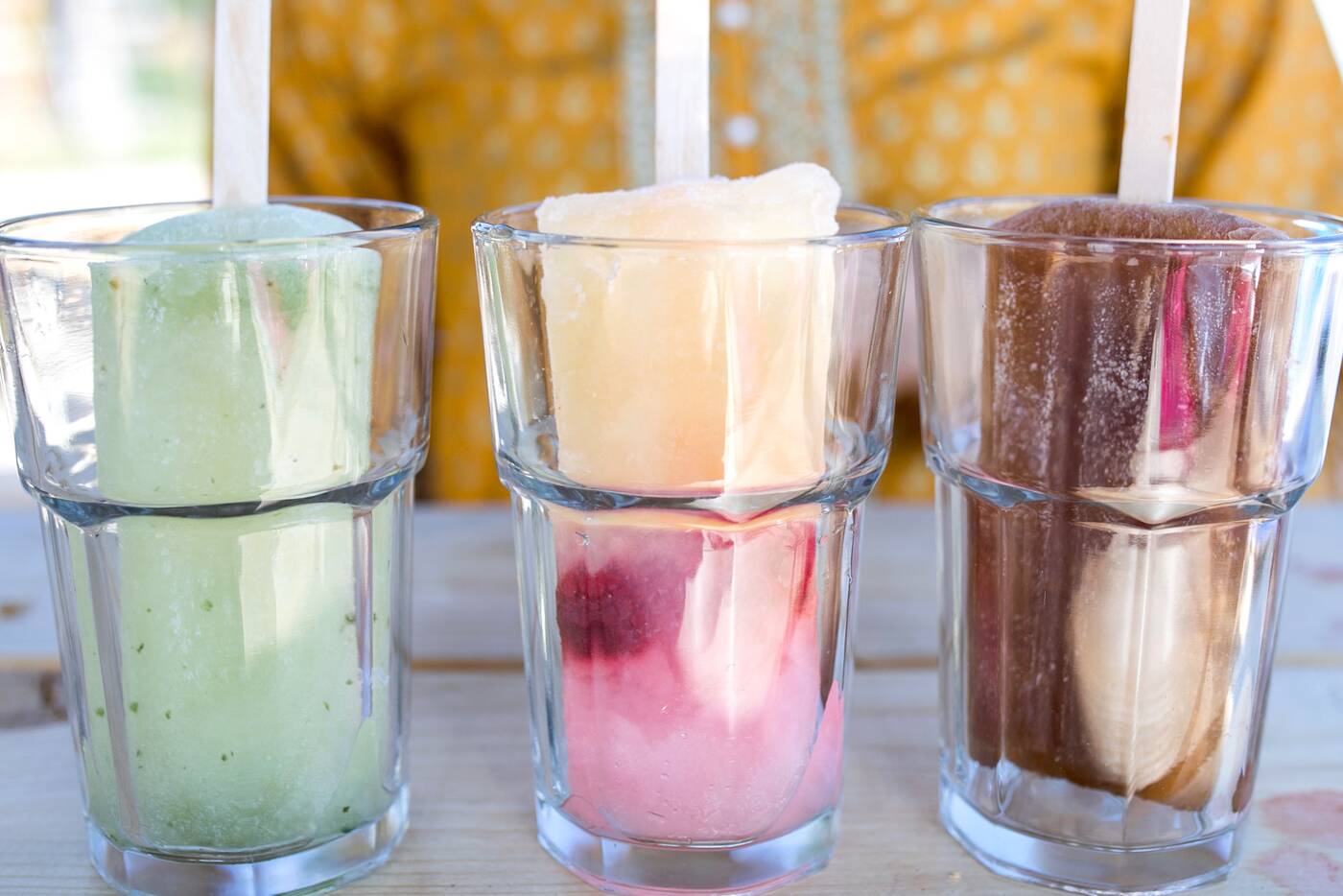 The pops are $3.50 across the board and contain very little sugar, a teaspoon max (most sweetness comes from the fruit), and the majority are vegan. Local, healthy ingredients are championed here, which means the selection rotates often. 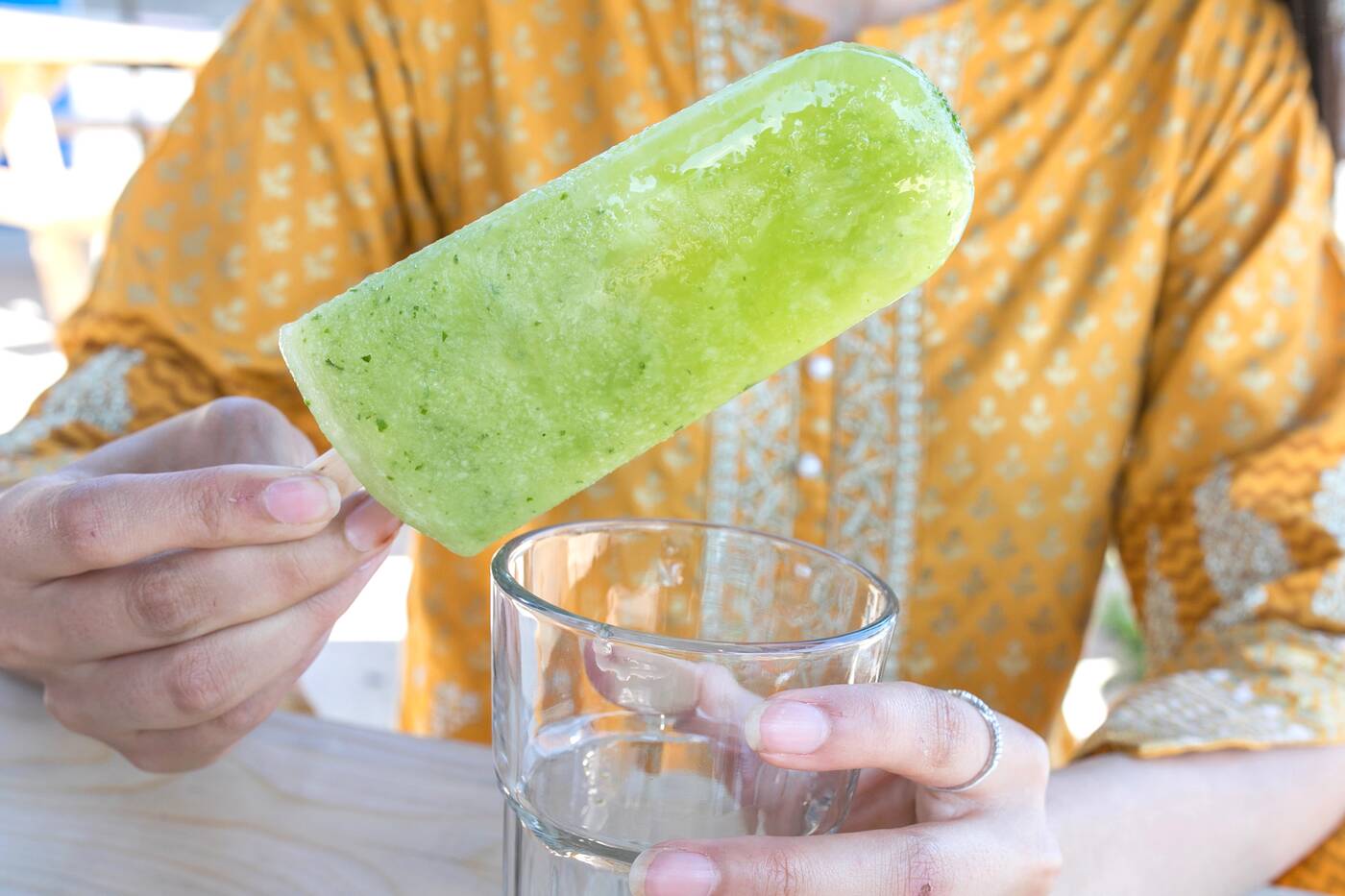 For example, a refreshingly simple cucumber lime mint variety lists all ingredients in its name. 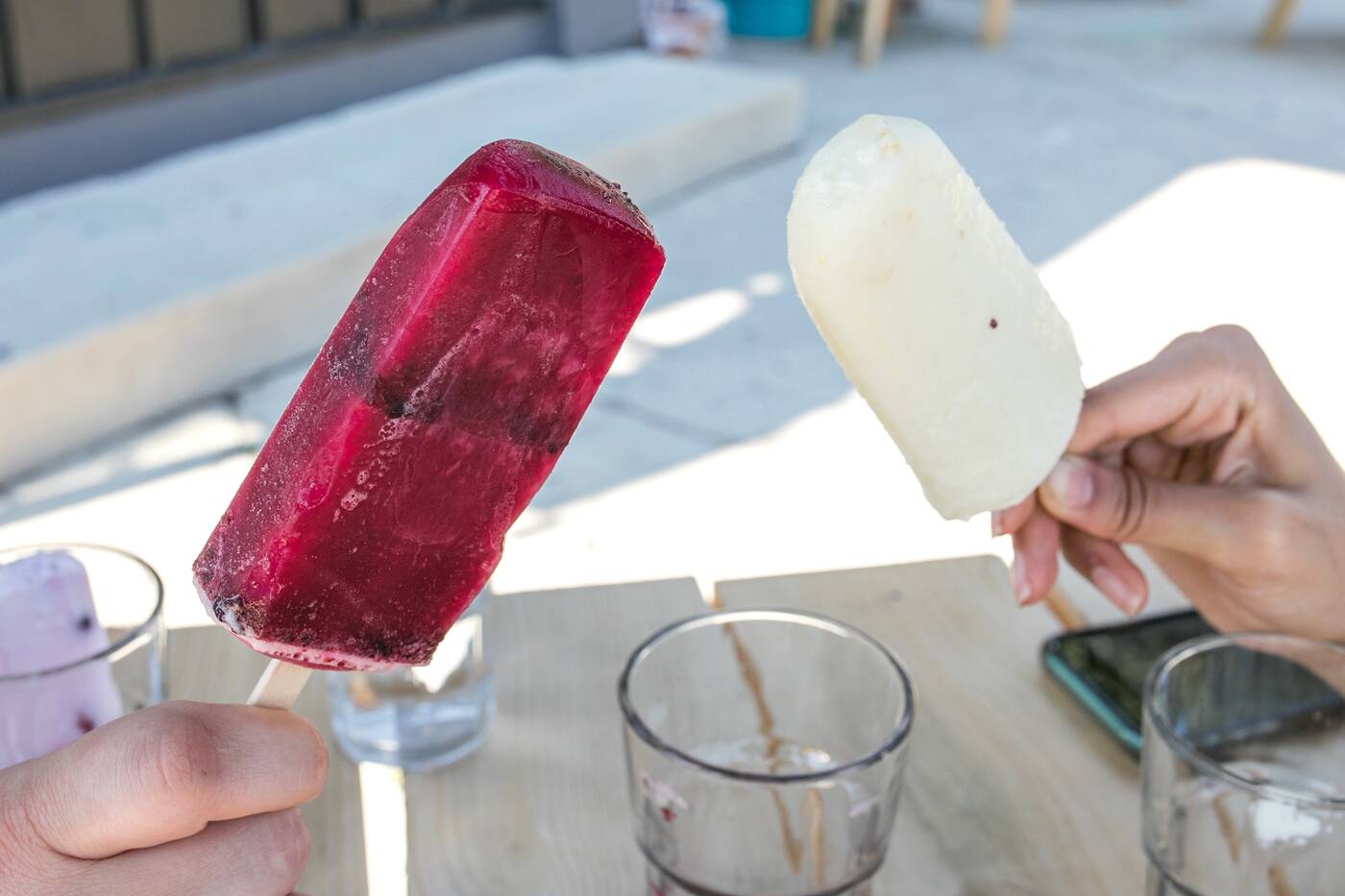 A pina colada variety is made with pineapple, coconut milk and shredded coconut for a flavour resembling the cocktail. 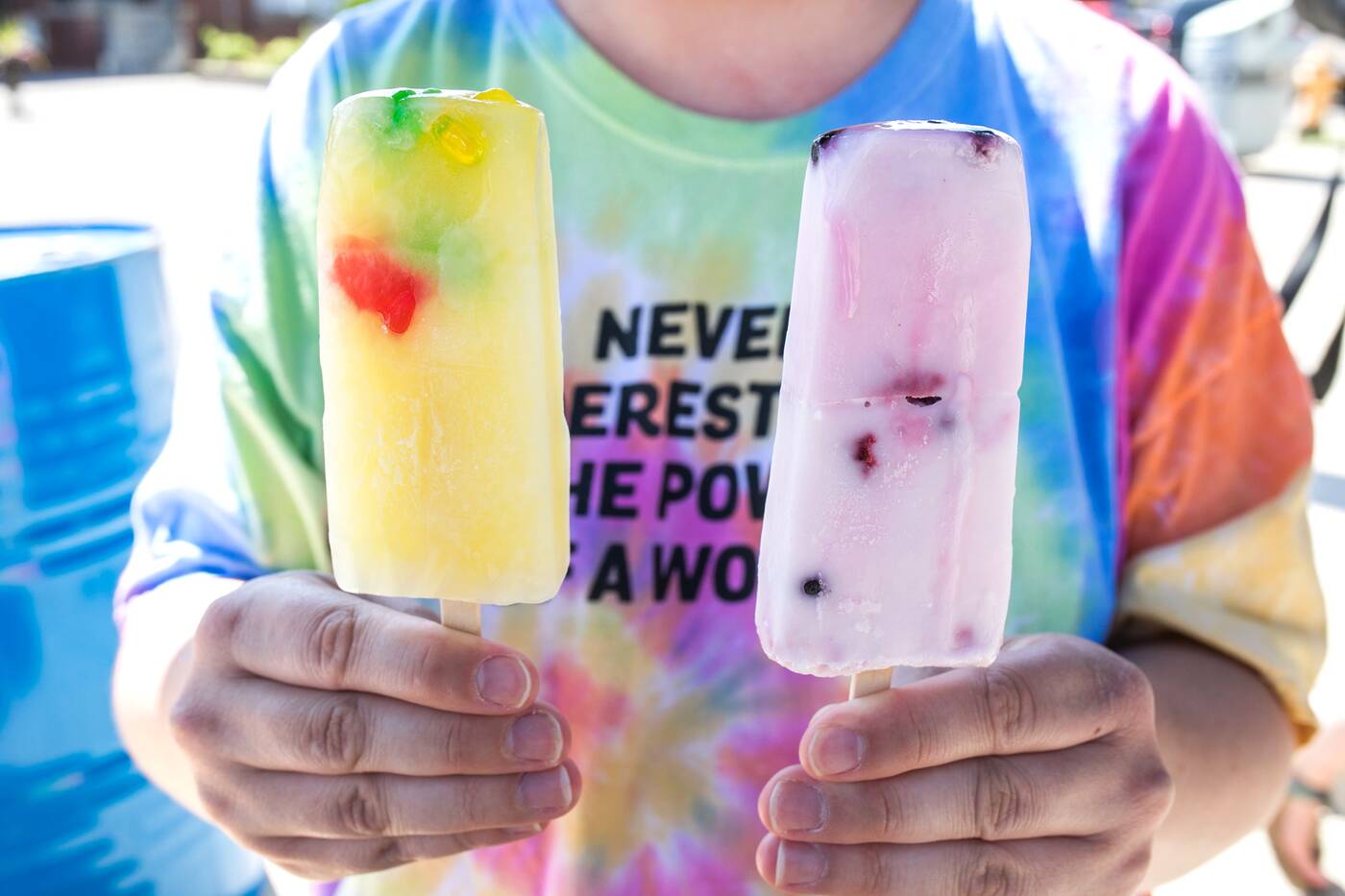 A gummy bear lemonade pop is today's "Party Soul Pop," one variety which usually has some kind of candy in it. Tart house lemonade balances out the sweet processed gummy bears.

There's also usually at least one "Creamy Soul Pop" on the menu, today's is a yogurt kind with berries and honey that feels like a tangy frozen parfait. 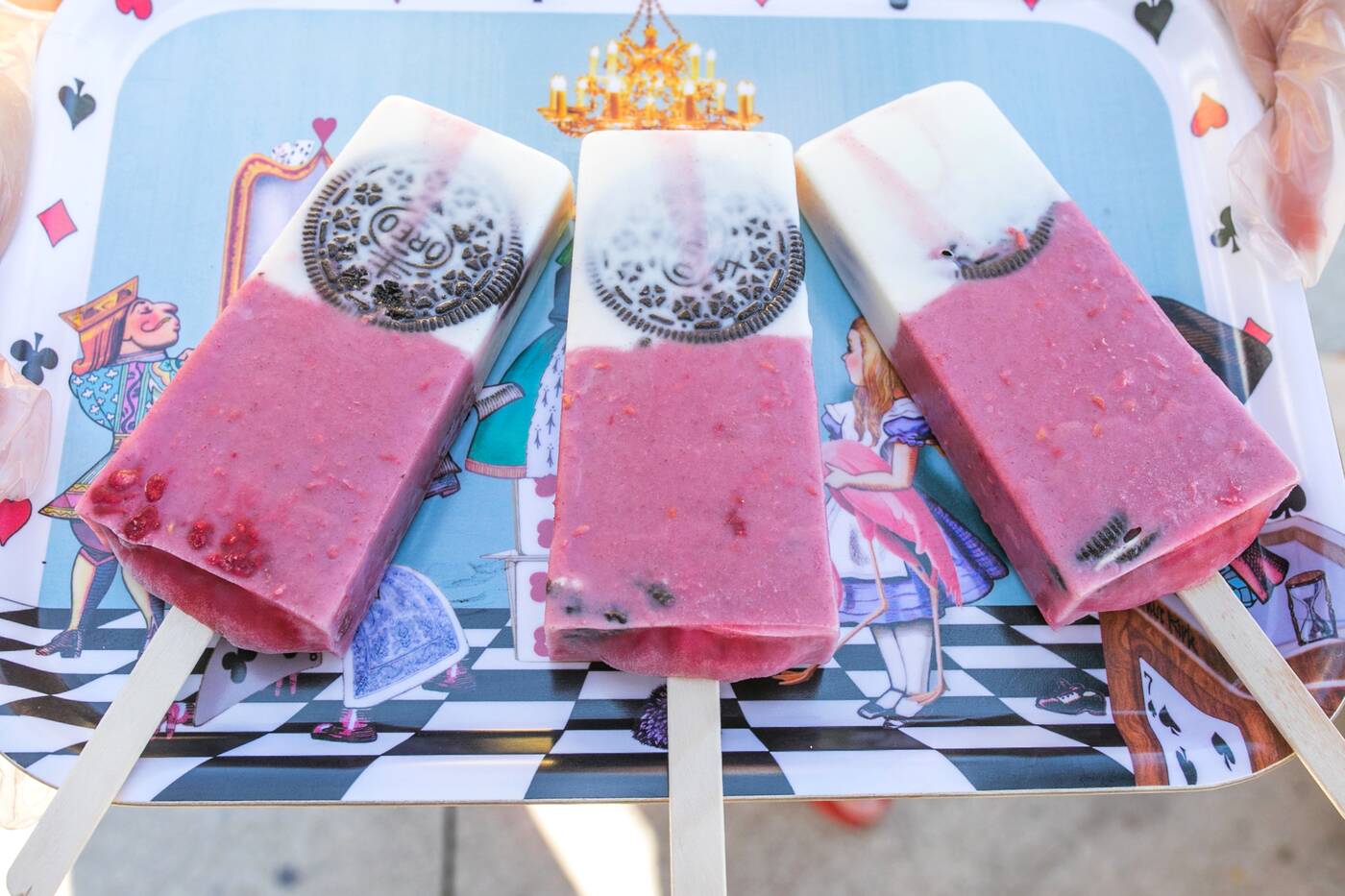 There's always a "Dramatic" pop too, today's is an Oreo raspberry. Tart natural raspberry is layered with half and half embedded with an Oreo for a cookies n' cream effect. 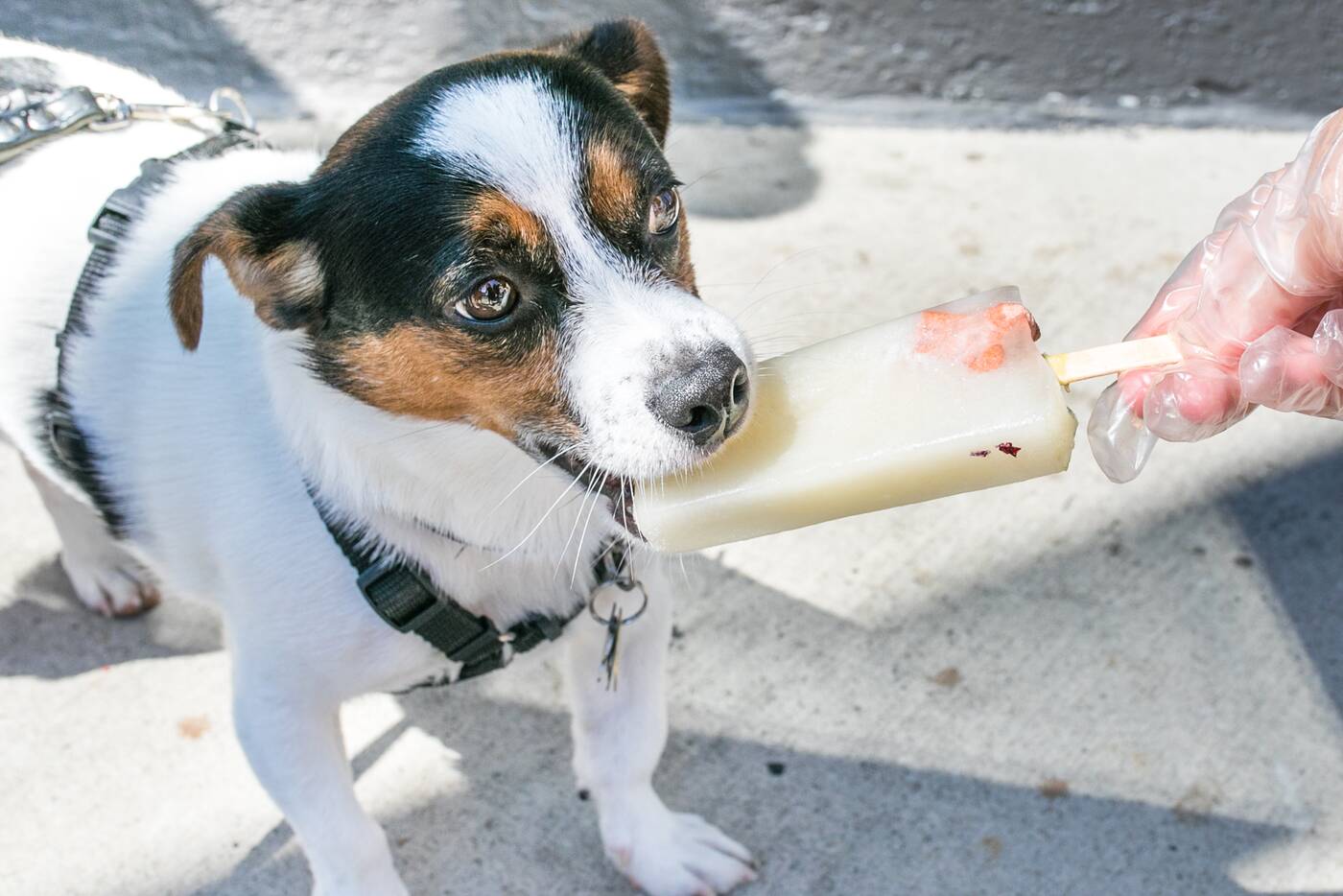 Complimentary "pupsicles" are available for dogs, made out of leftover high-end bone broth with a milk bone frozen inside. 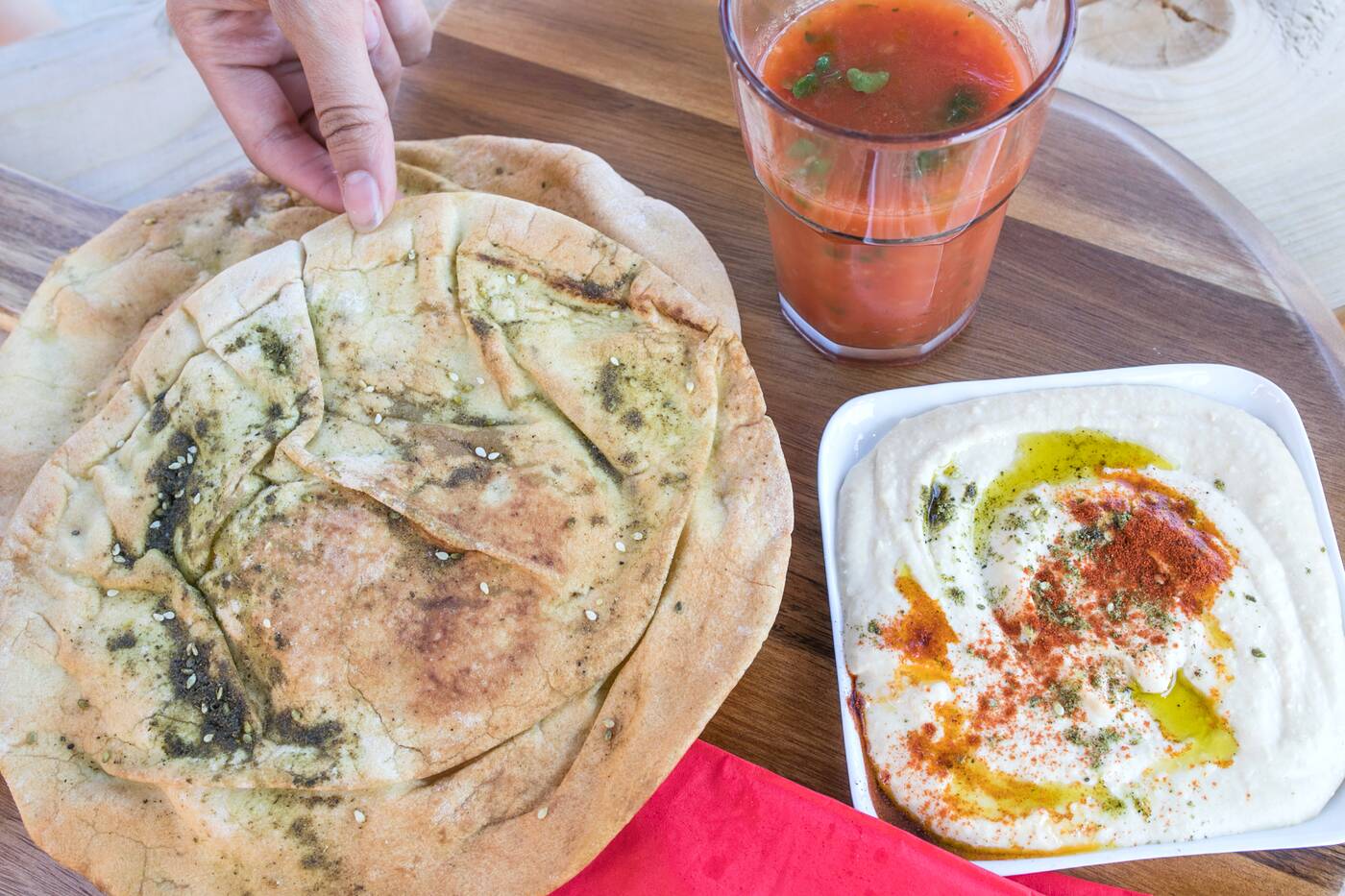 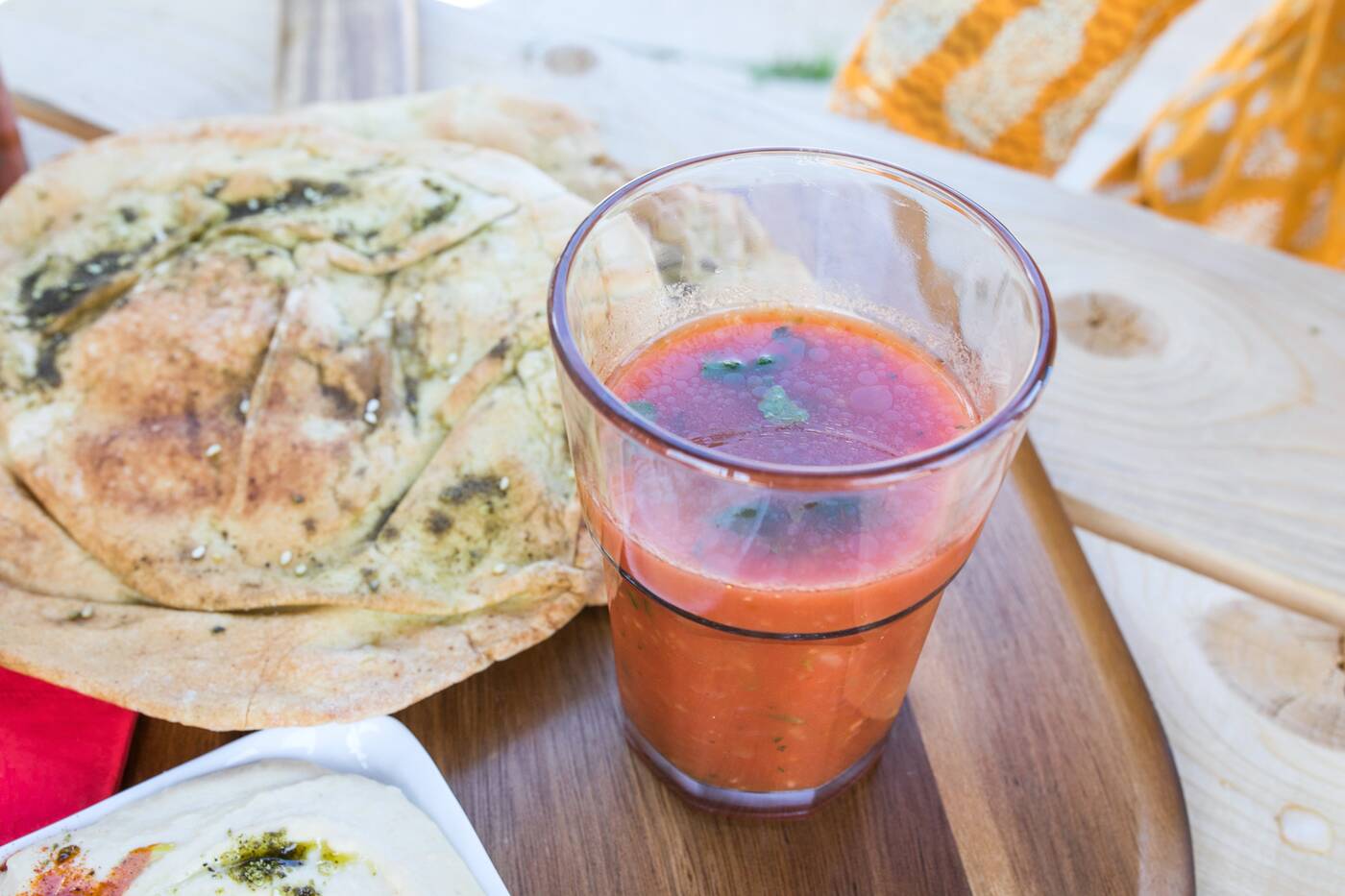 They also serve chilled soup for here ($4) in the summer, today's a thin but flavourful gazpacho of tomato, red pepper, cucumber, basil and microgreens.

Cocktail pops ($7.50) are essentially cocktails on a stick, frozen at a much lower temperature than a conventional freezer. 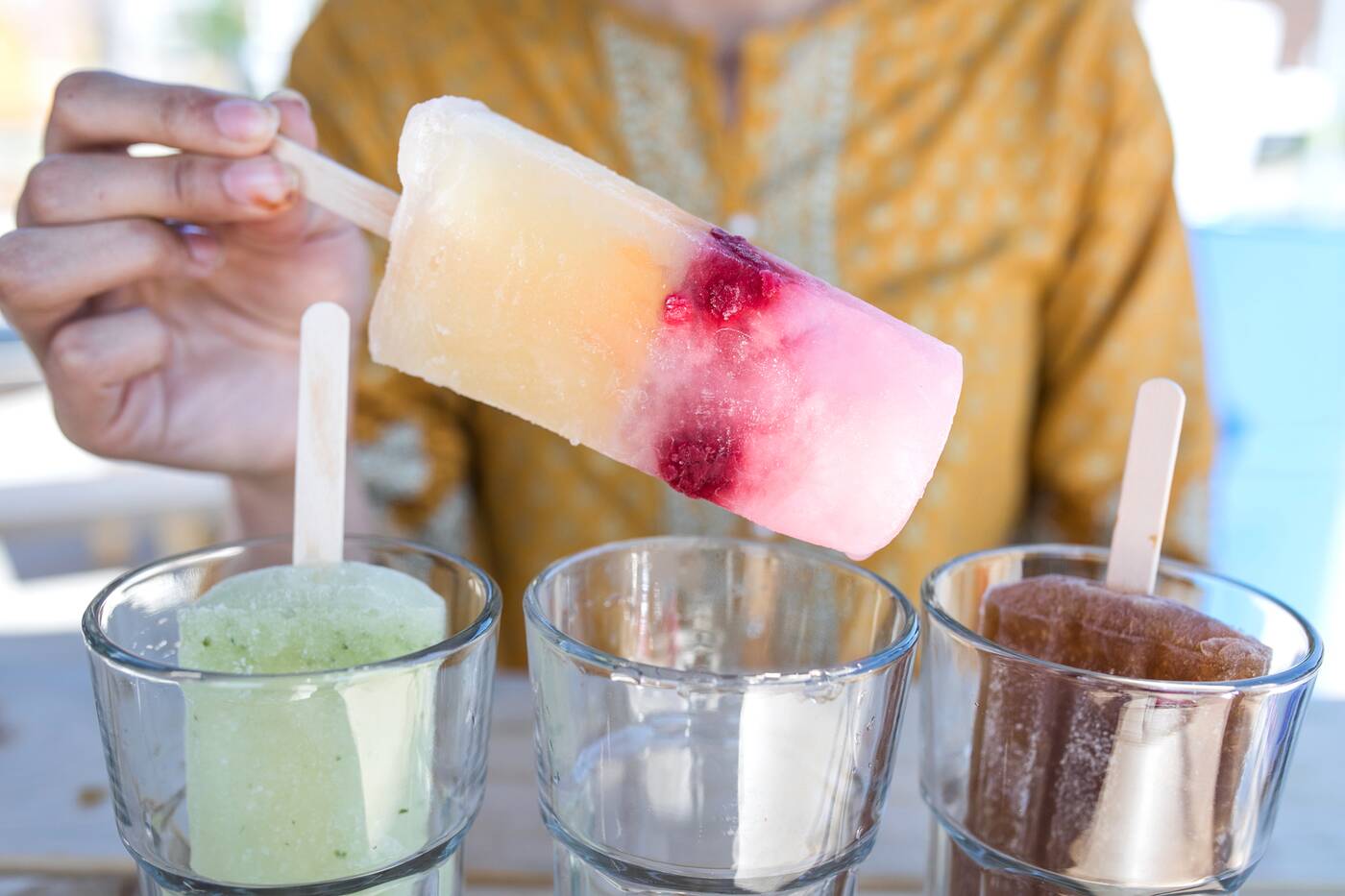 A sangria variety has rosé, sauvignon blanc, raspberry, other fruit and lots of lush wine flavour. 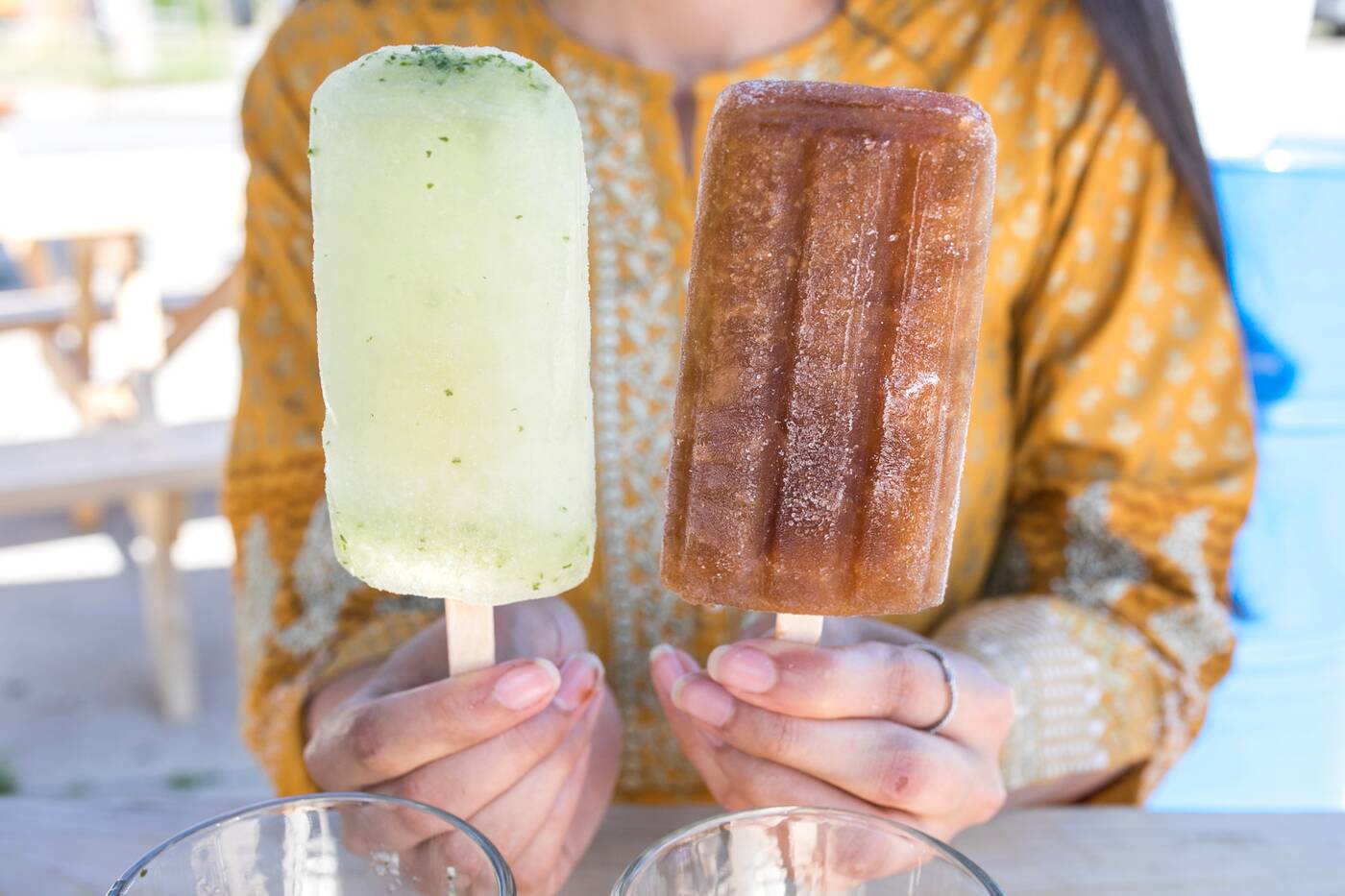 Another cocktail pop is straight Jack and coke, and another is a lighter combination of St-Germain, gin, cucumber and mint. 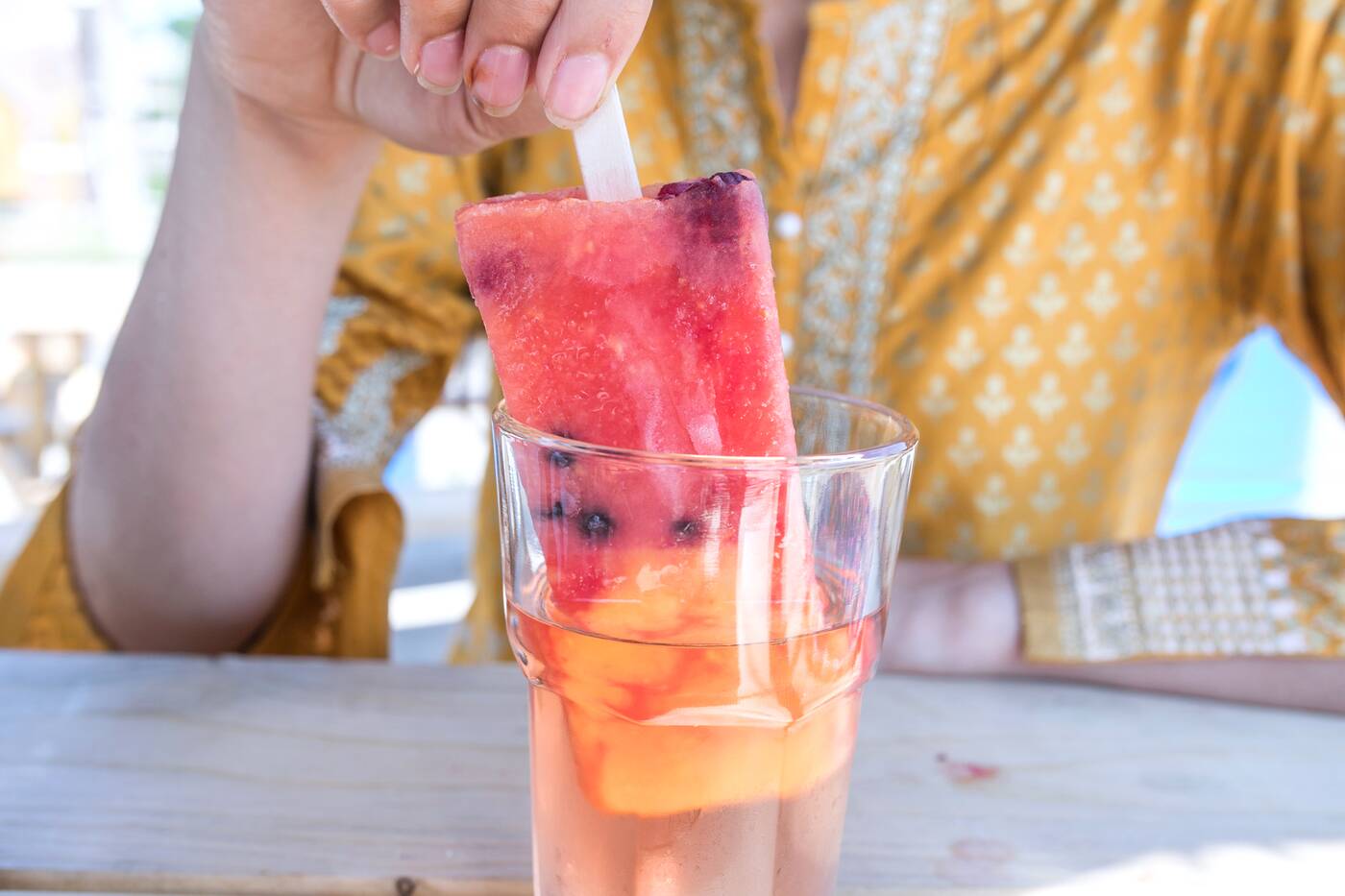 You can also do a "Pop and Dip" by adding a soul pop onto the price of a glass of wine for $2.50, for example, a dry Cotes du Rhone rosé and a mango raspberry blueberry pop. 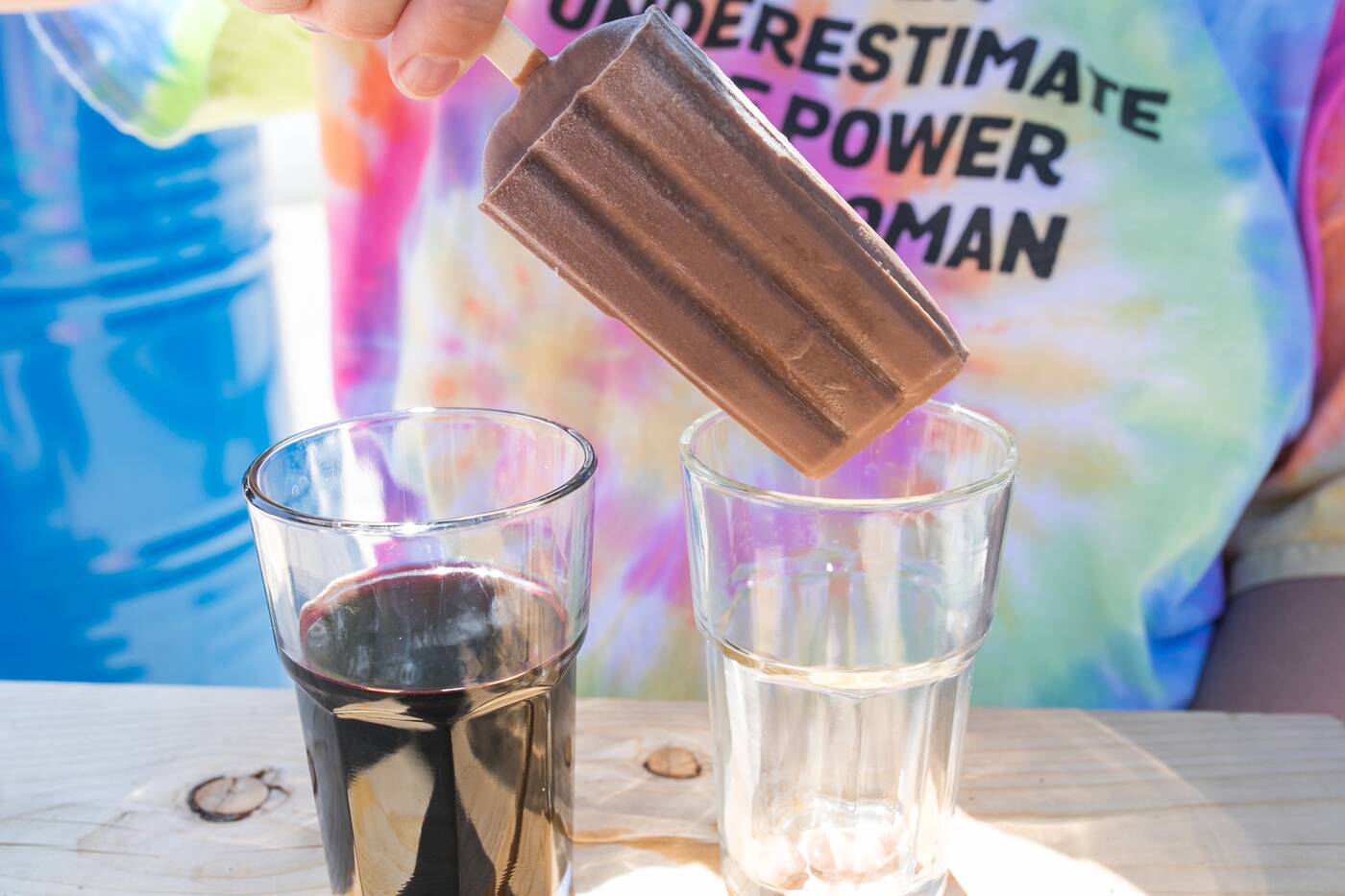 They use Ghirardelli chocolate to make their own version of a Fudgesicle, which is rich and creamy paired with warming red wine. Dipping only alters the flavour of the pop mildly. 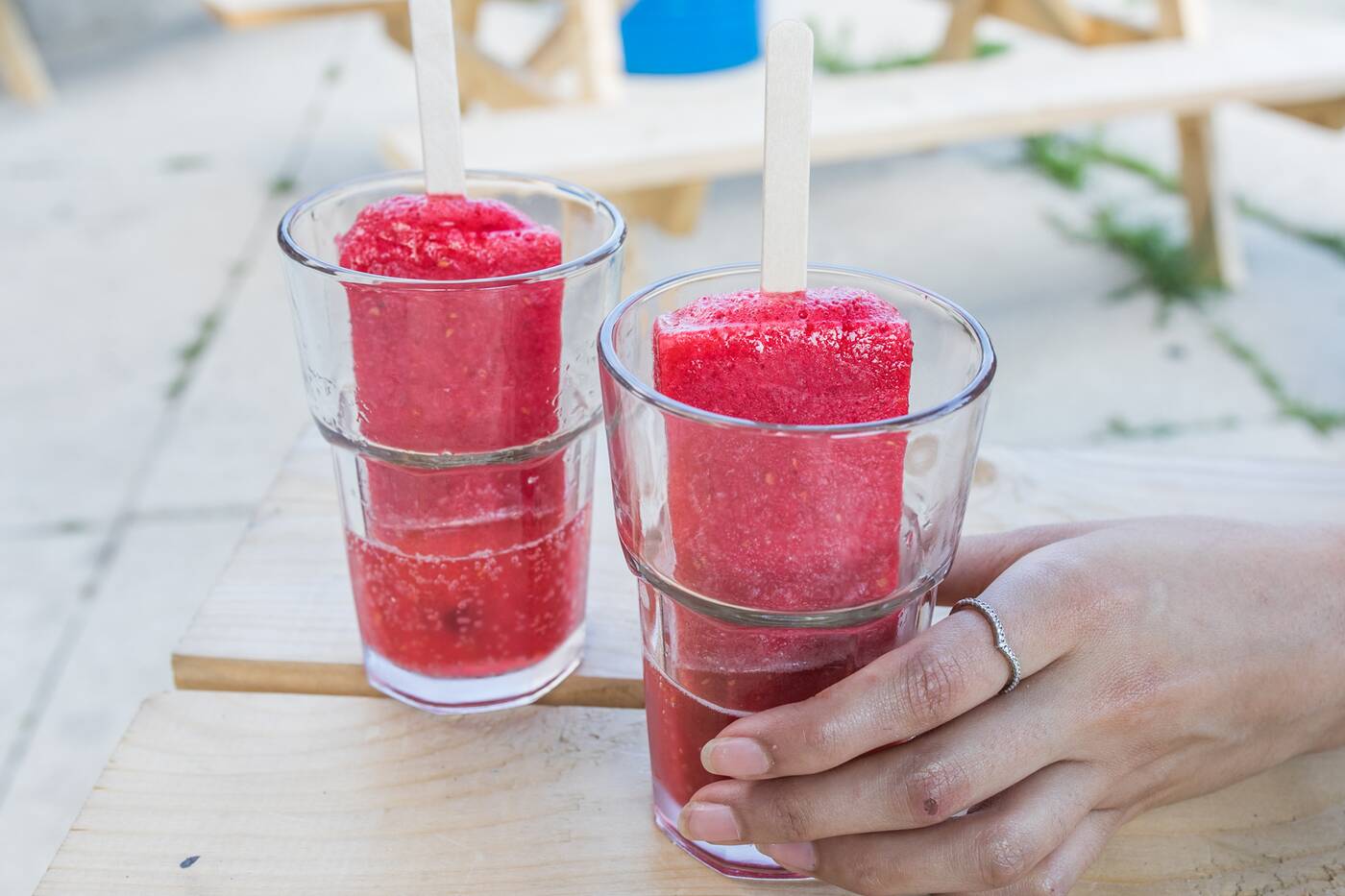 A sour raspberry lime pop served in a glass of prosecco is the ultimate summer refreshment. 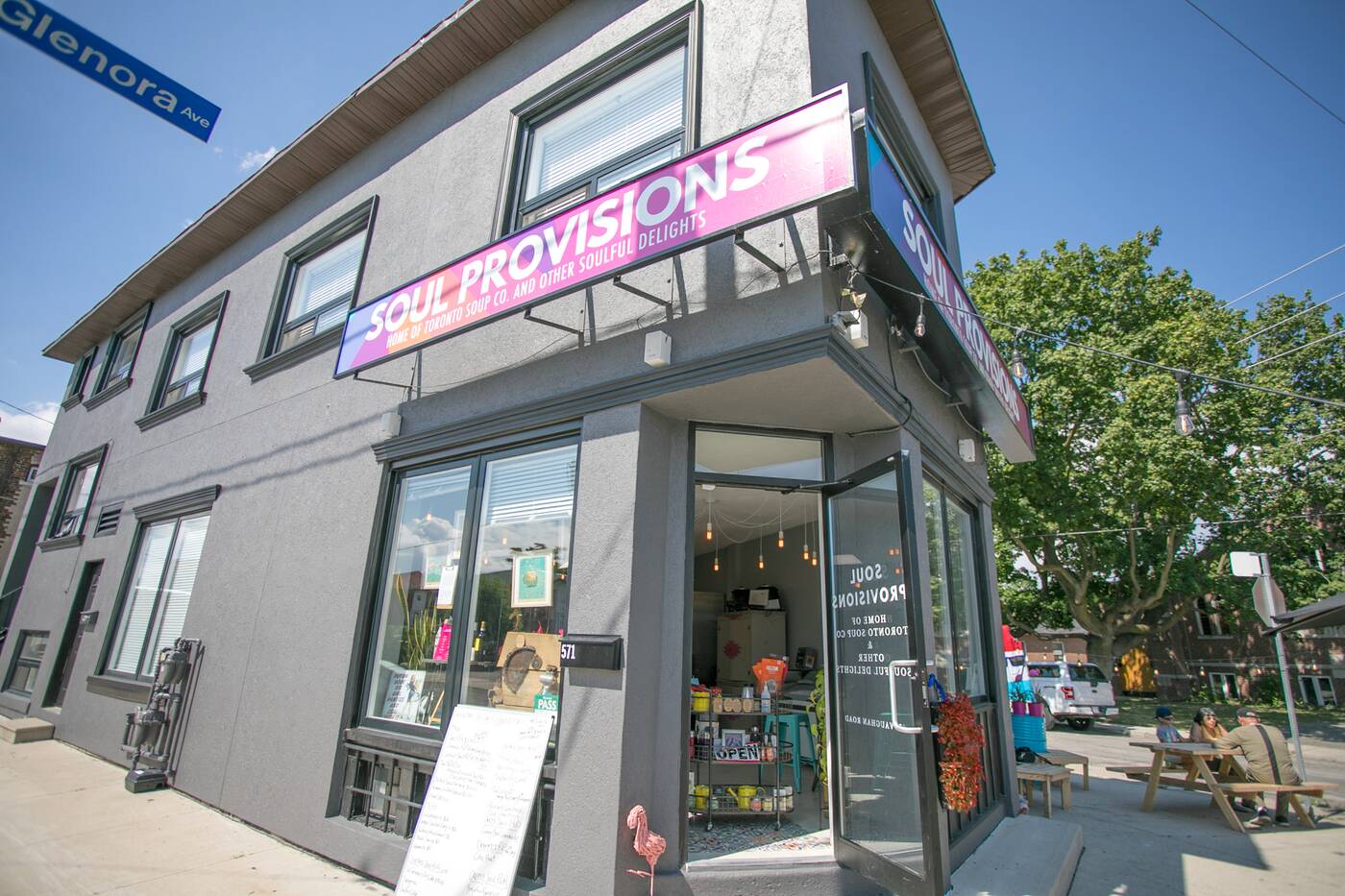 The Best Soup in Toronto