Vena's Roti has been winning over fans for more than 15 years, and it's easy to understand why. Everything is made fresh, the portion sizes are generous and the price is good too: everything is $6-9 (tax included).

The vegetarians will be more than satisfied with the dozen veg options with fillings like squash, chick peas, spinach and eggplant, not to mention potato, mushrooms okra and more. But the carnivores will be happy too, with lots of beef, chicken, goat and seafood selections.

There are rice selections too, including a good value special offering goat and veggies with rice and a Coke for $5.99, but with a name like Vena's Roti and a big sign saying "Best Roti in Town," the choice of what to order is clear.

I ordered the goat with okra and potato roti and was immediately impressed by two things. One was the size: it was much bigger than I had expected. I definitely felt like I was getting my money's worth, and I hadn't bit in. The other, once I cut my roti open, was just how much meat and okra there was. I half expected it to be loaded with potato and light on the other ingredients.

After digging in I was also impressed with the tenderness of the goat meat. That is not an easy thing to accomplish, as goat easily becomes tough. Vena's gets it right, though, and the generous, succulent chunks of meat easily broke apart with a plastic fork and practically melted in my mouth. The flavour from the goat nicely infused the whole roti, the okra was a nice touch, and the potato helped hold it all together and soak up the flavours.

The freshness of the roti was also apparent. It was very soft and chewy - in a very good way - and it came as no surprise when the man behind the counter told me he makes them fresh once the order is placed. 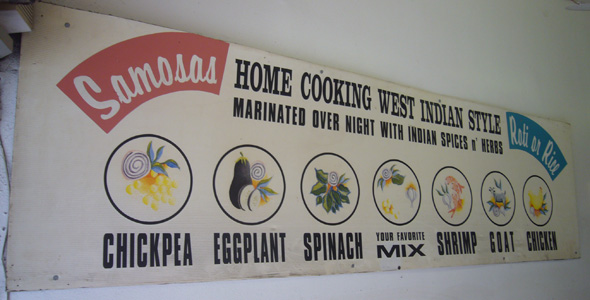 My dining companion was very excited to sample the mixed vegetable roti, which was loaded with super fresh and delicious veggies. It wouldn't have been a surprise to discover frozen spinach, since everything is stewed together anyway, but the individual bright green spinach leaves were obviously fresh that morning. The butternut squash infused a mild sweetness that was almost addictive. 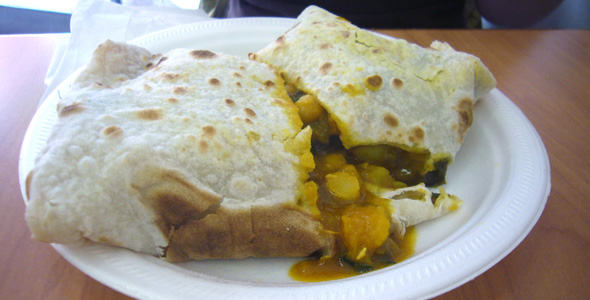 The freshness and the flavours tasted like we could have been in the West Indies as easily as on this busy stretch of Bloor West, near Lansdowne. The hole-in-the-wall feel helped with that notion, and the fact you have to wait a few minutes (5? 10? certainly not more) for your order to be prepared. 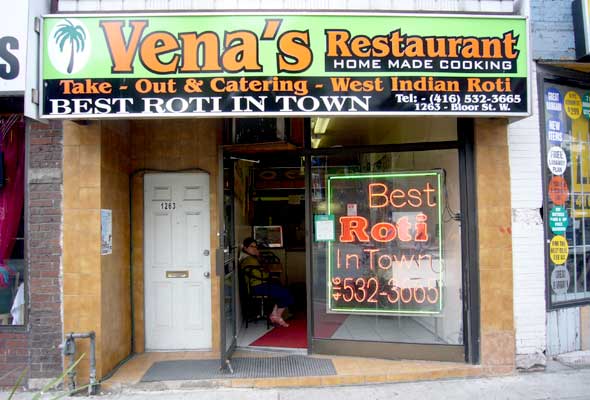 I'd really like to find something wrong or that I could criticize. Perhaps I'd like mixed veggies with meat, but it's available for an extra fee, so I can't complain. They've got a big sign that says home cooking, and while it's nothing like the cooking at my home, it tastes like comfort food just the same. 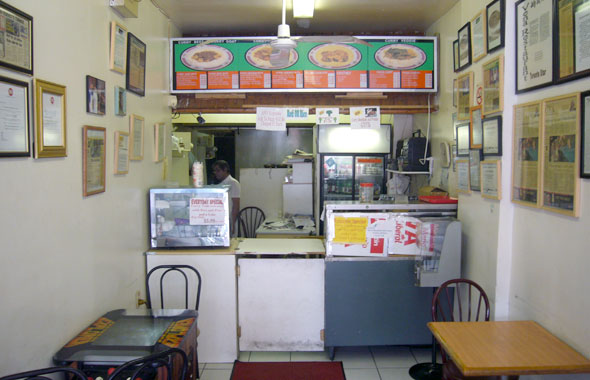