Valentina is the newest taco joint to open in Kensington Market, taking over the prime corner lot on Nassau that was most recently home The Bellevue . Owner Amaranta (Amy) Rios seized the opportunity when the tiny, two room spot became available and opened for business a mere three weeks after signing the lease. Prior, she was an instructor at a Mexican university teaching the theory and practice of Mexican cuisine. 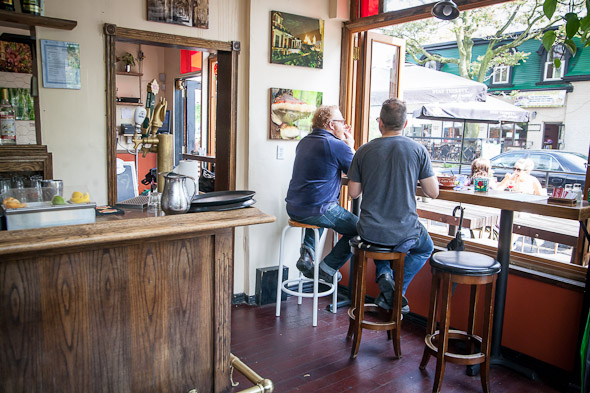 The menu is a melange of new and old recipes prepared by ex- Milagro chef, Edwardo Victoria. Listed on one side there's ceviches, tostadas and guacamole all priced under 10 bucks, but it's the tacos on the opposite side that I'm most interested in considering the serious hankering I've developed since writing up the the recent results of Toronto's best tacos . 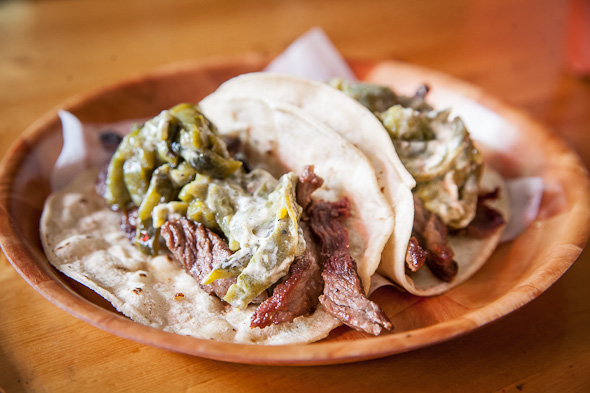 Prices here are on par with the rest of neighbourhood considering they come two per order and boast produce sourced from local farmers and hormone, antibiotic-free meat. Roasted poblano tacos ($9) come laid over morsels of rib-eye steak that are charred at the tips and topped with salsa. 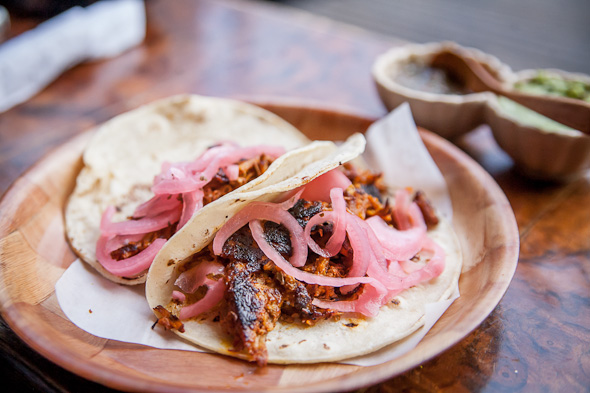 I skip the tempting Pescado Frito ($8.50) and opt instead for the Rabbit and Chocolate ($8.50), which Rios claims is her favourite. The rabbit isn't saucy as I had expected (I was picturing stewed meat), but that's no problem. The torn meat is juicy and flecked with blackened chocolate crust then topped with pickled shallots. 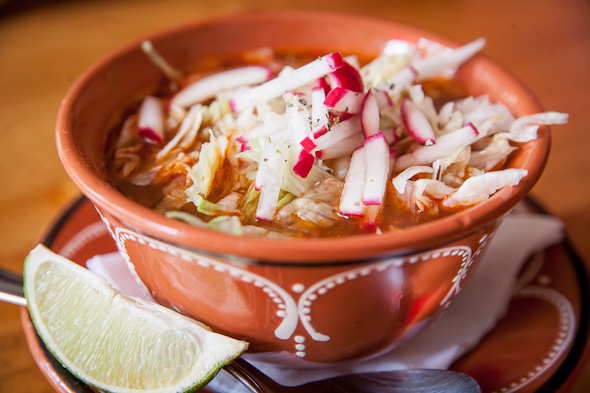 The interior is modest and cozy with limited seating, the best being the window-facing bar stools that offer the perfect vantage point for people watching and a spot to enjoy a bowl of pork and corn Pozole ($7.50), an Aztec soup garnished with fresh radish, lettuce and onion. 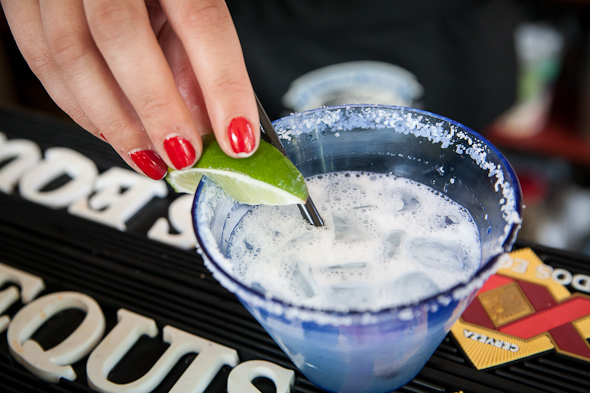 Of Kensington Market taquerias, Valentina is the richest in patio real estate. And given that it's licenced, thankfully there's beer (Dos Equis and Blanche De Chambly on tap), tequila, sangria and cocktails like Lime Margaritas ($7.75). Big points! For this alone (and of course stellar meaty tacos) I'd totally be surprised if Valentia doesn't make the Best Of list next time it's polled. 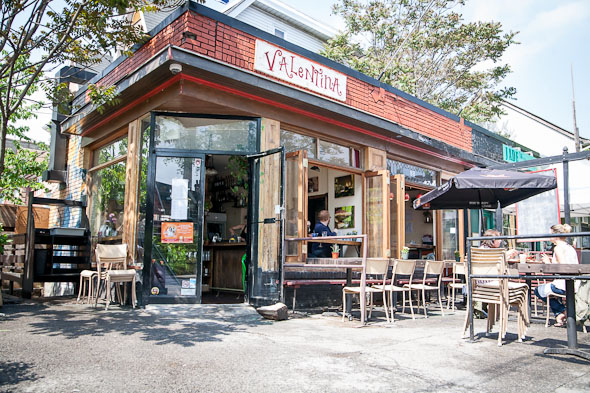