Upper East Food Club is a food hall that brings Asian-inspired cuisines like decked out baos, rice boxes, sushi, milk tea and purple sweet potato desserts together under one roof in North York. 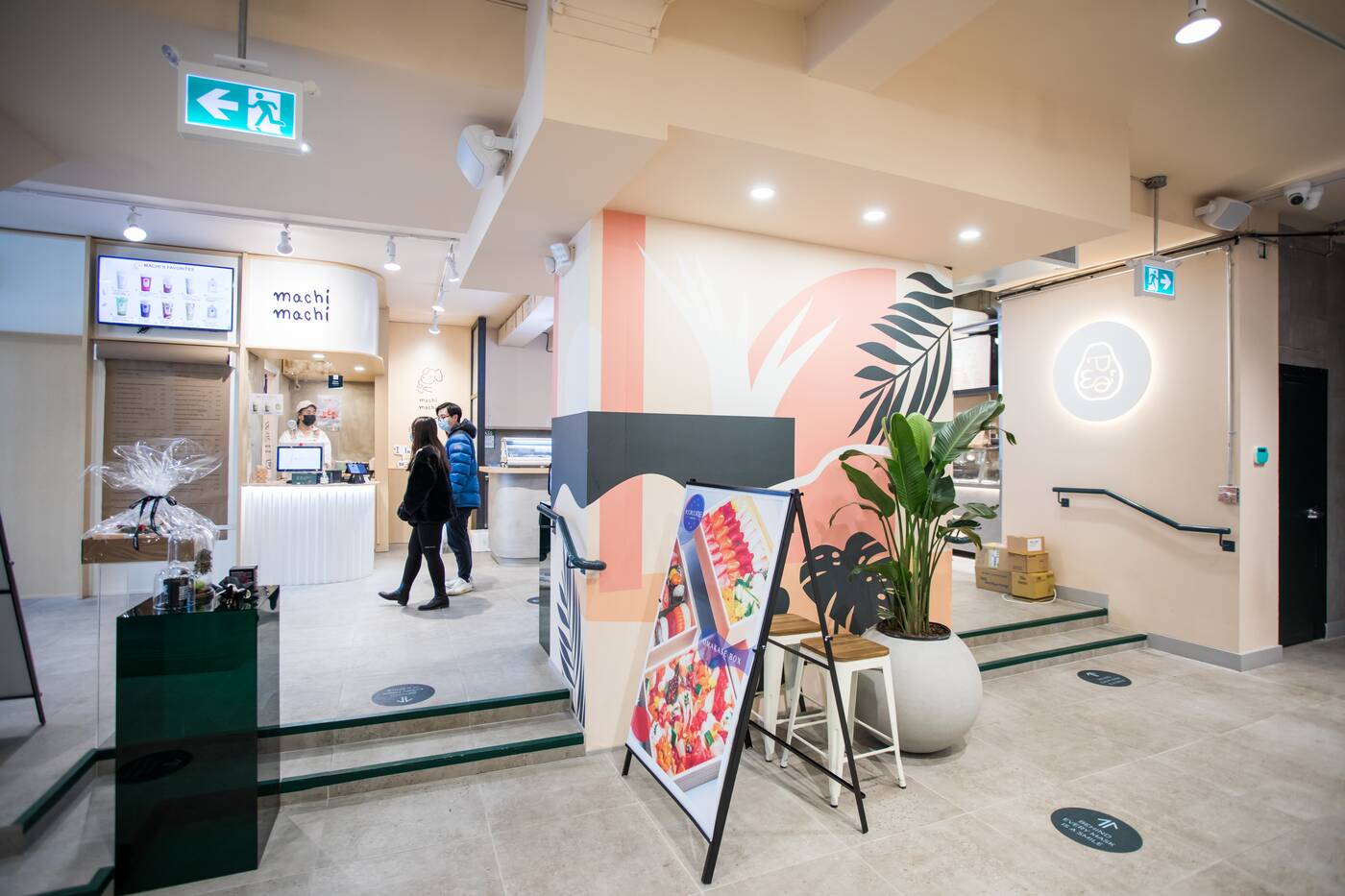 The world-famous Taiwanese boba chain, Machi Machi offers a number of aesthetic two-layered drinks including freshly pressed and milk teas that come in the cutest bottles. 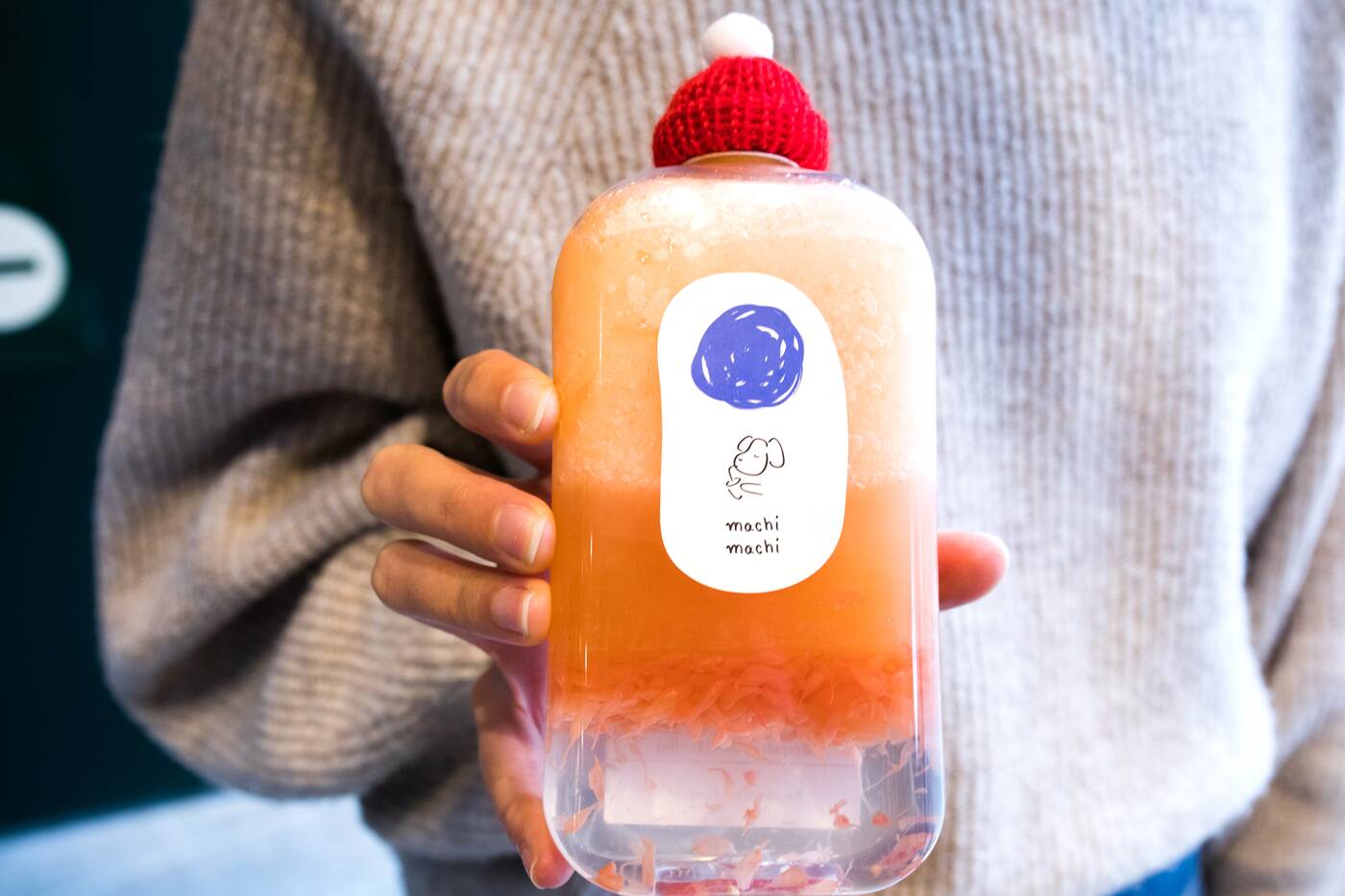 Cafe Bora is the food hall’s sweet spot. The brand, which has one other Toronto location in Yorkville, as well as in Thailand and L.A., is known for its purple sweet potato desserts. 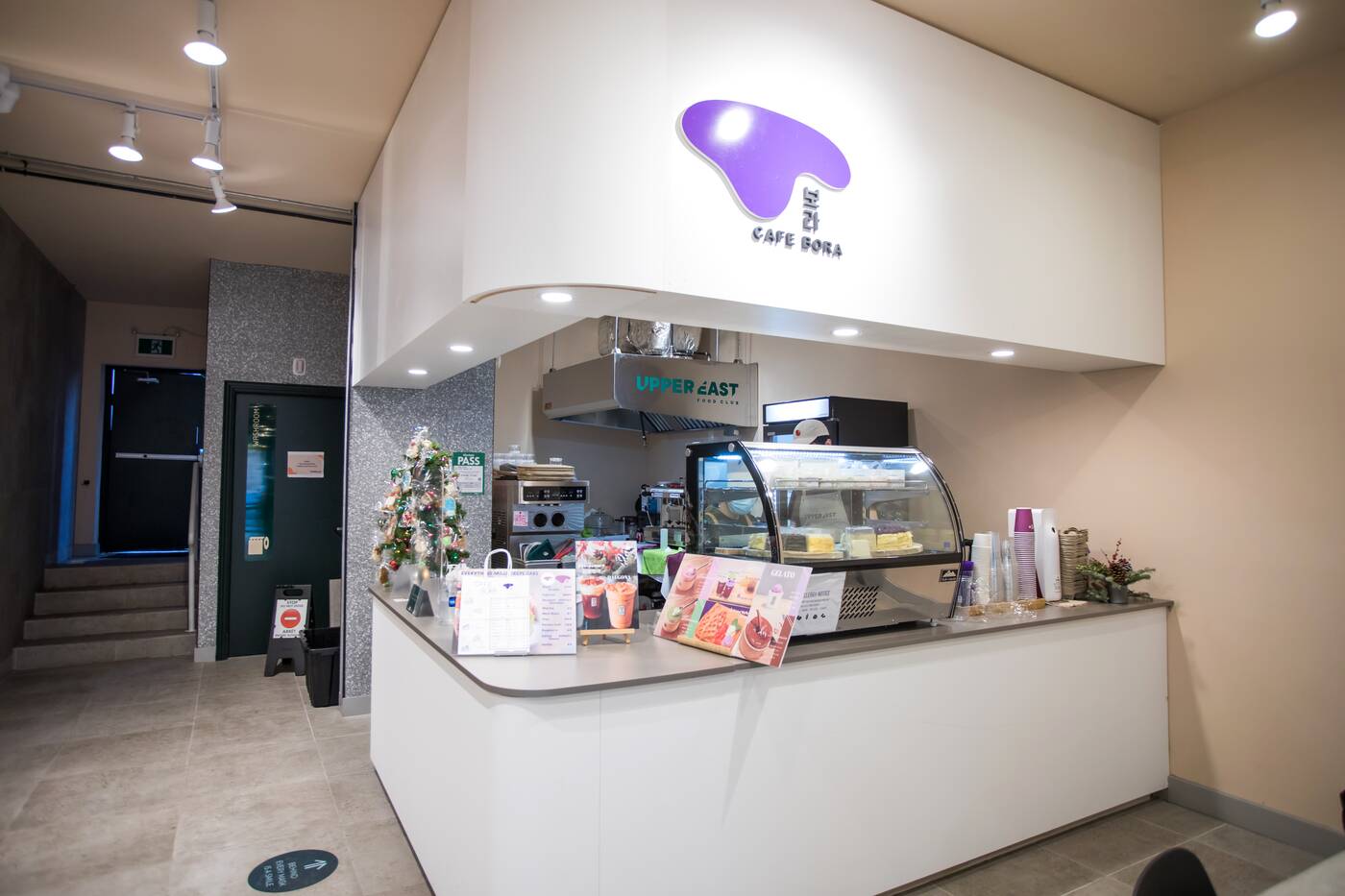 Their purple yam ice cream is made with no artificial colouring, but instead gets its colour and subtle sweetness from the simple recipe of milk, condensed milk and sweet potatoes. 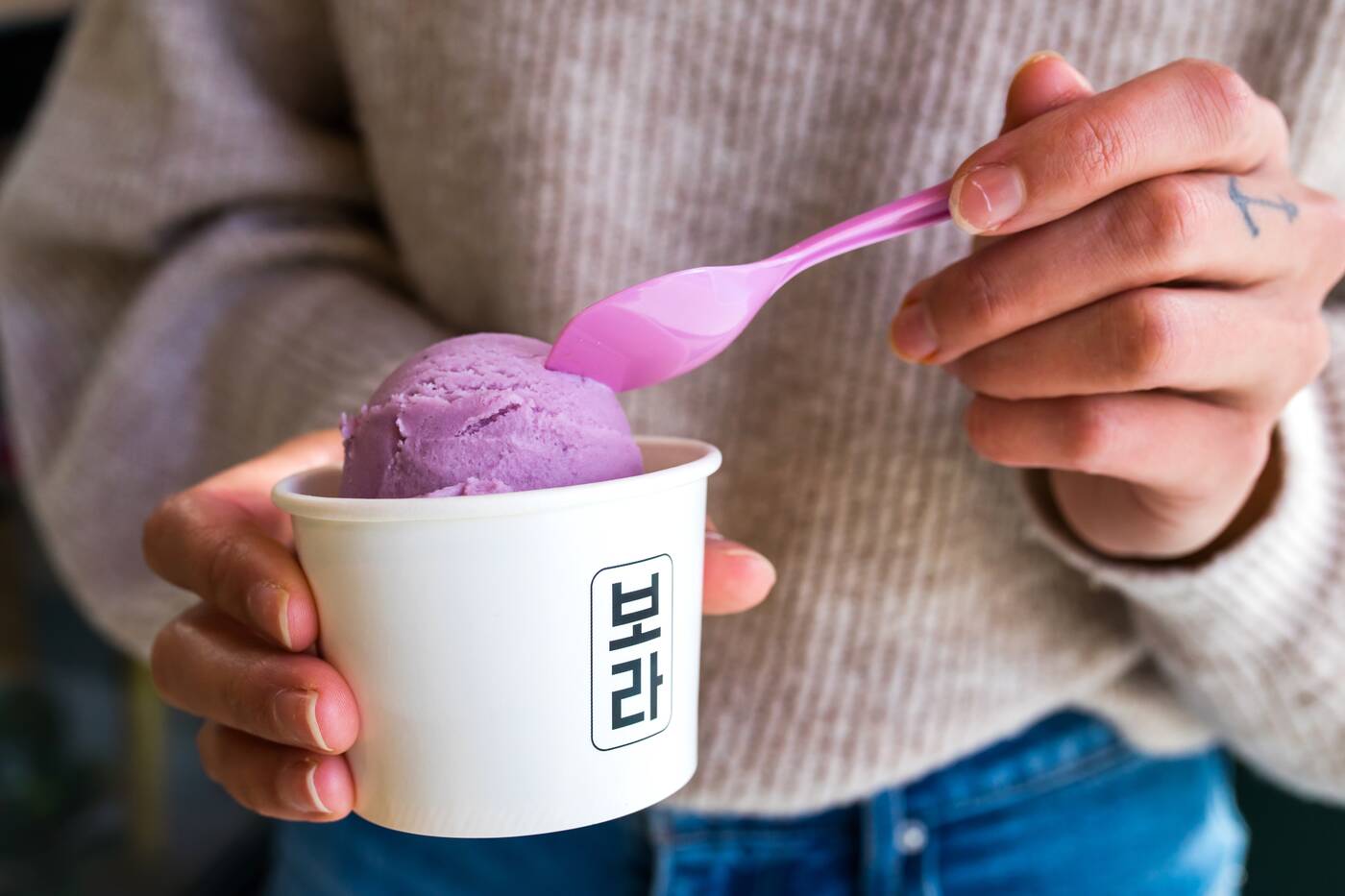 There's a layered cake that's also made with the purple sweet potatoes that are actually shipped from a farm in Korea. 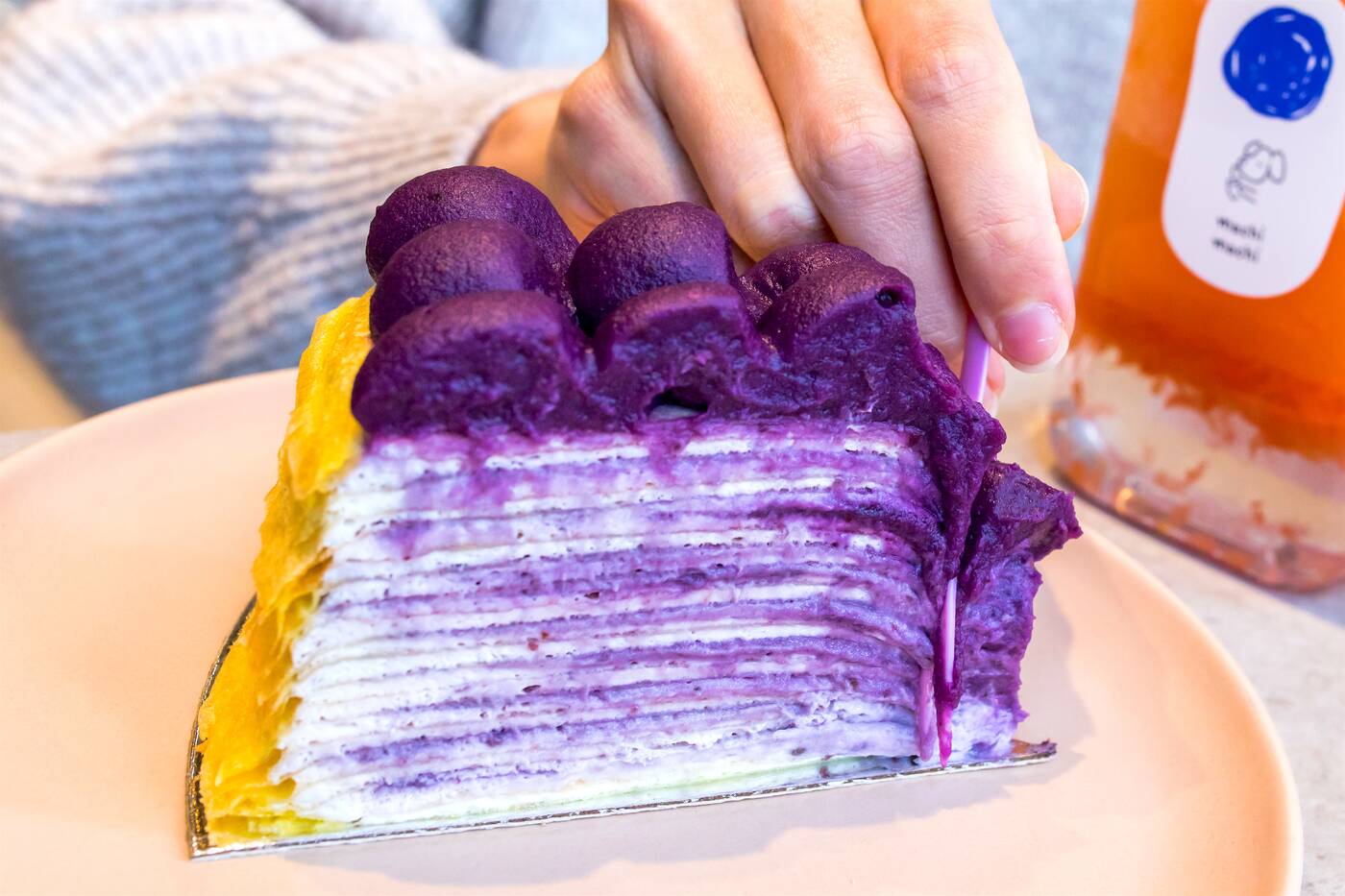 At Pear, the Chinese takeout stall that's run by the same owner as of the food hall and partner of the Kokome Sushi stall that's still in a soft-open, you'll find loaded steamed bao buns and rice boxes. 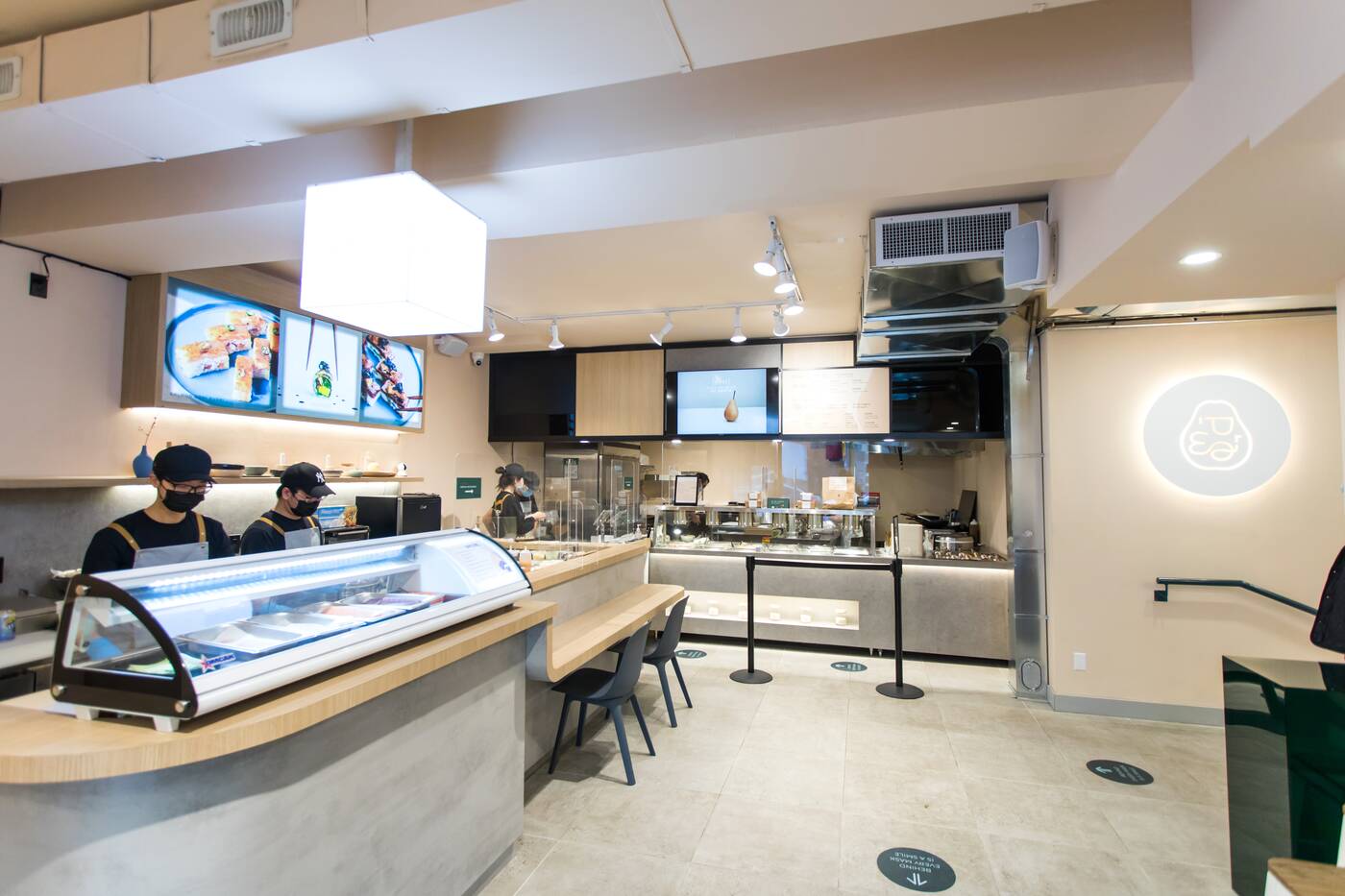 Going off the idea that great Chinese cuisine doesn't just have to be served in a fancy restaurant, all of the main and side dishes are on display cafeteria-style where you can pick and choose what you'd like to put in your bento-like box. 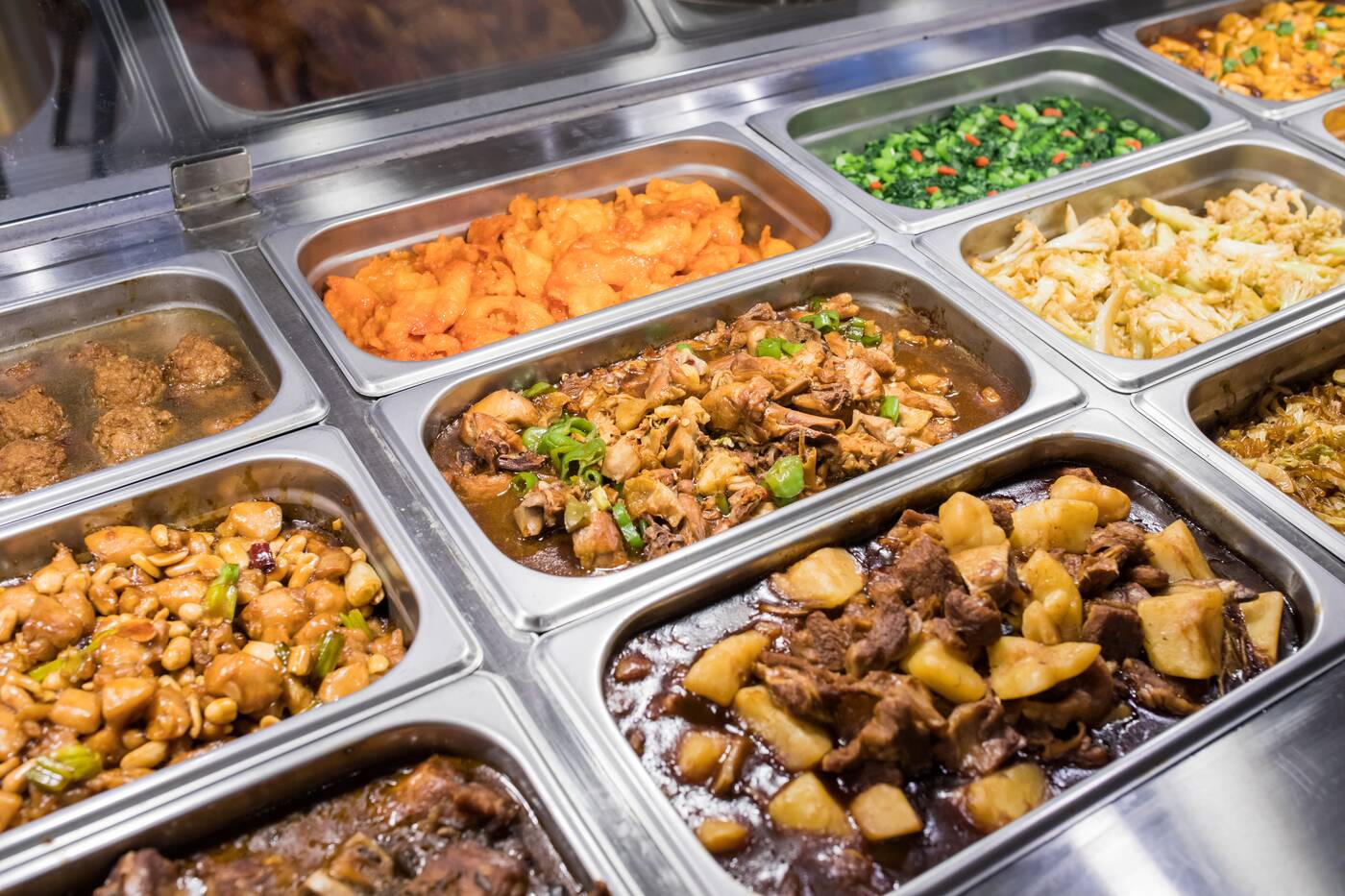 Every meal comes with one main and three different sides ($10.99 and $2 extra for two mains) so that you can try a variety of flavours. 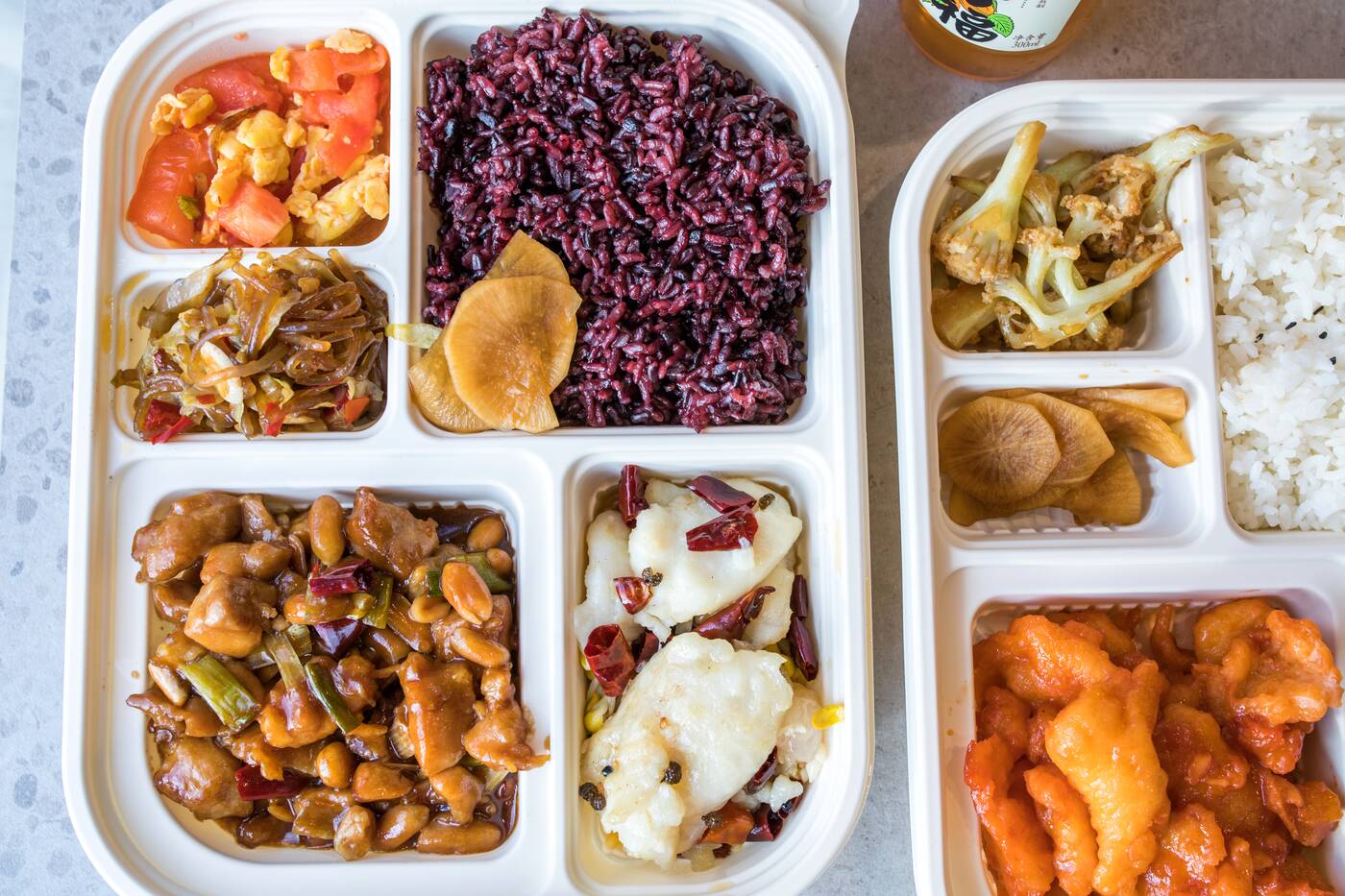 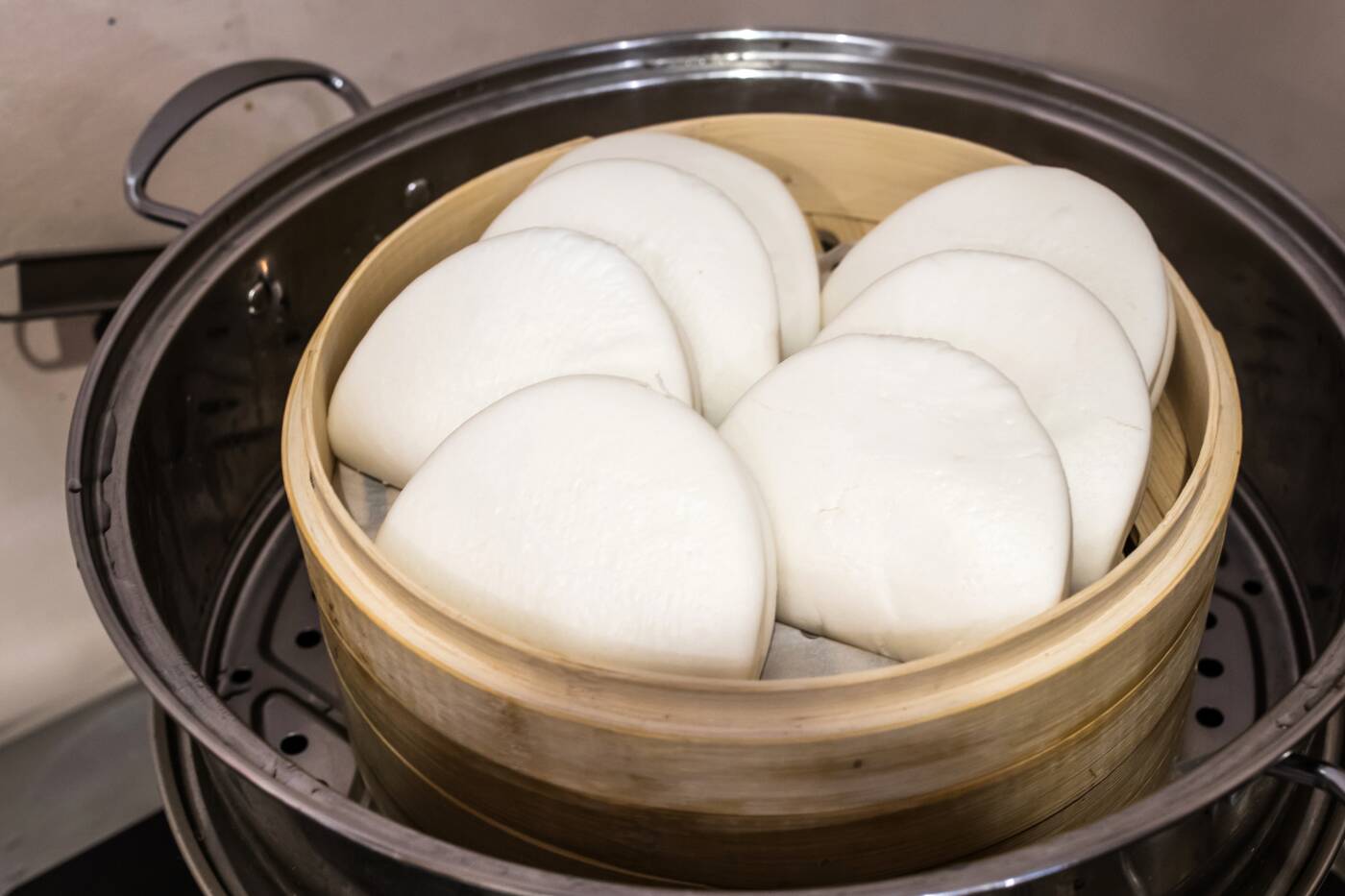 Fluffy and fresh bao buns are also steamed behind the counter in the open kitchen area in case you're wondering where that added sweet and doughy aroma is coming from. 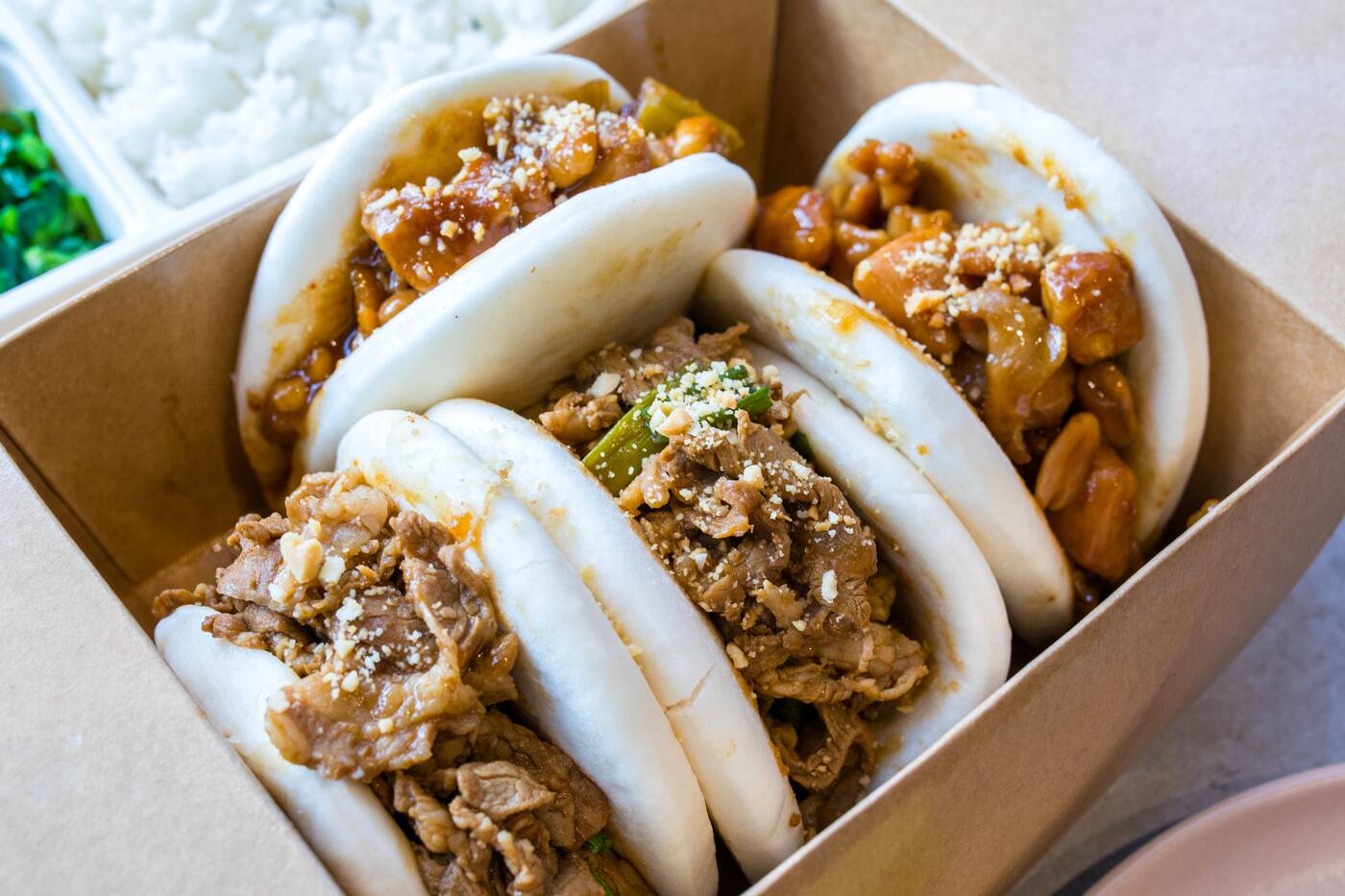 And although you can find boa buns at other spots around the city, their Duck Bao ($4 for two) is claimed to be one-of-a-kind.

Traditionally a popular Chinese dish in its own right, the duck, which requires a special oven, needs to be prepared and cooked in a separate kitchen. 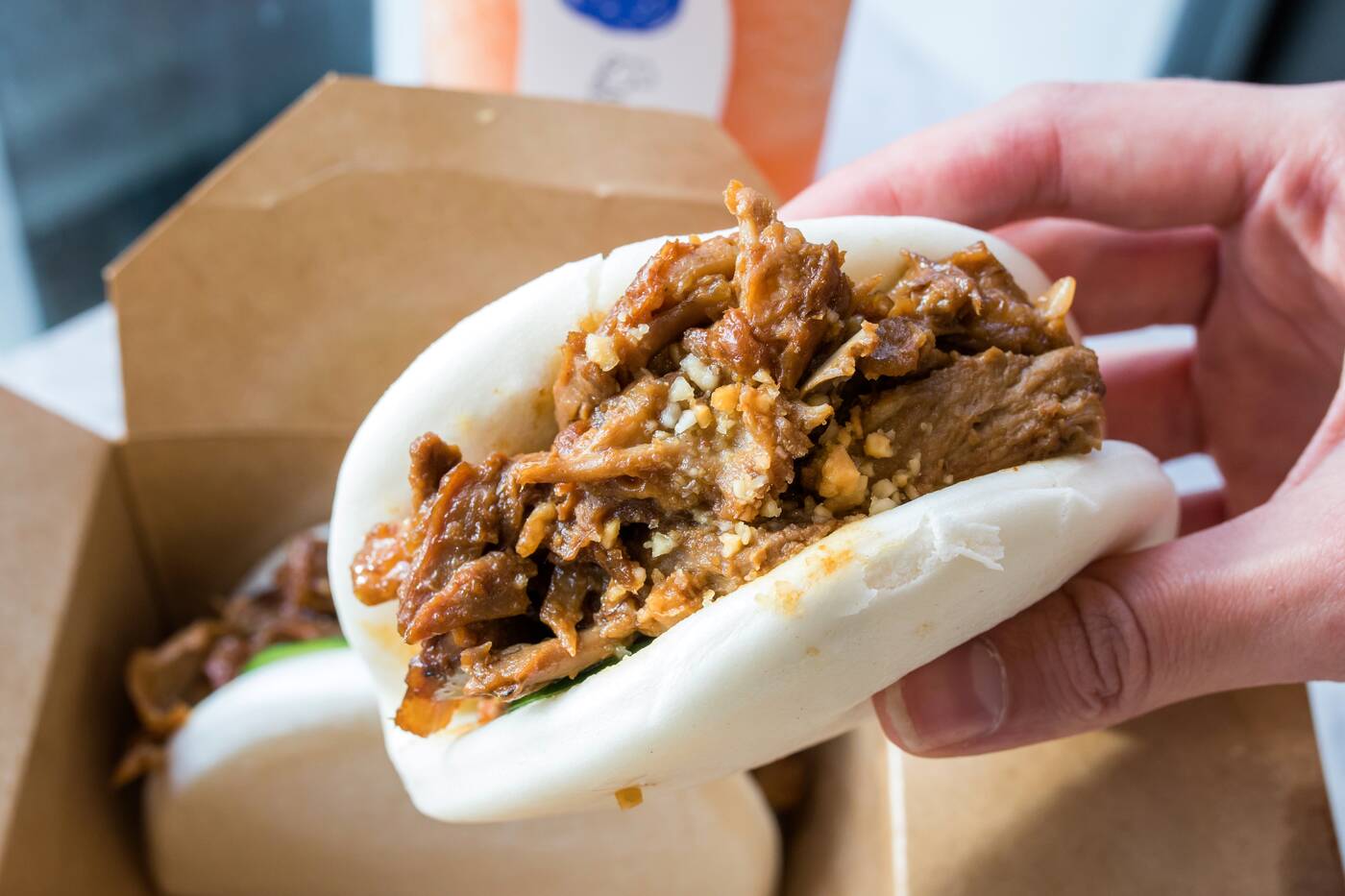 Seasoned in a special house sauce that's sweet with a classic Chinese flavour, it's then topped with peanuts, cucumbers and green onions for a fresh taste. 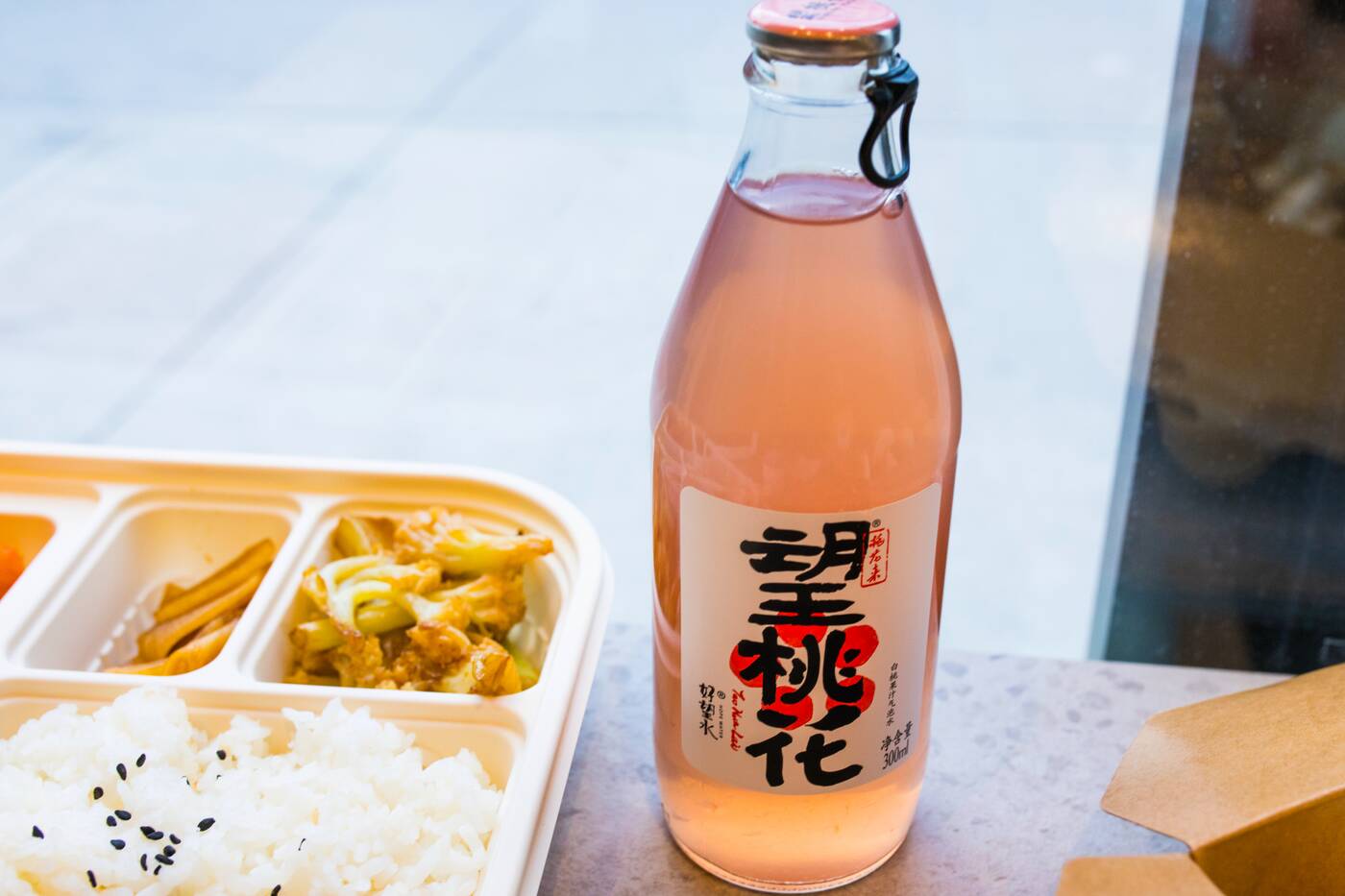 Pear's drinks are also imported from China. The one with the pink hue is peach and its name translates to "looking for love." There's also an apricot option. 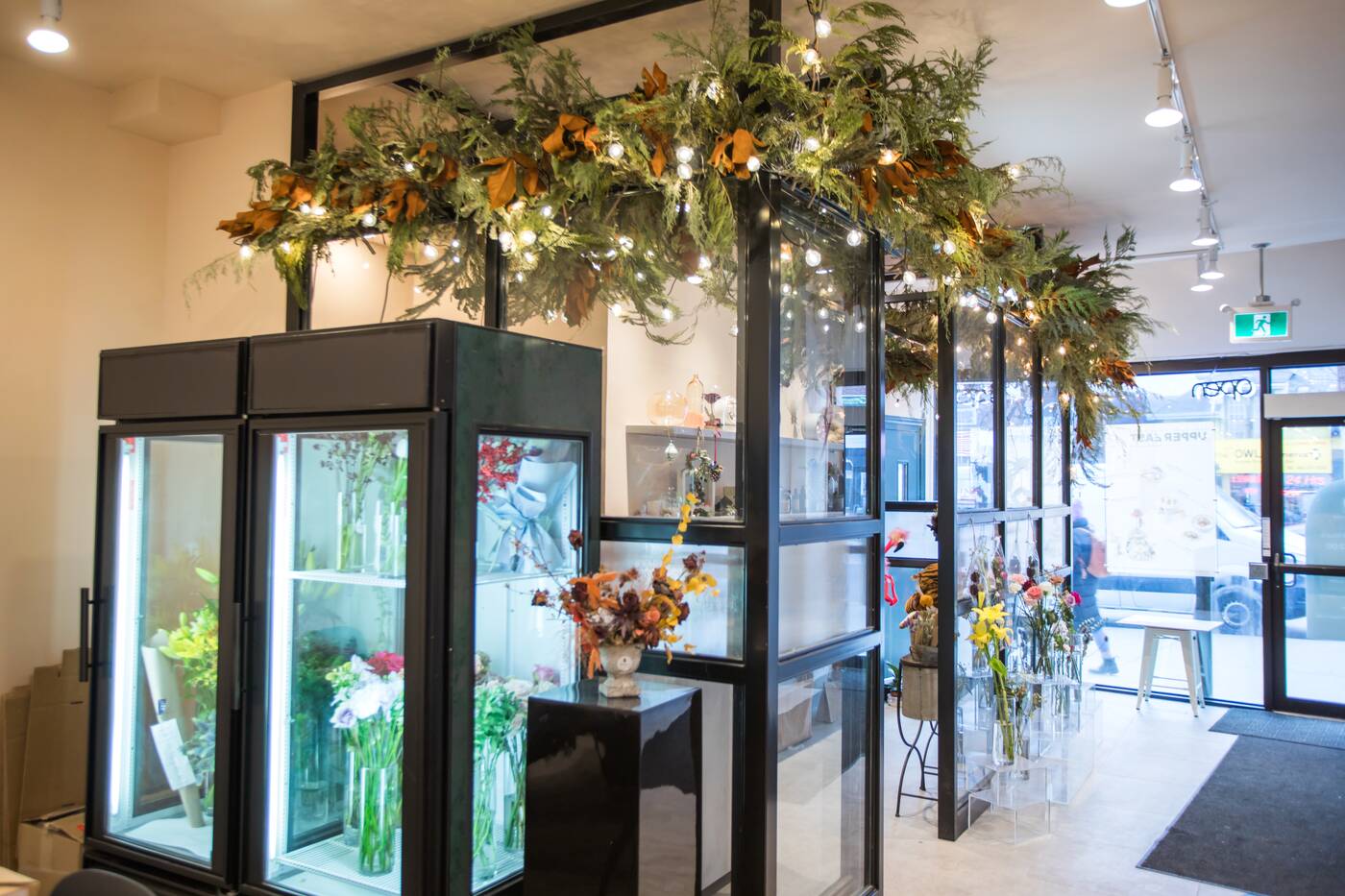 Food isn't the only thing you'll find here either. Alethea Flower Lab, a small flower shop, is set up at the front of the hall with flower bouquets and a bit of a gift shop inside. 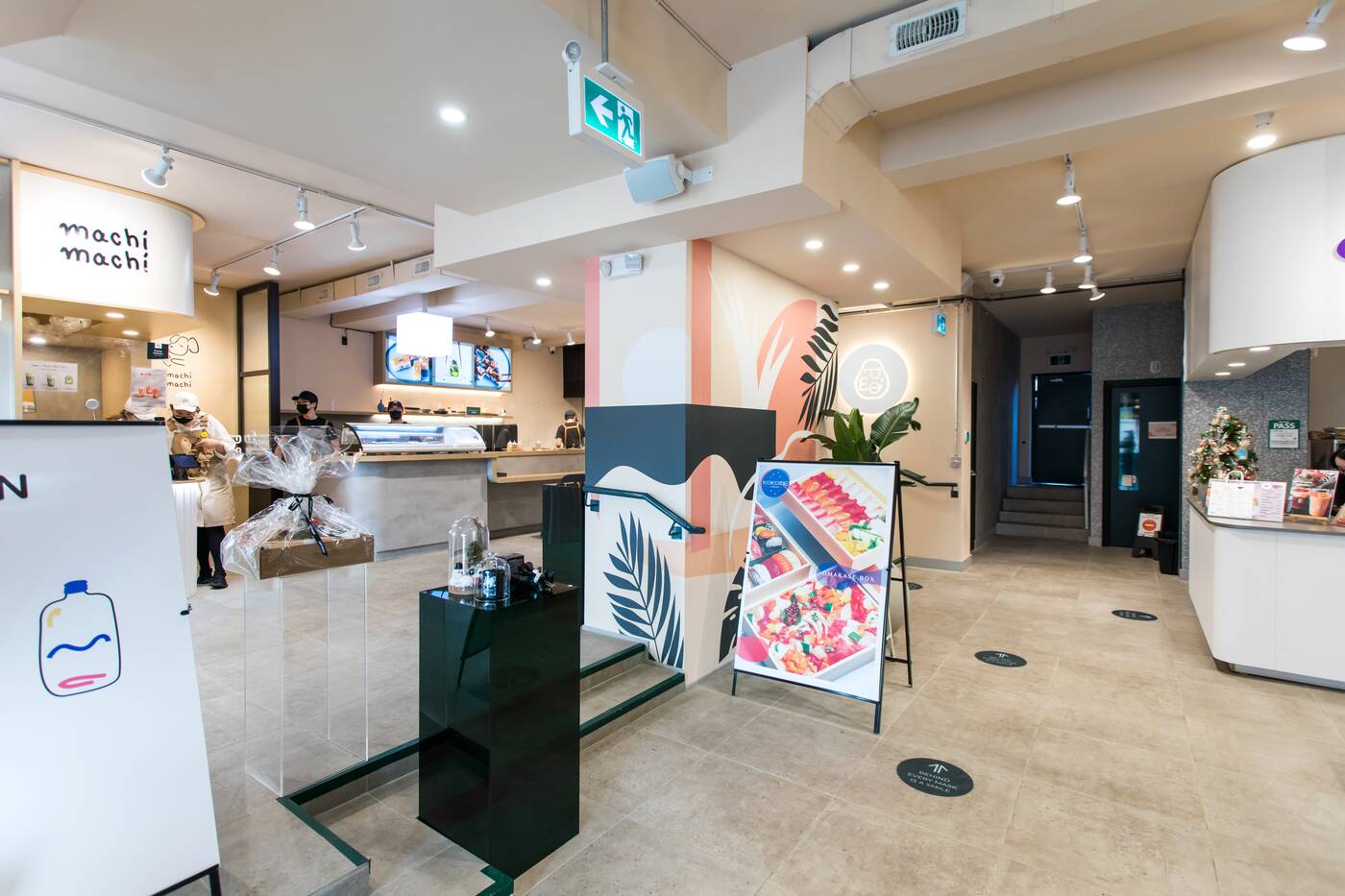 Although the food stalls are what will probably draw you in, the bright and laid-back space that generously offers up Asian culture in some of its tastiest forms is what will have you wanting to stick around for a while. 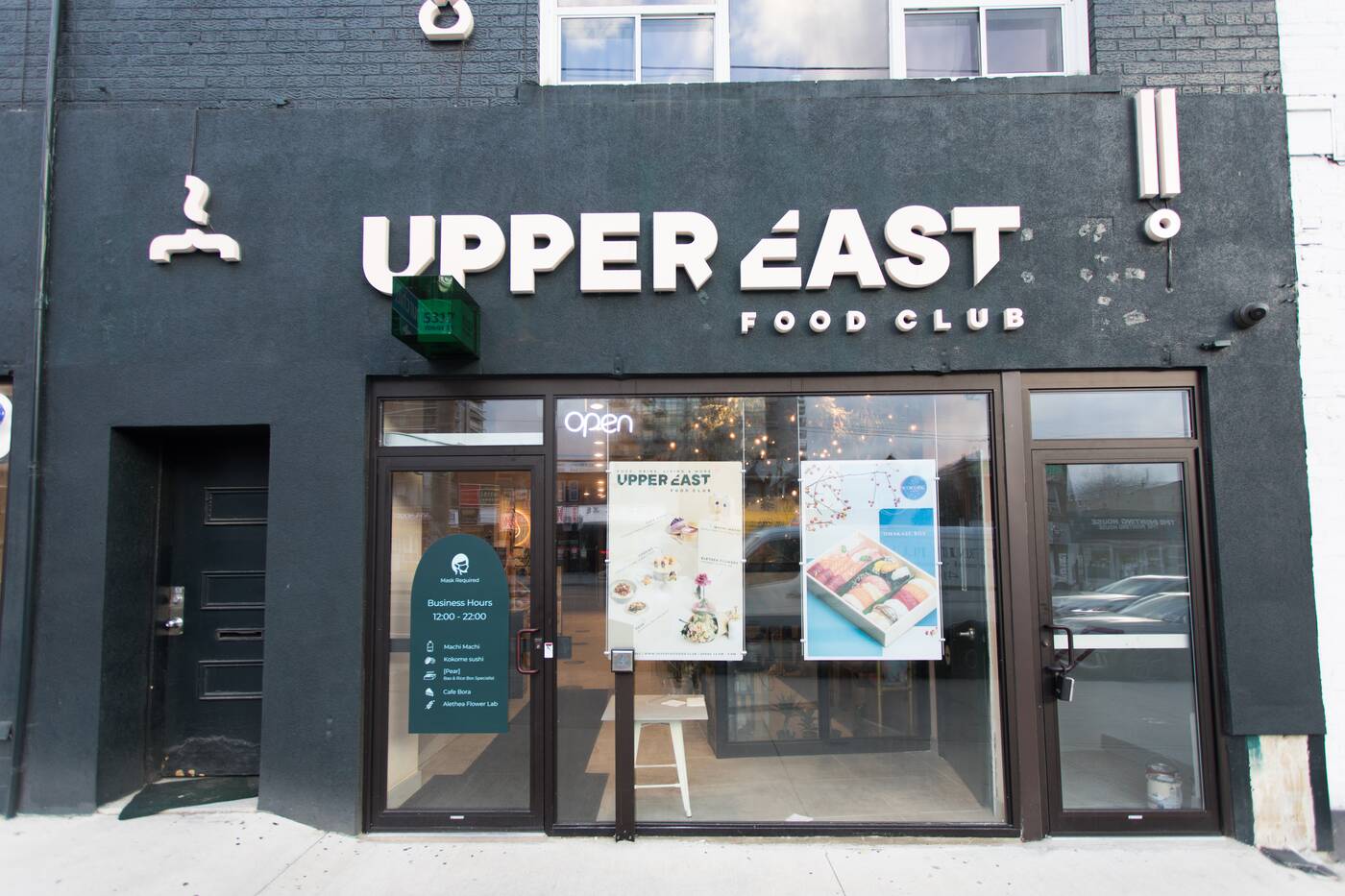