Ajisen Ramen has opened shop in Chinatown, making this their third GTA location.

I have to admit it -- I'm a bit of a ramen fiend. And rarely does a week go by that I don't go for my ramen fix. A large bowl of flavour-packed pork, beef or miso broth filled with noodles, vegetables, egg, meat and garnishing is quite possibly the perfect food. Aside from being a quick and enjoyable meal, good ramen calms the soul, fills the belly, and sets one right for the day. And it can be a social or purely solitary undertaking.

My usual downtown ramen haunts include Kenzo Ramen on Dundas West (where they serve up a good variety of ramen, of which the Tonkotsu Ramen is my favourite), and Konnichiwa on Baldwin (which isn't a ramen place specifically, but offers a very limited but very good assortment nonetheless).

I have a soft spot for Ajisen Ramen up in North York , not just because of their awesome value large bowls and vast selection of over 17 ramen varieties, but also because they have an enticing selection of side dishes such as fried chicken, salads, gyoza and more. I'd frequent the place (or the Markham location) were it not such a trek.

When I recently realized that they now opened a branch just north of Dundas on Spadina in Chinatown, we didn't waste any time in trying it out. 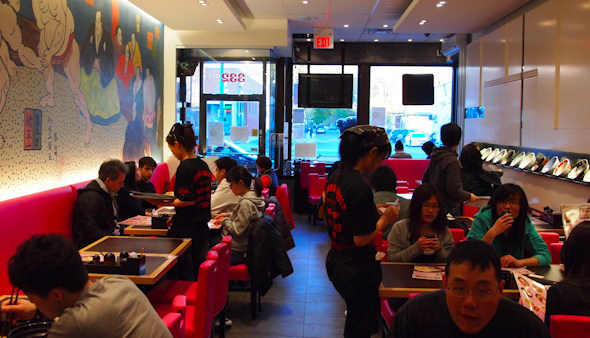 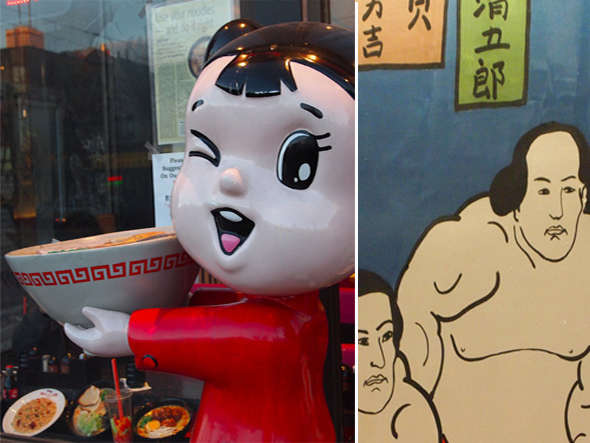 Open for over a month now, Ajisen Ramen on Spadina already packs the crowds in and it can get a little tight for seating during lunch and dinner.

Their mascot, a plucky winking ramen girl, the hot pink seats and Japanese pop art are all quintessential Ajisen style. The tight interior space is made to look bigger by a large mural of sumo wrestlers on one wall and a collection of ramen bowls of varied shapes and sizes lines the other. 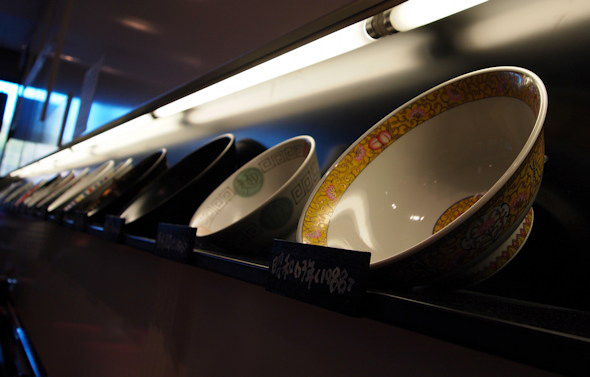 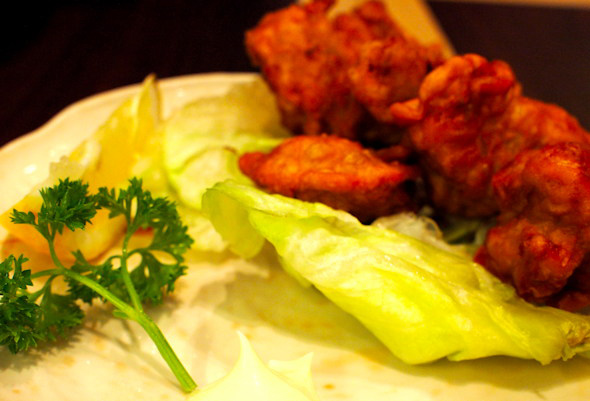 For appetizers we order the Japanese Deep Fried Chicken ($4.50) and the Creamy Potato Cake croquette ($3.75). The fried chicken, which is served with lemon and a dollop of Kewpie (or "Kyupi") Japanese mayonnaise, is rolled in too-thick batter, which is unnecessarily greasy and gets in the way of the chicken's flavour. 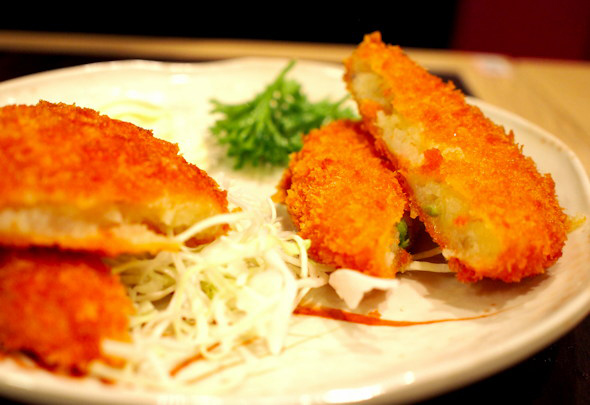 The potato is fried to a golden brown perfection that has a great exterior crunchiness and a soft center. It is served extremely hot and the servers do not warn you, so be careful. 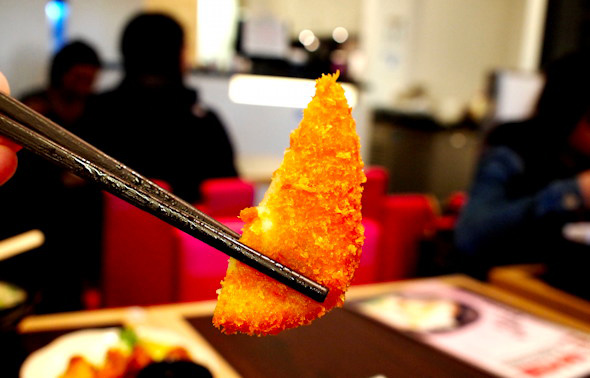 While the staff is generally attentive, we get the impression that they're rushing and a bit impatient in taking orders and dealing with customers. As a result, our order is mixed up and we get a different type of ramen than what we ordered. We point this out, and it was replaced with the correct order within five minutes.

With ramen, the broth is probably the most important component to a great tasting bowl. Ajisen's broth is pork-based and delightfully thick and savoury (vegetarians take note: their veggie ramens aren't purely and exclusively made of vegetables).

We ordered the Tendrous Ribs Ramen ($7.99) - a huge bowl of broth, ample noodles, slow-roasted, falling-off-the-bones beef ribs with bok choy, mushrooms, bean sprouts and green onions. We find it tastes a little bland but a small tablespoon of garlic seasoning rectifies this quickly and easily. 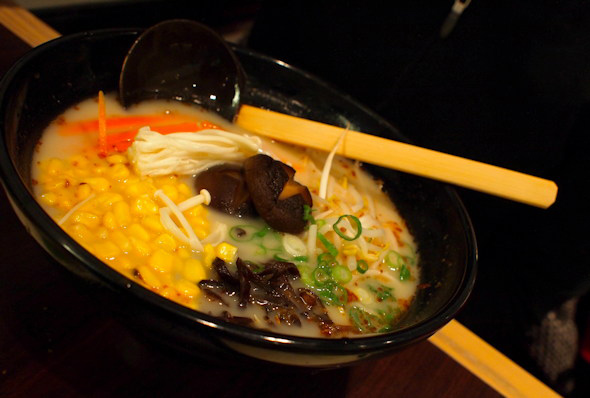 We also ordered the Mixed Vegetable Ramen ($6.99), a hearty and colourful medley of corn, shiitake and enoki mushrooms, carrots, bean sprouts, roasted garlic and green onions in a similar white, pork-based broth. Both bowls are very filling and a challenge to consume, so we take our time.

Dessert is an exceptional Sesame Ice Cream ($1.99), which tastes like toasted sesame and is a great palate pleaser to end a pretty good meal. 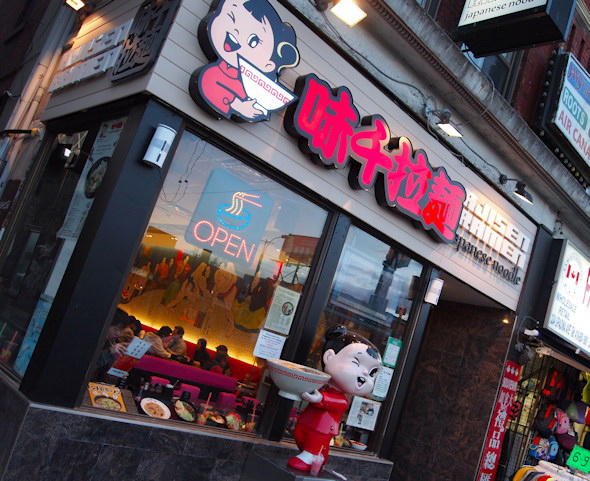