Toronto Beach Club is a massive restaurant serving seafood towers and charcoal-cooked meats along the shores of Woodbine Beach.

Spanning over 12,000 square feet of equal parts patio and interior dining, you can find this summery space and its parking lot in the Lake Shore Boulevard plaza that’s long anchored the Beaches largest patch of sand. 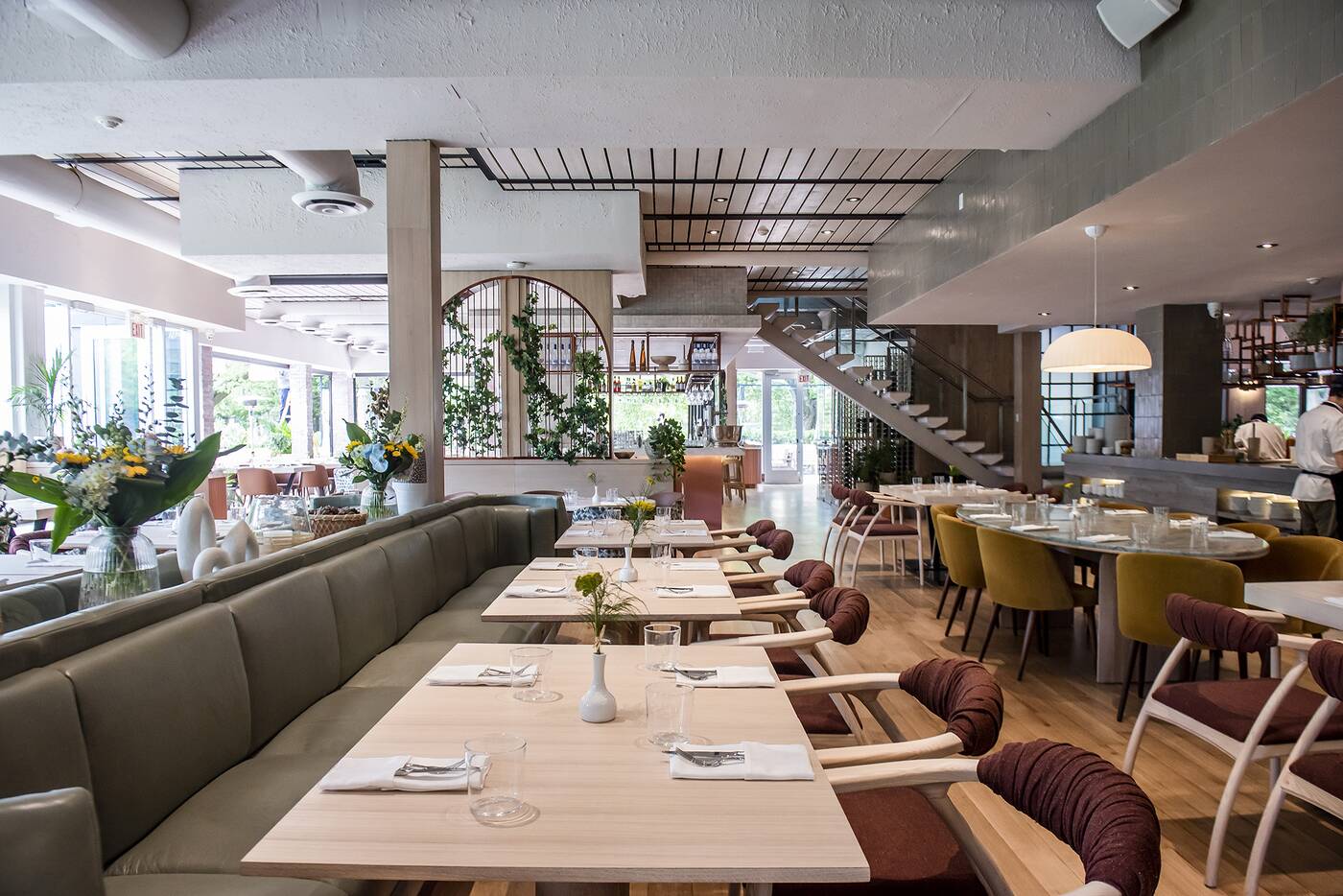 The restaurant nails the breezy coastal feel. Peachy villa tones, tiles, and marble counters open up to a sprawling patio with umbrellas and heavy iroko chairs. 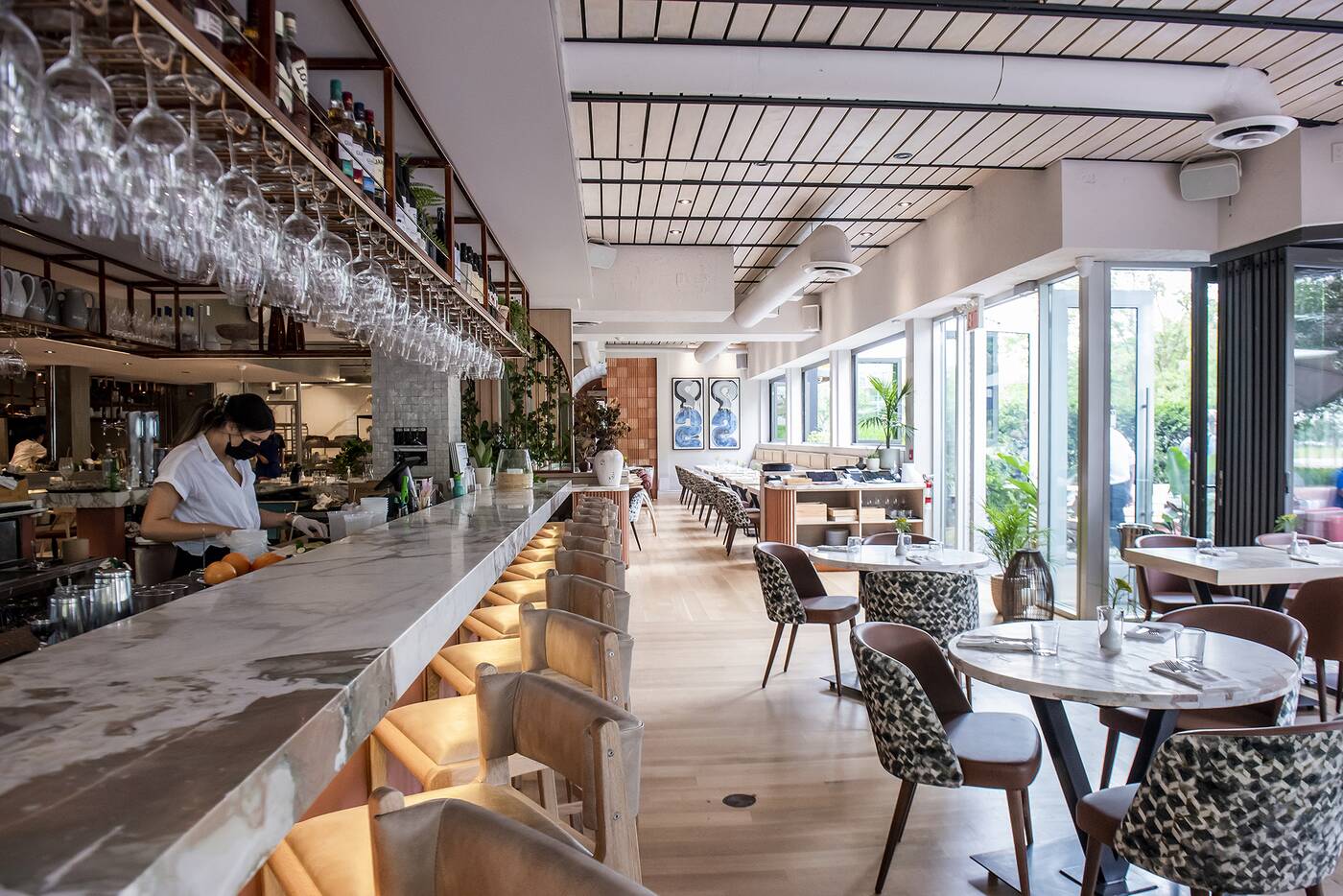 The plaza's leasing strifes are seemingly over: Hanif Harji and his company Scale Hospitality have taken over the entire plaza (which houses a Booster Juice and Tim Horton’s) with a beachside vision that includes a market and casual burgers at GG’s next door. 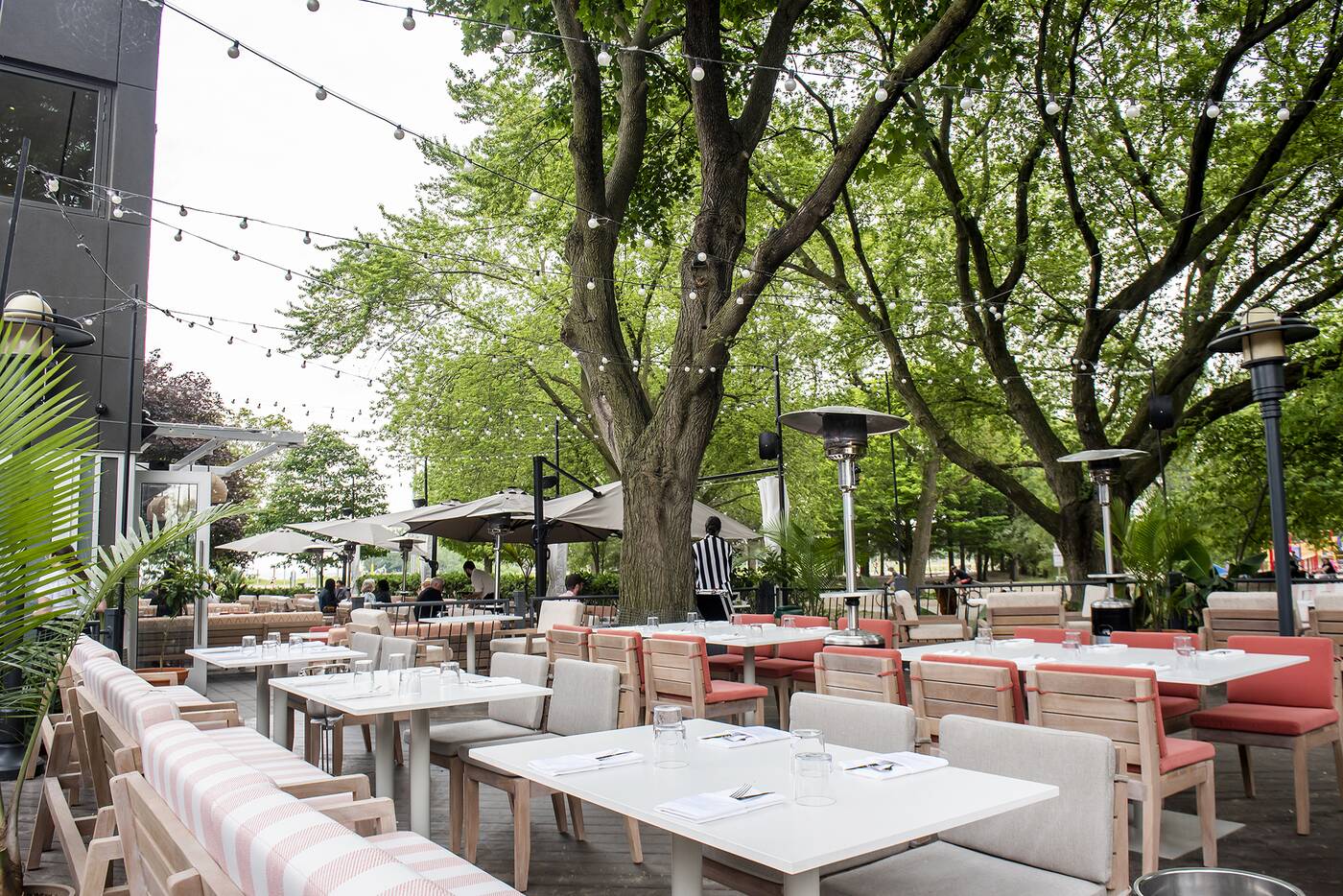 Toronto Beach Club is the plaza’s swanky gem with three full-time maître d’s, a private upper floor, and the occasional flamenco dancer for a  "rare beach experience" inspired by the seaside villages in Italy, Spain, and Greece, says Harji. 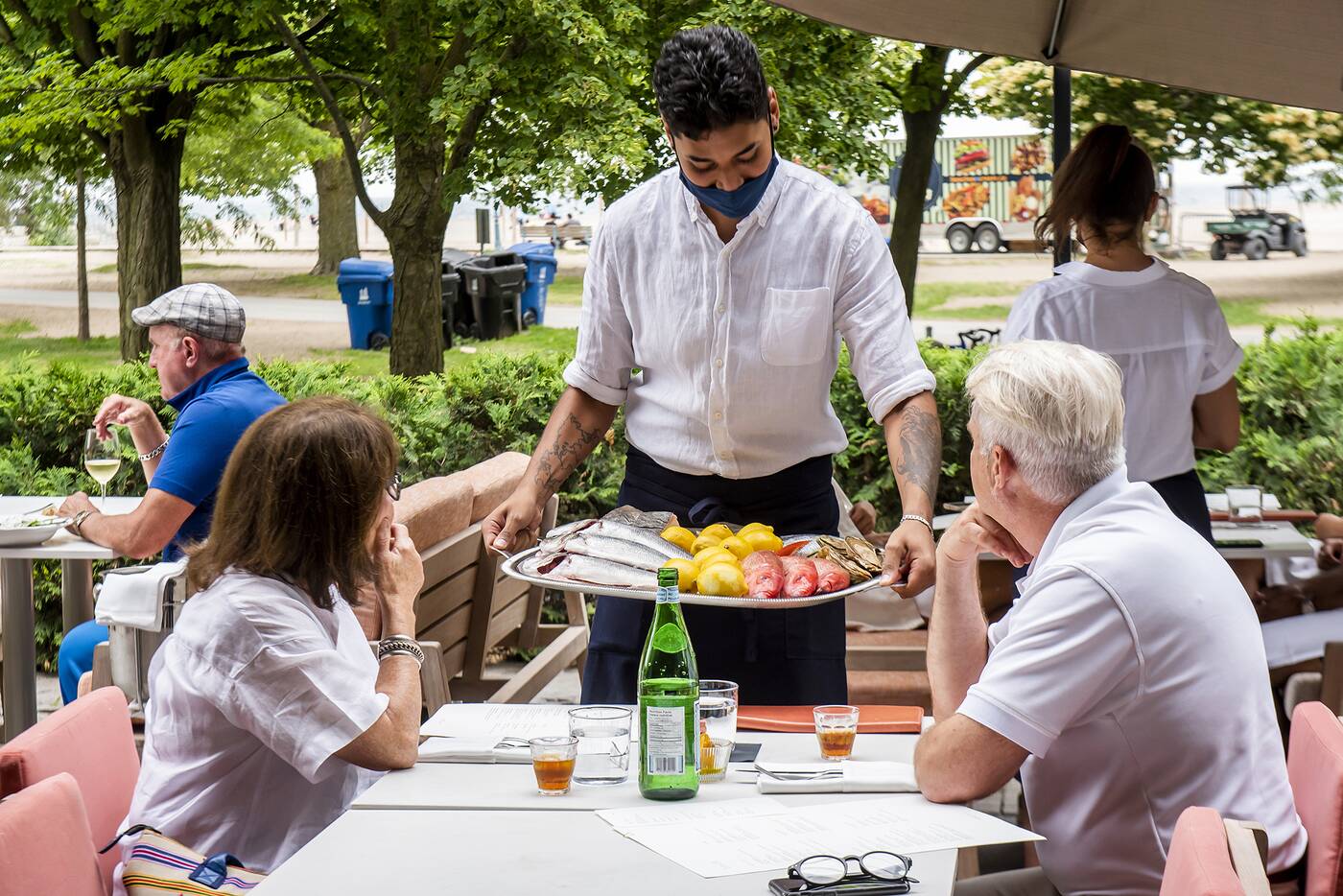 Chef Ted Corrado  runs the restaurant’s open kitchen which features a Hestan range and two-level charcoal grill, where all the meat and fish are cooked. 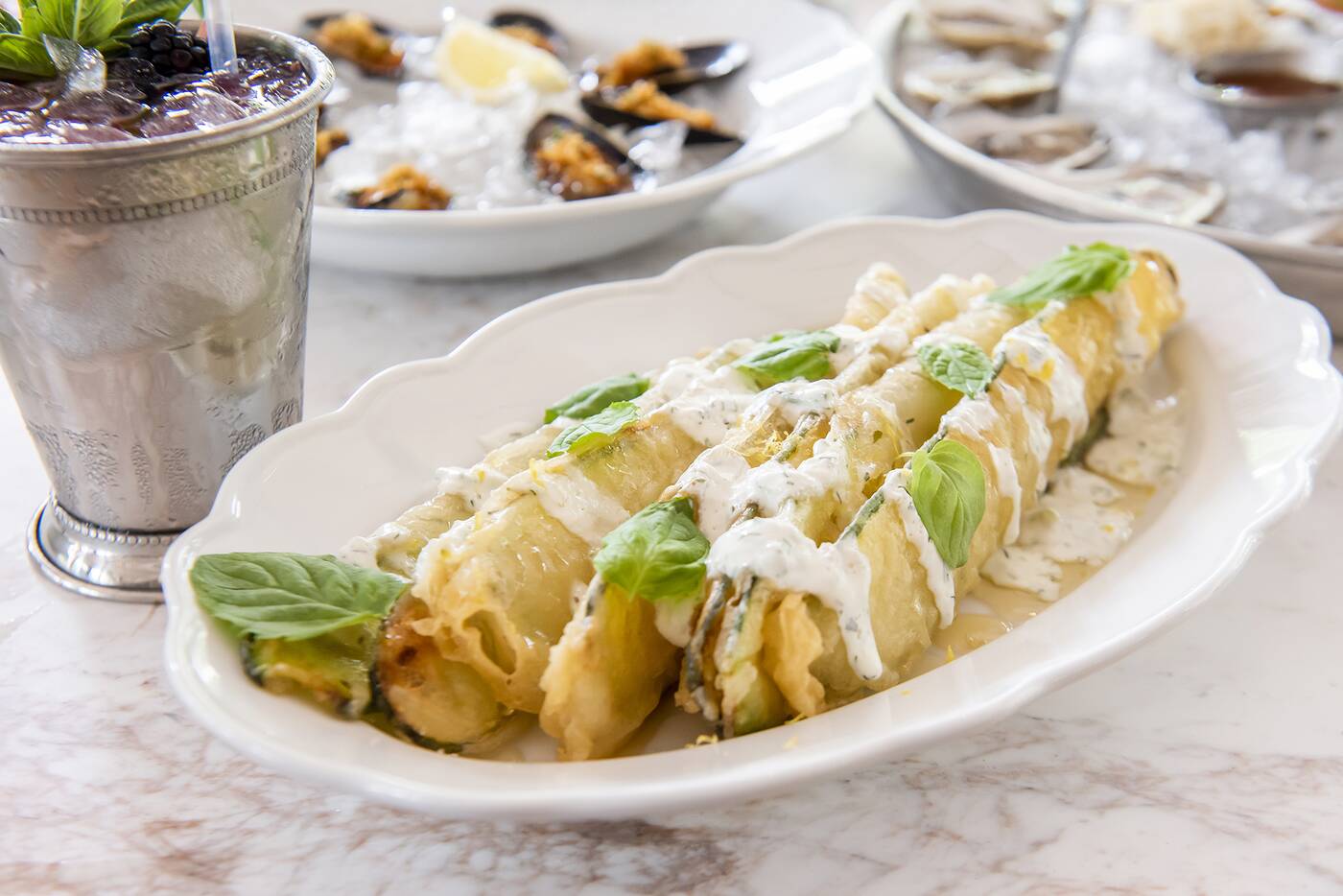 The Mediterranean-style menu features a list of mezze, like grilled artichokes with mint pesto and chili ($19) or light zucchini fries ($14) with tzatziki and lemon. 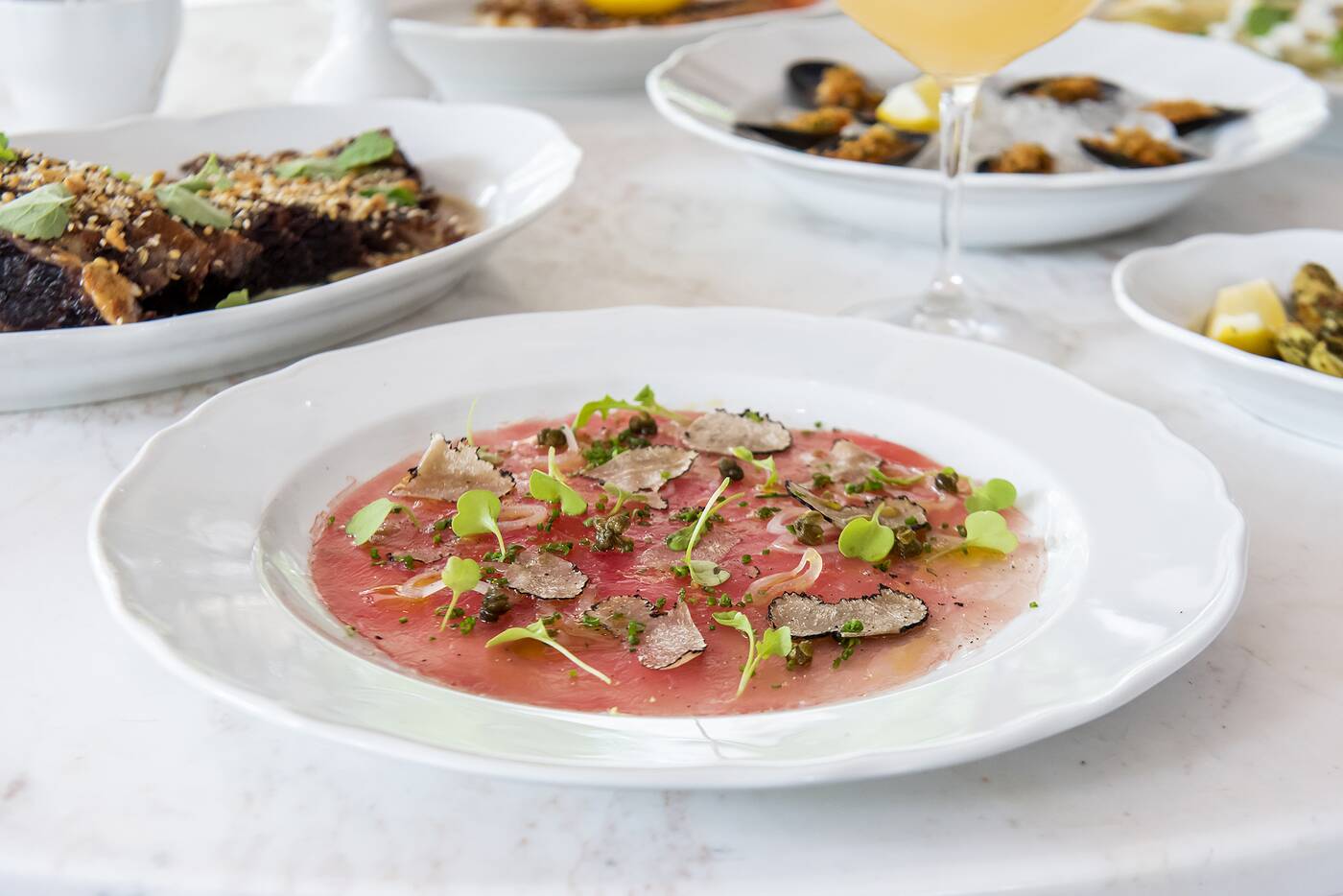 From the raw bar comes a plate of ahi tuna carpaccio ($28) with slivers of summer truffle and fried capers and truffle aioli. 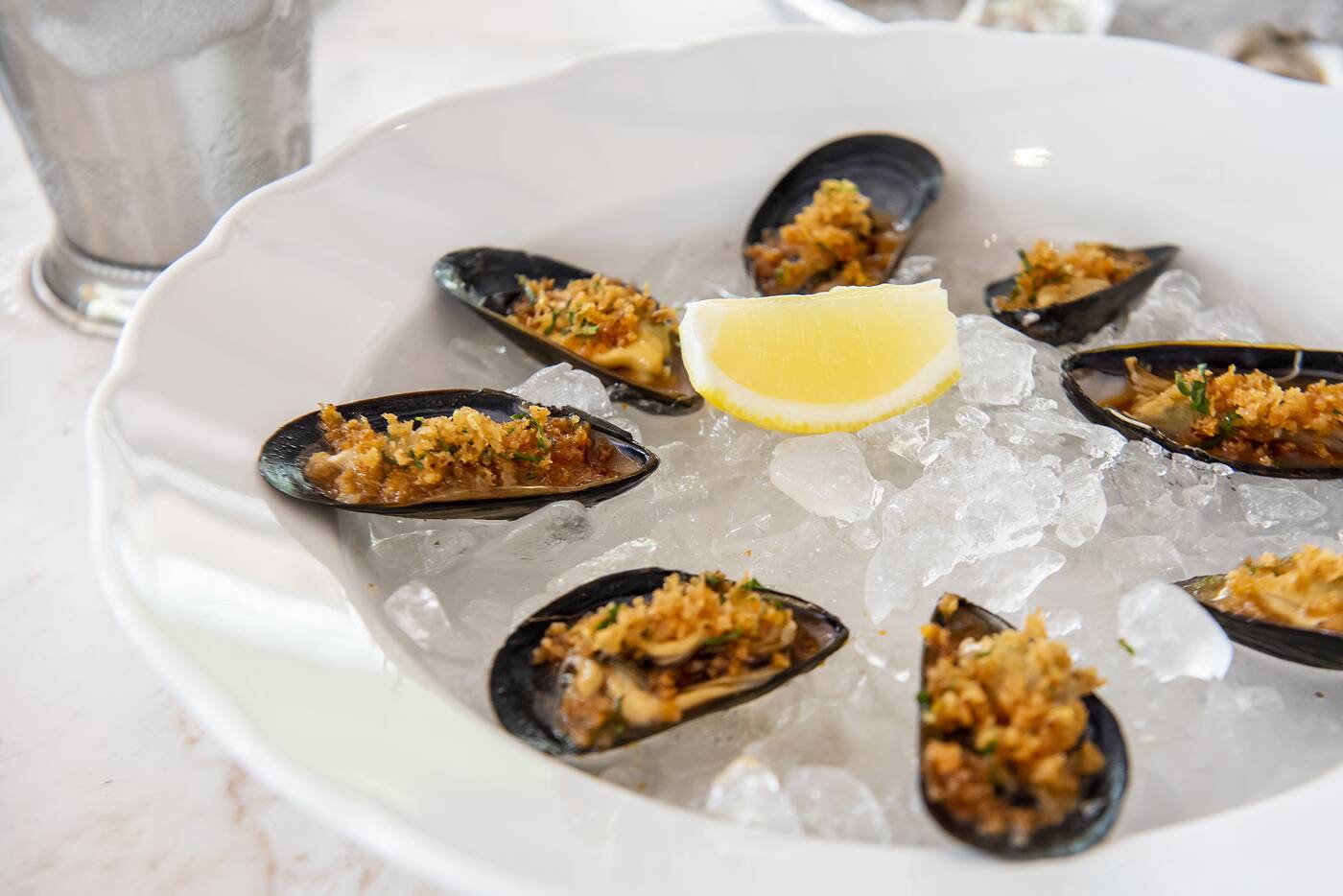 The mussels escabeche ($16) are served in shell and topped with lemon herb breadcrumbs. 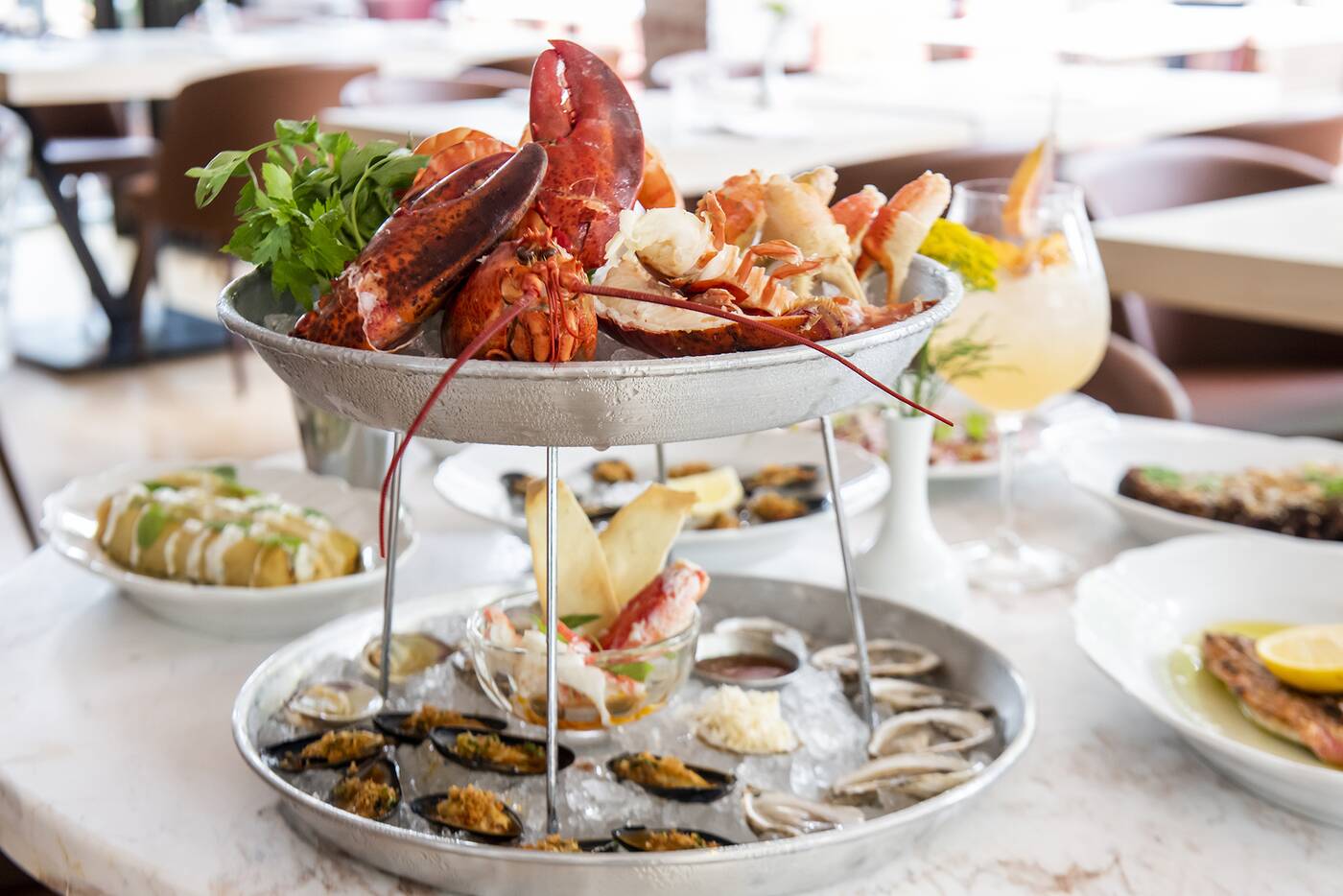 For the full seafood vibe, ask for the daily catch (it’s red snapper when we visit) or a decadent tower of molluscs and shellfish. 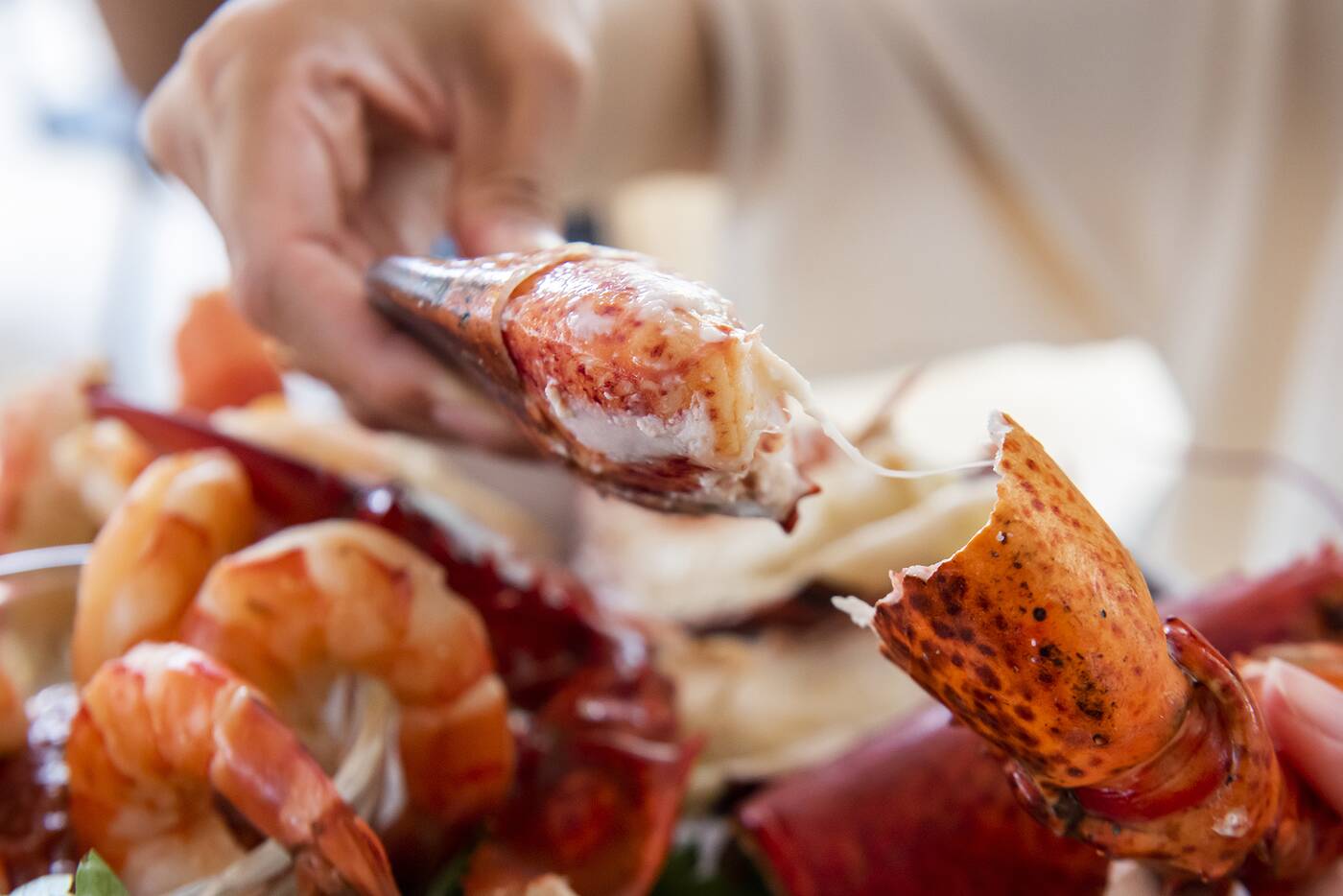 The tower comes with a rotation of oysters, shrimp, mussels, lobster, shrimp cocktails and steamed Alaskan King crab with sides of cocktail sauce and mignonette. 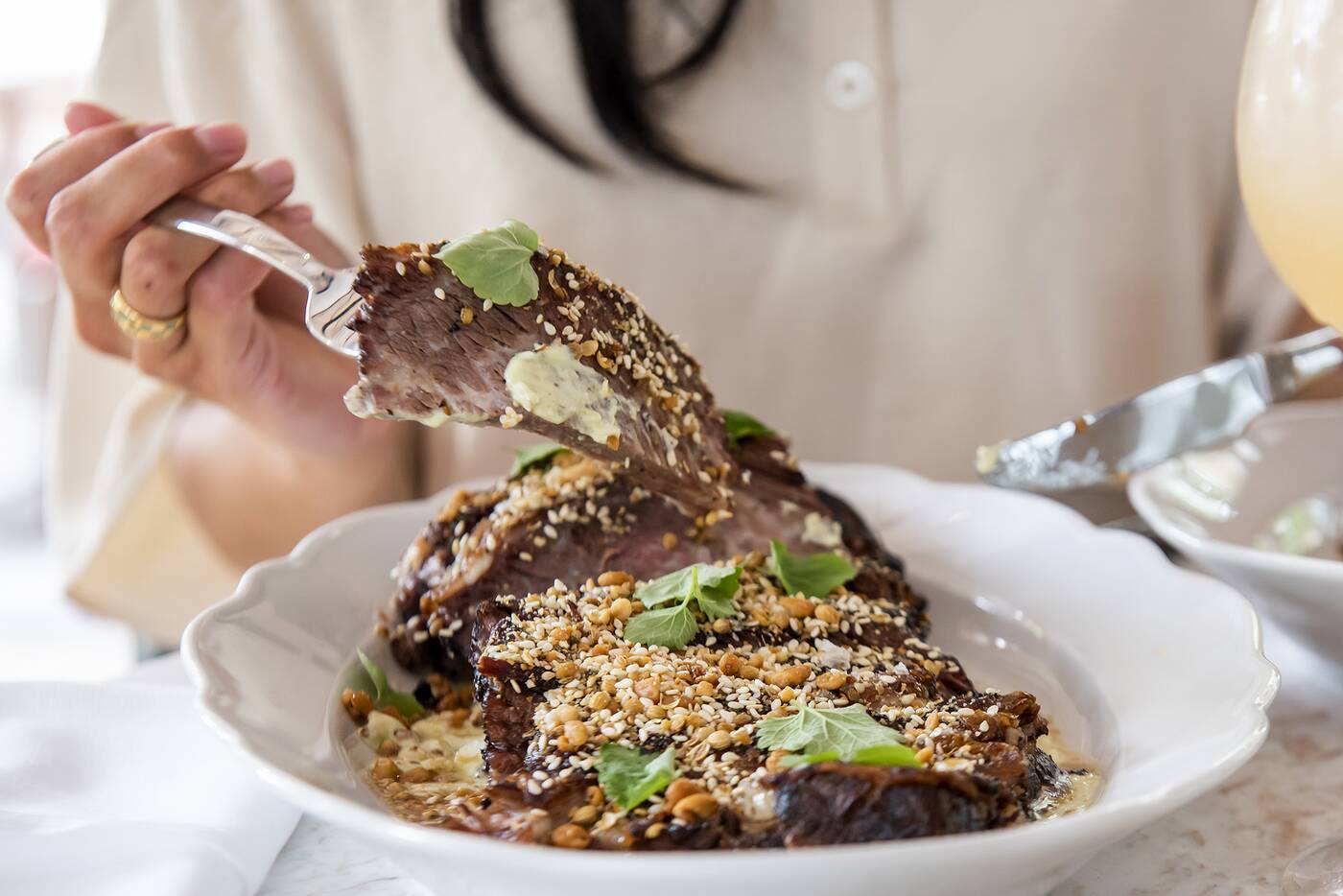 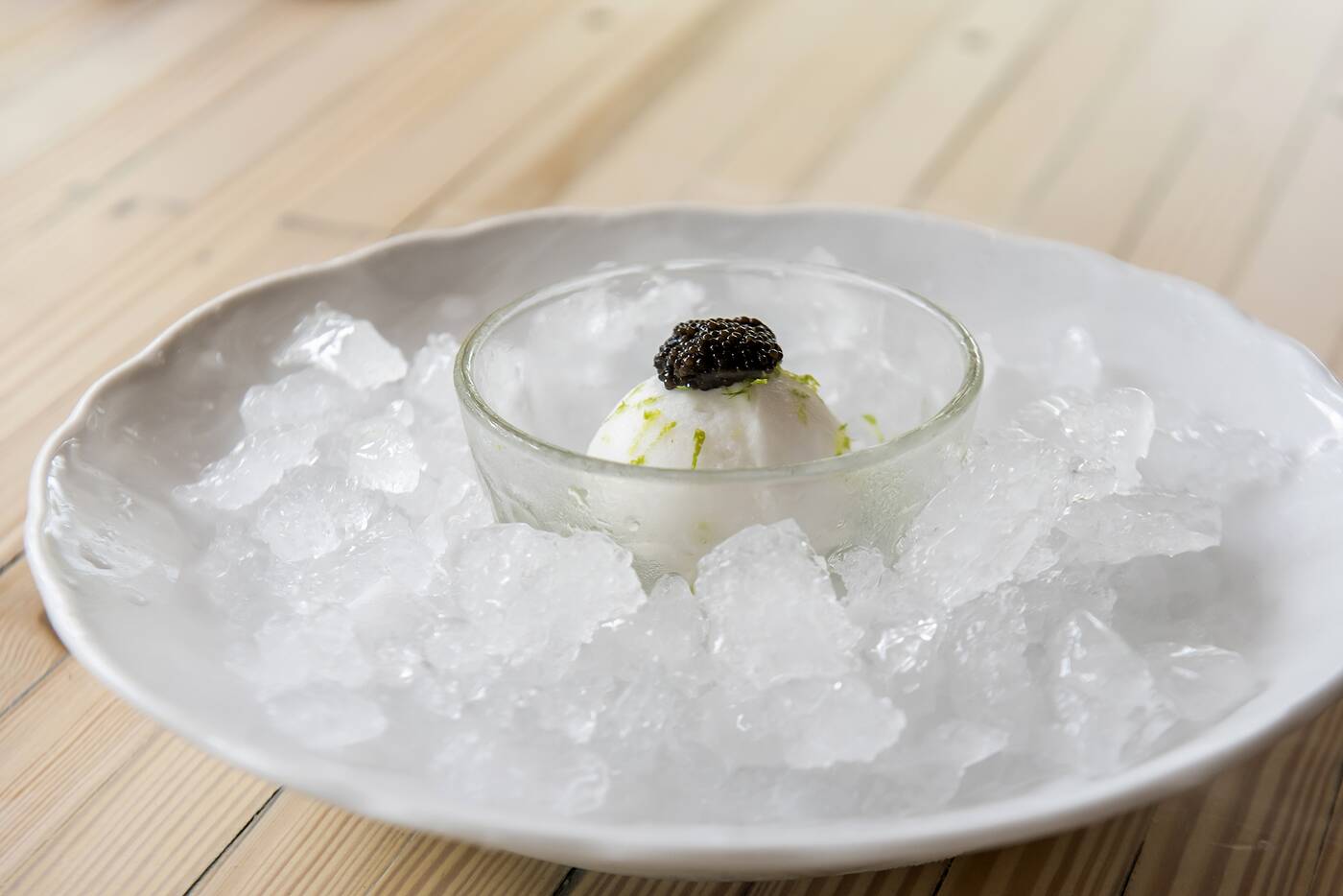 A spoonful of ossetra caviar ($27) is served as a smokey show with coconut sorbet and lime. 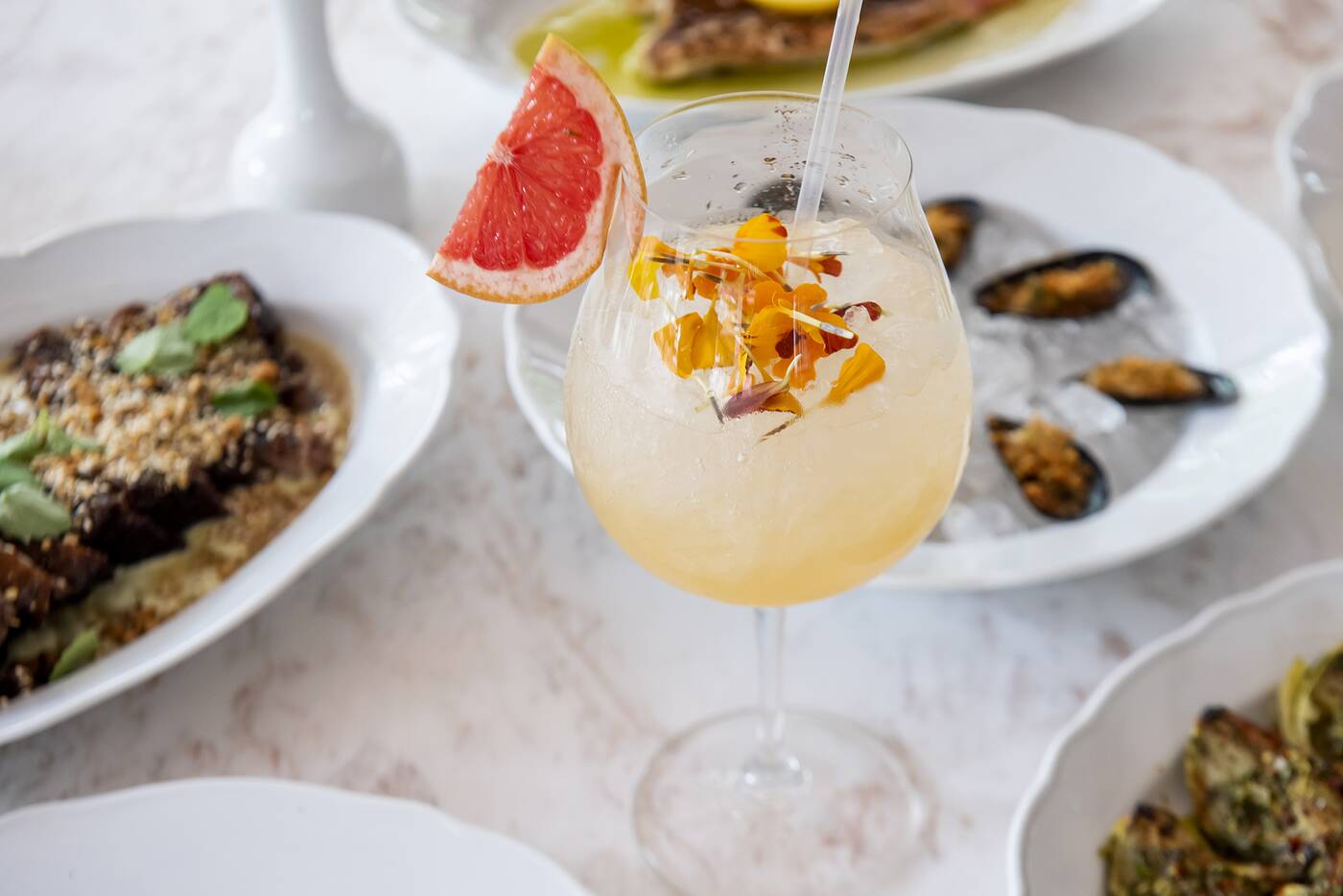 From a long list of pretty cocktails is the Pampered Rose ($20) with Patron Silver tequila, grapefruit oleo and rosewater. 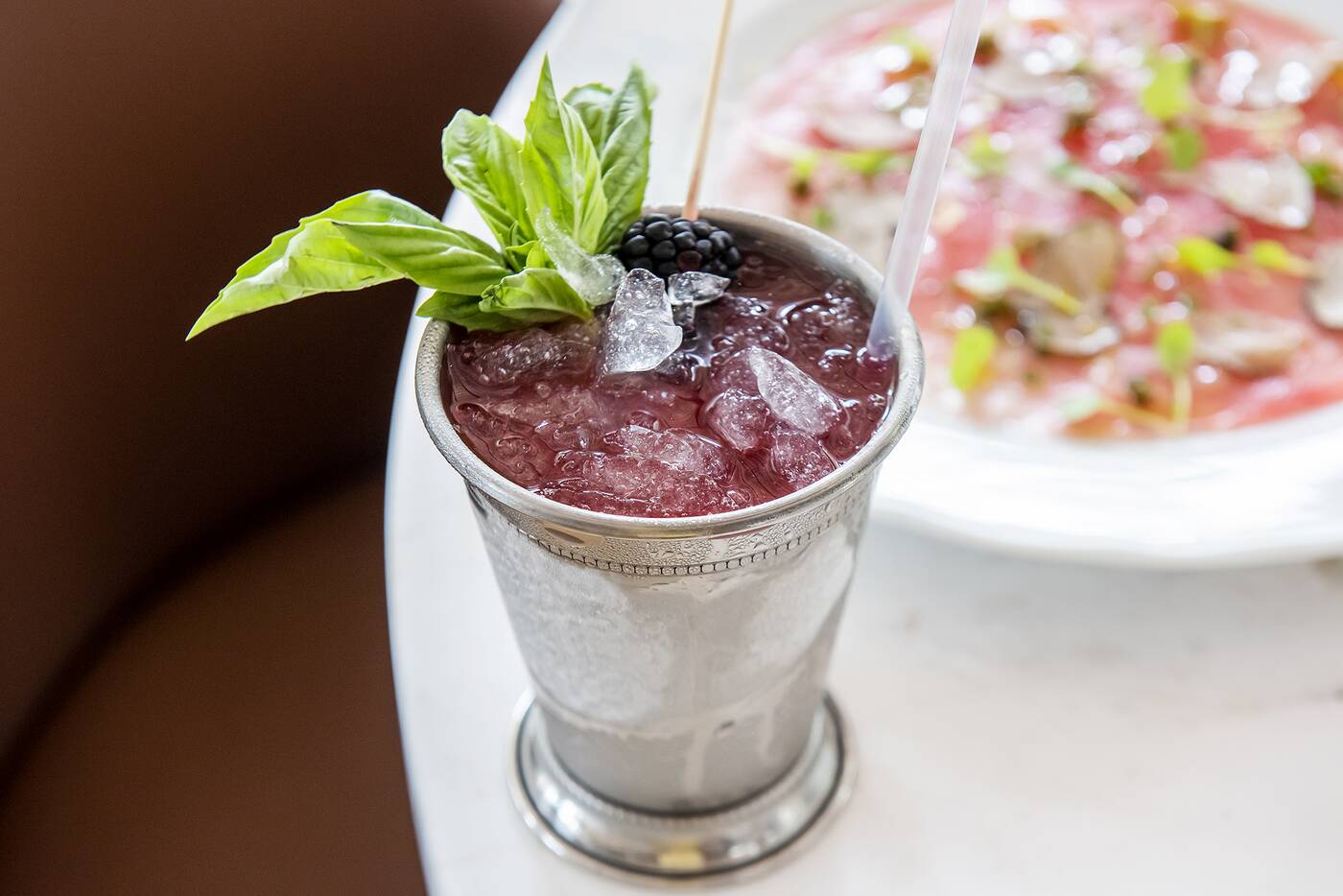 The Blackberry Bay ($16) is a mix of Bulleit bourbon, blakberry, basil, and house bitters.

Whether you're rolling straight off the sand into the restaurant or heading here freshly shaved and showered, Toronto Beach Club delivers on the pretty seaside vibes. 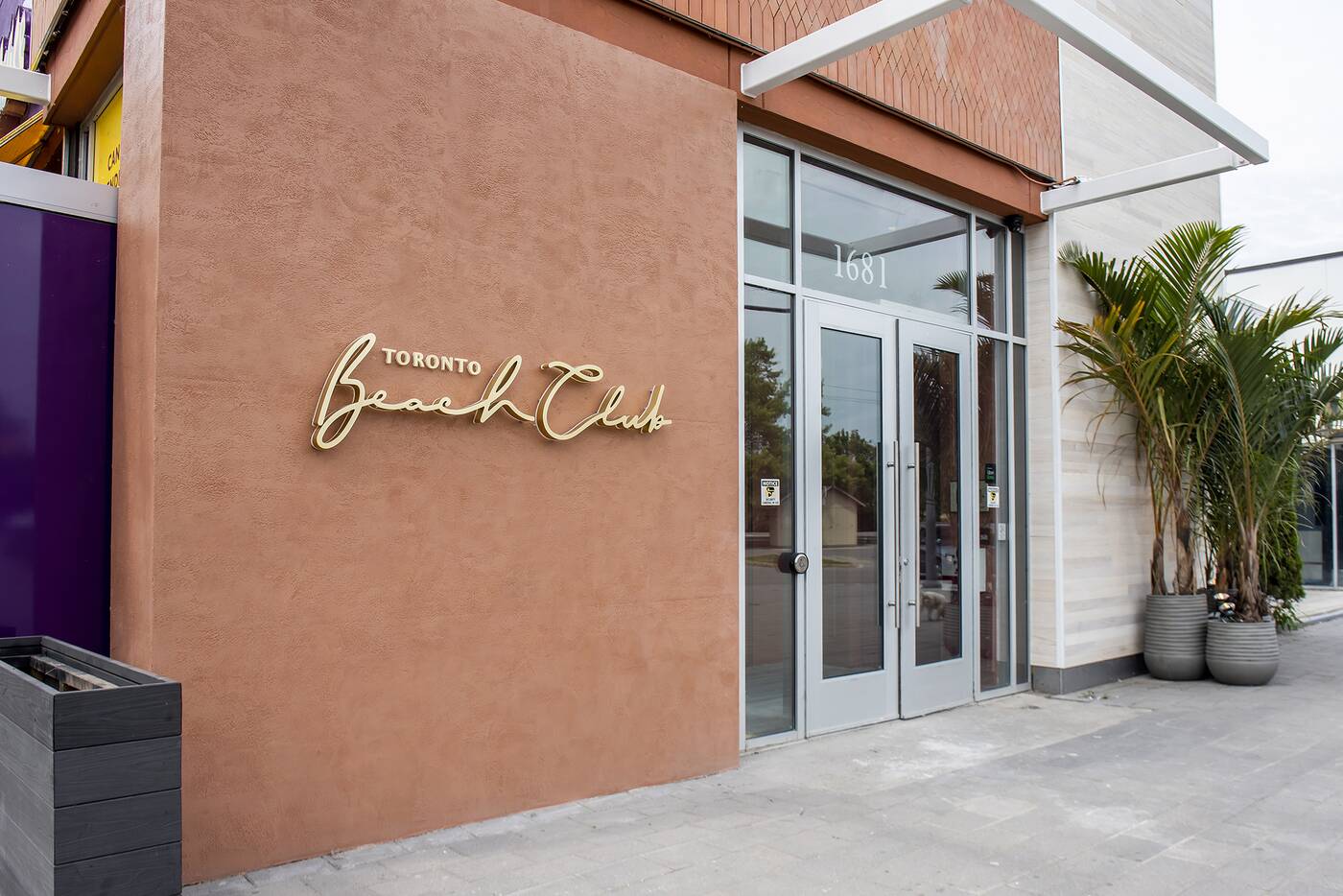