Tilde on the Danforth is a colourful taqueria - though hardly a Mexican joint. Owner and first-time restaurateur Gauravi Shah takes a novel approach to the genre; tacos are treated as a vehicle to experiment with cross-cultural flavours rather than focus on any one regional tradition.

The deep interior extends back towards an open kitchen, featuring seating for almost 70 in the form of purple and orange painted chairs and a couple deep couches. Overall, it feels a bit like a college residence rec room, and while I can appreciate the bootstrap business acumen, I still wish they'd hired a professional eye, rather than bartering for decorating help from the the locals . 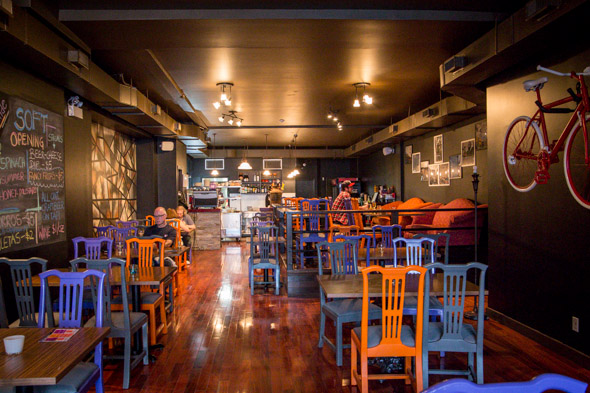 The opening menu is set to expand, but for now, there are a handful of appetizers, five tacos and two tostadas on offer. Dotting the globe, you'll find a steakhouse taco ($5.50) with blue cheese slaw, a curried Bengali fish taco ($5) with raita, and an Asian veggie tostada ($4.50). 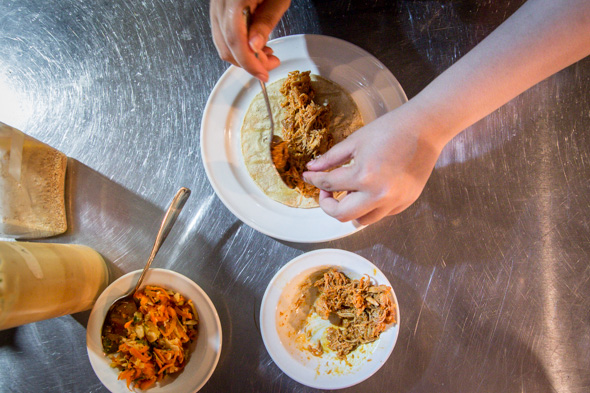 I try the Korean Chicken ($5) dressed with avocado aioli and slaw. While it's boldly flavoured with gochujang, it is not (as I expected) a fried nugget of fiery glazed chicken, but rather a pile of spiced shredded meat. 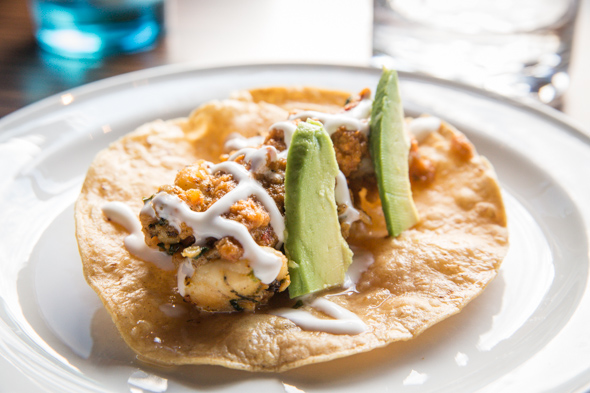 The charred shrimp tostada ($6) sees plump crustaceans on a crunchy tortilla topped with a garlicky sauce, lime crema and sliced avocado. This one benefits from the house hot sauce, a blend of arbol, ancho, jalapeno and Sichuan peppers. 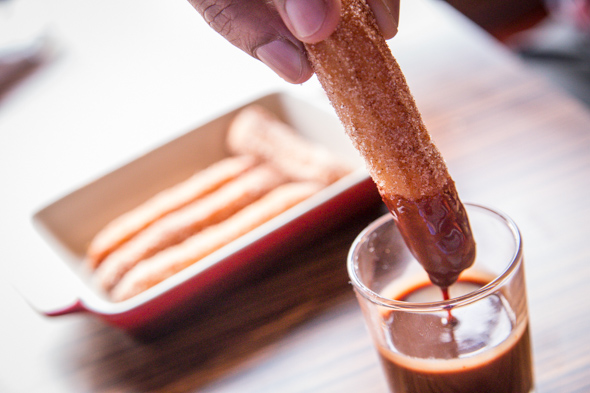 For dessert, mini churros ($5) from the list of daily chalkboard specials are perfectly golden, rolled in cinnamon sugar and served with a little pot of warm orange Nutella dip. 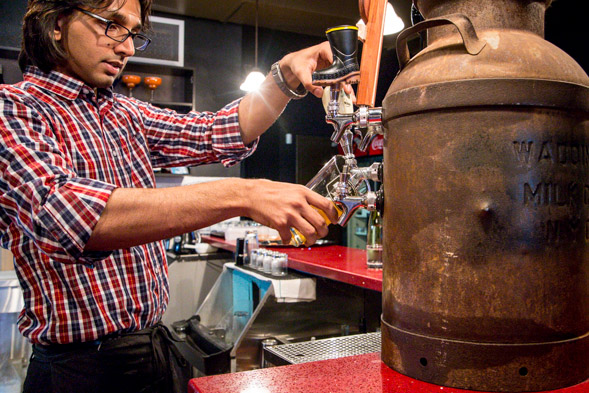 Tilde is currently open Tuesday to Saturday from 5pm to 11pm, while on Sundays, brunch service runs from 10am to 3pm. Expect lunch service to launch in the coming weeks, plus the addition of a 10-seat street-side patio facing the Danforth. 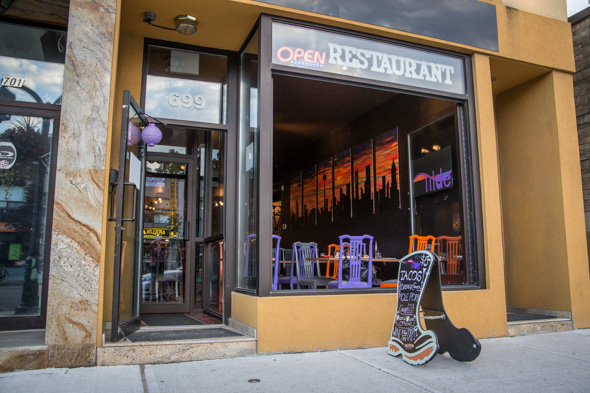