El Sazon Mexicano is a combination Mexican restaurant and bakery.

On the restaurant side of things you'll find what they call the “T-Diet” of tacos, tortas and tamales, and they bake up traditional Mexican sweet treats on site. 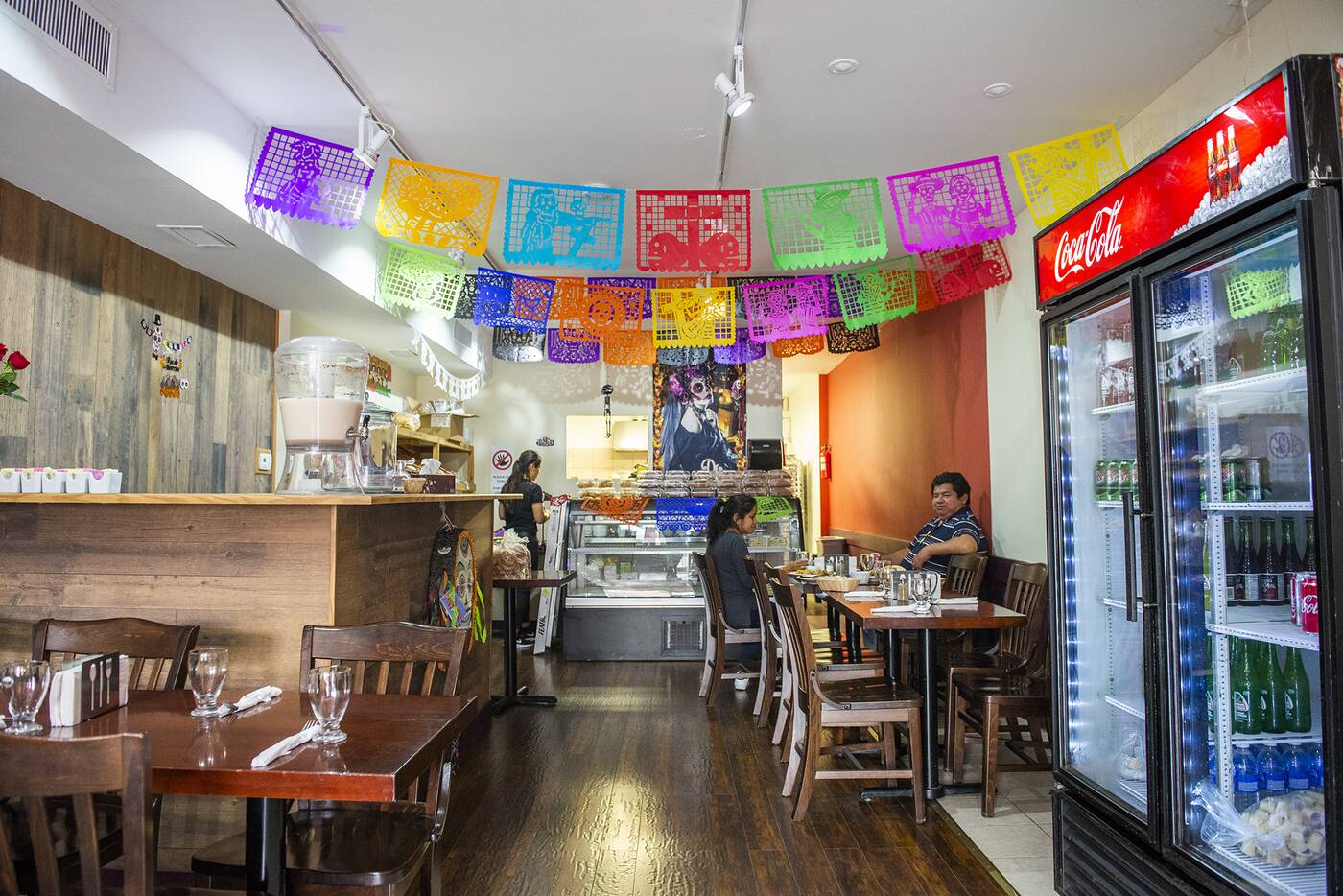 The front of the restaurant, a space formerly part of the bar next door, is devoted to dining with windows shedding natural light, the back of the restaurant where baskets and a pastry case hold Mexican baked goodies. 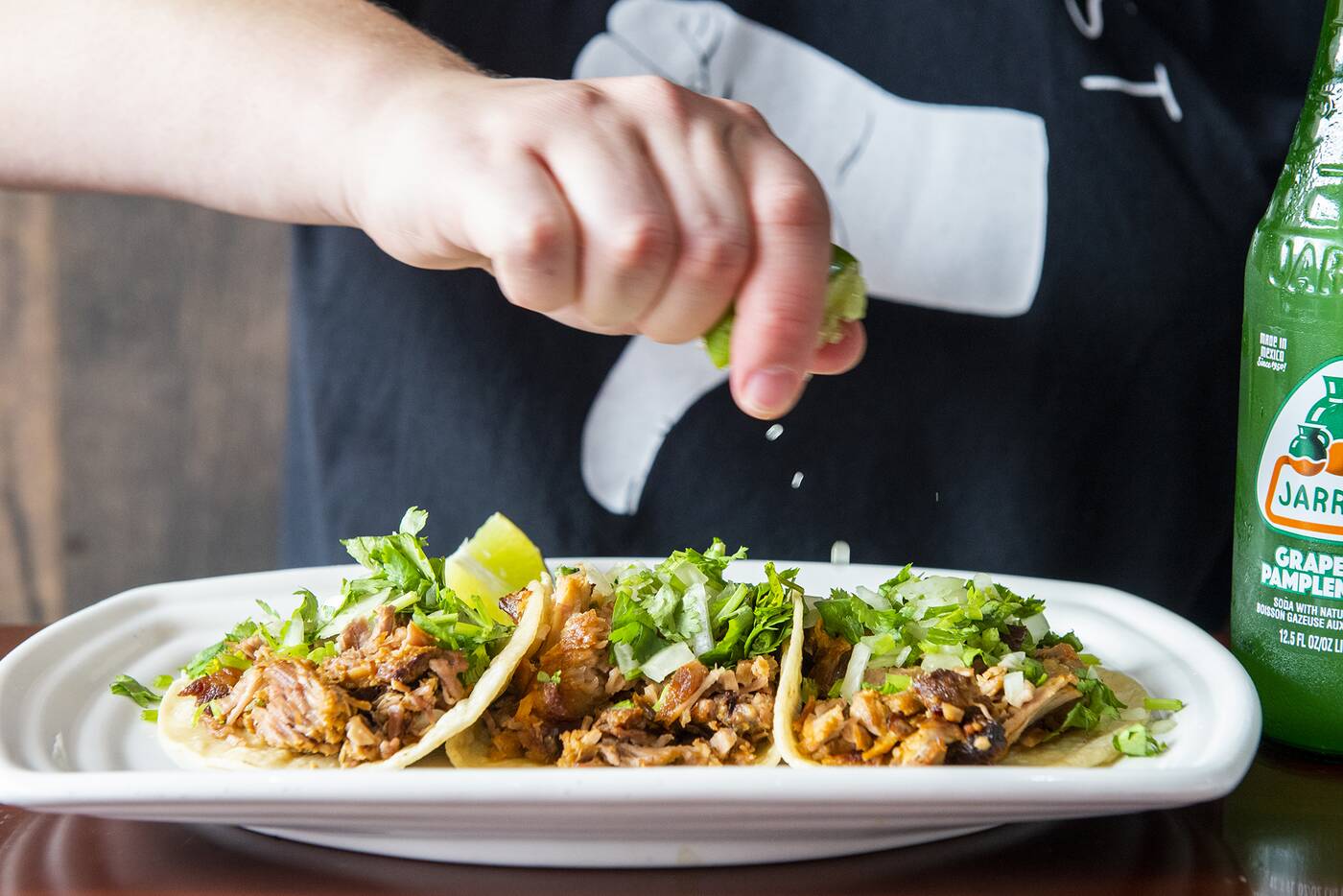 Carnitas tacos ($4) are listed on the menu as being “Michoacan” (a state in Mexico), which is evidently fairly traditional: pork slow cooked and fried, juicy and textural. 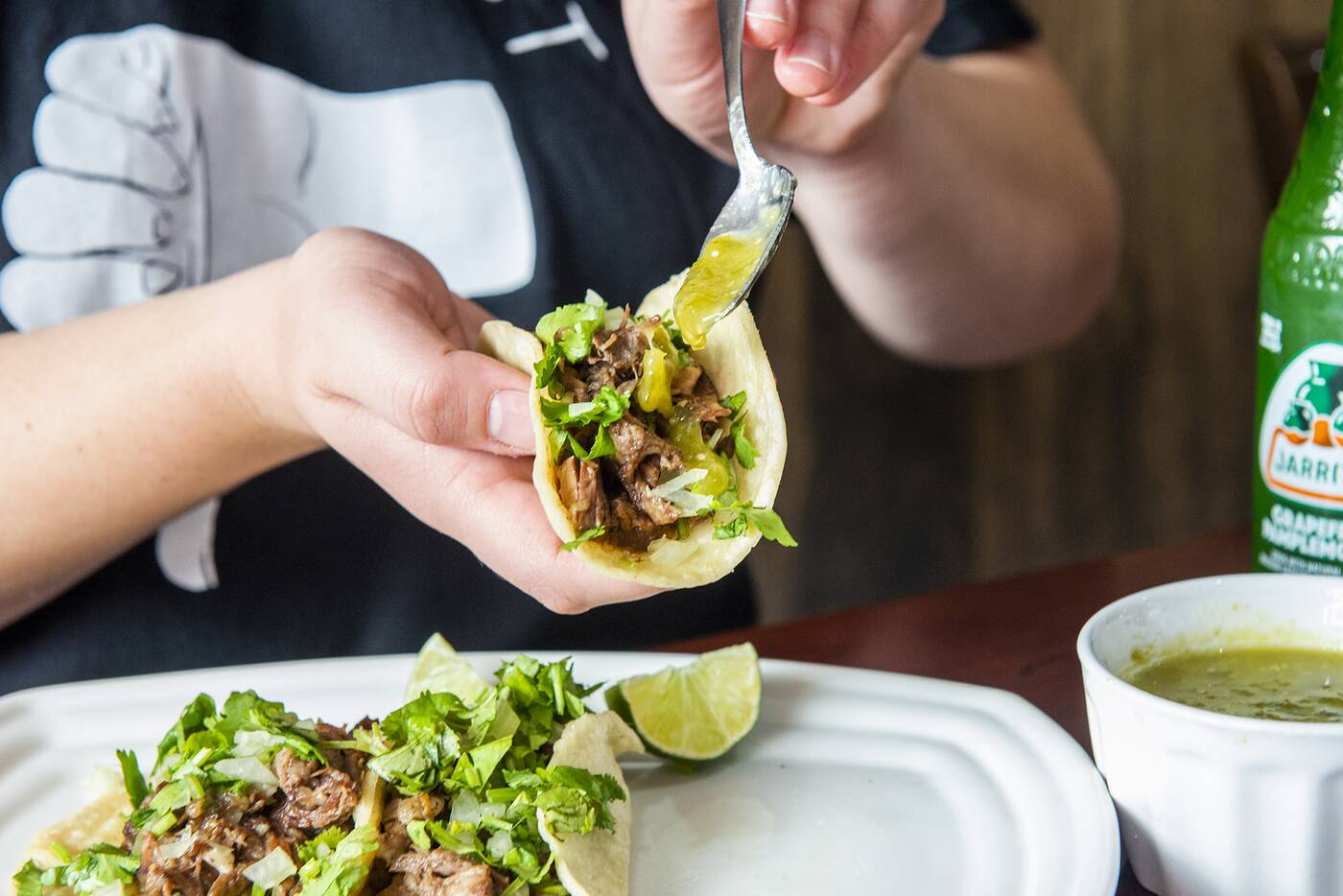 Tacos here are puzzlingly not served on house tortillas, which seem like they’d be easy to produce in contrast to the wide selection of labour-intensive baked goods. The bland, crumbly shells don’t do juicy barbacoa meat justice, steamed and then cooked with garlic, salt and spices. 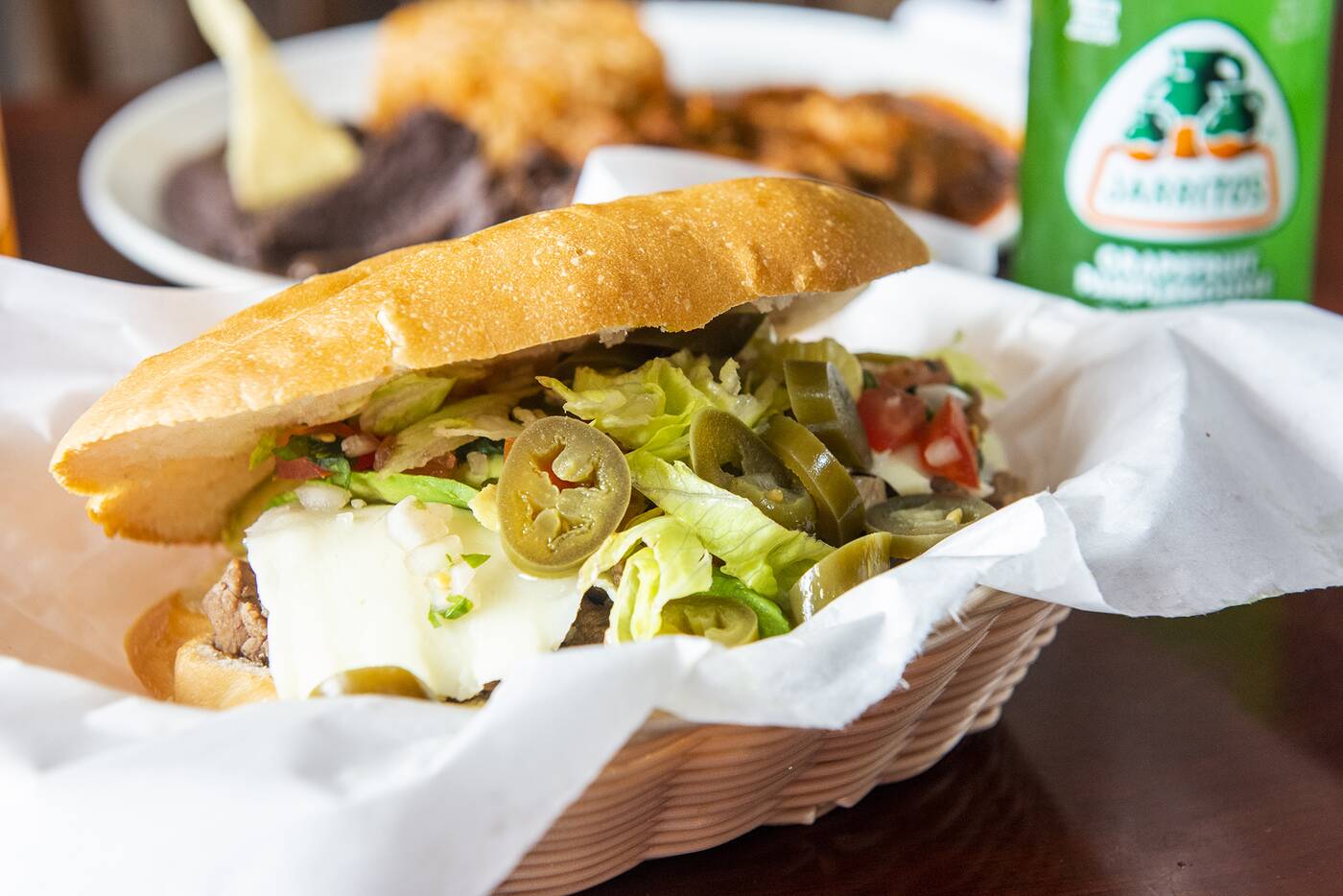 Tortas ($12) have pretty much all the same options for fillings as tacos and all come on soft and fluffy traditional telera bread that absolutely makes these sandwiches.

This one stuffed with pan-fried steak, topped with jalapeno, pico, cheese, avocado and lettuce, the combo of textures feels almost analogous to a classic sub. 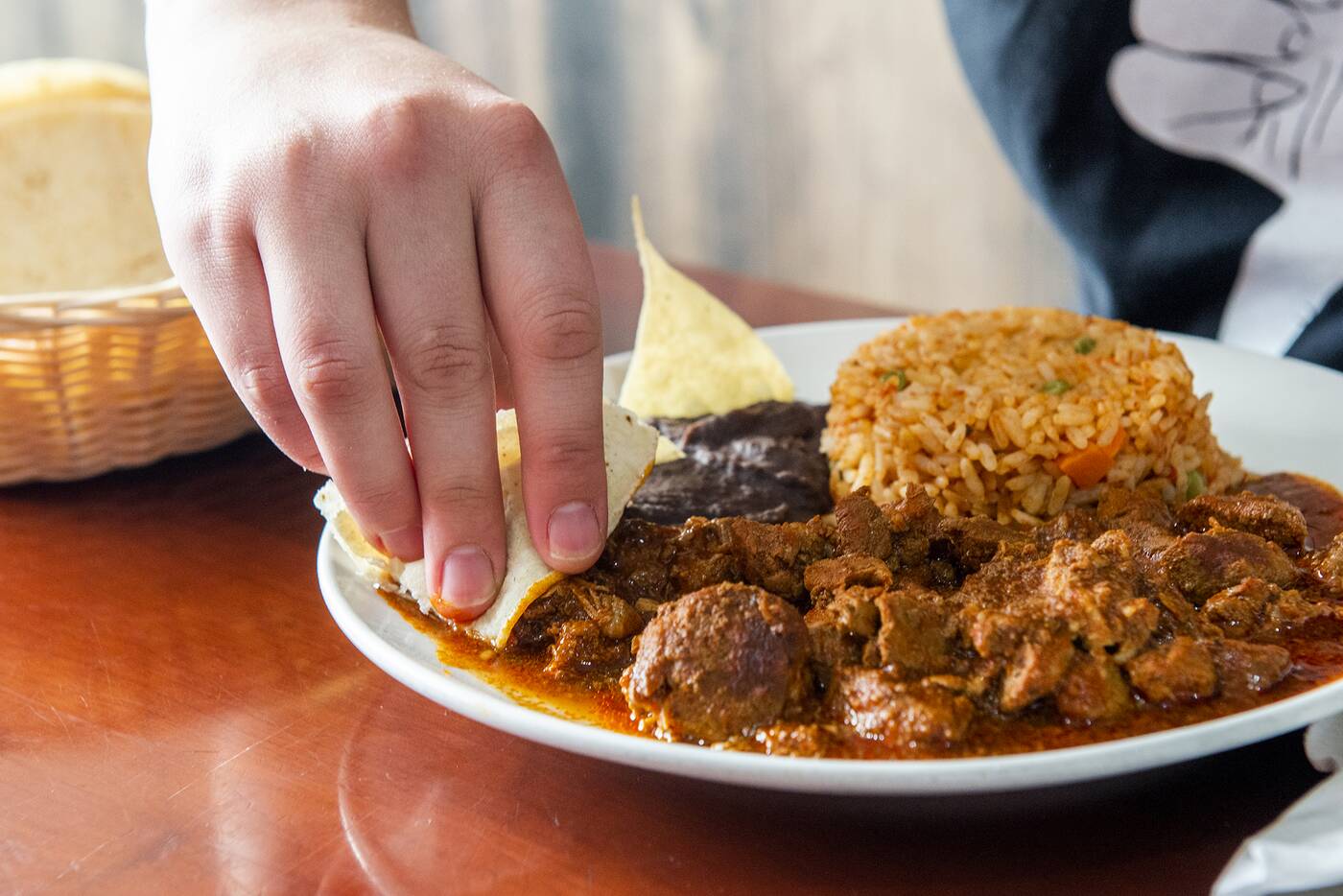 A selection of guisados (stews) are all $15 and come with rice, beans and tortillas. Most of the stews are pork- or beef-based, the asado de boda chunks of pork meat marinated and then cooked in a sauce of guajillo and spices like oregano and peppers. The flavour is still relatively mild, the pork rendered super tender. 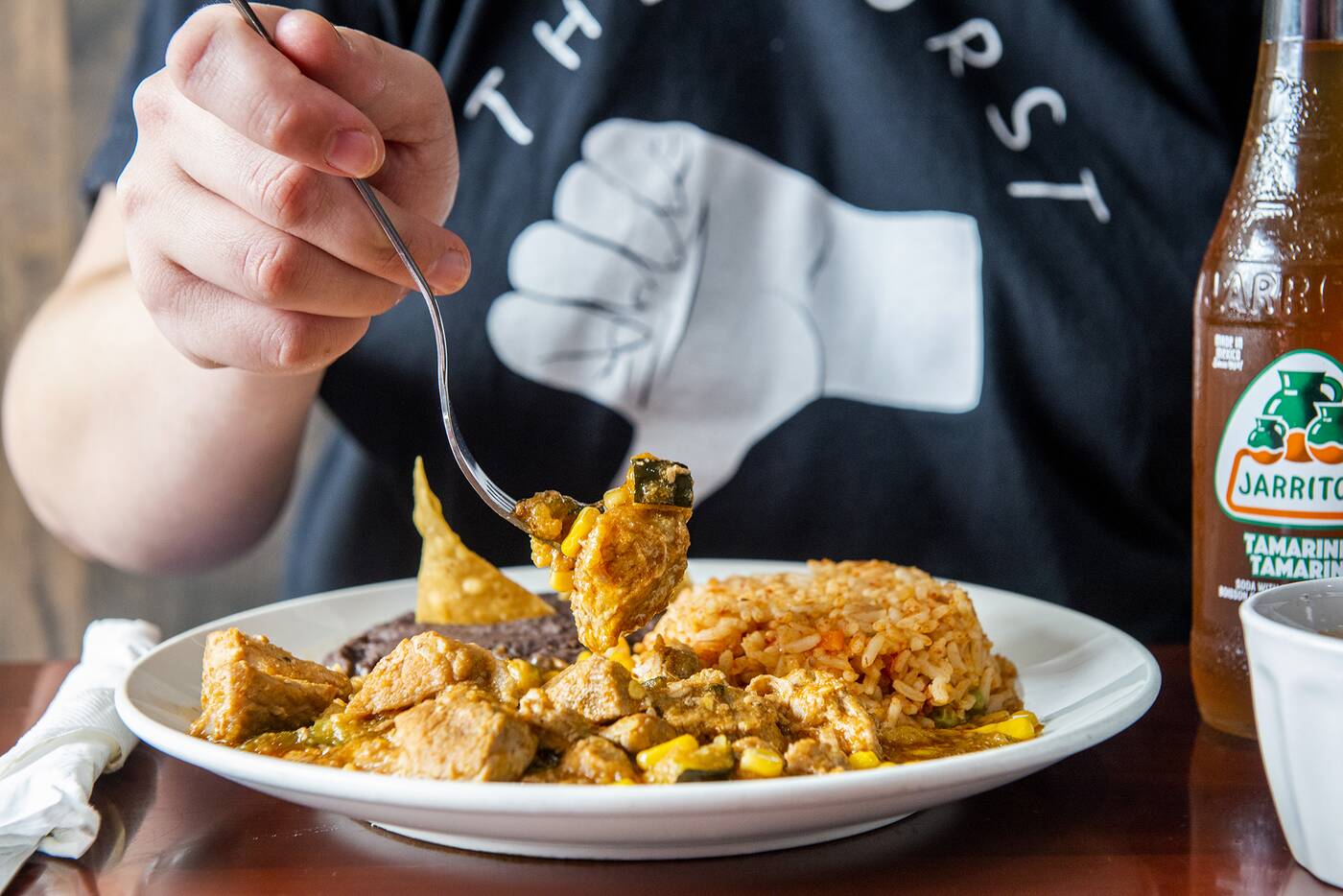 Larger sourced tortillas are still crumbly, but once again the stews have considerable flavour. The sweetness of the veggies goes well with the mildly flavoured meat cooked in a basic red tomato sauce. 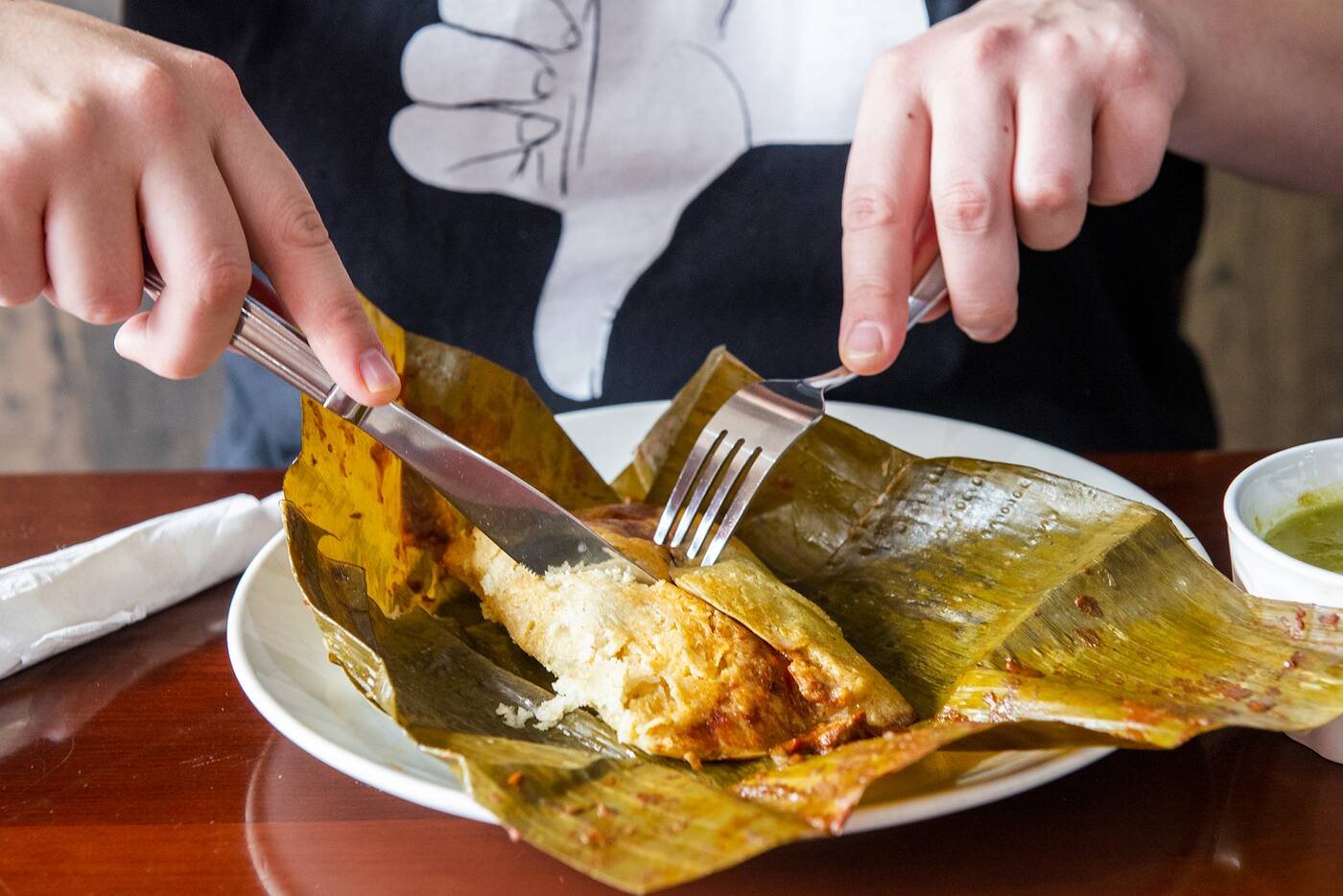 Tamales ($5) pack seasoned meat into corn dough wrapped in a plantain leaf, with options for chicken and pork as well as poblanos and cheese. The fillings, especially the pork, have a real kick that balances out the sweeter, milder corn dough. 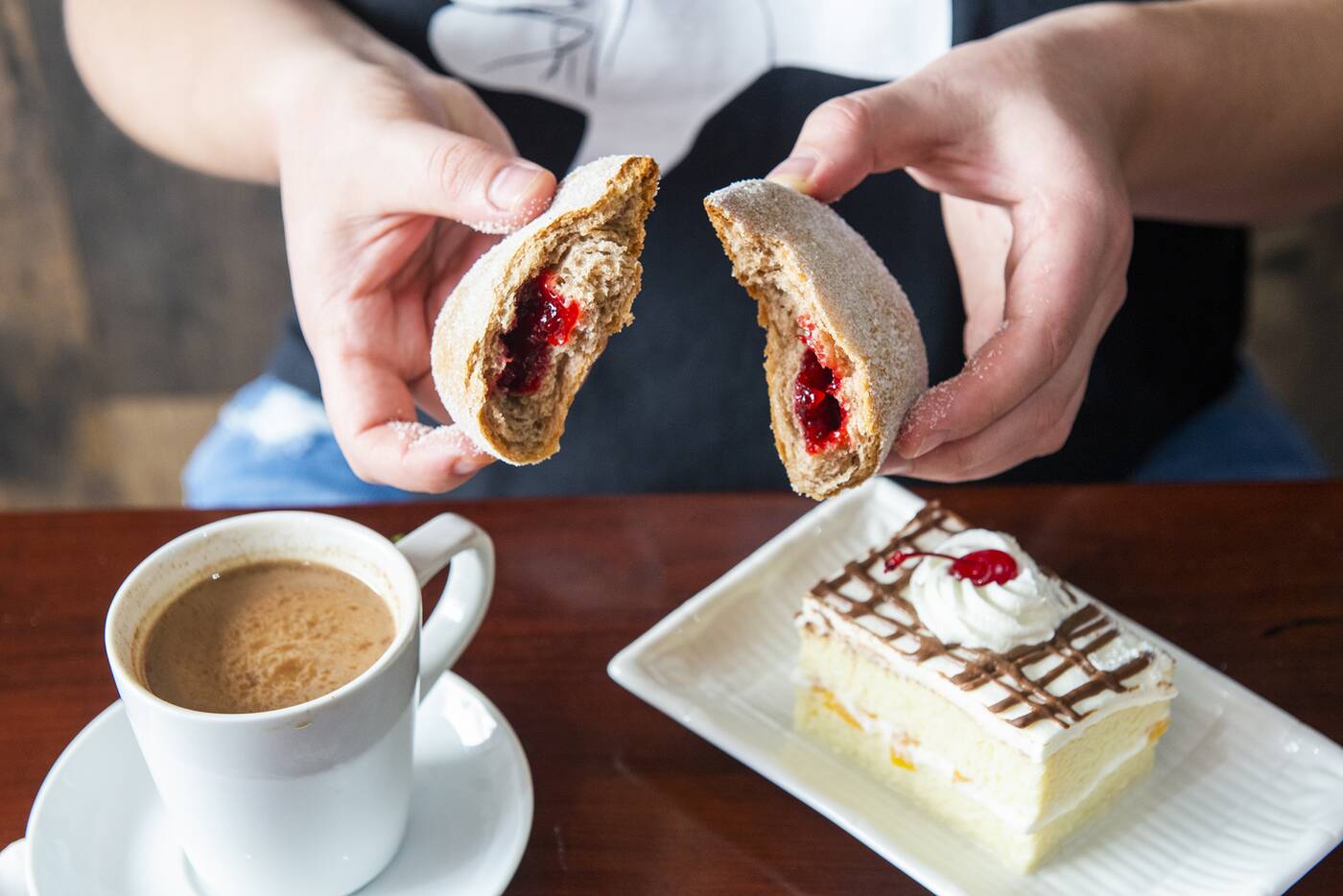 A sweet empanada, something I had never tried before, is quite bready, as opposed to crusty like a more pie-like savoury empanada, with a gooey and sweet strawberry filling and a dusting of sugar all over the outside. 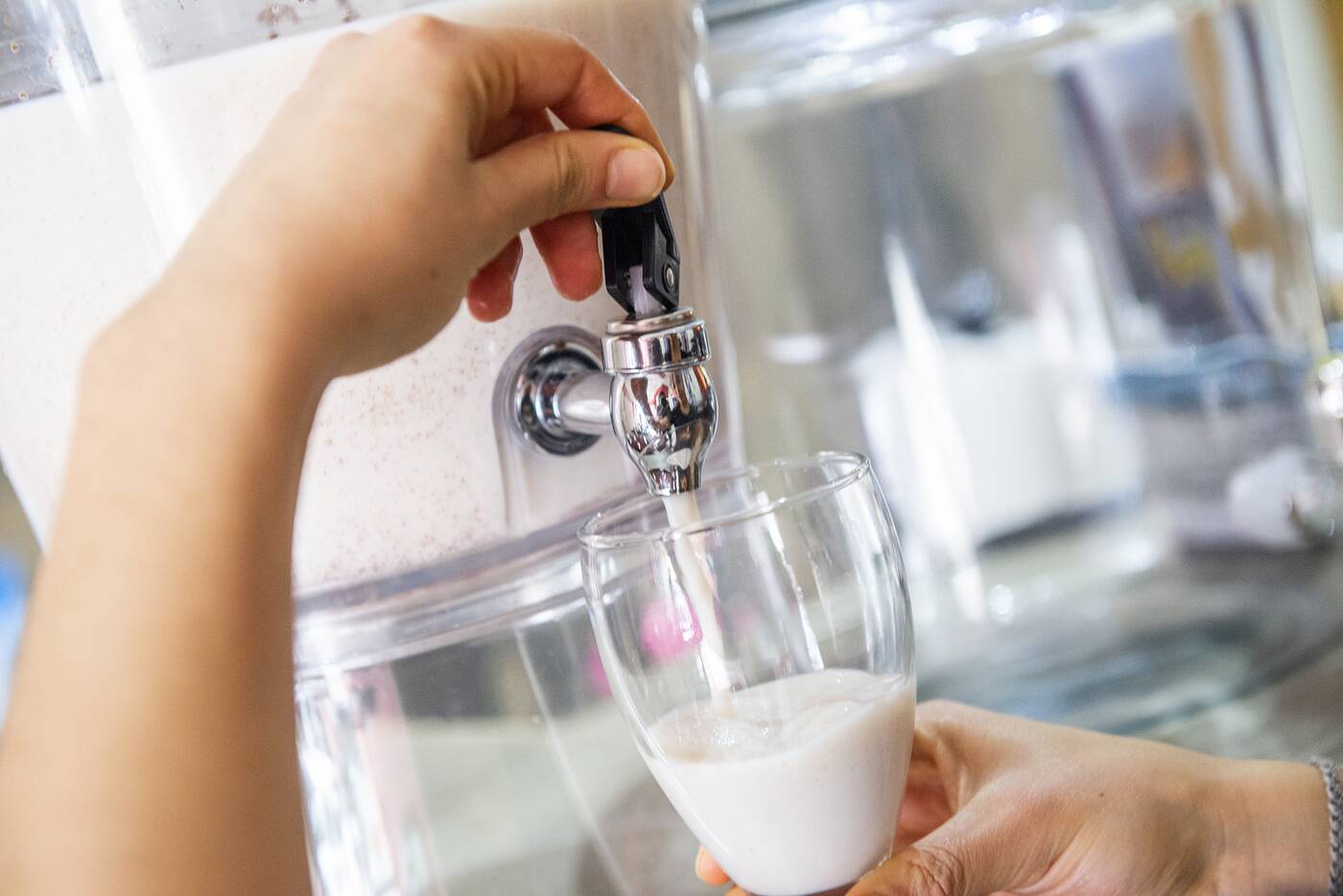 Horchata ($3.50) is made in house, a classic rendition of a Mexican spiced milk drink that feels like drinking rice pudding. 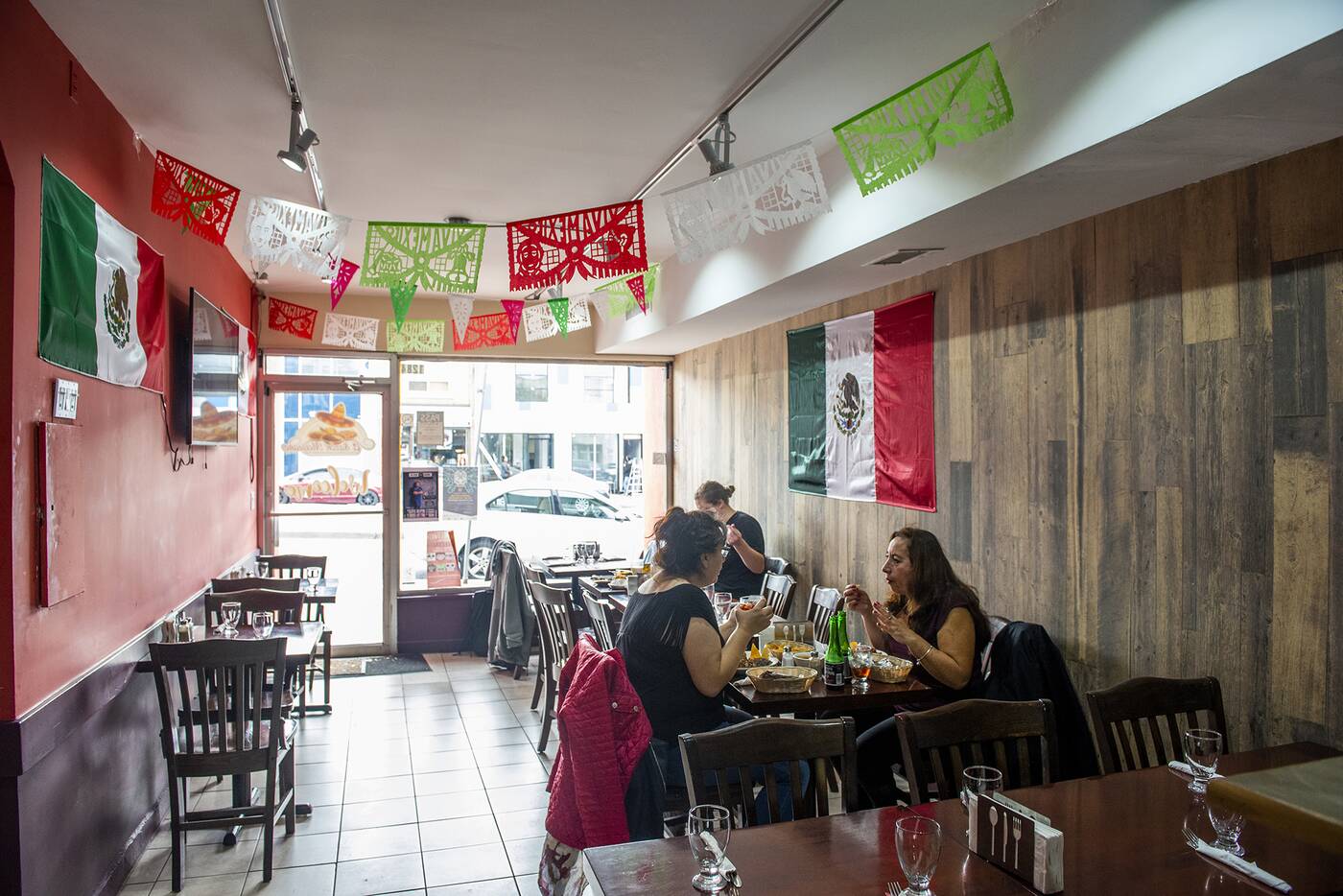 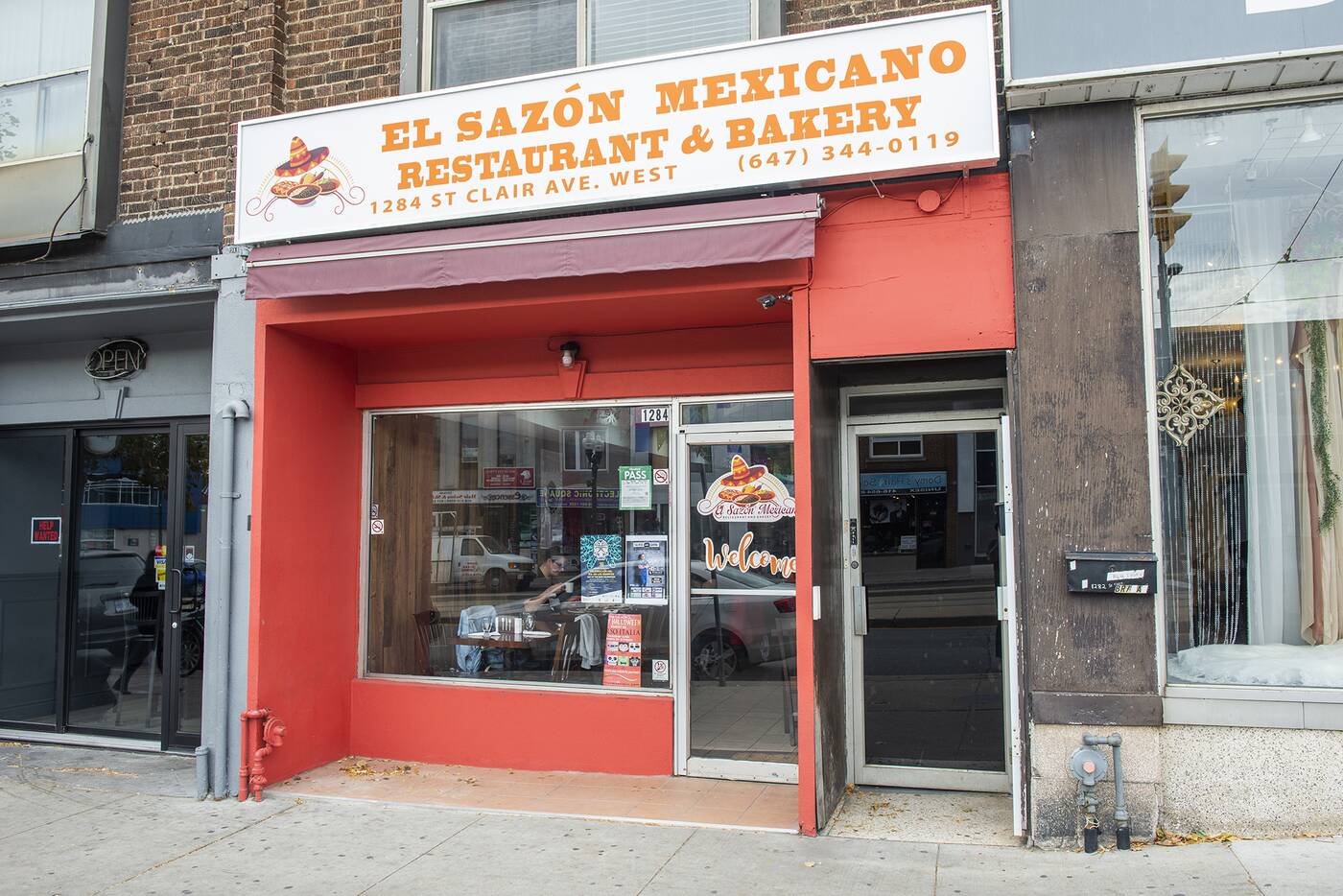