Enchilados Taqueria is where to go for a taste of Mexico in Toronto serving up tacos, burritos and quesadillas beside their special steamed tacos.

Inside the restaurant that's tucked away on Keele Street off Eglinton Avenue West, wood paneling frames the kitchen with an opening where customers come to place their orders. It feels almost as if you've stumbled upon a street taco stand. 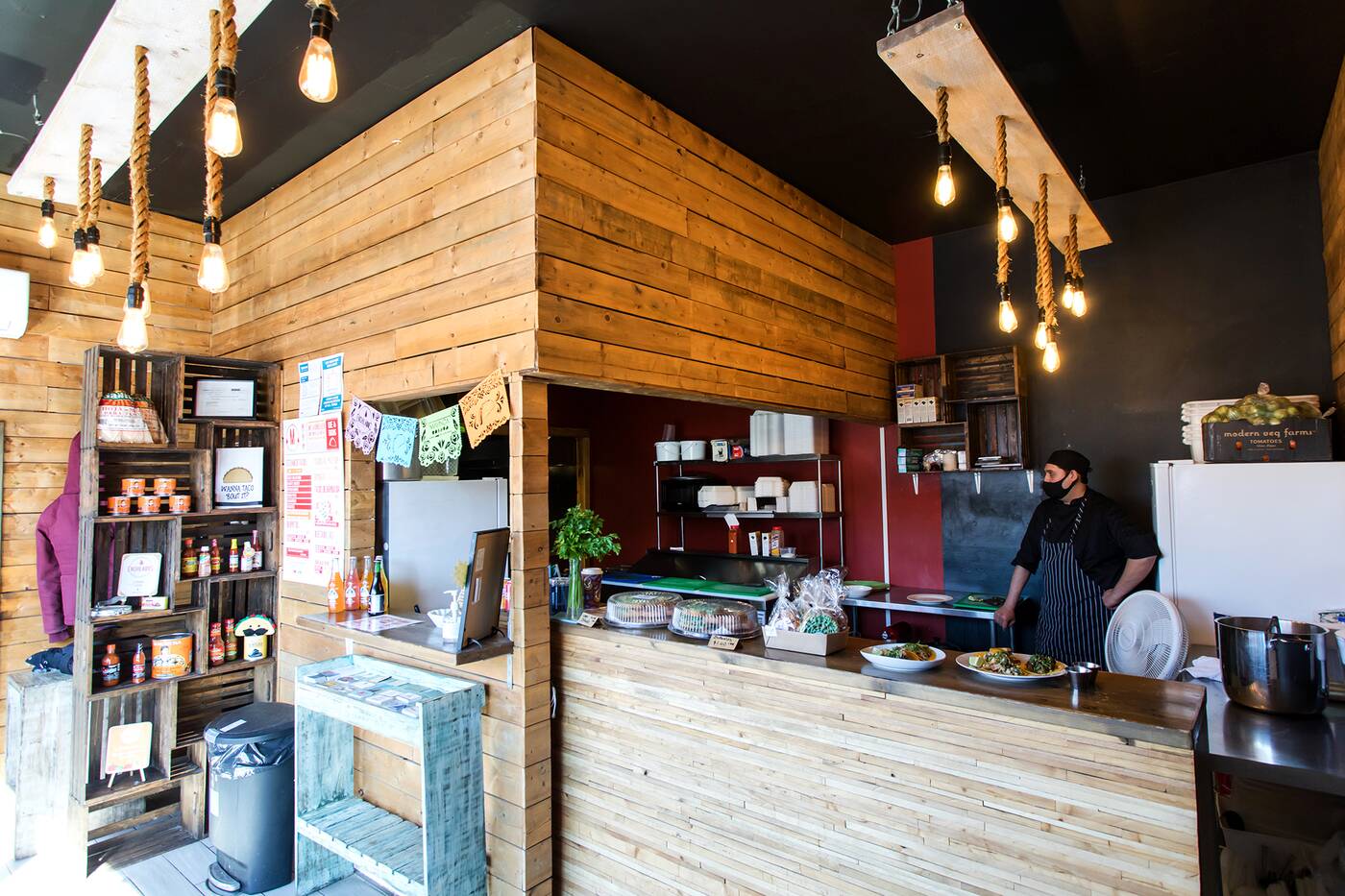 This makes sense since a lot of the inspiration for the spot comes from Desiree Jamal's family street taco business back in her hometown, Morelia. It's Desiree and her husband, Tomas Reyes who own the restaurant. 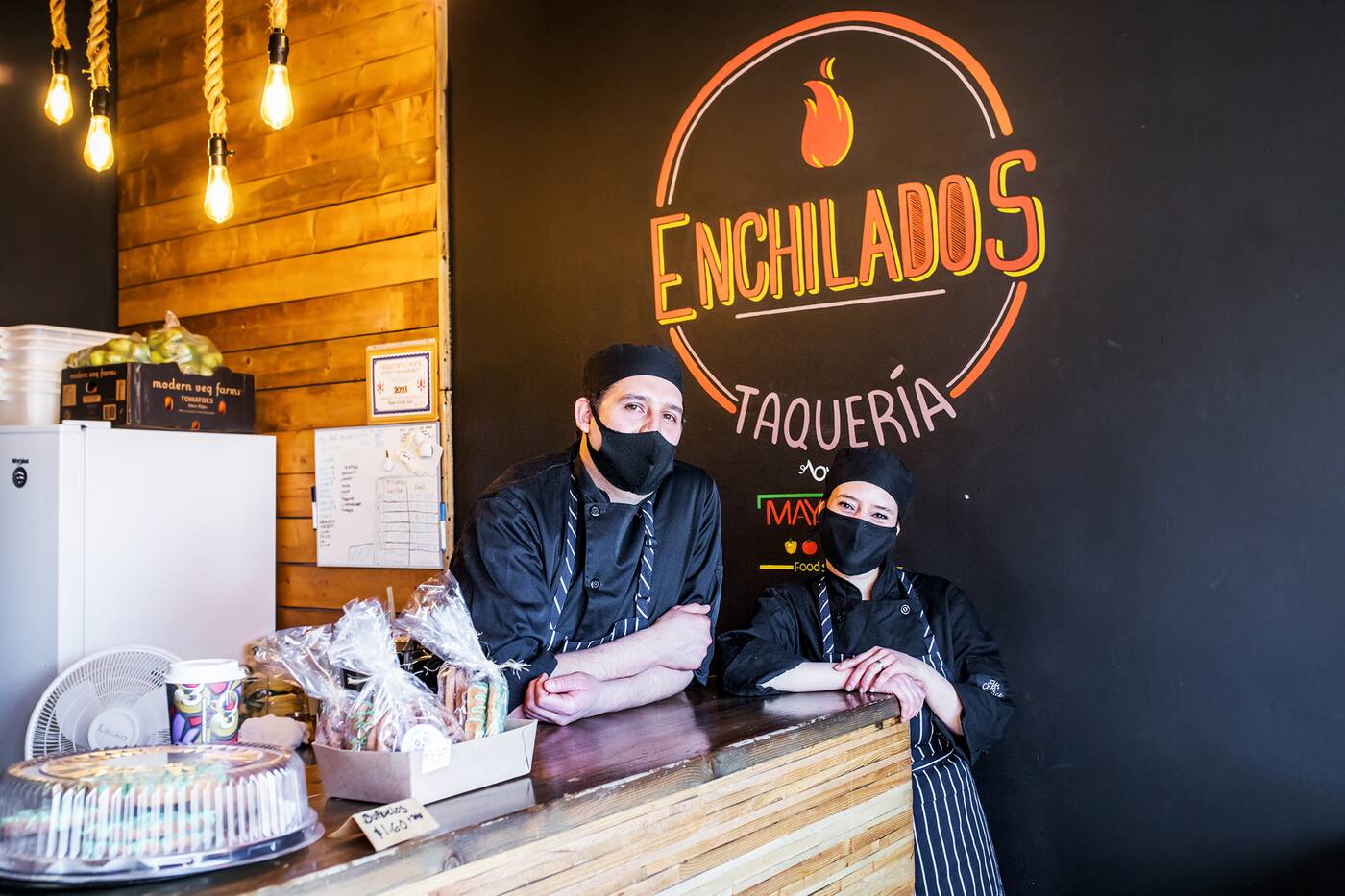 Tomas is from Ecuador, and although Mexican food is what they focus on here, they've coined a brand called Mayinca Food Services, a combination of both of their cultures, the Mayans and the Incans.

I'm told future restaurants that are currently being dreamed up by the couple would fall under this mother company. 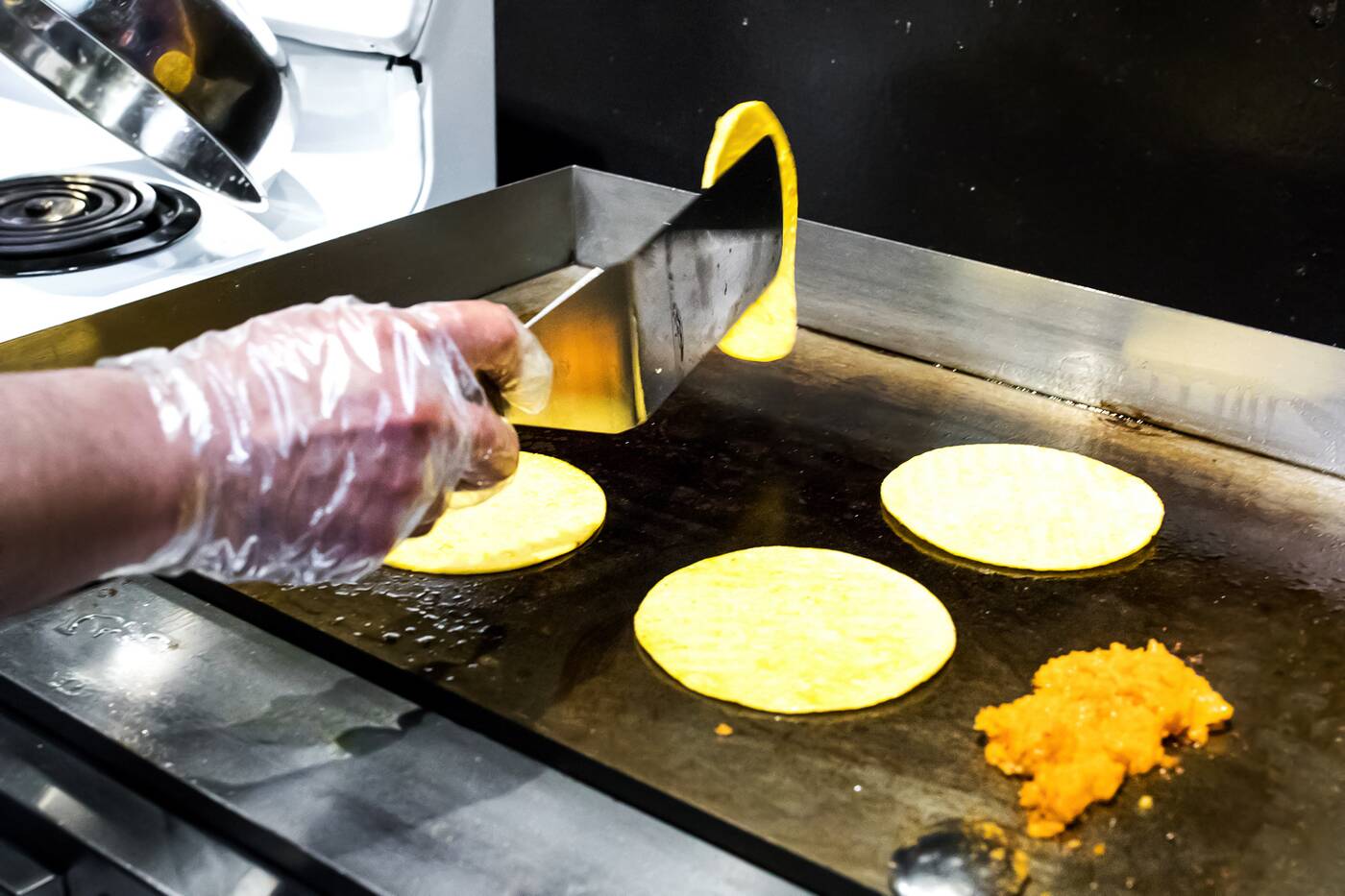 Hard to find at other Mexican spots around the city, their speciality is their steamed tacos or tacos al vapor which is made from Desiree's late grandmother's recipe. 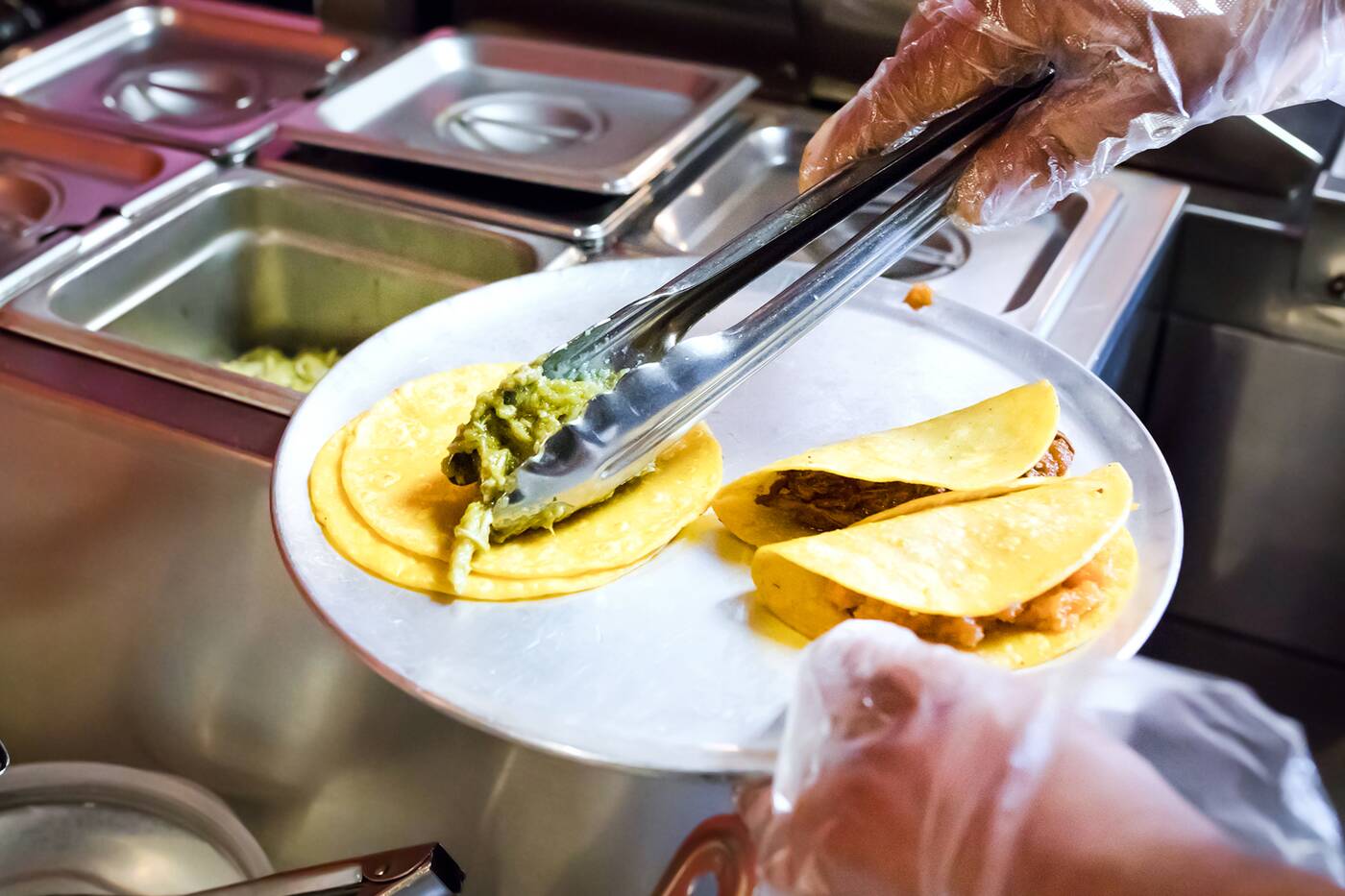 It's also the same recipe that's used in her family taqueria back home. Her family prepares them in a large cooler, though they're most traditionally made in large lined baskets which is where their other name, tacos de canasta comes from. 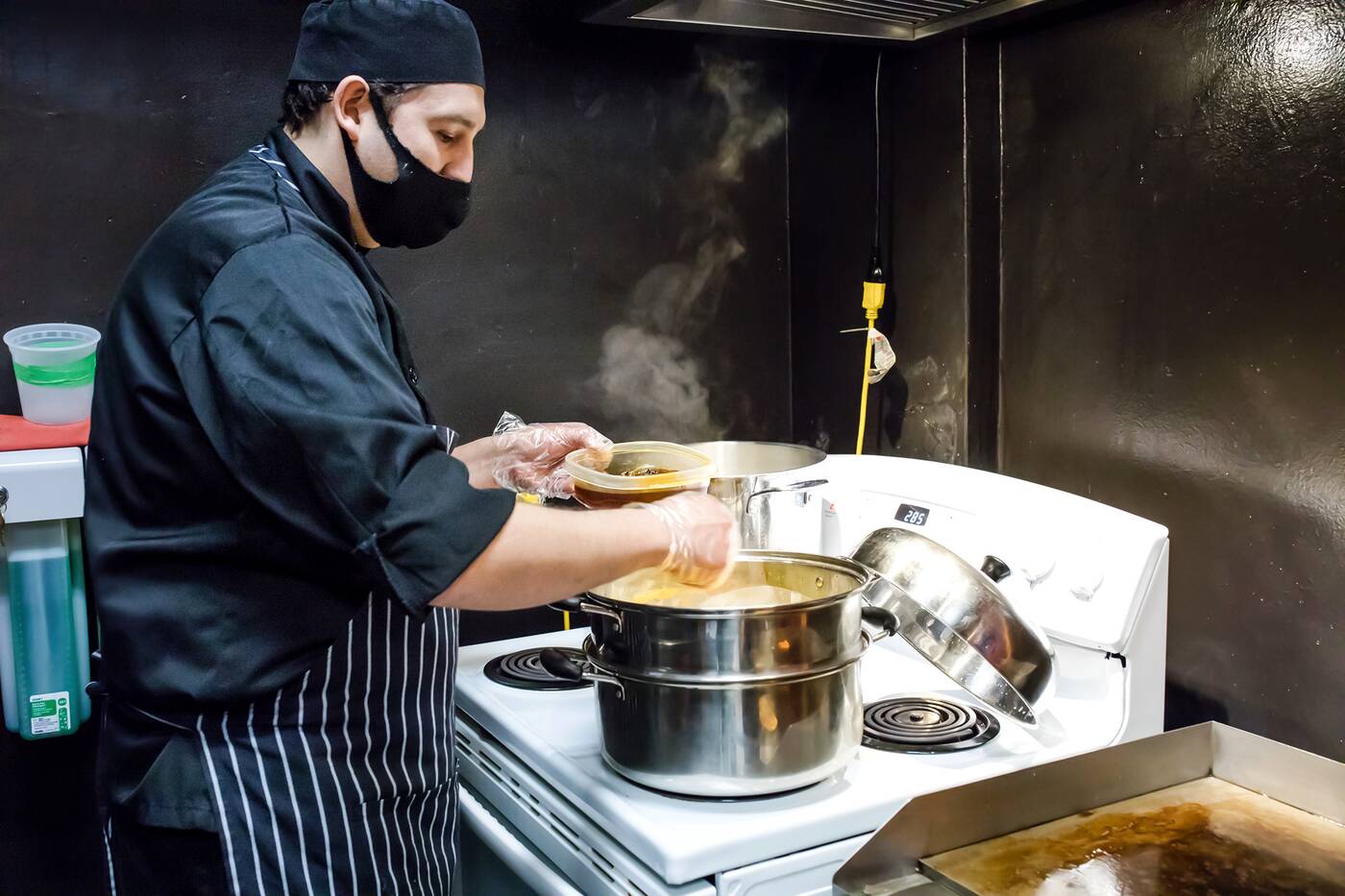 Here they heat up the soft corn tortilla on the grill before filling each with one of the six different protein options, brushing with a homemade non-spicy chili oil for extra flavour and placing in a steamer to soften. 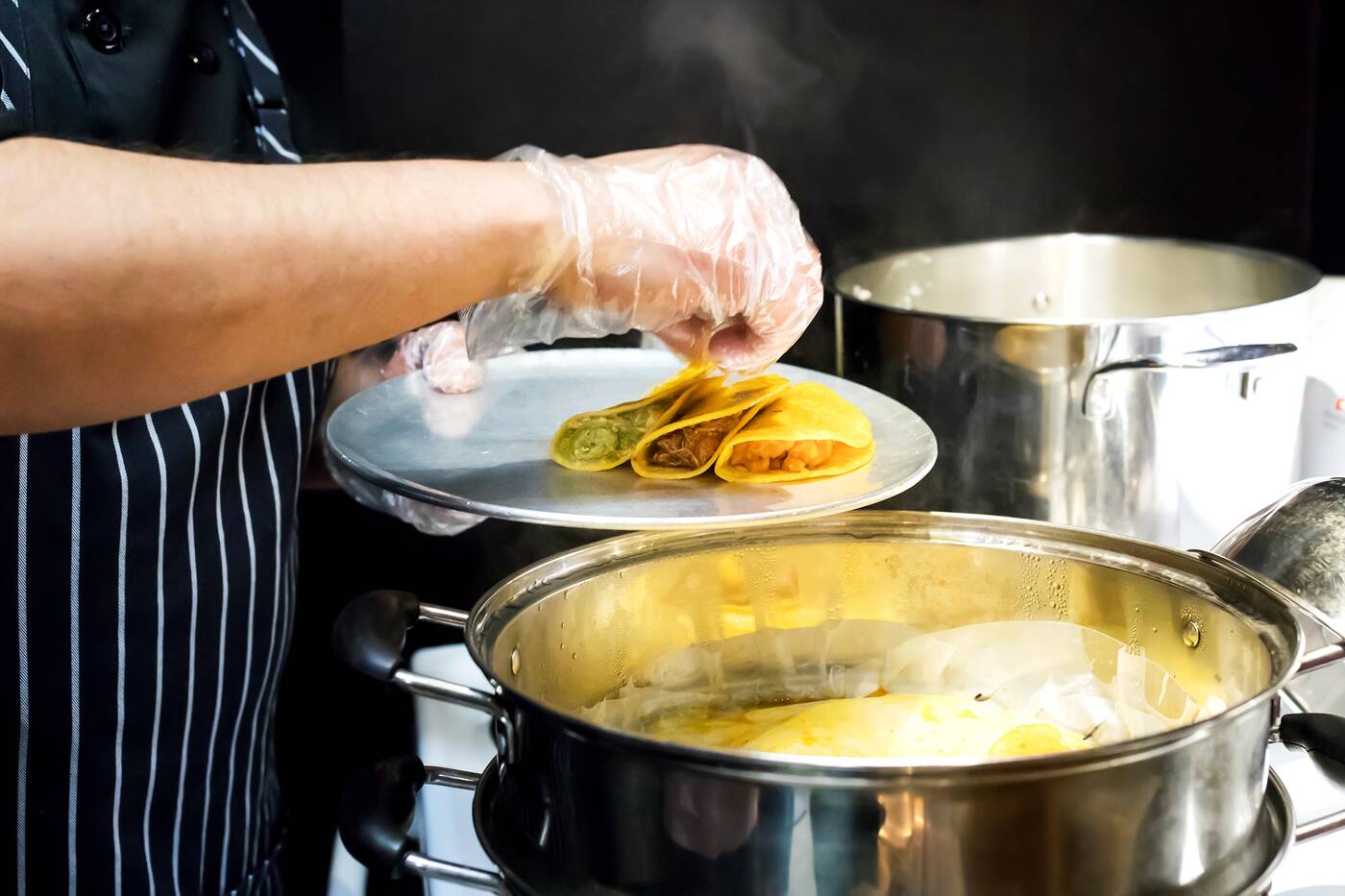 After just a minute or so of steaming, out they come. The ultra-soft tacos are served with pickled veggies, cabbage, and homemade salsa. 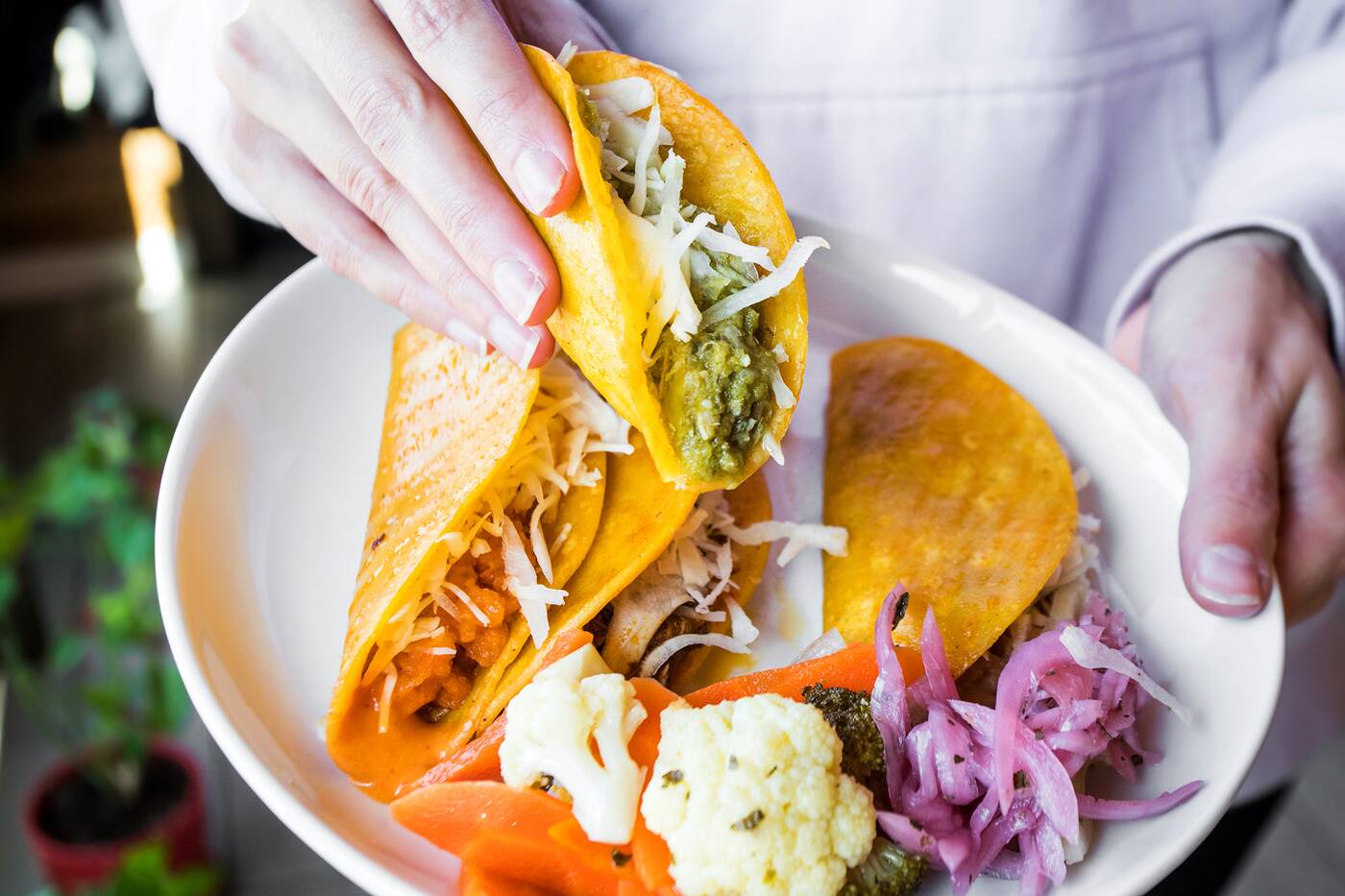 It's my first time trying tacos al vapor ($3.80 each or three for $11) and I'm pleasantly surprised by the first bite. Although much messier than your traditional hard or soft shell taco, the brush of chili oil makes for a lot of flavour.

When it comes to fillings, which are all prepared fresh each morning, we try the Green Salsa Pork, Adobo Pork, Chicharron and Refried Beans. All are packed with flavour, but the Green Salsa Pork that's made with green tomatillo and cilantro salsa is a favourite. 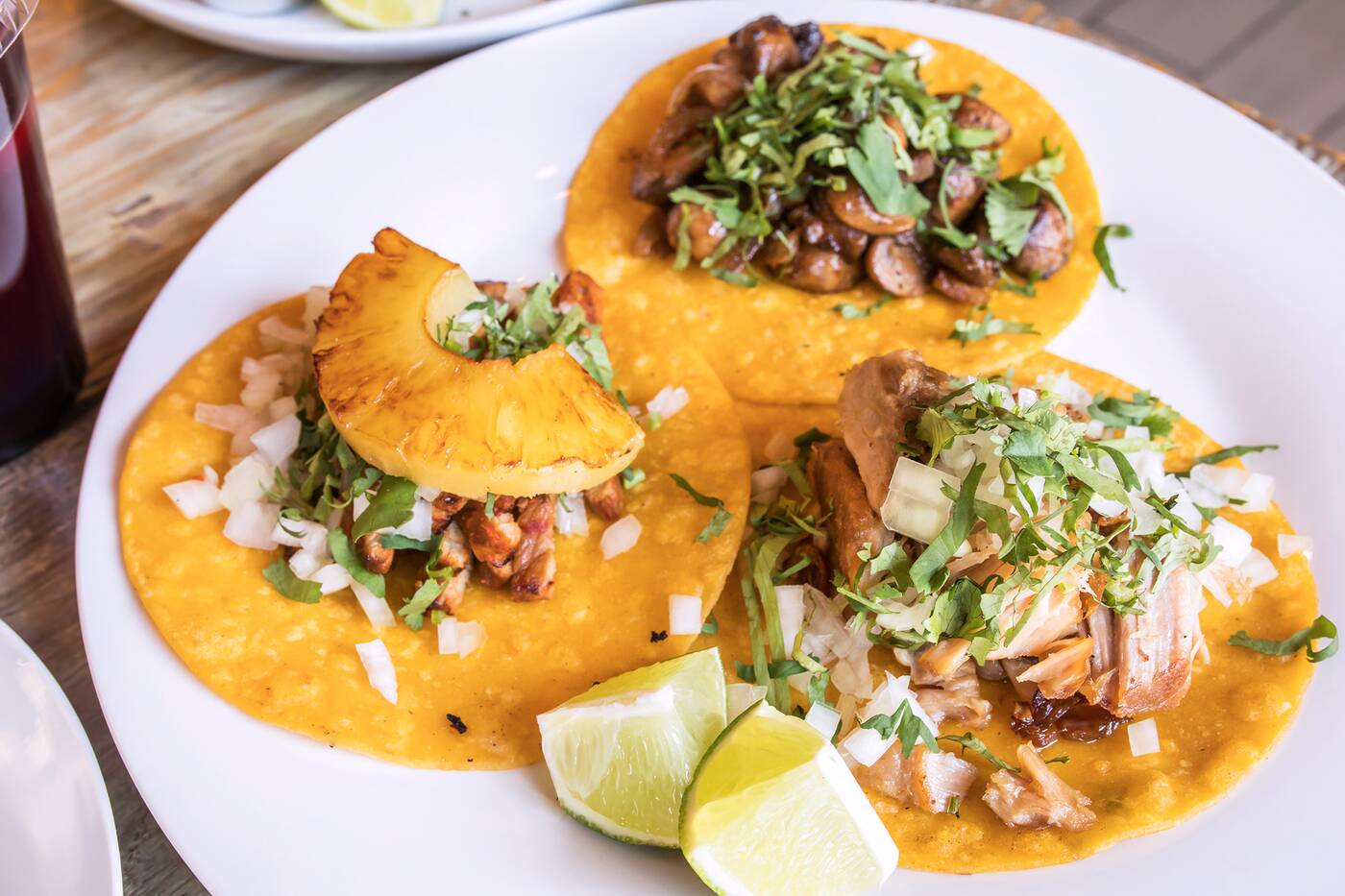 The rest of the recipes on the menu are the couple's creations, influenced by Desiree's intimate knowledge of Mexican cuisine and Tomas's culinary background.

Coming in four different options ($4 each, $4.50 for steak), the Tacos Al Pastor is made with pork that's been marinating in adobo, a mix of chili peppers, vinegar, herbs and spices for more than five hours. It's easily the most popular of the tacos. 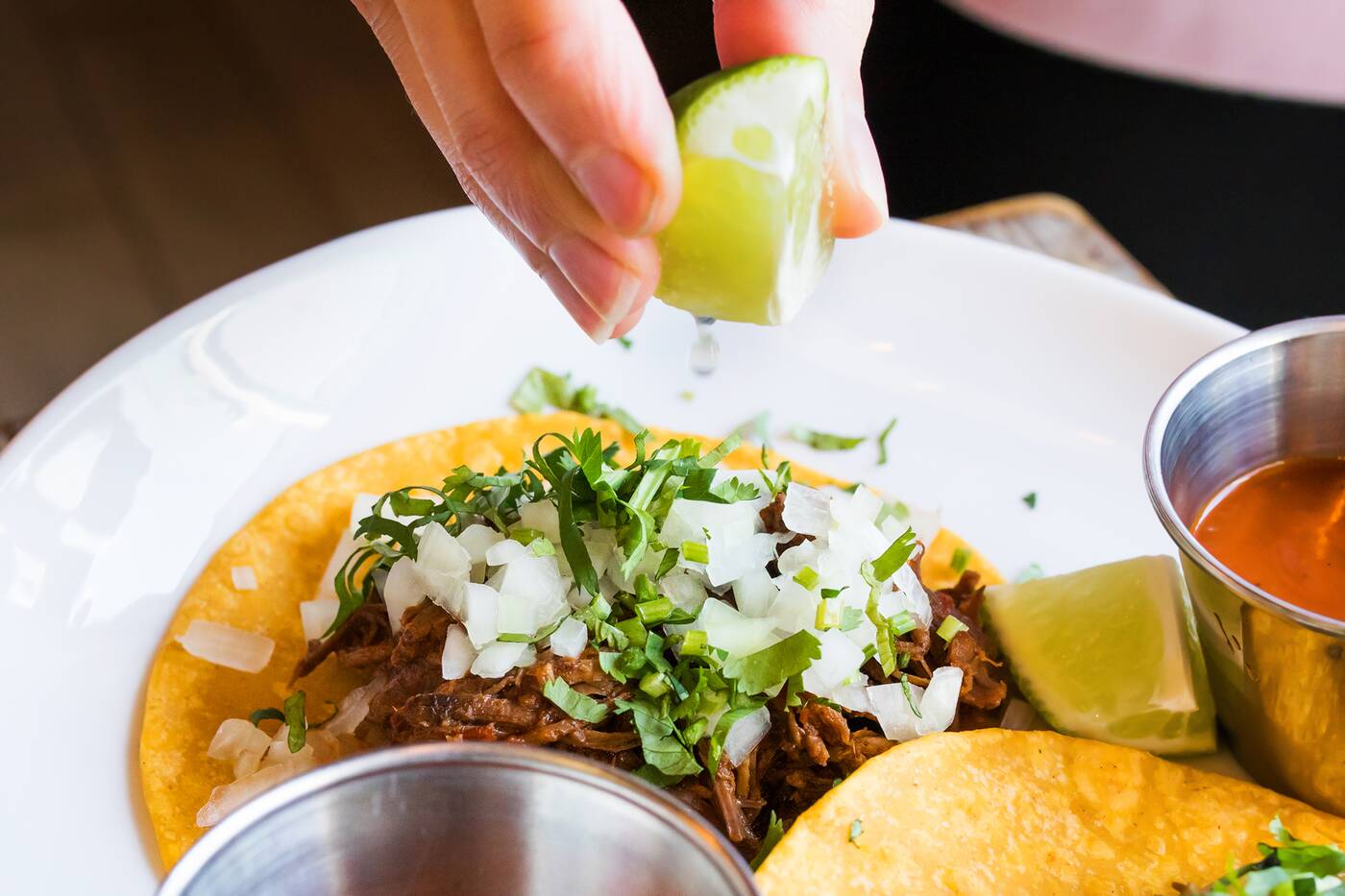 Each soft taco comes with onion, cilantro and fresh lime on the side, just how it's enjoyed in Mexico. 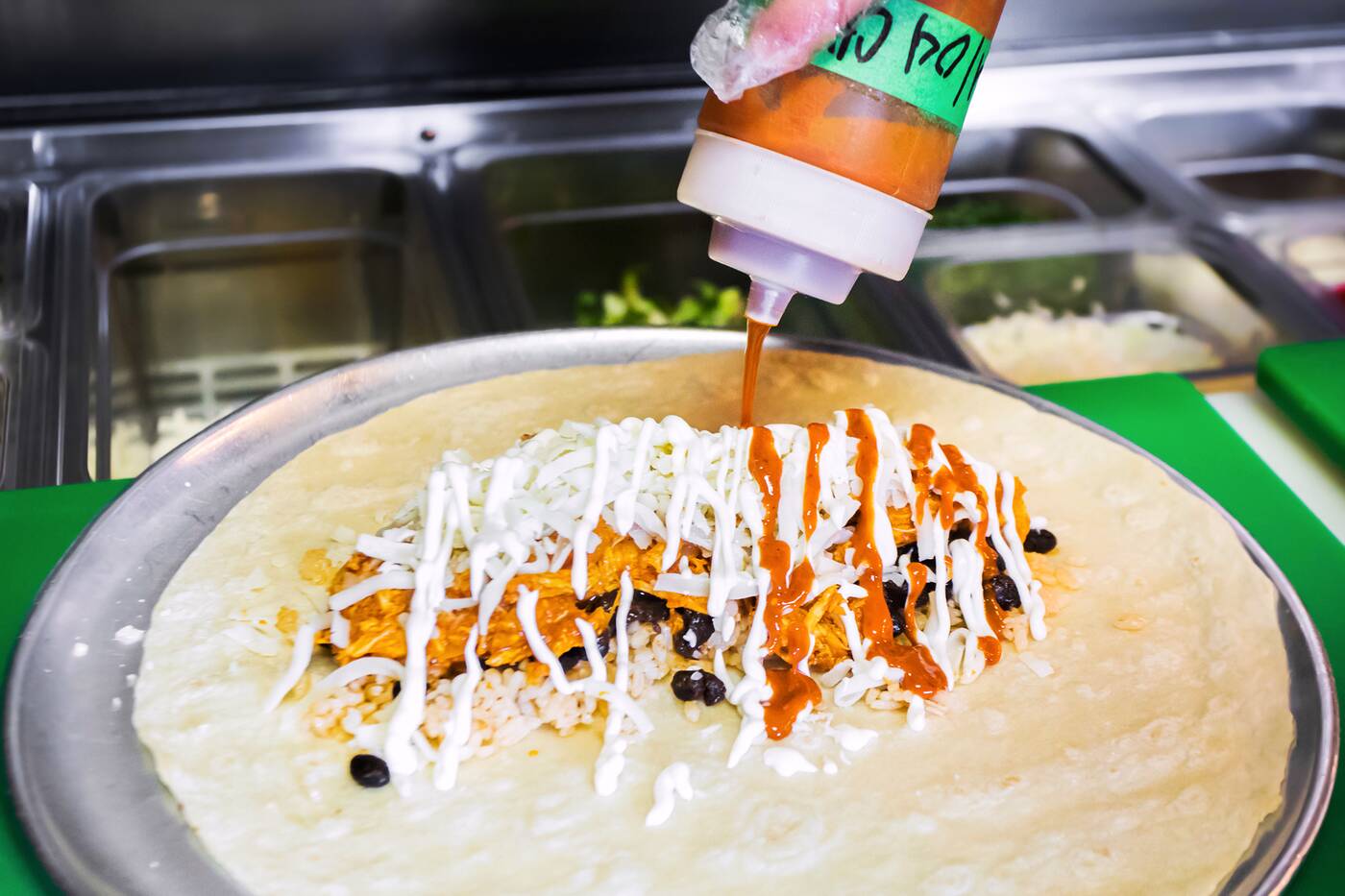 You can also choose your preferred filling for the burrito (ranging from $8.50 to $12). Besides the protein of choice, it comes stuffed with pico de gallo, mozzarella, lettuce, rice, refried beans, sour cream and chipotle in a flour tortilla. 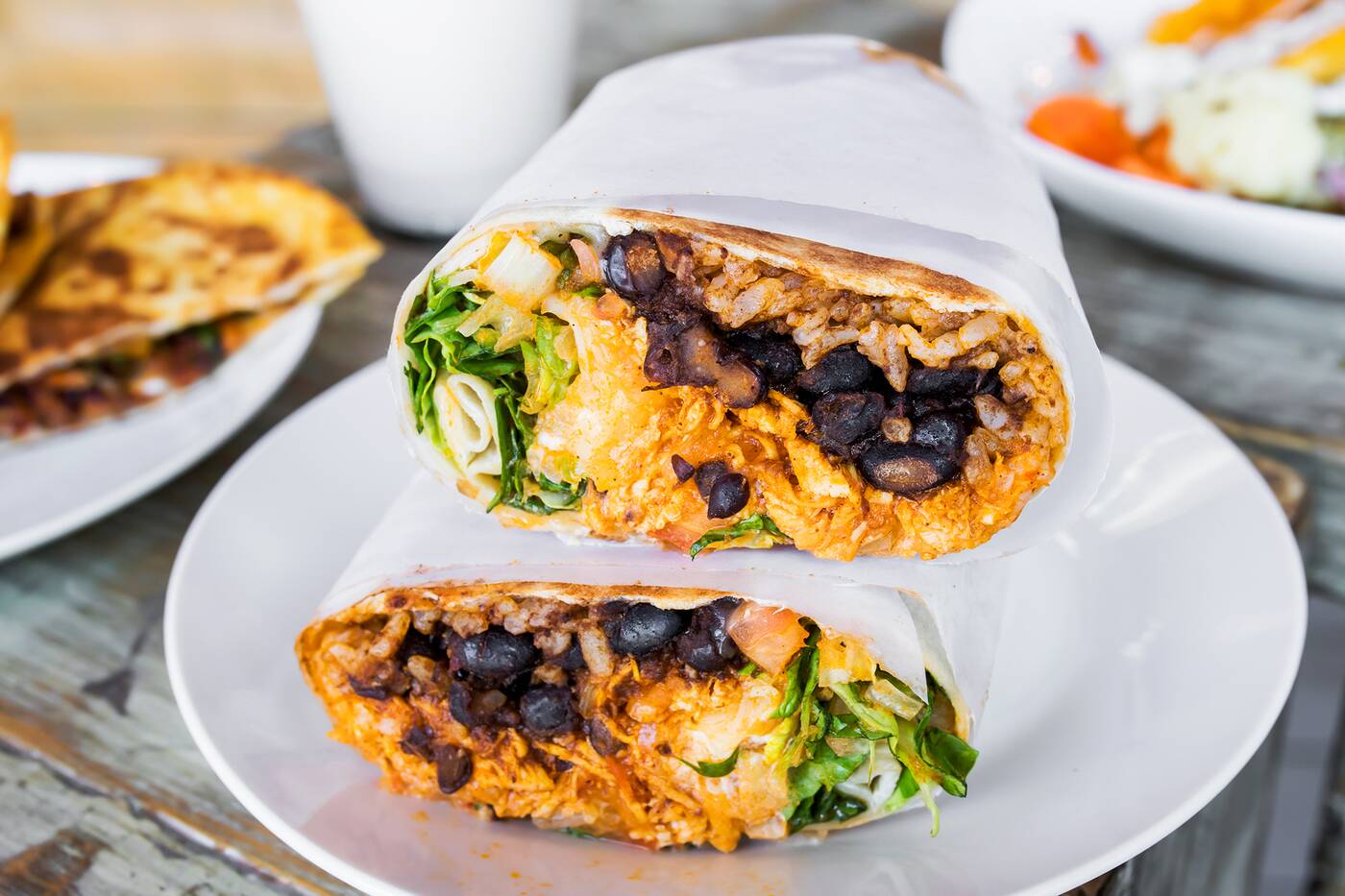 After hitting the grill for a hot minute to char the tortilla and warm the insides, the burrito is cut down the middle. They don't skimp on the fillings here, it actually has a bit of weight to it. 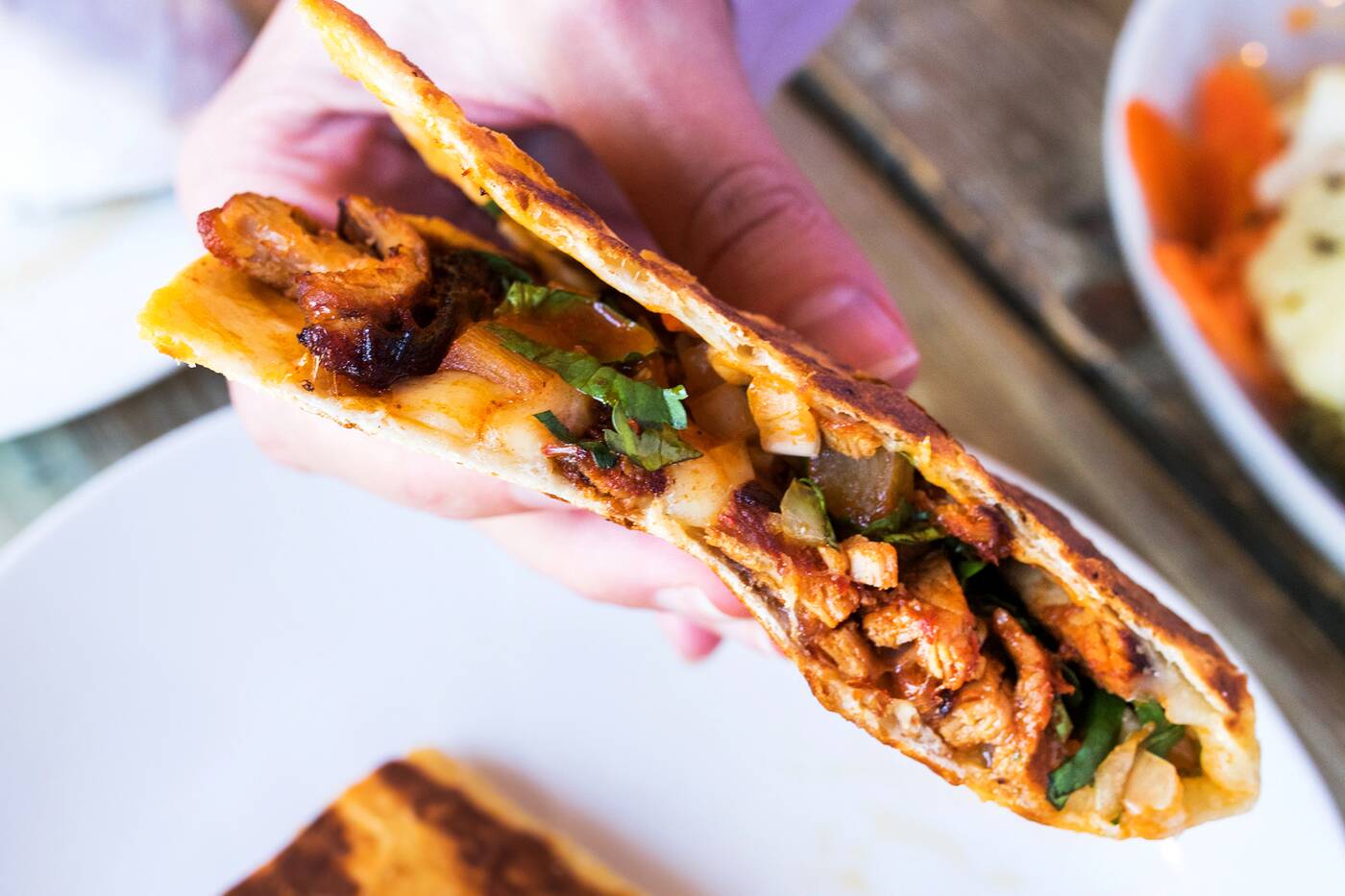 The quesadillas (ranging from $7 to $10.50) come with the same filling options, as well as your choice between four different salsas varying in heat levels, just like every other dish. 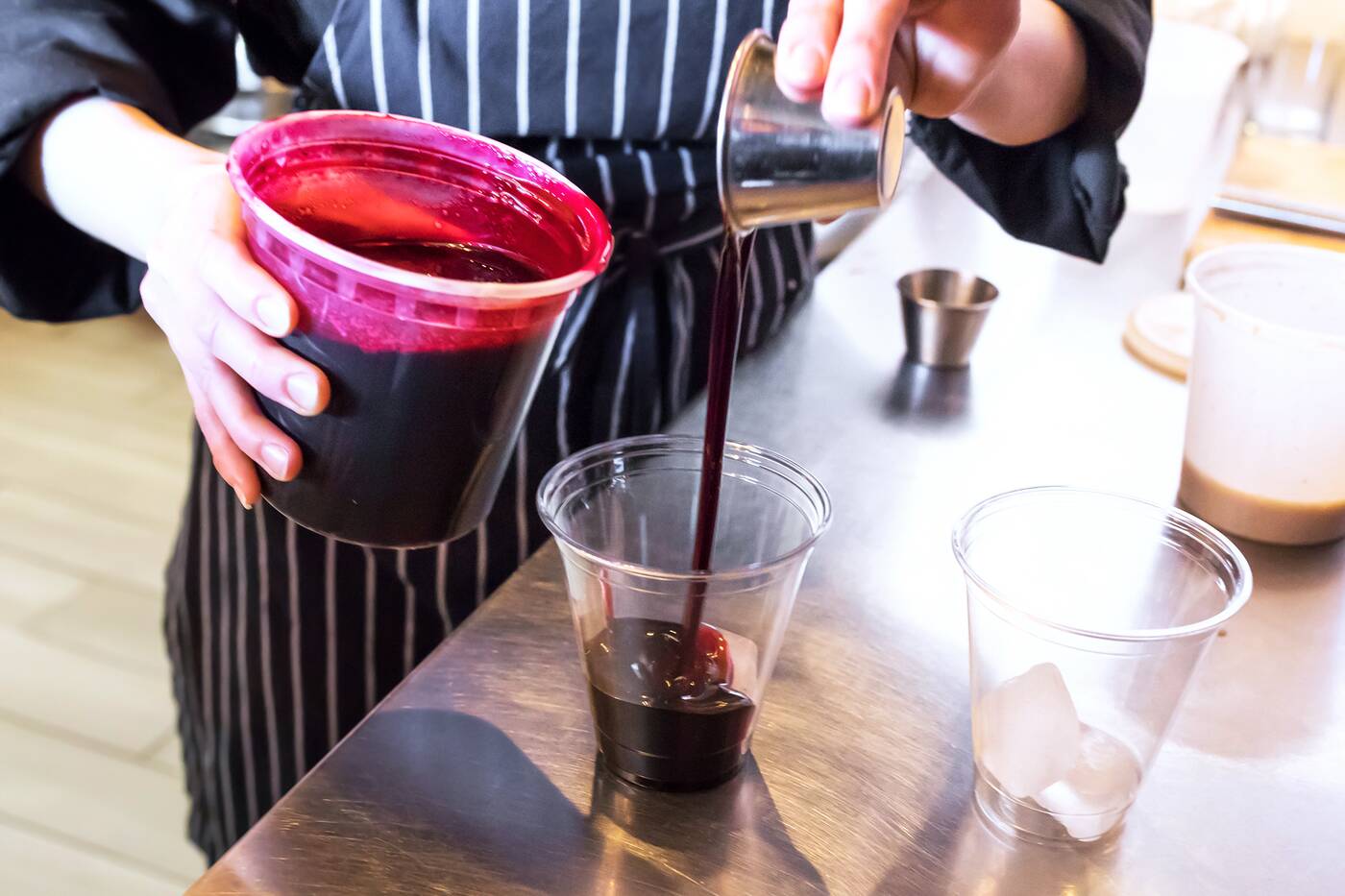 The homemade drinks sold here are concoctions of Desiree's mother's current juice bar business in Mexico. Jamaica (litre: $7, cup: $3) is made with a thick concentrate mixed with fresh hibiscus flowers and cane sugar. 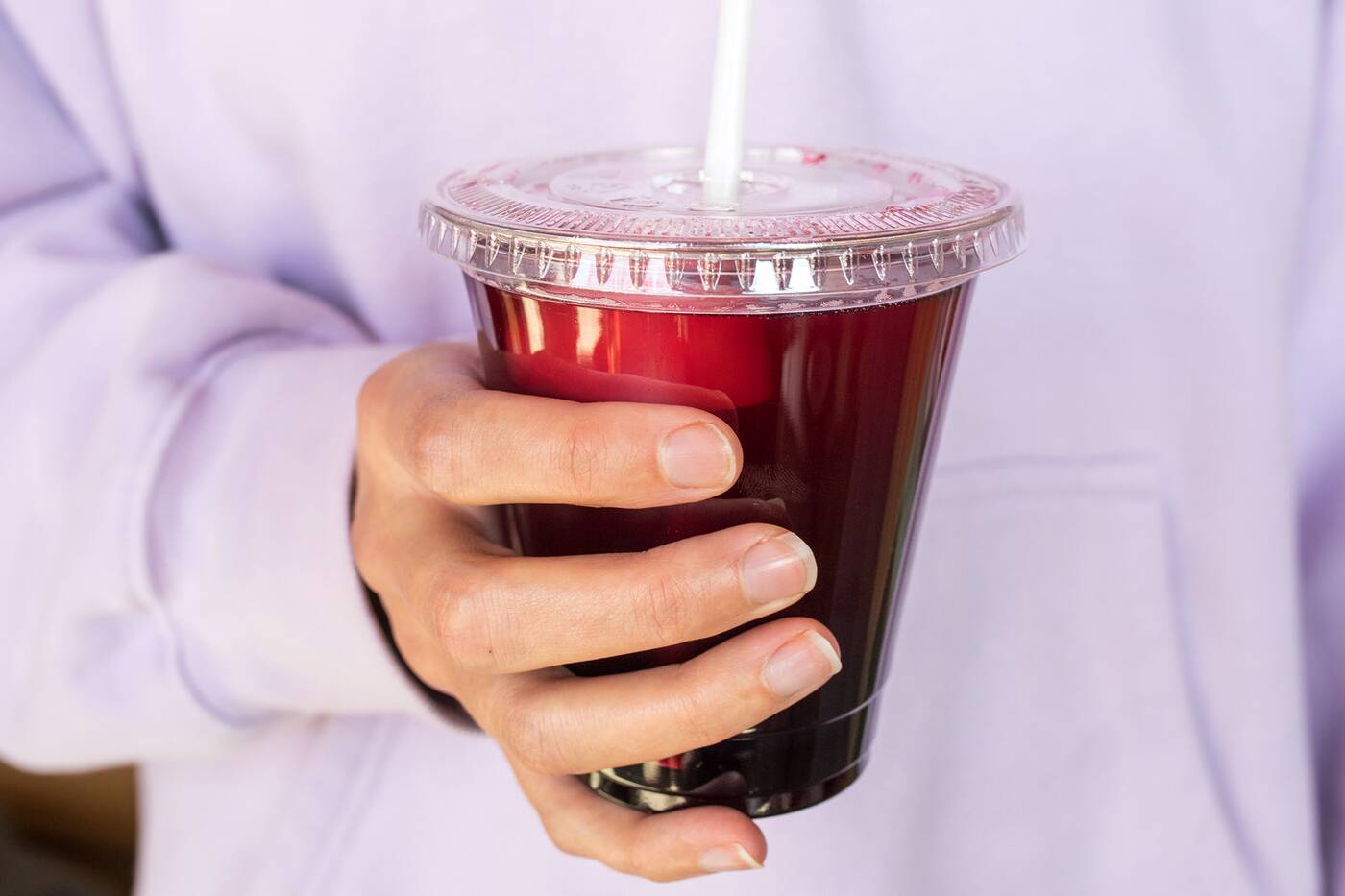 The refreshing hibiscus flavour makes for the perfect drink to wash down all those tacos. 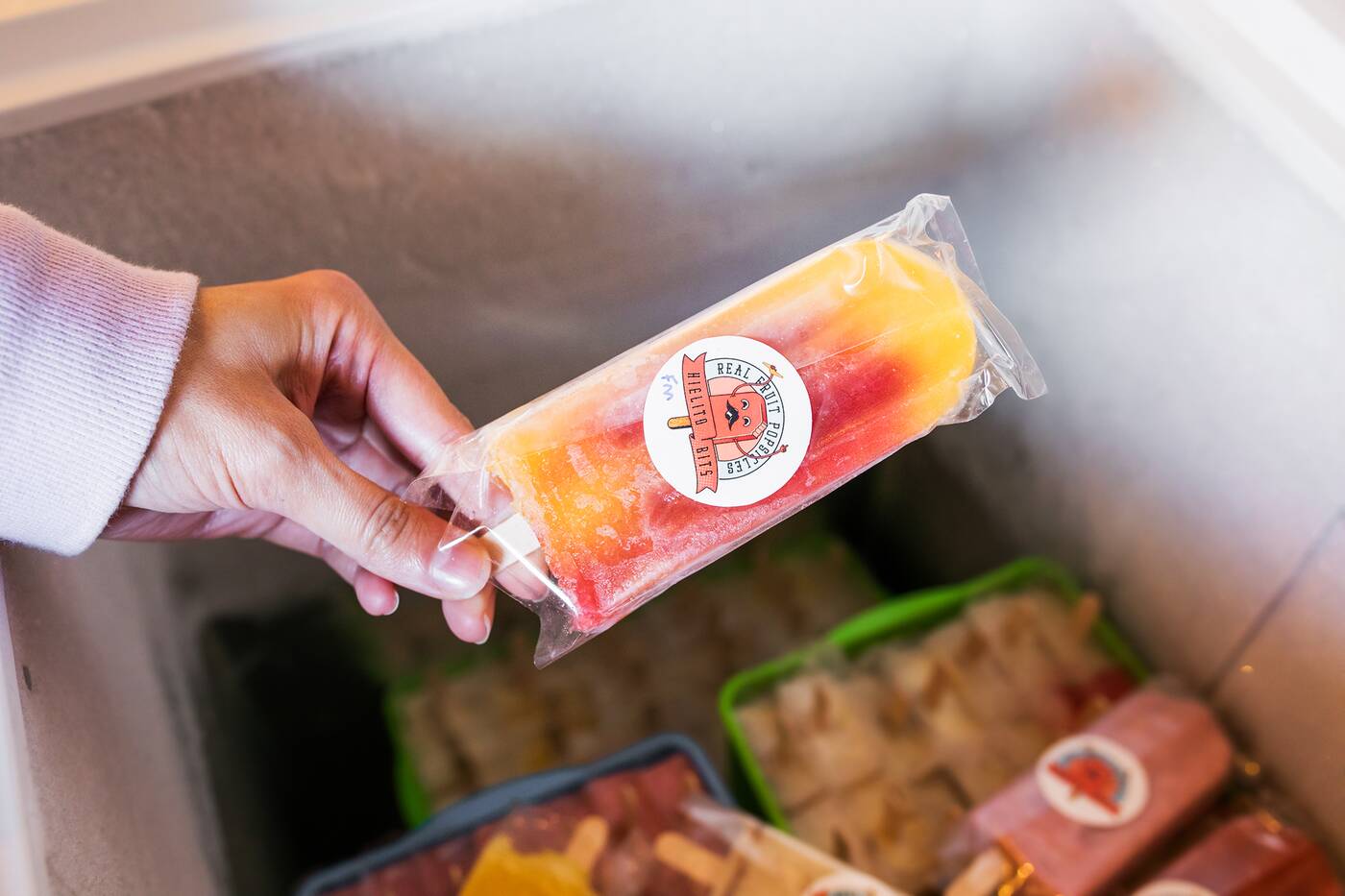 Tasty Mexican sweets can also be found in the restaurant including churro-like treats from Buñuelo Mío and fresh-fruit popsicles by Toronto-based Hielito Bits.

Enchilados Taqueria adds to a neighbourhood that's known for drawing people in search of tacos, providing locals and visitors alike yet another reason to head to the area. 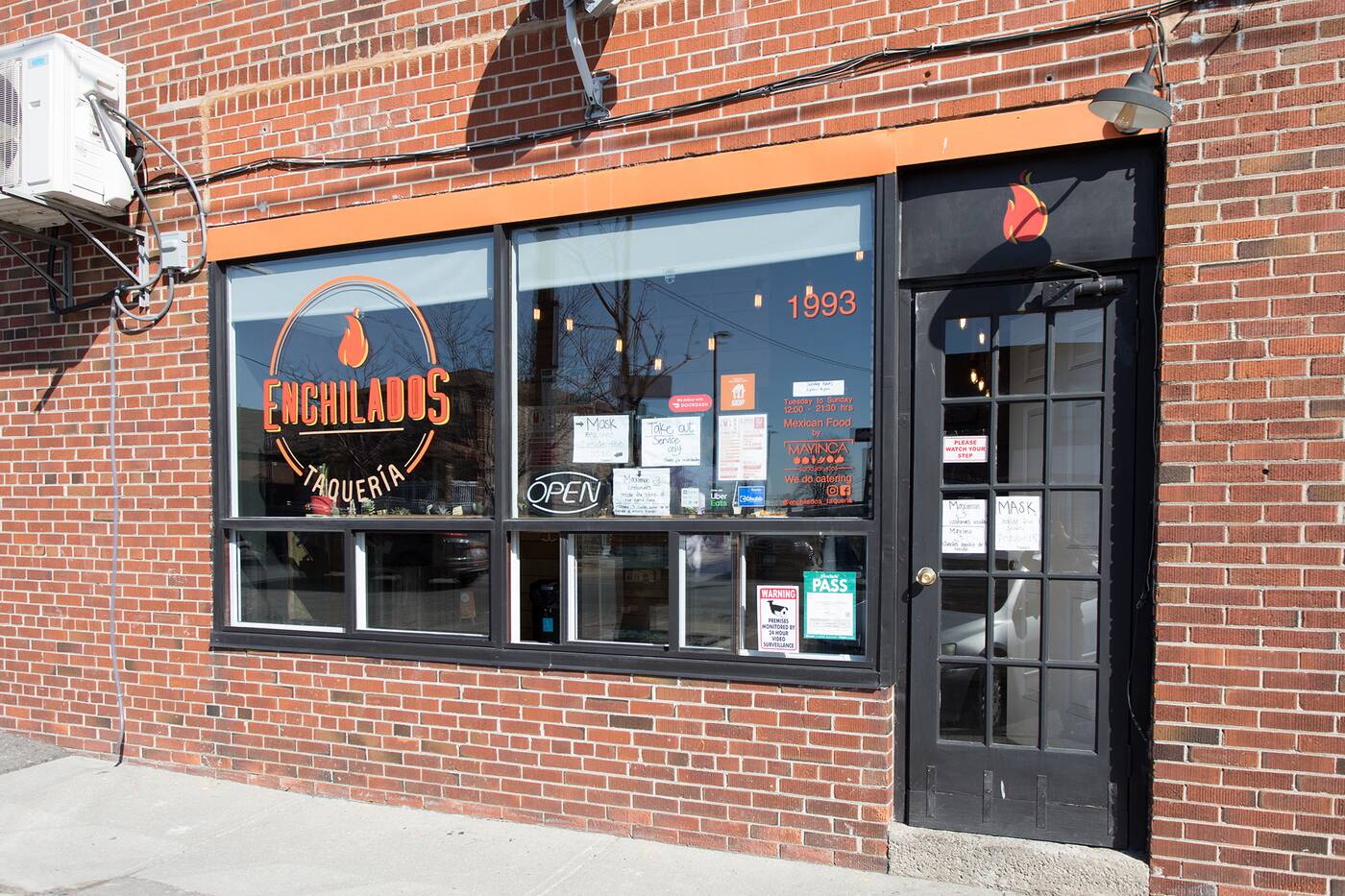