Up until this week, my fill of Eastern European dining was generally found in the all-you-can-eat perogie Wednesdays at Future's Bakery. I hadn't had good schnitzel since Alegria closed on Queen West and so, I settled. I mean, all-you-can-eat perogies is a pretty fun concept even if you rarely get past a plateful.

That was until I discovered the Prague Fine Food Emporium .

Located on Queen West, just west of Bathurst, Prague has managed to fill their little Old-Toronto sized space with a deli, bakery, pastry-shop, grocery store and cafe/restaurant... and really, it's not even cramped!

Stopping in for a late Saturday brunch, my friends and I could only find a few stools by the window ledge, but the helpful wait staff was happy to move us to a roomier table once a family had finally polished off their potato pancakes. 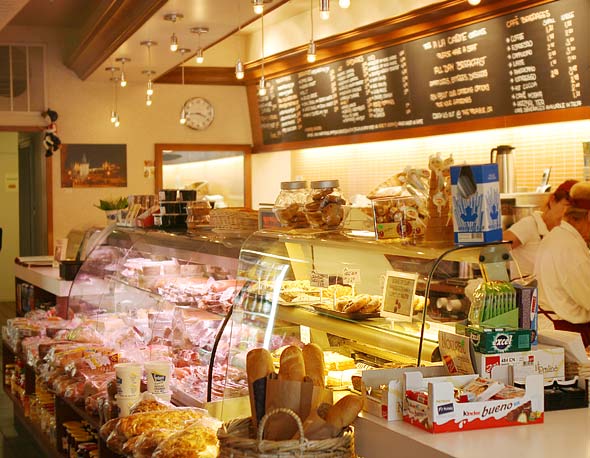 While waiting for our order (as everything is made fresh -- no hot-table here) we had some time to look over the grocery shelves and marvel at all the imported goodies. Czech flour, Polish sausage, Hungarian paprika, a pan-European cheese section and sure enough, Future's Bakery bread... you could cover most of your grocery list on these few shelves. 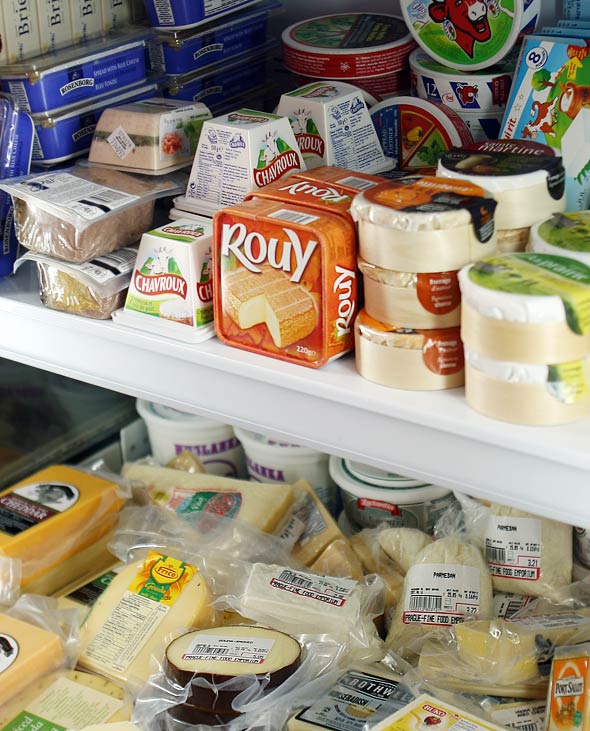 Then, just as we were getting ideas of trying to cook our own meals (it happens!), dishes that far exceed our skill arrive at the table. 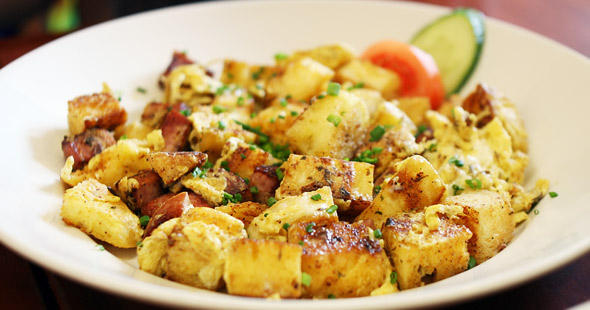 From the all-day breakfast menu, Czech-Break ($7.50) is a bowlful of bread dumplings and egg (imagine chunks of fresh French toast) with Kielbasa (sausage). My supposedly famished dining companion could barely finish off this hearty bowlful, but it was so tasty she had no trouble enlisting the rest of us to polish it off.

Myself, I was going to get some Chicken Schnitzel (which I should mention also comes in a vegetarian Eggplant Schnitzel form!), but decided to go with those classic Polish-style Cheese Perogies ($7.90) after a neighbouring diner highly recommended them.

Pictured at the top, they were served with bacon, caramelized onions and a generous cupful of sour cream and chives. Who needs all-you-can-eat when you can get lost in this amazing dish? I really should have asked what cheese was in 'em (if they'd tell me) 'cause it was incredible... far better than any perogie in recent memory. This obviously works well as an entree but I'd actually suggest ordering it as side dish for sharing with friends - as you'll be doing so either way. 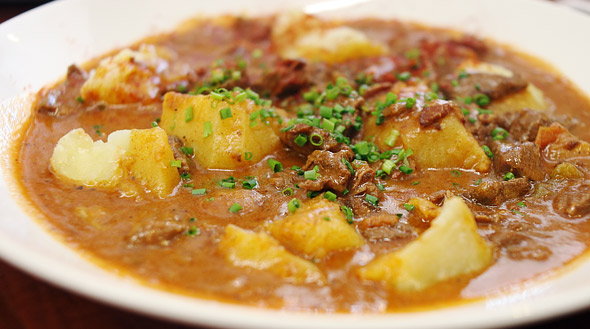 And across the table, a Gypsy Goulash ($9.90) -- beef, Moravian sausage, potatoes and some chopped vegetables all stewed together and served with a potato pancake. This is one of those dishes that smells so good all the people sitting around you lean over to see what they're missing out on.

As with the other entrees, this became a shared dish, even doubling as a perogie dip at one point (Mmmm!). Still, some improvements could be made here. While the beef was plentiful, we only found 2 little pieces of sausage. A couple more chunks of non-potato veggies would be a welcome change as well. 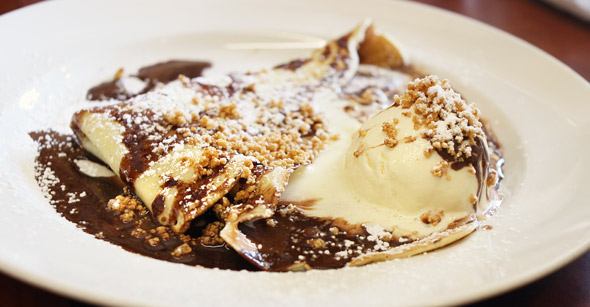 The daily special was Palacinky (crepe) with ice cream, chocolate, and chopped hazelnuts ($4.50). The chocolate-addict called that one before the waitress had even finished describing it...and lived to be quite pleased with her decision. She was also the first to clean her plate despite being "full" before dessert. 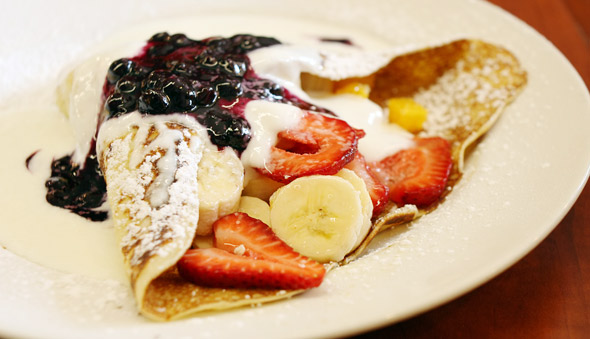 I would have helped, but I had a mouthful with an order of Palacinky stuffed with yogurt, fresh strawberries, banana, orange and blueberry compote ($7.50). This was suggested by the waitress off the breakfast menu, and while I absolutely adored it, it's probably better suited as a meal in itself. I didn't even finish yet still had to be rolled out the door! 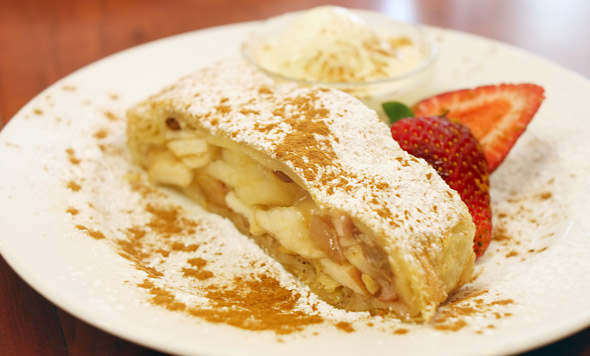 Finally, a slice of a European classic: Apple Strudel ($4). You know you've got a good strudel when the baked apples are so fresh and flavourful they still have that almost crisp texture to them. Served with vanilla ice cream and a sprinkling of cinnamon, this was a strudel the Von Trappe Family could sing about. 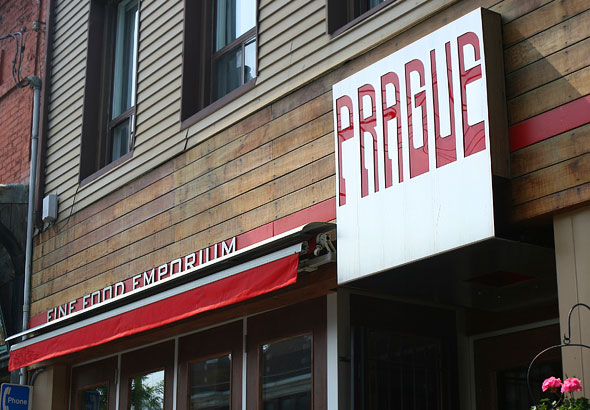