The Cream Brewery seems like it was plucked from a mad scientist's lair. A giant silver canister of liquid nitrogen frosts along the spout and nozzle, spewing out at a temperature of minus 196 Celcius in a plume of cloudy fog. All to make ice cream. 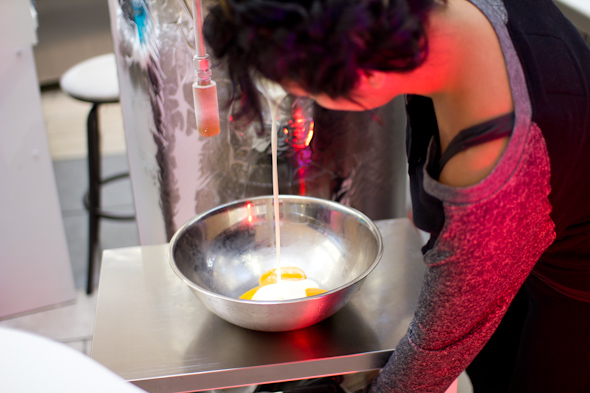 The new stand at Dufferin Mall is the brainchild of Bobby Robles, whose background is in molecular gastronomy. "He's so passionate about this stuff," his wife, Gleiamour, tells me. "And he--well, both of us--we're against preservatives. Ice cream you buy at a store, you have no idea how long it has been frozen. Here, you actually watch it freeze." 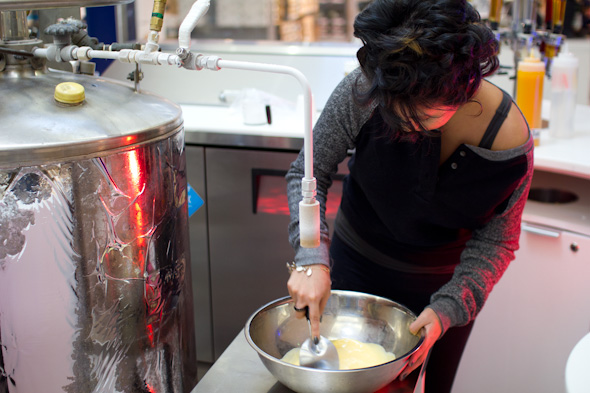 The husband and wife team started their business as a catering venture, appearing at weddings, bar and bat mitzvahs, special events, and even the odd Toronto club. But Bobby wanted to venture out and see how they'd do as a stand-alone kiosk. Gleiamour admits that it has been sort of slow these past two weeks since The Cream Brewery's Dufferin Mall launch, but recognizes that the concept can be tough for people to get their heads around. 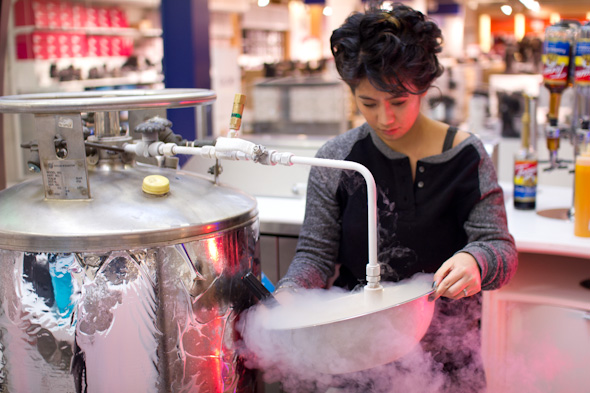 The Cream Brewery works in three steps. One: customers choose their liquid base. There are six options, from non-dairy sorbetto with 0% milk fat, to yogurt, reduced-fat, gelato, traditional, and super premium (at 17% milk fat). Then, customers choose their flavour. There are all sorts of varieties including fruit flavours such as passionfruit, raspberry, and kiwi, nutty flavours such as pistachio, walnut, and peanut butter, and classic favourites like bubblegum, dark chocolate, and rum raisin. Some of the flavourings come in the form of purees, while others are syrups or sauces. Lastly, customers can pick one mix-in (or more, for $0.50 per additional selection) from a list of candies, nuts, fruits, and fillings. 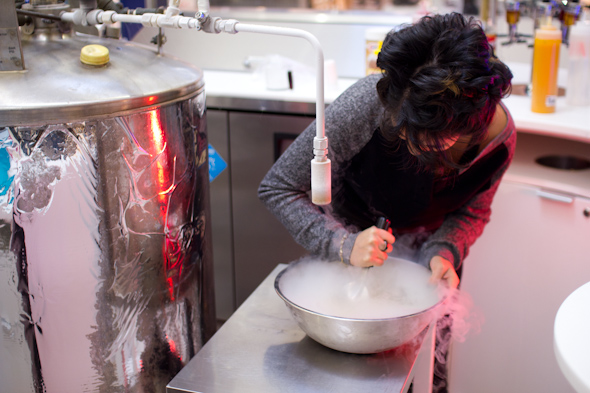 Gleiamour notes that the higher-fat options tend to hold the flavours the best, so I go all out with the super premium base and mango flavouring on her suggestion (and skip the mix-in; not much goes with mango, after all). 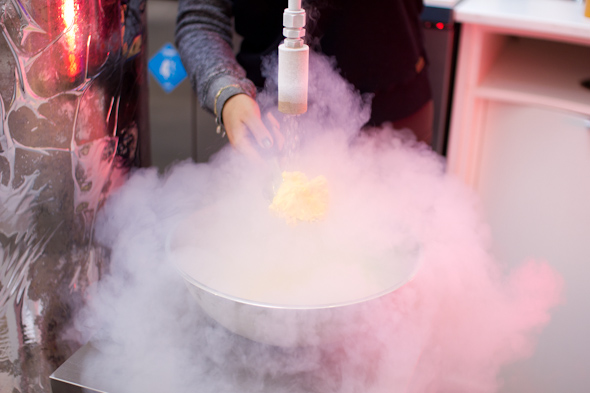 She starts by pouring a pre-measured amount of cream into a metal bowl and mixing in a healthy amount of mango puree. And basically, that's it. The bowl is placed below the nitrogen nozzle and it disappears in the fog once Gleiamour turns the handle. 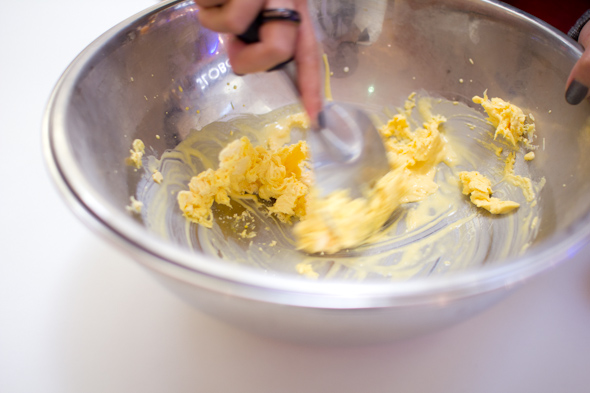 Within about a minute or so (with occasional pauses for Gleiamour to fold and mix), the ice cream is ready. Gleiamour hands it over; a generous helping in a small cup ($3.09s/$4.78m/$5.19l). 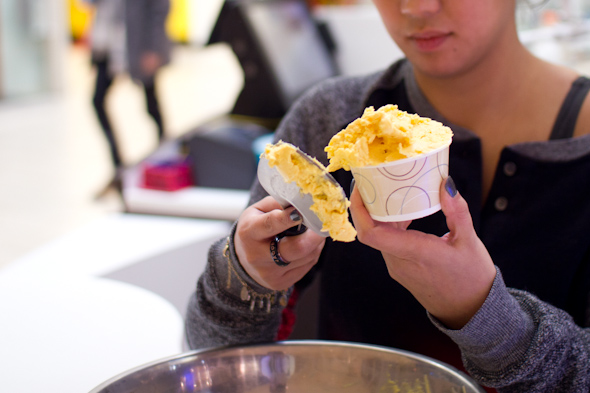 The consistency is perfect. Creamy, smooth, and totally free of icy bits. It could do with a little more mango flavour, however, though Gleiamour is quick to mention that the process allows them to cater to taste. If need be they'll whip up a whole new cup; of course, in a very "mad scientist" way. 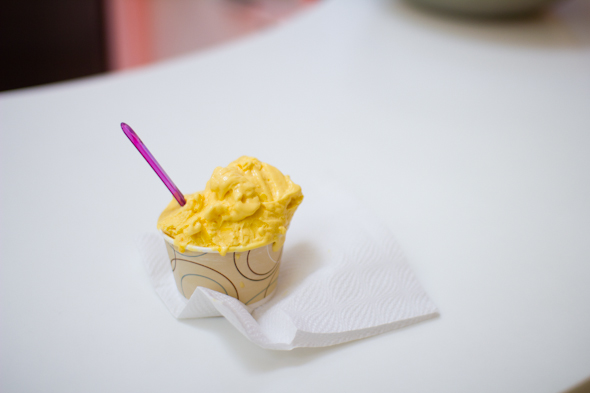 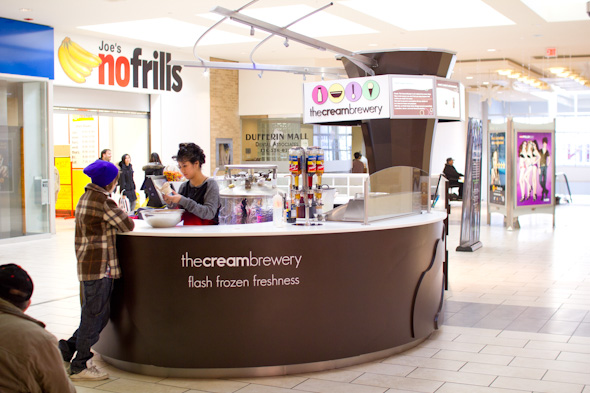