This spot is the original home of Tennessee Tavern, a community watering hole in Parkdale loved for its vintage charm and Eastern European cuisine.

The tavern closed during early lockdowns when owner Max Rimaldi realized his food wasn't travelling well while trying to operate for delivery. 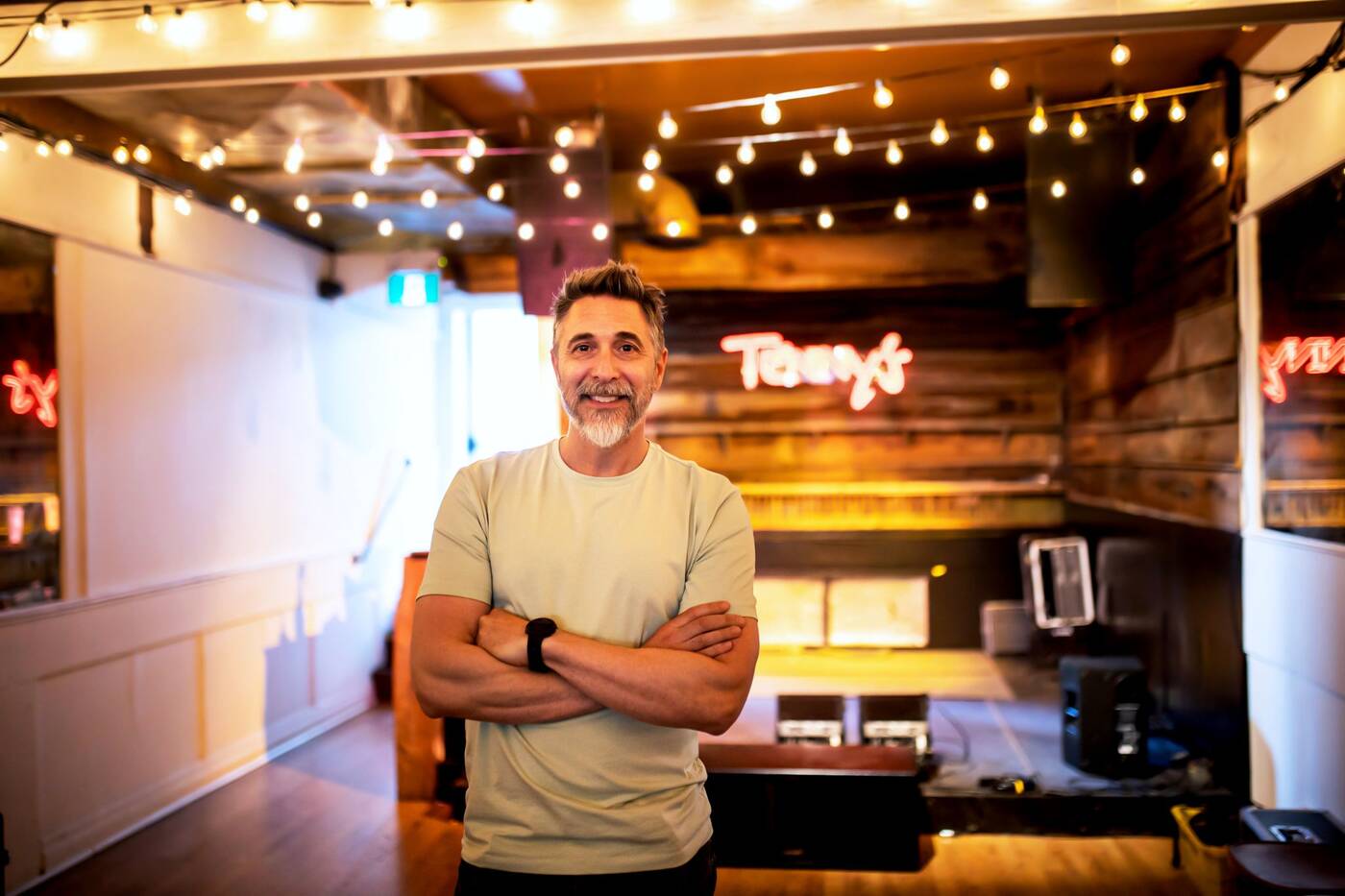 Rimaldi has his hands in an extensive line up of restaurants around the city owning Bar Isabel, Pizza Libretto, and Rosalinda. So when things got shutdown, he was in creative in how to make a comeback. 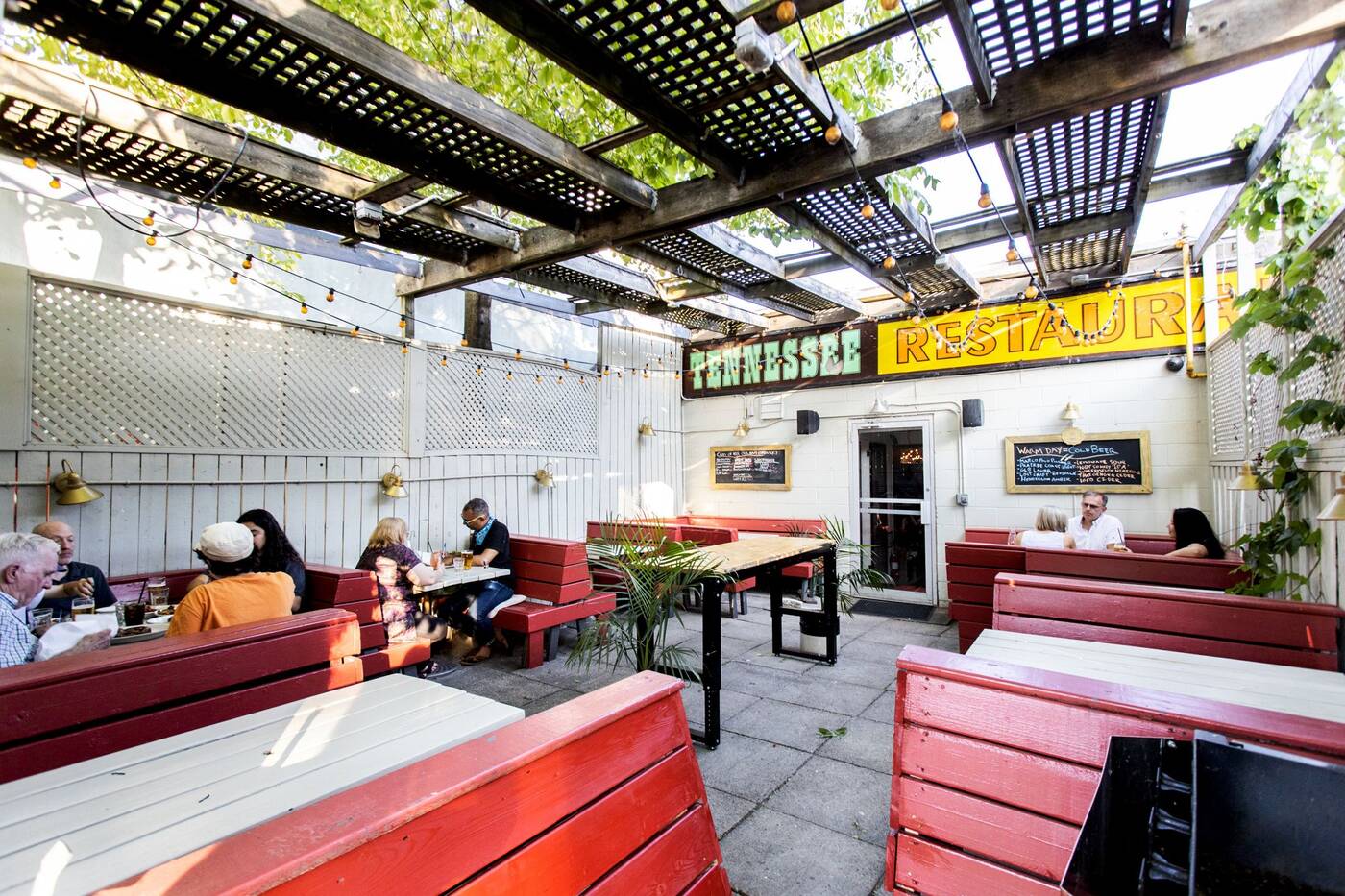 Tennessee's old location was re-birthed as Gianna's, a Detroit-style pizza joint which the community of Parkdale responded well to. The big patio space in the back was a saviour when indoor dining was strictly prohibited at restaurants. 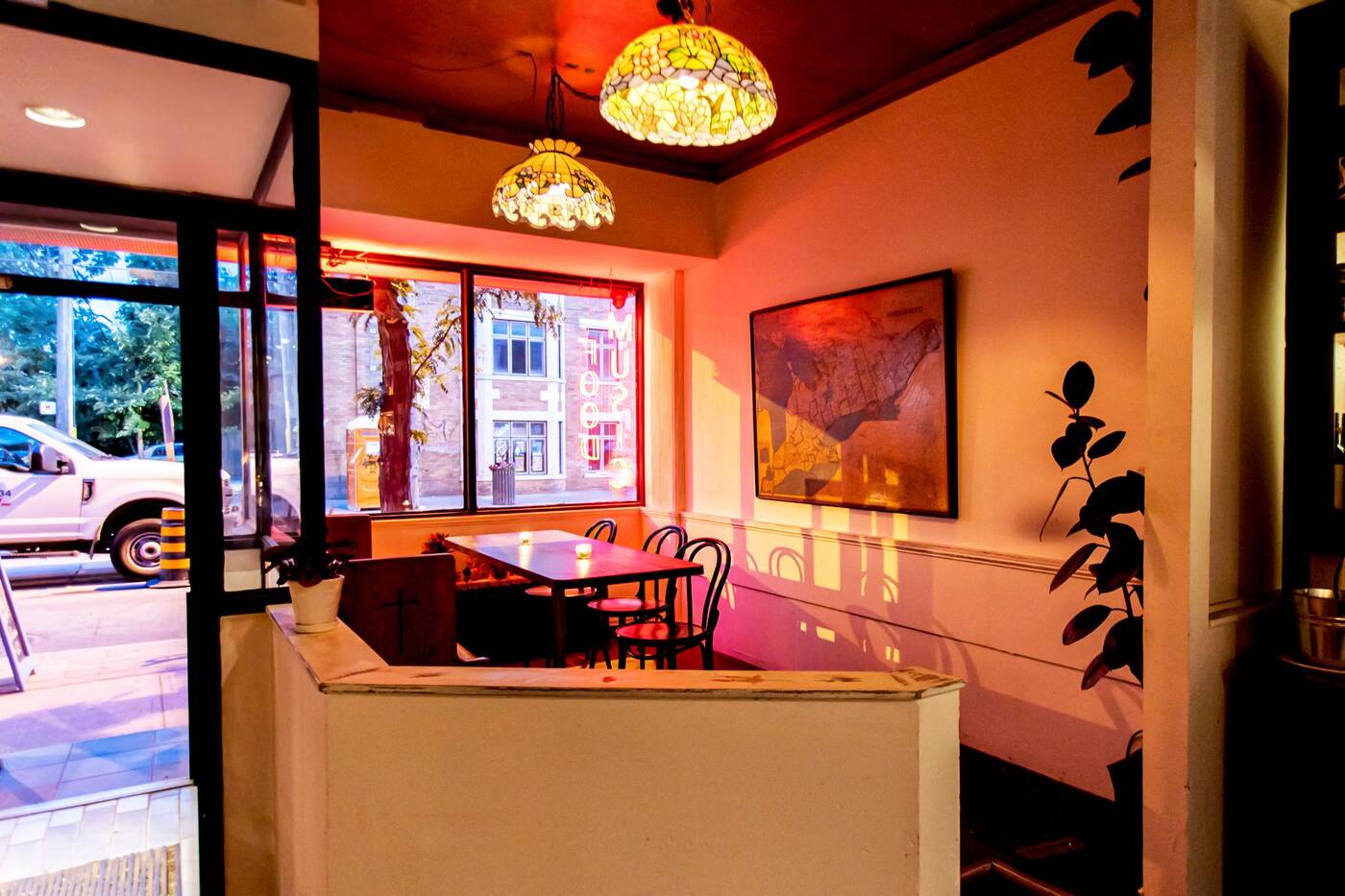 Once restrictions loosened, Rimaldi tells blogTO he felt the need to return to the roots of Tennessee Tavern, hence "Tenny's" coming onto the scene in early June of this year. 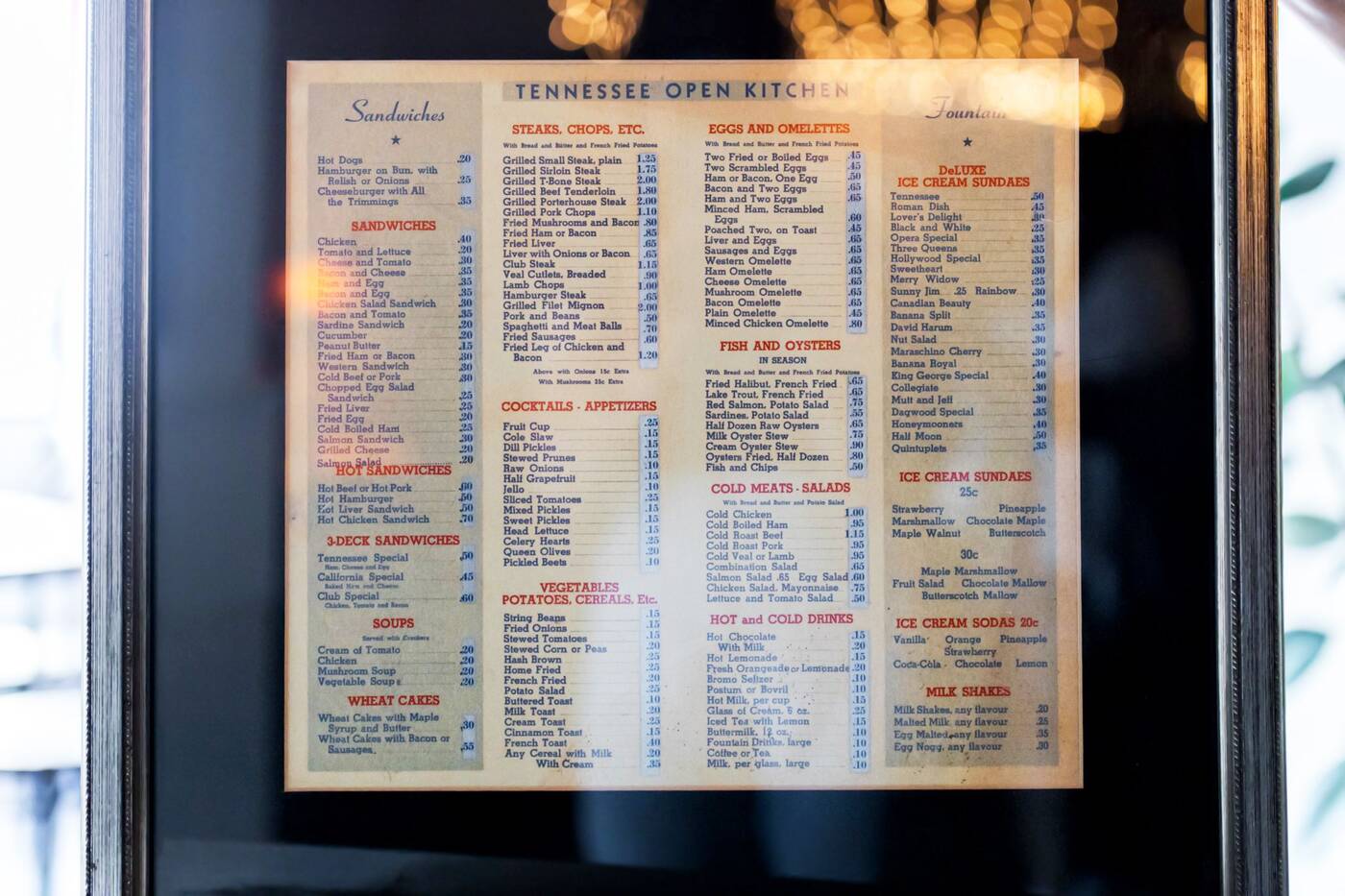 Ironically enough, the Tennessee theme goes back to the 1950s at 1554 Queen Street West, when it used to operate as a Texas-style diner serving up $2.00 steaks and all-day breakfast. 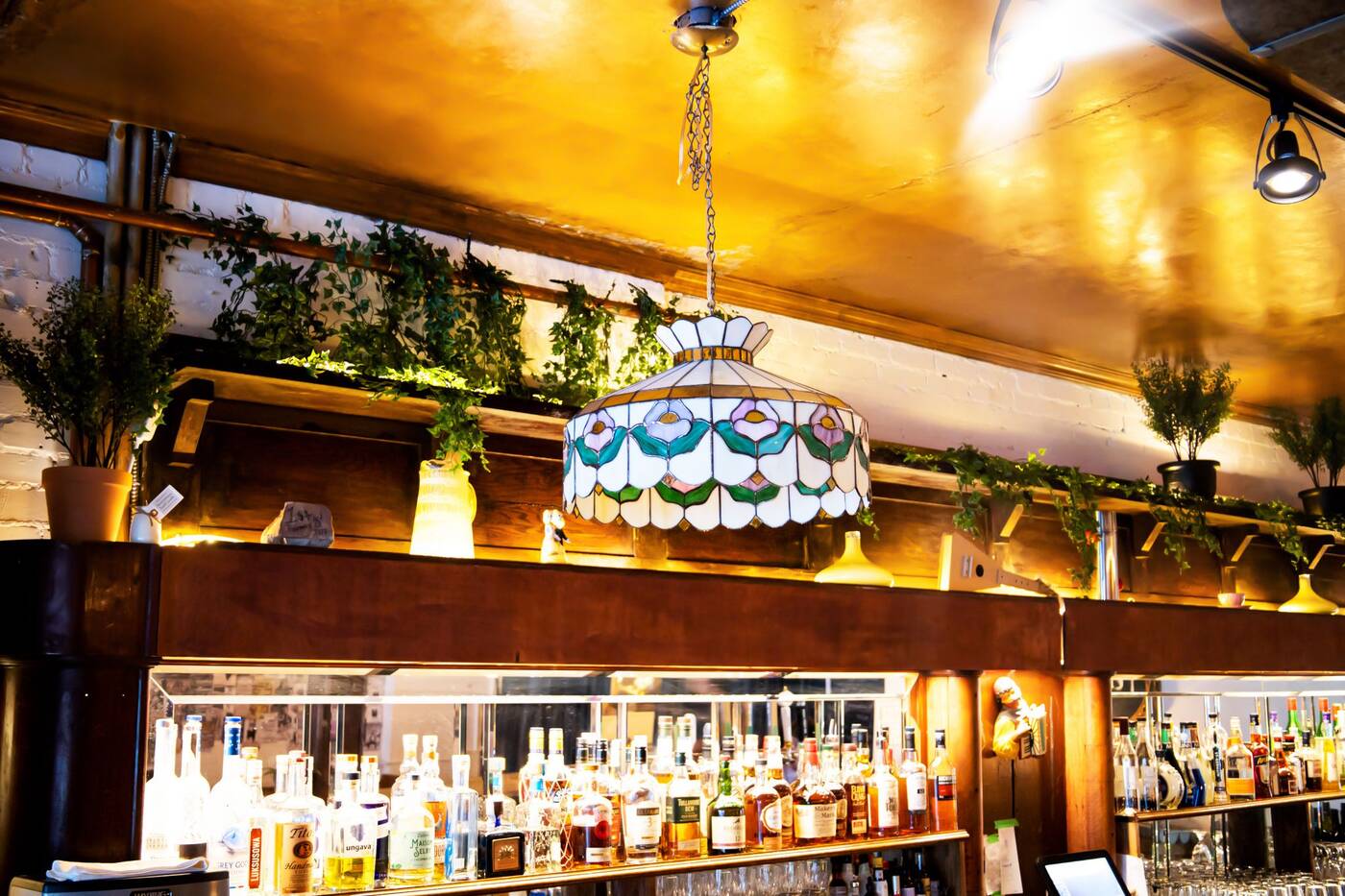 A framed photo of the old menu hangs near the entrance to Tenny's contributing to the overall rustic, old-world feel to the rest of the bar. 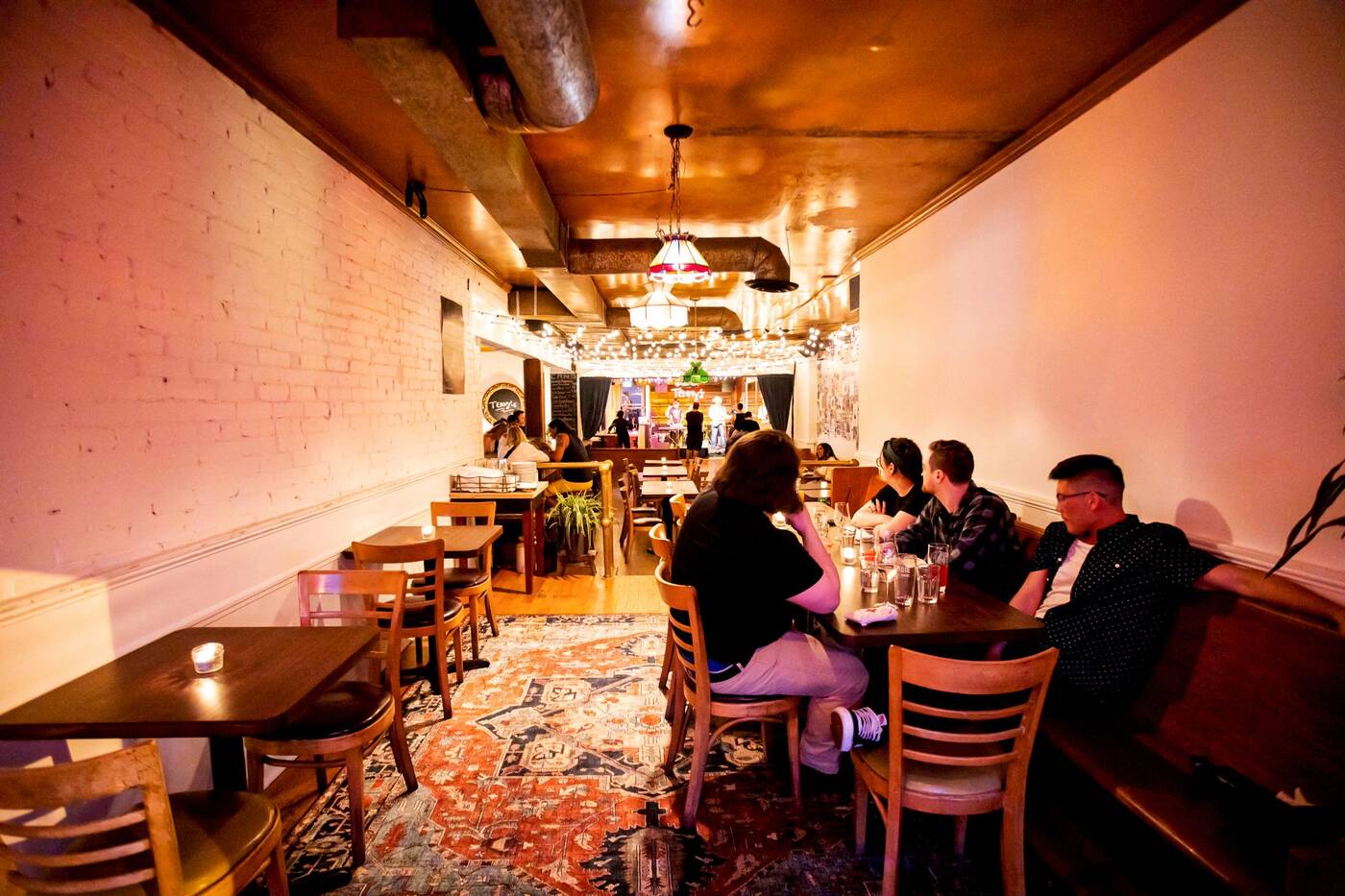 The space is encompassed by oak wood counters and stools, including a few old church pews used as bench seating. 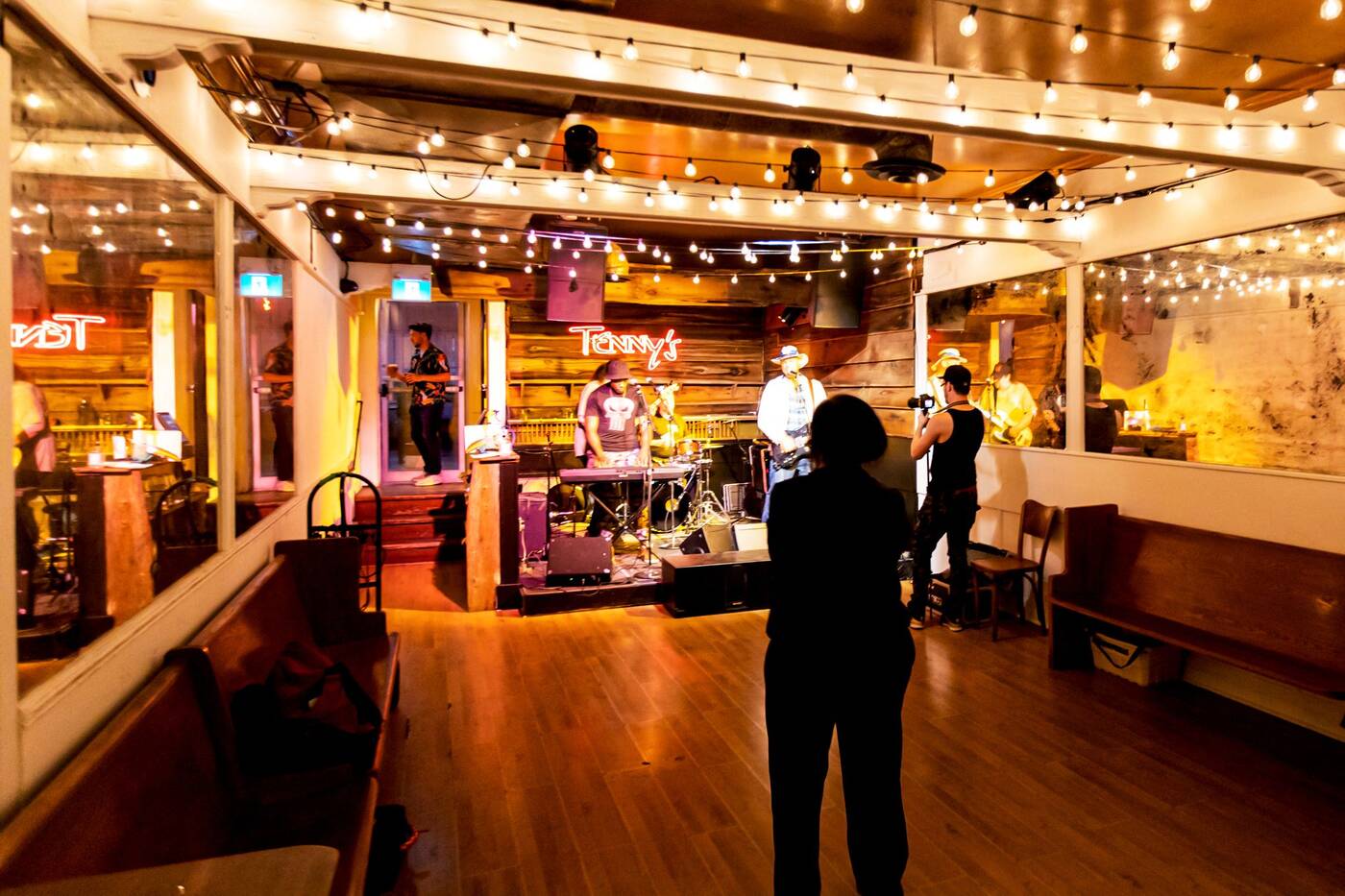 Twinkling lights near the stage area add warmth to the feel of the bar which is separated into main seating for diners and an audience section for people to dance and get up close to the music. 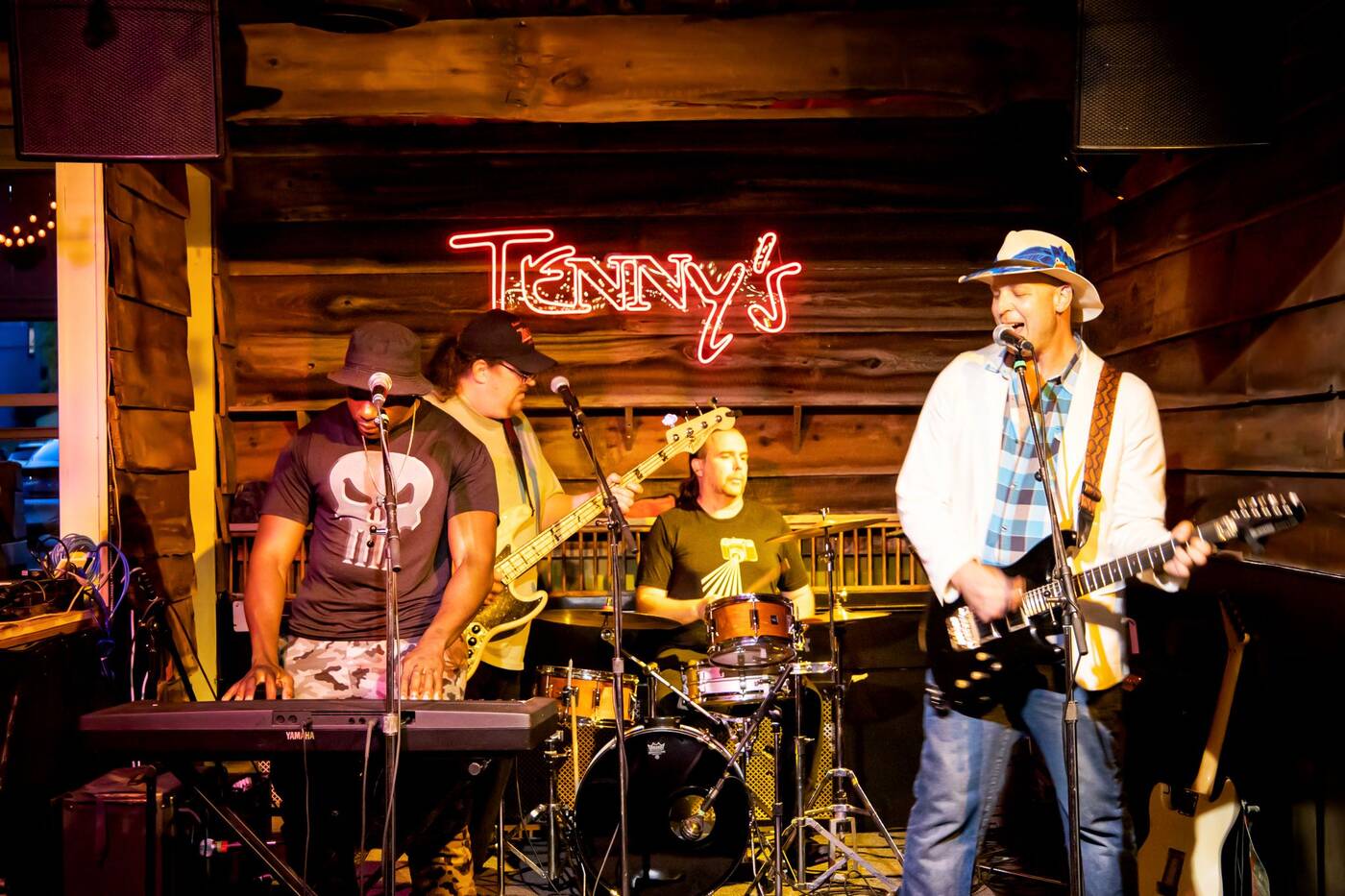 The songs you'll hear played here fall under the umbrella of "something everyone kind of knows." Think ABBA, or easy-listening rock music.

Crowds tend to lean toward an older demographic of around 40+, hence the style of tunes that plays here every night from Thursday to Sunday. 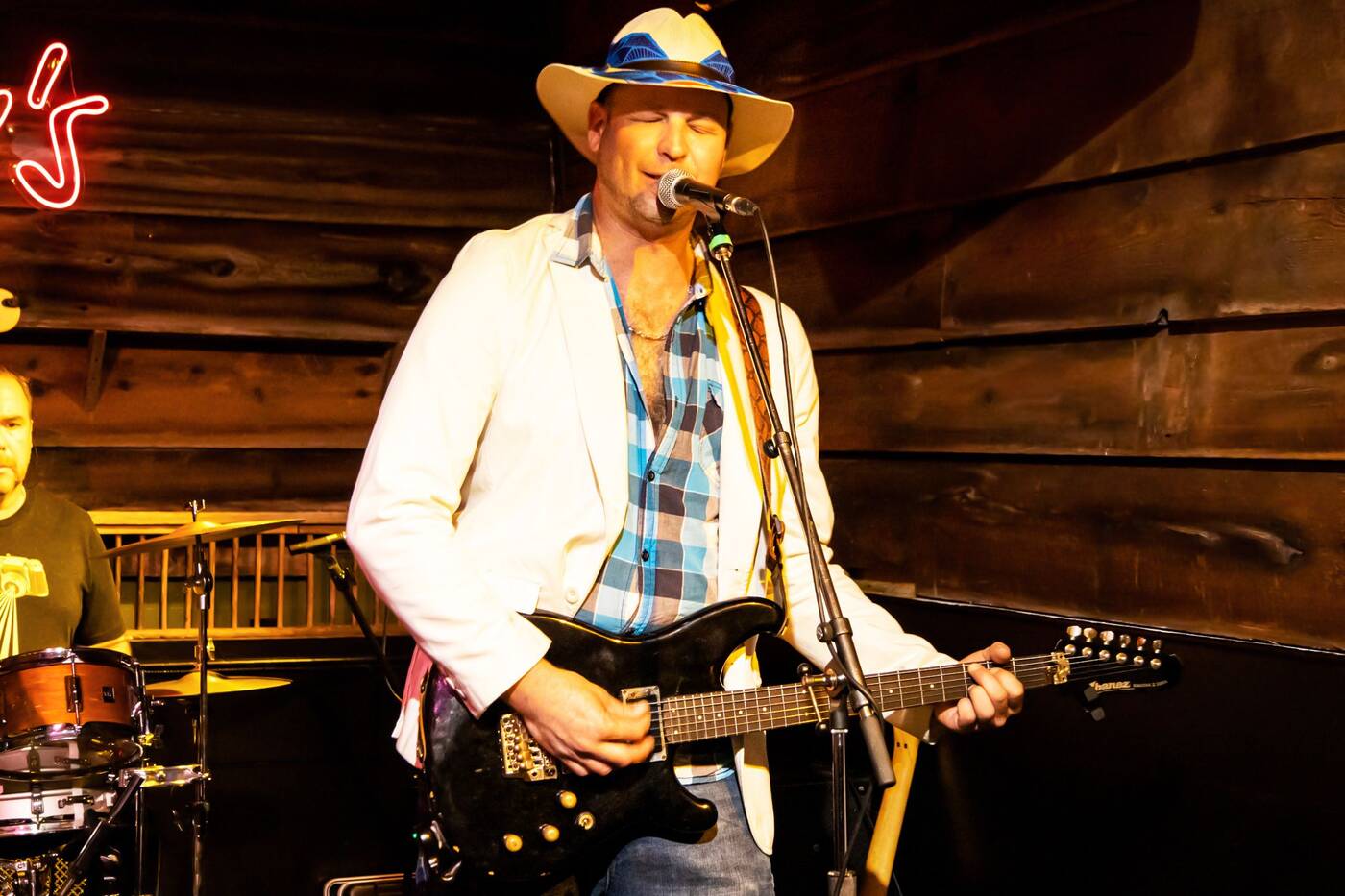 Music doesn't start until about 9 p.m., but in the meantime, the food menu is enough to keep you entertained with a mix of Tennessee Tavern favourites and new additions. 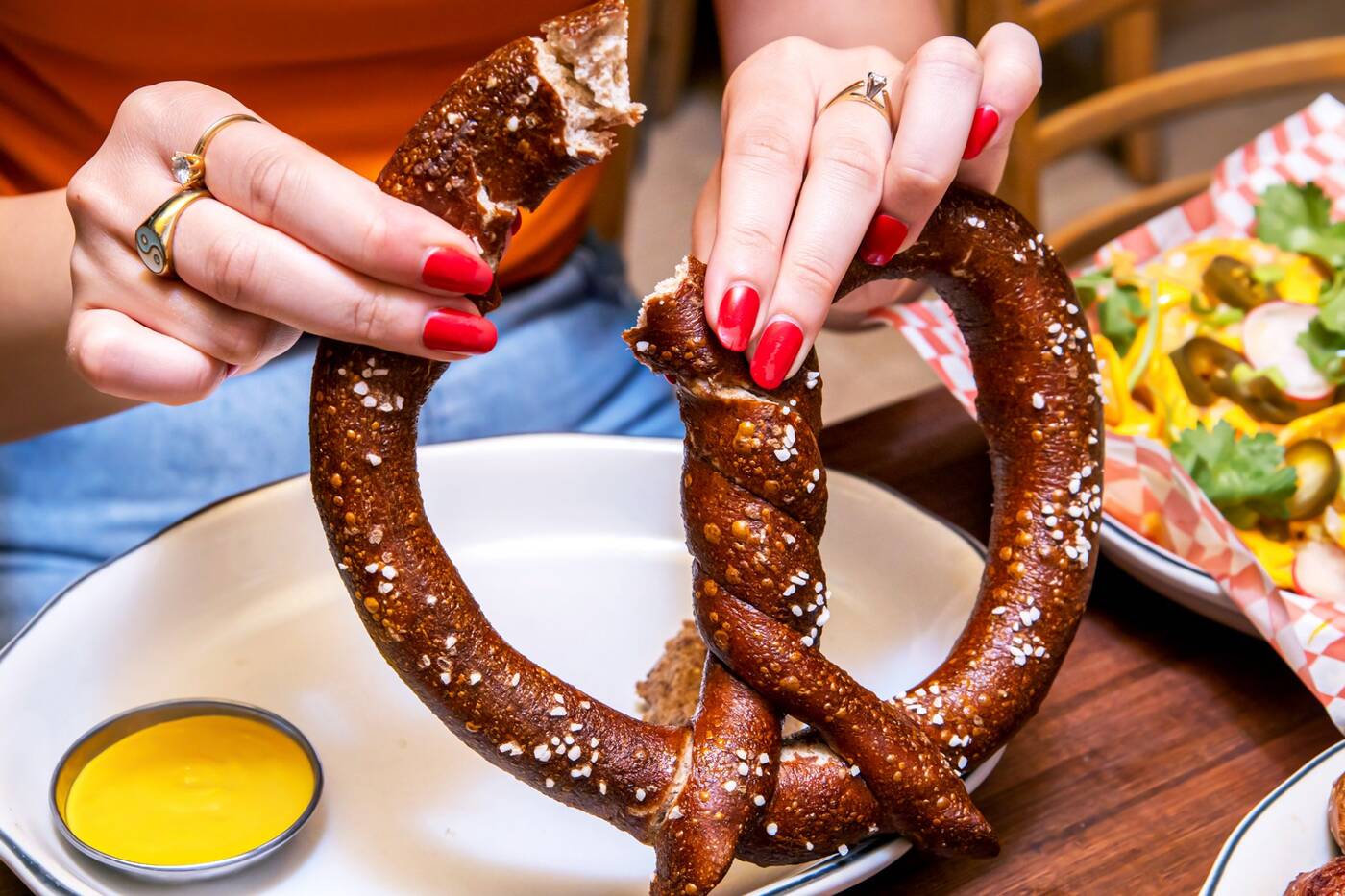 The Big Ass Pretzel ($7.00) is an example of something that's been transferred over from the old menu. The dough for this is made in-house and once baked is served crispier than expected.

Although when dipped into the ball park mustard on the side, the texture becomes softer to taste. 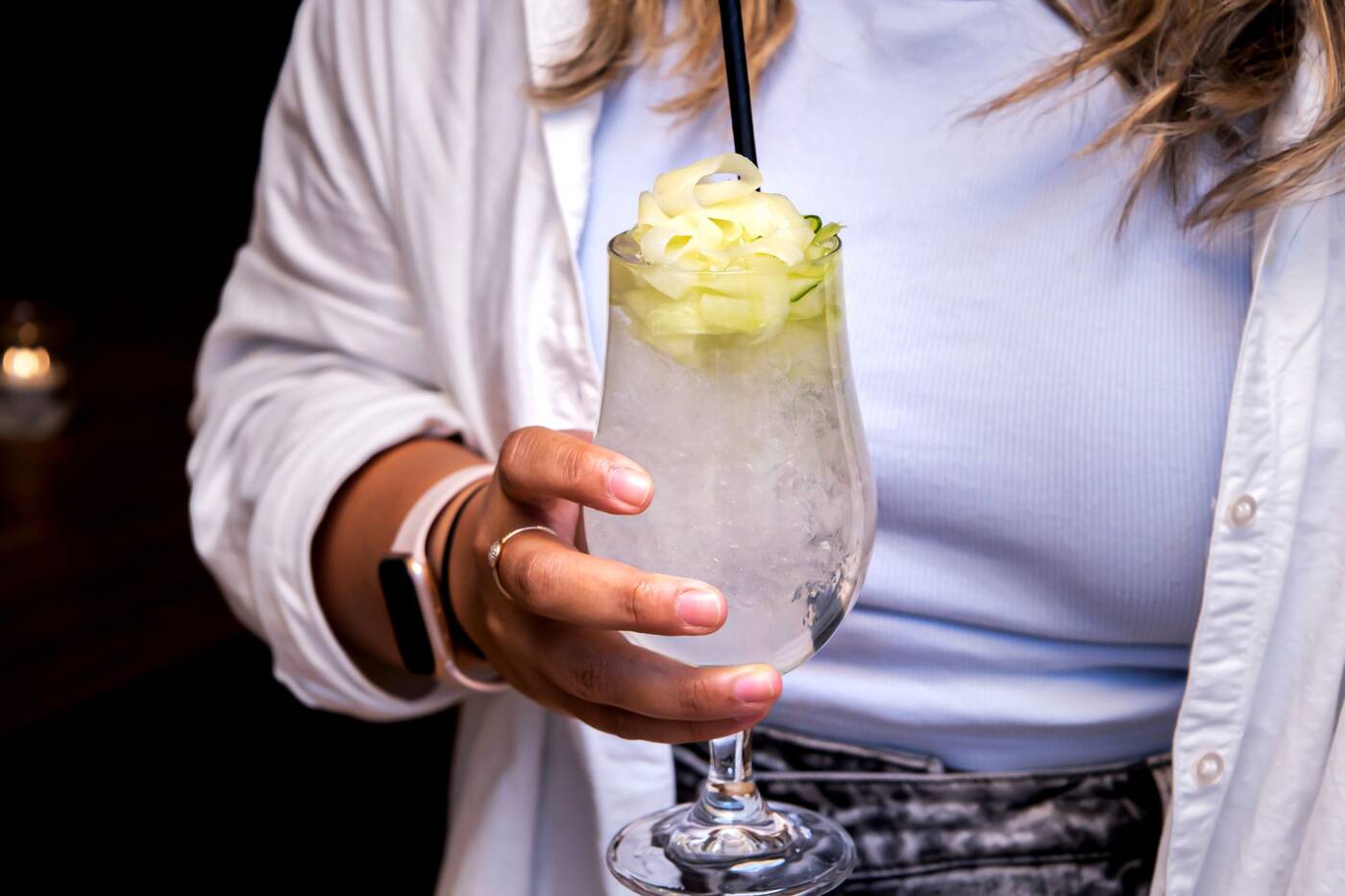 An easy drink to start the night off with would be the Cucumber Collins ($14.00). This is exactly what you want to be sipping on if you're looking for a drink that isn't over-saturated with alcohol.

Dillion's Selby Gin is mixed with cucumber cordial, lime, then soda is poured over a heavy helping of ice. The fresh slivering of cucumber helps to add a refreshing feel to each sip. 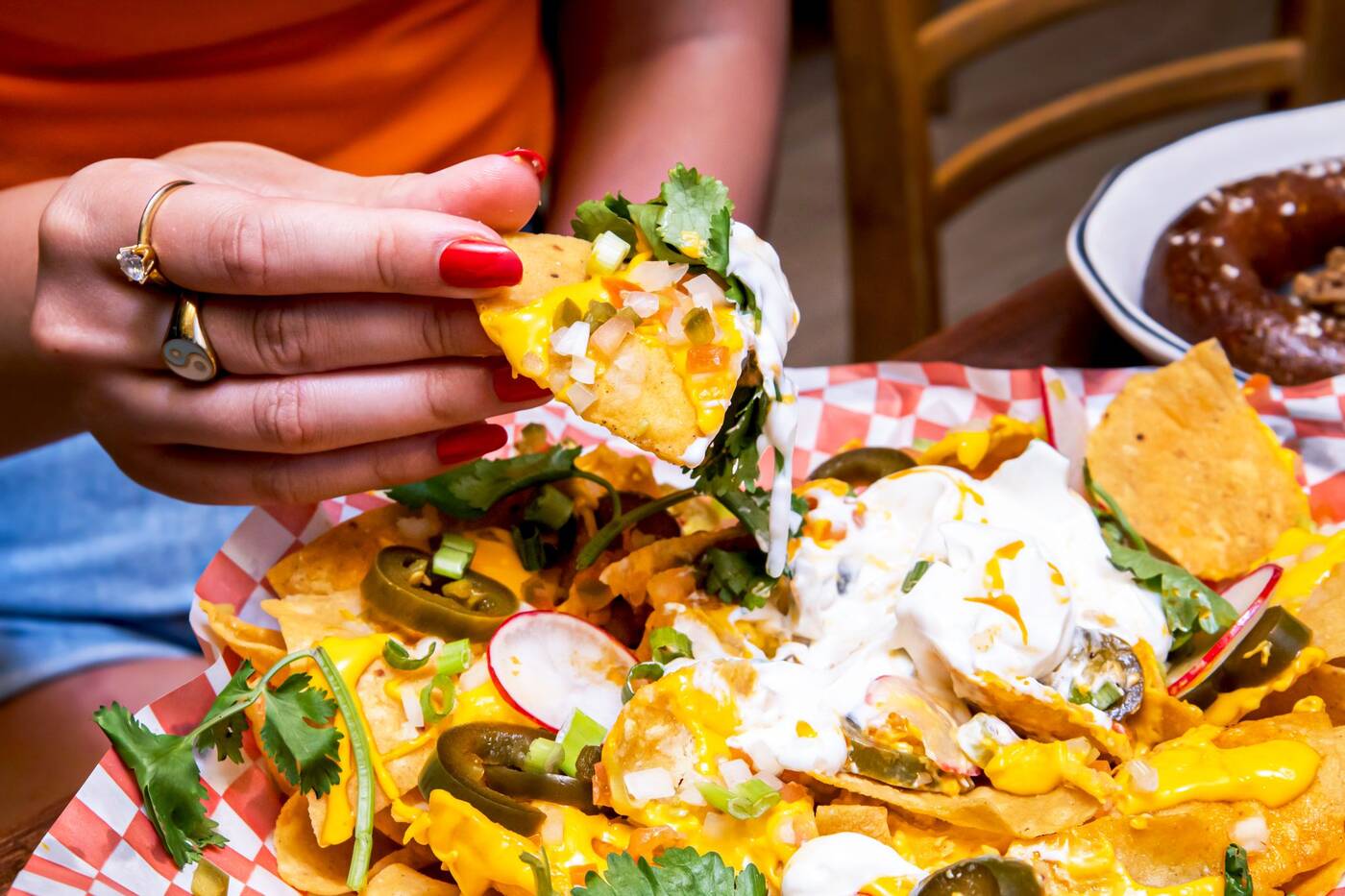 The Nachos ($16.00) here are pretty standard to what you'll find as a staple in most pubs across the city. Tortilla chips are layered with melted jack cheddar cheese, jalapenos, pico de gallo, and lots of fresh cilantro.

Dollops of sour cream bring this dish together and if you feel like adding in meat (your option of ground beef) it'll cost an extra 3.00. 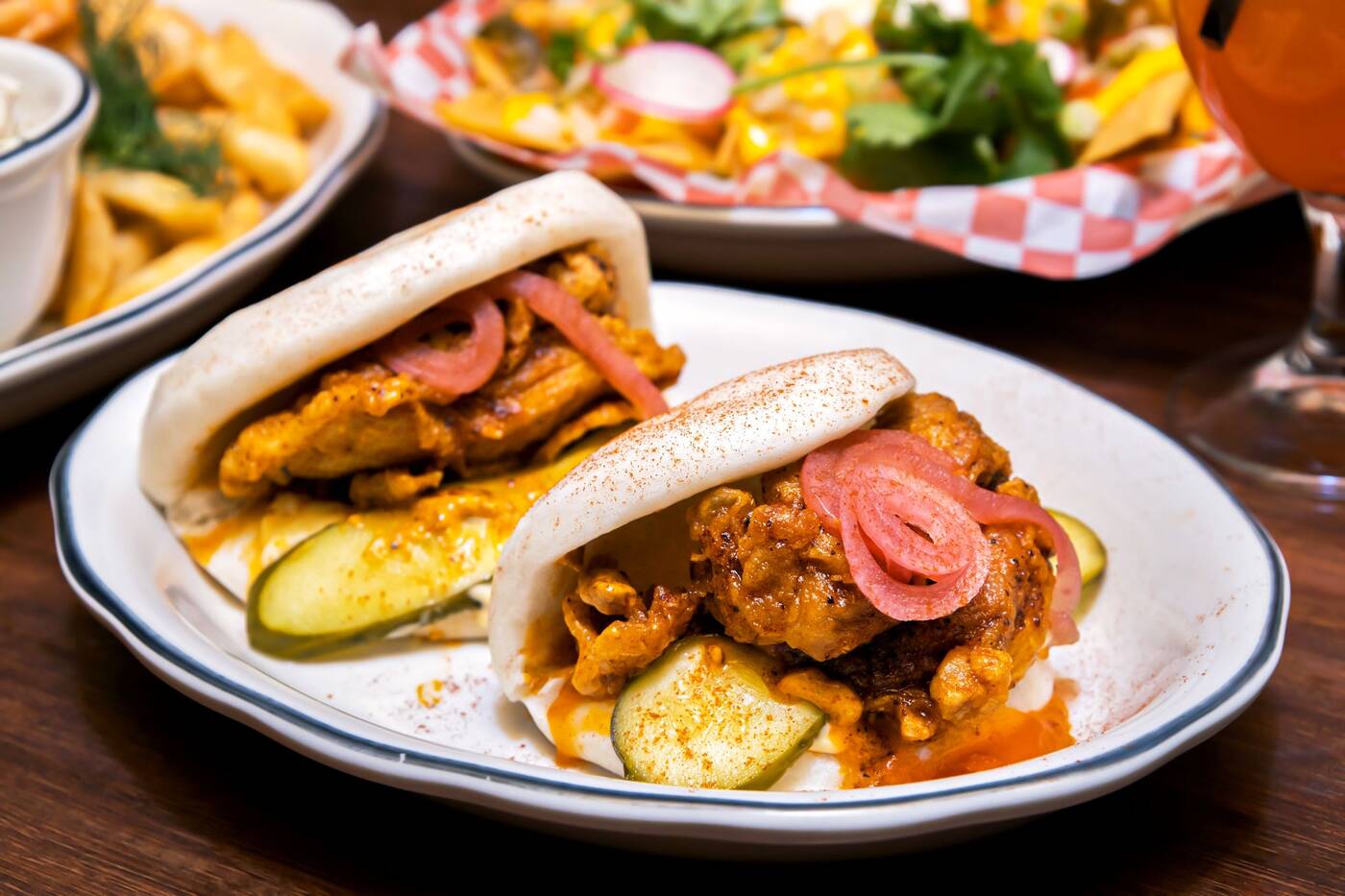 I had high expectations for the Nashville Hot Chicken Bao ($9.00), but would've enjoyed it a little more had the bao part been less doughy.

Regardless, the kick of spicy sauce that covers the chicken in this dish made up for it, that is if you're a person for the hot stuff. The rest of the sandwich is made up of pickled cucumbers and Kewpie mayonnaise. 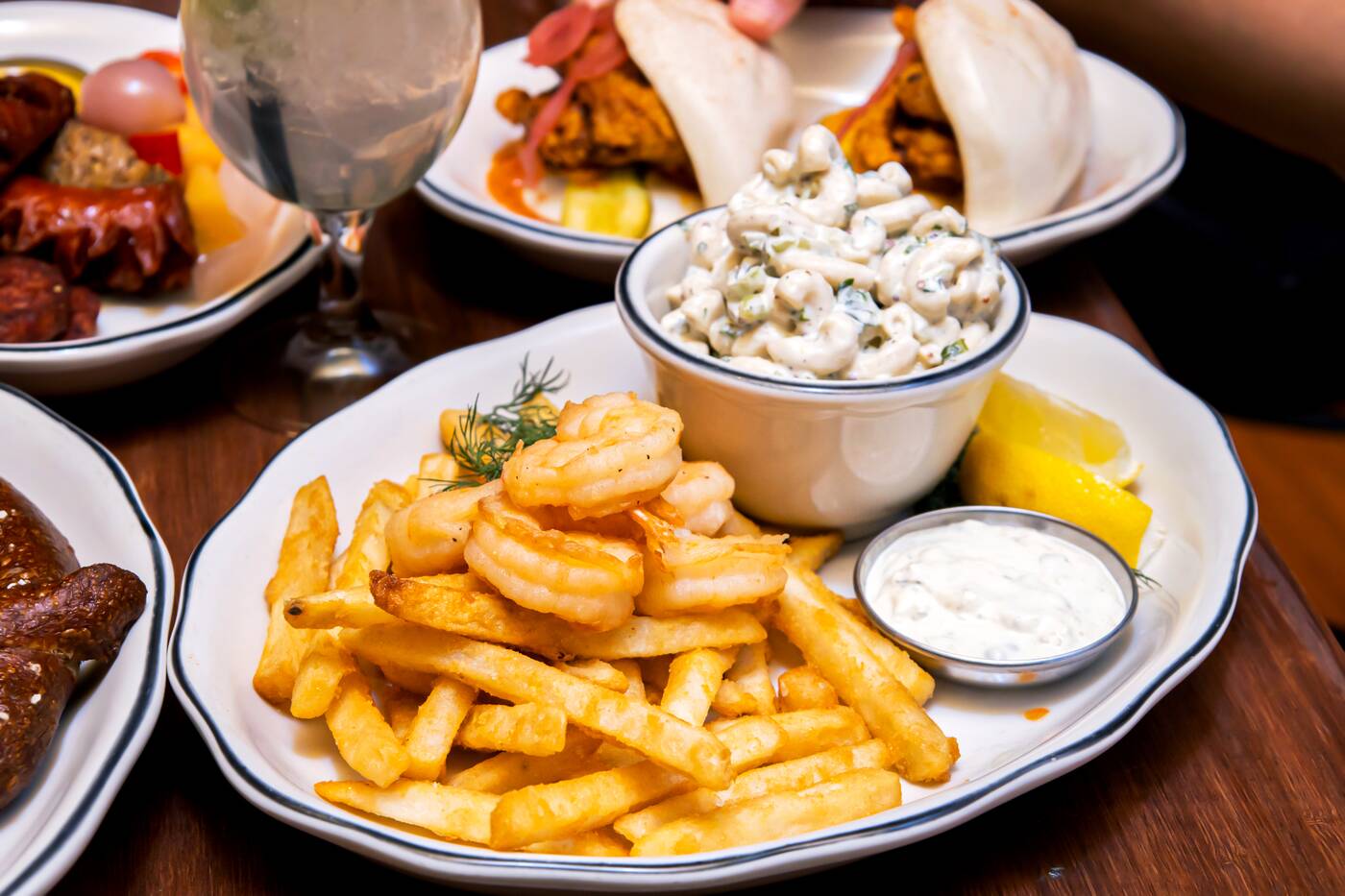 The Fried Shrimp and Chips are part of the larger dishes on the menu at Tenny's. Shrimp bits are deep-fried and crisped up pairing nicely with the restaurant's house-made pickled tartar sauce.

Sides for this dish include french fries and a creamy macaroni salad, enough to have you feeling full for the remainder of the night. 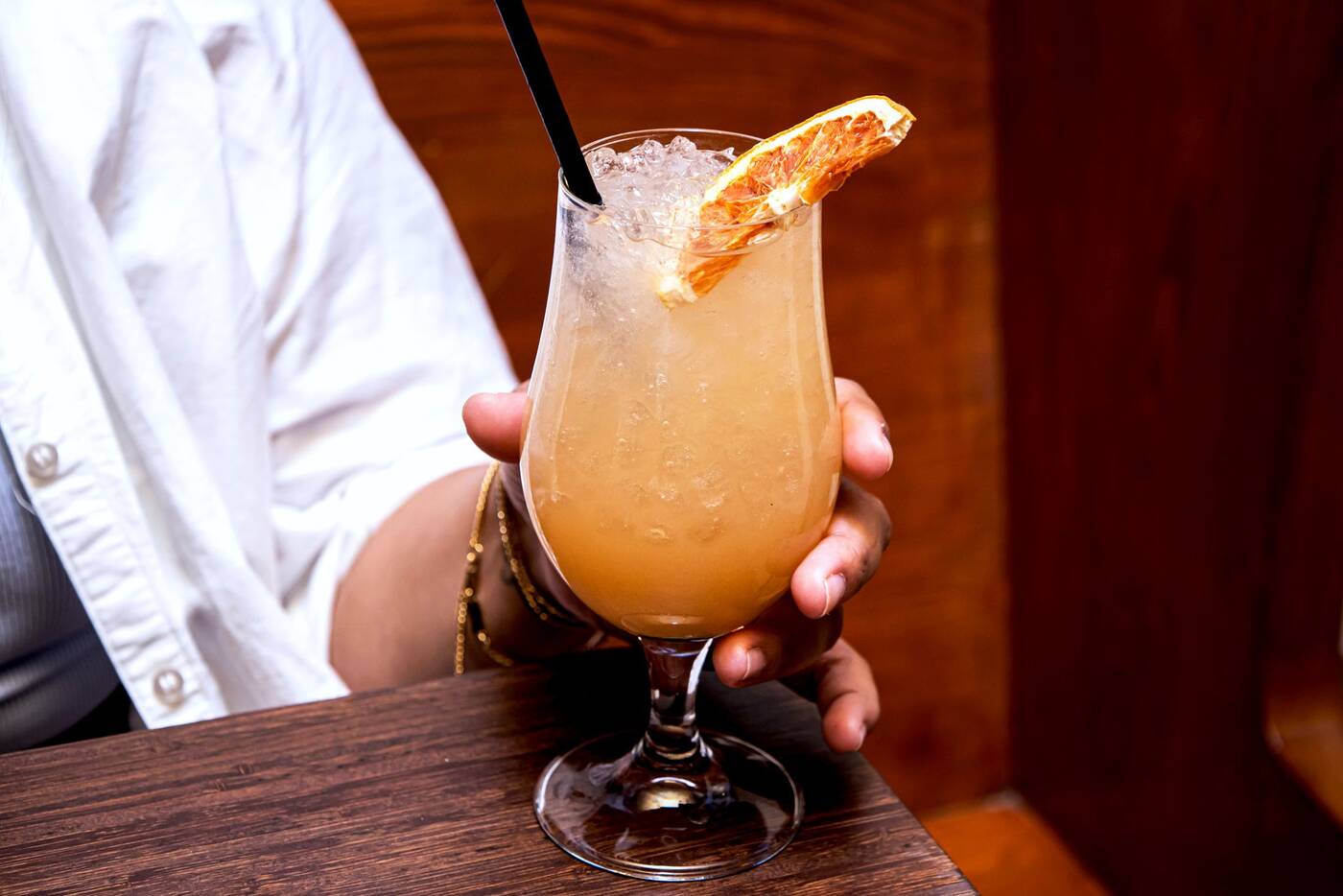 What I consider to be my favourite drink we tried: The Spiced Paloma, which to me resembled a very well put together spicy margarita in taste.

Dejado tequila is shaken with grapefruit juice and hot honey syrup, then topped with soda. Sweet citrus flavours with a kick. 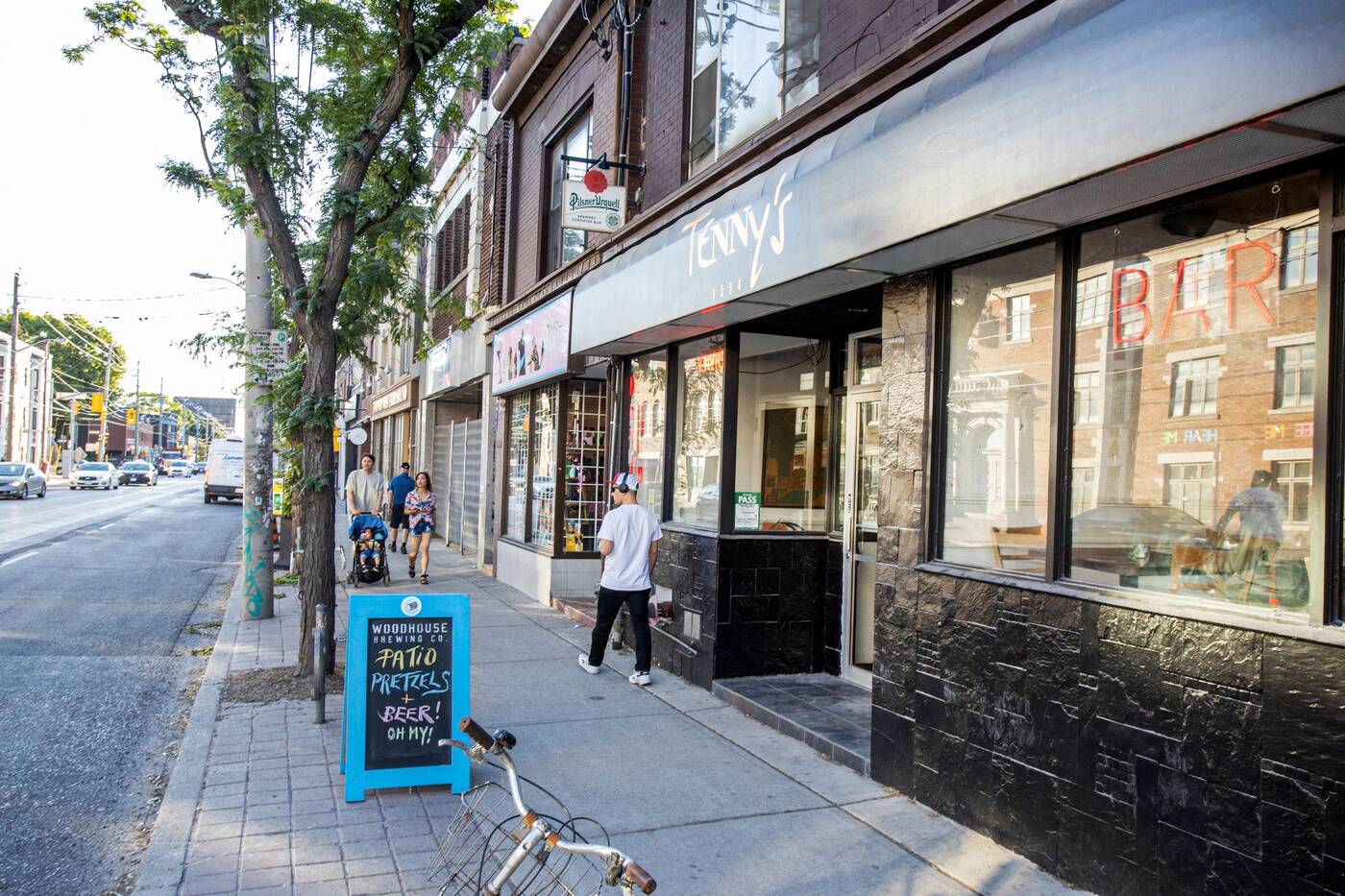 Tenny's sits in the heart of Parkdale just branching off of Little Tibet. Its sprawling front entrance faces the busy pedestrian strip on Queen Street West between Lansdowne and Roncesvalles.