Ssam is a BBQ spot located right in the heart of Koreatown North.

With a big corner property at Yonge and Finch, it serves up Korean grilled meats in the same place where the wing house Crazy Wings used be. 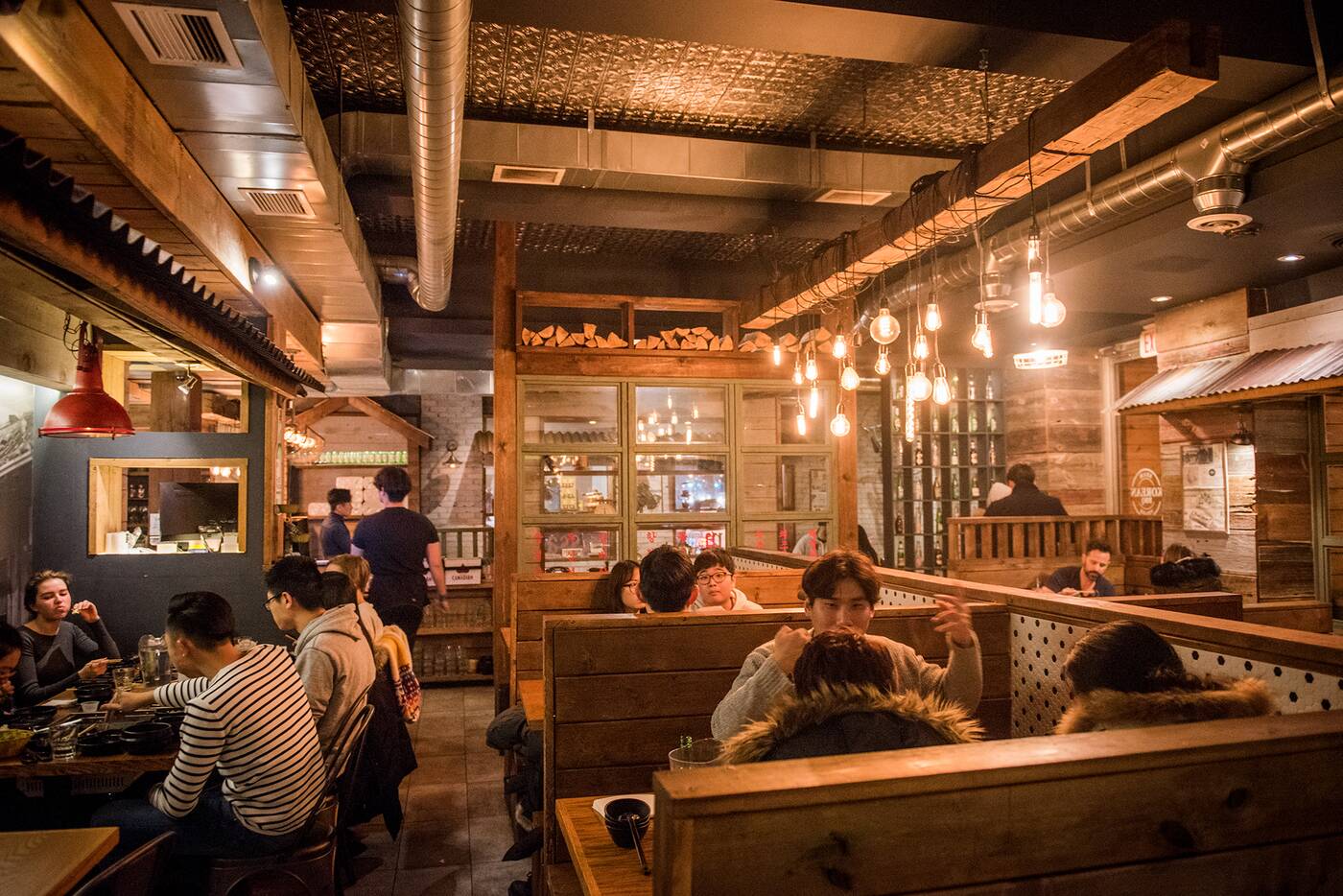 An ideal spot for late night grilling, Ssam has a woodsy interior and warm lighting, with booths for group dining. 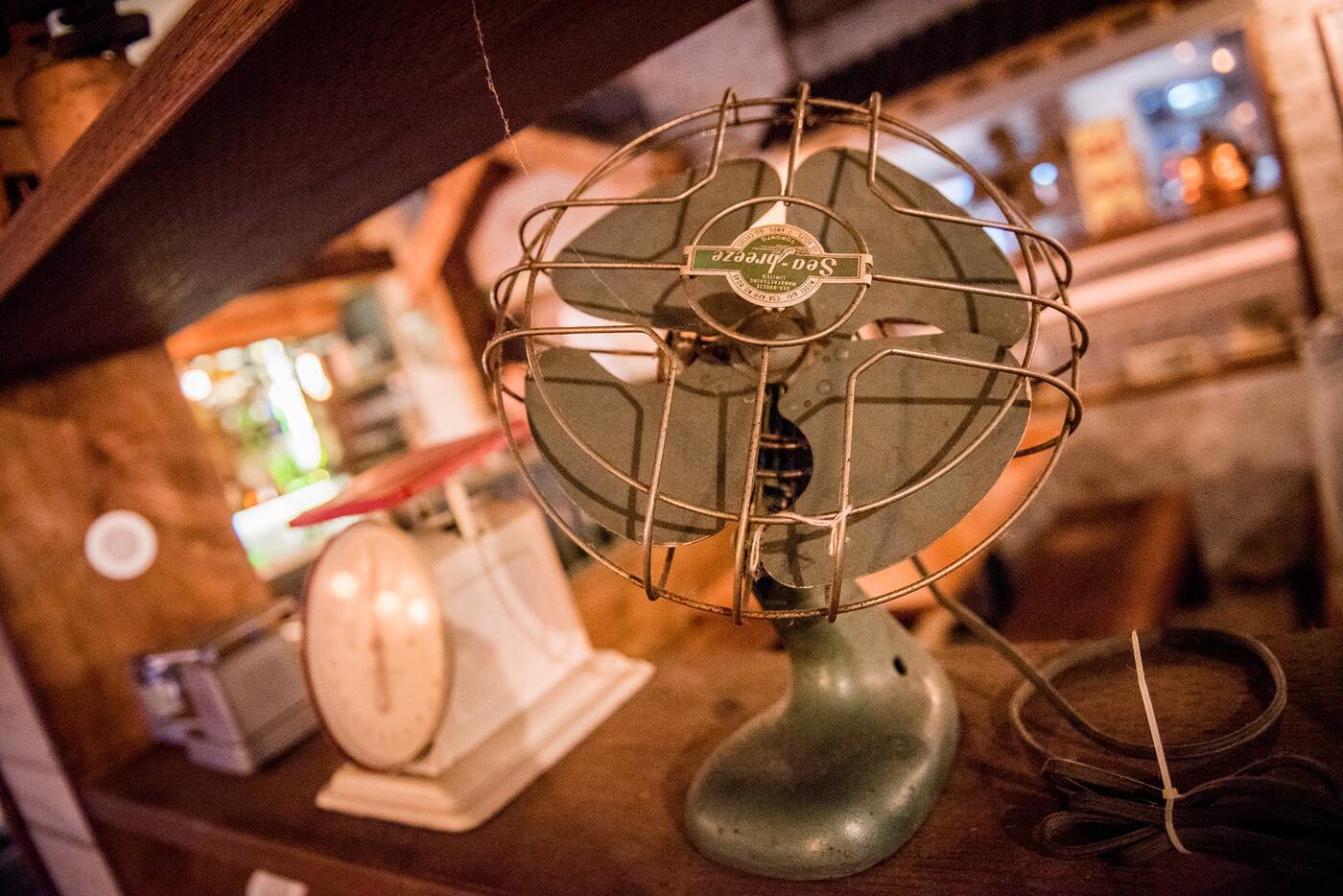 The decor here is a lot like Daldongnae's – which makes sense since both BBQ spots are run by the same person – with paraphernalia like retro fans and toys lining the walls.

The number of complimentary banchan (Korean appetizers) provided here are exceptional. The banchan are served with meat orders and are refillable, although some were big enough to be full orders themselves. 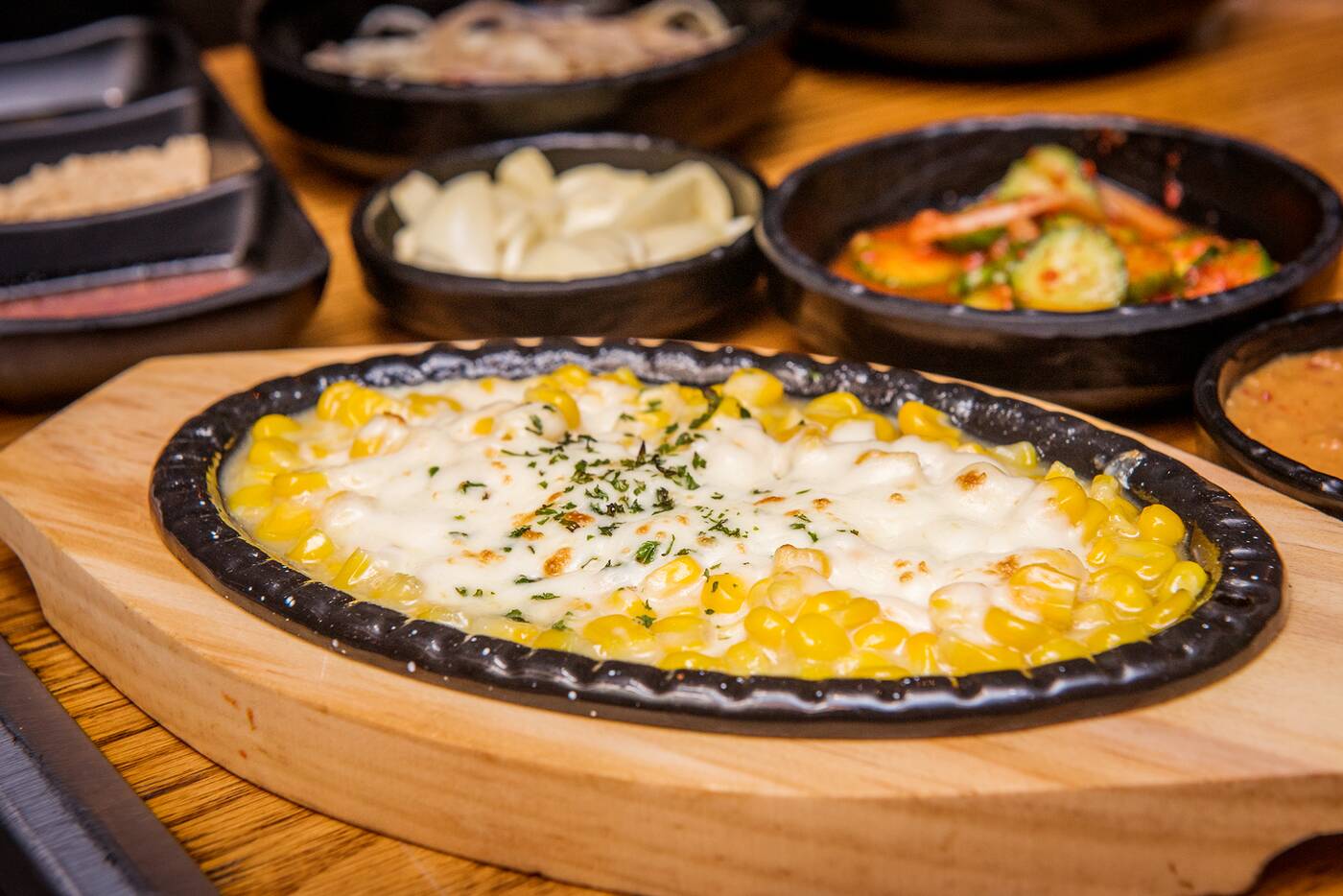 The selection includes items like cheese corn, which are creamy and sweet. 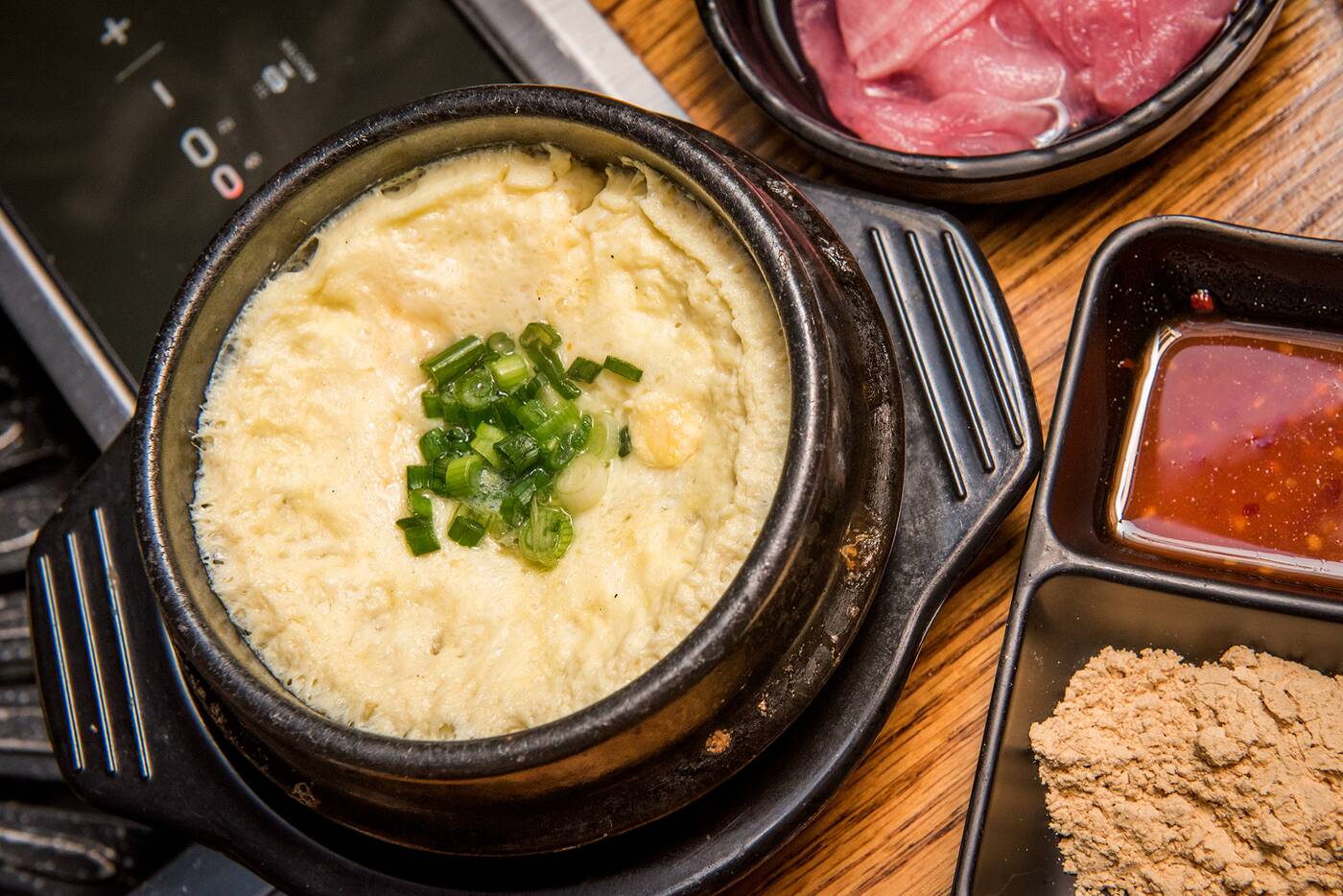 It also comes with an airy bowl of steamed egg and green onion. 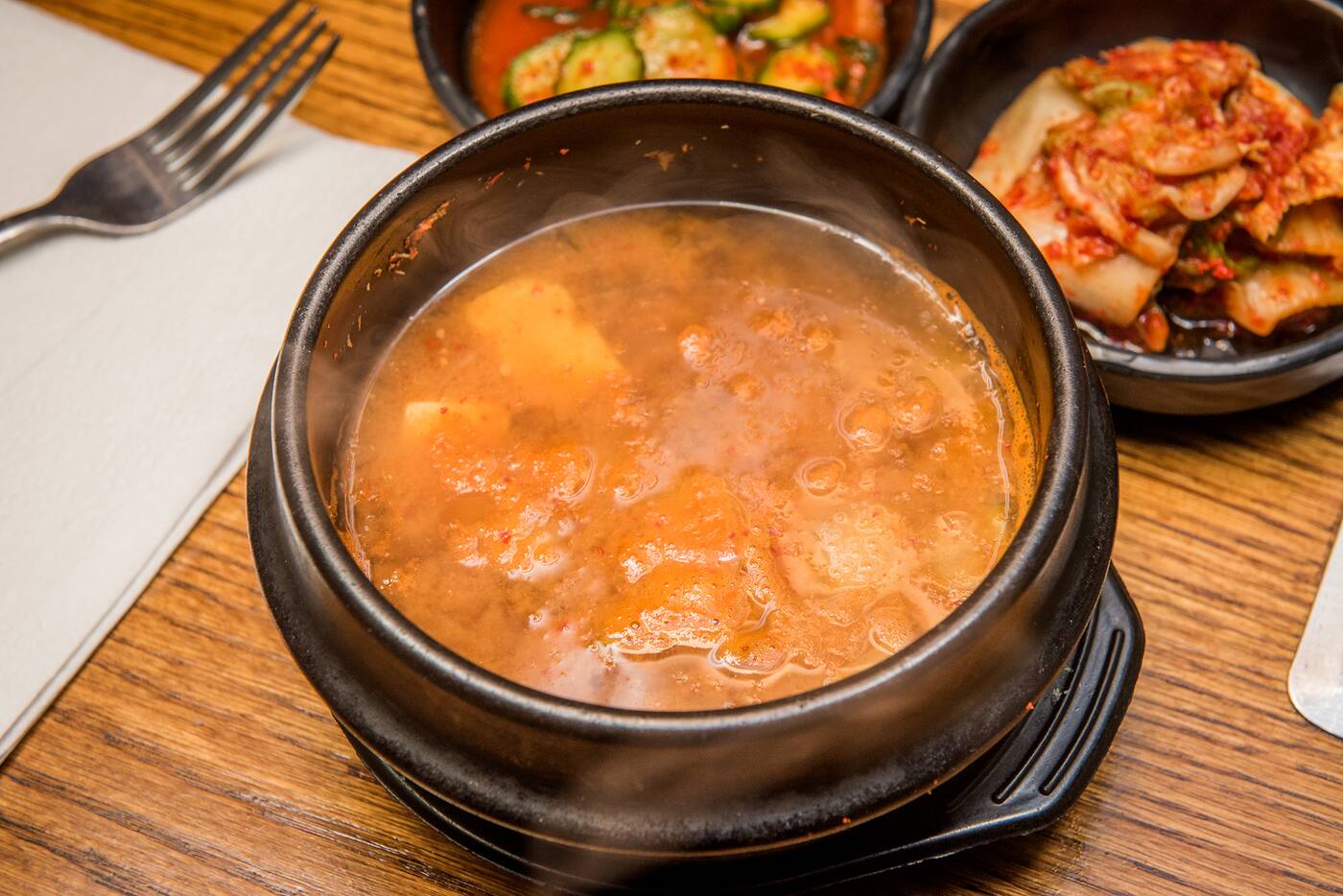 One of the best sides is the soybean soup, which looks a lot spicier than it really is. With just a little kick, it’s mostly salty but in a warm, comforting way. 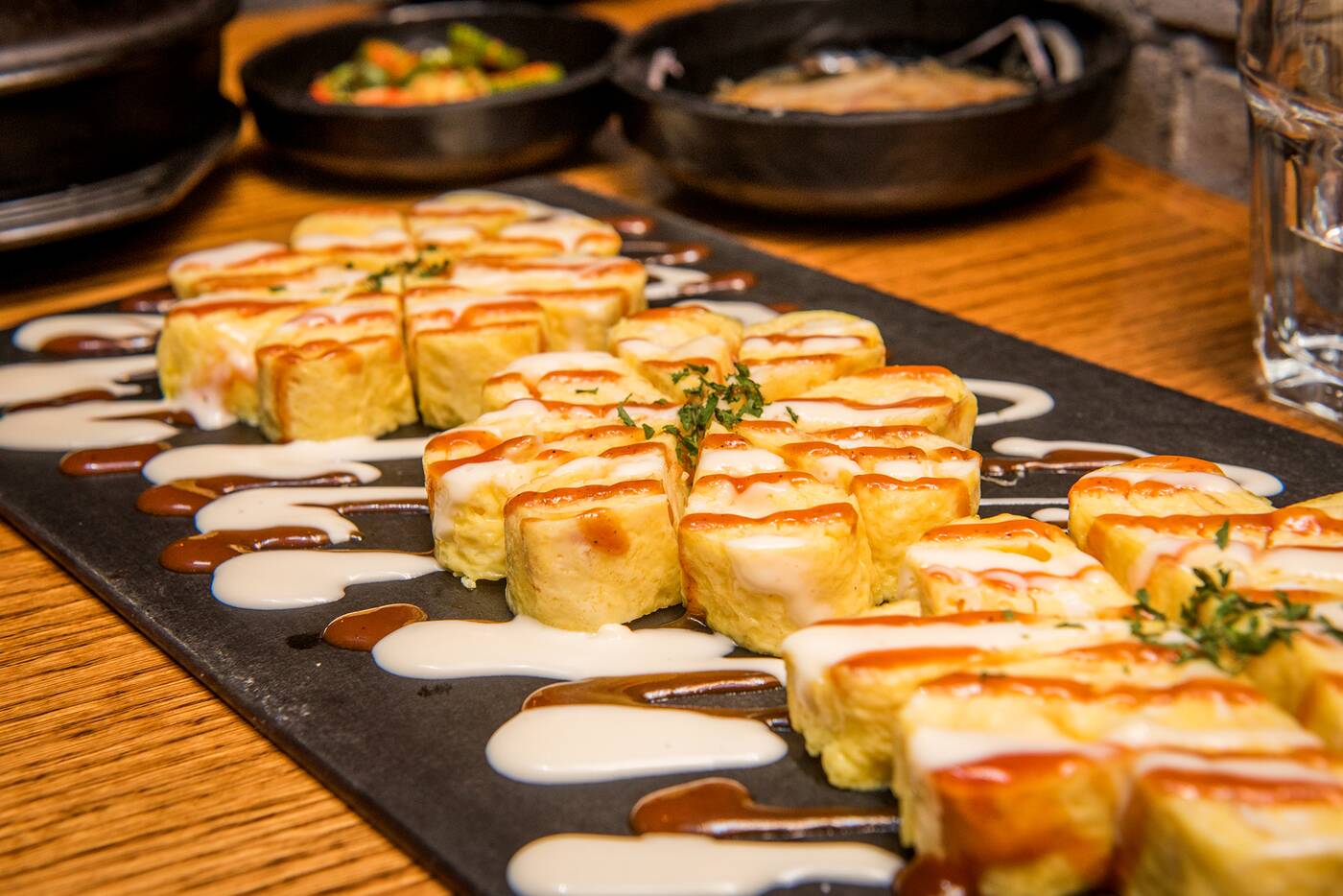 For something to accompany your main meats, the cheese soft egg roll ($12.99) is surprisingly light; not dense and creamy like I expected. 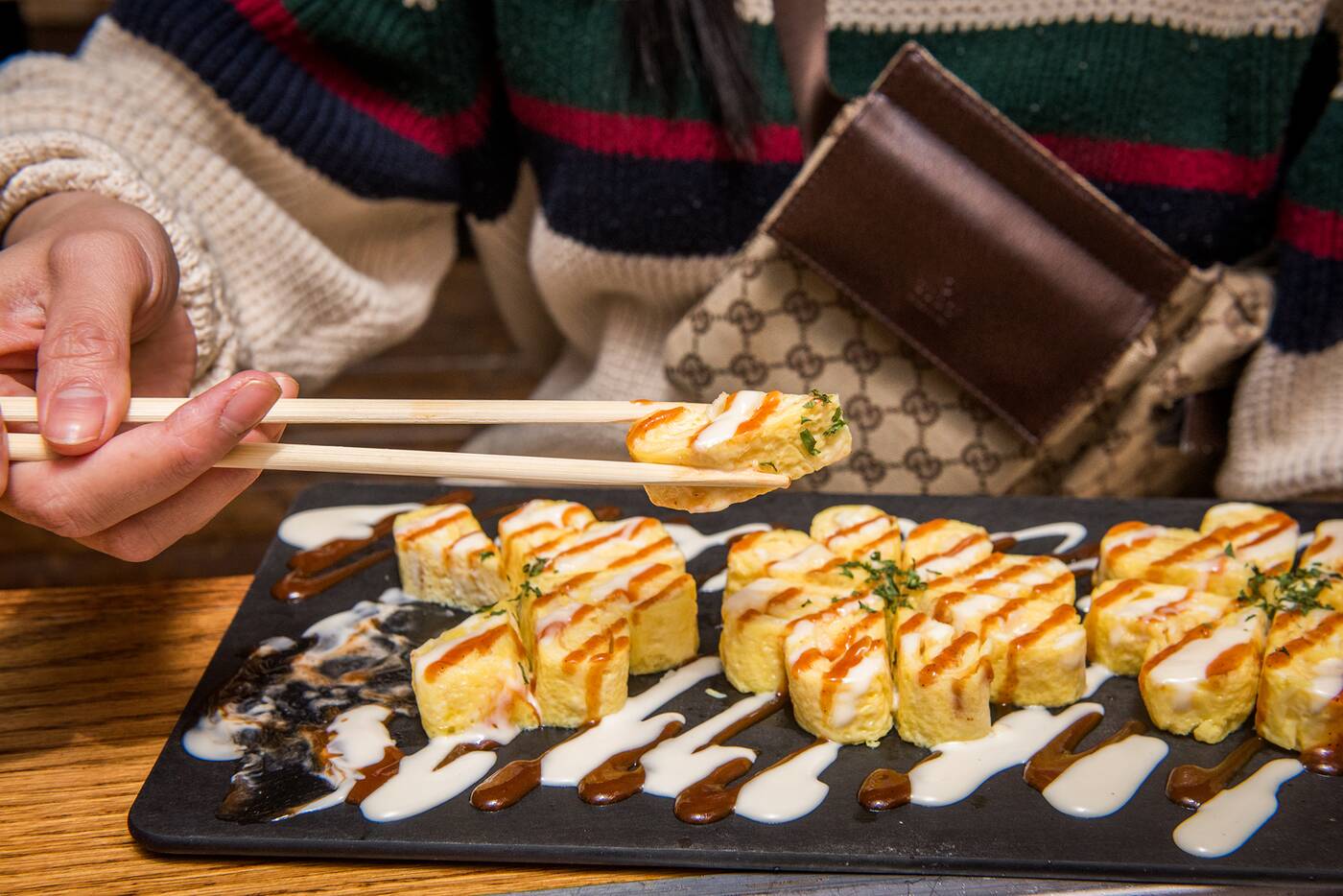 Served with eight pieces arranged in a flower, the rolls are soft and sweet, with a texture like Japanese tamago sushi. 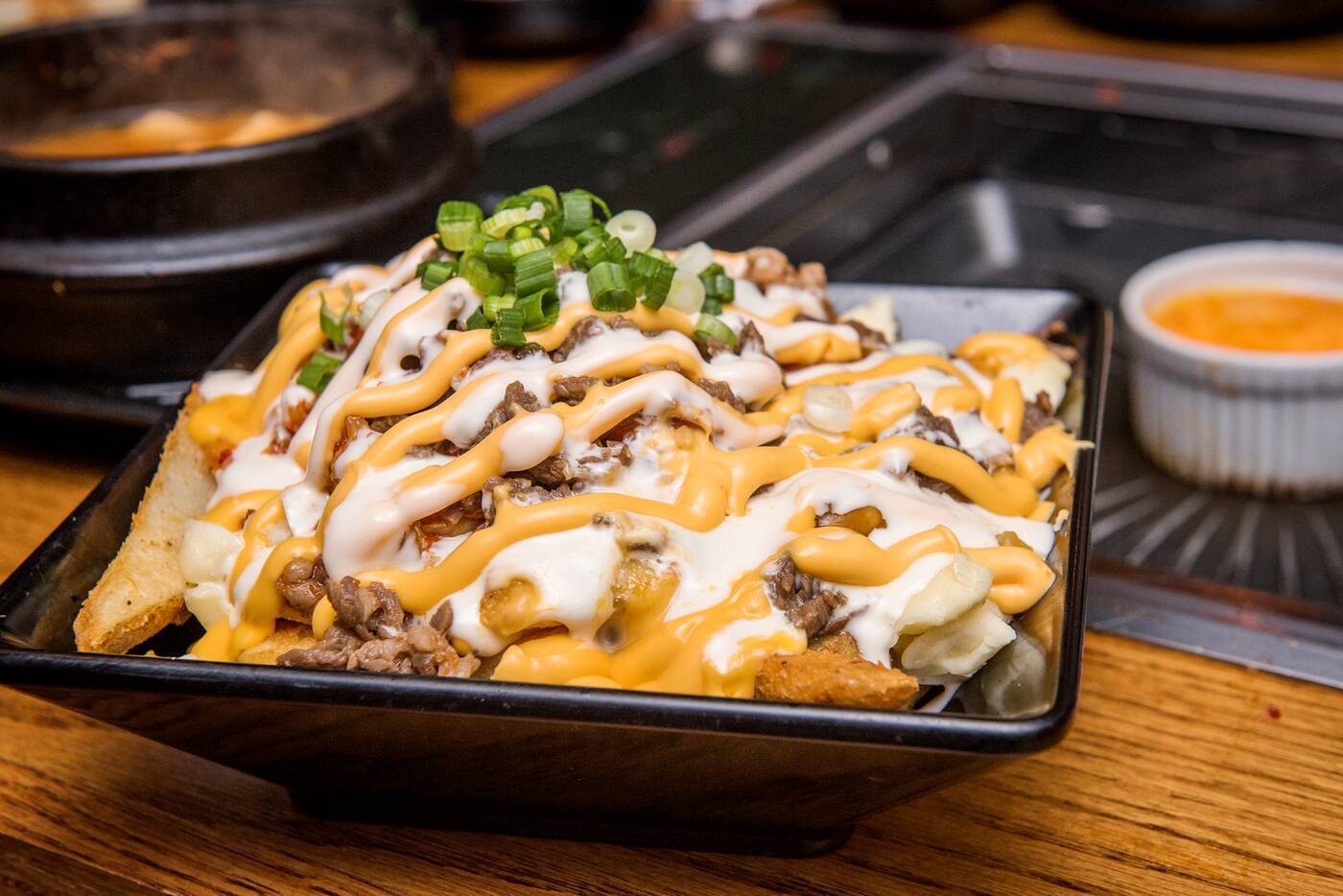 The kimchi bulgogi poutine ($11.99) isn’t as satisfying as it sounds though it’s definitely filling, with cheese, gravy, and sour cream atop a big pile of fries with kimchi and sliced Korean-style beef. 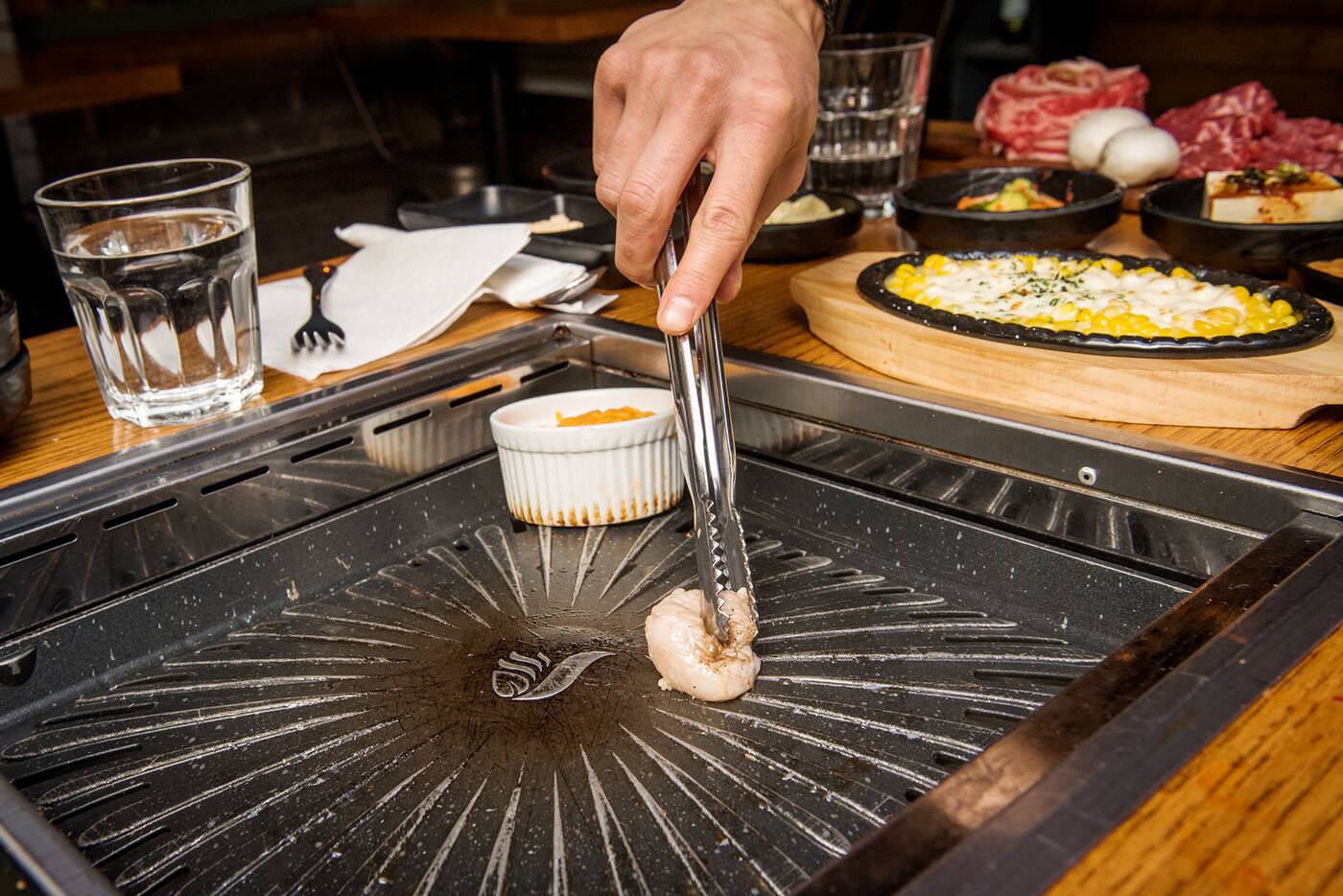 Before cooking your meat, you can oil up your grill with some chunks of pork fat provided on the side. Use your tongs to distribute the fat for a non-stick pan effect. 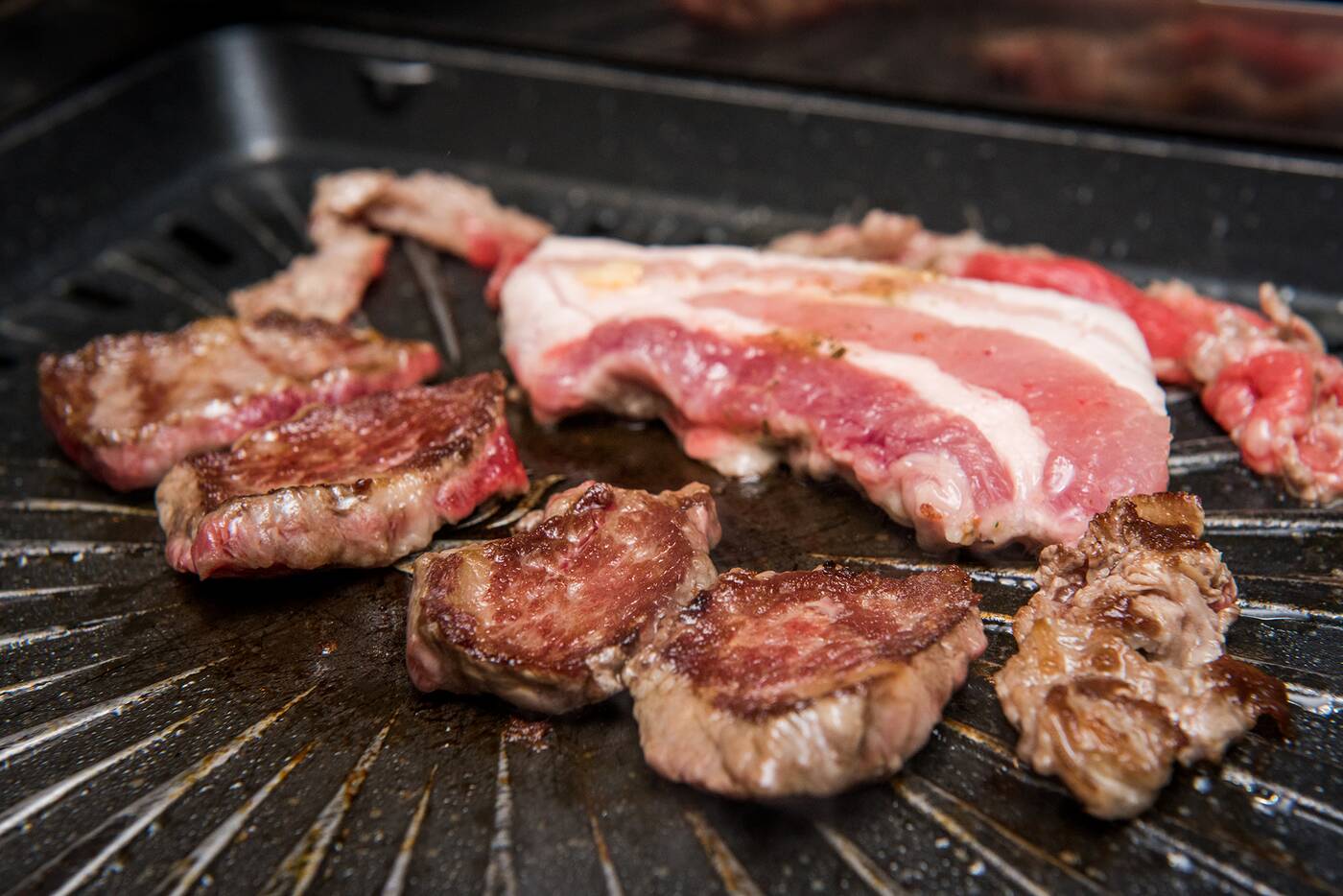 If you like your meals cheesy, you can also get the fondu bowl with dry cheddar ($3.99) to melt on your grill. By the time your meat is cooked and ready, you’ll have a gooey bowl of cheese to dip it in. 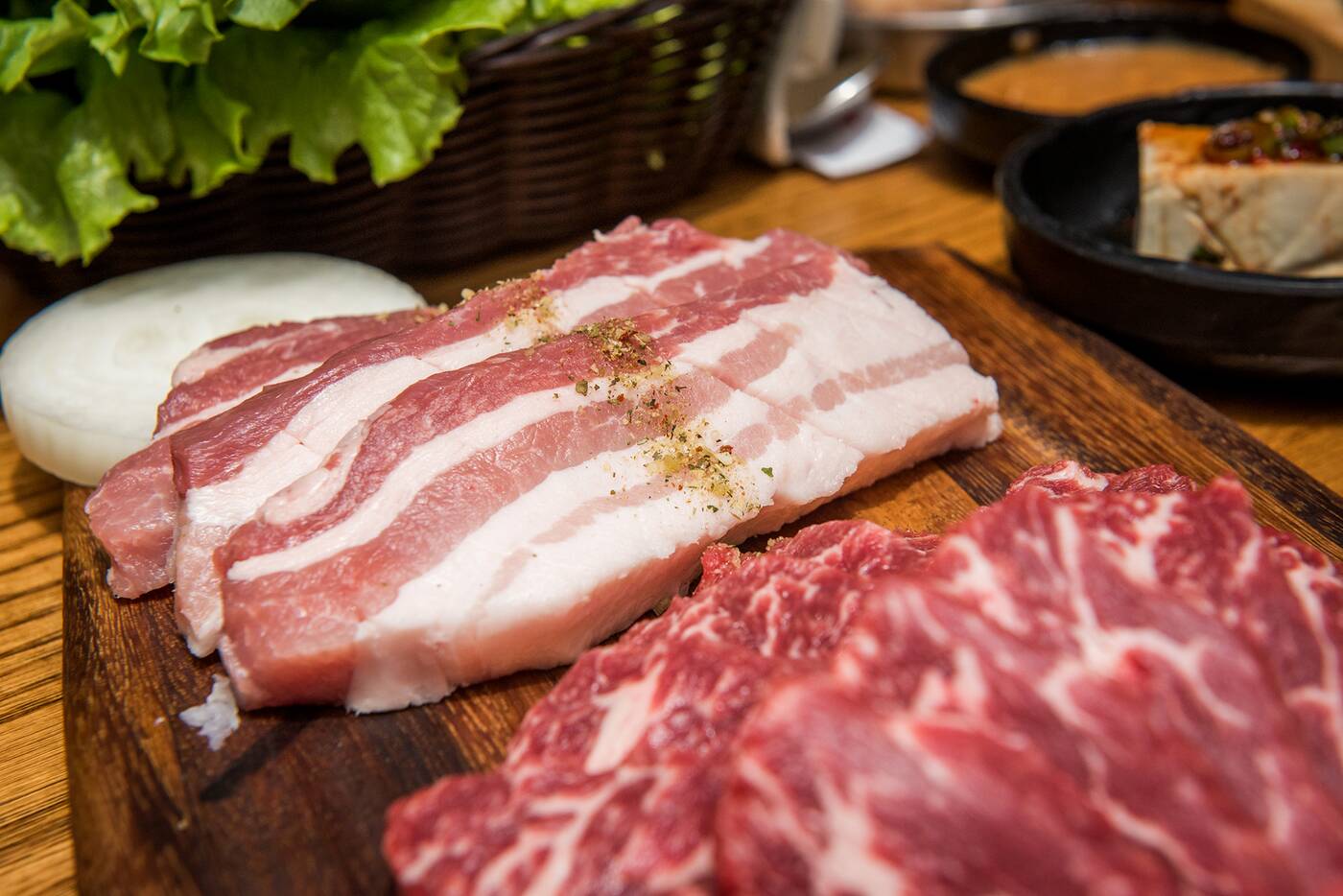 The pork belly ($17.99) is incredibly juicy; served in thick fatty strips, they come sprinkled with a little bit of Greek seasoning on top. 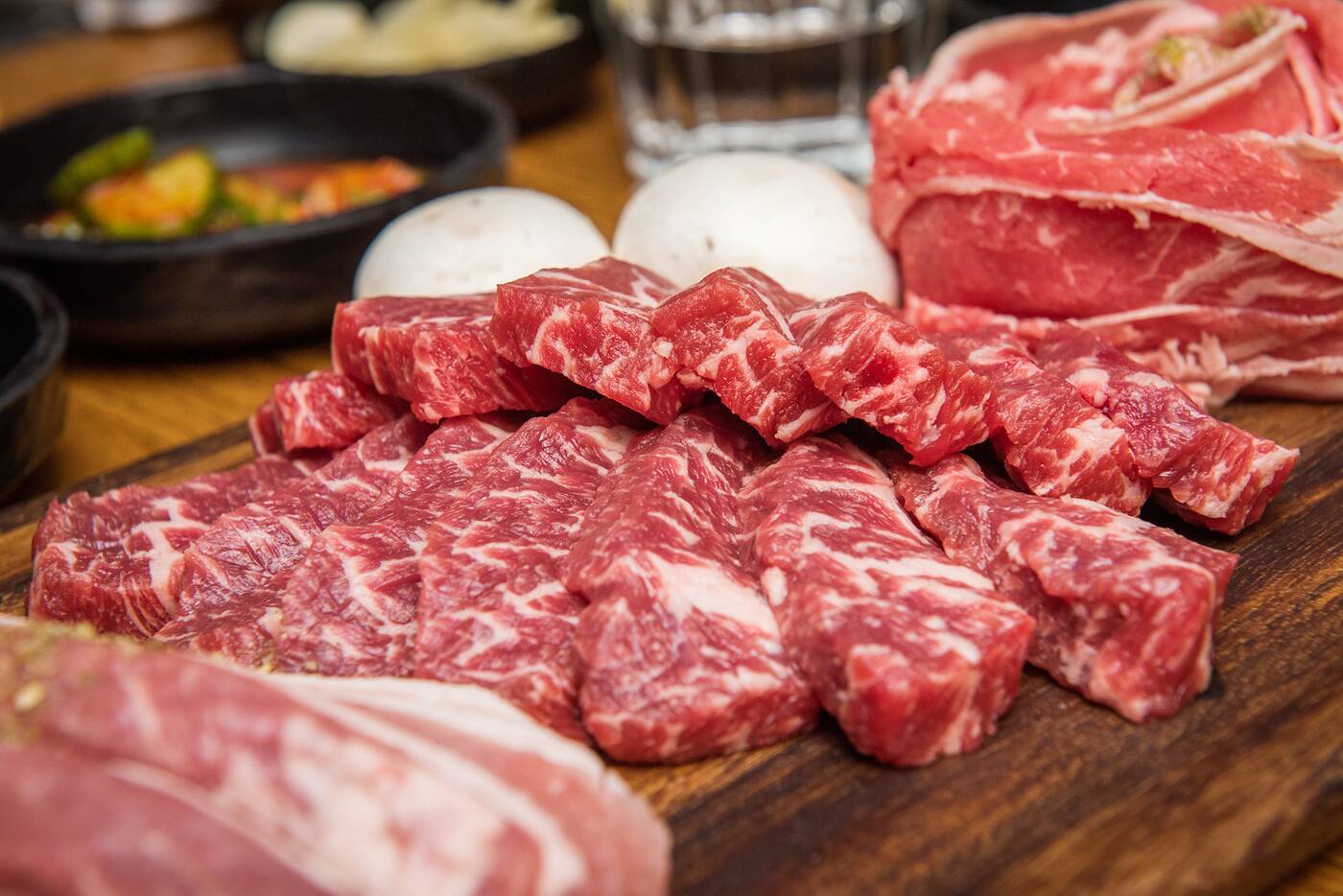 The well-marbled short ribs ($26.99) are served boneless, and cook quickly, so be sure to monitor well. 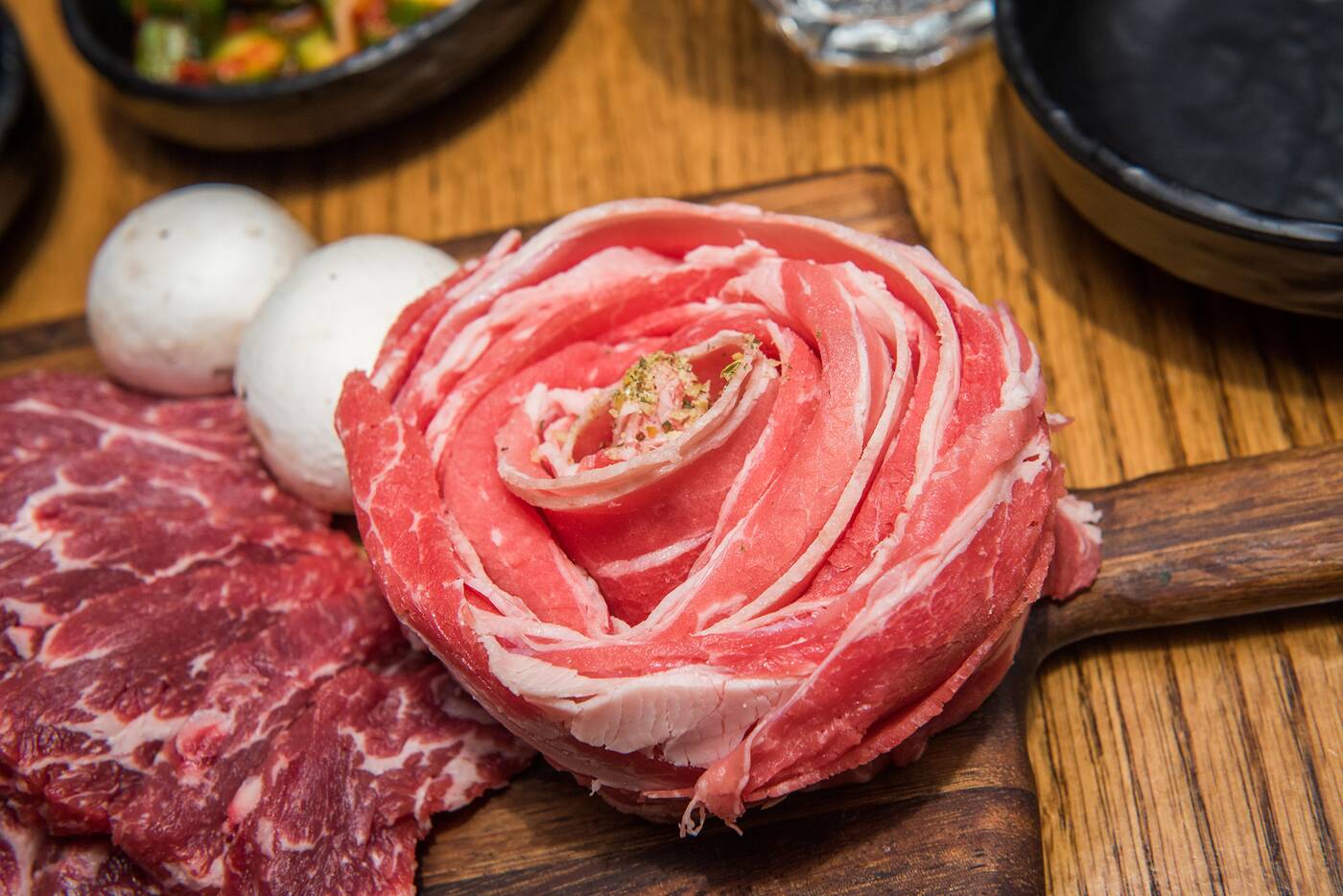 Not a common offering at a lot of Korean BBQ spots, Ssam serves pork false lean ($18.99) – a cut of meat from the shoulder area of the pig – beautifully rolled into a meat rose. 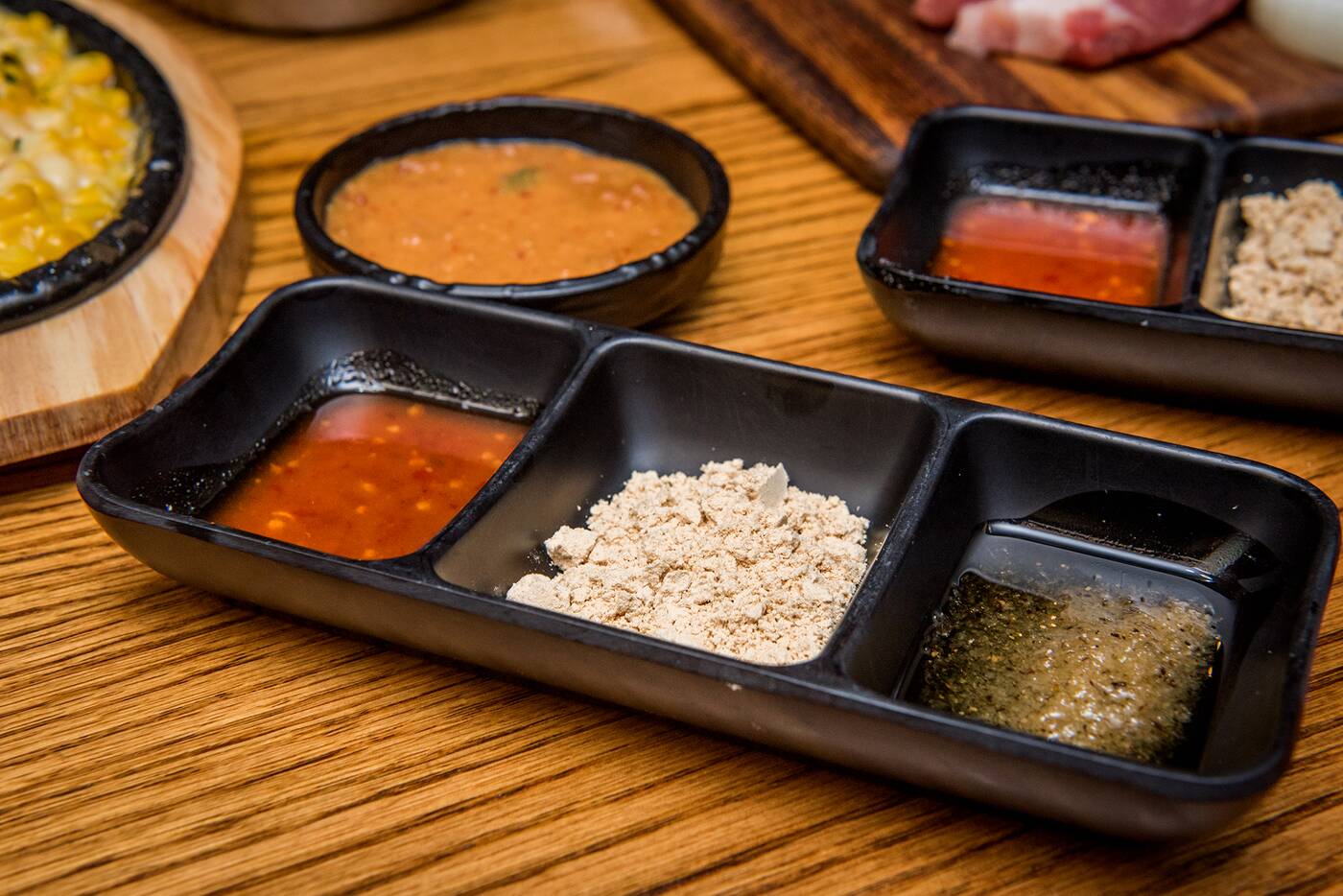 You can accompany any of the meats with three sauces provided to every guest. Hot and sweet sauce provides the kick while the soy flour and salt mixture adds the flavour, with a sesame oil mixed with pepper for dipping. 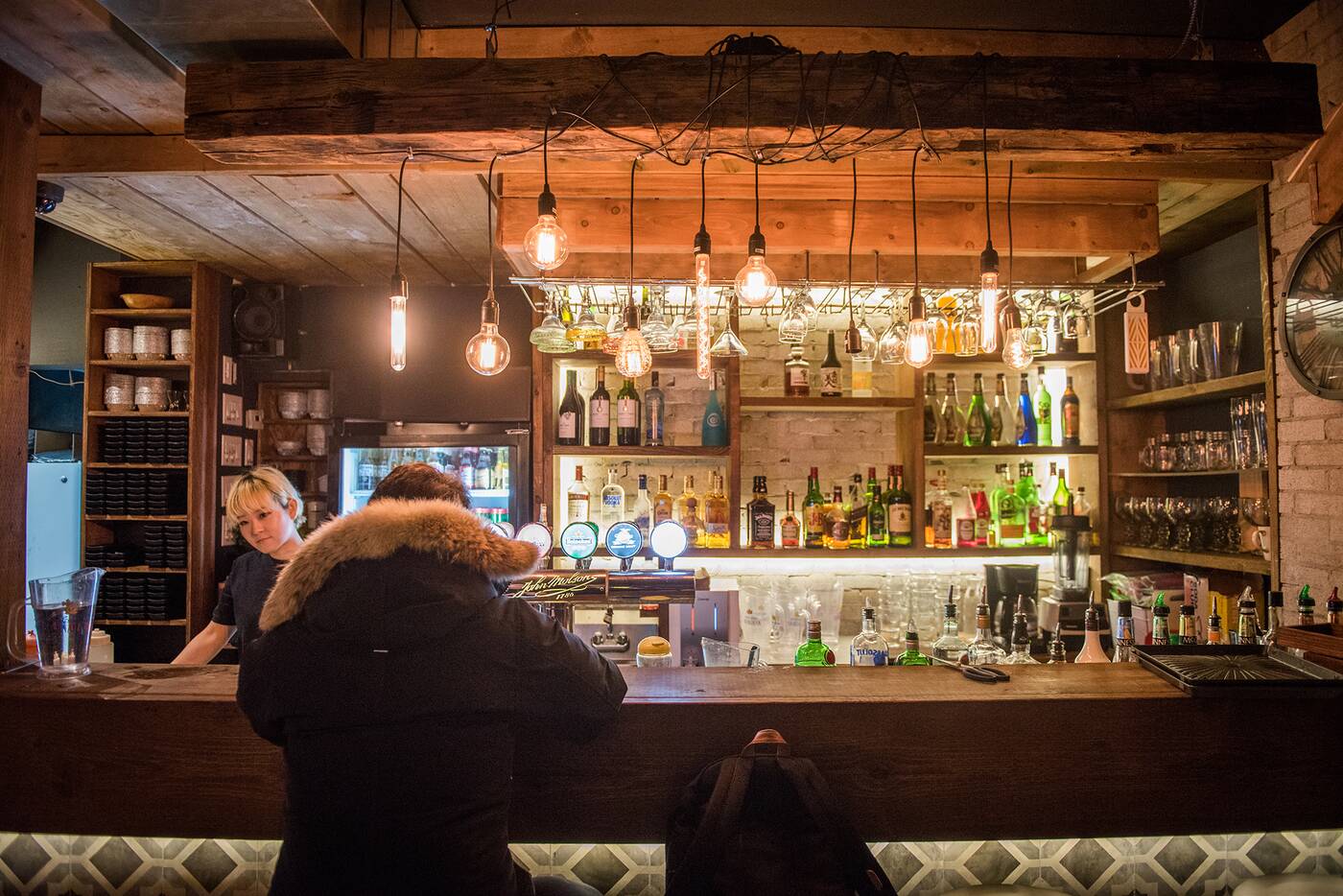 It’s not a Korean BBQ without soju: you can get a small bottle of traditional Chamesul for $16.99, and a big variety of shots for $4.99. 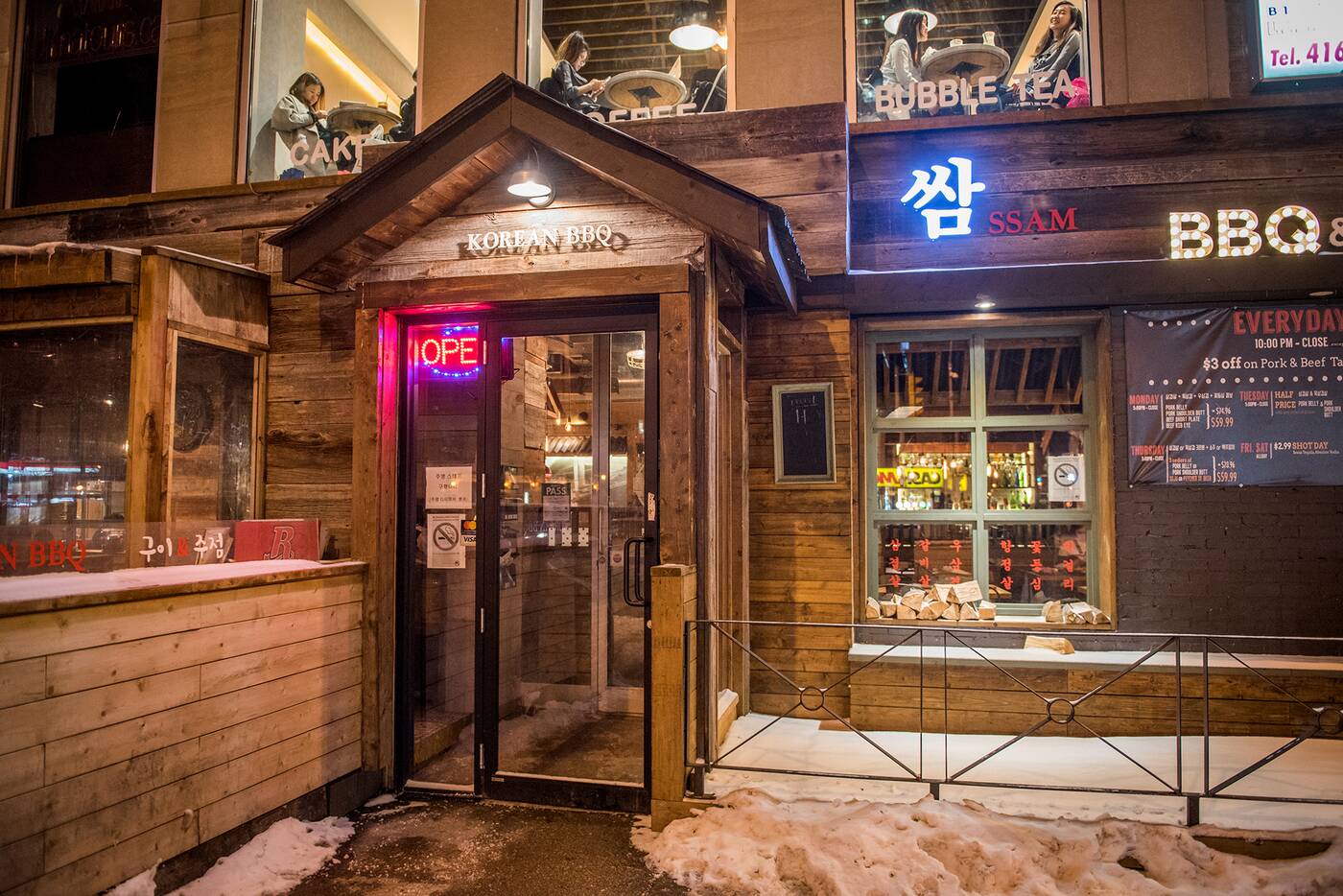