Small Town Food Co. is an inviting eatery now open in Parkdale in the former site of M&B Yummy Ethiopian Cafe. The casual kitchen and bar is co-owned by childhood friends, Stephen Mckeon ( Wrongbar ) and Cameron Hutton ( The Drake Hotel ) who both hail from Erin, Ontario, a rural community that also happens to be hometown to other notable Parkdale restauranteurs, Colin Tooke ( Grand Electric ) and Nigel French ( Food & Liquor ). 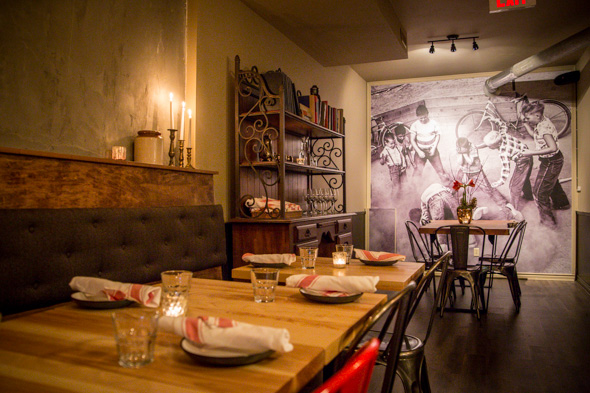 The new spot aims to capture the friendly vibe and small town hospitality of rural Ontario. The cozy room consists of a compact open kitchen, well stocked bar and rows of candlelit tables. The space is rich in textures but sparsely adorned; the monochrome photo mural of a schoolyard brawl is the only real bit of attitude. 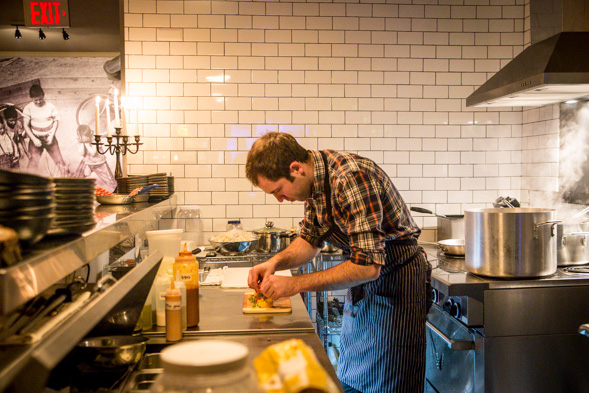 The menu from Chef Tallis Voakes (Nobu) takes familiar fare and gives it reserved updates to suit more discerning palates. Listed under the headings "garden," "meat" and "from the sea," many of the offerings are small sharable plates with commendably accessible price points, though hearty dinner-sized plates like Rabbit Bolognese ($16) and Ox Cheek ($21) with creamy mashed potatoes will satiate big appetites too.

Folksy pub fare like a Scotch Egg ($5, lead photo) is elevated with technical panache. Here, the panko crusted pork rillette (house-ground meat from scratch, of course) encases a perfect 5-minute egg. Housemade barbecue sauce is served on the side though I'd happily have it doused over the whole plate and bleeding into the golden runny yolk. 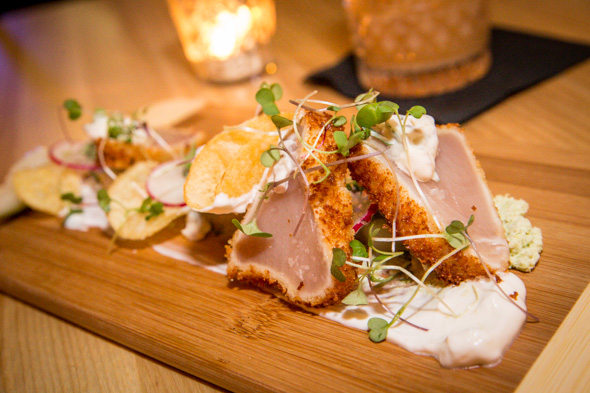 The Fish & Chips ($12) is not a traditional rendition, though it has all the key flavour components. The fish, albacore tuna is crusted with panko and fried before being thickly sliced to reveal a raw centre. It's served over a smear of edamame purée with sour cream, tartare sauce, house pickles and freshly fried chips. 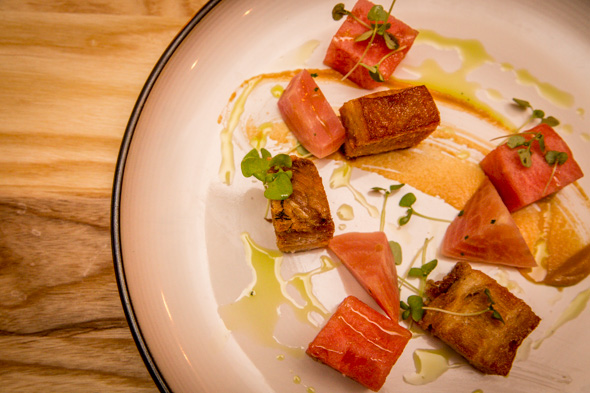 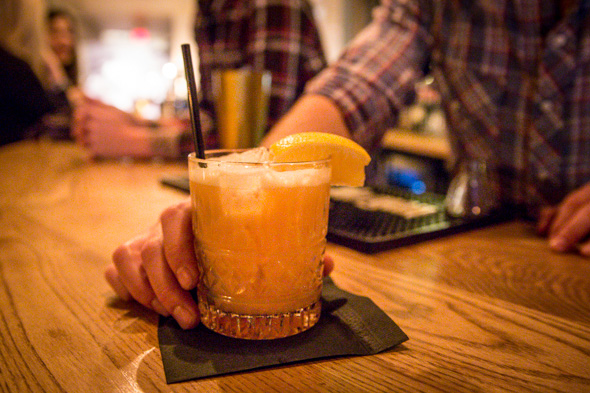 At the bar, Blanche de Chambly, Sapporo and one seasonal tap, currently Okanagan Spring's Winter Ale, go for $8 a pint. By the bottle the beer selection is more diverse. The wine list is curated by sommelier Anton Potvin and offers just over a dozen bottles ($40-$80) selected to pair with the informal menu. The cocktail list is still growing but includes signature drinks like the Small Town Sour ($10), shaken with cinnamon and clove infused bourbon, fresh squeezed lemon juice and frothy egg whites. 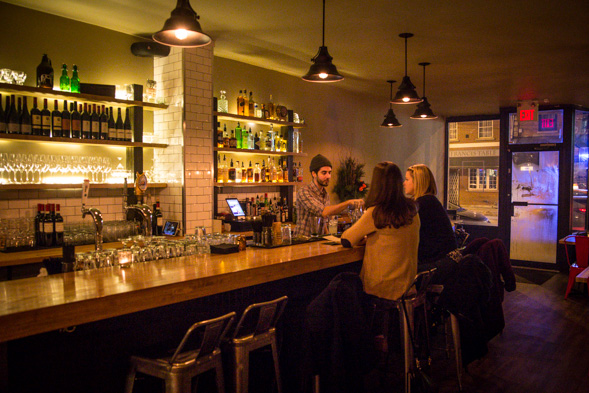 Small Town Food Co. is open every day except Tuesdays from 6pm until last call. The kitchen keeps cooking 'til 1am. 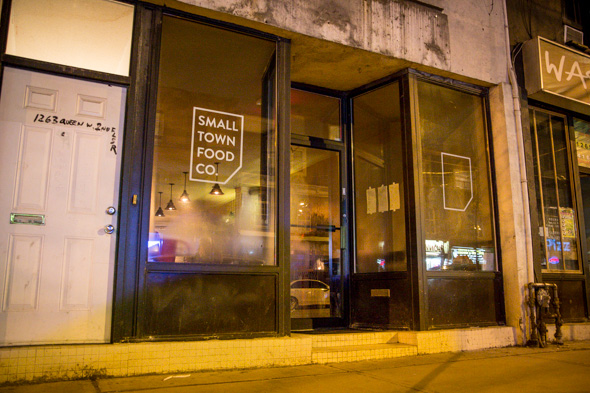