The tiny, unassuming deli on McCaul is owned and operated by Elka Starkman (Sid's daughter) and her husband, Doug Hibberd (former general manager at Moe Pancer's ) - together they might as well be deli royalty, though you'll never know by looking at this place. From first appearance alone, I thought this was surely some bootstrap business. 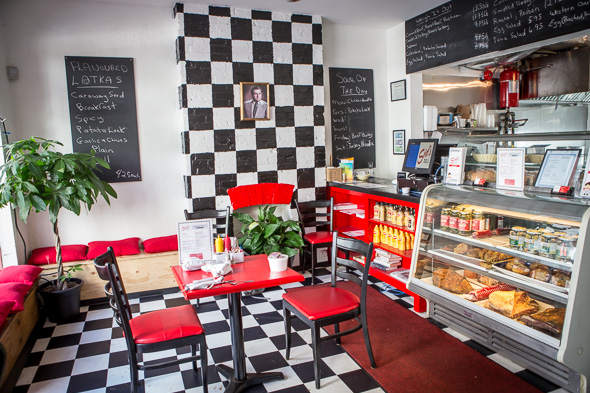 Modelled after the classic, old school deli of yesteryear, the interior is checkered in black and white accented by pops of red. The open kitchen and takeout counter occupies most of the front room, but further back there's a dining room with ample seating. Sadly, the whole place sits empty - the thing this place is missing most is a vibrant, bustling crowd. 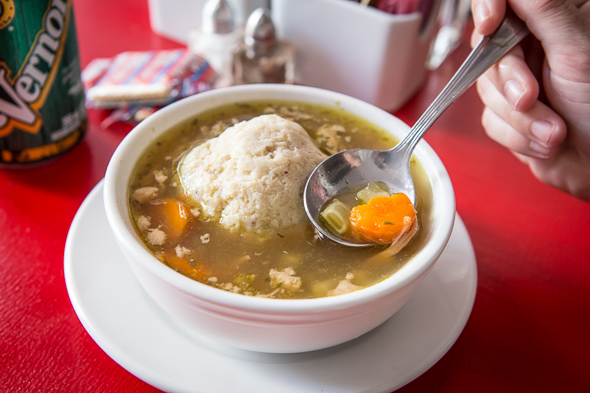 The menu bills soups, salads, and sandwiches, along with Jewish delicacies like latkes, chopped liver, and knishes. The matzoh balls here are enormous, served one per order in a golden chicken soup ($4.25) swimming with carrots and chunks of celery. 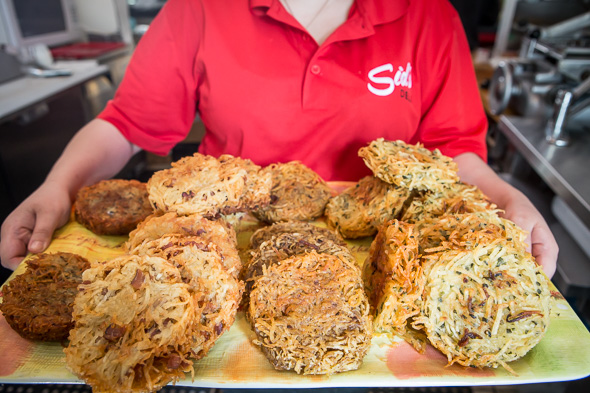 When it comes to latkes ($4.25), there are seven varieties to choose from including potato and leek, dill, caraway seed, and a bacon studded breakfast options. These aren't thin pancakes either, but rather thick patties of golden fried shredded potatoes. 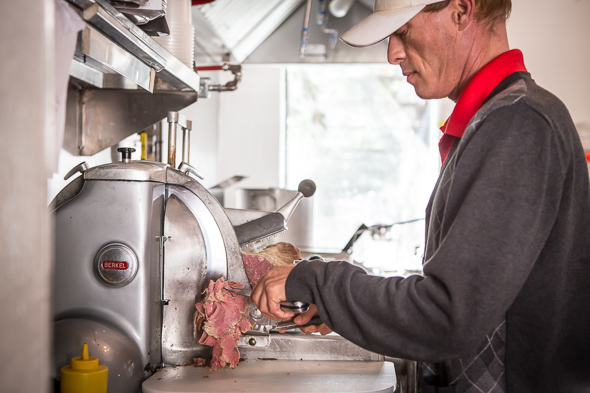 Being a Toronto-based business, you won't find smoked meat, but rather pastrami - a pickled, boiled, then spiced and baked brisket that can be ordered hand-cut by request, but is typically sliced on a machine to achieve ultra-thin layers that are best eaten still warm and piled up between rye bread. 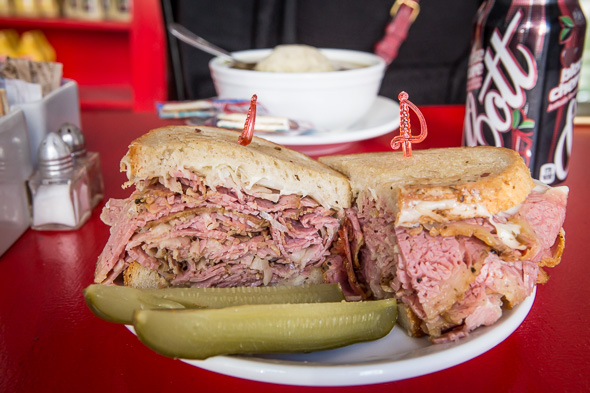 I try the Rachel ($12.15), which doesn't disappoint. It's a lightly grilled sandwich dressed with cheese, sauerkraut and Thousand Island like a Reuben (also on the menu), but features the salty, briney house pastrami rather than corned beef.

The place is licensed so there's a handful of bottled beers on offer, though I'm far more interested in the cans of Cott's black cherry, and am happy to report that the Vernors is in stock too. 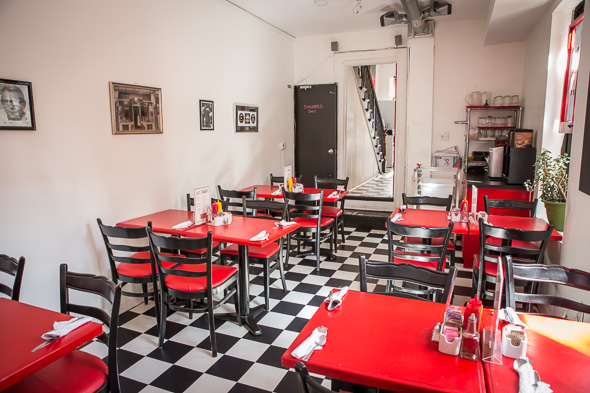 I want to kvetch that prices are high, but after a quick comparison to Pancer's and Caplansky's , it seems that they're on par. Of course Sid's isn't competing with these other delis - it has to contend with the cheap and abundant options available in the Village by the Grange. Can the great pastrami save this place? I sure hope so. 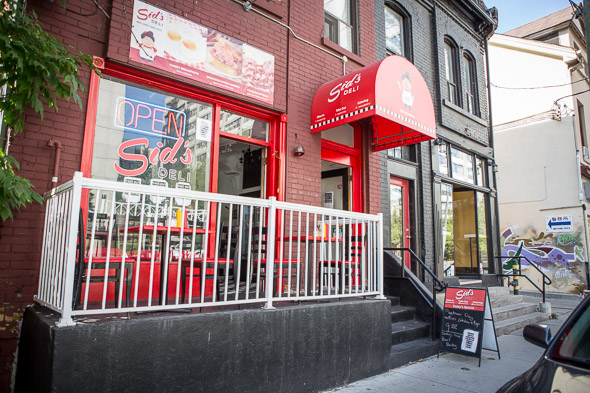