Sadie's Juice Bar is the first offspring of the popular vegan breakfast hotspot, Sadie's Diner . While the original Sadie's serves up vegan friendly diner staples, its new offshoot is honing the art of vegan milkshakes, cones, desserts and surprise, surprise, juices. Just a burrito's throw from new vegan favourite, Hot Beans at Baldwin and Spadina, Kensington Market is an easy fit for the Juice Bar. The "Coming Soon" poster in the window lingered for a couple of months stirring up anticipation with the local omnivores and prompting dreamy discussion of what glorious delights would be served up. Maybe a daydream too many were had, but after a couple visits to the new Juice bar, I can't help but feel a little disappointment. 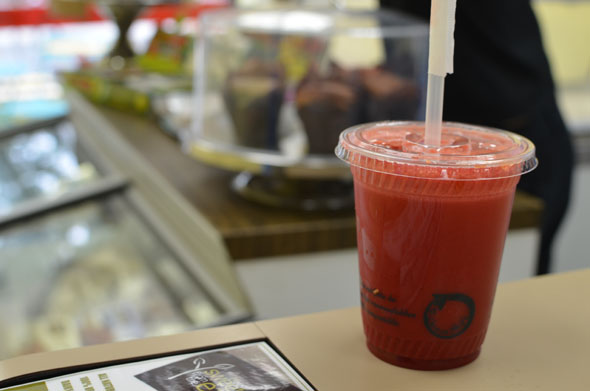 The original Sadie's hails an eclectic road-side diner meets toy store feel that served for the inspiration of the Juice Bar. A small collection of vintage tin lunch boxes is growing on the top shelf but has a ways to go before it can compete against the massive Pez collection at the diner. Walls are a washed-out yellow and unfortunate, institutional fluorescent lights cast the whole space cast in the, uh, wrong light. 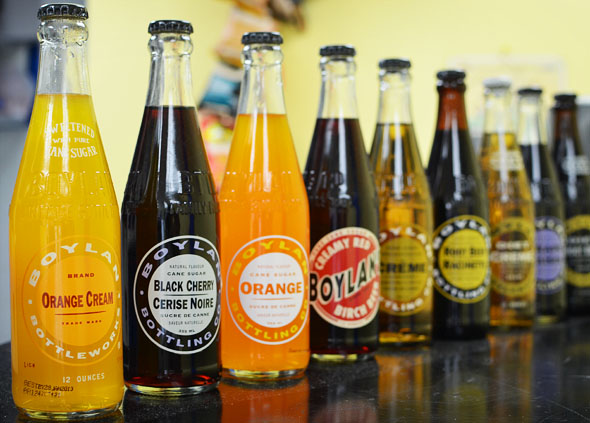 On the menu you'll find a medley of fruits and veggies ready to be pressed through the juicer and served up fresh. The young man working the bar suggested I try his personal favourite combo: beet, carrot and apple. The blend comes in an eco-friendly 'plastic' cup and was a sweet and nutritious blend of fresh produce. I would ask for a couple ice cubes next time to make it more summer refreshing. 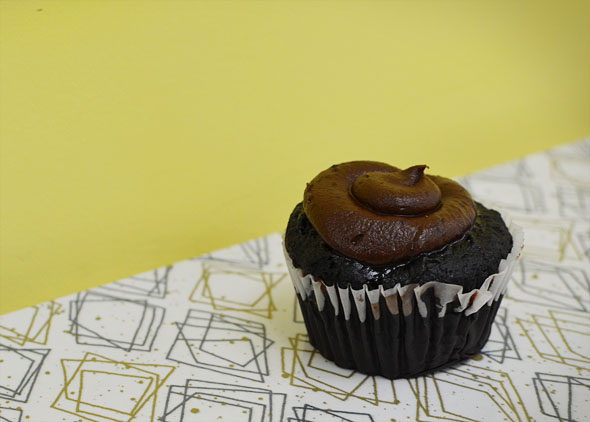 Most of the desserts, brownies, carrot cake and the sort, are outsourced from masters of vegan deserts, Sweets from the Earth. The brownies and other cakes are insanely delicious but are also sold at the grocery store just down the street. Their in-house made chocolate cupcakes couldn't compare to the outsourced desserts. The grainy texture and dryness made me starkly aware that I was eating a vegan cupcake. 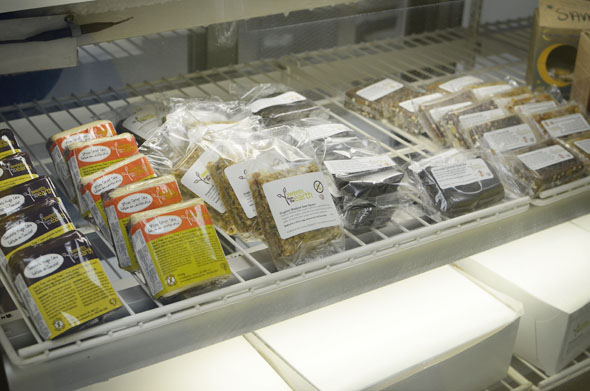 Coming to the Juice Bar soon will be a selection of homemade vegan ice creams. For the time being vanilla, vanilla wood and chocolate Tofuti brand are being served as cones or in milkshakes. Both the cones and the simple soy milk/soy ice-cream milkshakes are a little boring and decidedly reminiscent of a lacklustre roadside joint. Homemade ice-cream will add a lot of needed love to the menu.

A couple giant bottles of Vega powder and others line the back shelves offering a quick dose of the pricey powder for those not ready to invest in a whole bottle.

Hopefully a bit more time in its new Kensington location is all Sadie's Juice Bar needs to start rolling out some more original vegan fare. It's playing off the classics for the moment but has some stiff competition from other vegan joints in the area. The staff are friendly and welcoming so they just might charm me back for another try. 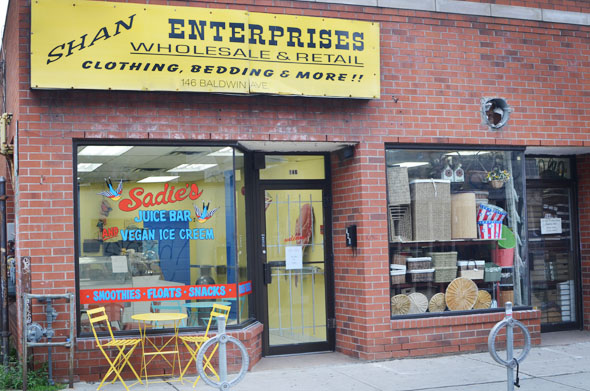