Athlete's Kitchen started out as meal prep service before debuting a retail location in Liberty Village.

The take-out food counter joins similarly health-focused eateries in the neighbourhood including Oats & Ivy and Freshii , but the competition isn't a deterrent for owners Oscar and Yalda Naziri. The neighbourhood is also flourishing with crossfit studios and gyms, and the husband and wife team already has a customer base who order prepackaged meals regularly. 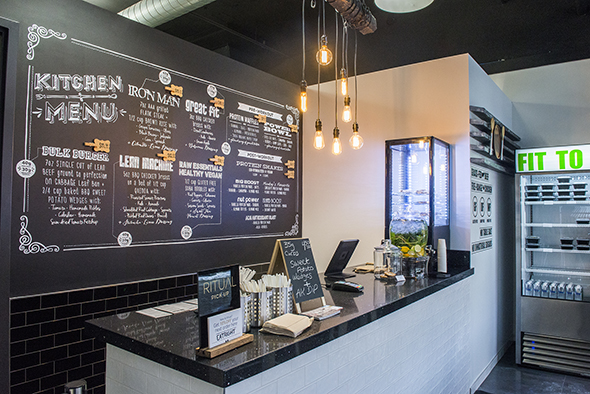 The retail storefront replaces the commercial kitchen the two had been renting in Mississauga since launch in March 2015. From a customer perspective, the space consists simply of an ordering counter and a cold case packed with ready-to-eat meals. Meanwhile the kitchen in the back has introduced a menu of hot foods made to order.

The Naziris personal interests in all things fitness and clean eating is what spurred the business. When we talk there's no mention of professional nutritionist involvement, but the Paleo diet is an obvious influence and the menus they promote are free of preservatives, gluten, added sweeteners, salt and dairy. 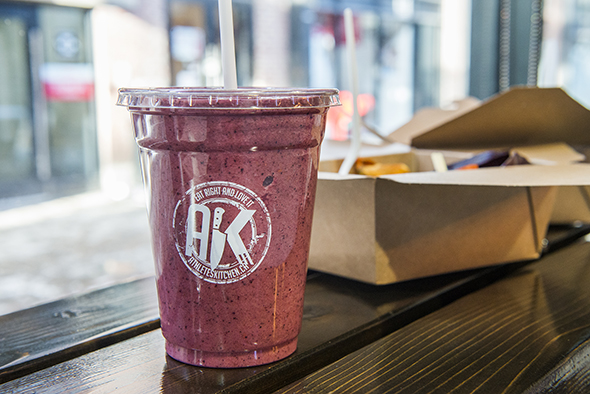 Geared towards a fitness-obsessed clientele, offerings include pre and post workout options in the form of breakfasts and shakes. There's protein waffles ($7.95) and power (steel cut oat) bowls ($6.95) as well as protein shakes ($6.95) like the anti-oxidant blast featuring a blend of acai, berries and iso-hydrolyzed (or vegan) vanilla powder. 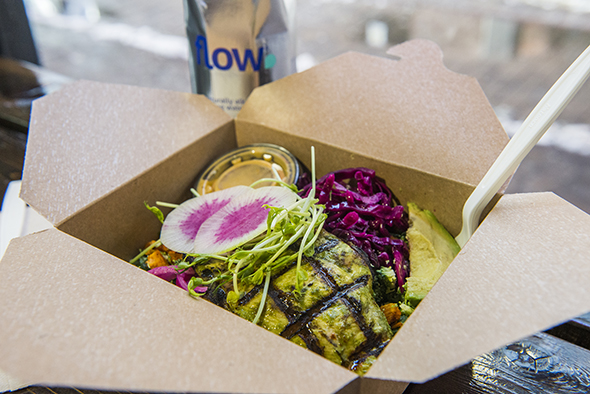 More substantial meals from the kitchen include a choice of five entrees like the Lean Machine ($12.50), a grilled chicken breast over quinoa with chopped kale, roasted sweet potatoes, avocado, broccoli, shredded cabbage and pickled red onions.

Despite the entirely intentional lack of seasoning, it's quite good. The chicken is moist and lightly infused with flavours from the grill while the Sriracha lime dressing really perks up the veg. 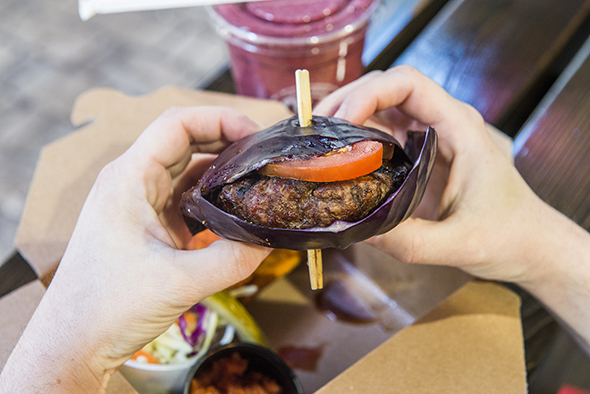 The Bulk Burger ($11.50) is a satisfying substitution to a hamburger. I was already craving a burger (an urge spurred as I passed Harvey's and Hero Burger on the walk over), and it was unexpected that this lean beef patty nestled into cabbage leaves adequately sated the craving. Sides of sweet potato wedges, pickles, slaw and a house-made sun dried tomato ketchup complete the combo. 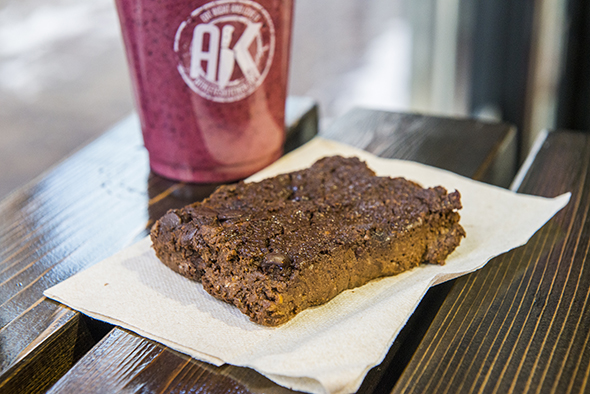 I sample some of the sweets on offer too. The sweet potato brownie ($3.50) is not my thing; the texture is too fudgey and not cakey enough. 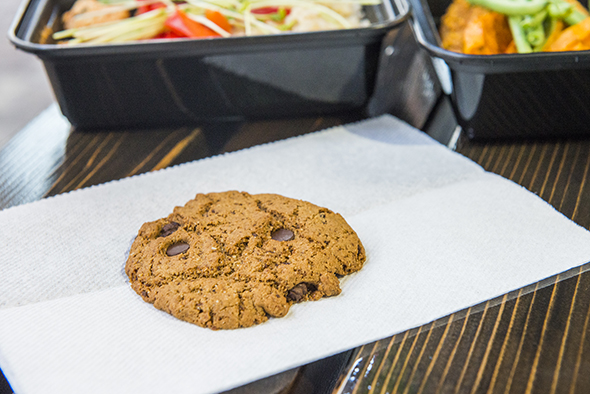 The fresh from the oven paleo cookie ($1.95) made with almond flour, almond butter, eggs, coconut sugar, oil and cocoa is, however, perfect. It's crunchy and just slightly sweet - I'd eat this over traditional baked goods any day. 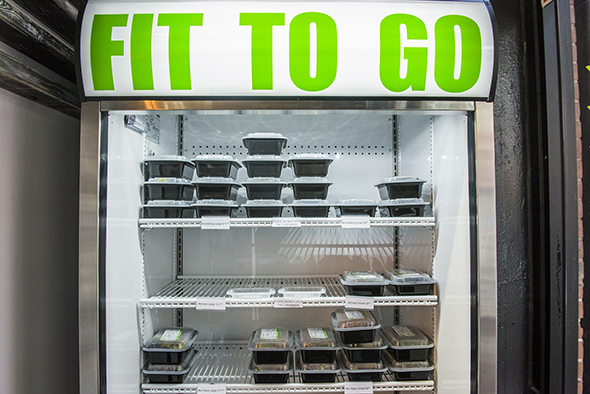 Had I only eaten a salad or some low-carb alternative I would have most like given in to the addictive power of a greasy burger on my way out of Liberty Village. Truthfully I left too full to even think of eating junk food. 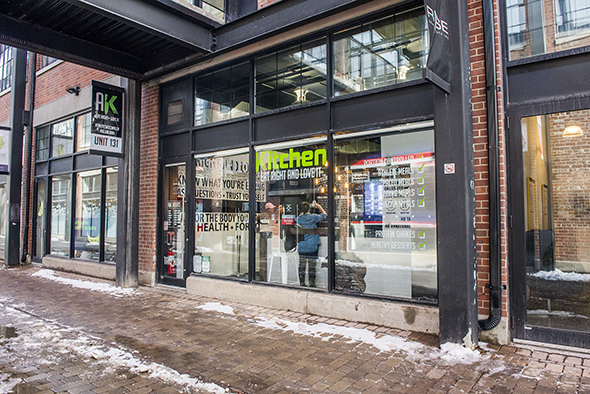