Roux is the newest incarnation of what was, until recently, The Junction Eatery on Dundas West. Owned and operated by the same team, the transformation is described by owners Jamie Delany, Joe Ross and Derrick Markland as something the neighbourhood deserved.

The food has always been commendable but the space was previously a mish mash that could no longer keep up with the influx of stylish new establishments booming in this section of town (think Playa Cabana Cantina and the Indie Alehouse , to name only two). The new interior makes use of the original floor plan but has been given a chic makeover that incorporates inlaid wood floors, deep turquoise and ochre upholstery, subway tiles and black and white graphics. 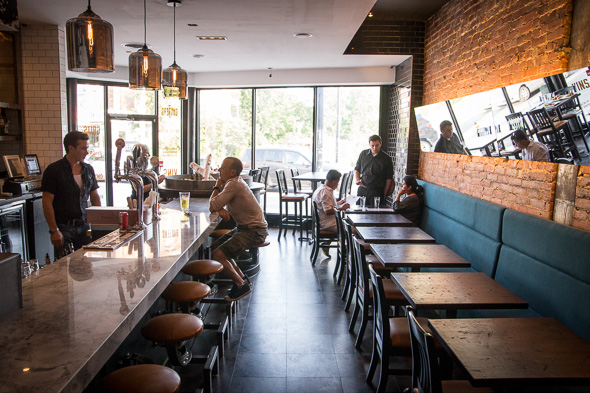 The menu is new too, though veteran Chef Derrick Markland (he got his start at Truffles and The King Edward Hotel) doesn't see it as a big shift. Like before, the dishes still draw from French-Cajun, American Southern comfort foods, but now the dinner menu has been tweaked and expanded and the influences made more obvious. 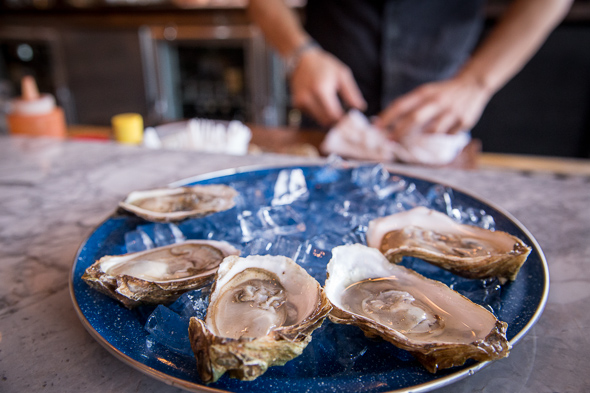 Oysters (MP), shucked to order and served with hot sauces and traditional shallot vinegar mignonette are among the new offerings. 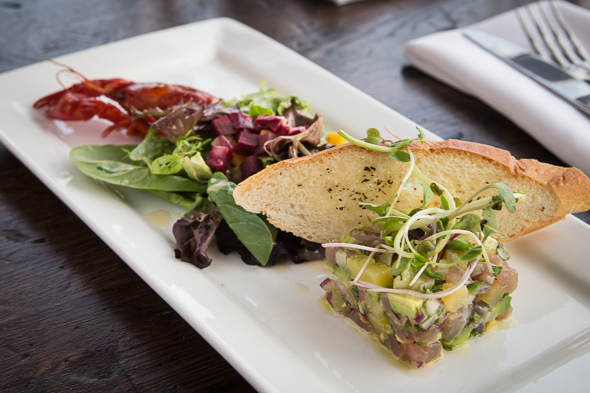 From the starters, I also try the refreshing tuna, crawfish Ceviche ($11) mixed with avocado and pickled beets. It's served along with crostini, mixed greens and a crawfish head for those that like to suck out all the good stuff. 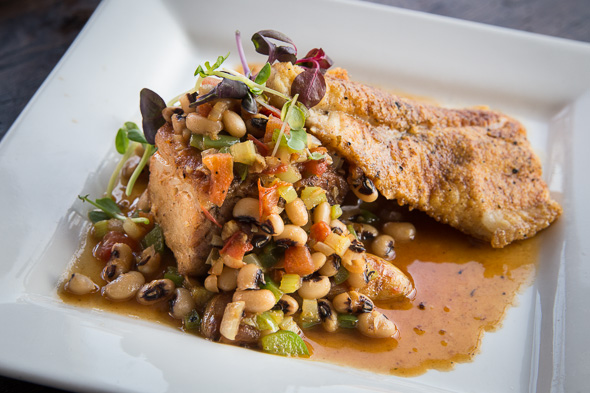 I sample the Catfish ($18), which is seasoned with house Cajun spices and pan fried for delicious results. Making it a heartier, more gratifying plate, the delicate fish is served over a thick slab of whiskey braised pork belly and accented by a smoky tomato and black eyed pea ragu. 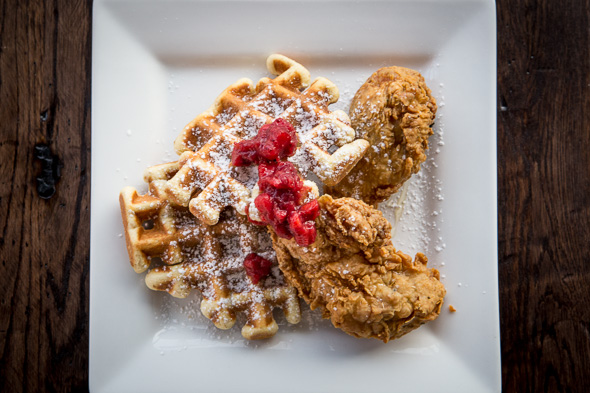 Locals will be pleased to know that plates like Scallops ($20) and The Yardbird ($16) are still available in various forms. The scallops now come plated over creamy grits; the fried yardbird (buttermilk-soaked and seasoned flour-dredged chicken) comes with a choice of mashed potatoes with slaw or waffles with bourbon maple syrup and seasonal fruit compote. 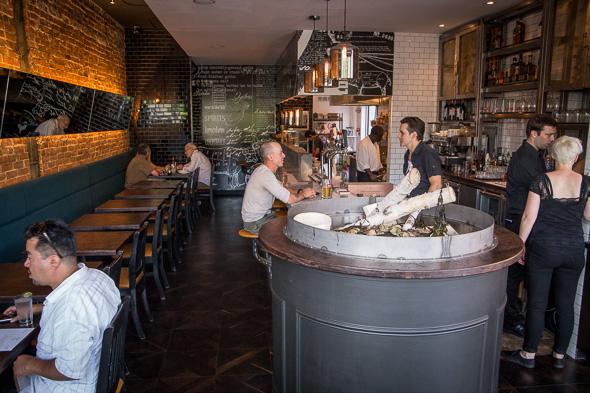 The bar menu is still a work in progress but Ross tells me to expect cocktails ranging from $7 to $11, including bacon infused bourbons and a caesar menu for weekend brunch.

Currently, Roux is open for lunch starting at 11am, Tuesday to Friday. Brunch is offered on weekends from 9am until 3:30pm, and dinner is served Tuesday to Saturday from 5:30 on. Reservations are accepted and a patio off the side is in the works. 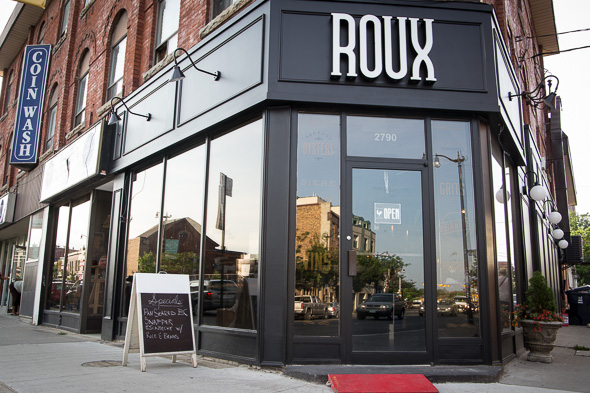