What's not to love about Reyanna's Roti Shop? This small hole in the wall at 2131 Lawrence Avenue East serves up what just might be the best roti east of the DVP.

I stopped by recently for a late lunch and ordered up a mixed veggie roti ($5) which came stuffed with potatoes, eggplant and channa (curried chickpeas). The mixture was sublime, if not a little bit on the mild side. Unlike Gandhi on Queen the kitchen takes it easy on the spices so be sure to ask them to take it up a notch if you like your rotis with a bit of kick.

Like Pam's , the flavour influences here are from the West Indies and the roti itself is wrapped in a Caribbean style-shell stuffed with dhal puri. 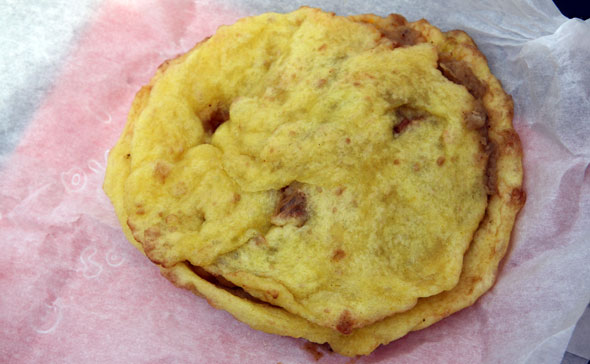 Also on the menu are curry duck, chicken, goat, shrimp and beef rotis (prices range from $7 to $9), various rice dishes, daily specials, dhal pourie and paratha. Don't miss their doubles ($1.25) stuffed with channa (above). Yum. For the more adventurous, there's also something called an aloo pie which looks a bit like a croissant stuffed with mashed potatoes. 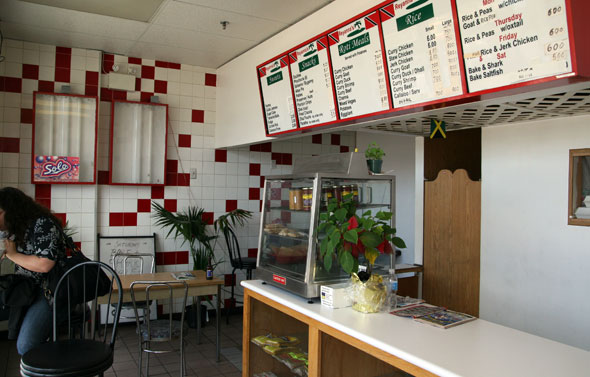 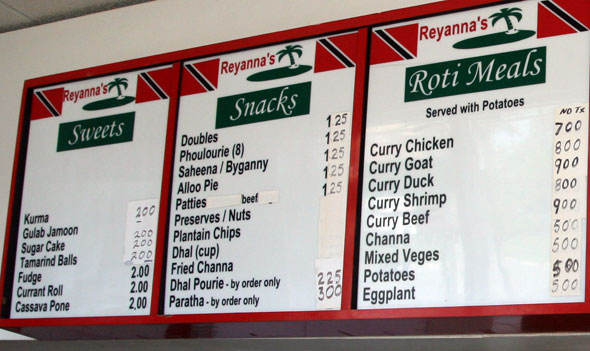 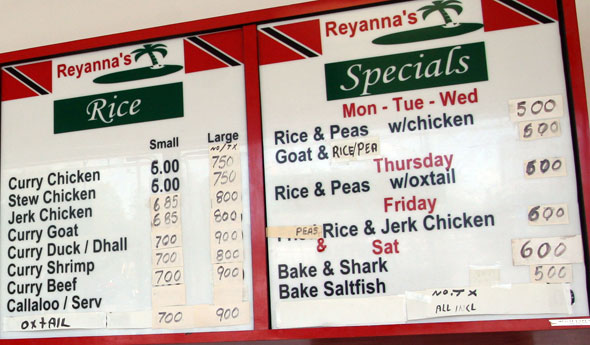 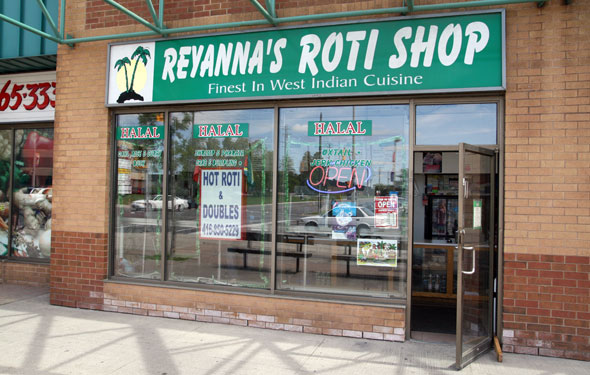