Rebel House is a true Ontario pub, named after the rebels of the 1837 Upper Canada Rebellion that began in a tavern. How fitting!

They specialize in pouring exclusively Ontario draft and wines, but Rebel House is actually also known for an exceptional homemade food program that features recipes from the 19th century. 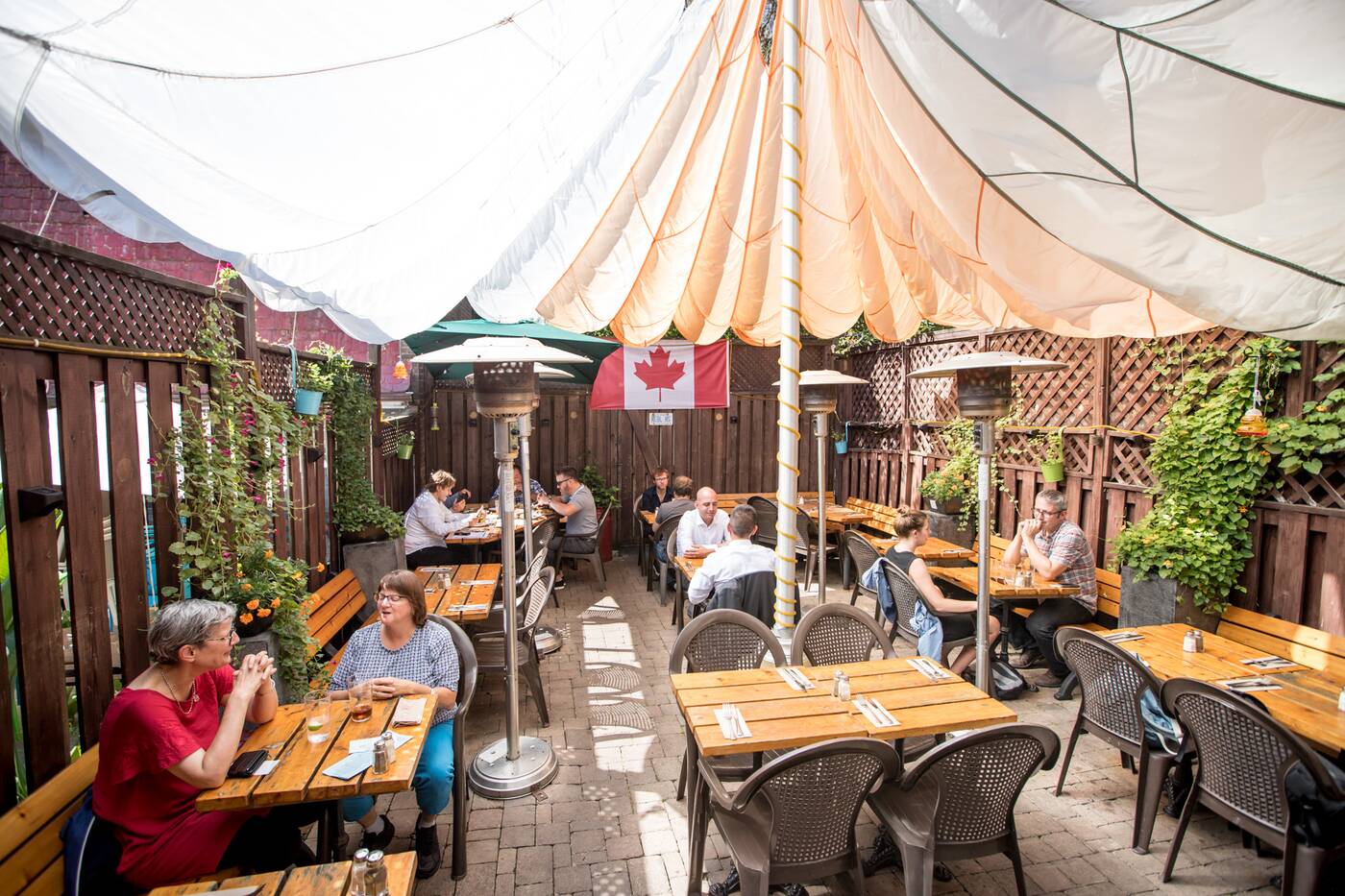 The narrow wooden interior feels like a relic from the past, and gives way to a lush and sunny back patio. 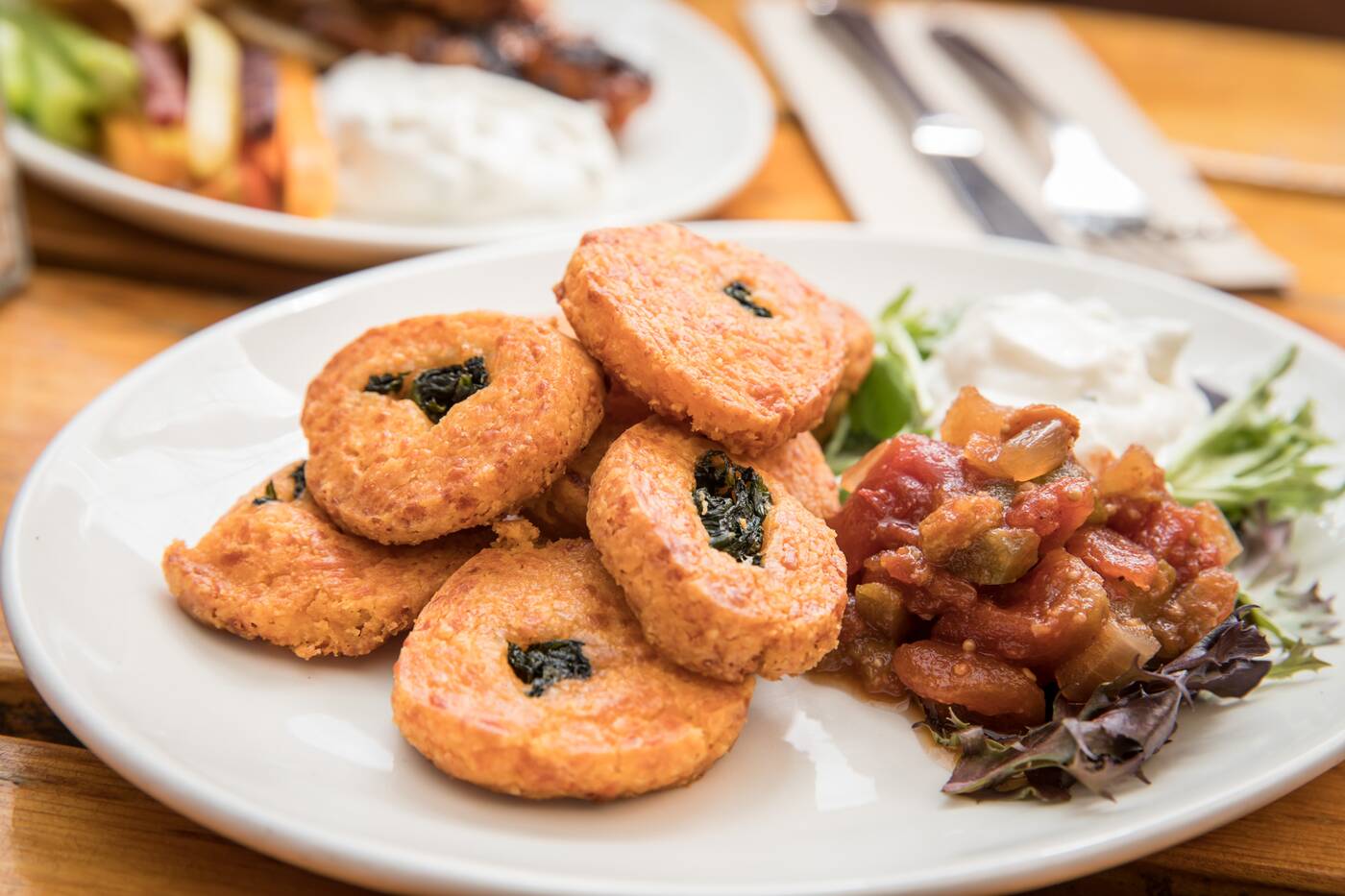 Spicy Spinach Cheese Pennies ($10.95) are based off a 150-year-old recipe: biscuits made to order with cayenne, aged cheddar, spinach, flour and butter.

They have that nice, baked cheesy taste. Dip it in both cooling, tangy chive sour cream and tomato apple chutney for a flavour combination that almost seems too good for the 1800s. 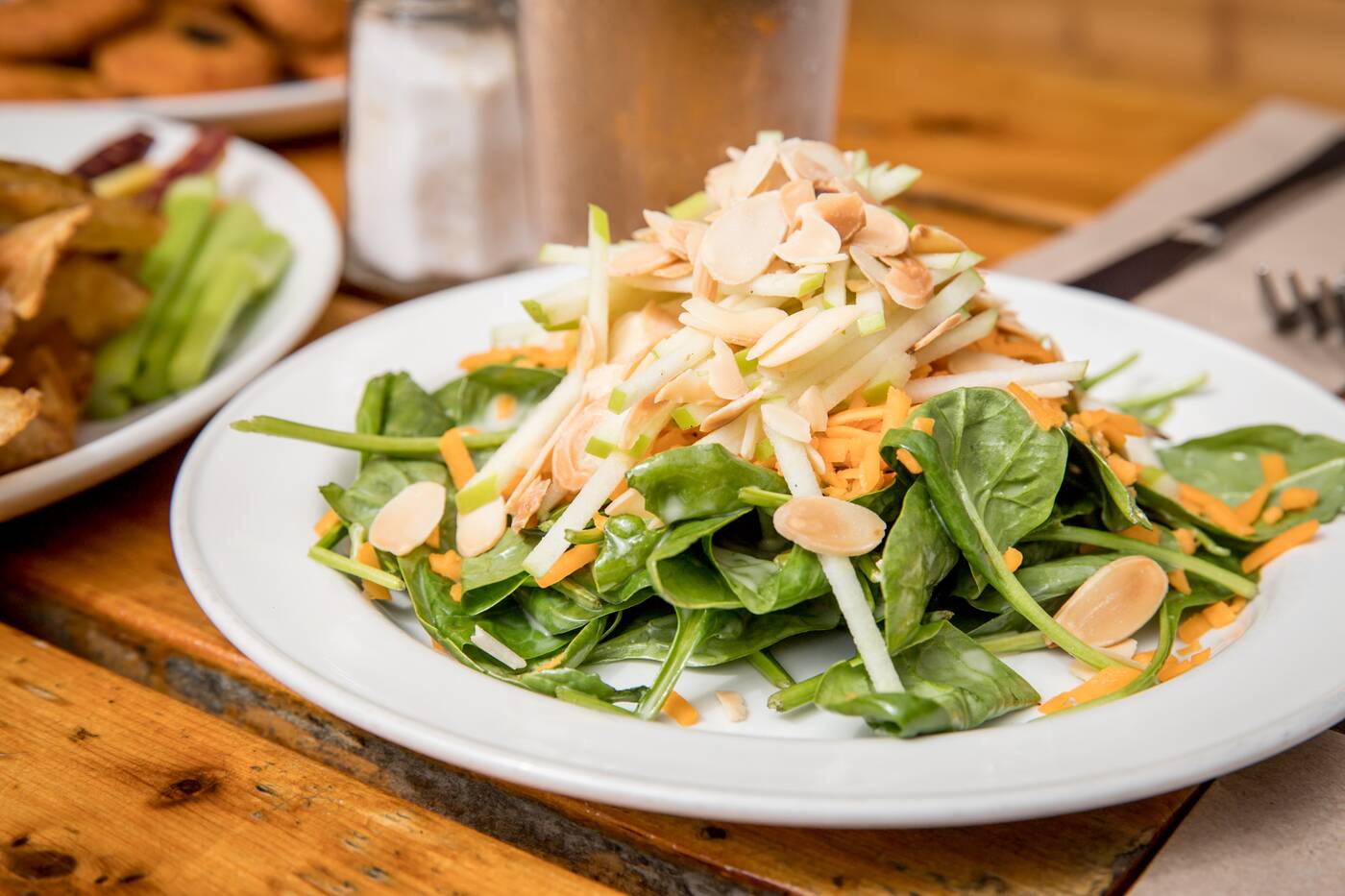 A spinach salad ($8.45 for a small size) brings some lightness into the menu. The dish has local organic baby spinach topped with a punchy combo of aged cheddar, toasted almonds, Granny Smith batons and a sweet, creamy maple dressing. 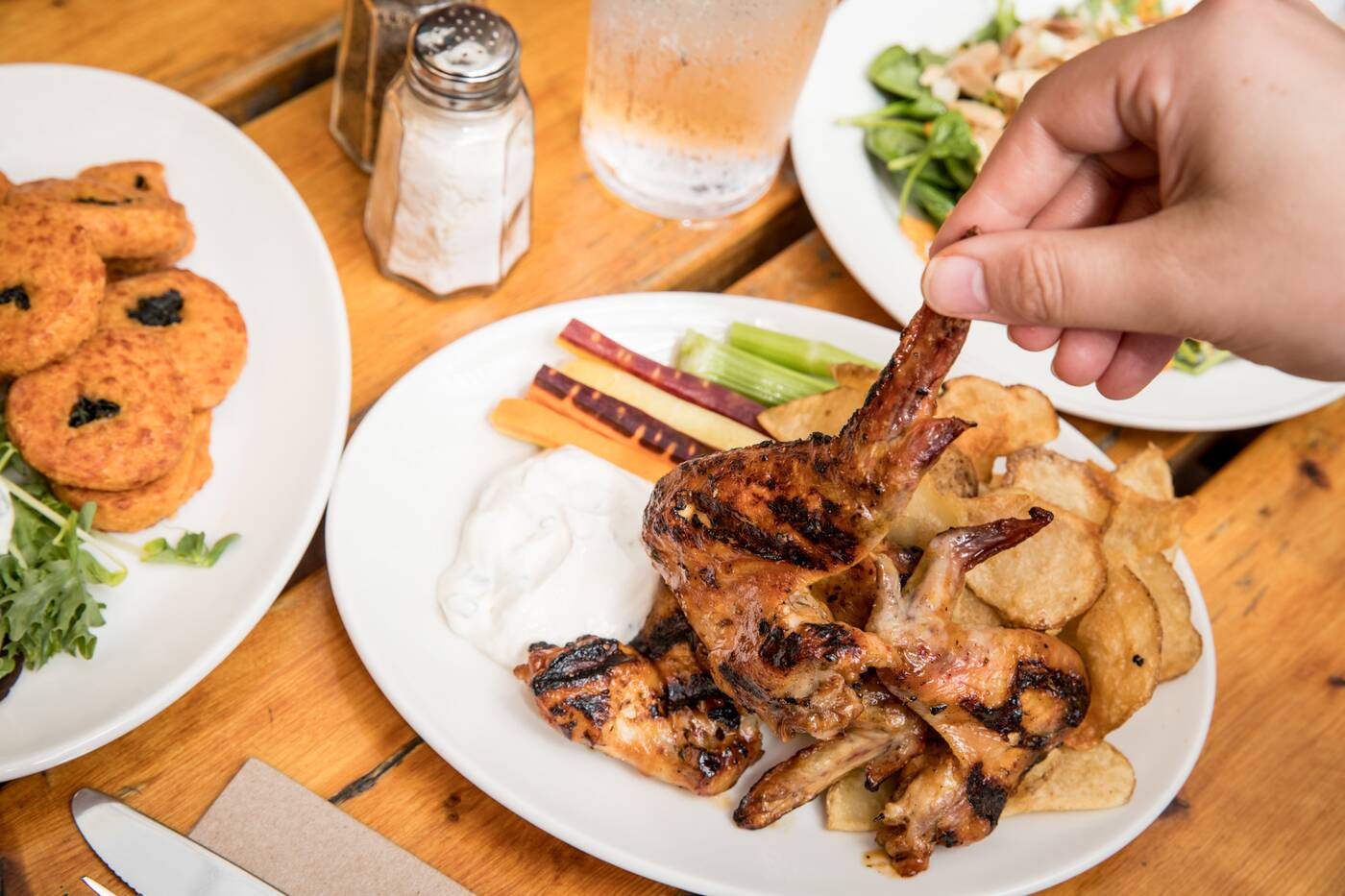 Wings ($10.95 for a half order) don’t rest on gimmicks of a million sauce options or special deals, available only in spicy jerk rub or BBQ.

However, they are marinated, oven-baked, grilled to order and served whole, something not many places can say they do. This results in a meaty but super tender wing that slides right off the bone, and the BBQ sauce is light but still adds great flavour. 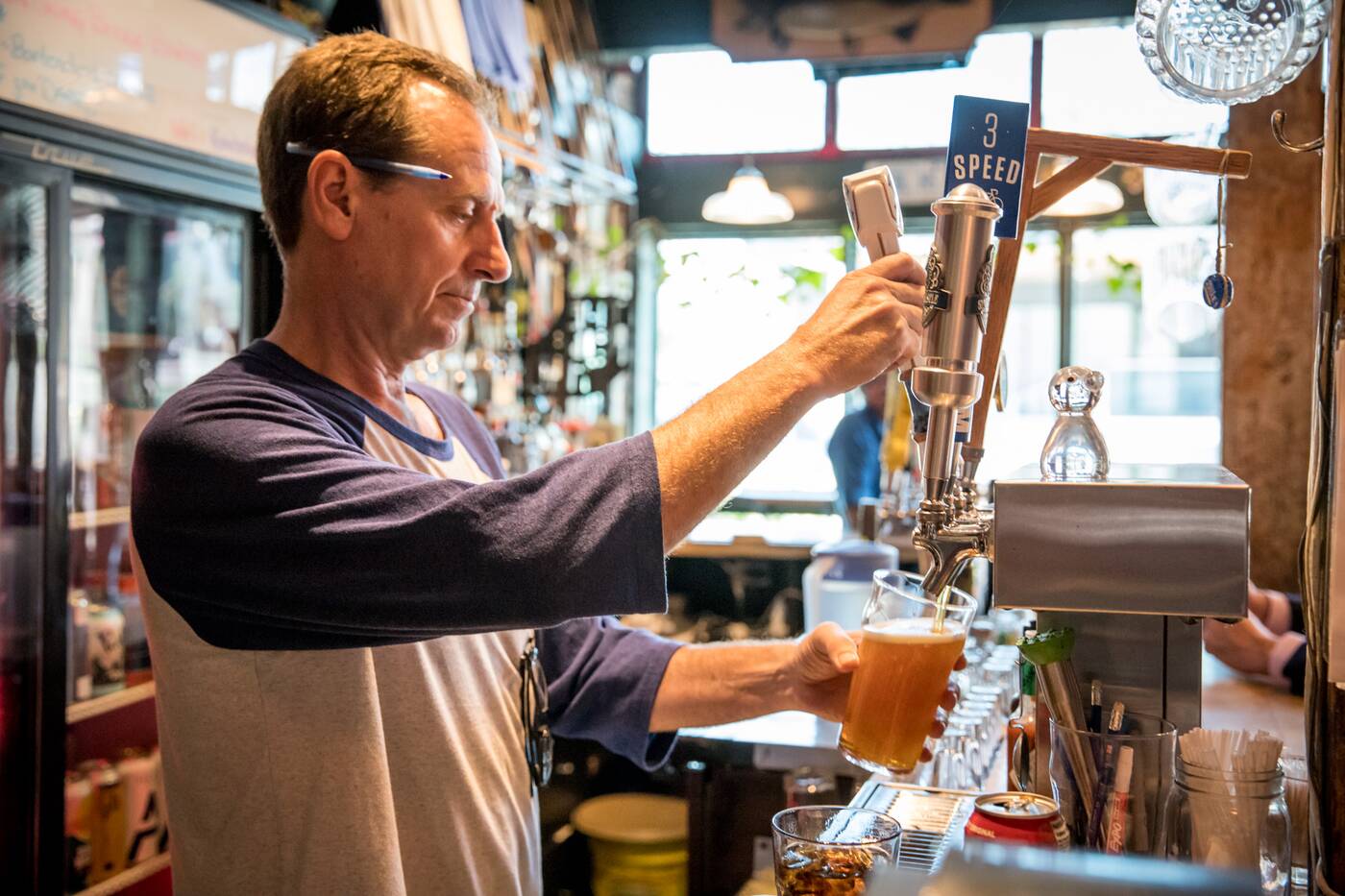 A signature Rebel Lager is cheapest at $7.49 a pint, with nearly two dozen other local craft beers on tap and 10 more in tall cans. 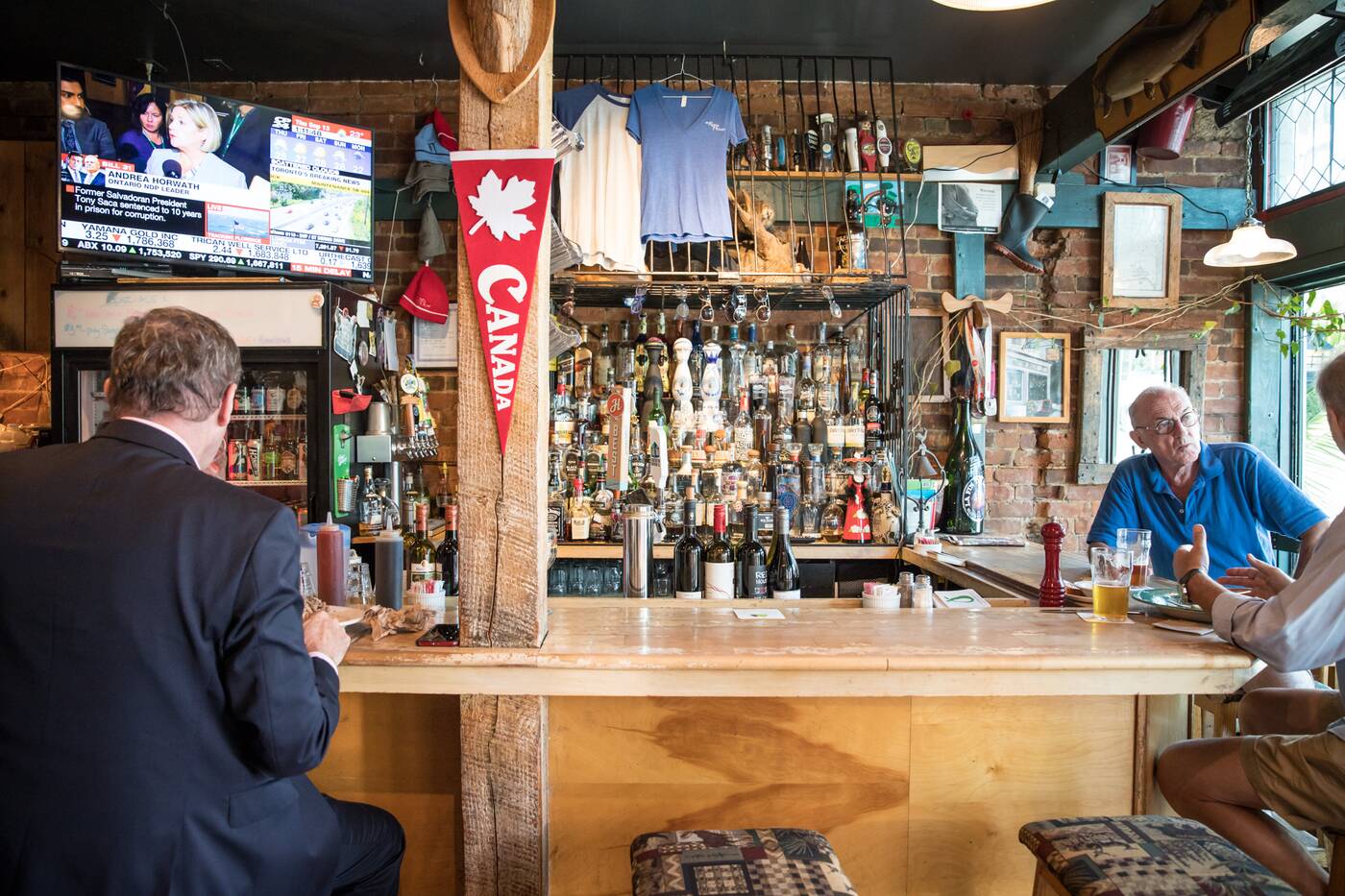 In addition to beer and wine, this place also stocks dozens of varieties of scotch, bourbon and whisky, as well as over 50 tequilas. 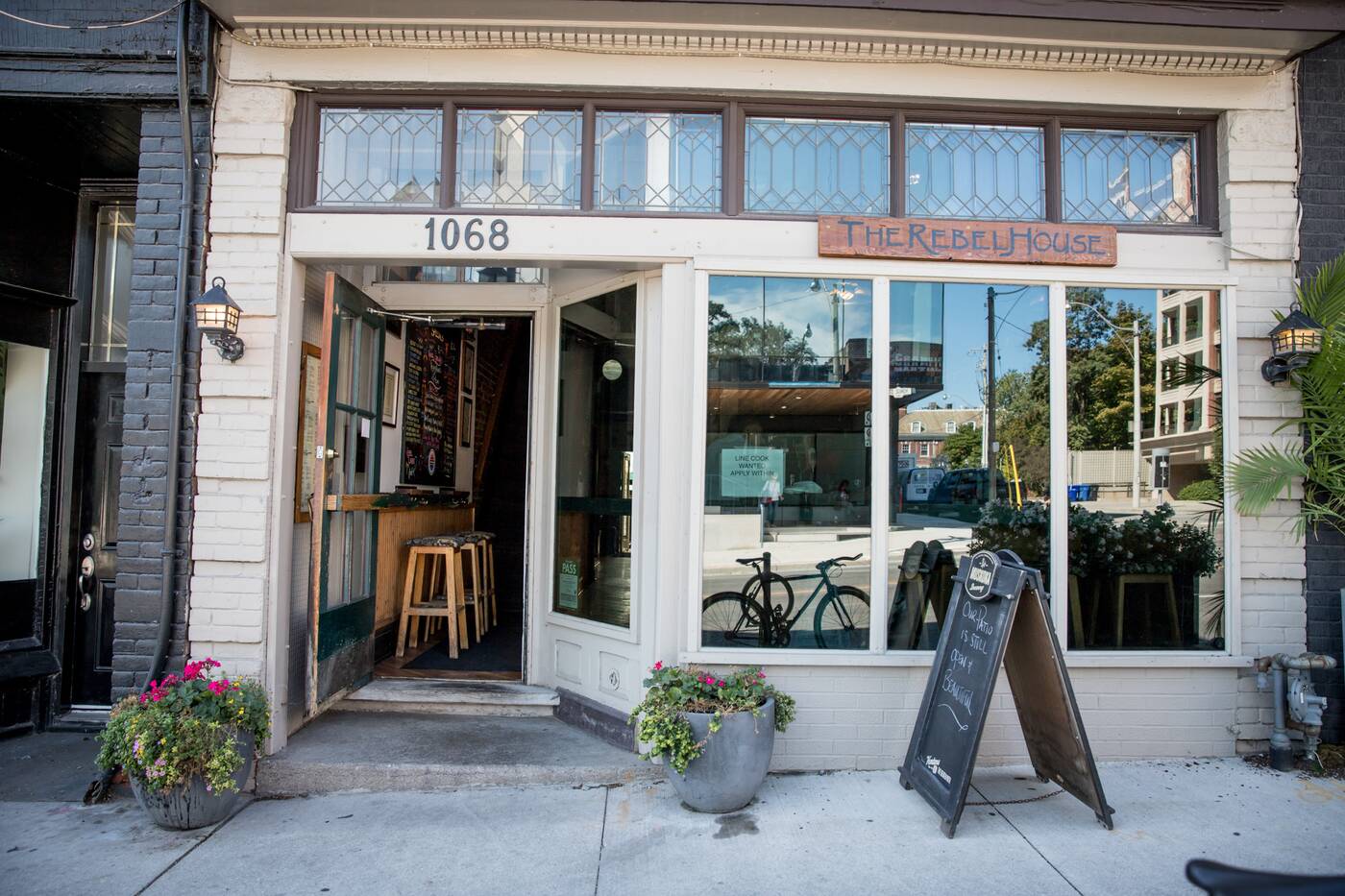