Ramen Raijin is currently open but their offerings and services may be affected due to the pandemic. Please contact the business directly for more information about any changes. Is this your business? Please contact us if you would like to update this message.

It’s owned by the Zakkushi group, which also boasts Zakkushi on Carlton, and is in turn owned by a global Japanese group with restaurants around the world. Teppan Kenta used to occupy this space. 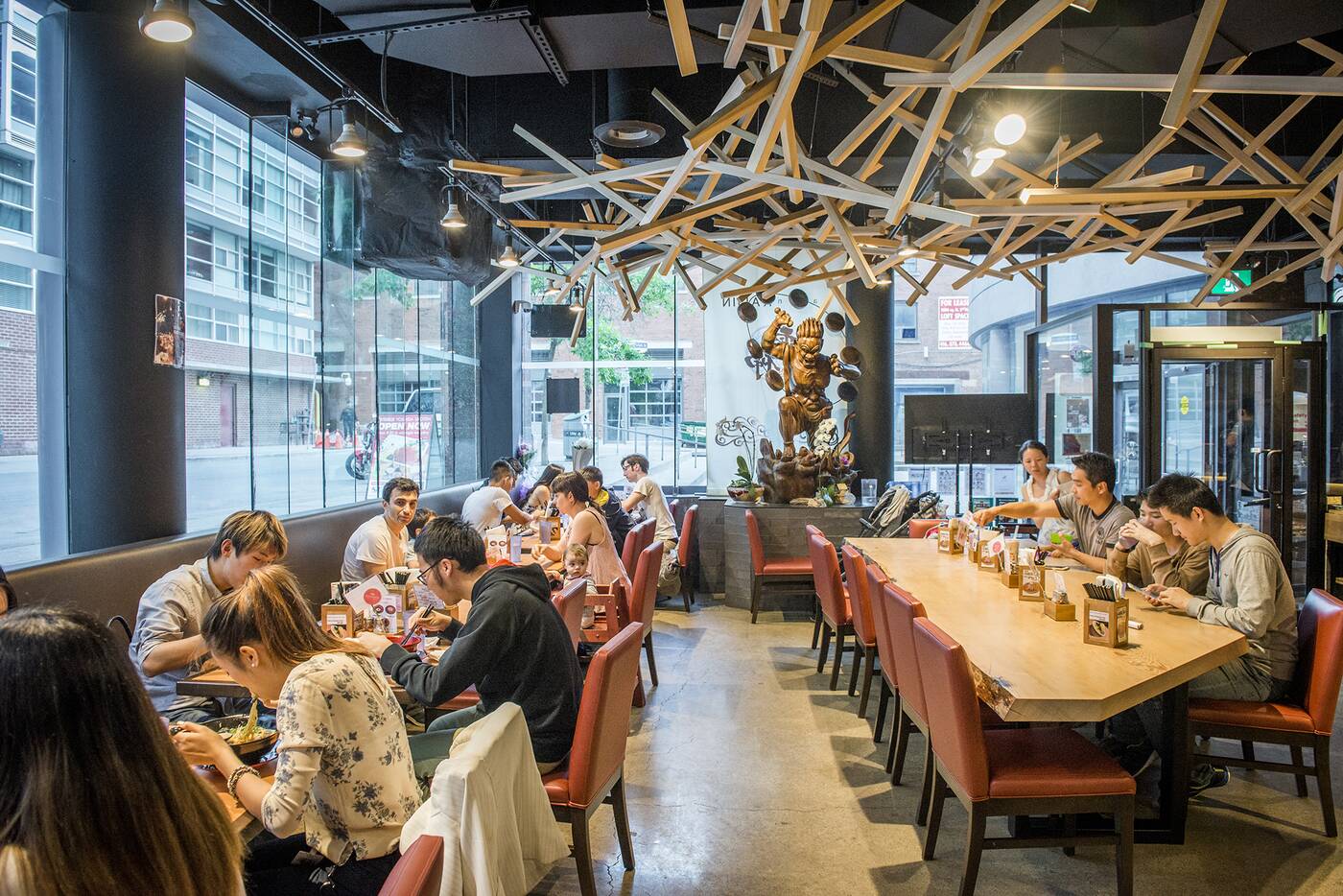 You’ll be greeted by the expected yells and welcomes and sent off with the usual hollered farewells standard at most ramen spots. A high ceiling features wooden beams meant to represent thunder with lights representing lightning. Raijin is the Shinto god of storms. 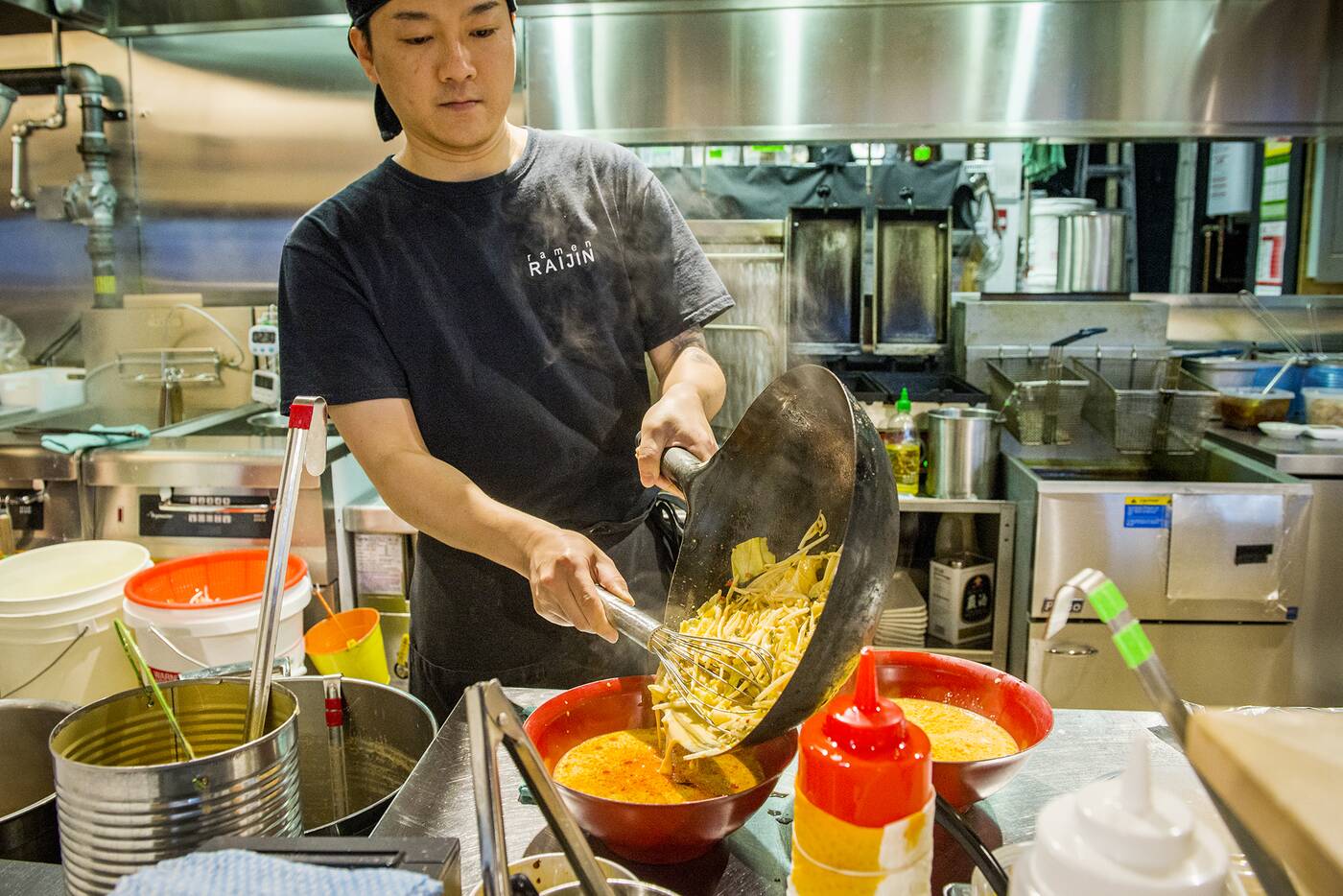 The oddly-shaped space is well utilized with a long table for bigger groups, small tables for more intimate affairs, and a bar facing the flurry of activity in the open kitchen. 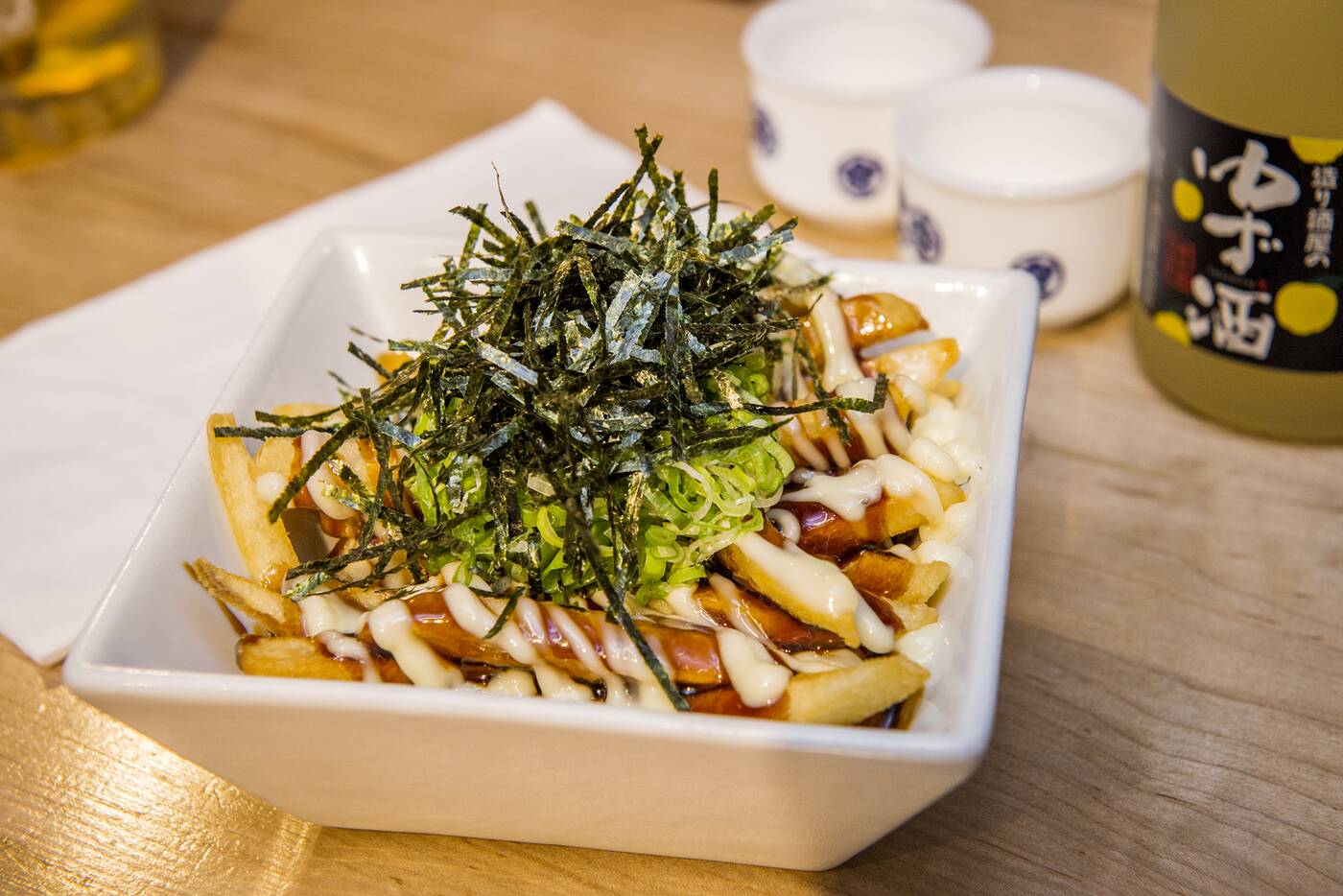 A small plates menu meant to accompany drinks is offered after 9 p.m. and features snacks like a poke bowl ($13.95) and teriyaki poutine ($5.25). 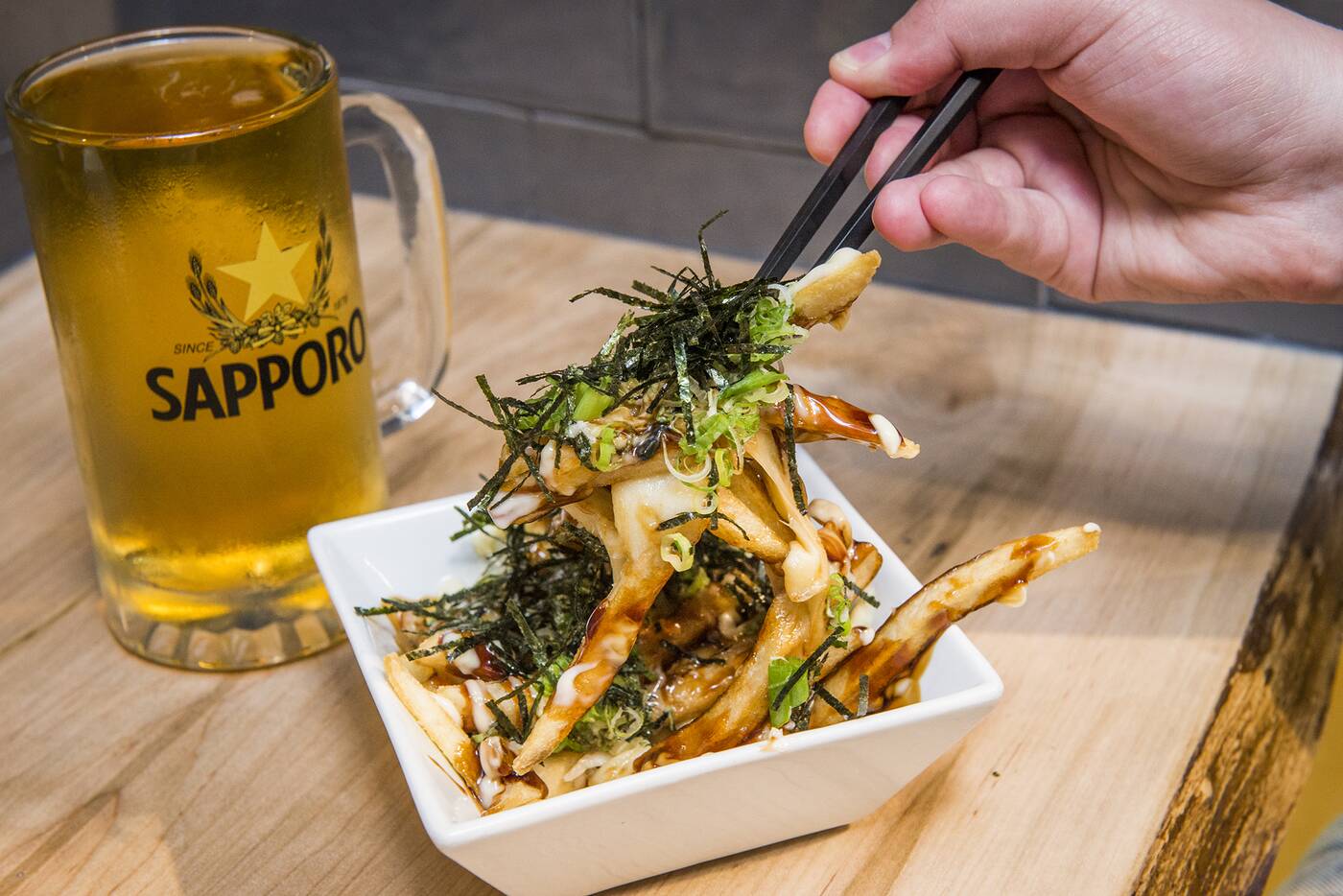 Fries are smothered in a ton of kewpie mayo and layered with cheese, thinly sliced green onion, and nori. 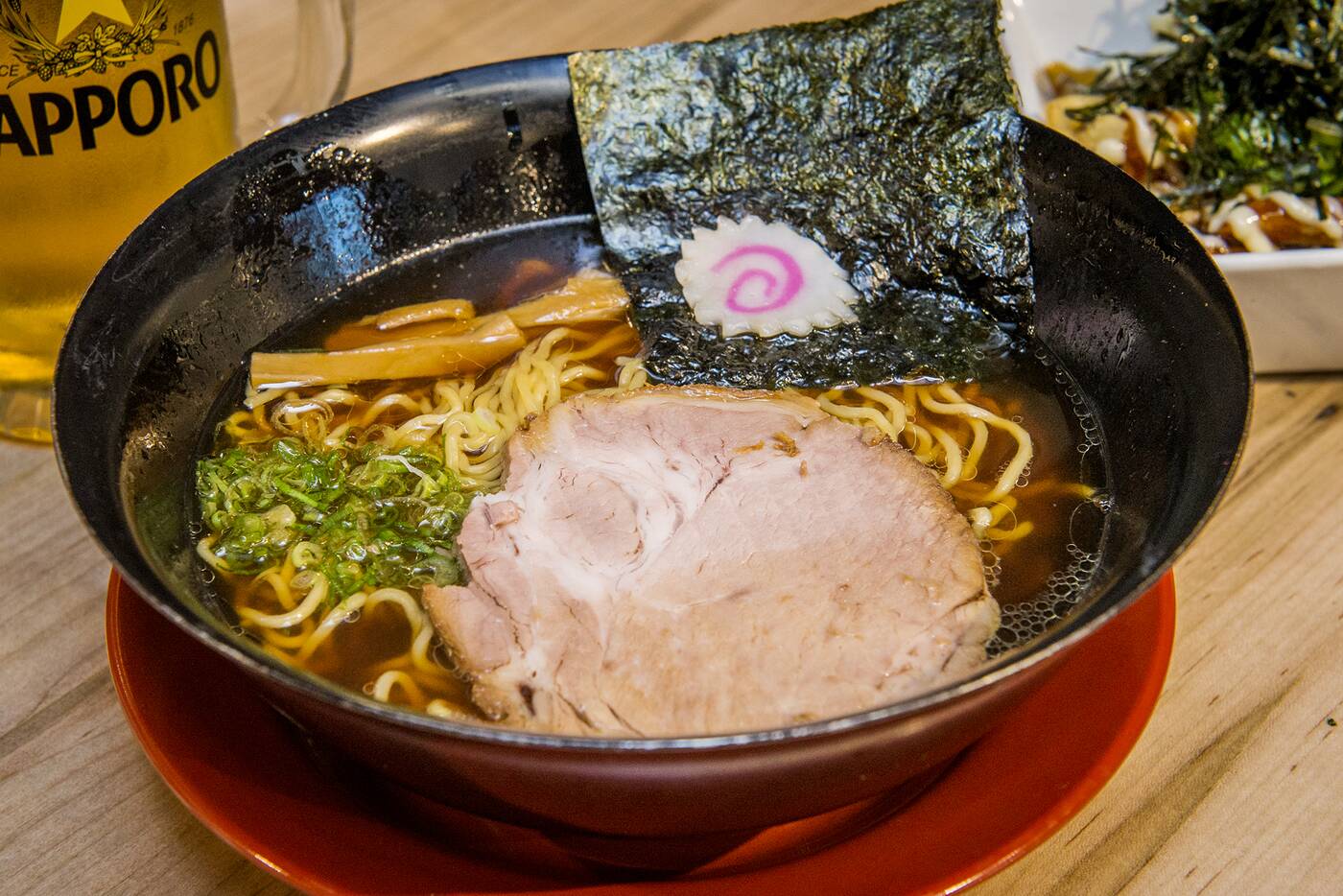 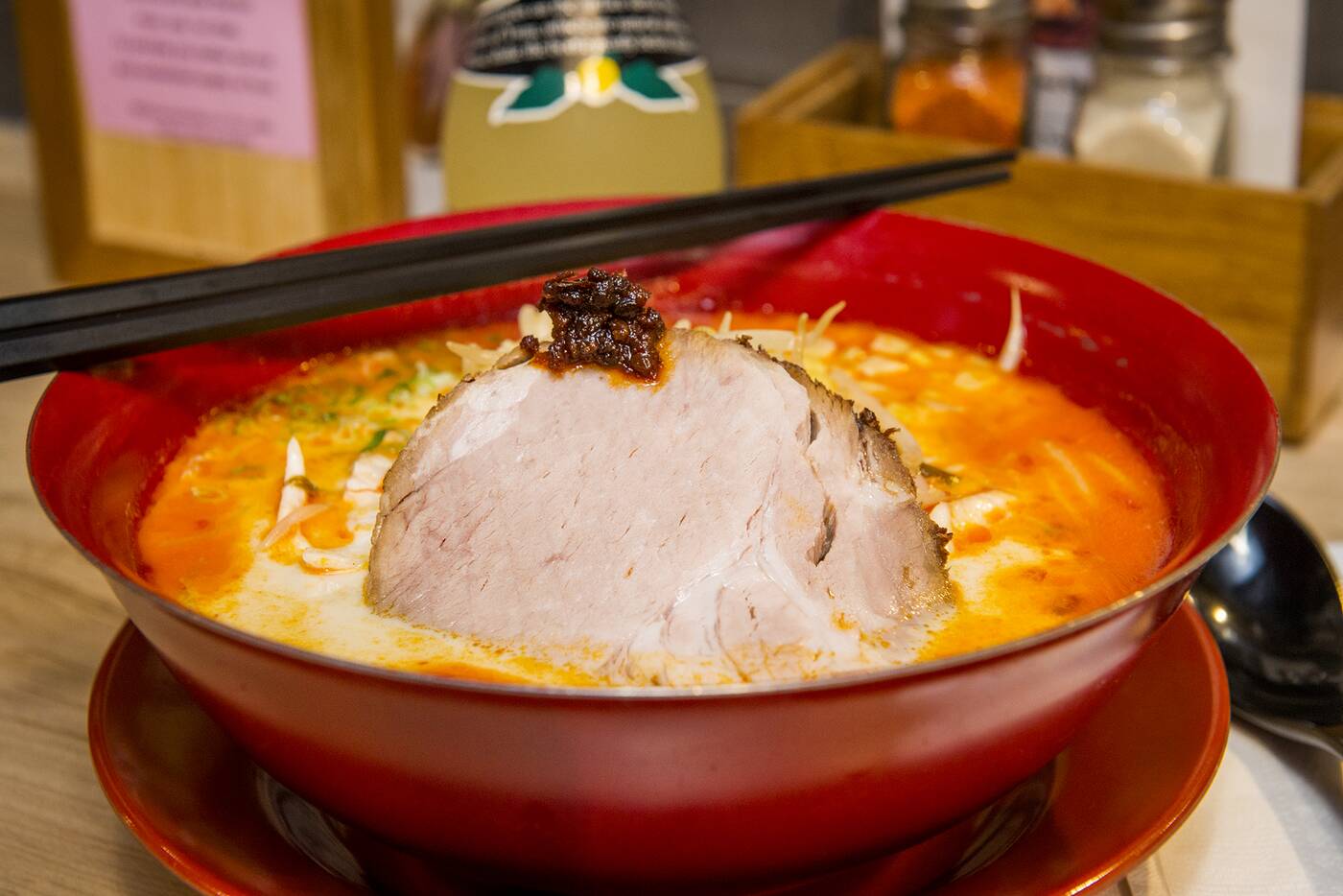 Spicy tonkatsu ramen ($13.50) is an example of their other signature soup style, pork-based and pressure cooked at a high temperature. The rich broth is spicy and flavourful, supporting the pork and noodles, with some corn added for texture. 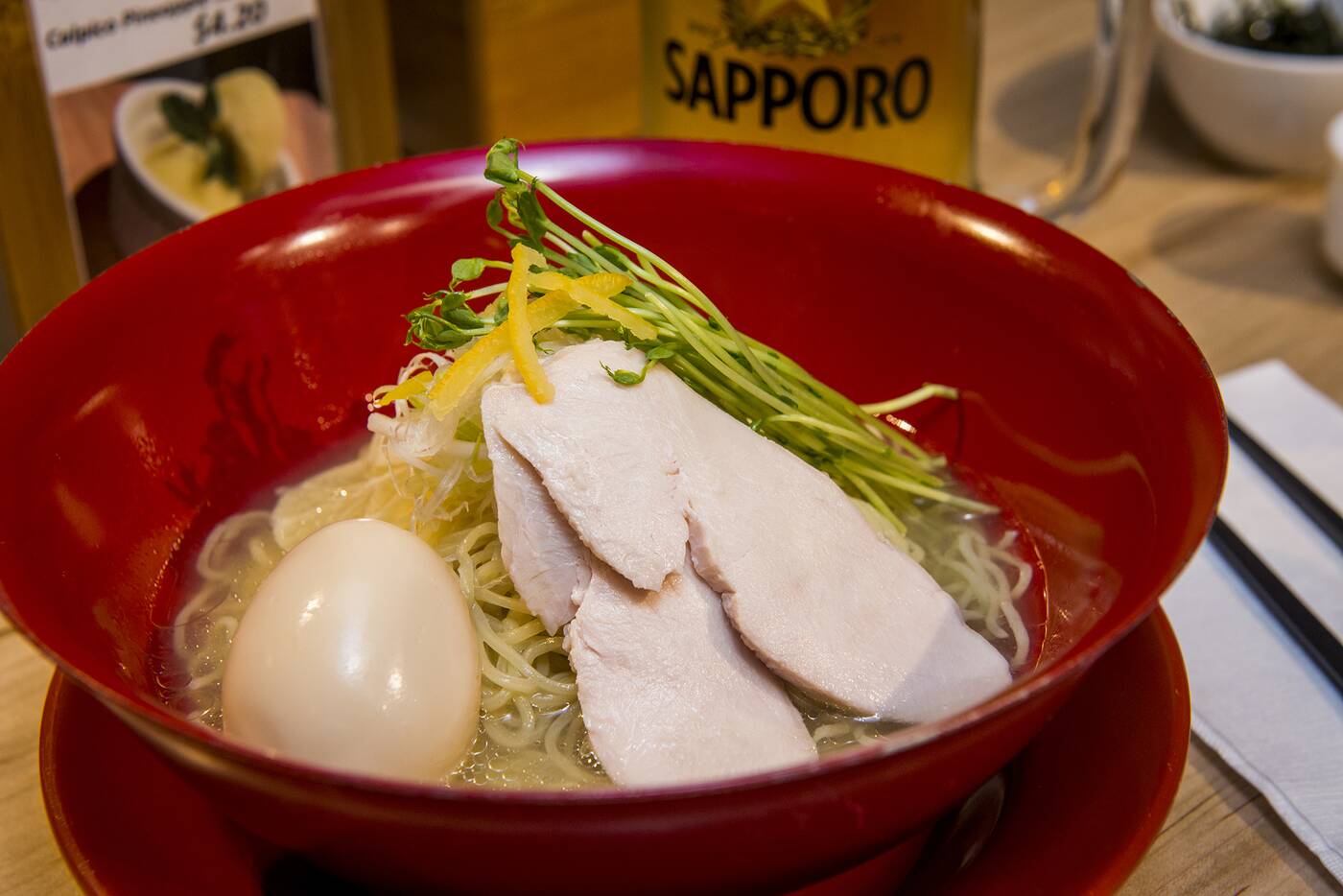 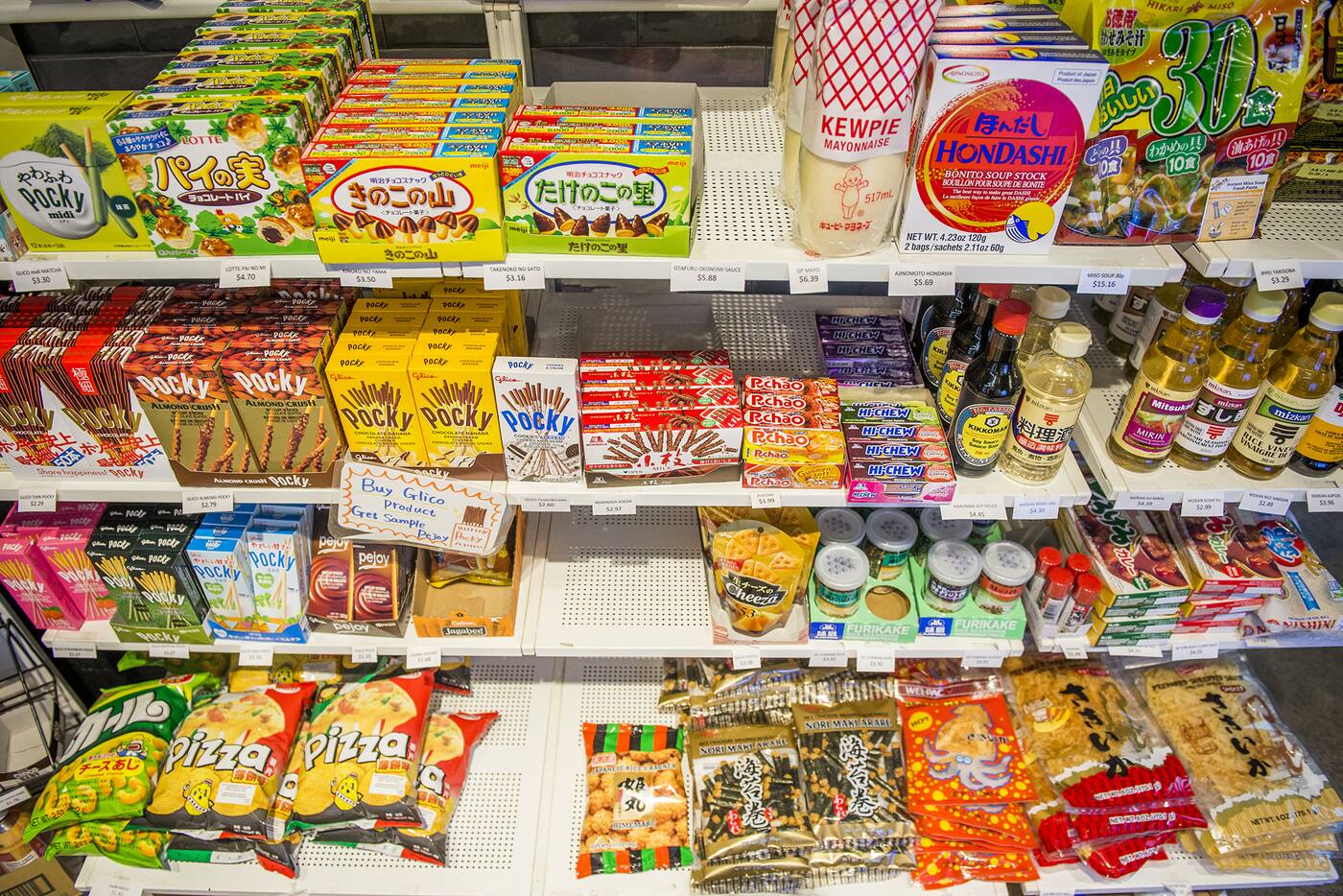 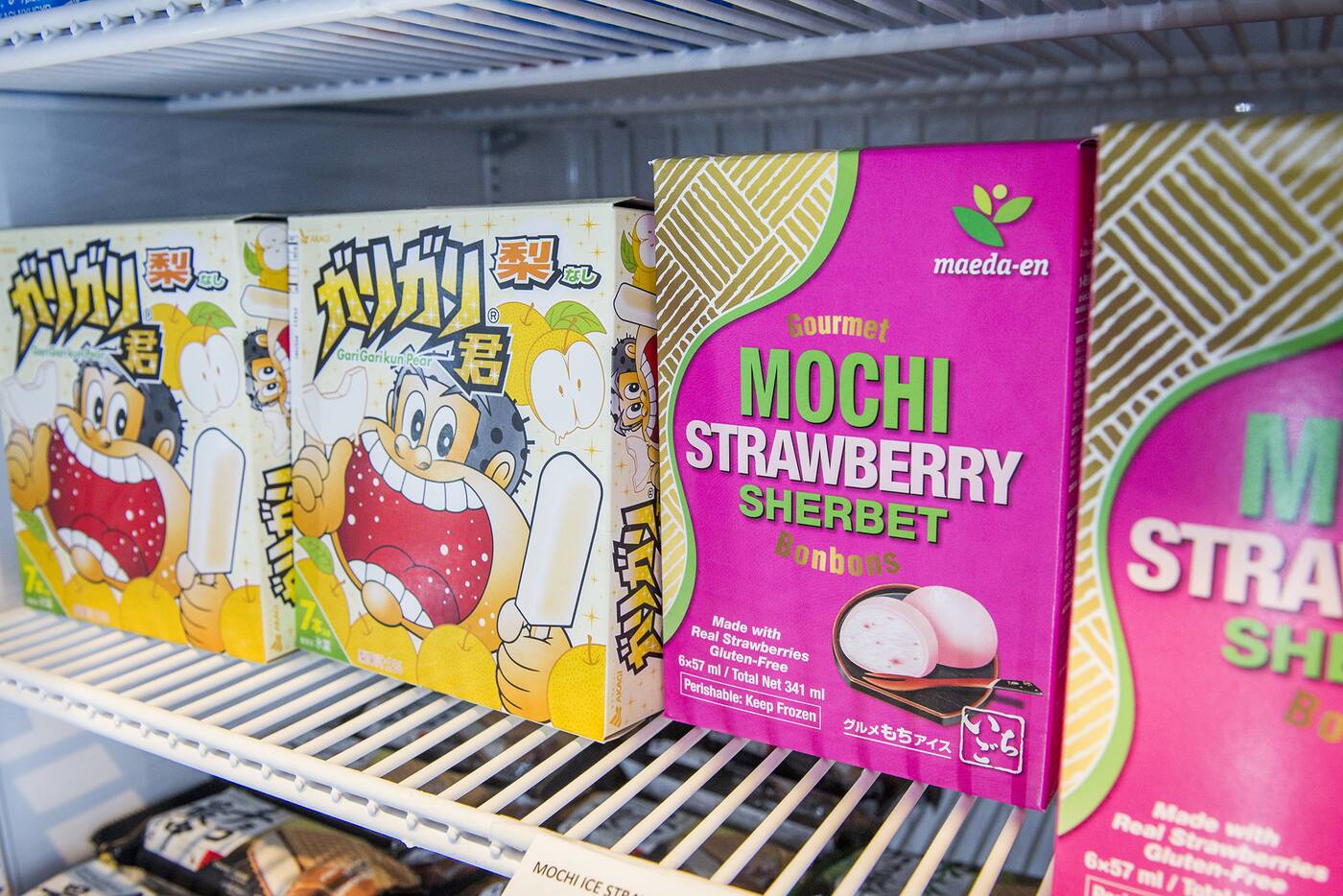 There’s also a frozen section with mochi and other treats like swiss rolls and cream puffs as well as frozen yakisoba and rice balls. 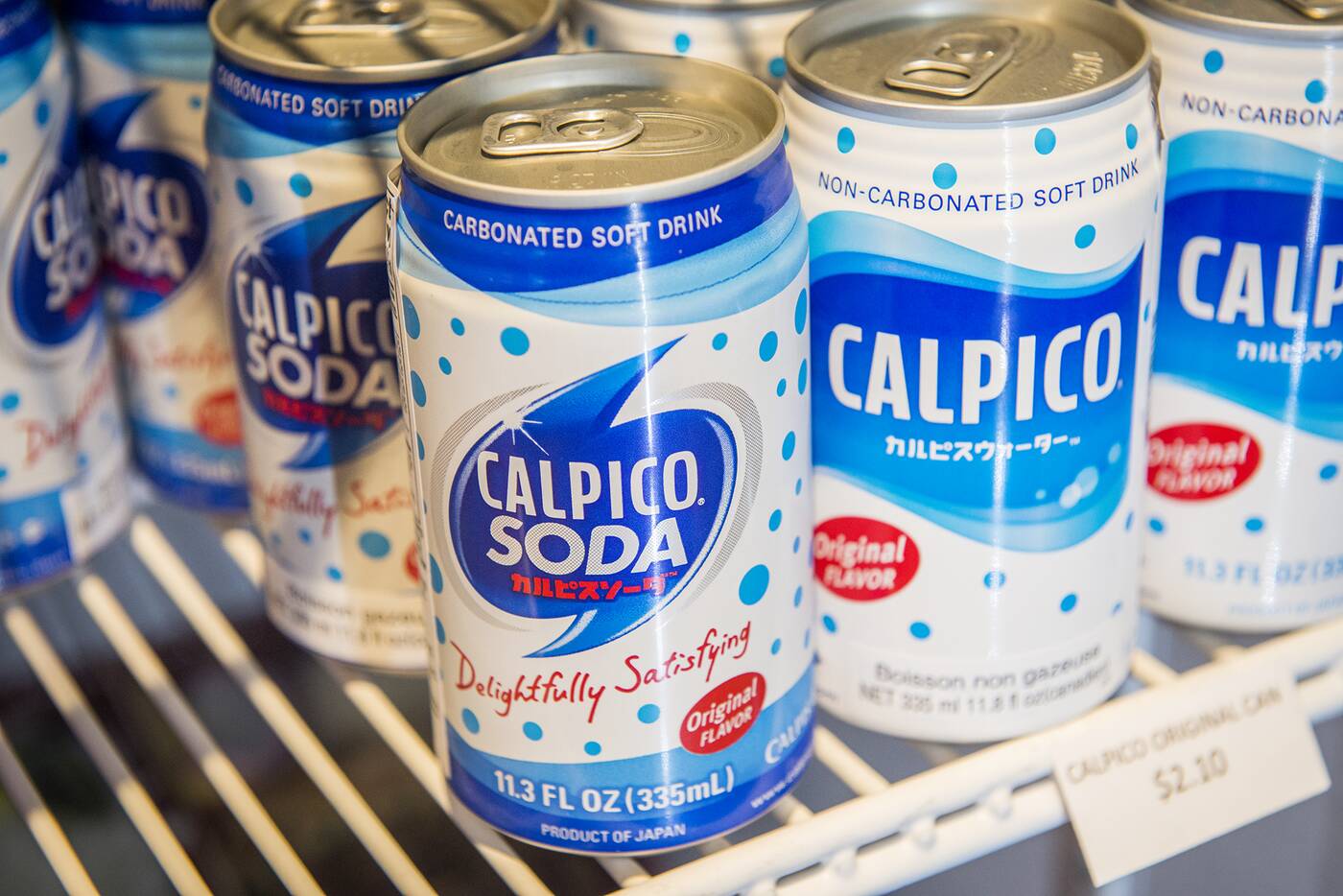 A fridge of beverages has Calpico and UCC coffee. 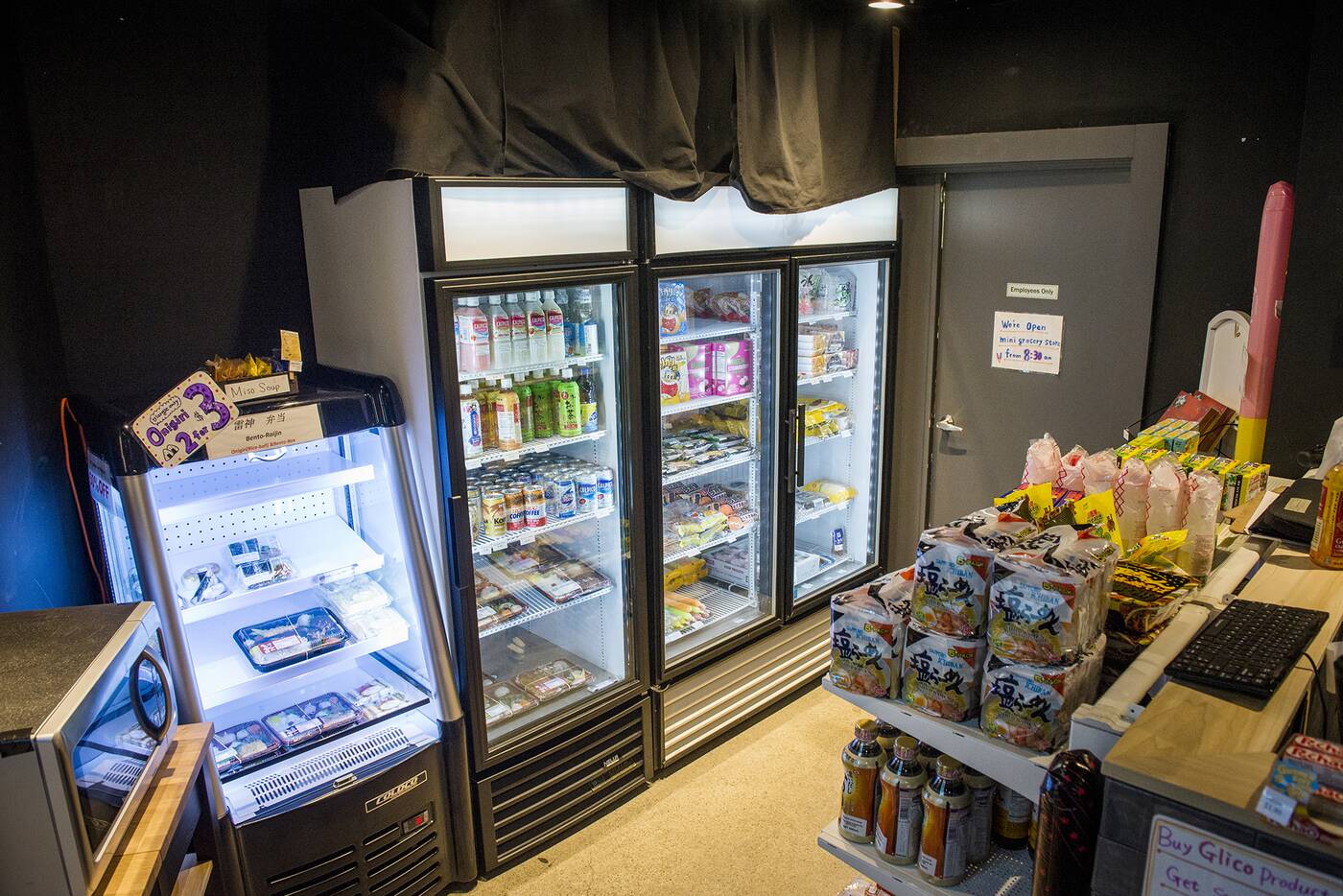 A small area next to it has pre-made items like onigiri at two for $3. 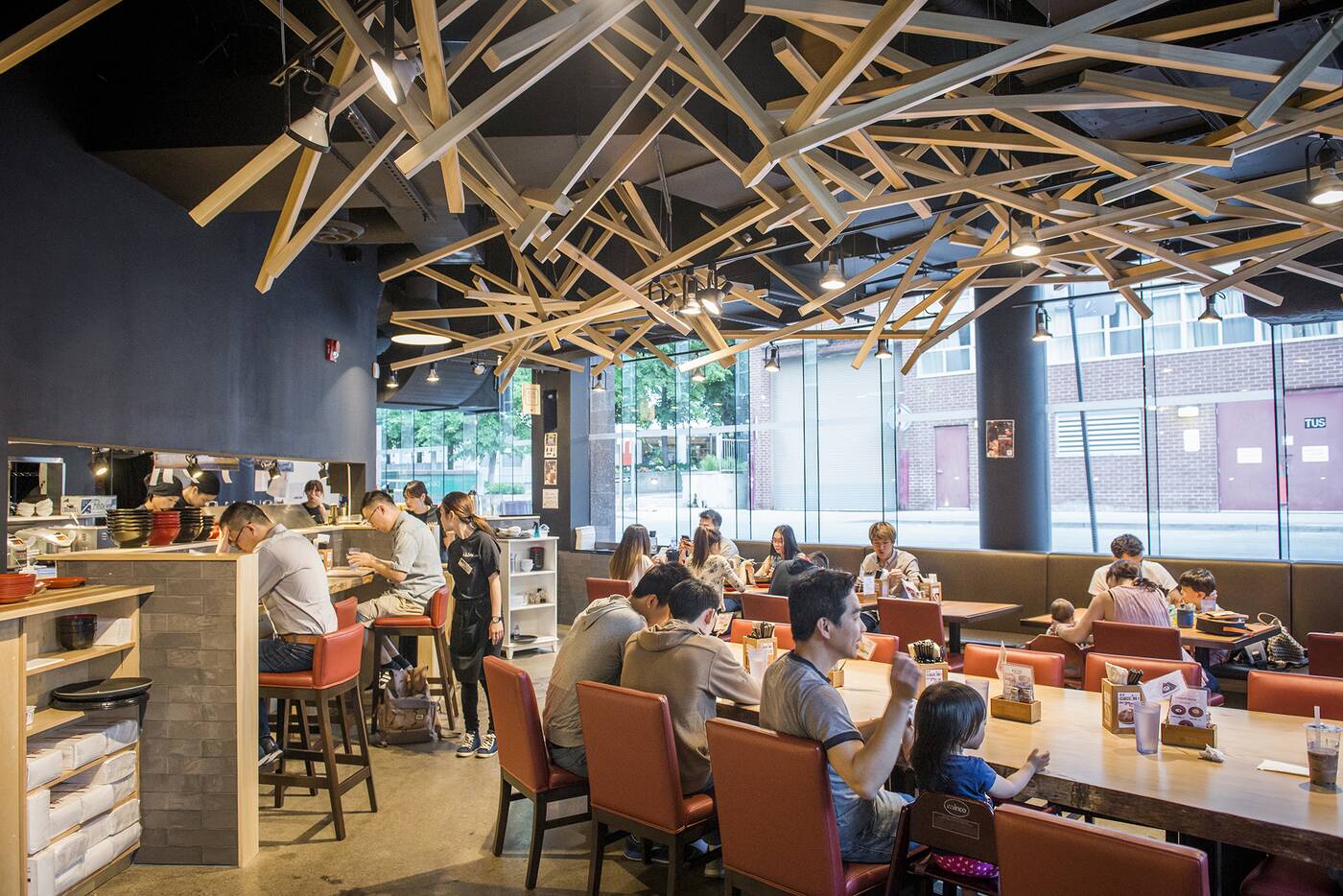 This restaurant used to be located right off Yonge at Gerrard St., but its new location near Wellesley subway station and the hungry lunch crowd from nearby government buildings make it a convenient and fun place for a quick and comforting meal. 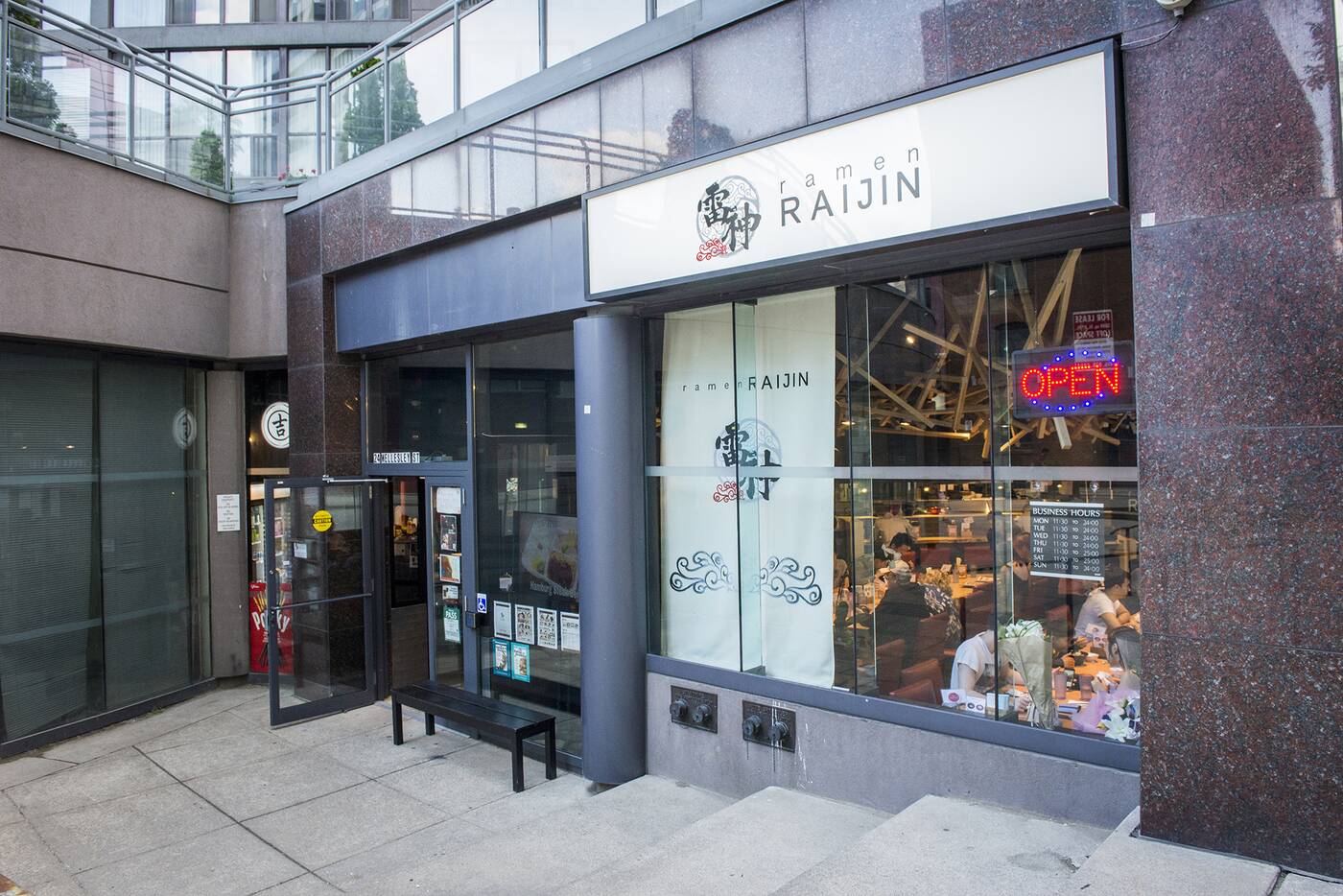